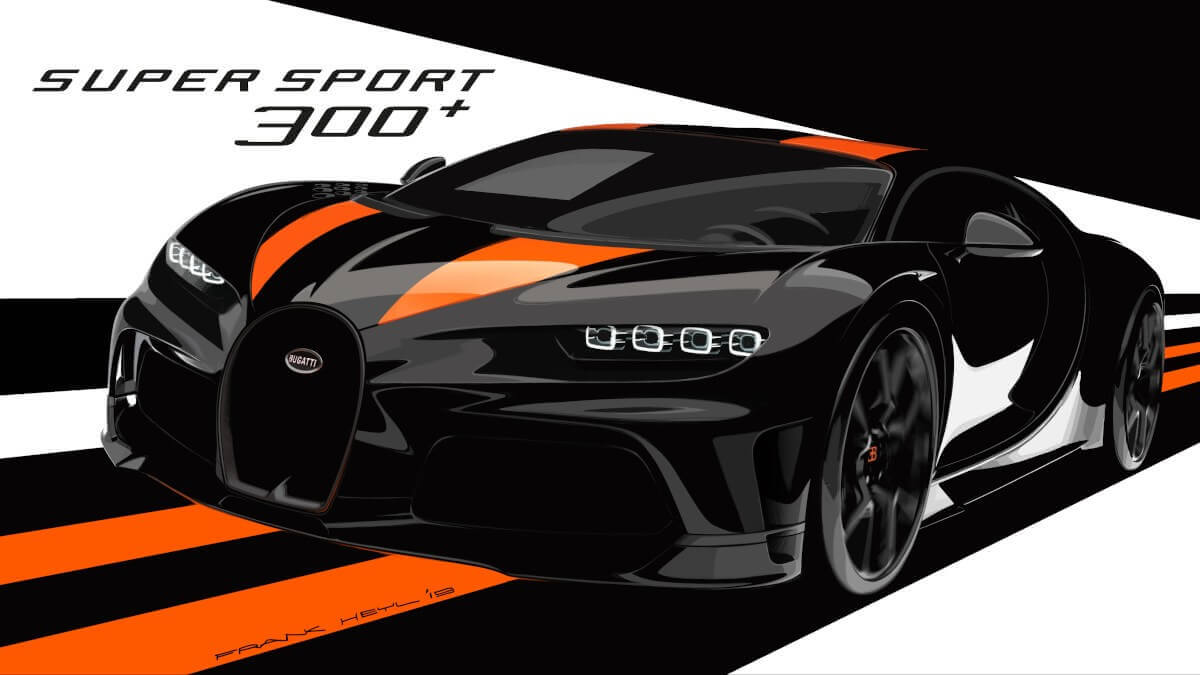 Ever since Bugatti announced that they had passed the 300 mph mark with a ‘near-series prototype of an upcoming Chiron derivative’ on the Volkswagen Group’s test track in Ehra-Lessien, car fans all over the world have been discussing controversially what this value really means and what exactly it is that Bugatti has achieved. So here is a brief summary:

We don’t want to diminish the performance of Bugatti at all, but the speed of the Chiron Super Sport is only an achievement, not a real world record, as many magazines have reported. Nevertheless, the brand decided to launch a limited production run of the car and presented it last weekend as part of the 110th anniversary celebrations at the company’s headquarters in Molsheim. 30 copies of the Chiron Super Sport 300+ will be rolling to waiting customers from mid 2021. Two orange stripes from the front hood to the rear end can be found on the bodywork in black bare carbon. As with the prototype, the changes to the body that made such a high speed possible have also had an effect here. For example, specially designed holes above and outlets behind the front wheels release the air pressure from the wheel arches, the front bumper has been redesigned to create air curtains around the front wheels and the rear has been significantly lengthened to create a clearer edge for the airstream. The exhaust system with two tailpipes positioned one above the other in the diffuser also helps to achieve high speeds by ejecting the exhaust flow far to the rear. The automatically extending rear wing remains retracted when driving in topspeed mode, as the wide diffuser alone generates enough contact pressure. 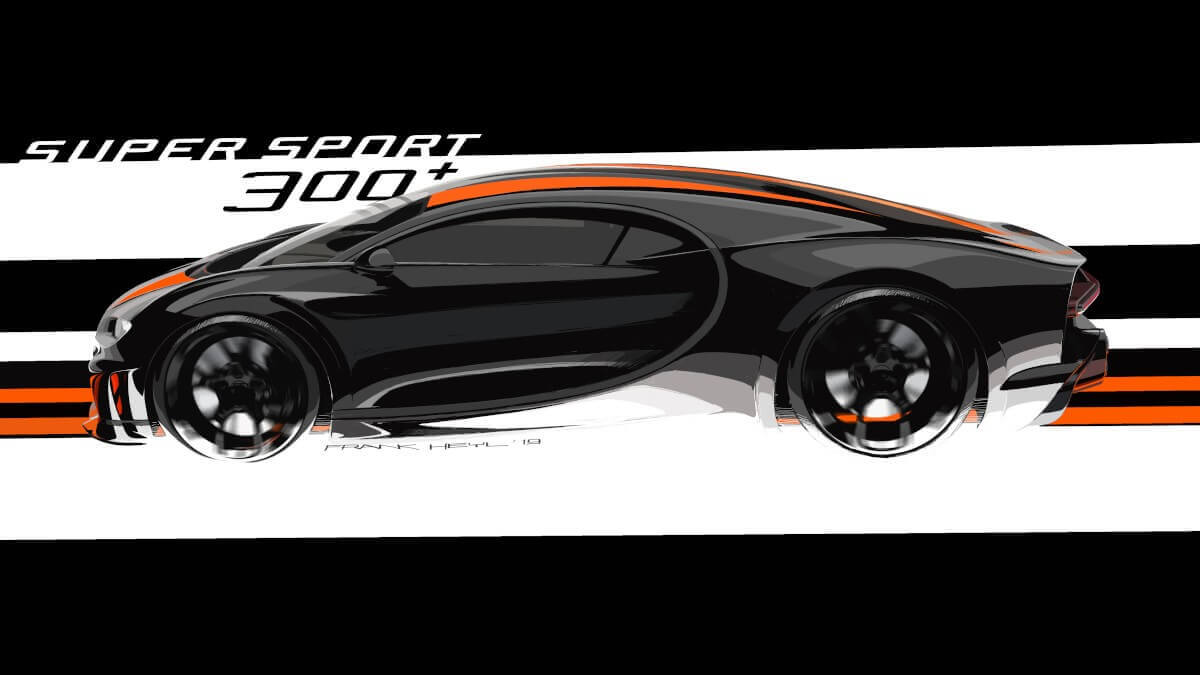 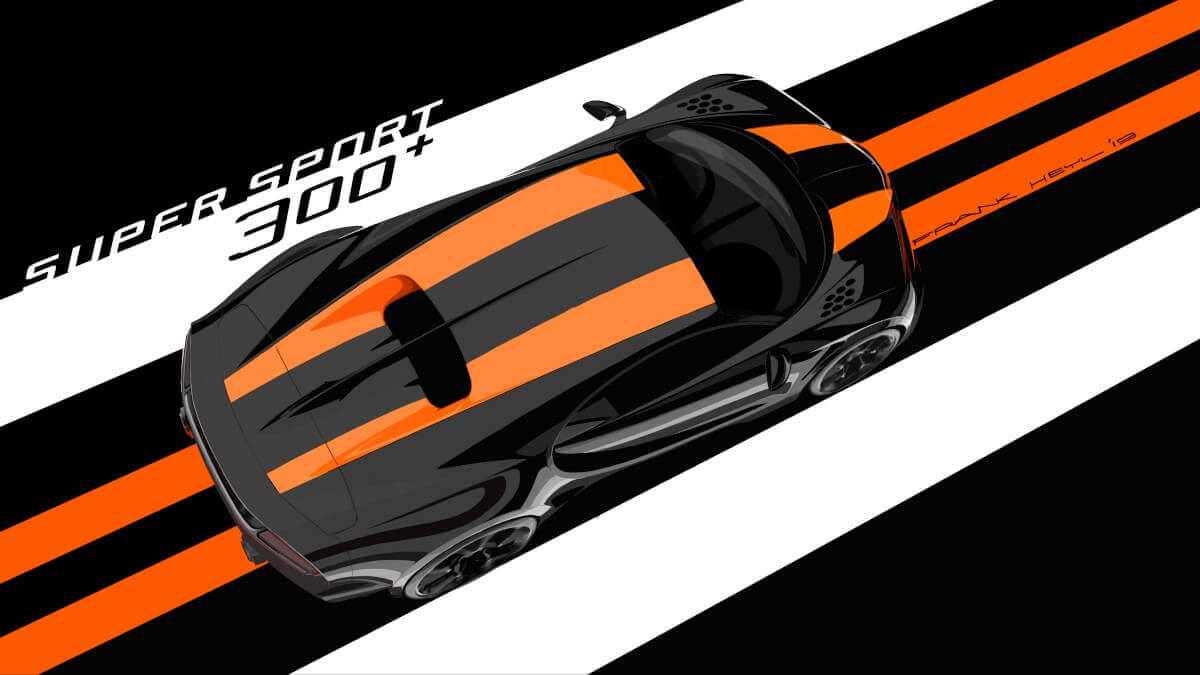 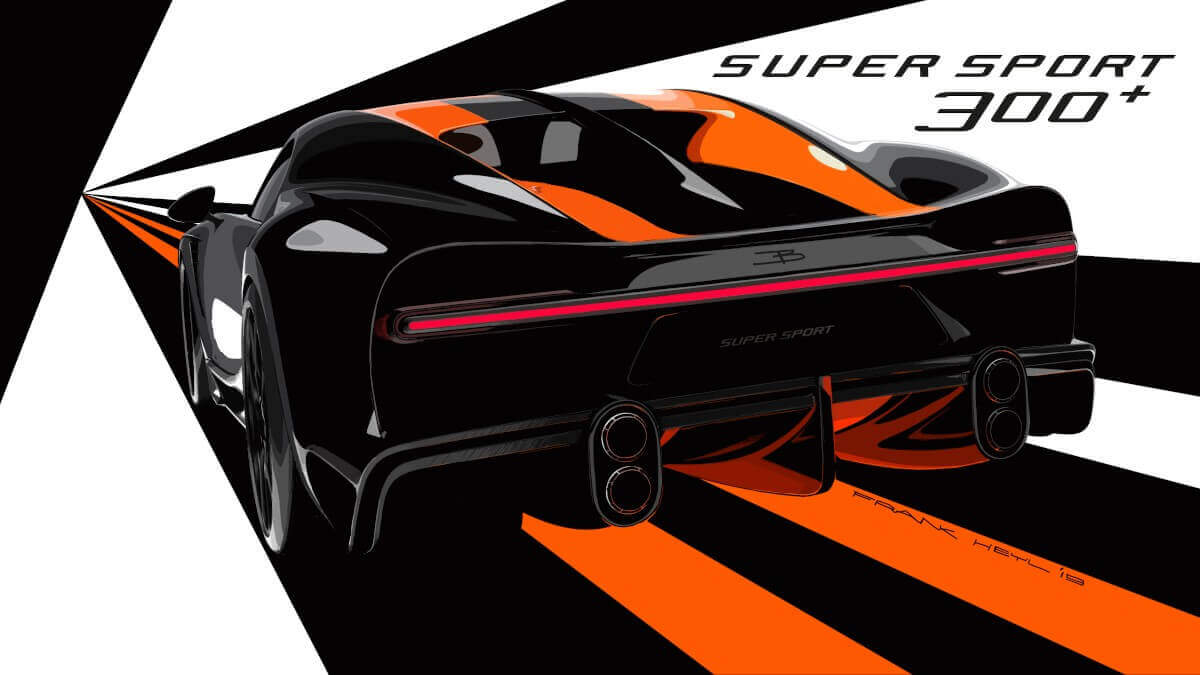 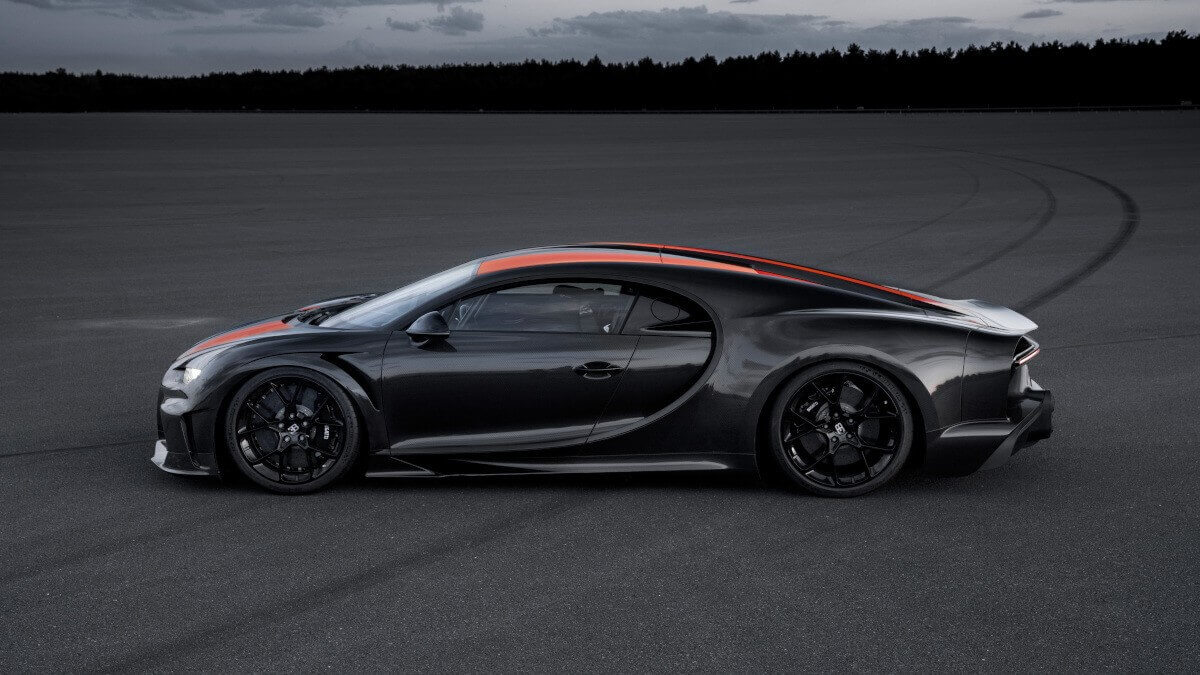 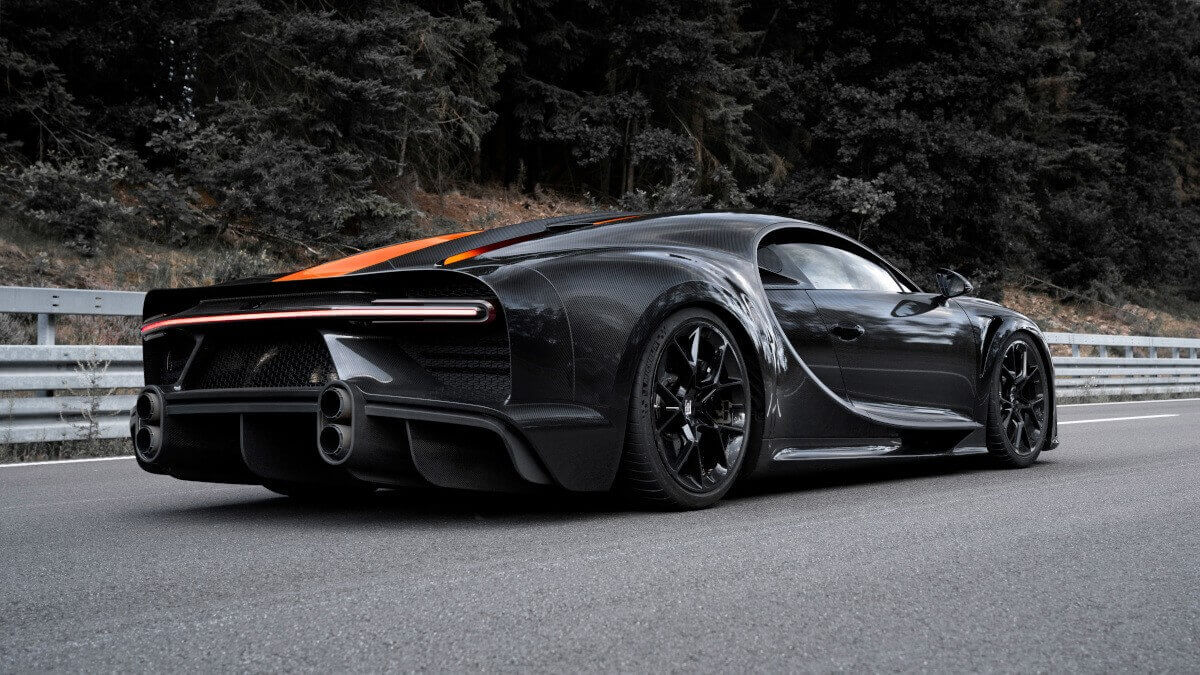 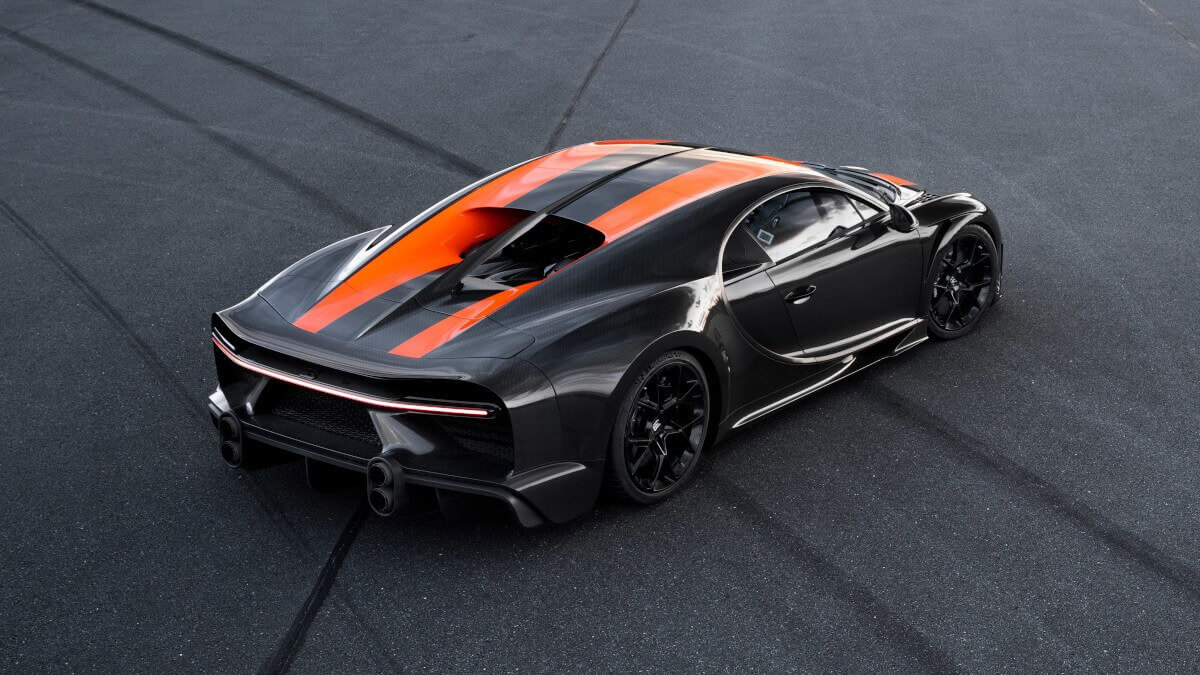 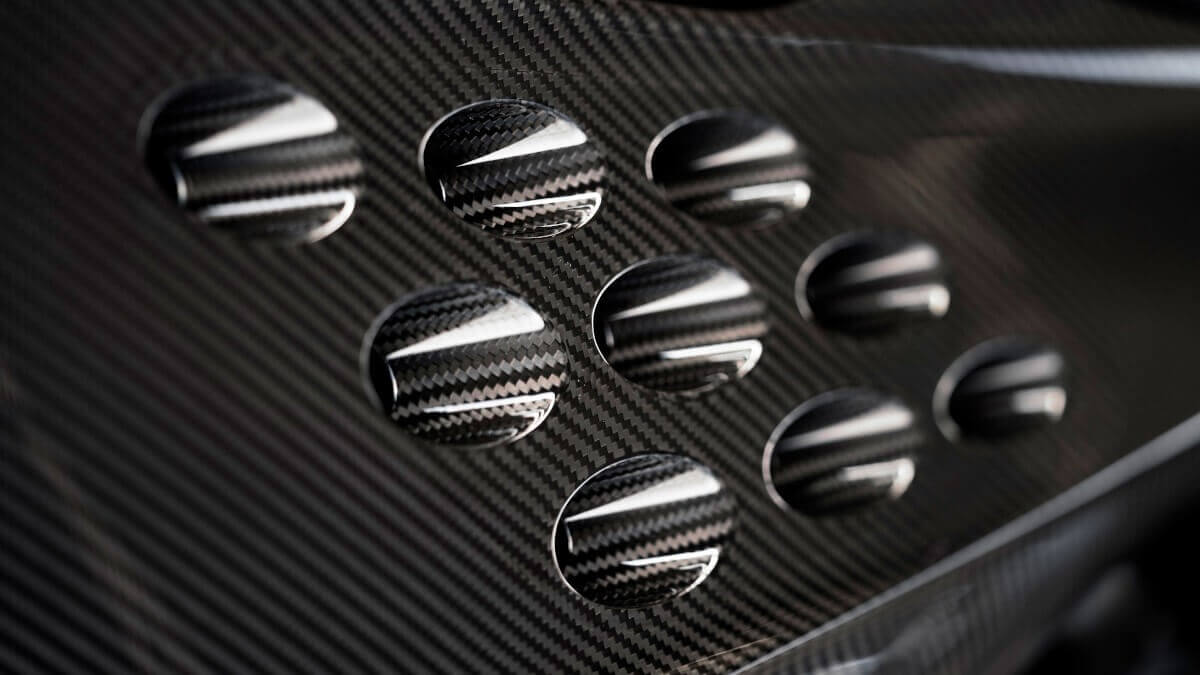 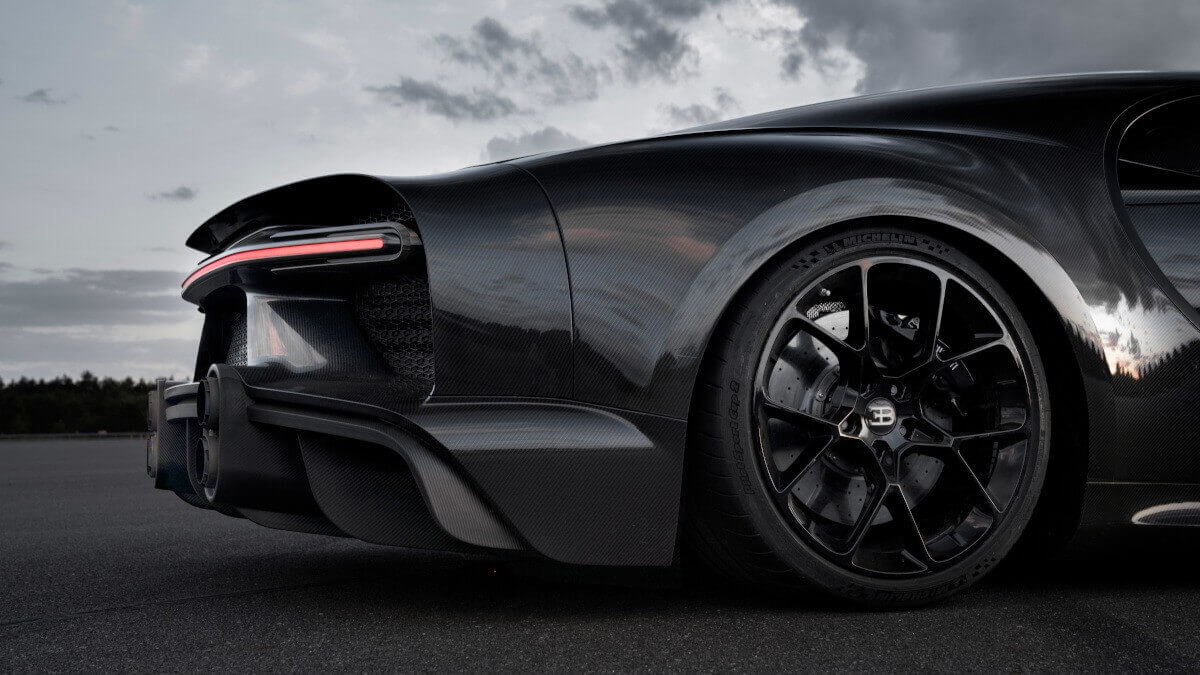 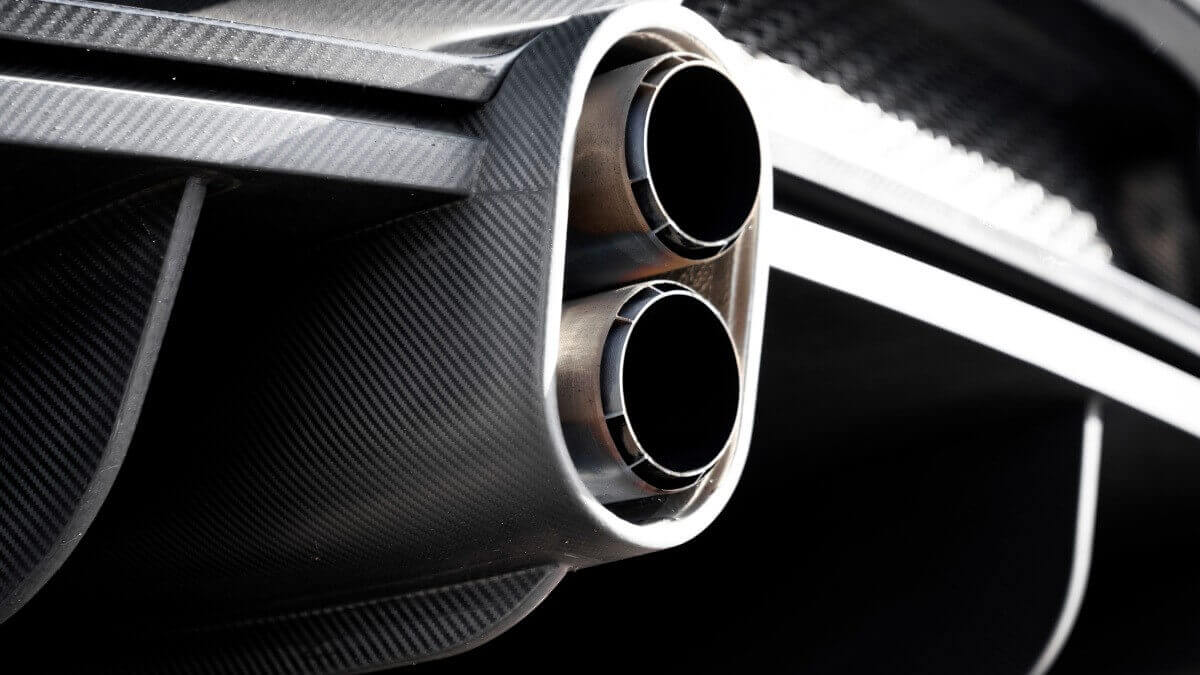 Compared to the normal Chiron, Bugatti increases the engine output of the eight-liter W16 engine in the Chiron Super Sport by 100 to 1,600 hp (1,176 kW). The interior is dominated by black bare carbon in combination with leather and Alcantara in Beluga Black and orange accents. The ‘Super Sport 300+’ lettering is embroidered on the headrests and the lateral knee supports at the center tunnel, which is also painted on the door sills and can be found as an LED logo on the surface next to the vehicle when doors are opened.

Currently, only a few of the 30 planned vehicles are still available from Bugatti dealers worldwide. The price announced is 3.5 million euros plus local taxes. The first vehicles will reach the garages of waiting customers from mid 2021.