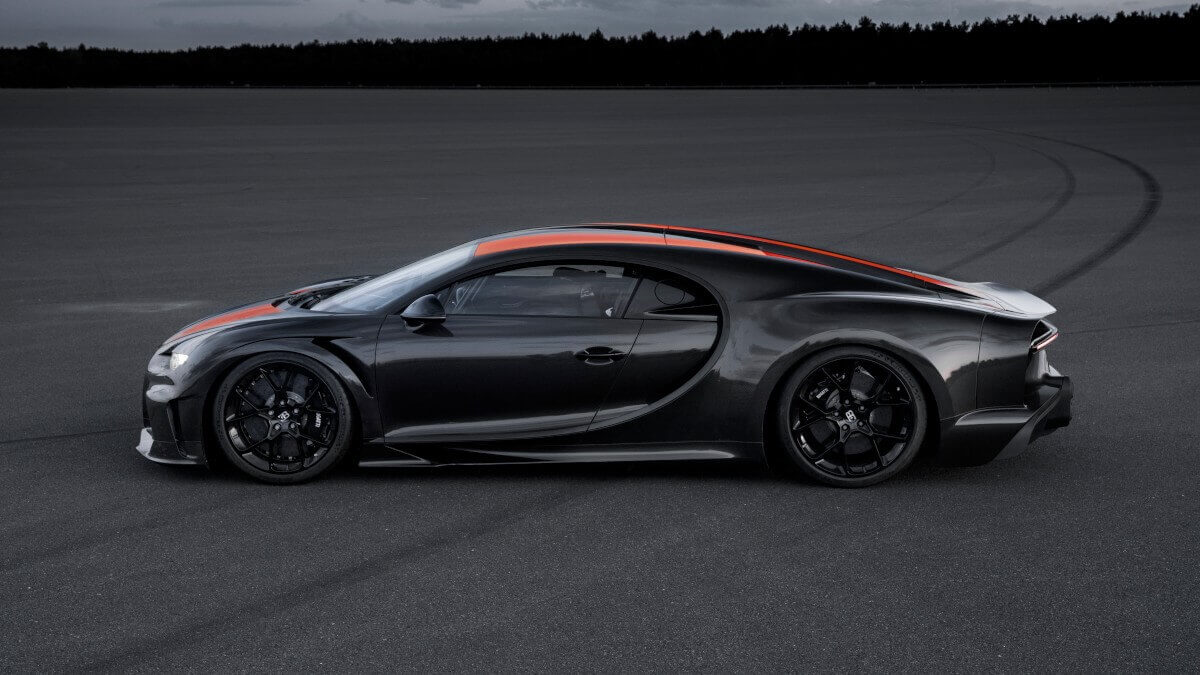 There is still only little information available, but at least with official confirmation. On August 2, Bugatti set a new speed record for production vehicles on the Volkswagen Group’s test track in Ehra-Lessien/Germany. For this purpose, a close-to-production prototype of a not yet presented derivative of the Chiron supercar was used. Presumably this variant is again given the nickname ‘Super Sport’, which was already used on the EB110 and Veyron. Works driver Andy Wallace, winner of the 24 Hours of Le Mans in 1990 and the 24 Hours of Daytona in 1997 and 1999, took the wheel. He also has experience with speed records, as he was the driver who accelerated the legendary McLaren F1 to 386.4 kph (240.09 mph) in 1998, also at Ehra-Lessien. 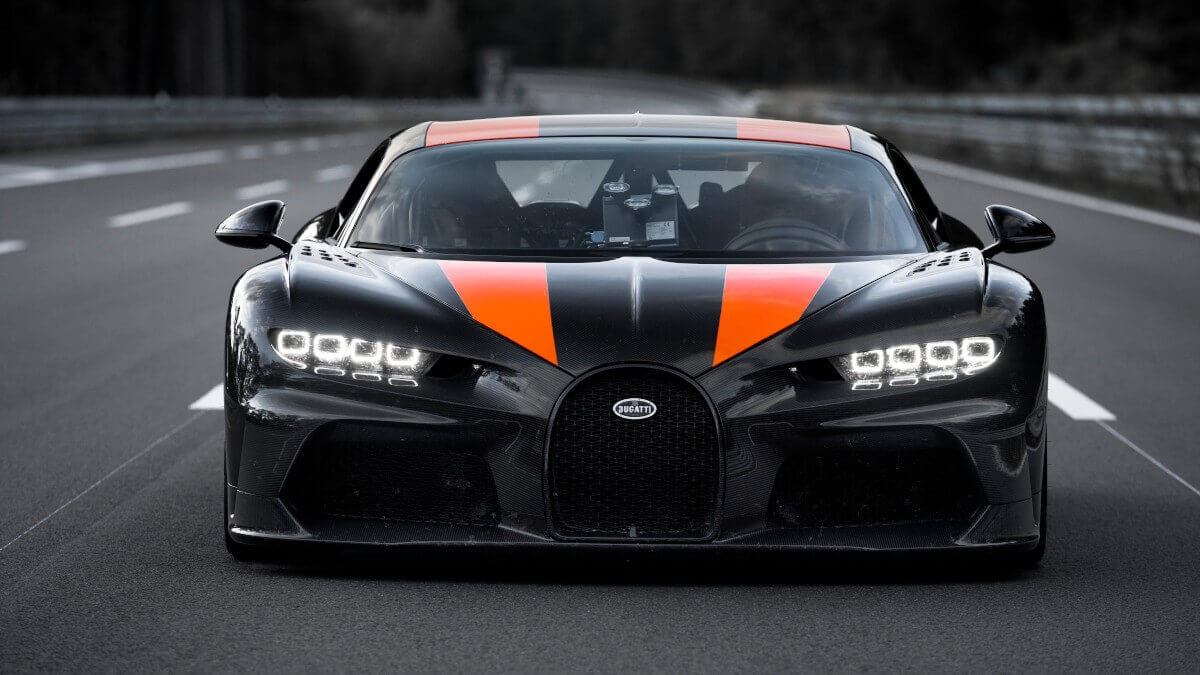 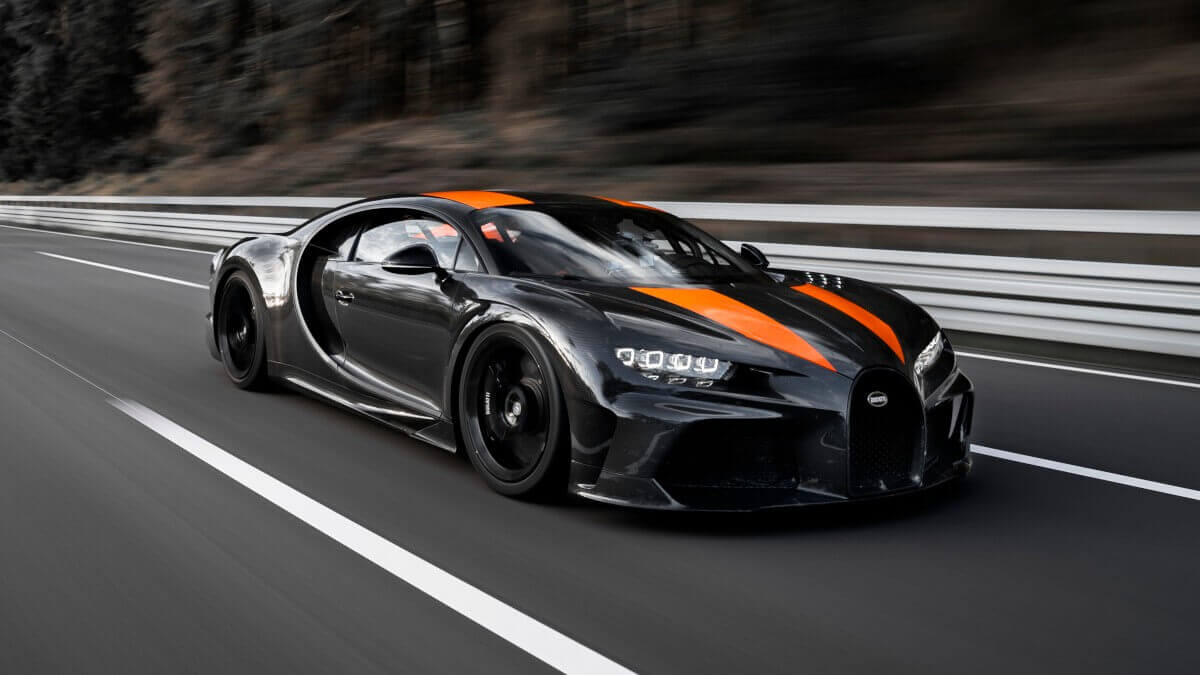 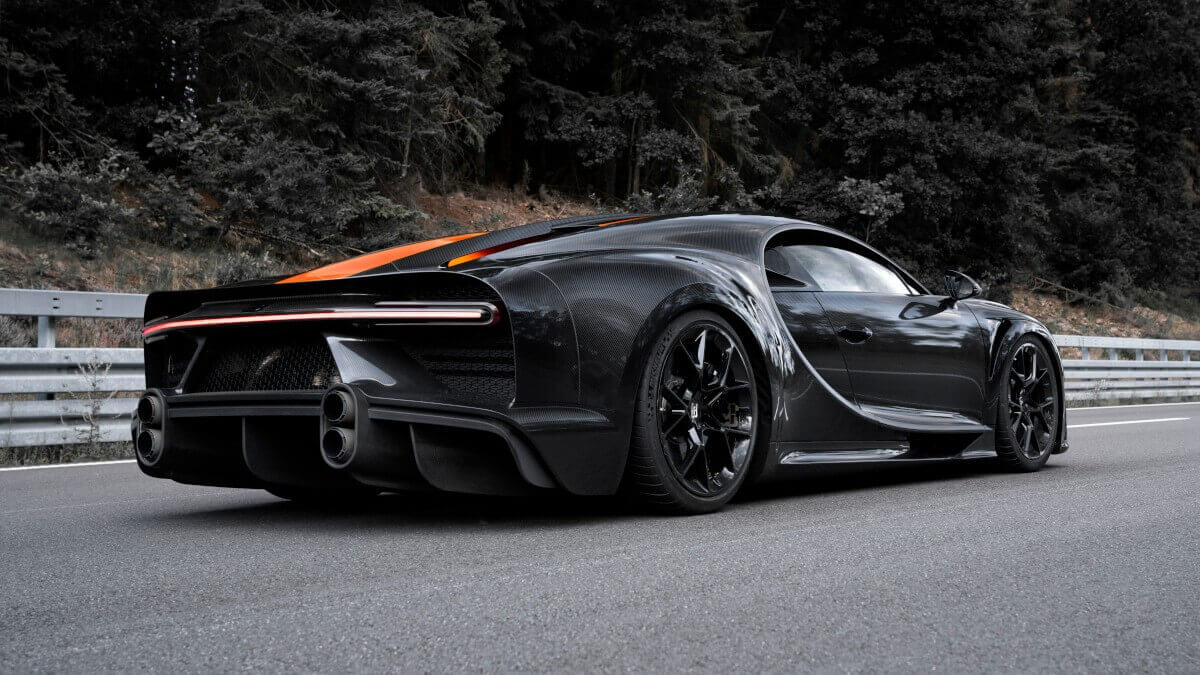 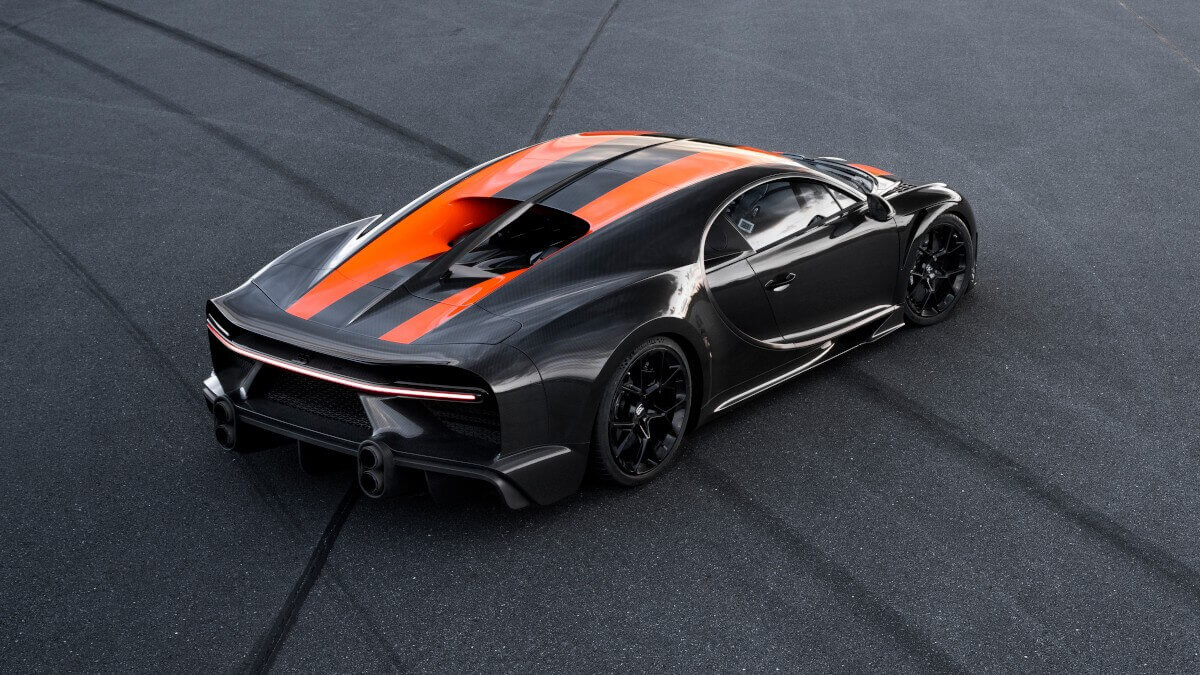 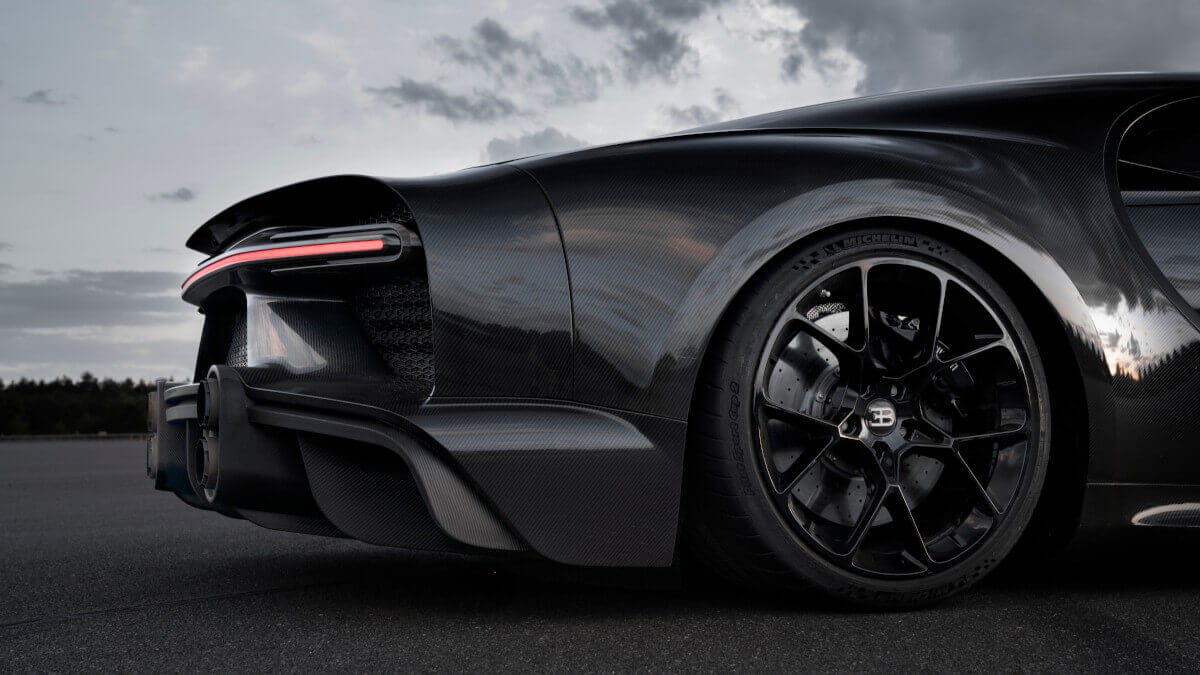 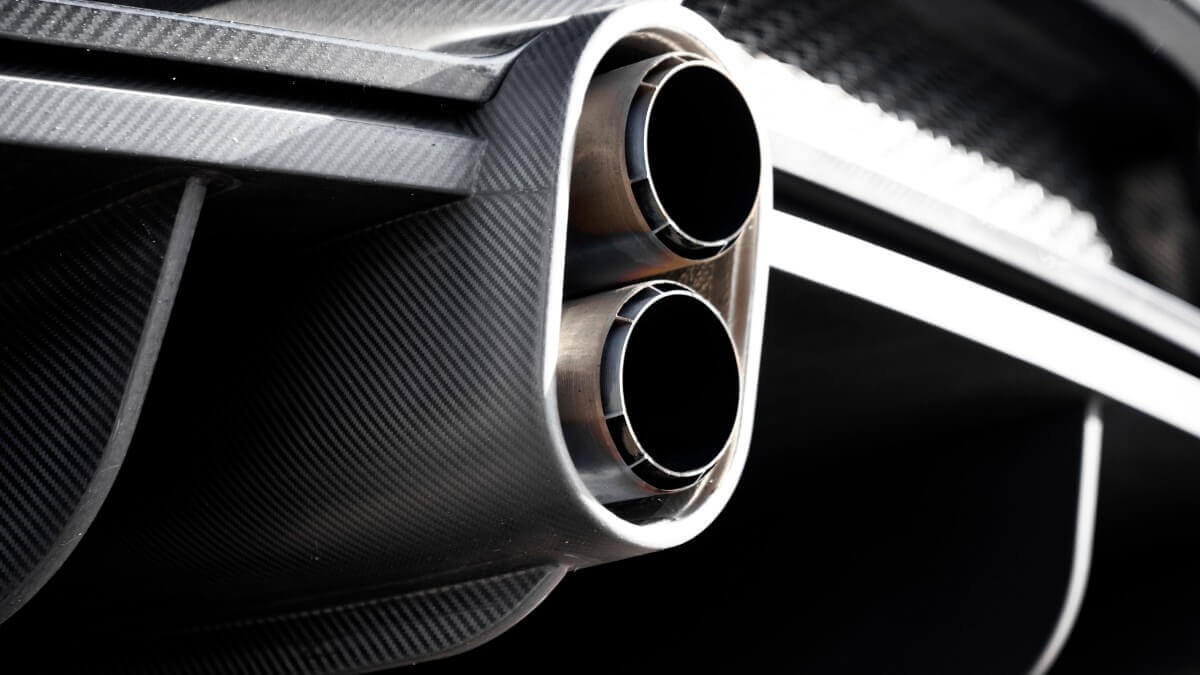 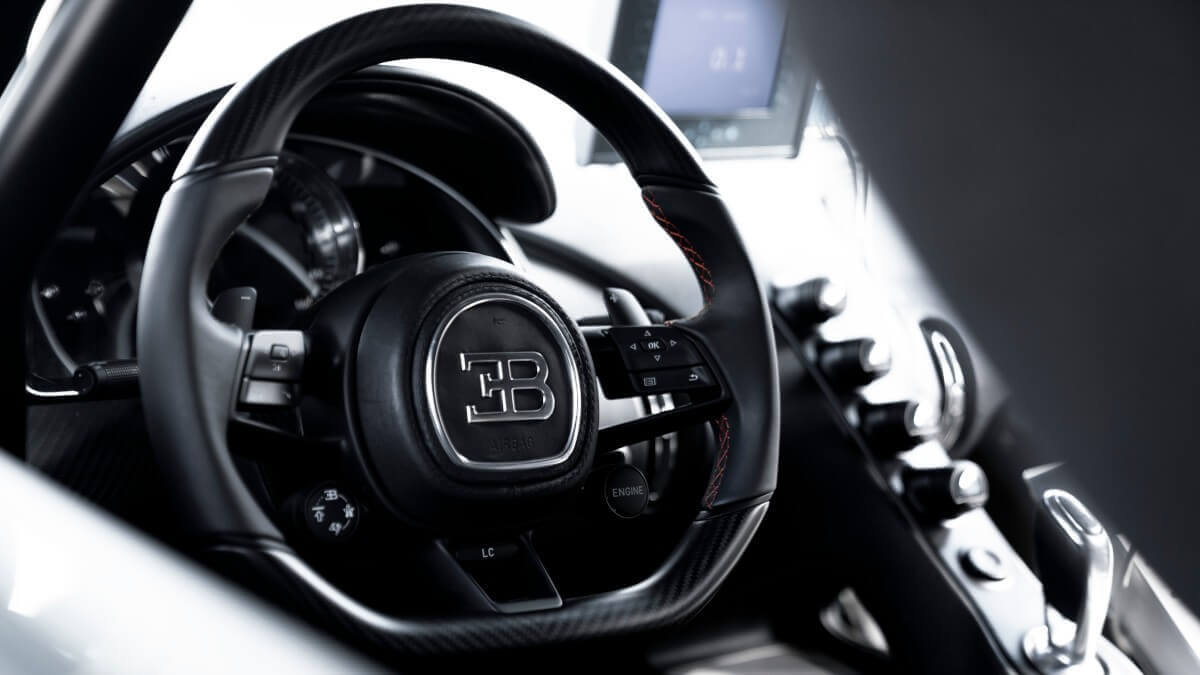 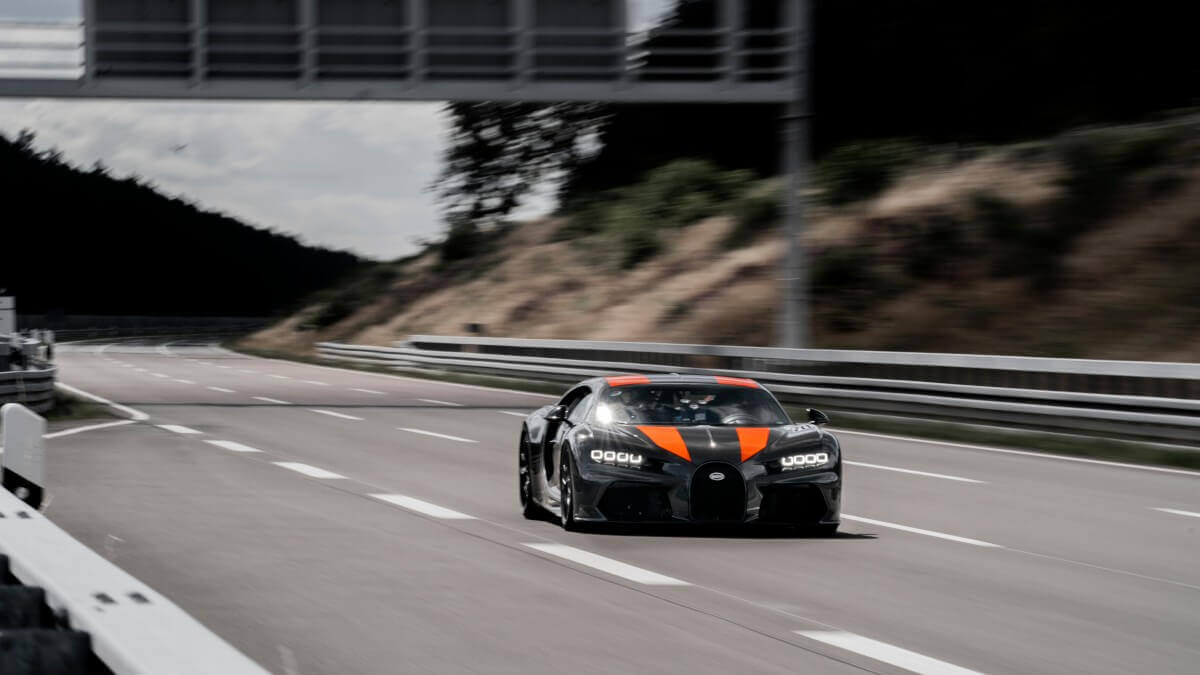 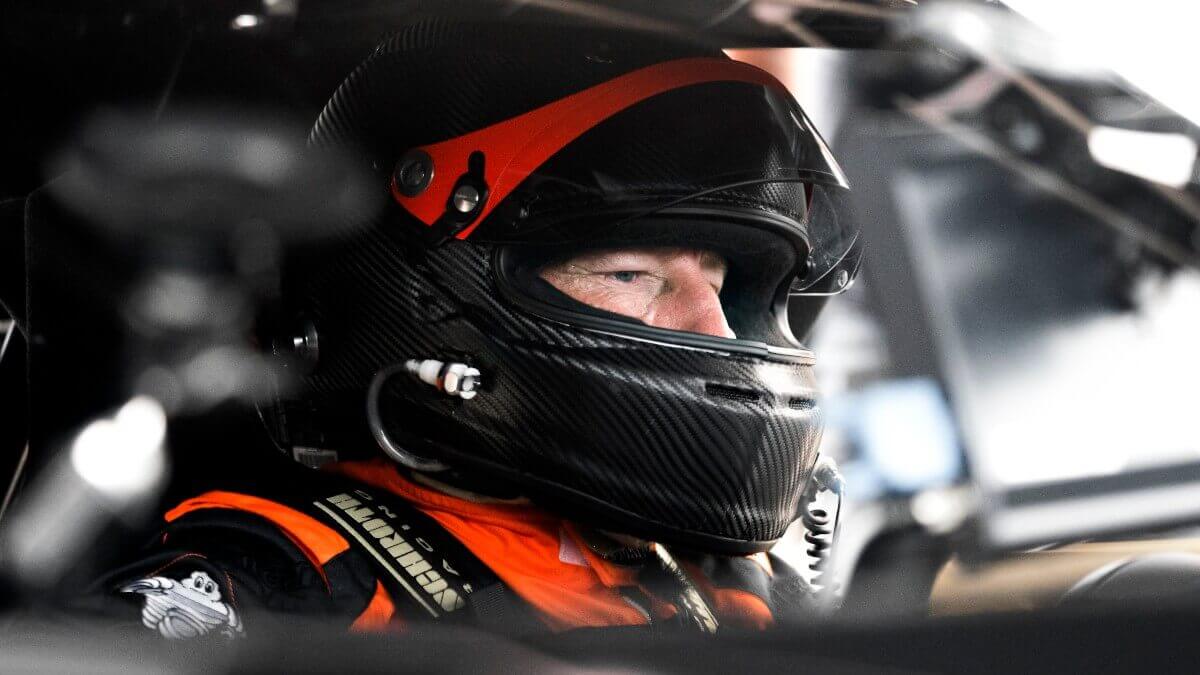 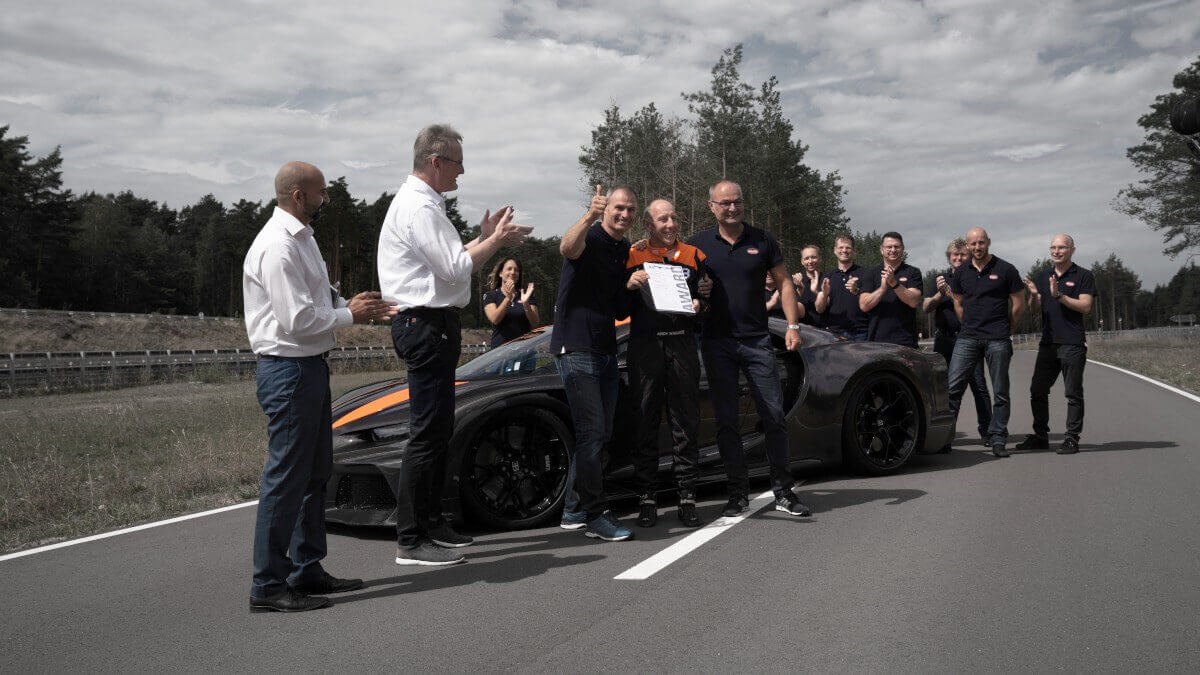 With the Bugatti Chiron he now had to reach a much higher value. After all, Koenigsegg had reached 447.23 kph (277.9 mph) with the Agera RS in November 2017 on a closed off highway in Nevada as an average speed over two runs. The topspeed on one of those runs was 457.49 kph (284.27 mph). After the Swedish brand announced a run-up to 300 mph (482.8 kph) with the upcoming Agera successor Jesko, Bugatti was a little under pressure.

Since it obviously wasn’t possible to set a new record with the normal variant of the Chiron, the vehicle was further developed. The upcoming derivate received an extended rear section with a new exhaust system including two tailpipes arranged one above the other on each side, a new front bumper with changed aerodynamic parts and modified front fenders with air outlets behind and above the wheels. Whether also the engine performance was raised wasn’t announced yet. But Andy Wallace reached an average speed of 304.77 mph (490.48 kph) with the prototype. More information about the new Chiron version will follow shortly.

UPDATE: The name of the upcoming Chiron derivate is visible on the official record data sheet of the SGS-TÜV Saar. It will probably be called Chiron Super Sport 300+ Edition.