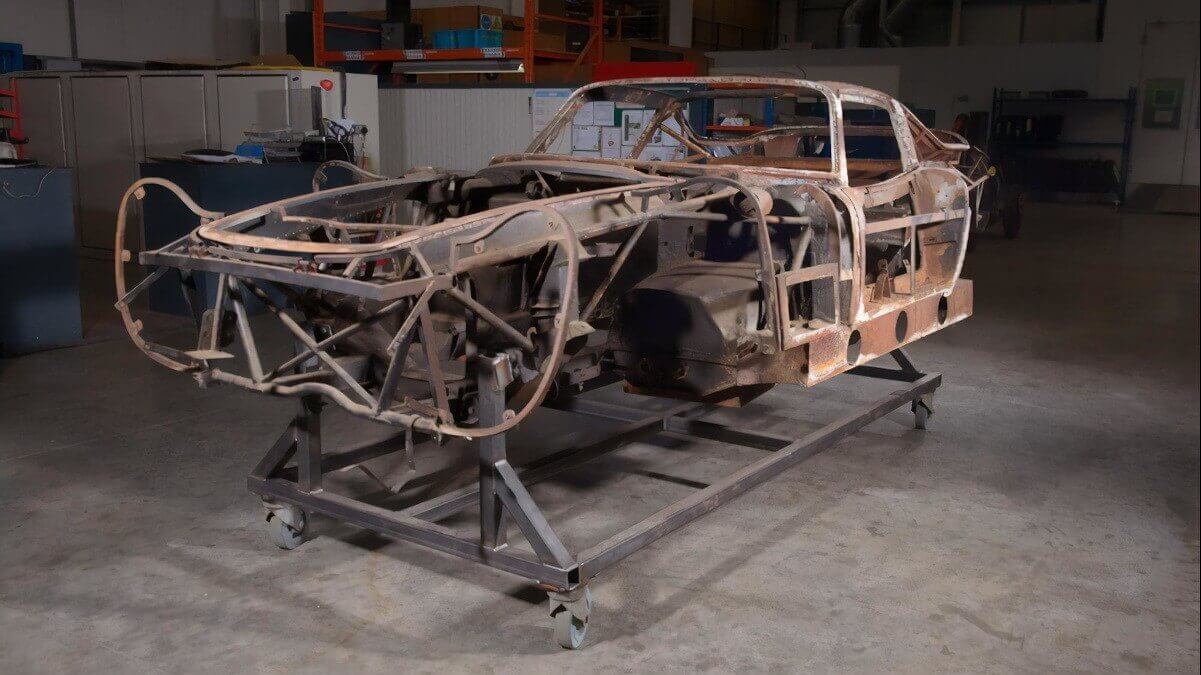 The automotive history book would probably only be half as thick and interesting if there were no Italian sports cars in it. Beside the well-known companies like Maserati, Alfa Romeo and Ferrari there are the small brands like Pagani and Siata, short Italian episodes like the time when Bugatti made cars near Modena and of course the wild stories about small series manufacturers, which only appeared for a limited time and more or less glamorously sank into oblivion. One of these brands is Bizzarrini, founded in 1962 by Giotto Bizzarrini. His professional career began in 1954 at Alfa Romeo, from where he moved to Ferrari in 1957, where he was involved in the development of the 250 GTO, among other things. In 1961 he, Carlo Chiti and three other leading engineers got into a bitter dispute with company boss Enzo Ferrari after he had dismissed the sales manager Girolami Gardini. All five also left the company. Together they founded the company ‘Automobili Turismo e Sport’, short A.T.S. (depending on the source also ATS). Their goal was to develop their own road sports car with at least the same driving dynamics as the Ferrari models of the same time.

Disagreements among the engineers led Bizzarrini and Gardini to leave A.T.S. again. Giotto Bizzarrini developed the Ferrari 250 GT SWB with Breadvan bodywork for Count Volpi in his own company ‘Autostar’, which he renamed ‘Società Prototipo Bizzarrini’ in 1964 and ‘Automobili Bizzarrini SpA’ in 1965. When he left A.T.S., he was already in close contact with Renzo Rivolta, who wanted to bring his company, which previously was only specialised in refrigerators and cooling systems, into the automotive industry. After Rivolta successfully sold the license for the Iso Isetta to BMW, he wanted to build sports cars. Bizzarrini developed the sheet steel chassis for the Iso Rivolta 300 and shortly afterwards the tubular steel frame for the Iso Grifo A3/L. On this basis Bizzarrini also developed the racing variant A3/C, where the C stood for ‘Corsa’ (race track) and the L for ‘Lusso’ (luxury). Renzo Rivolta had however only little interest in motorsports and also had a dispute with Giotto Bizzarrini over the use of his name, so that also this cooperation was separated again. Bizzarini kept the A3/C design and offered it with slight conversions as the Bizzarrini 5300 GT. 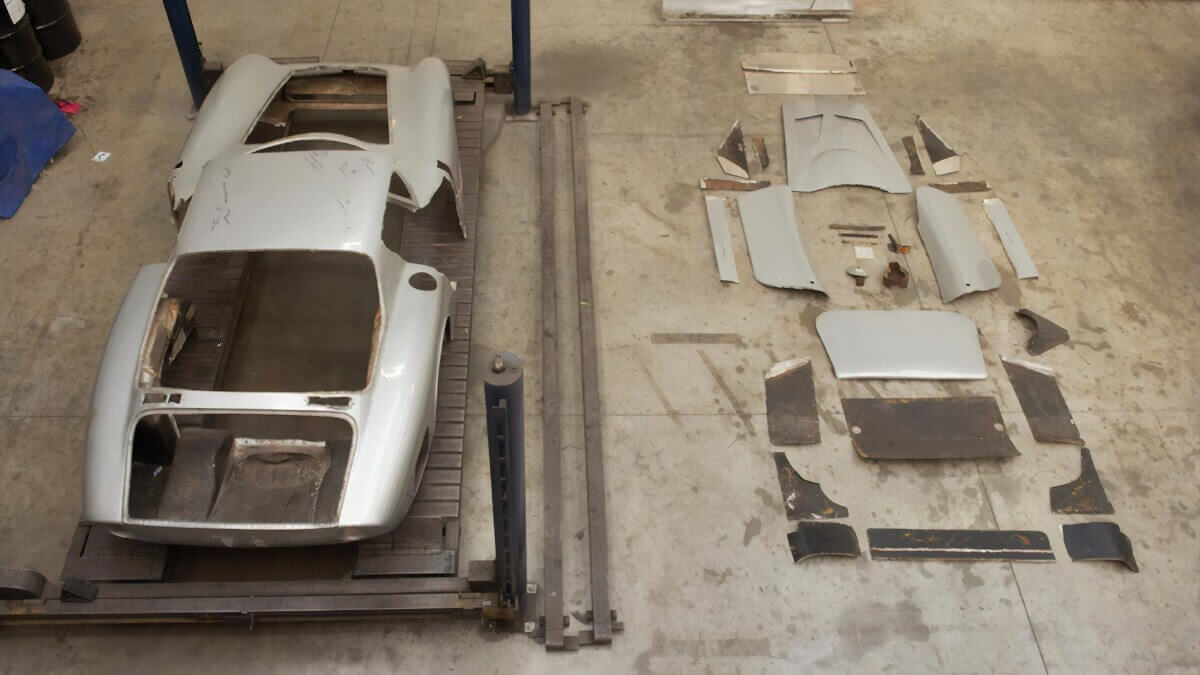 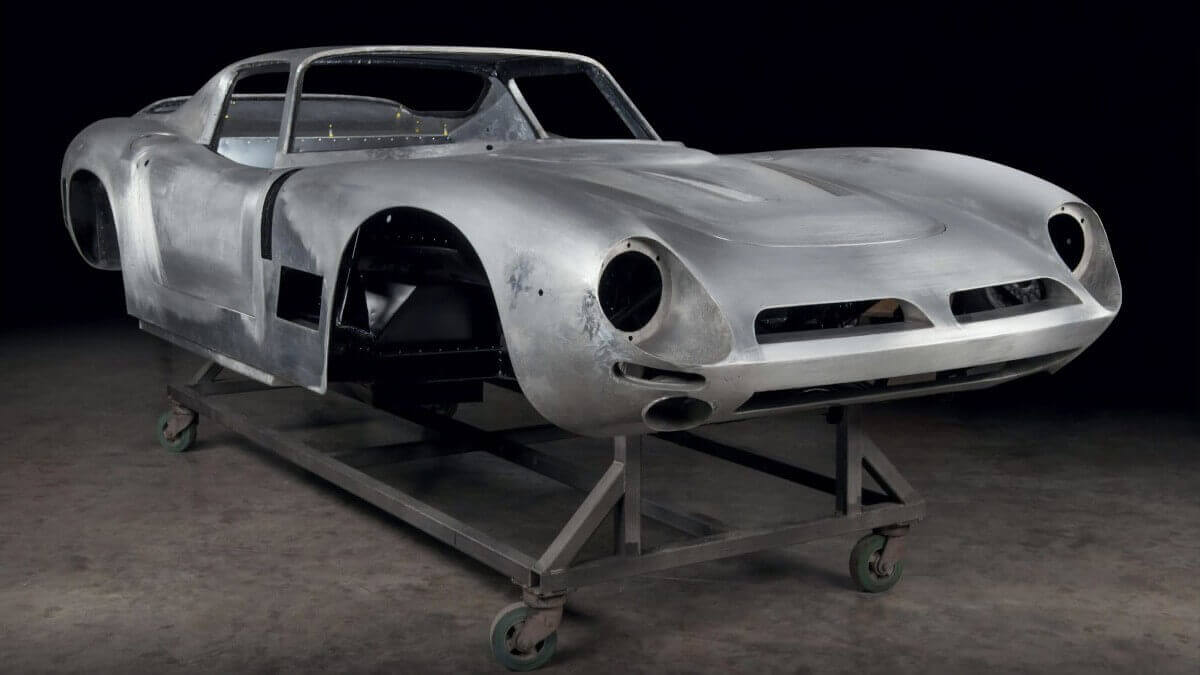 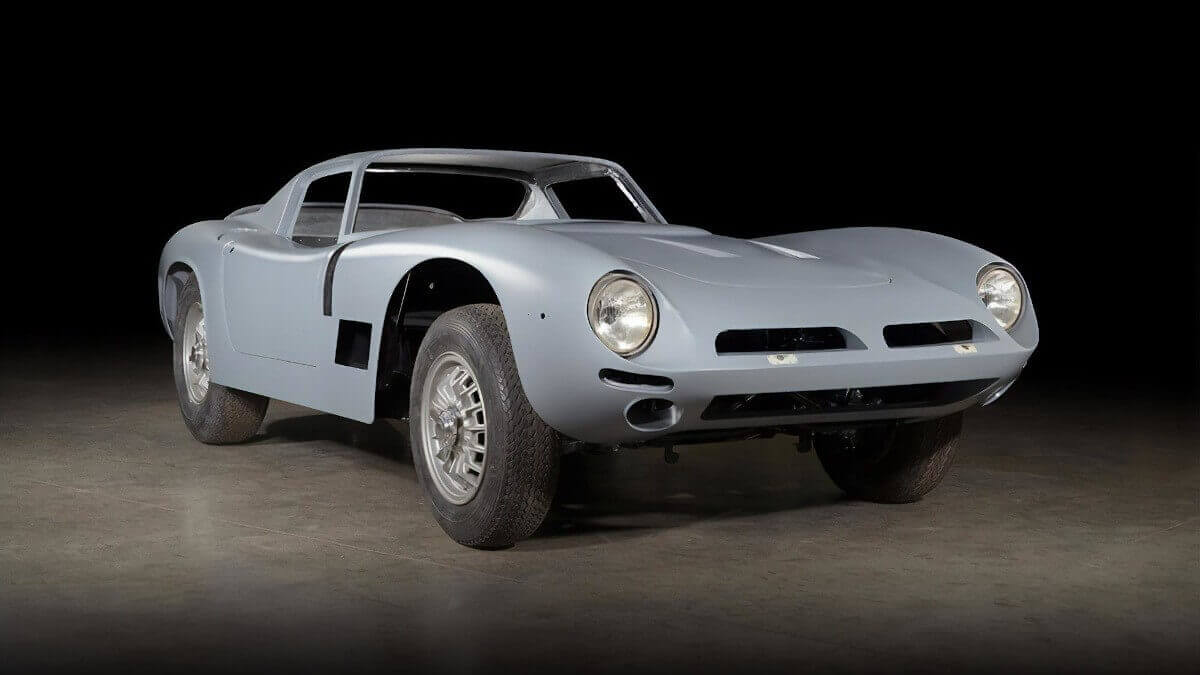 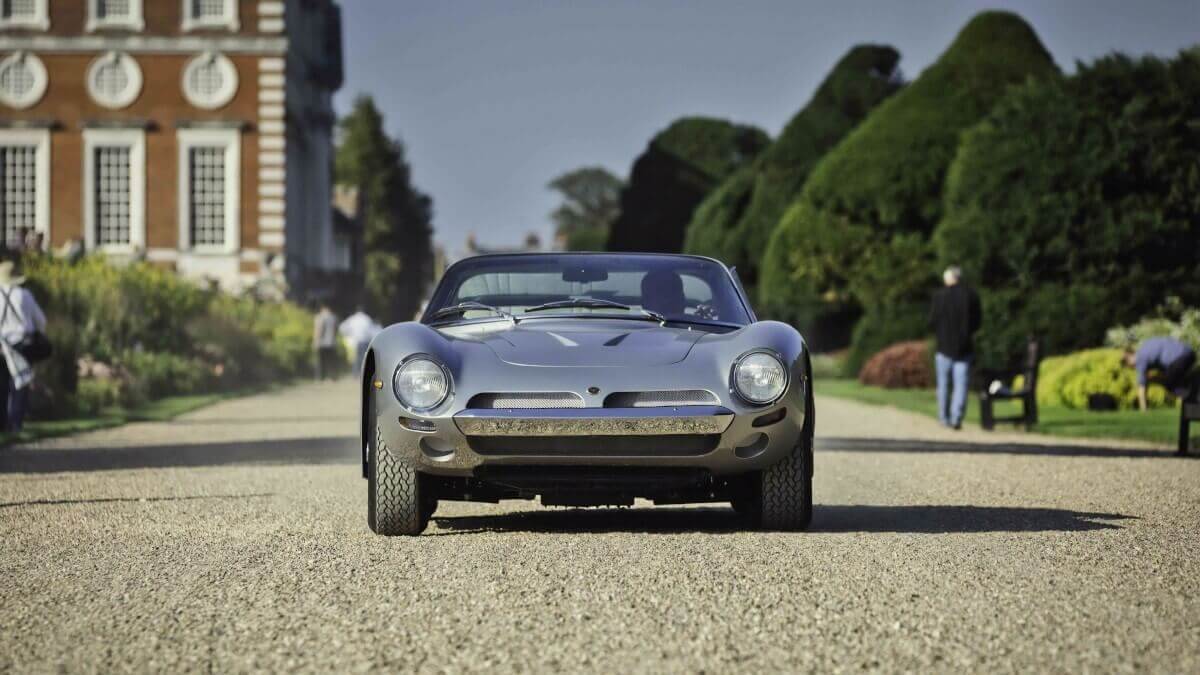 To this day it is absolutely unclear how many copies of the 5300 GT were built until 1968. Depending on the source, there are figures between just over 70 and around 150 cars. It is clear that besides the roadworthy version ‘Stradale’ (street) there was also a racing version called Corsa, of which only about 10 cars were built. While the Iso Grifo A3/C initially achieved some good results at racing events, the Bizzarrini 5300 GT Corsa fell well short of expectations. Both as Stradale and Corsa, this sports car today fetches high prices at car auctions. Due to the low number of cars produced, poorly maintained vehicles are extremely rare. However, such a wreck found its way into the workshop of Thornley Kelham’s restoration company, delivered there by Guy Berryman of the music band Coldplay. For him it was particularly important to have an original car that was to be restored as authentically as possible. In the following two years there was only one deviation from the original delivery condition, as Berryman wants to use the Bizzarrini regularly. For this reason, the Thornley Kelham team installed a more powerful Dunlop brake system.

Otherwise, this complete restoration left everything as it once left the factory. Even the sloppy welding seams on the chassis, which had been carried out terribly back in those days, remained visually intact, but were re-welded to increase stability. The restoration started with an initial photo-shoot before the whole car could be dismantled into each individual part and catalogued. The individual components were then sorted thematically and processed. For work on the aluminium body and steel chassis alone, up to the final paint job, around 800 working hours were required, with some work steps being outsourced to GP Panelcraft. In order to restore the interior, the bodywork and the mechanical parts as authentical as possible, Thornley Kelham had already collected as many pictures, books and documents as they could find in advance and also contacted Jack Koobs de Hartog, an acknowledged expert for Bizzarrini vehicles. He specifically travelled to the unveiling of the finished 5300 GT at the Concours d’Elegance at Hampton Court Palace last year, where he attested the team a very good job. Now Thornley Kelham won the ‘Restoration of the Year’ award presented by the Historic Motoring Awards.