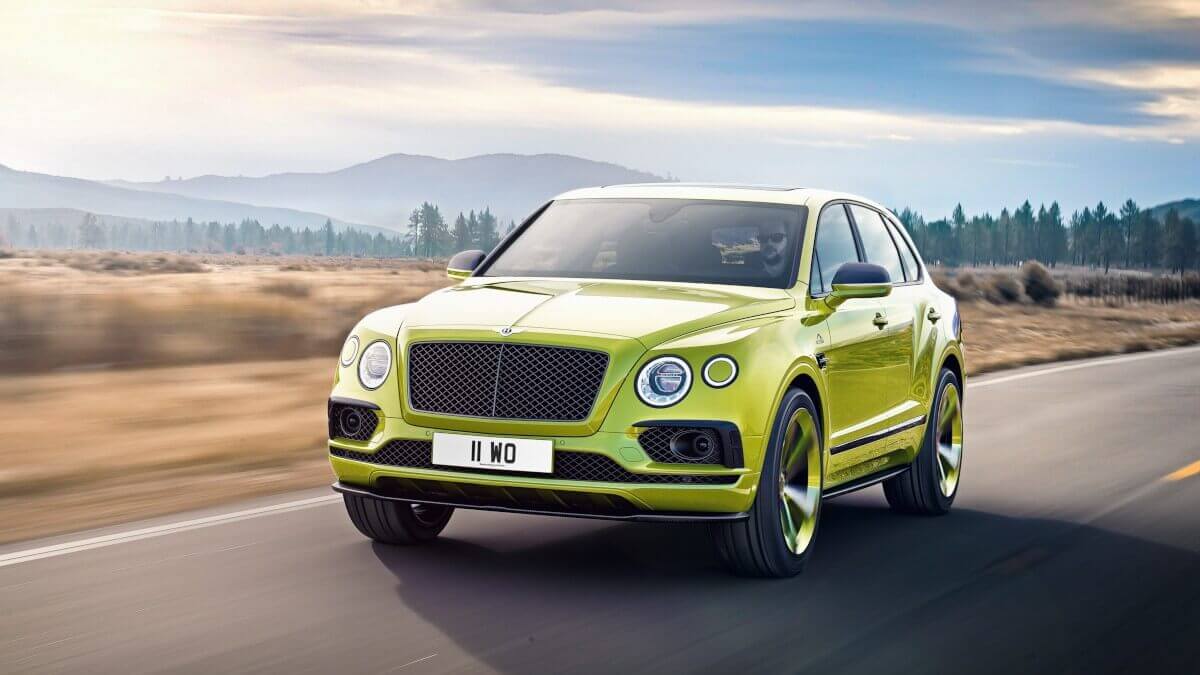 In close cooperation with Bentley, racecar driver Rhys Millen from New Zealand used a very close-to-production Bentayga W12 at the famous hillclimb race on Pikes Peak in Colorado last weekend. The changes compared to the production vehicle kept within narrow limits: for safety reasons the front seats were replaced by racing seats with six-point harnesses, removed the back seats in favor of a full rollcage and also mounted a fire extinguishing system. On the outside they used streetlegal semi-slick tires from Pirelli and a registrable exhaust system from Akrapovic. Otherwise the hillclimb racecar stands out in particular by its finish in the matte color ‘Radium satin’, many viewers might call it ‘neon yellow’.

With this special Bentayga Millen went on the 12.42 miles long hillclimb course, which has been completely paved several years ago and thus unfortunately has little to do with the track on which Walter Röhrl in the Audi Sport quattro or Ari Vatanen in the Peugeot 405 T16 splashed gravel while drifting. Thanks to the 600 hp and 900 Nm strong W12 engine, Rhys Millen only needed 10:49.9 minutes at an average speed of 65.5 mph for the 156 corners, thus improving the former SUV record by nearly two minutes. 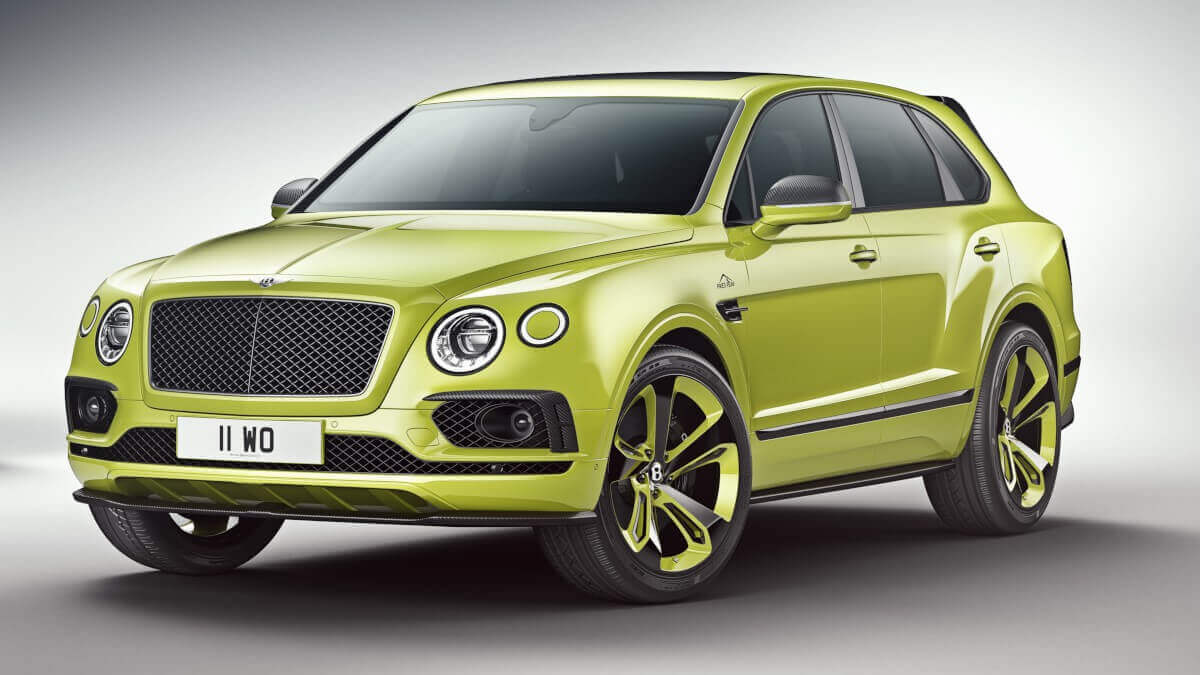 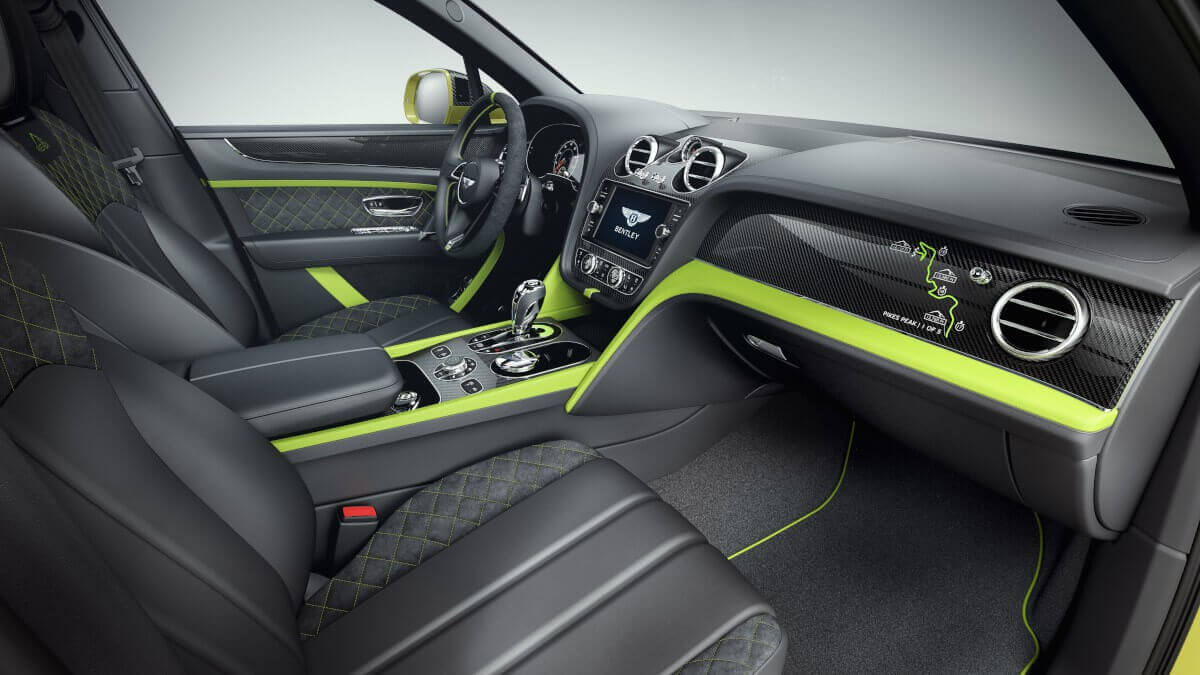 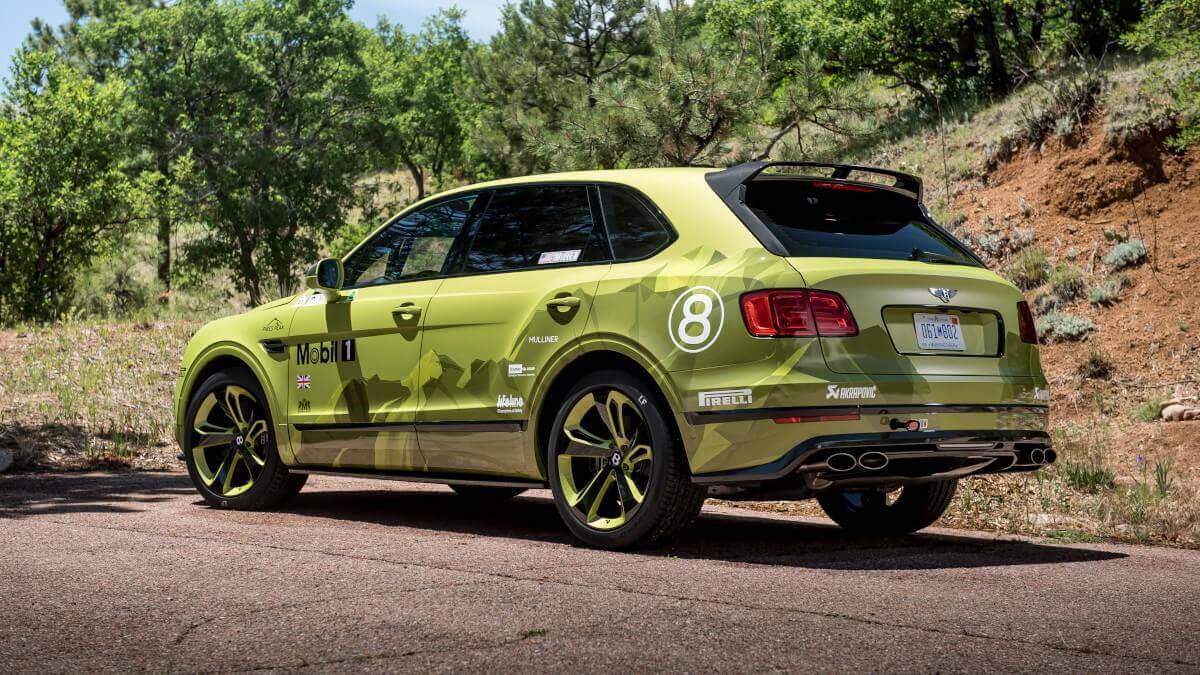 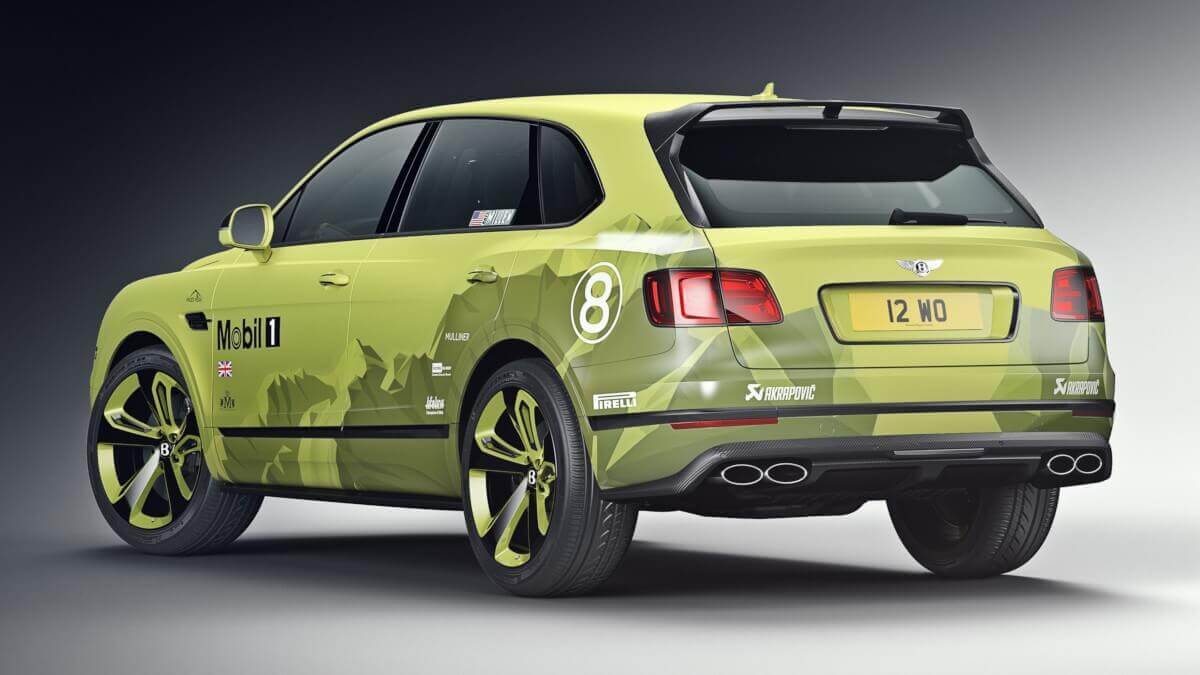 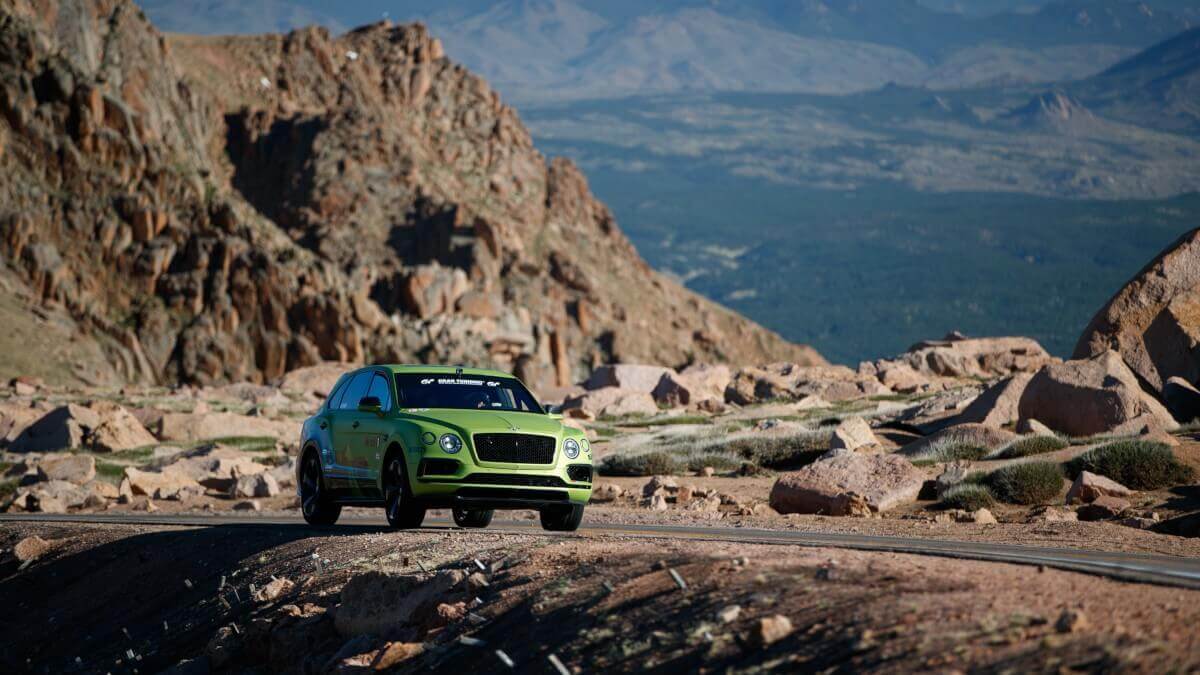 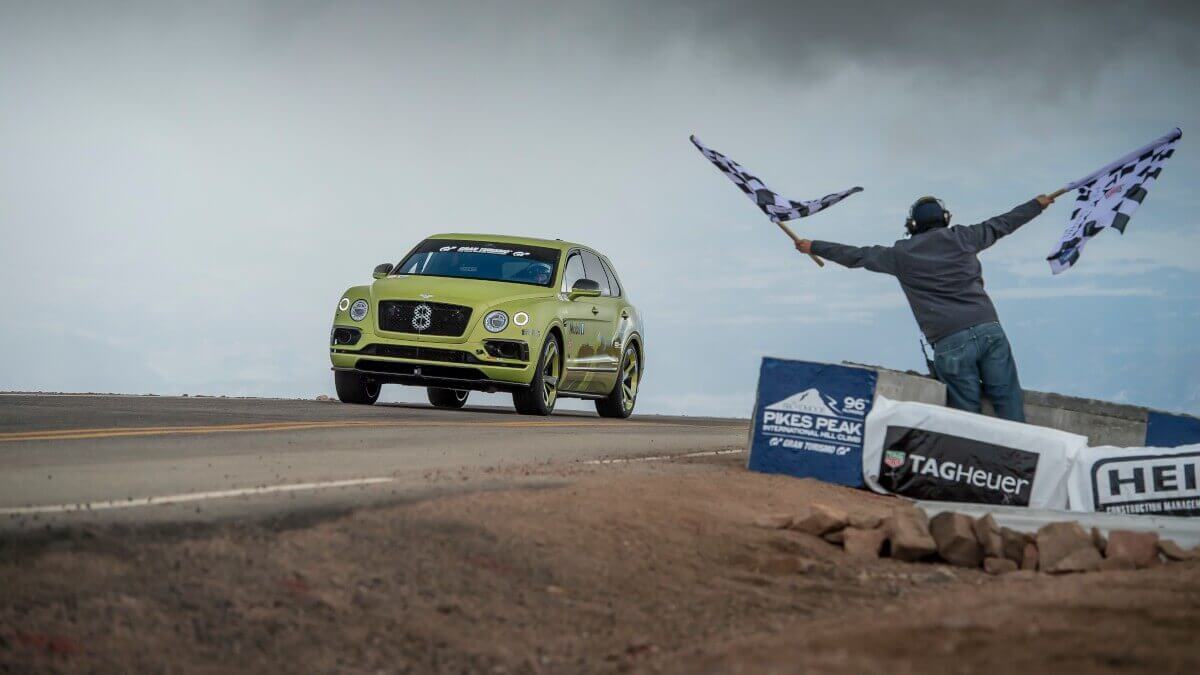 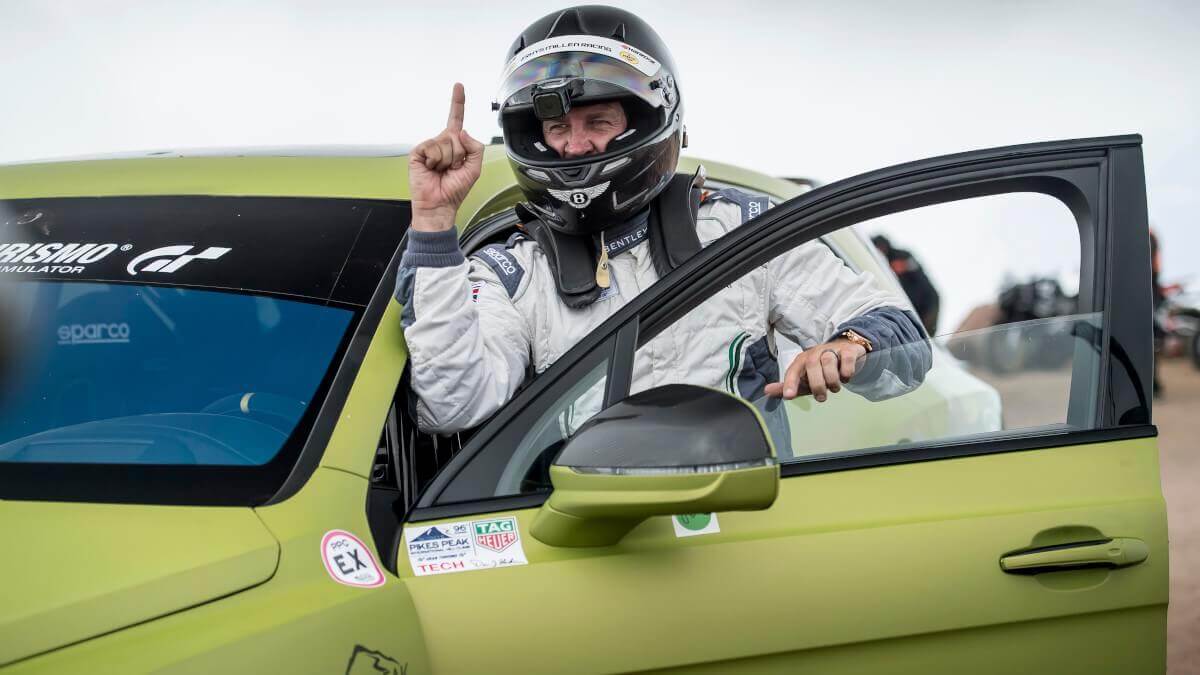 Bentley celebrates this new SUV record with a limited edition, called the Bentayga Pikes Peak. This is produced in only ten copies for the US and European market. For the bodywork customers can choose between the paintwork from the record car, ‘Radium’, and ‘Beluga black’. Next to that the car comes with 22-inch alloy wheels in black with color accents in Radium as well as with the Black Specification, which replaces all chrome parts with gloss black ones and also adds carbon splitter, sills, roof spoiler and diffuser. On the front fenders is the logo of the Pikes Peak Hillclimb.

Inside, black leather is used in combination with black diamond-quilted Alcantara on the seat outer panels. In addition the customization department Mulliner provides a color split with accents in ‘Lime’ on the dashboard, the door cards and the center tunnel. Steering wheel and gear lever also wear Alcantara. All decorative and quilt stitchings as well as the middle mark on the steering wheel show themselves in Lime. On the passenger side a track sketch of Pikes Peak decorates the visible carbon element, while on the treadplates is a Pikes Peak lettering next to the limitation number. The standard equipment of the 600-hp SUV includes a sports exhaust and the Touring Specification pack.