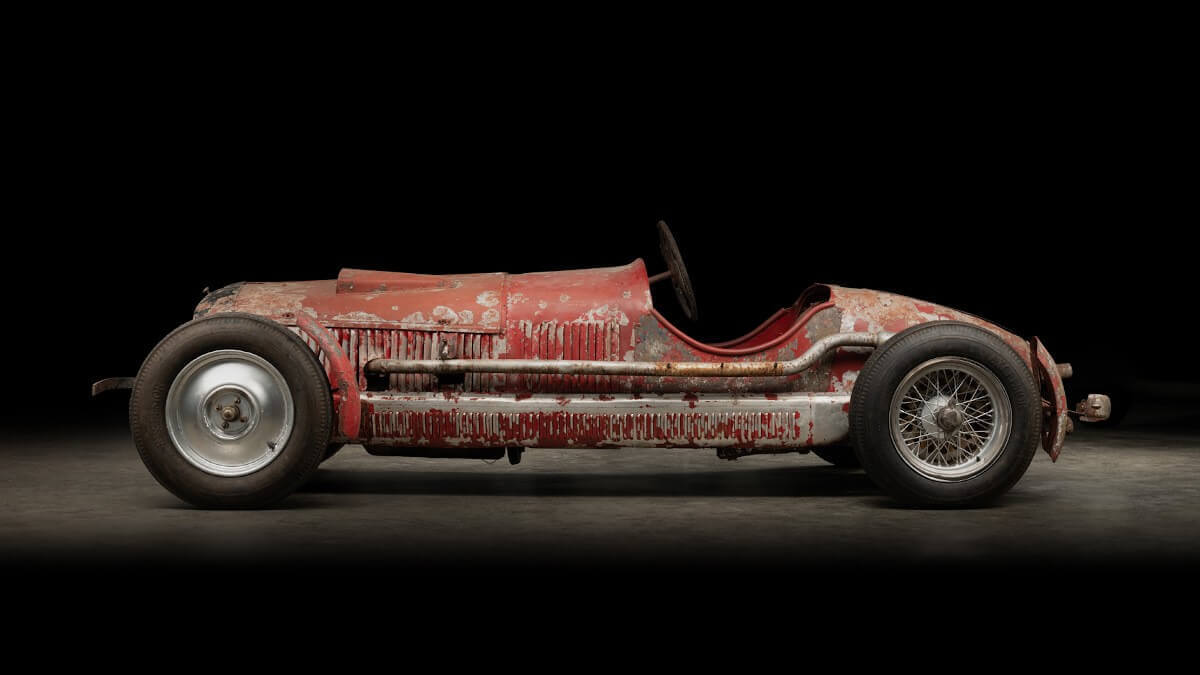 Classic sports cars from Alfa Romeo are currently increasing in value. Especially cars that were successful in motorsport under Enzo Ferrari in the former works racing team are enjoying great popularity. No wonder, as 13 examples of the 6C 1750 SS took part in the 1929 Mille Miglia, eight of which reached the finish line and seven of them were among the top ten, with the overall victory and third place also going to Alfa Romeo. However, should a street-legal sports car with a prominent previous owner appear on the market, the price is certainly not less. But not all cars survived the time unscathed and unmodified. A corresponding example recently rolled into the workshop of restoration professional Thornley Kelham in Great Britain. It is an Alfa Romeo 6C 1750 SS of the third series with the chassis number 6C0312898. Exactly this car was once delivered new to Benito Mussolini, then President of Italy, on 13 January 1930. According to the original documents, which have been preserved to this day, the original price was 60,000 lira. The ‘Duce’, as Mussolini was called, can be seen at the wheel of this car in contemporary pictures.

In those days, Alfa Romeo only produced rollable chassis with engine and gearbox, which were then sent to bodybuilders in the area. The most common request from customers was for Zagato bodies. Mussolini, however, opted for a body from Stabilimenti Farina. He kept this Alfa Romeo until 1937 and then sold it to Renato Tigillo, who emigrated to Eritrea that same year and took the sports car there. Eritrea was at that time an Italian colony to which many young Italians emigrated with their sports cars and raced there on street circuits and on hillclimbs. There, the body of this 6C 1750 SS was extensively modified from a road-legal sports car to a racing car in the style of a monoposto, but here still with two seats. There was little left of the original Farina bodywork. In the course of the years, further modifications including the integration of a different radiator grille took place. 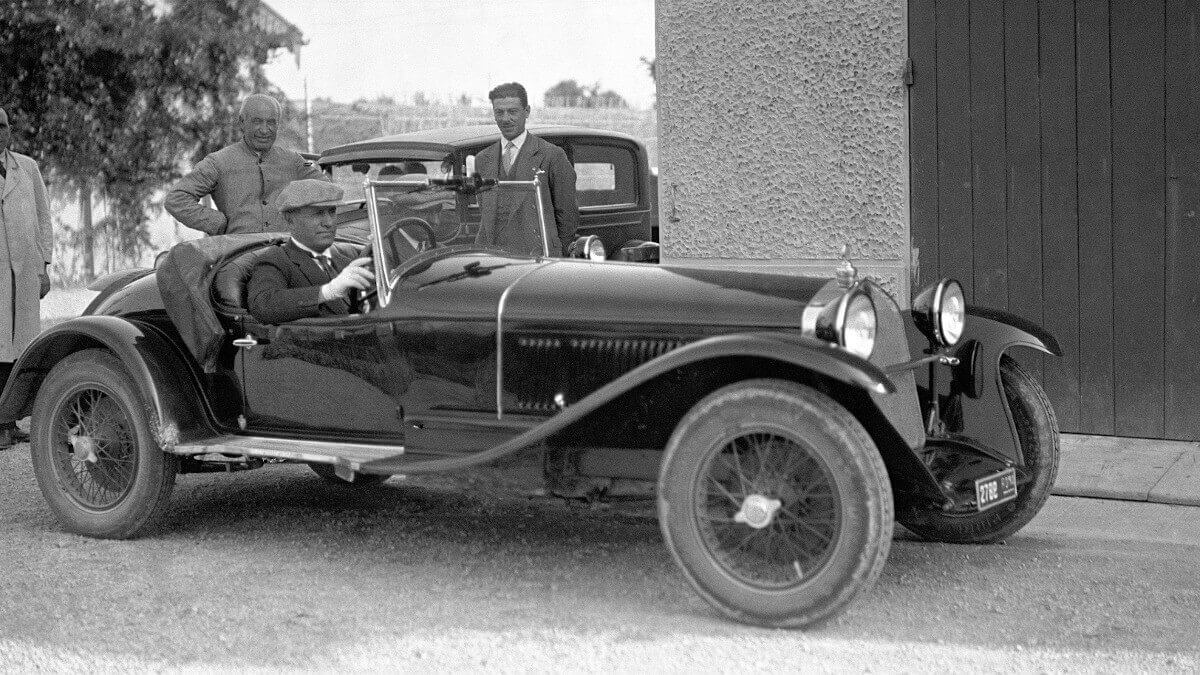 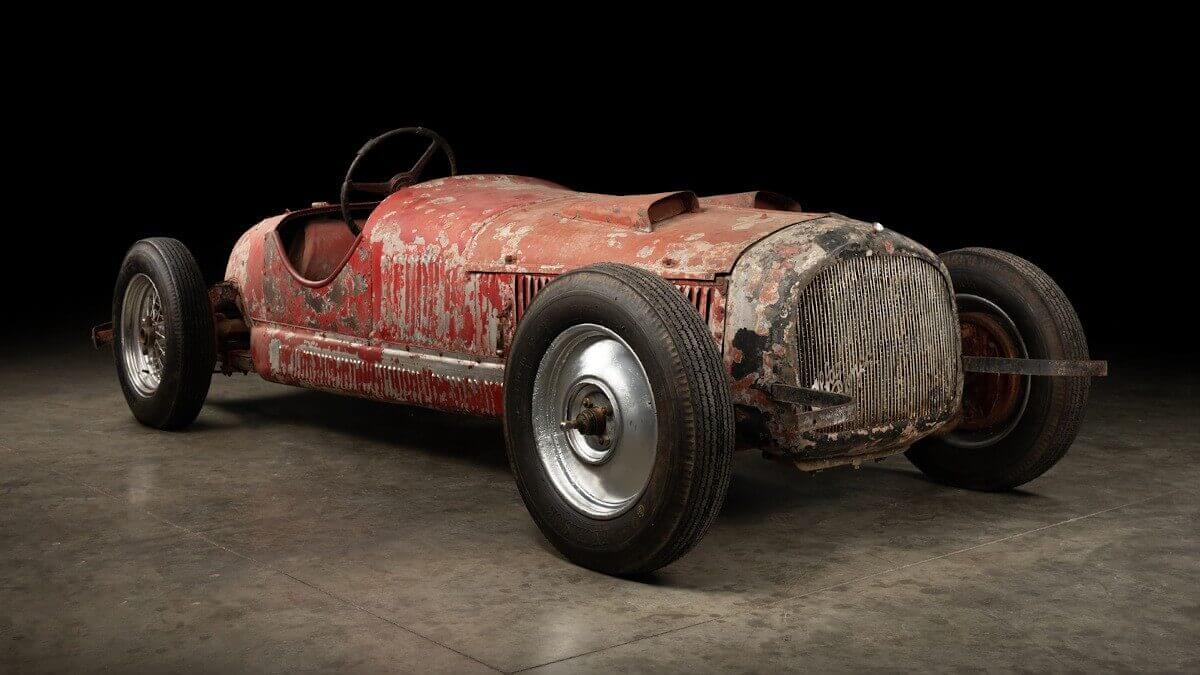 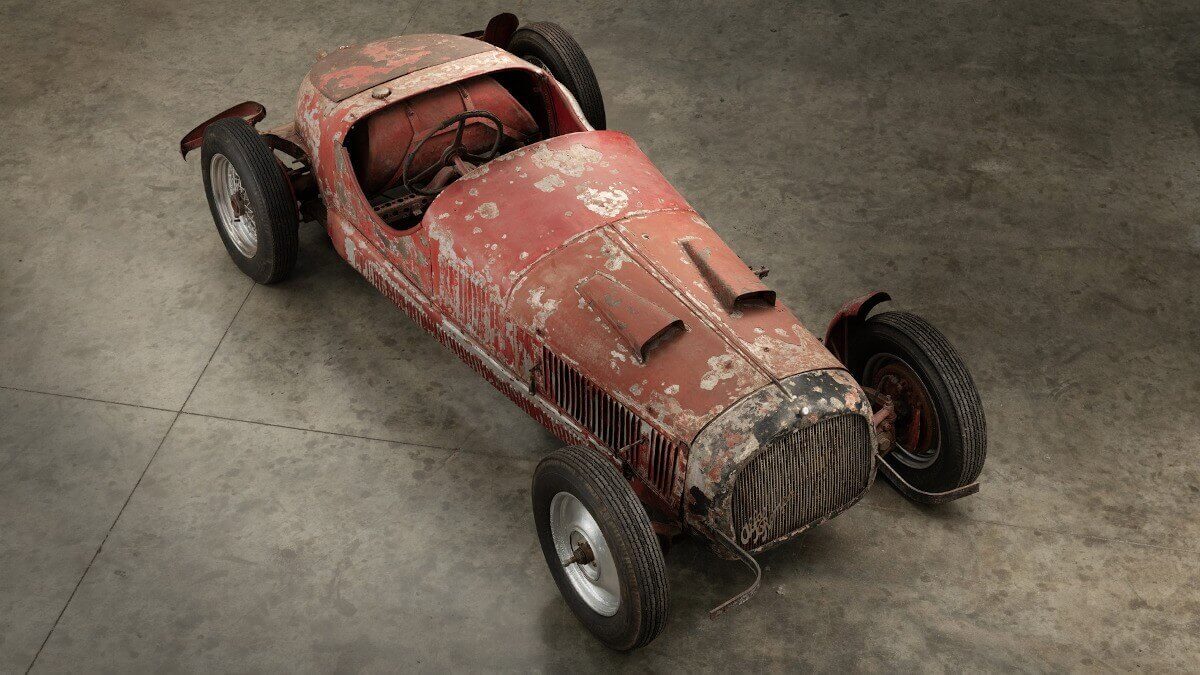 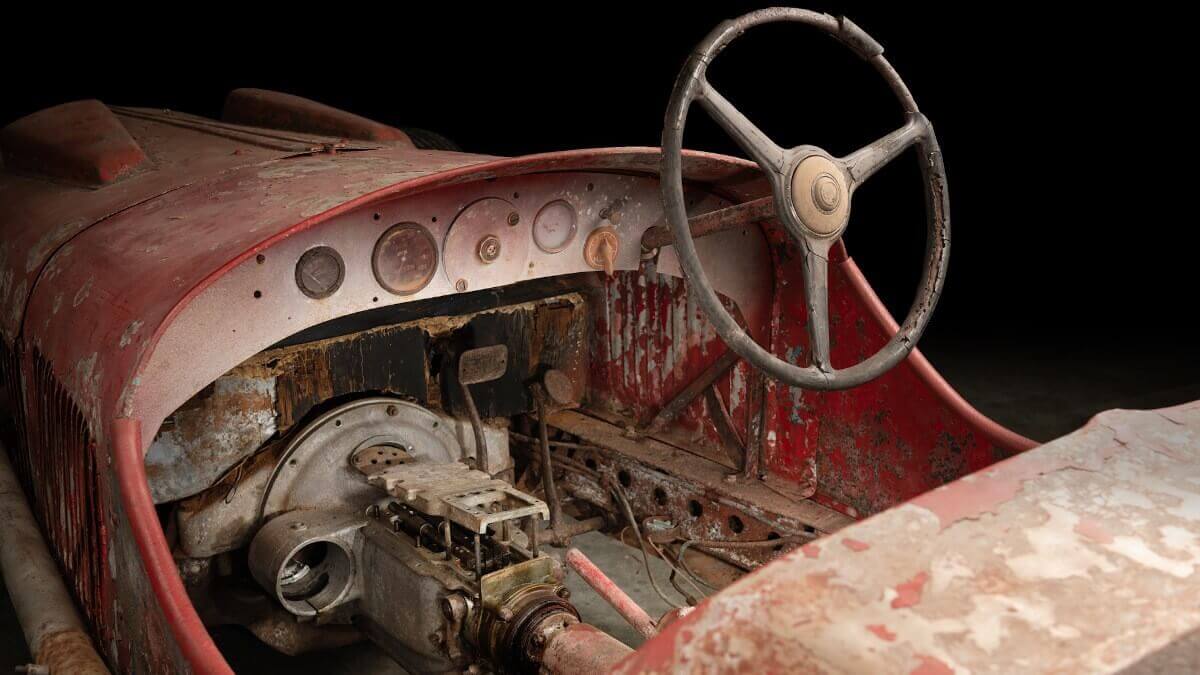 When exactly this car left Eritrea with destination USA can no longer be traced. But there, Thornley Kelham’s team was able to take a first look at it. The various optical changes were just as noticeable as the original gearbox and rear axle, which are still in the barely modified frame. The current owner commissioned Thornley Kelham to carry out a major restoration to bring this 6C back to its delivery status with Farina bodywork. This is estimated to take several thousand hours of work, starting with research work. This research led to some footage and a video of the ‘Il Radio Auto-Raduno’ rally, where Mussolini led the field for the section between Rome and Ostia. These images are now helping the team to restore the car into its original look.