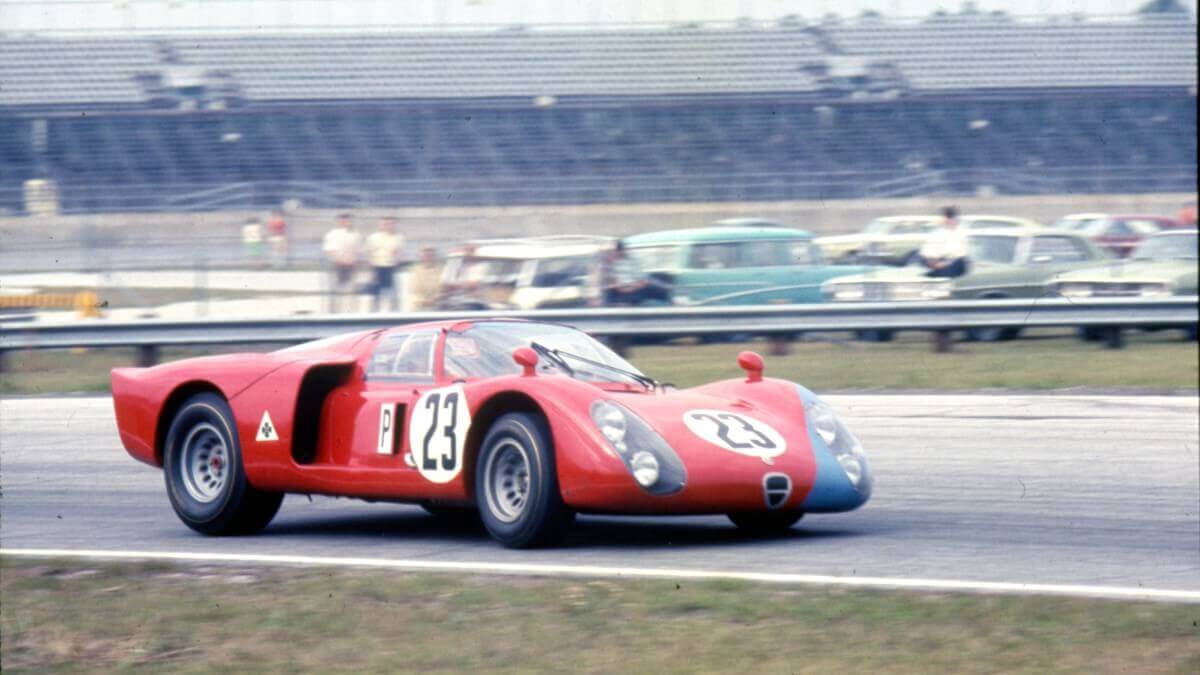 Normally you can watch racecars from the 1960s and 70s only in museums these days. So it is very nice and wonderful to see them in motion on a racetrack and also hear their engines under throttle. For this reason FCA Heritage (classic department of Fiat Chrysler Automotive) will take a Tipo 33/2 Daytona from the Alfa Romeo Museum in Arese to the Imola Motor Legend Festival at racetrack ‘Enzo e Dino Ferrari’. 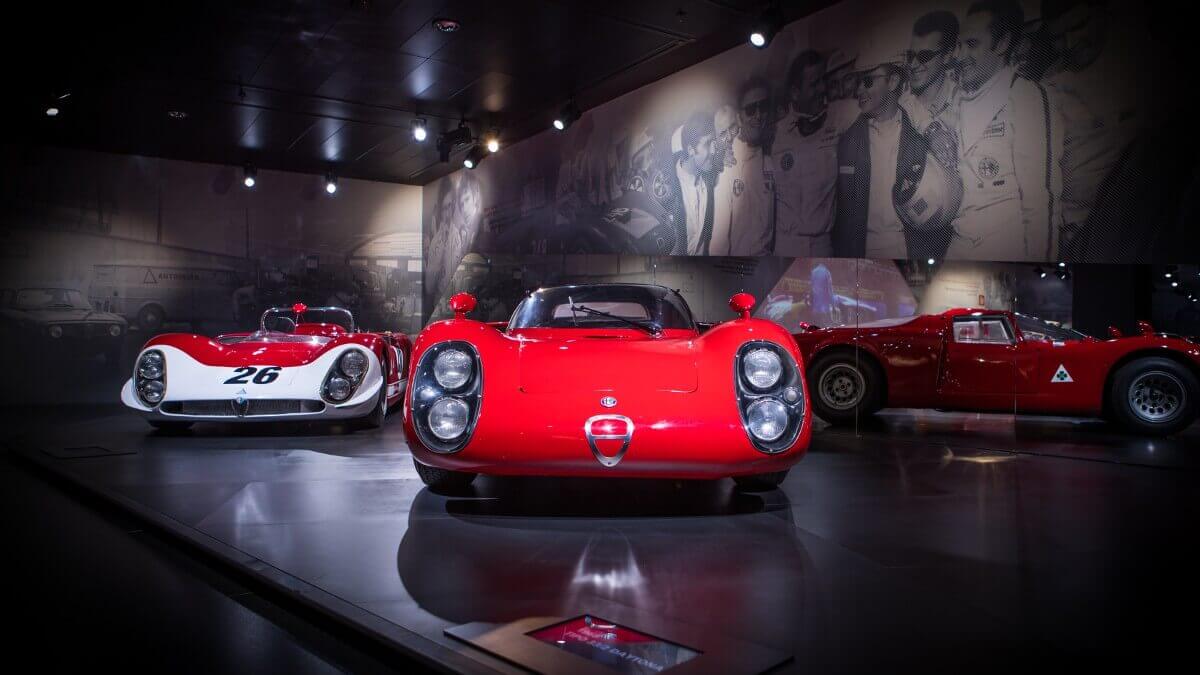 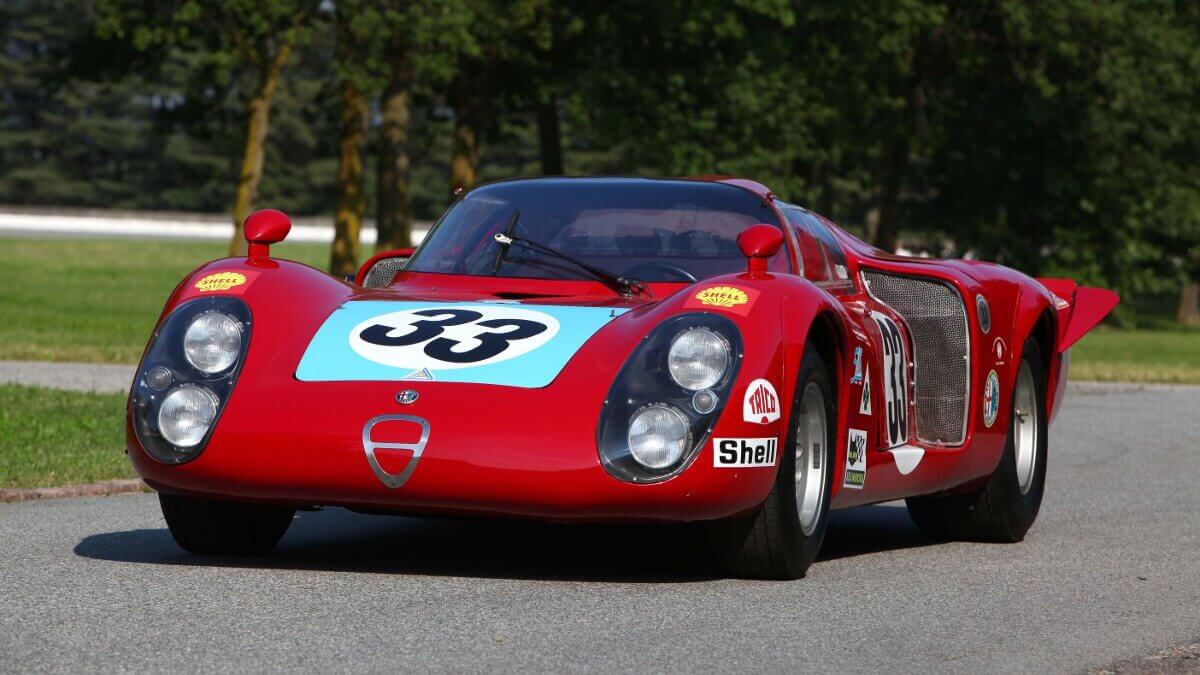 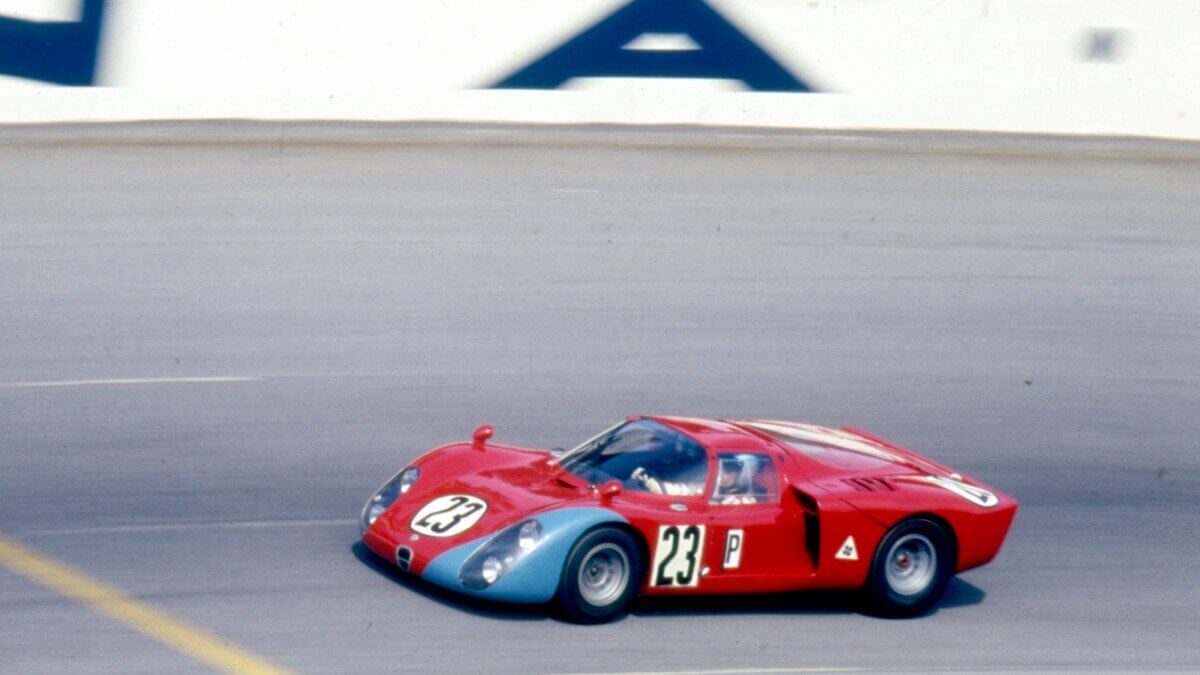 The works racing team of Alfa Romeo already was very experienced with cars like SZ, Giulia TZ and TZ2 when the decision was made to develope a new mid-engined prototype for the two-litre category of sports car championship in the mid 1960s. For the original design which later was redone and modified the Alfa Romeo Design department with Orazio Satta Puliga and Giuseppe Busso was responsible. Above three H-shaped aluminium pipes the car got a tubular chassis made from magnesium and a fibreglas bodywork. Kerb weight in running order was only 580 kilograms. Behind the driver an two-litres V8 engine with four overhead camshafts, mechanical fuel injection, double ignition and about 270 PS was used to power the car. Depending on the bodywork it was able to reach a topspeed between 162 and 186 mph.

In its debut year 1967 the Tipo 33 won the Fléron hillclimb in Belgium with a Spyder bodywork. A year later 15 overall victories and another six class victories were achieved with a Coupé bodywork. The 33/2 won its class at 24 Hours of Daytona and 24 Hours of Le Mans as well as in the 500 Kilometers of Imola. Now, 50 years later, another Tipo 33/2 will drive the Italian racetrack between April 20th and 22nd.