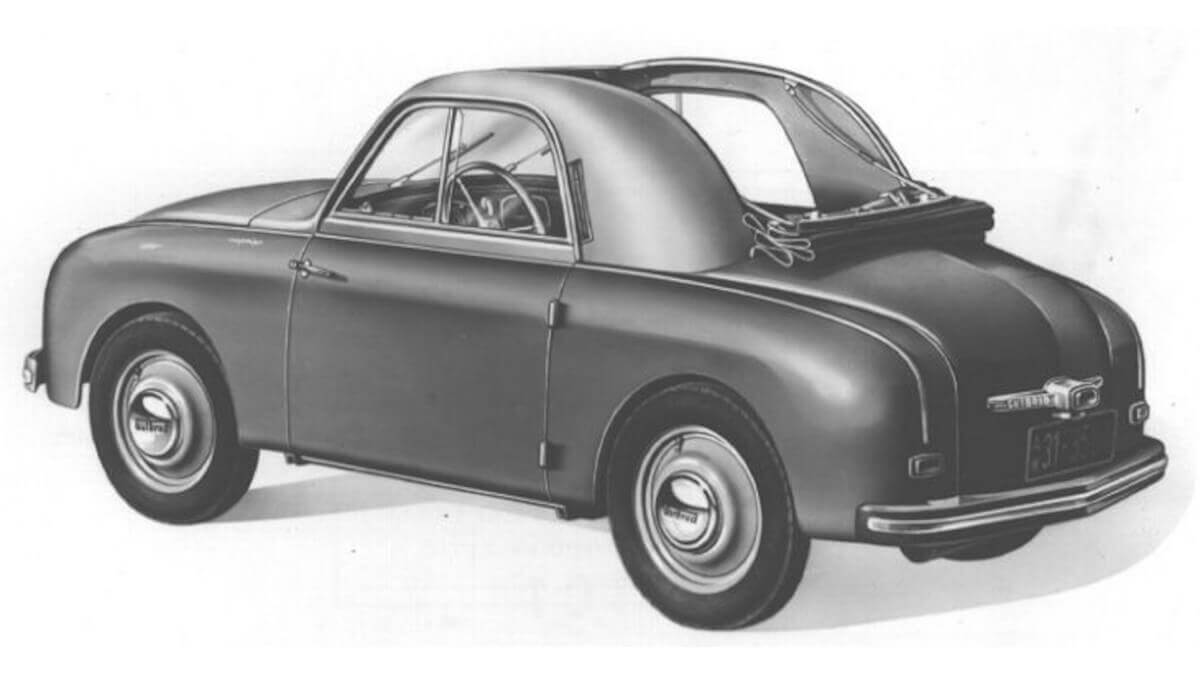 Have you ever heard of the car manufacturer Gutbrod? If you were born after 1970, probably not at all. It was founded in 1926 in Ludwigsburg by a Mr Wilhelm Gutbrod as the Standard Fahrzeugfabrik GmbH. There and also the new headquarters in Stuttgart-Feuerbach, where the production moved to in 1933, mainly motorcycles were produced. When the range was extended to include small commercial vehicles and small cars, the company moved on to Plochingen am Neckar in 1937. During the war, the Nazi government forbid them to produce further vehicles and in 1946 American GIs dismantled large parts of the factory. Nevertheless, the successor company Gutbrod managed to produce the first post-war vans in the same year. From 1949 onwards, the first pre-series vehicles of the brand new Gutbrod Superior followed, with which the company entered the small car class again.

A two-door Cabrio-Limousine or a three-door station wagon (from 1952) were available ex works. The bodyshells of the Cabrio-Limousine were produced at Weinsberg, whose of the station wagon at Westfalia. They were subsequently completed at the Gutbrod plant in Calw, where production started in July 1950. A full convertible version was already shown at the Frankfurt Spring Fair, but never went into series production due to lack of interest. From September 1951 onwards, Gutbrod not only offered the Superior 600 with a two-cylinder two-stroke engine and, depending on the source, 20 to 22 hp from 593 cc displacement, but also the Superior 700 with an engine of 663 cc displacement and 26 hp in the carburettor version. Together with Bosch and its competitor Goliath, a mechanical gasoline injection system was developed under the direction of engineer Hans Scherenberg. This system debuted in the Superior 700E, increased the power output to 30 hp and made this model the world’s first production vehicle with an injection system. In the Goliath 700, the almost identical engine had a displacement of 688 cc. For both manufacturers, the additional costs of this fuel injection system ultimately ensured that the number of units produced remained low. 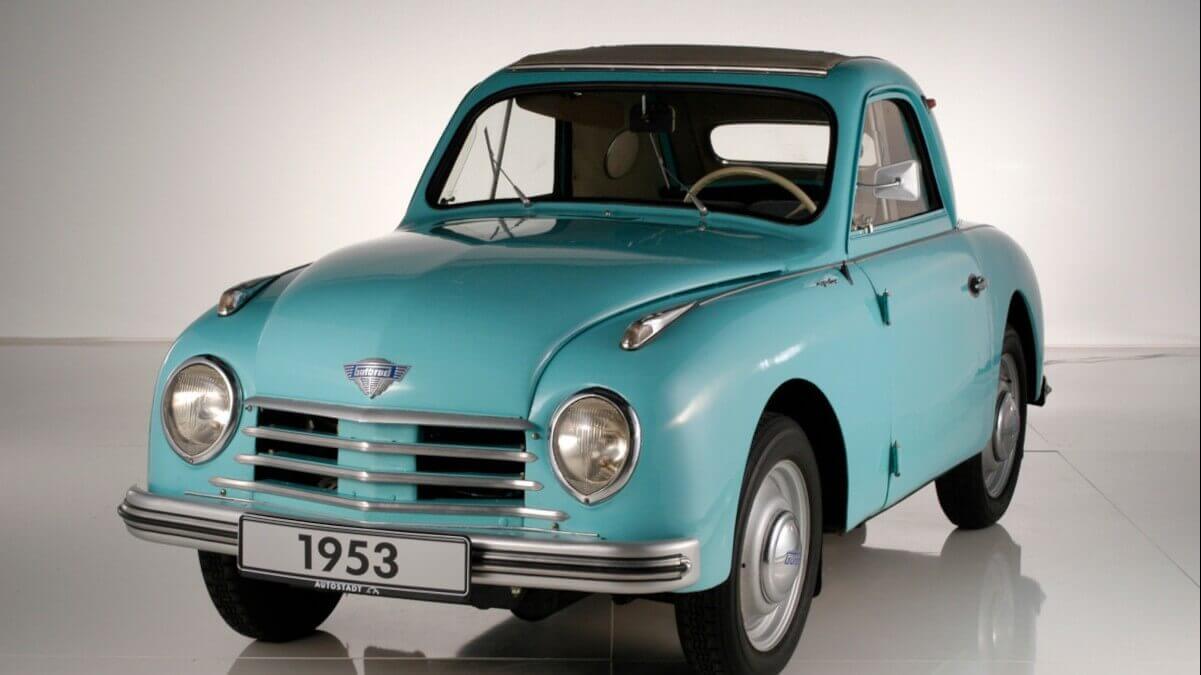 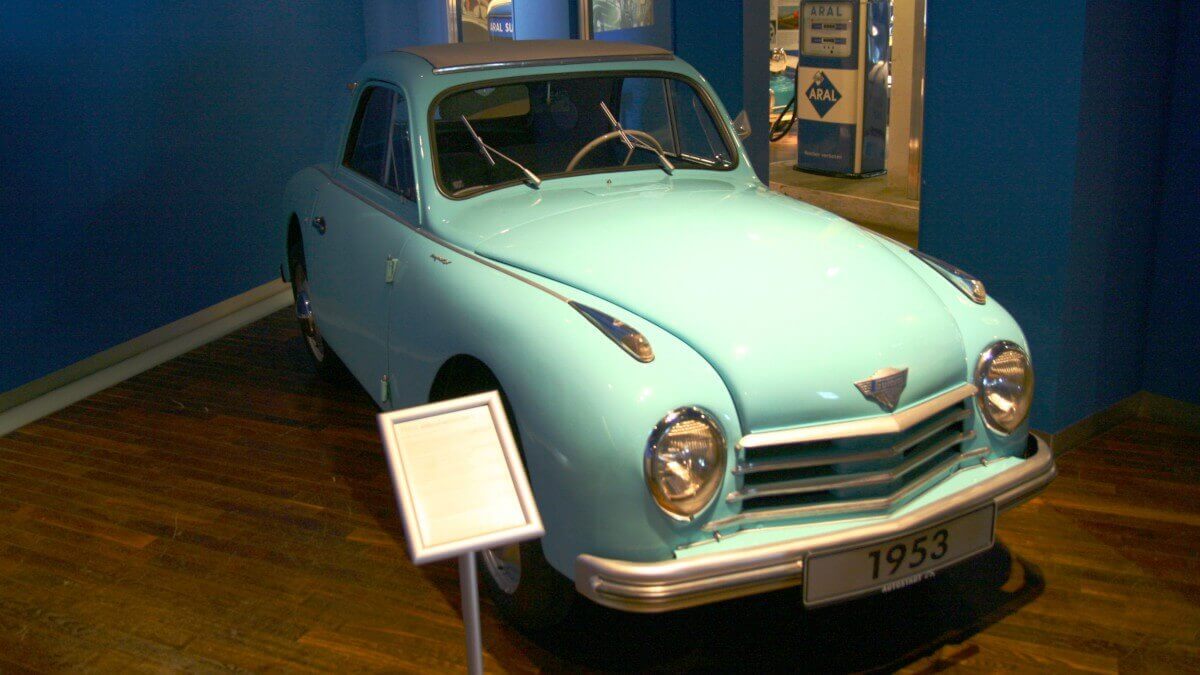 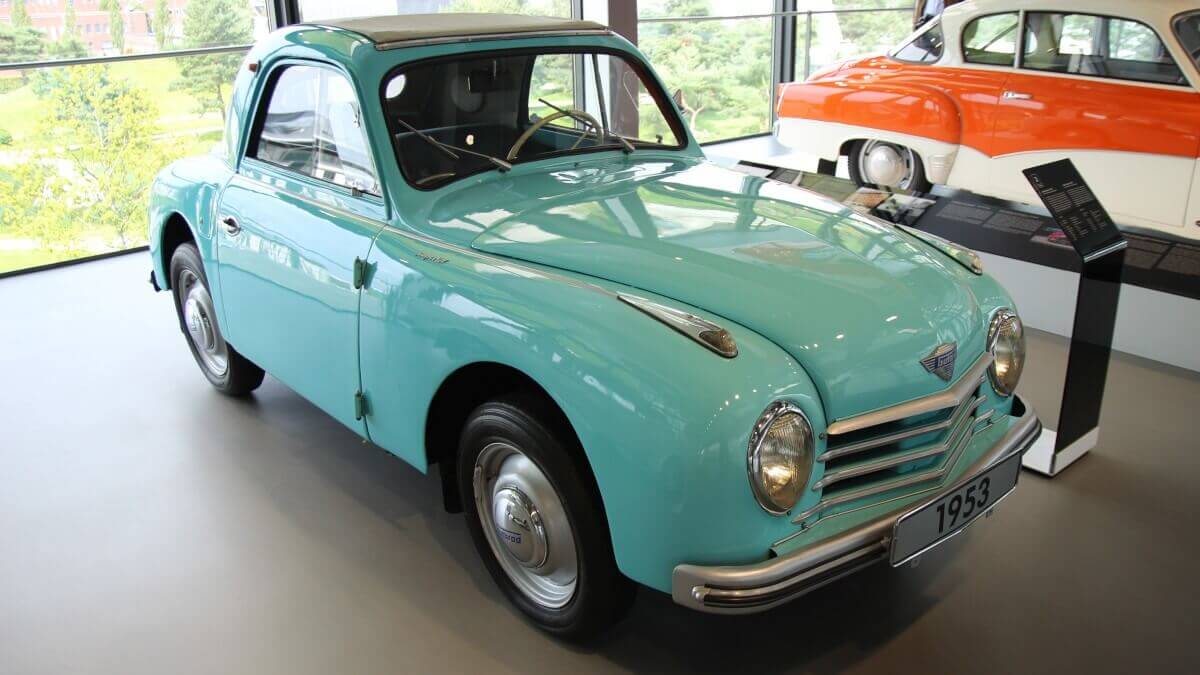 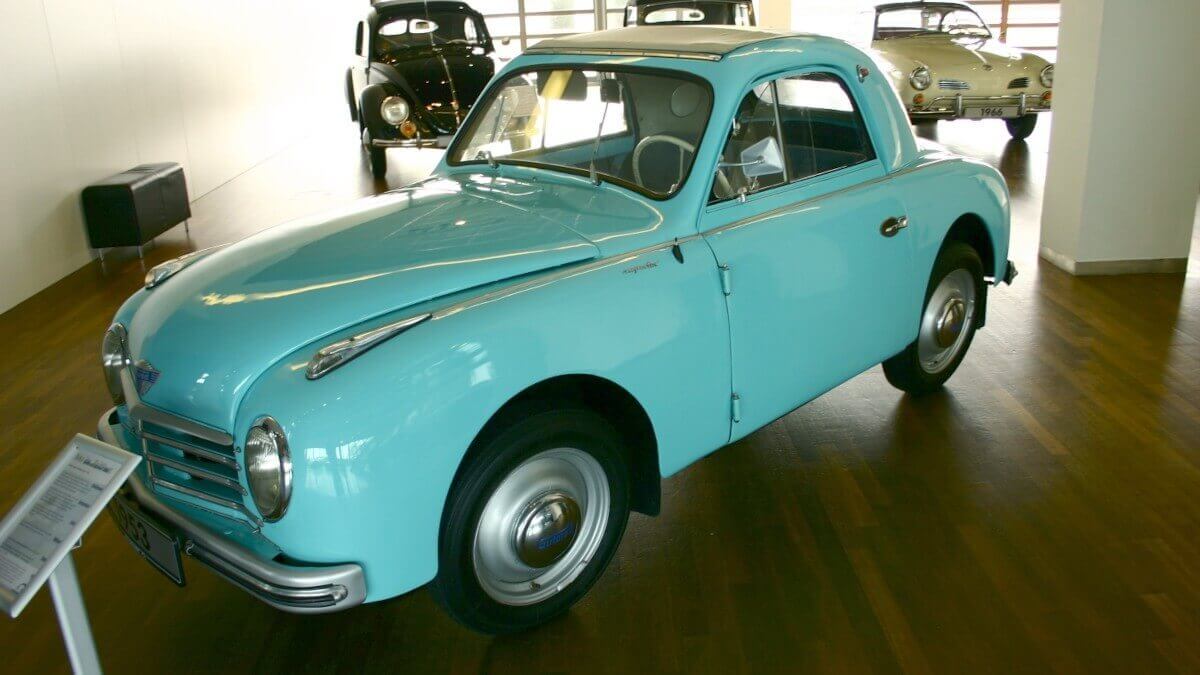 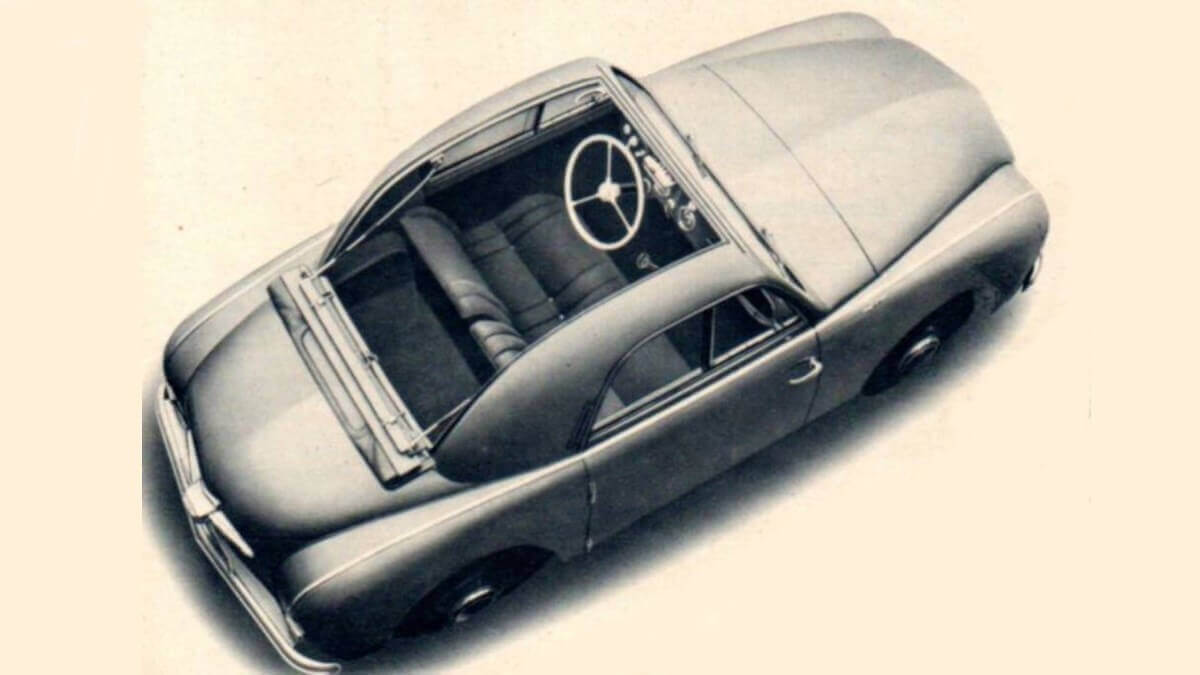 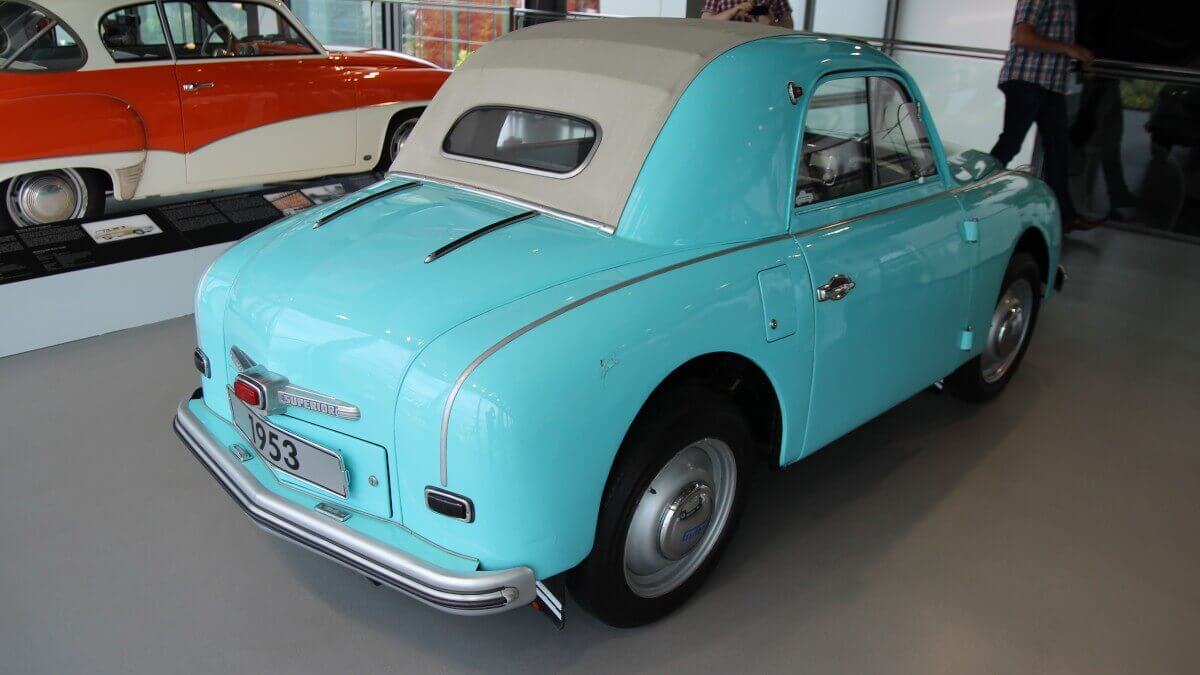 The pontoon-shaped Gutbrod Superior stood on a central tubular frame with the engine above the driven front axle with double wishbones, coil springs and telescopic shock absorbers. At the rear, transverse leaf springs were fitted. Between the fixed roof arches with wide B-pillars sat a roll-back soft top on the Cabrio-Limousine. Gutbrod stated about 26 seconds for the acceleration from a standing start to 90 kph (56 mph), while the topspeed was only 115 kph (71.5 mph). All-round hydraulically operated drum brakes provided the deceleration.

By 1954, a total of 7,739 examples of the Superior had been built, including 6,860 Cabrio-Limousines and 866 station wagons. Only about 300 cars came off the assembly line with the injection system. In addition, between 1951 and 1952, the coachbuilder company Wendler produced twelve Gutbrod Superior Sport Roadsters, while Gutbrod built some prototypes of a four-seater sedan that never went into series production. Two Superiors took part in the 1000-km race at the Nürburgring in 1953, where they proved their reliability. In the following year, another one reached second place in the 48-hour winter drive to Oberstdorf, where the driver pairing Wolfgang Gutbrod and Dr. Heinz Schwind received a silver cup and a gold medal from the ADAC. The high price of the Superior ensured that interest soon waned and finally the automobile division was spun off and wound up. The plants in Calw and Plochingen were sold to Bauknecht. Hans Scherenberg returned to the Daimler-Benz group and transferred gasoline injection to four-stroke engines. The rest of the Gutbrod company shifted to the production of tractors, lawn tractors and single-axle agricultural equipment, until the Modern Tool and Die Company (MTD) bought the company in 1996. The Superior served as the visual inspiration for the Nissan Figaro in 1989.