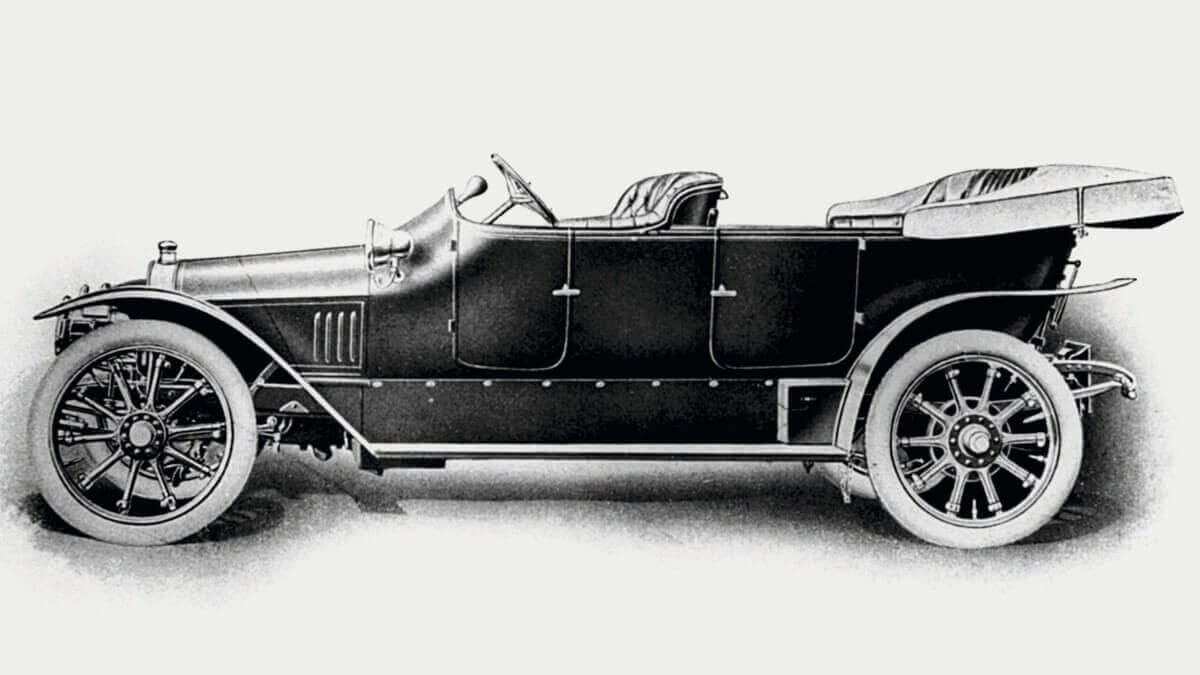 The early days of the Audi brand provide material for one or two novels. Strictly speaking, it all began back in 1899, when August Horch, after an apprenticeship in the forge of Benz & Cie. and an engineering apprenticeship at the Mittweida Technikum (Technical Center), founded the ‘A. Horch & Cie.’ together with the entrpreneur Salli Herz in Cologne-Ehrenfeld as a workshop for automobiles. Only one year later they developed their first own car ‘Modell 1’. Due to various orders, an expansion of the business became necessary, but this was impossible at the location in Cologne. Moritz Bauer from the mechanical engineering company Bauer & Lange took part and thus financed a move to Reichenbach im Vogtland in 1901. However, the entrepreneurs already resident there ensured that no expansion of the company premises was possible here either. Thus Horch moved to Zwickau only two years later with the help of other businessmen. There he had the company ‘August Horch & Cie. Motorenwerke AG’ entered in the commercial register on 10 May 1904.

In the following years the factory expanded more and more due to increasing order numbers. However, there was also increasing friction between August Horch and the management he had hired, who had completely different ideas about the company’s objectives and finally caused the company founder to leave his own company. In cooperation with some investors, August Horch then founded the ‘August Horch Automobilwerke GmbH’ in the immediate vicinity on 19 July 1909, which led directly to a legal dispute about the rights to the name with his original company. This could only be settled when the son of the befriended entrepreneurial family Fikentscher had the idea to translate the surname into Latin. The German imperative ‘Horch!’ thus became ‘Audi’, which led to the company being renamed ‘Audi Automobilwerke GmbH Zwickau’ on 25 April 1910 and five years later to ‘Audiwerke AG Zwickau’. 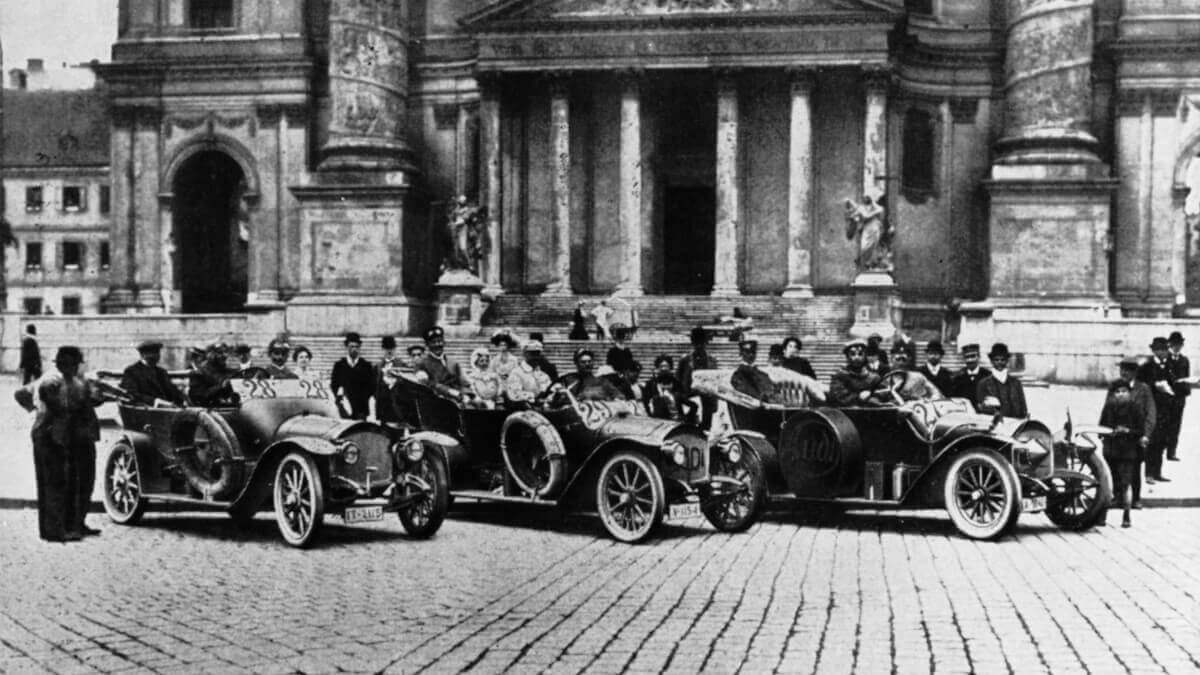 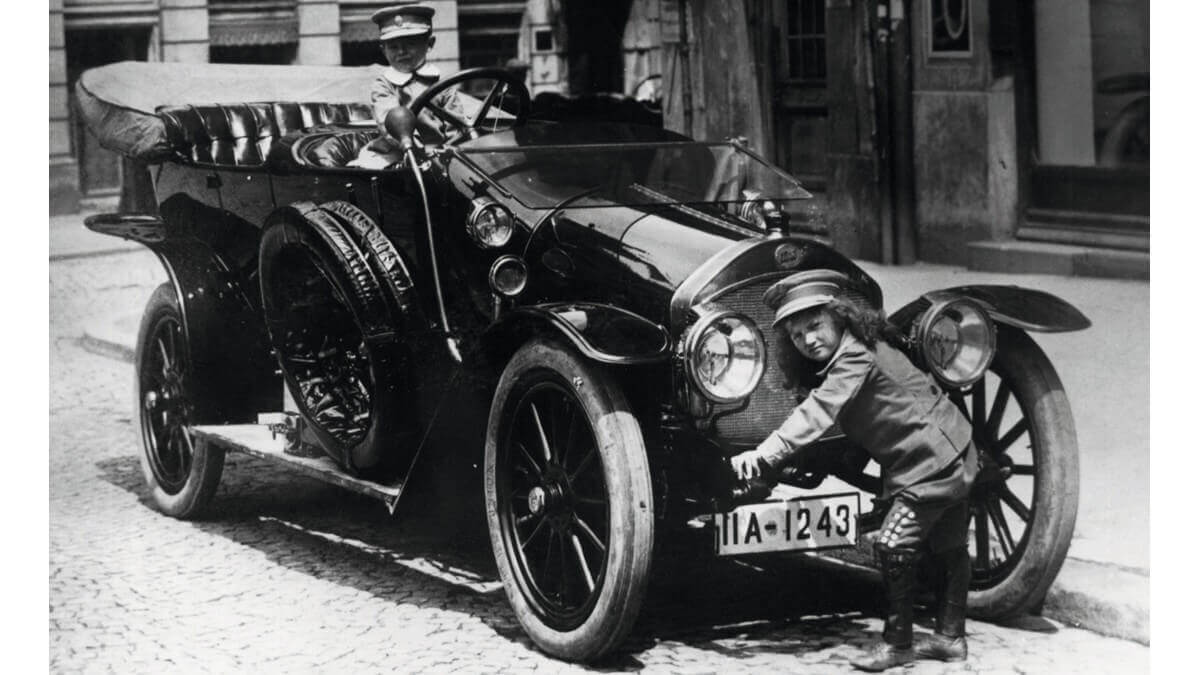 After this economic crime August Horch started anew. In May 1910 the Audi 10/22 PS was presented, which was internally simply called ‘Type A’. It was fitted with a 2.6-liter four-cylinder four-stroke engine with 16.2 kW/22 hp, which was transmitted to the rear axle via a directly flange-mounted four-speed gearbox and a cardan shaft. This allowed a topspeed of around 70 kph (43.5 mph). Without bodywork, the weight of the chassis with its 2.9-meter wheelbase and 1.3-meter track width at the front and rear was only 830 kilograms. Most of the 137 units produced, which left the plant until 1912, were fitted with a Sport Phaeton bodywork. The basic price in Germany was 8,500 Reichsmark. From as early as 1911 Audi also produced the successor model 10/28 PS ‘Type B’ in parallel. As fas as we know today, only one Audi Type A still exists, which belongs to the Technical Museum in Prague.