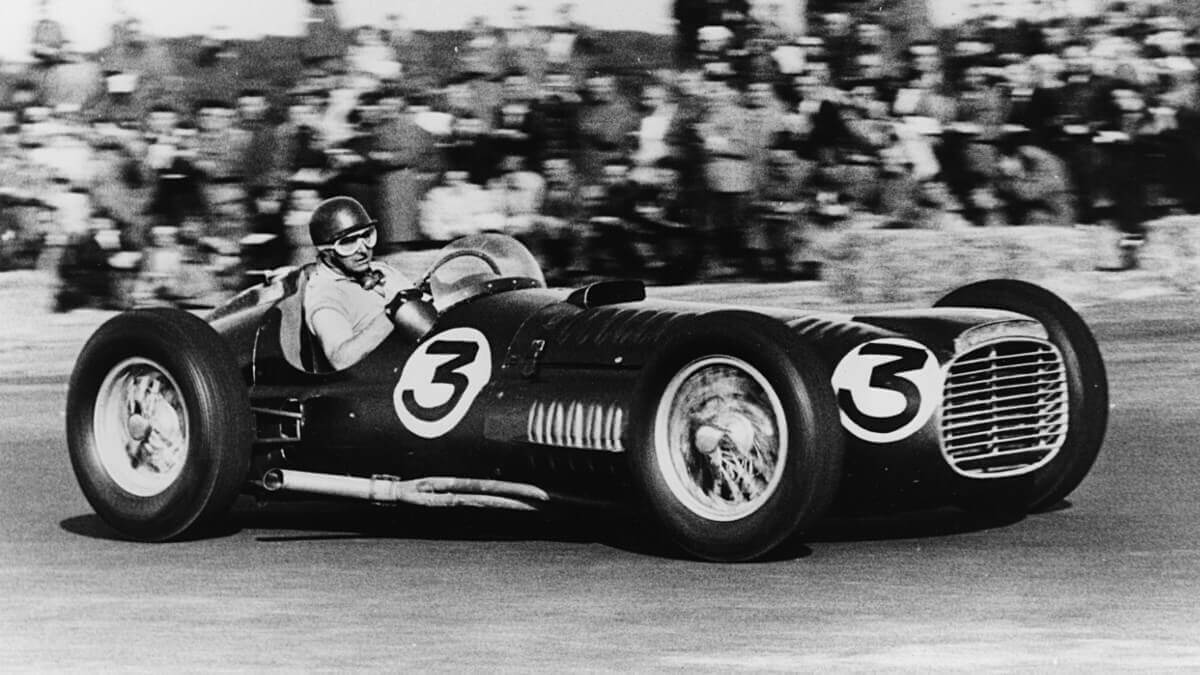 In the 68 years long history of Formula 1 there have been quite some storys as well as technical trials and tribulations. At the beginning of the 1950s the displacement was reduced to only 1.5 litres and everybody expected small engines with six to eight cylinders maximum. BRM (British Racing Motors) in the United Kingdom had other plans. They developed a 1.5 liter V16, which could reach more than 12,000 revs per minute and was put under pressure by a supercharger. Contemporary sources speak about 485 horsepower in the beginning at 8,400 rev/min and more than 610 hp at 12,000 rev/min. Some experts think it could have reached even higher revs with more power which have been to the test by Graham Hill in 1968 when he took the car for some demonstration laps in South Africa and reached about 13,000 rev/min.

In its active racing times the BRM Type 15 took part in only four official Formula 1 Grand Prix but only started to two of those races and reached the points once. The reason was its unreliable which suffered water in the cylinders due to the high pressures and its method of construction with block and separate cylinder heads. But BRM developed the car and took part in other races outside F1 with much success. It is the very first Formula 1 car with disc brakes all around. In its time several famous racing drivers have been at its wheel, amongst them were Sir Stirling Moss, Juan Manuel Fangio, Mike Hawthorn, José Froilán González or Peter Collins. 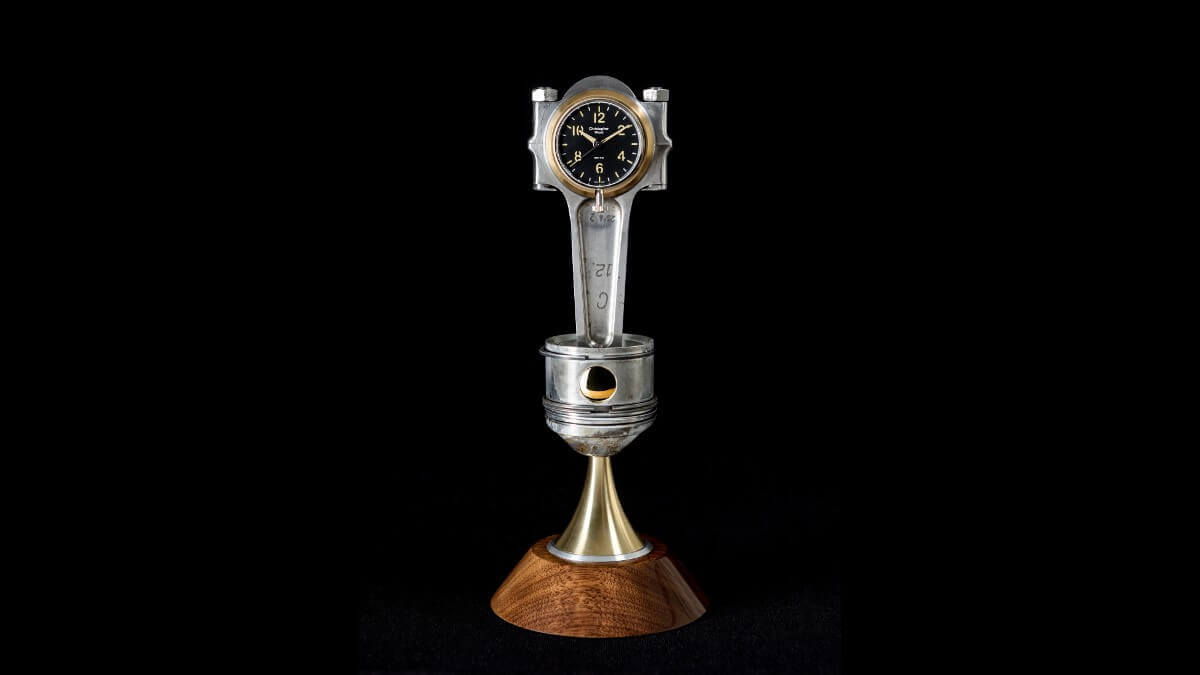 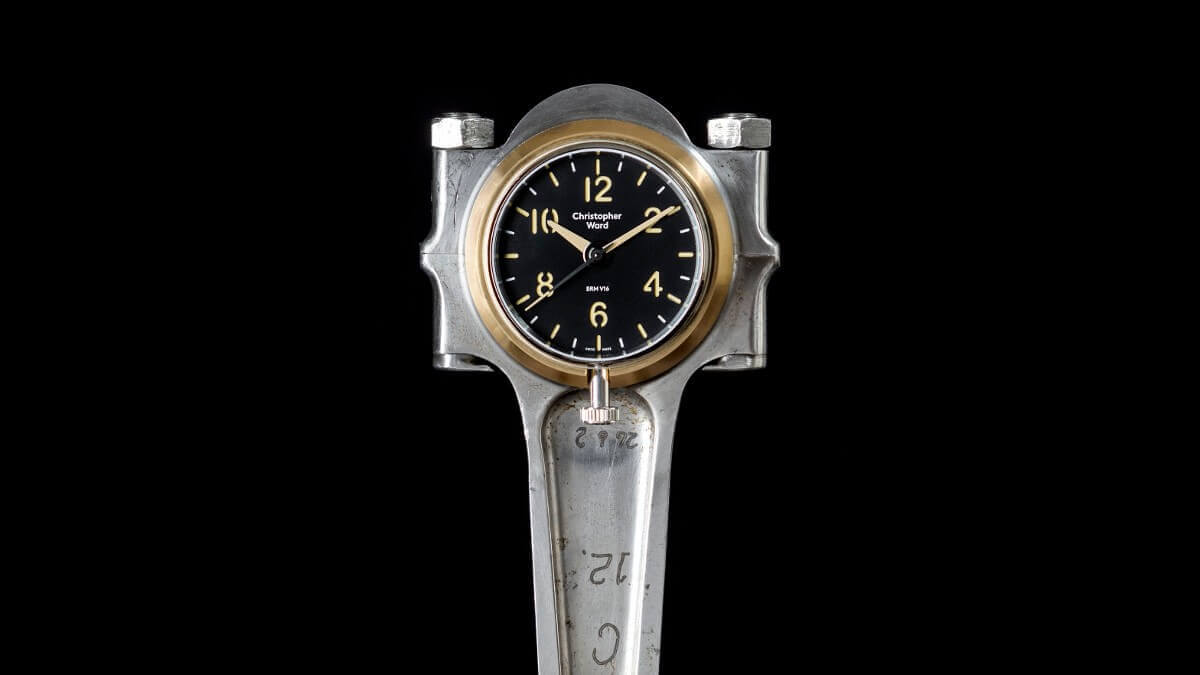 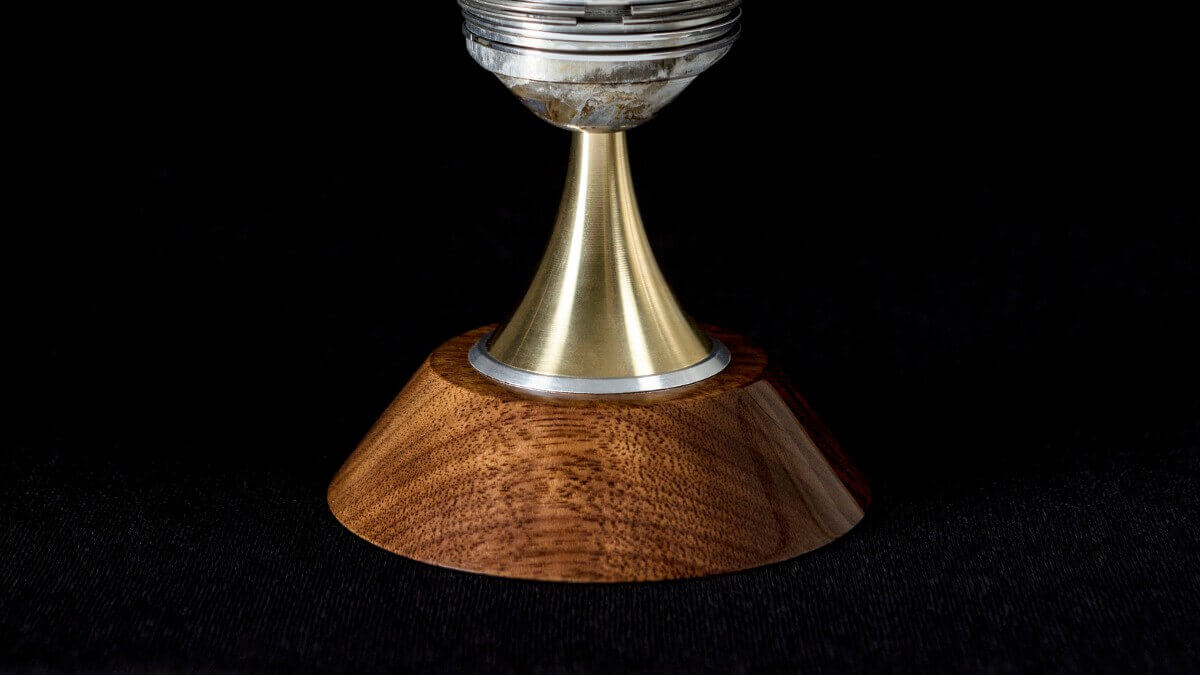 Today the BRM V16 is nearly unknown outside of the United Kingdom. All together only four cars of the Type 15 have been built of which one has been destroyed in a racing accident and another one was modified to the successor Type 30. The National Motor Museum in Beaulieu owns chassis number 001. This one will now be totally restored to be driveable again. To better finance this process, the National Motor Museum Trust has made an extraordinary decision: 14 original pistons and their connecting rods have been made to exclusive desk clocks with timepieces from Christopher Ward in the ‘big end’ where the connecting rod was once secured to the crankshaft. These are now offered for sale.

These 68 years old pistons had to be changed due to traces of wear, but the museum thought it would’ve been a pity to dispose them. Instead they ordered special handmade timepieces at Swiss watch maker Christopher Ward, which replicate the oil pressure gauge of the BRM Type 15. The piston is placed upside down on a special made brass and hardwood base. National Motor Museum Trust asks for 6,000 GBP per timepiece. Orders can be done at [email protected].