After FIVA announced the winner of the ‘Best Preserved Vehicle’ award at rally Pays de Fougères yesterday, they now show the winner car of the same category during the world famous Concorso d’Eleganza at Villa d’Este in Italy. There you normally only find the most beautiful and very rare cars to compete in the beauty contest. Until some years ago only over-restored cars in conditions better than new could be found at events like this. In the meantime collectors and jurors learned to love vintage cars with well-maintained patina.

At this years Concorso d’Eleganza at Villa d’Este they had the category ’80 Years of Automotive Archeology’ in which also a very rare SCAT 25/35 HP competed. You don’t know SCAT? You’re not alone. The Società Ceirano Automobili Torino, short SCAT, was founded in 1906 by Giovanni Battista Ceirano. He and his brothers Matteo, Giovanni and Ernesto founded at least eight car manufacturers in Italy between 1901 and 1923, for example Itala and SPA. The very first car developed by Giovanni Battista Ceirano was sold by him to F.I.A.T. founder Giovanni Agnelli who made it into the first ever Fiat model in 1899. 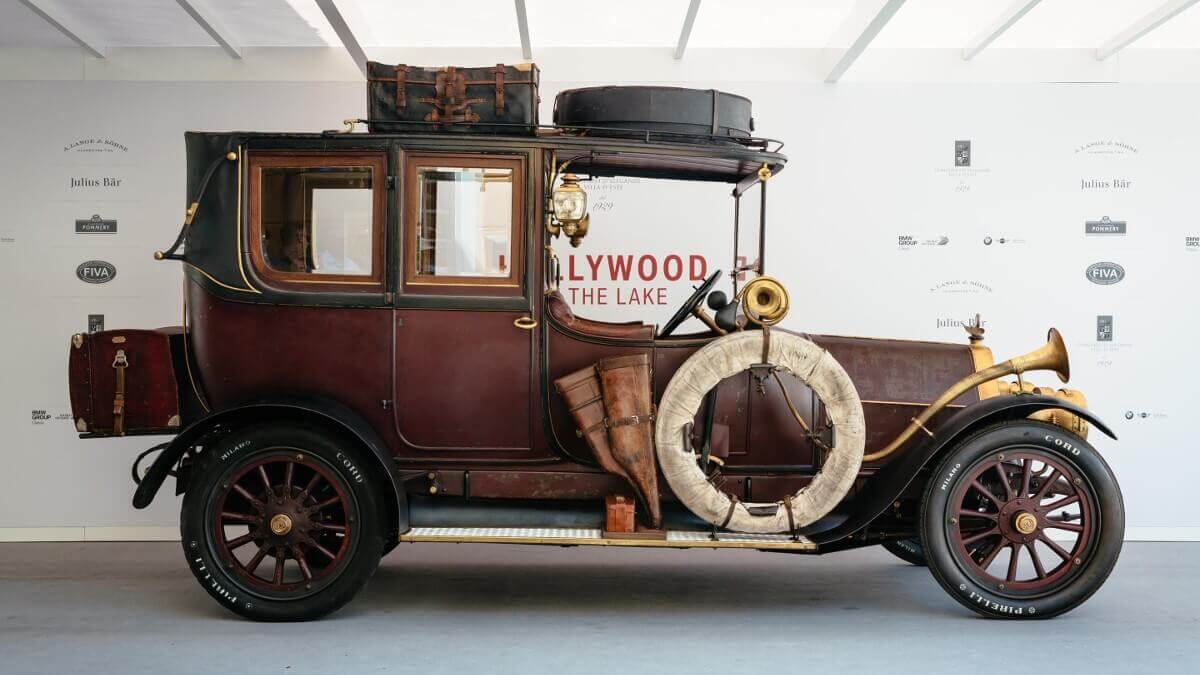 SCAT existed until 1932. In the years 1911, 1912 and 1914 they won the famous Targa Florio. At the 1912 race British racing driver Cyril Snipe drove his SCAT 25/35 HP in 24 hours, 37 minutes and 39 seconds around the 965 kilometers long circuit in front of 26 other cars of Alfa, Lancia, Fiat and Isotta Fraschini. These racing victories also brought them good publicity and more sales.

A SCAT 25/35 HP with its 4.7 liter inline six-cylinder engine and a Landaulet bodywork is owned today by well-known Italian car collector Corrado Lopresto. Normally he collects one-offs, concept cars and very early serial numbers of rare sports cars, but he couldn’t leave this well-kept, never restored SCAT when he saw it. A class victory at Villa d’Este and the additional FIVA Preservation Award give him right.