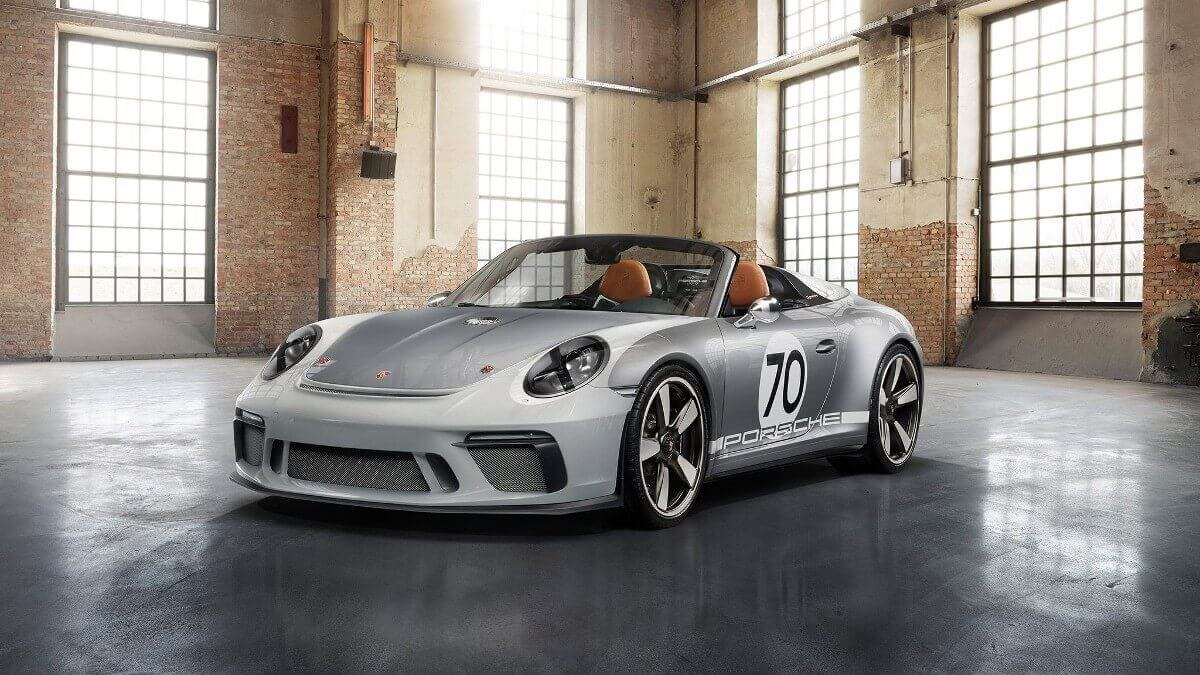 Porsche gives a present to itself an all the fans worldwide during their celebration of 70th anniversary with the 911 (991.2) Speedster Concept. Design is inspired by the 356 1500 Speedster which was ordered as a new entry-level model line by US importer Max Hoffman in the 1950s. It was used in many clubsport races, where it could be driven under own power. A smaller windscreen and a small and narrow designed softtop came as standard equipment. For racing events the drivers mounted quick-fasteners for bonnet and trunk as well as X-shaped stickers on the headlights to secure them from breaking due to stonechips or small accidents.

All these details can now be found at the new concept car. The headlights show the X-shape with matte and shiny areas, the fuel filler cap is mounted in central position of the bonnet, wing mirrors recreate the shape of ‘Talbot mirrors’ from the 1950s and 60s, the windscreen is lower than the part of the 991 Convertible and behind the two seats Porsche mounted a special carbon cover, styled as on earlier 911 Speedster models. Between the two typical humps two black aerodynamic elements are used as well as a plexiglass wind bulkhead with engraved ’70 Years Porsche’ logos. Instead of using a softtop Porsche announced a tonneau-cover to keep rain out of the car while it is parked. 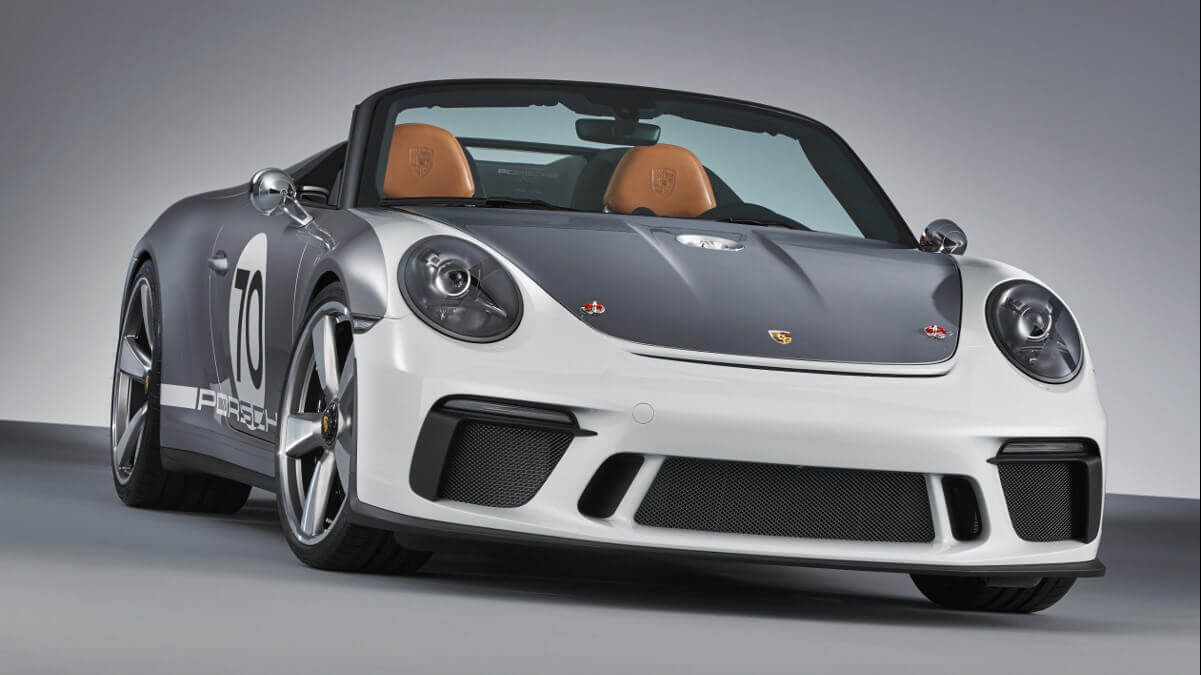 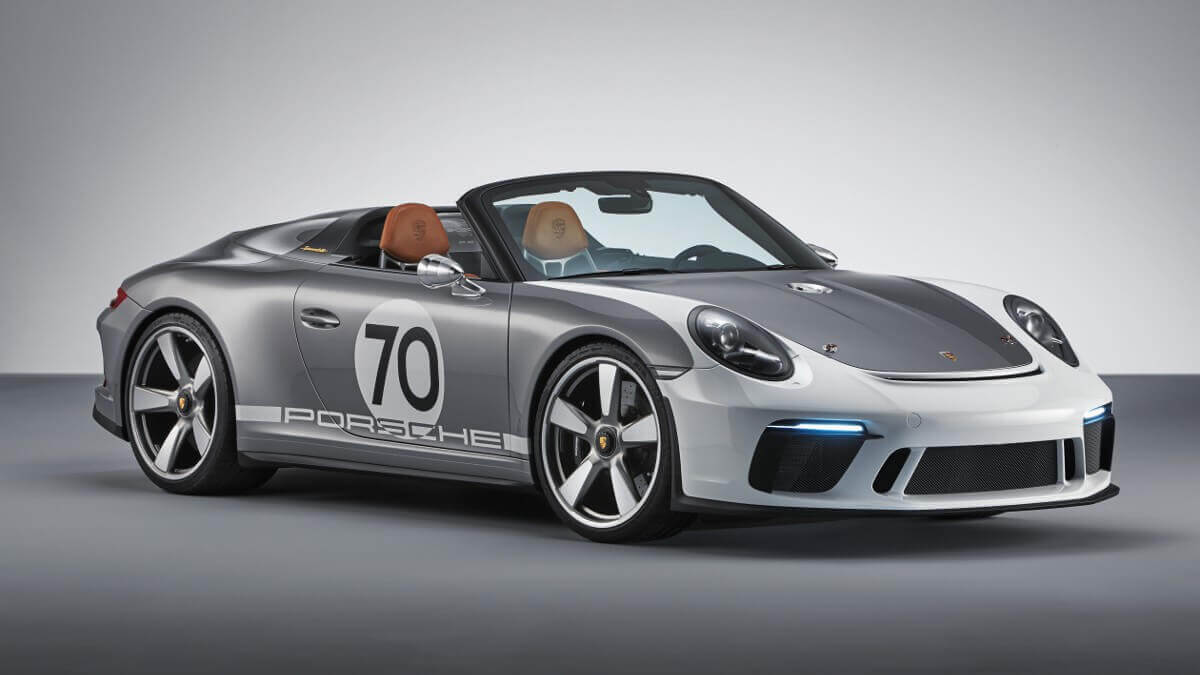 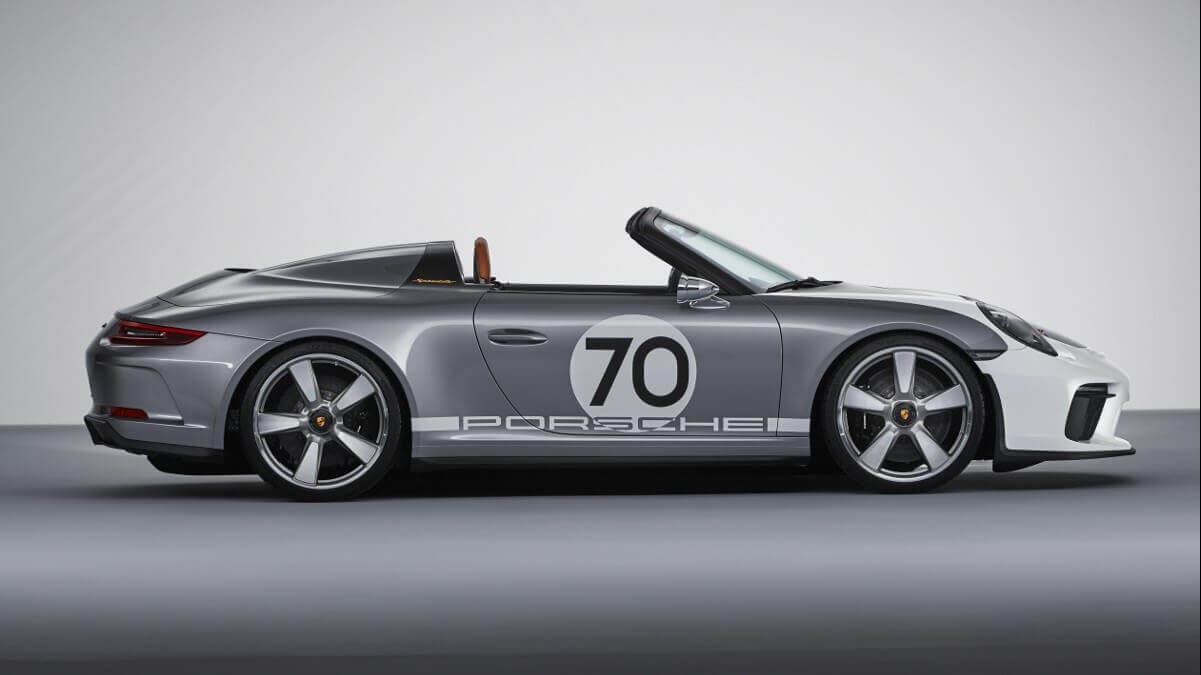 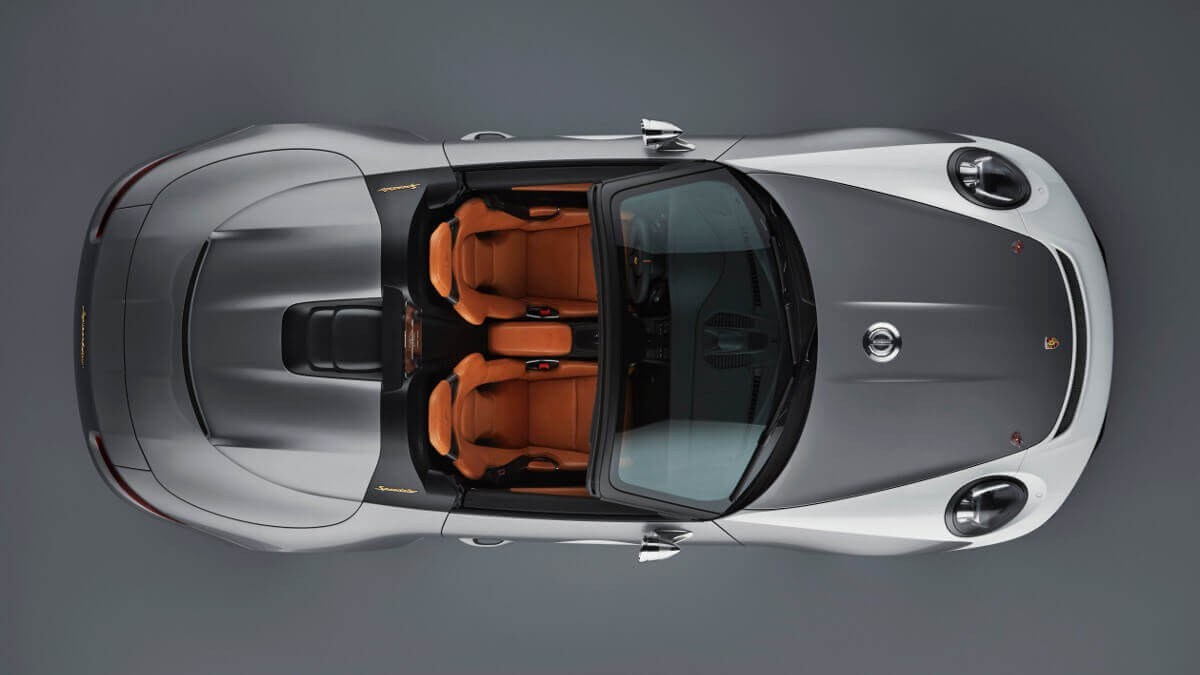 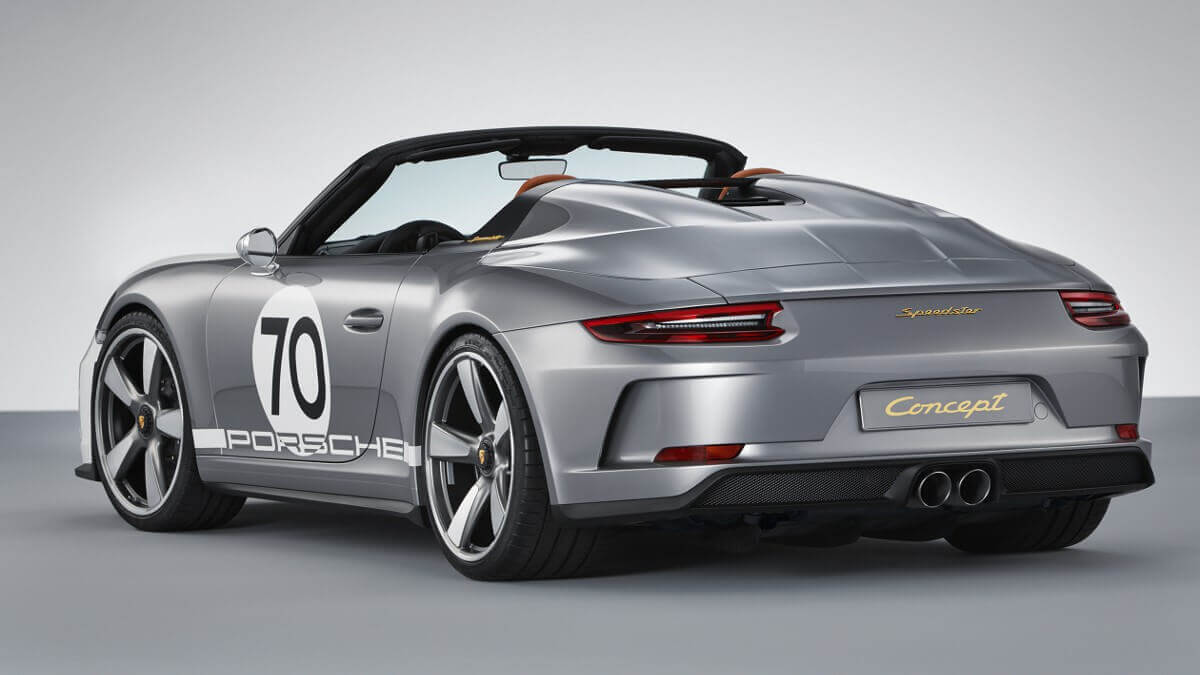 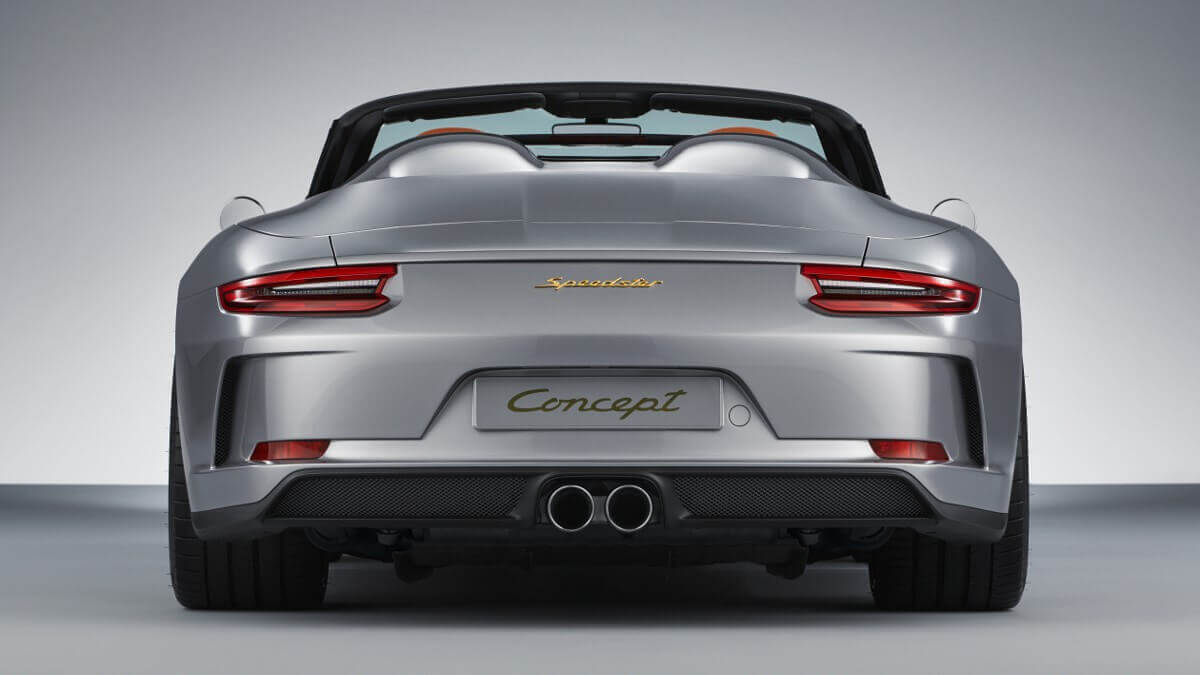 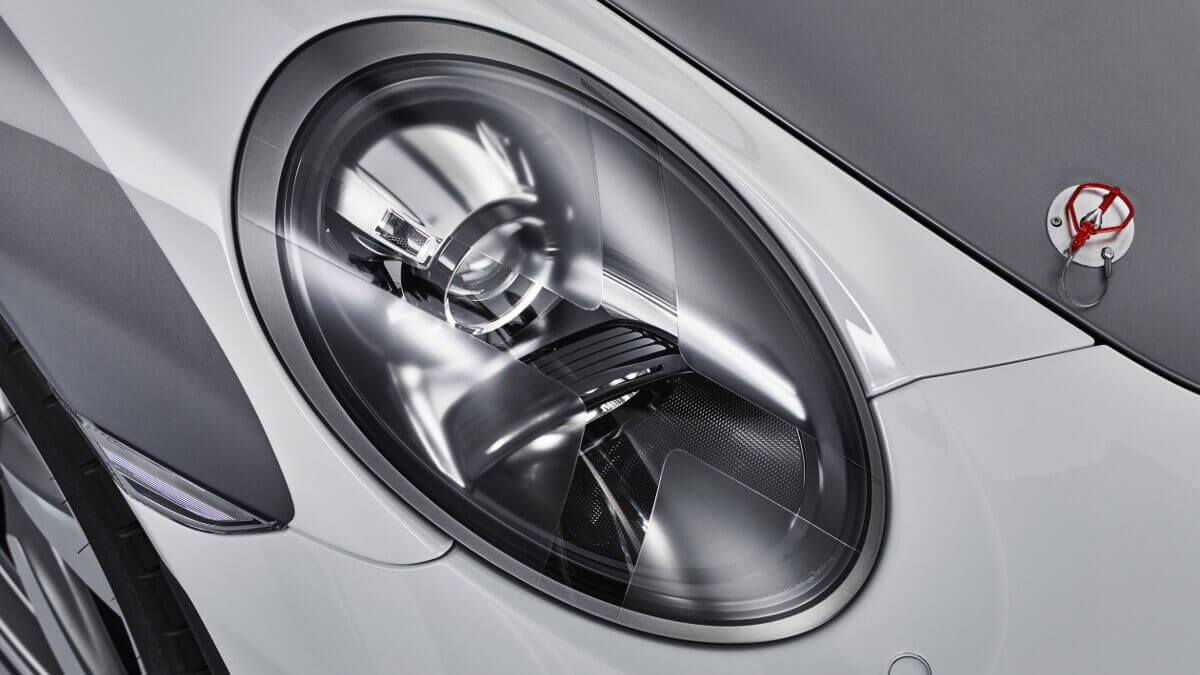 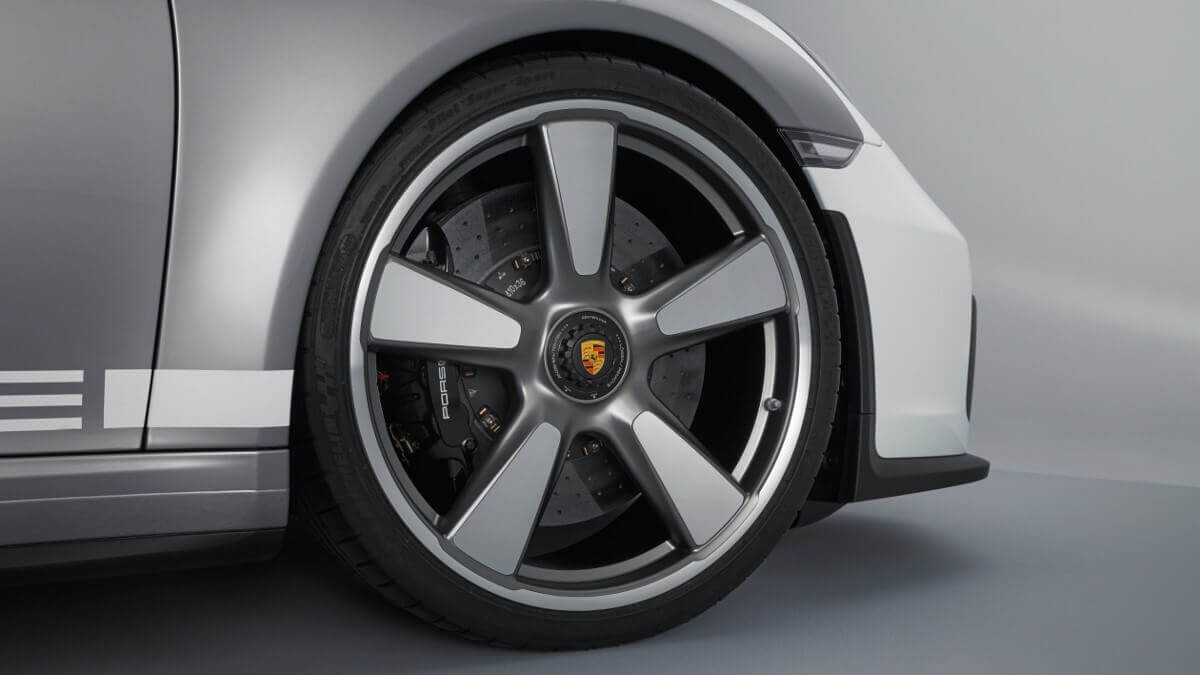 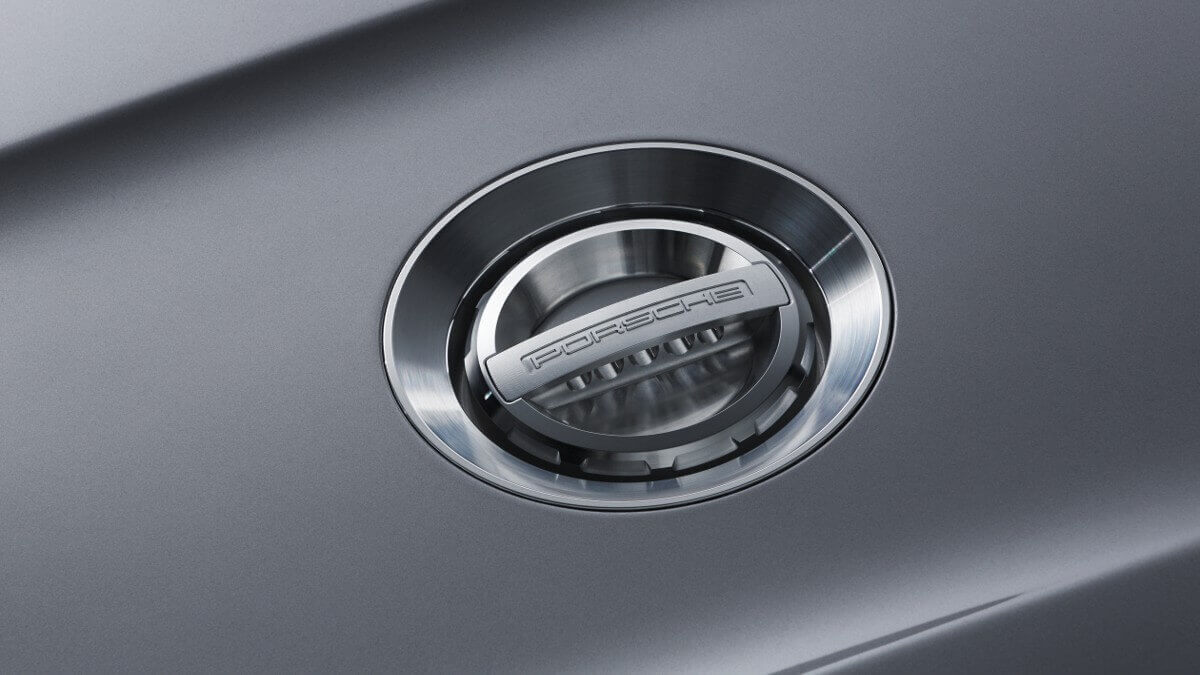 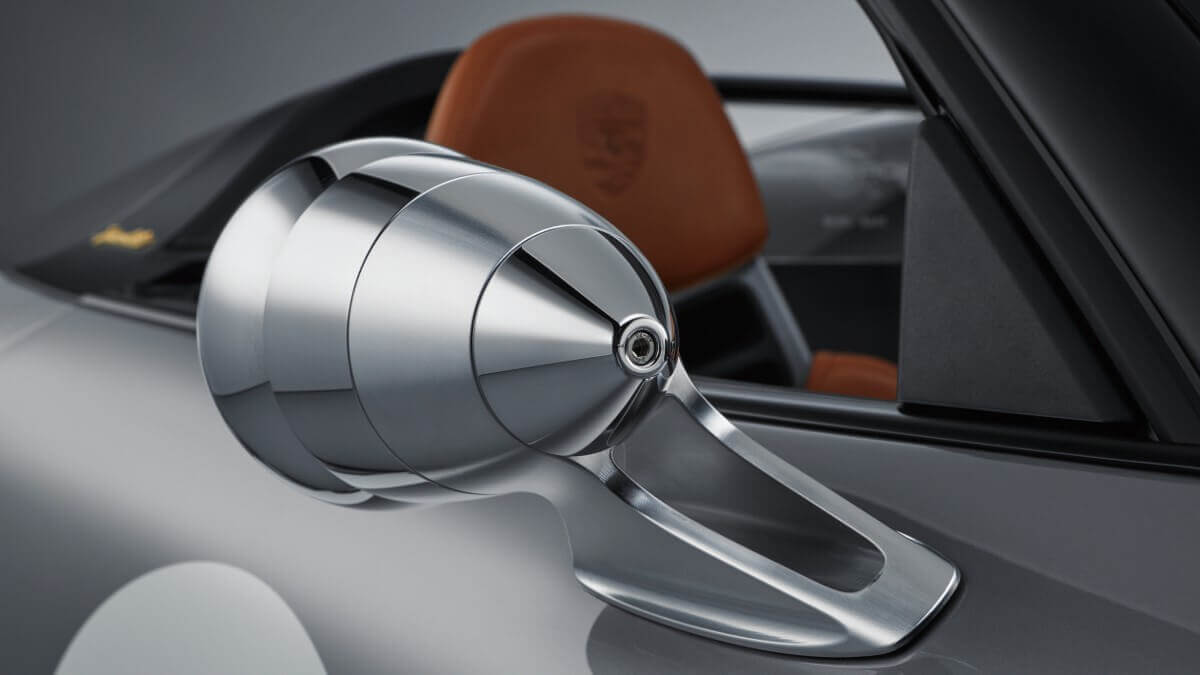 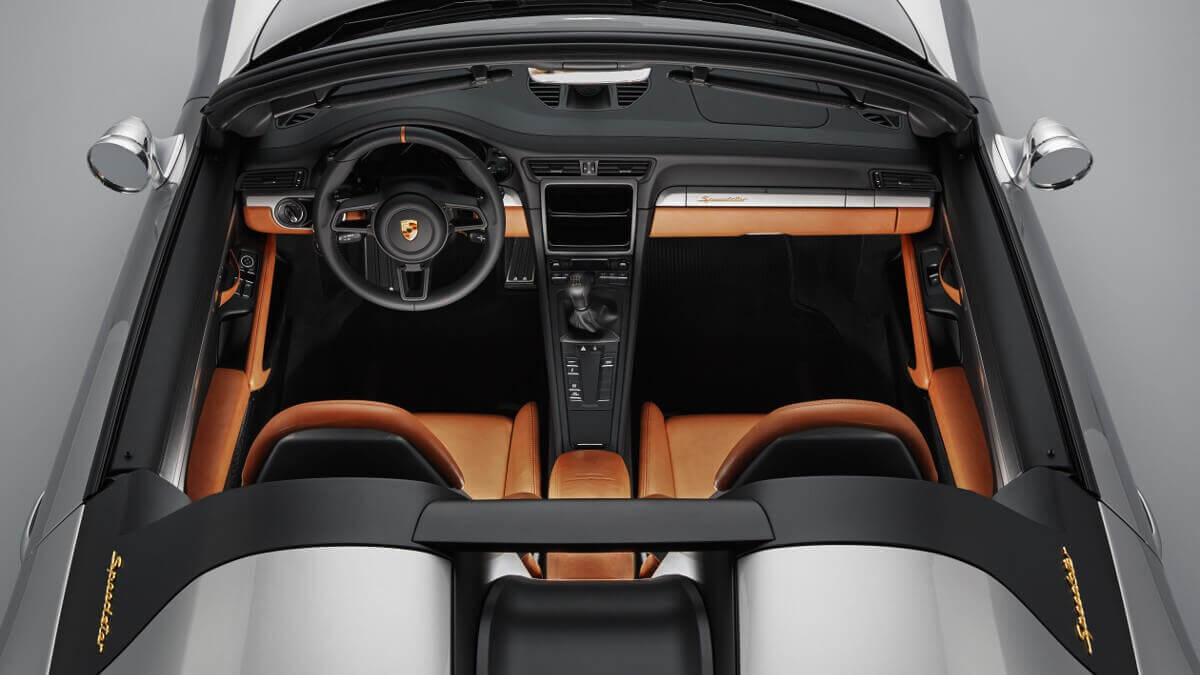 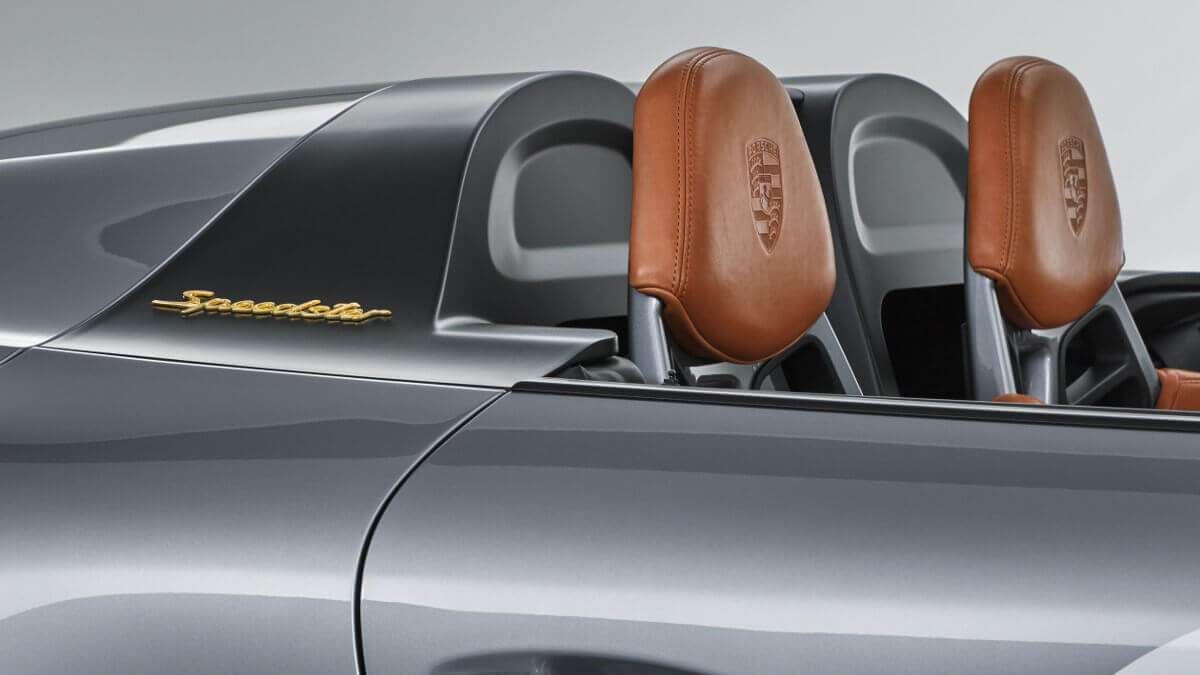 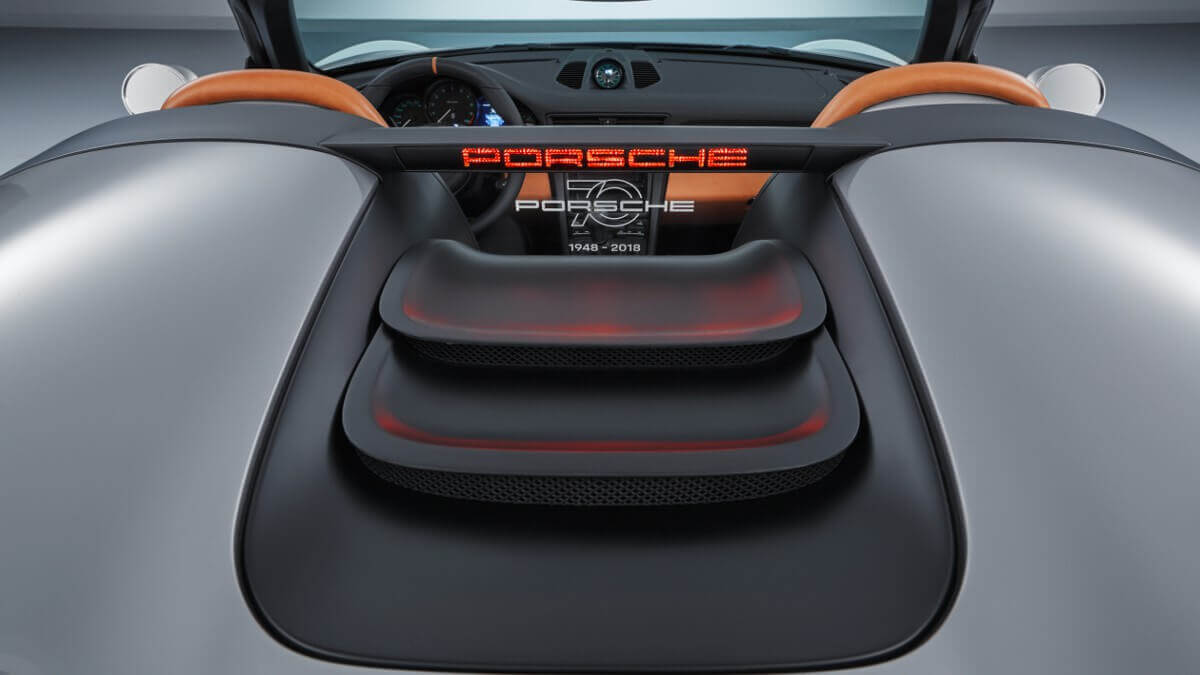 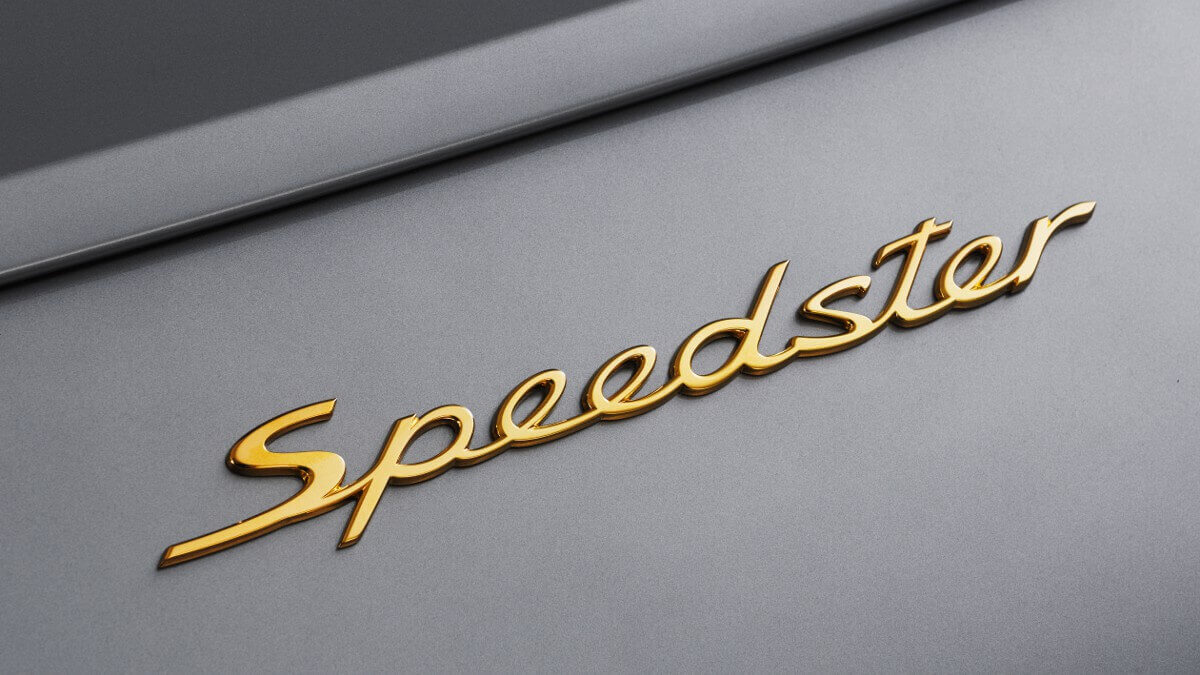 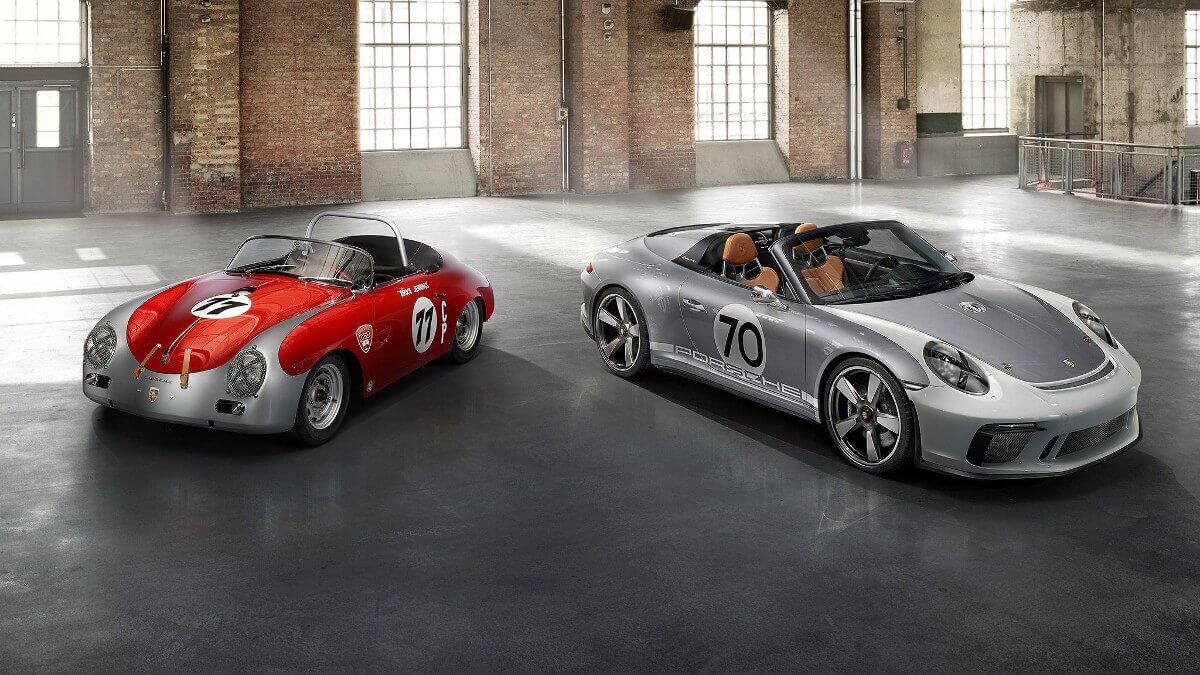 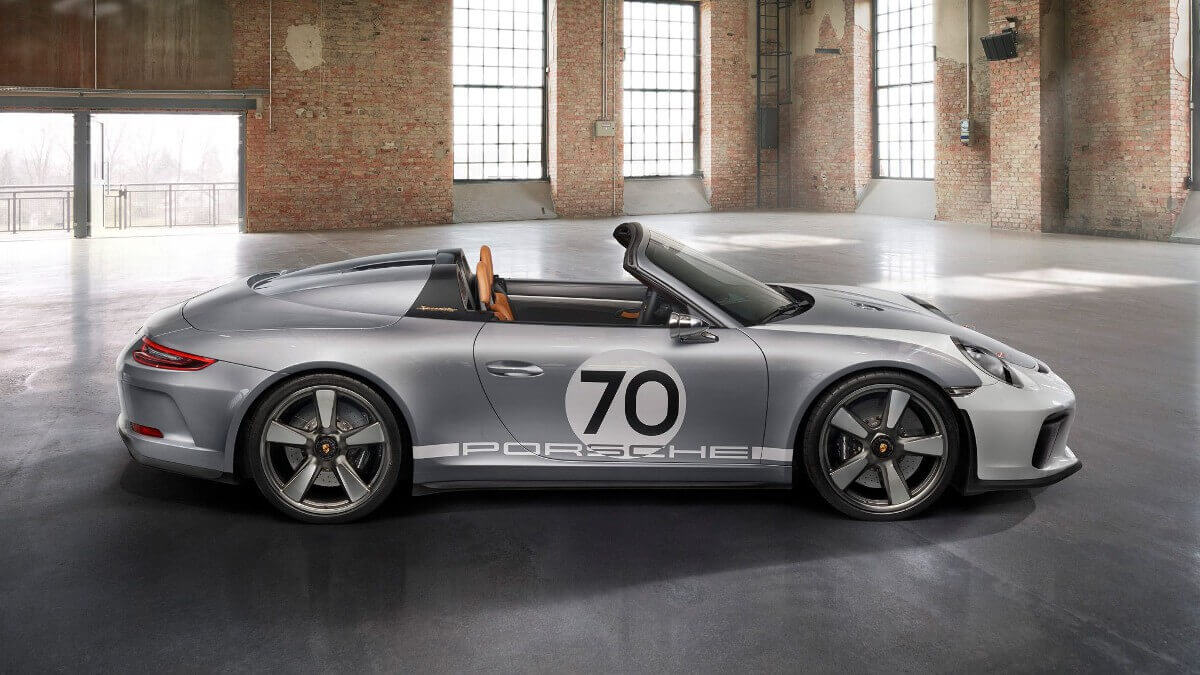 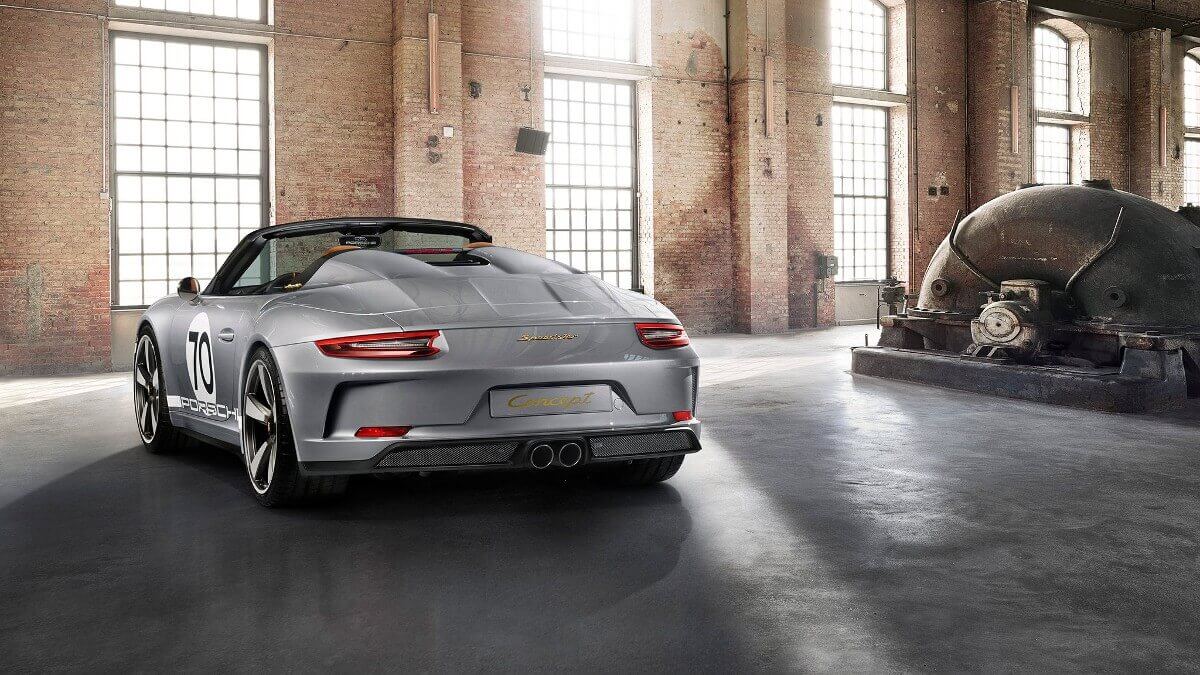 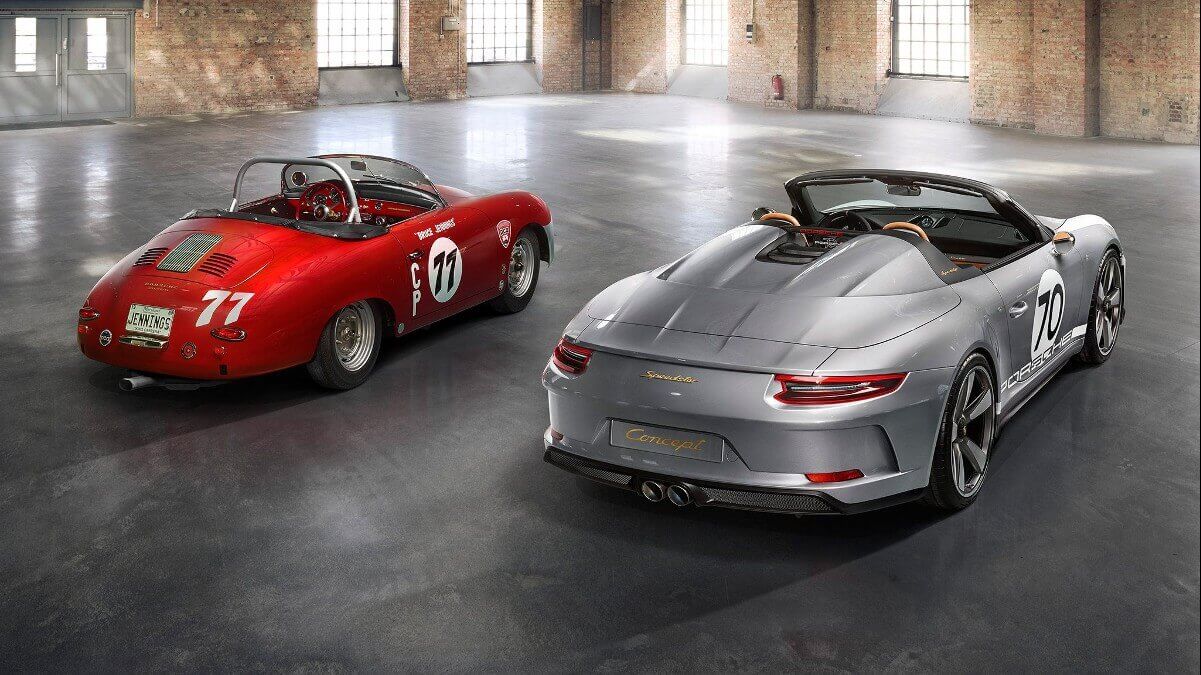 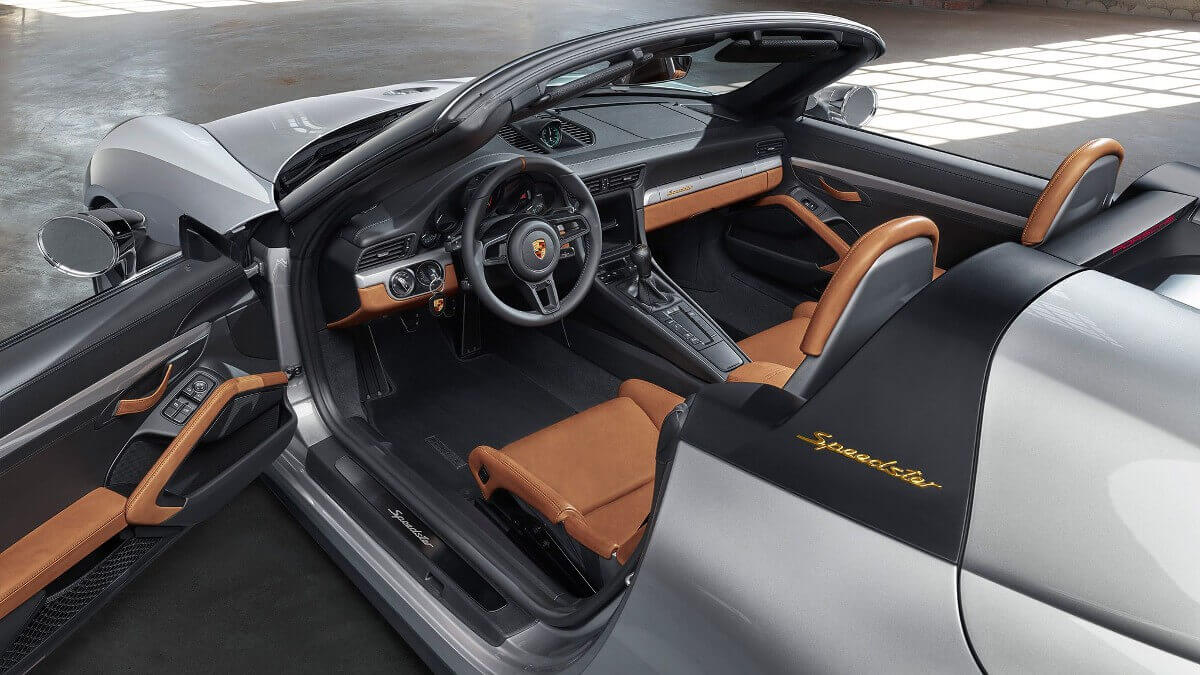 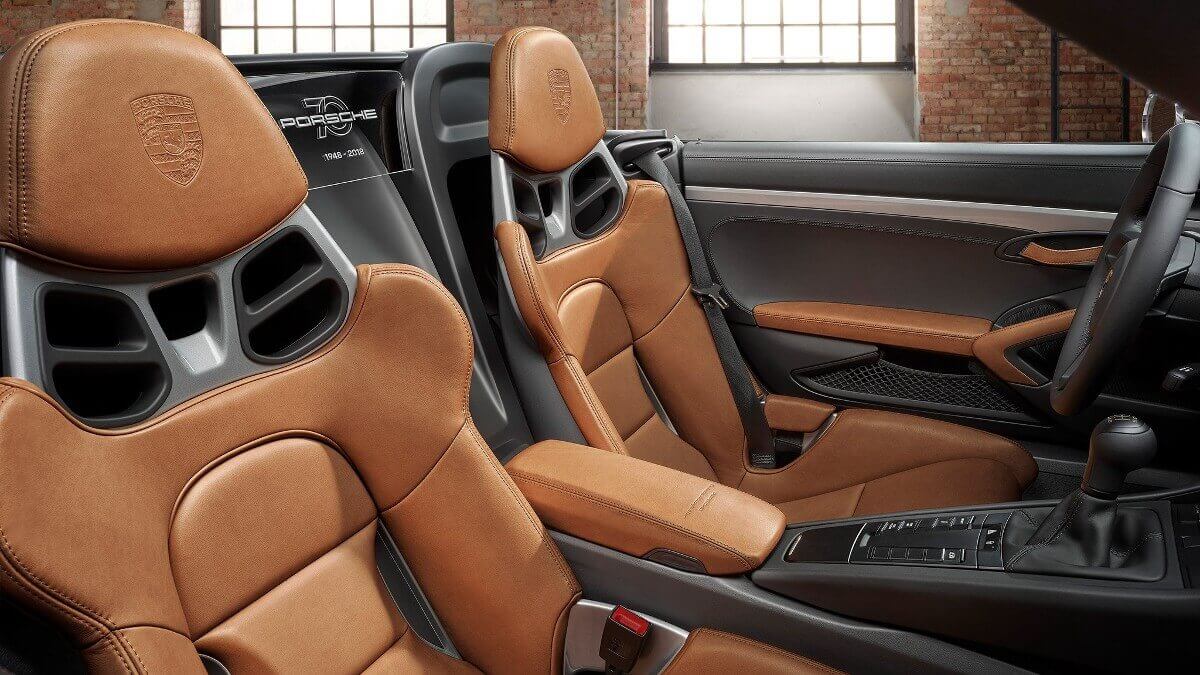 Body-in-white of this 911 Speedster Concept comes from a 991.2 Carrera 4 Convertible, but with carbon wings all around as well as front and rear parts made from carbon as well. Also the painted livery in GT Silver metallic and White is inspired by the old 356 Speedster race cars with their color split at the front and an arrow-like part above the front wheels. The black B-pillars and the rear show milled and gilded Speedster logos.

Inside the concept car continues in its historical style. Leather upholstery in ‘Cognac 356’ light brown covers the sportseats and the lower part of dashboard and door cards. To get the car as light as possible, Porsche reduced the standard equipment by deleting climate control, radio and navigation system. At the rear of the car sits the four liter six-cylinder boxer engine from the 991.2 GT3 and GT3 RS with more than 500 horsepower, that delivers its power through a six-speed manual transmission to the rear wheels. Wheels are a good theme: The 911 Speedster Concept shows 21 inch alloy wheels in the typical Fuchs wheels design and central mounts for the first time. Chassis and the exhaust system made from titanium are known from the GT3 as well. Depending on the press release Porsche is still thinking about building a production version of it, but there are some prototypes that have been spotted on the road and at the Nürburgring already. So at least a limited edition should be possible.