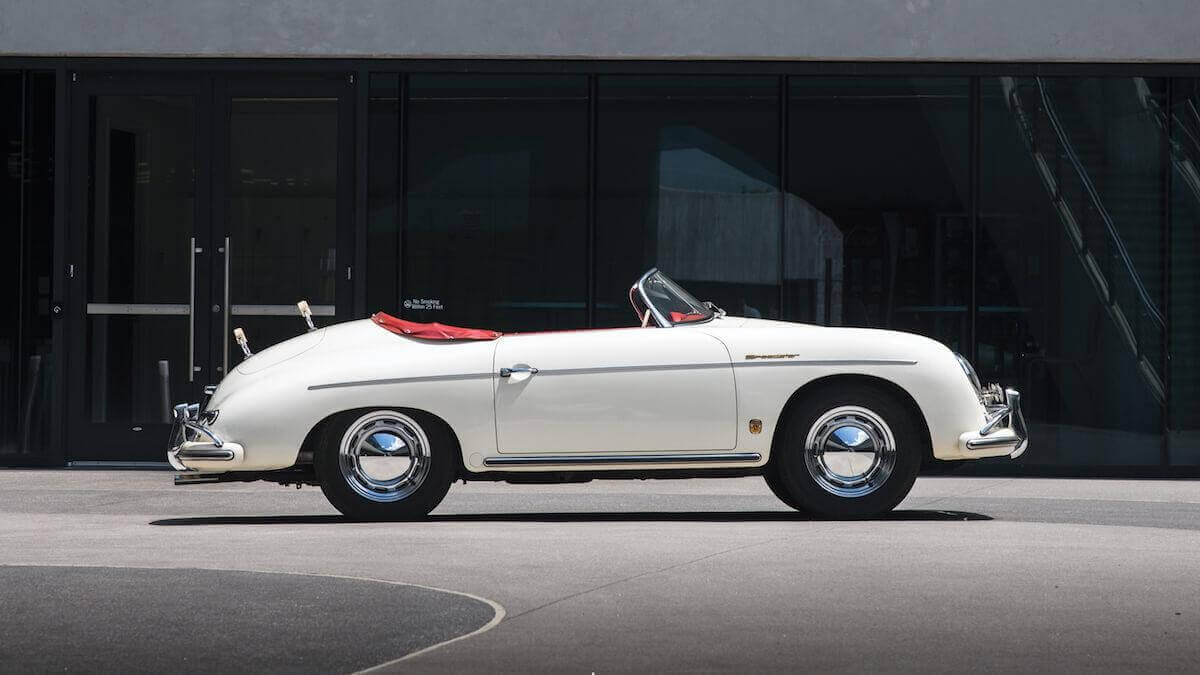 51 years is a long period – specially if this is the period of ownership for one car. But Robert Howry jr from Lancaster/Pennsylvania isn’t the first owner of the car in question. He bought it as an eleven year old second hand one. It is a Porsche 356 A 1600 S Speedster which was bought new by Manny Smith, a scrap-metal dealer from his neighborhood. He got it at 26 November 1956 from Lancaster County Motors and drove it for 32,000 miles during the eleven years he owned it. If you think about the background of the Speedster being an entry-level Porsche made up from the idea of US importer Max Hoffman, you must say this idea became a reality with this very car.

Robert Howry jr developed his interest in sporty cars slowly. He saw the local undertaker driving a fast Buick and also bought one, but was disappointed in the performance and sold it quickly. His next car was a Jaguar XK120, which was his entry in the growing scene of the European sports car scene in USA. A few years later he sold the Jaguar for nearly the sum he originally paid for it and bought his first Porsche, a 1955 356 Continental Coupé. Next to its sporty driving abilities he also had to learn its sturdiness the hard way when he lost control, hit a pole and totalled the car, but was able to exit the wreckage without injuries. During his time in the Army in West Germany he bought his next Porsche 356 which he drove 17,000 miles all over Europe in just seven months. Then he shipped it to the US and joined the ‘Susquehanna Sports Club’. There he met his future wife Joan, who was driving an Austin-Healey 3000. Later he found the ad for the above mentioned 356 Speedster. 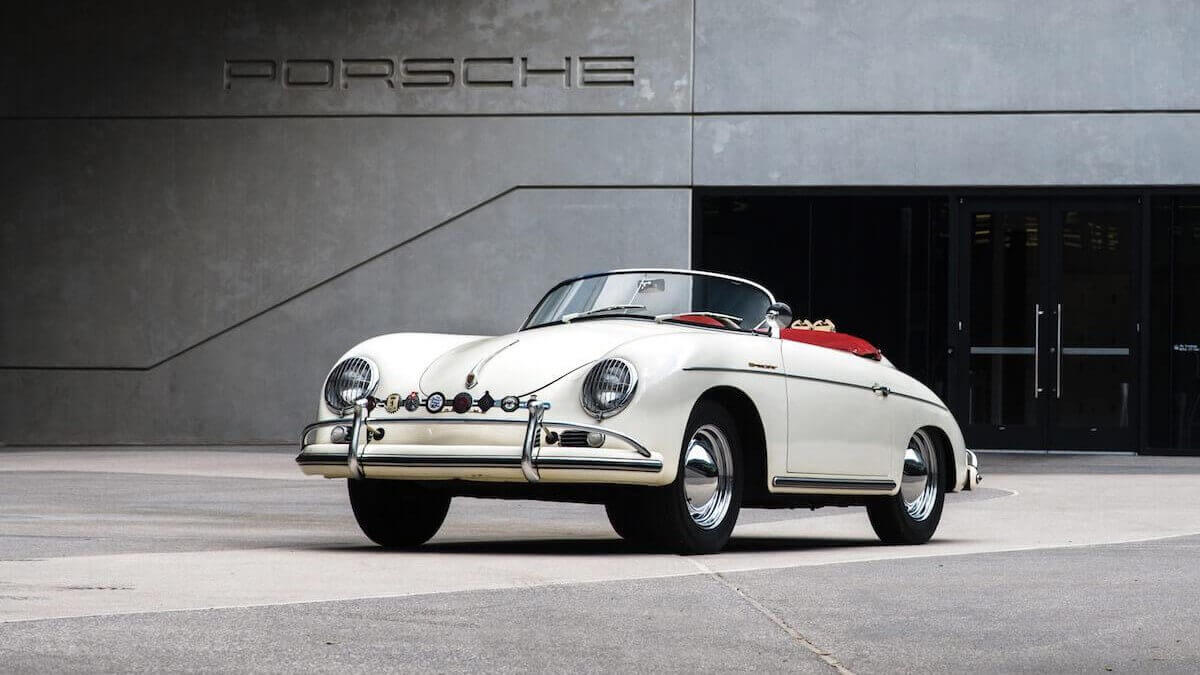 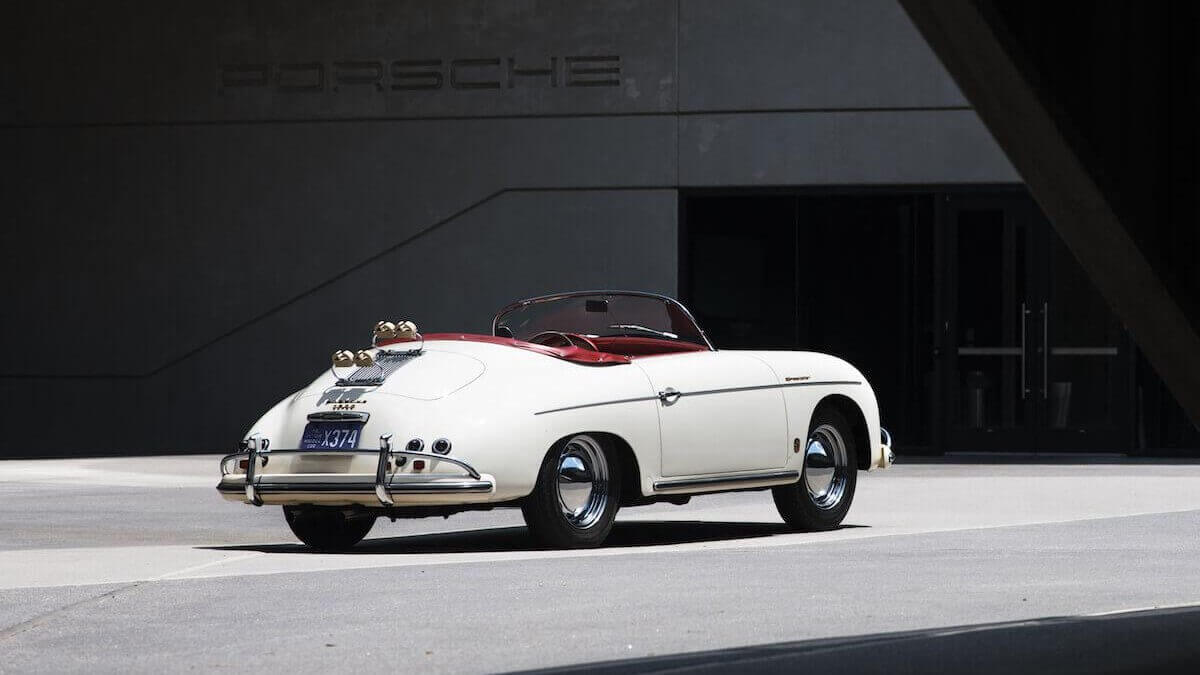 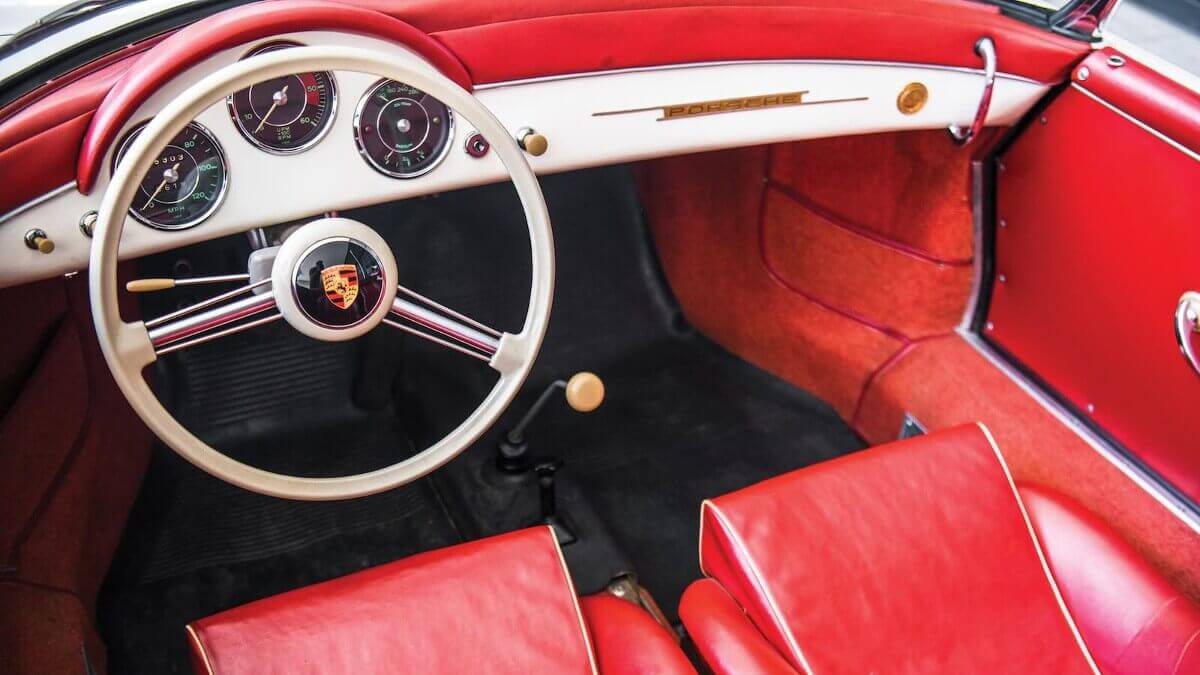 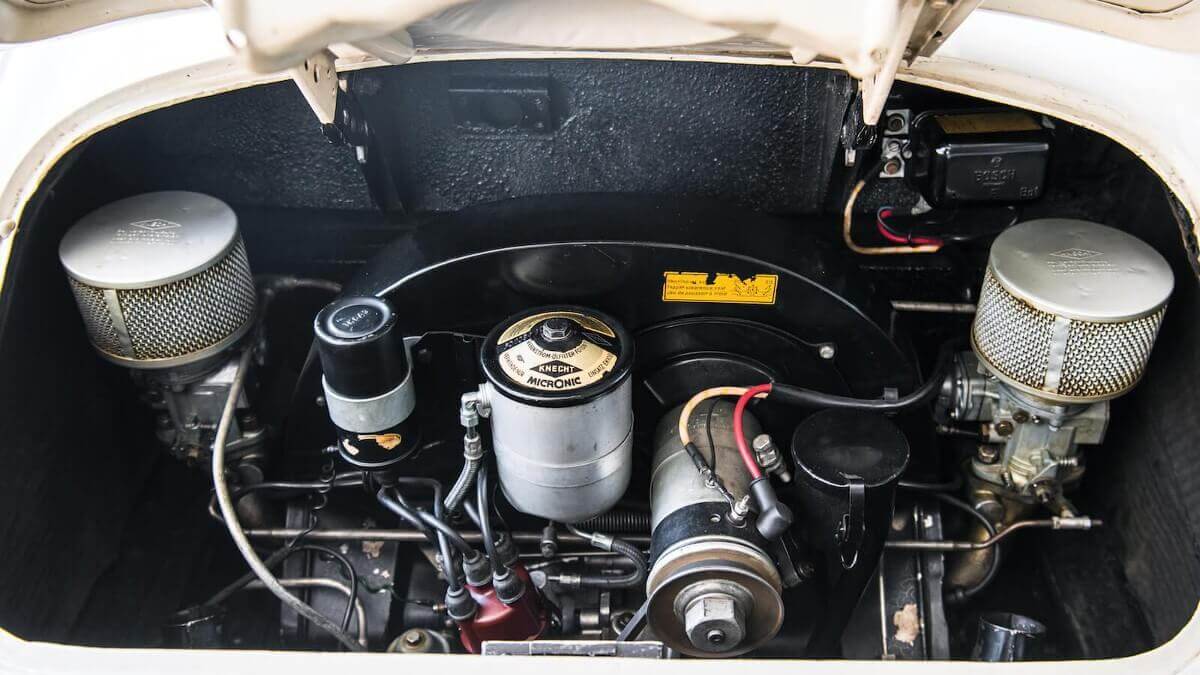 Back to Howry and the year 1967, when he saw this Speedster for the first time. “I was always a Coupé guy, but that Speedster was just so darn good-looking. I didn’t really want it, but it just looked so pretty”, he explains his buying to RM Sotheby’s. But he never felt comfortably behind the steering wheel and only drove the car for an additional 3,000 miles in 51 years. However he maintained its original condition and kept it in a specially built garage, only coming out for special occassions. For example he took part in the Porsche Parade 1979 in Reston/Virginia and won the ‘Porsche Club of America Concours Class’. Sadly the car suffered minor damage due to a mishap in a workshop and its front bonnet had to be repainted. Other than that all of the bodywork still shows its original paint in special-order color Glacier White, while the interior features the original red leather. Next to the aftermarket Porsche chrome-wheels its next owner will also get the original steel wheels with the car as well as all manuals, tools and more unique original parts. RM Sotheby’s didn’t say much about the anticipated estimate of this car for now.