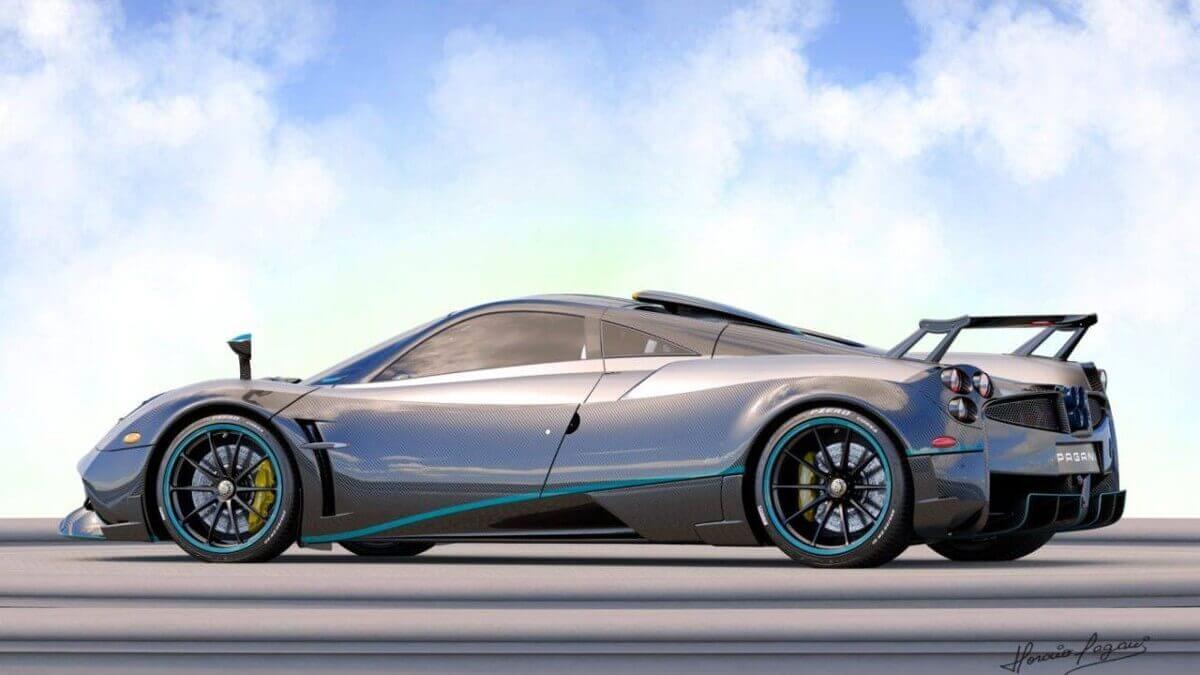 In 2011 small Italian sports car manufactory Pagani showed its new Huayra as successor to the Zonda. ‘Huayra Tata’ comes from the native language Quechua and means as much as ‘father of the wind’. The Coupé was limited to 100 examples, followed in 2016 by the more powerful Huayra BC, limited to 20 cars and last year by the Roadster of which again 100 cars will be build.

Next to those limited cars Pagani also builds unique examples for special collectors and VIP-customers. So there are already more than 130 Huayra Coupés (including BCs) all over the world. To finish the Coupé production Pagani now announced the Huayra L’Ultimo for Brett David, CEO of Prestige Imports in Miami/Florida. 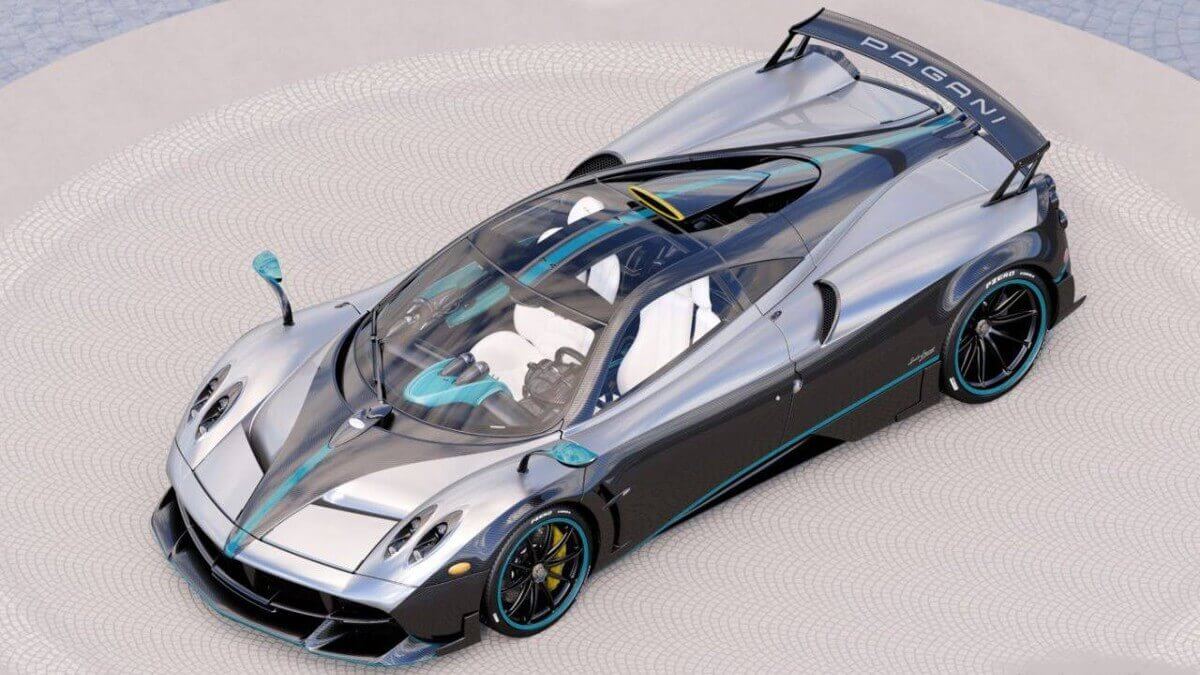 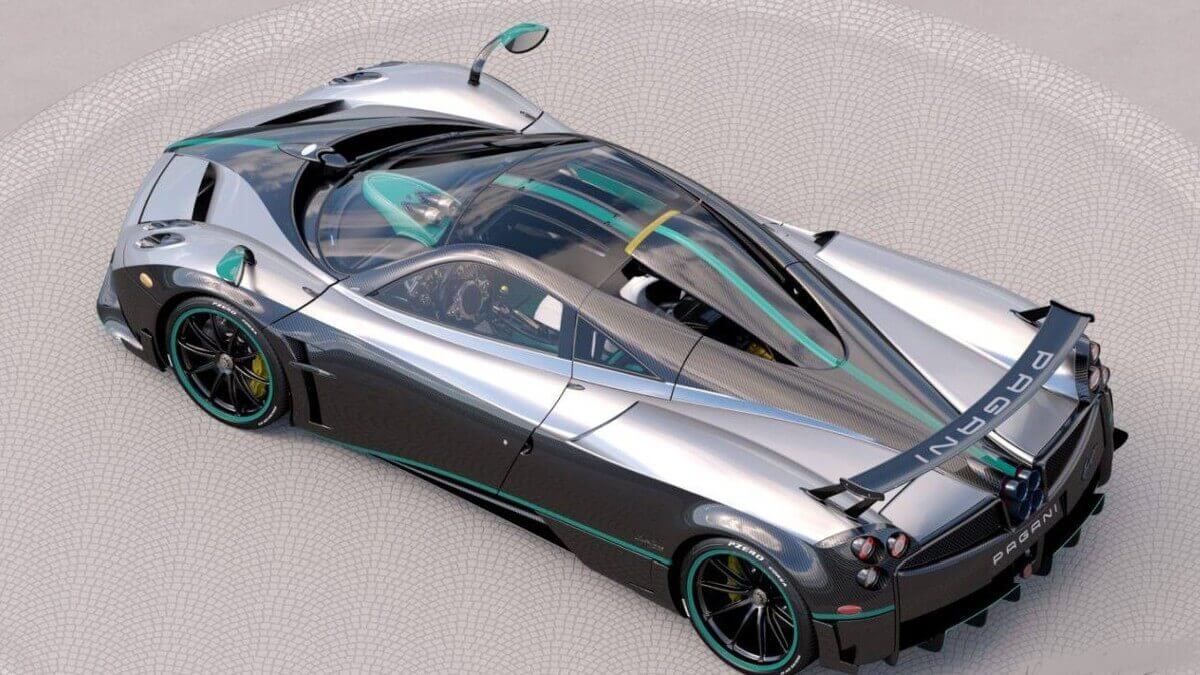 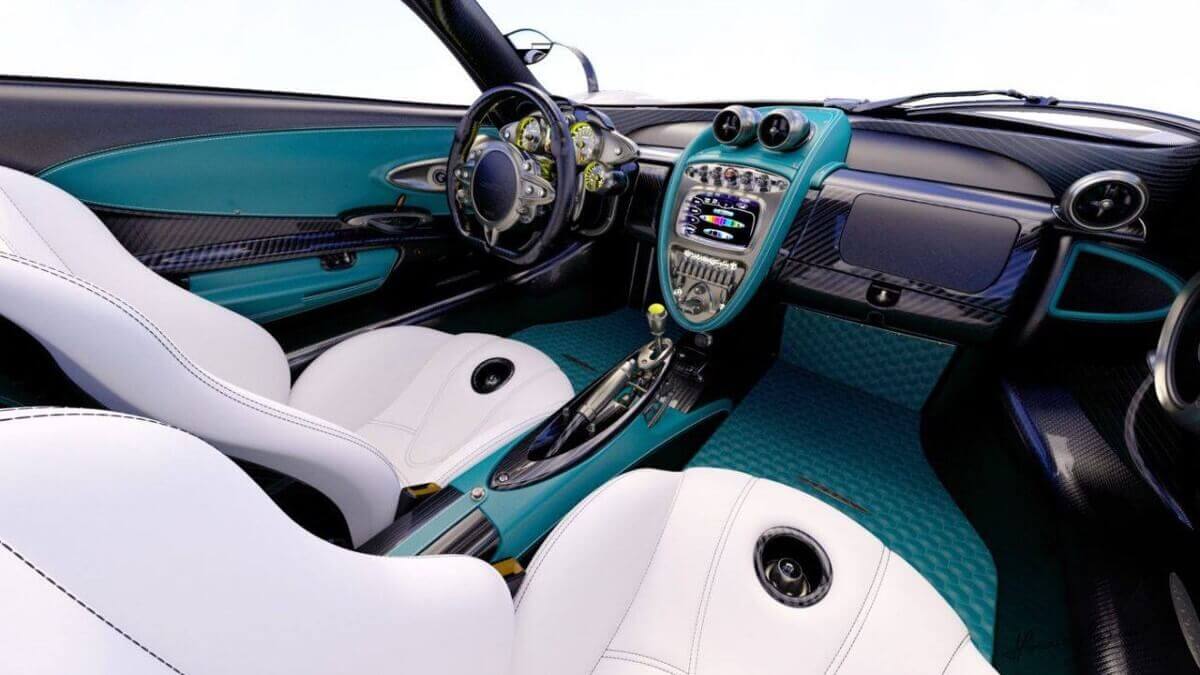 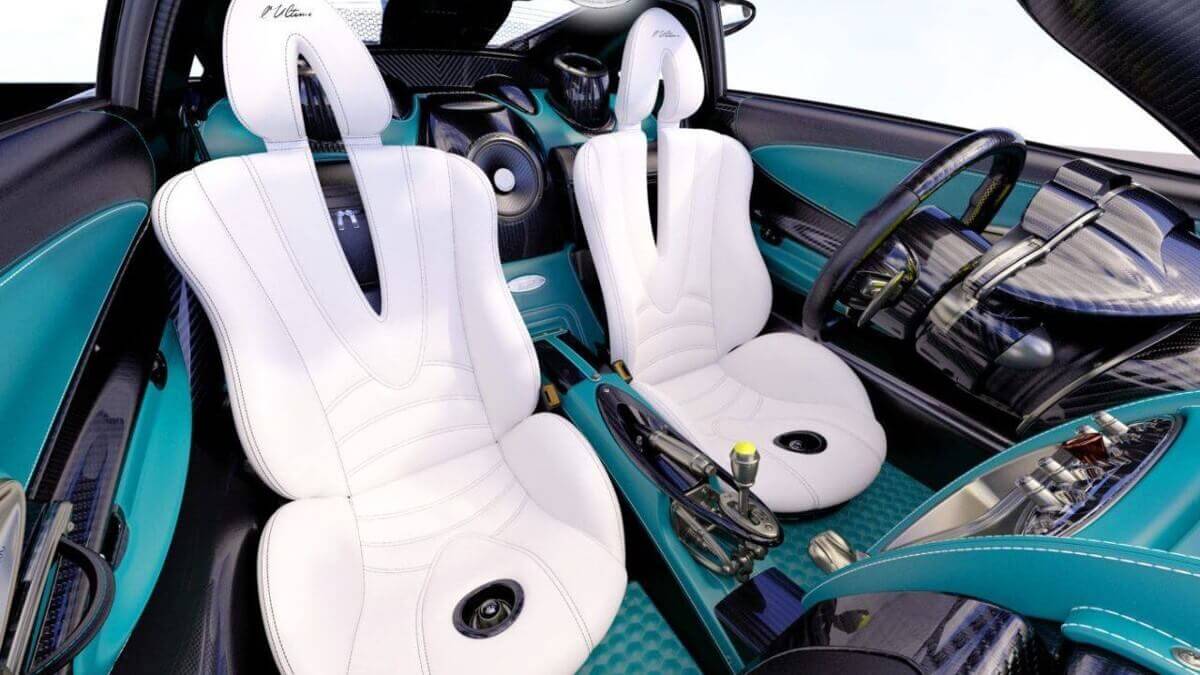 In the five render pictures seen in our gallery the Huayra L’Ultimo is already visible. The real car will roll out of the manufactory in June. It is build by hand in carbonfibre. Behind the passengers lies a V12 biturbo engine with six litres of displacement of which three different power stages are available: Normal Coupé has 537 kW/730 PS, Roadster has 562 kW/764 PS and the BC gets 588 kW/800 PS.

Design inspiration for L’Ultimo came from Formula 1 and the winning team of Mercedes-AMG. The car shows paintwork in ‘Liquid Silver’ combined with bare carbon and stripes in turquoise as well as some minor yellow accents at roof scoop and brake calipers. A newly developed rear wing is installed as well. Inside L’Ultimo gets white leather on the seats, black leather on the steering wheel and turquoise leather at door cards, transmission tunnel and dashboard.