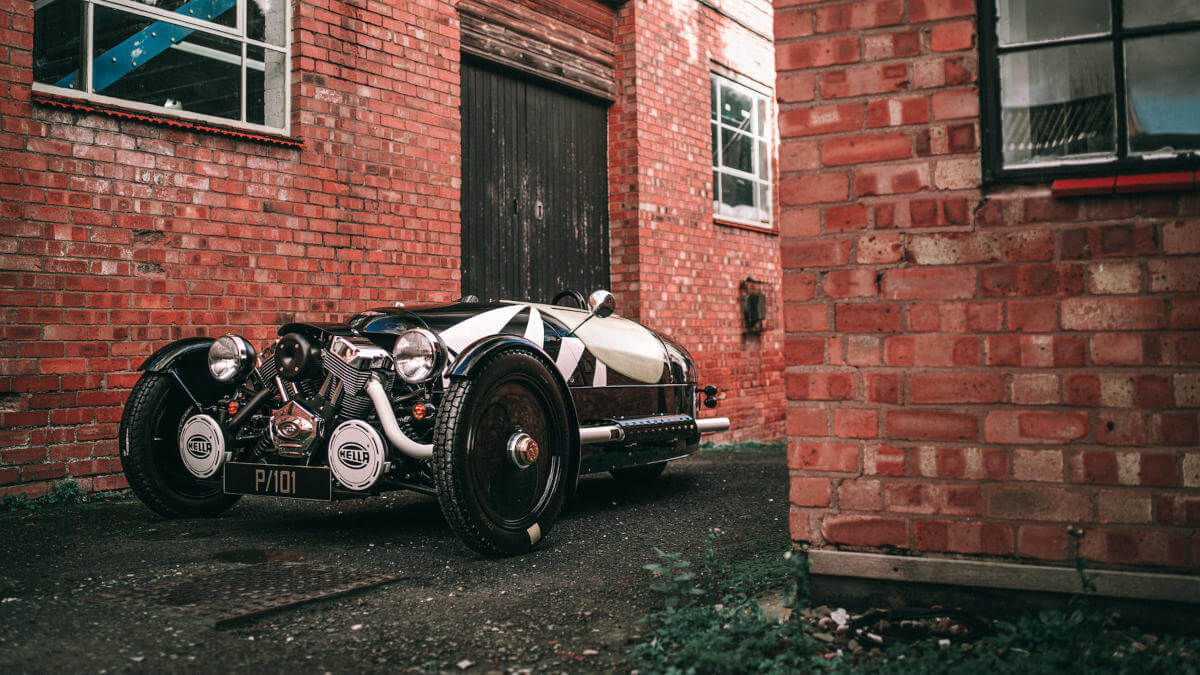 Production of the current Morgan Threewheeler will end next year. On this occasion the exclusive special edition P101 rolls to the dealers. Only 33 copies of this edition are produced. Morgan cites the expiring type approval of the S&S V-twin two-cylinder engine as the reason for the phase-out of the three-wheeled fun vehicle, which ends the possibility to get a registration for new cars of this type. P101 stands for the internal project code 101, under which the legendary 3-Wheeler from the 1920s was revived over a decade ago. Since its launch in 2011, Morgan has delivered more than 2,500 units worldwide. 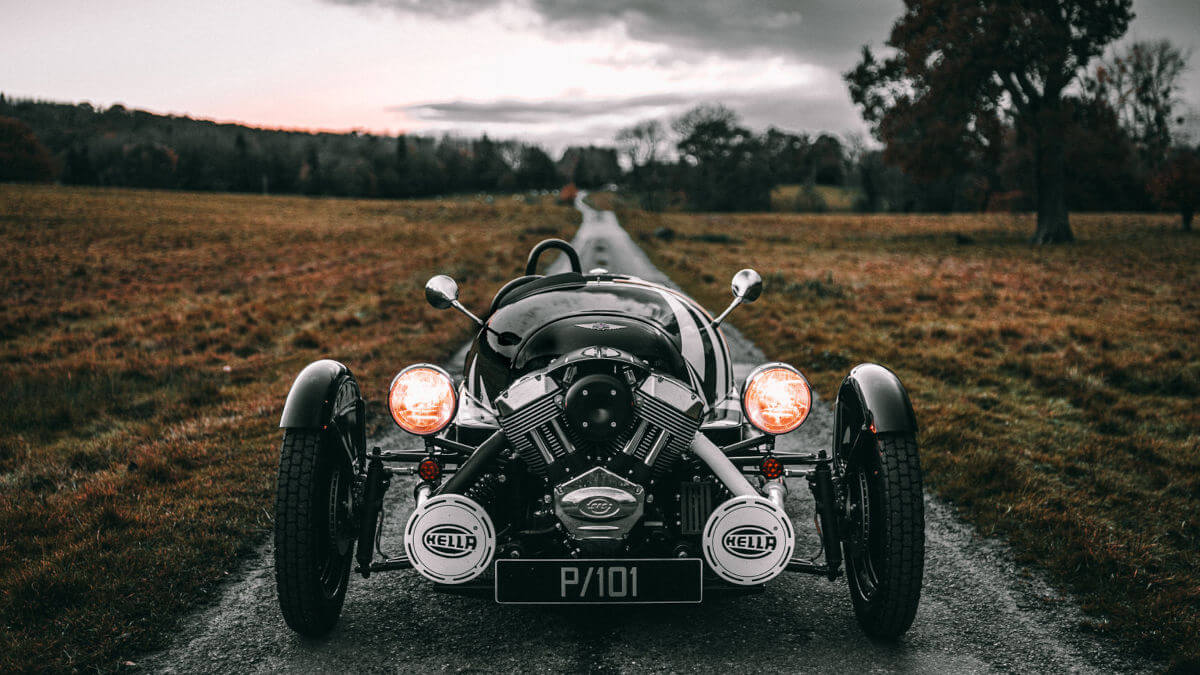 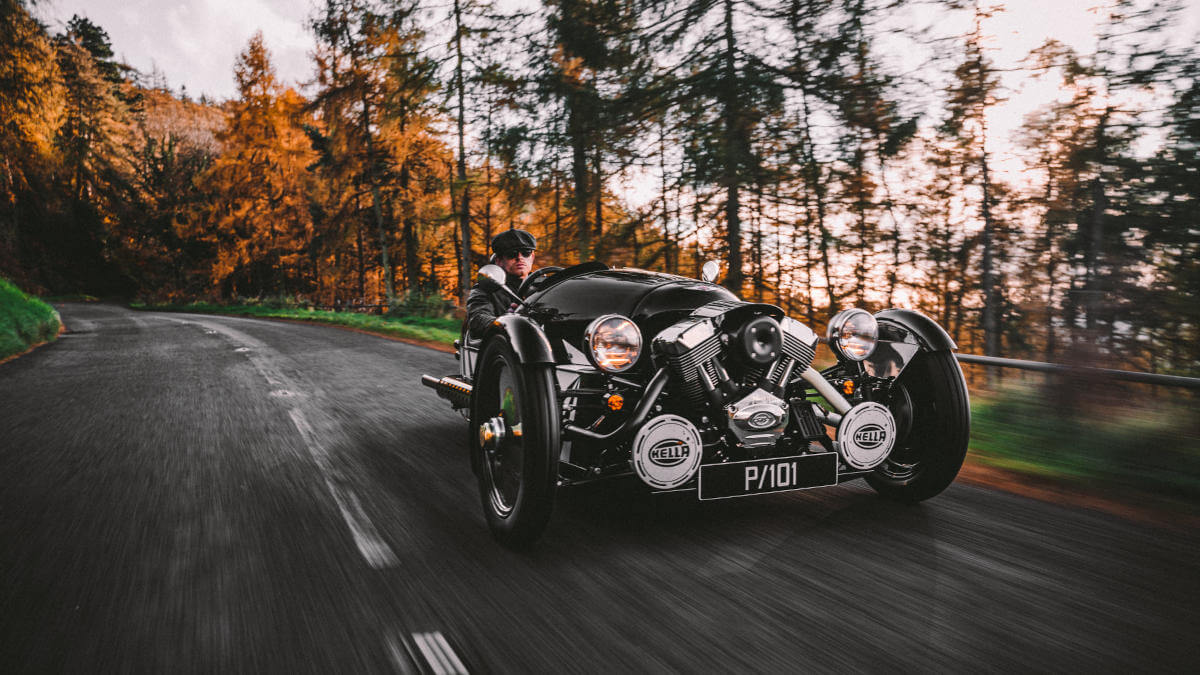 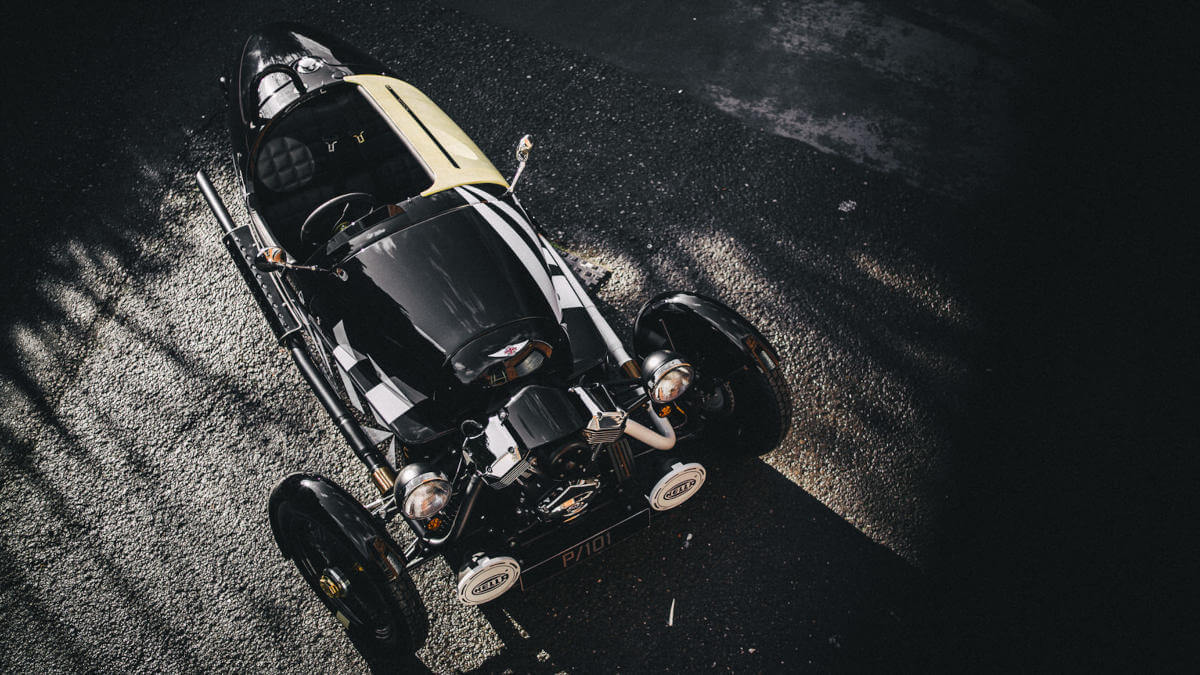 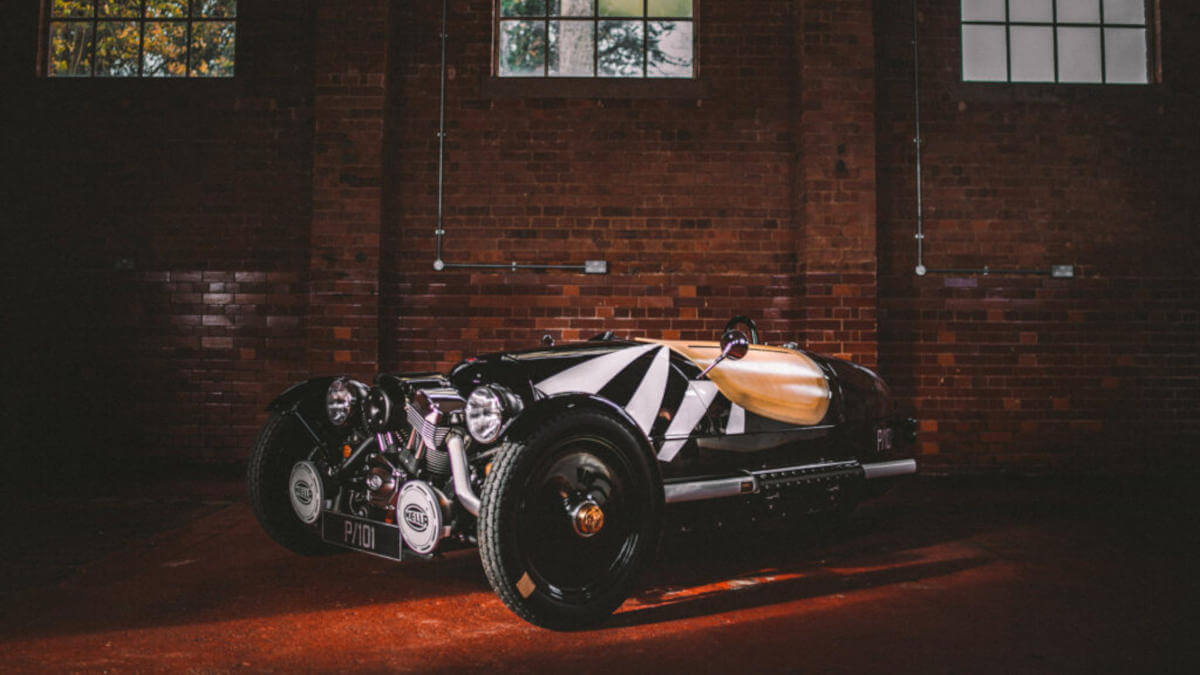 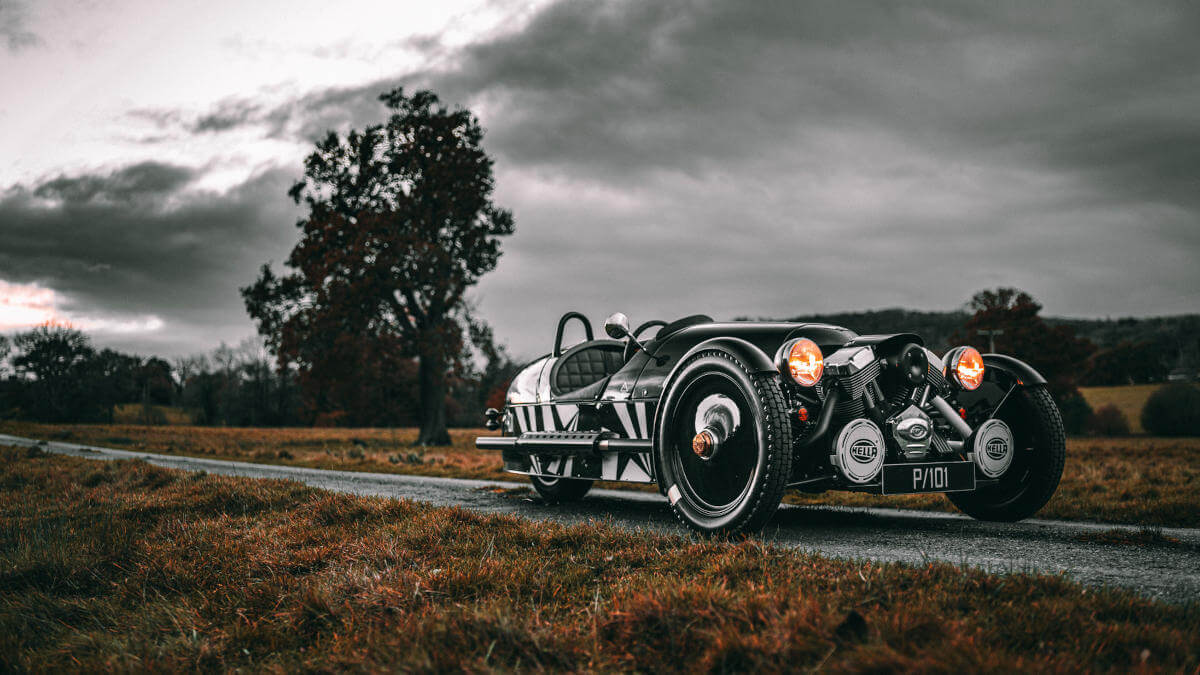 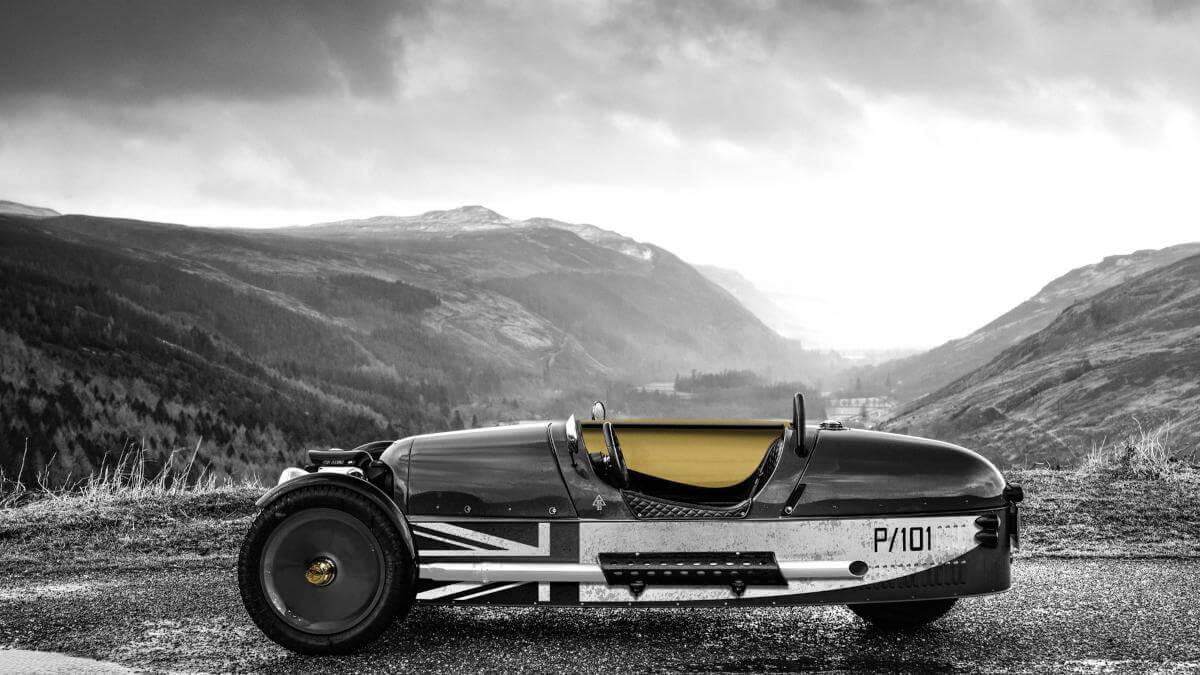 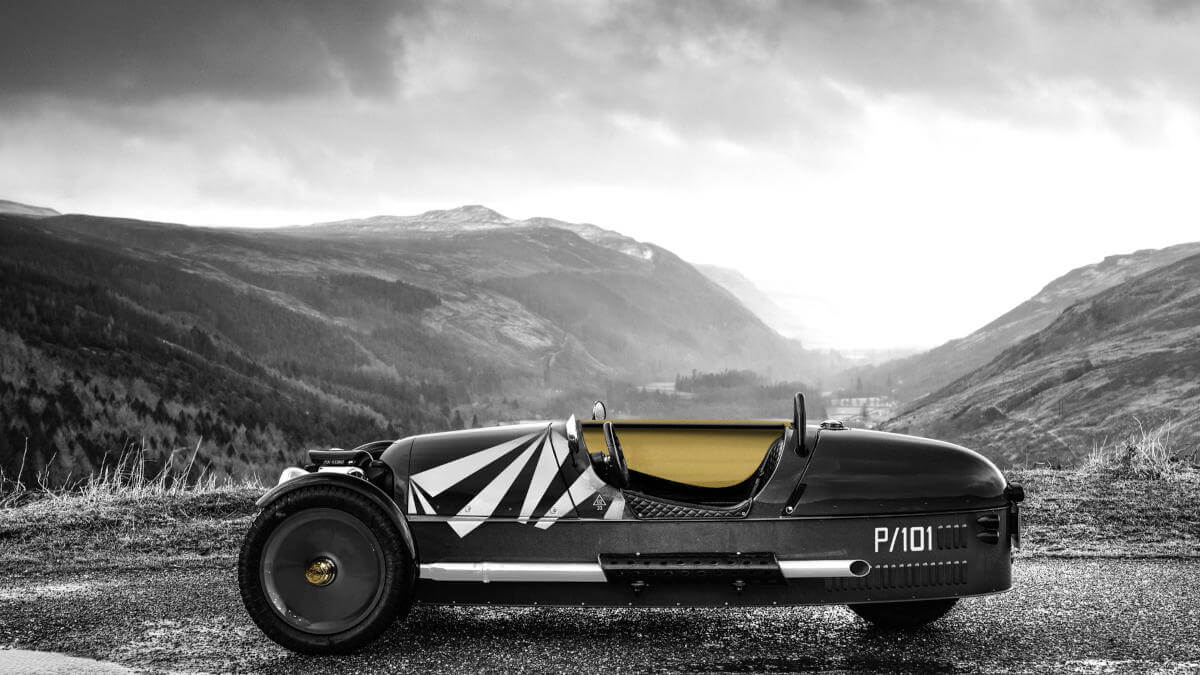 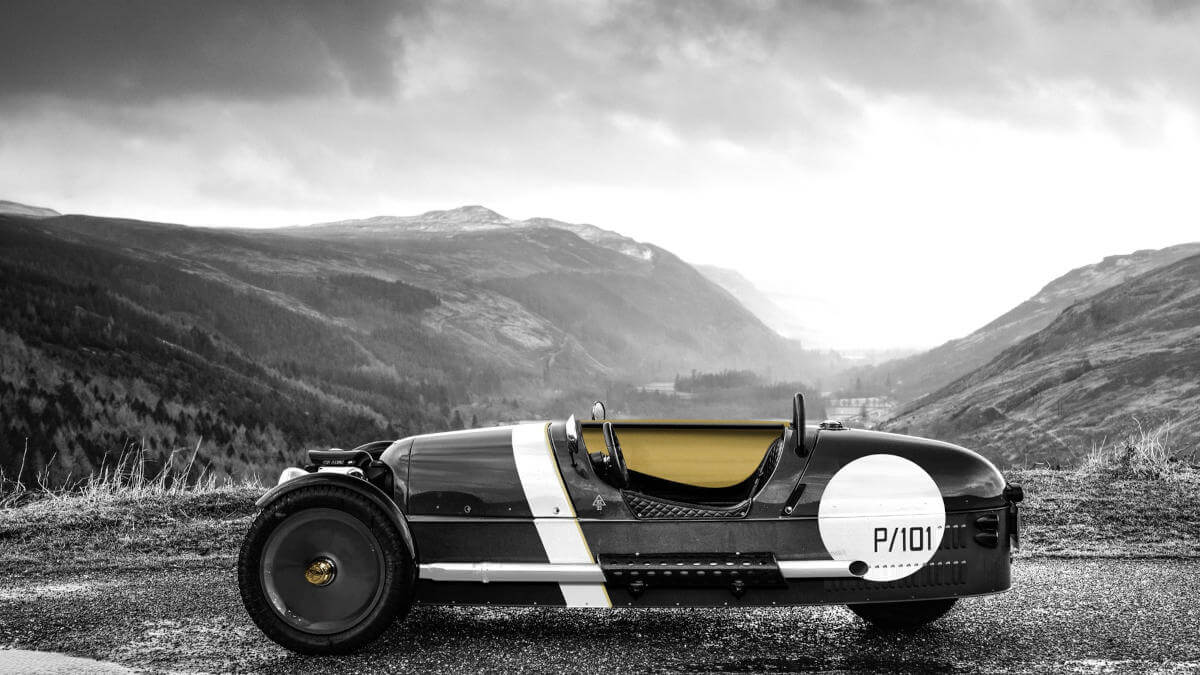 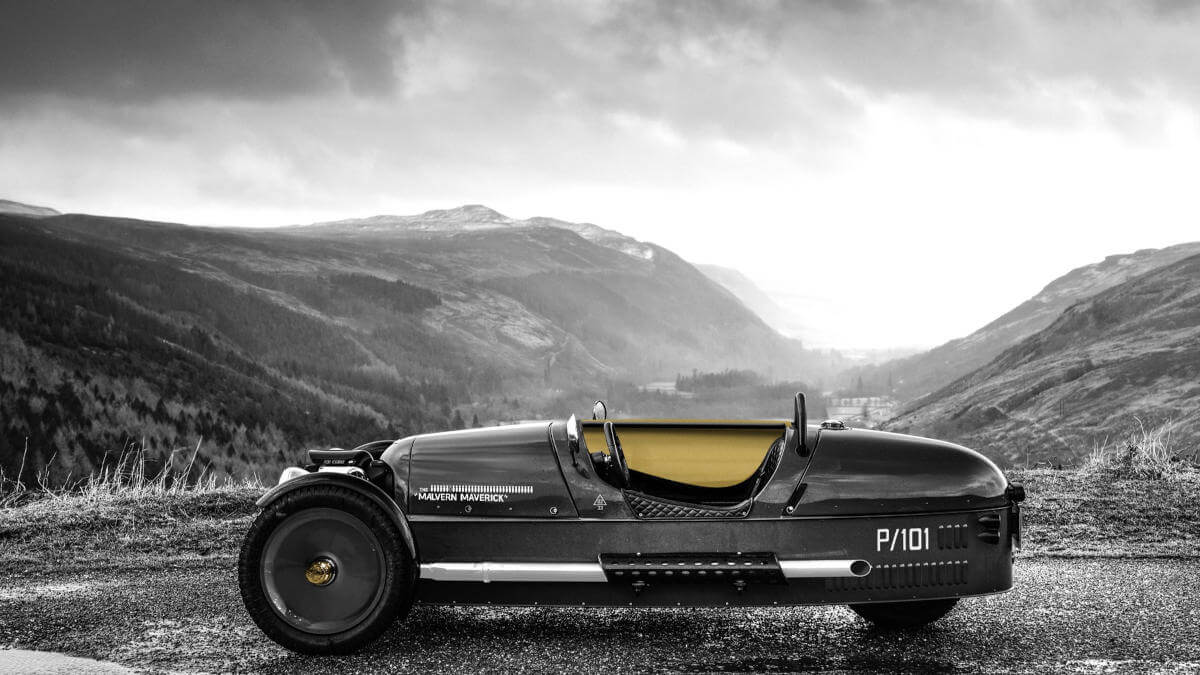 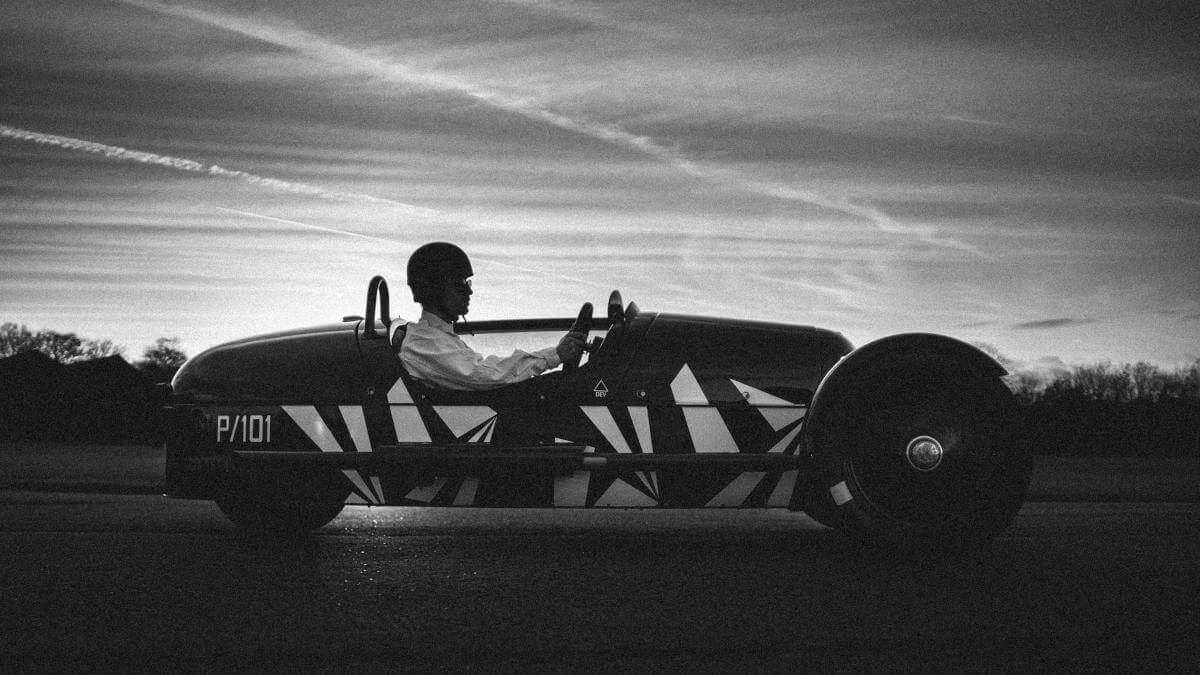 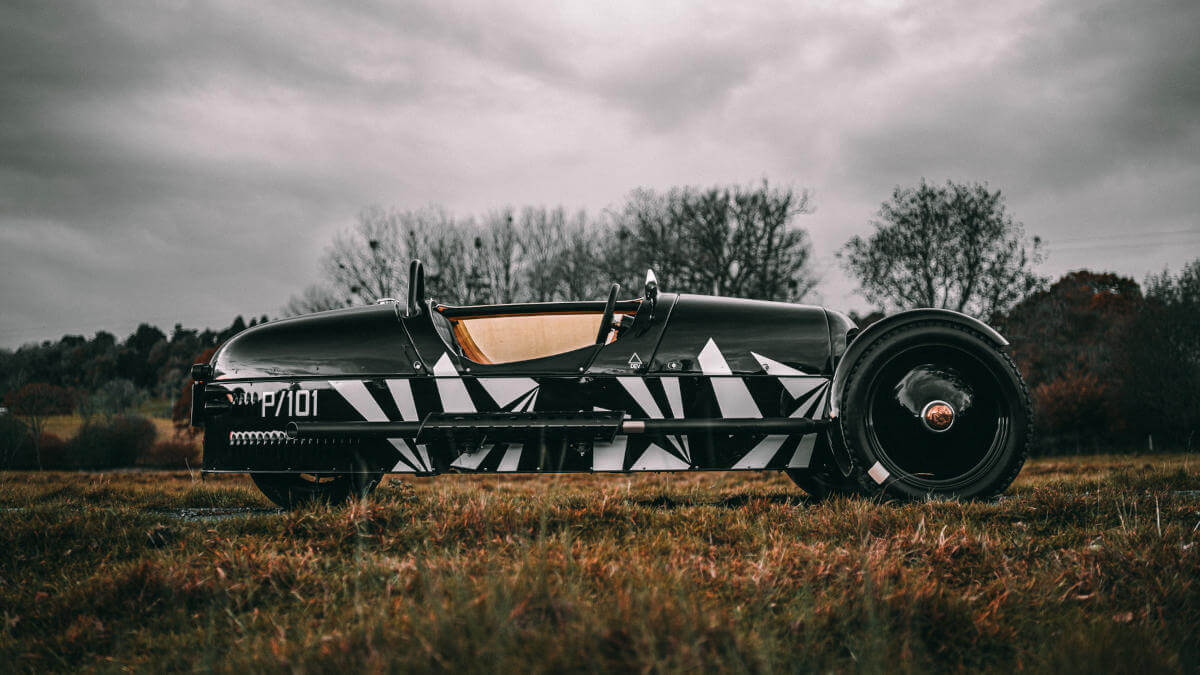 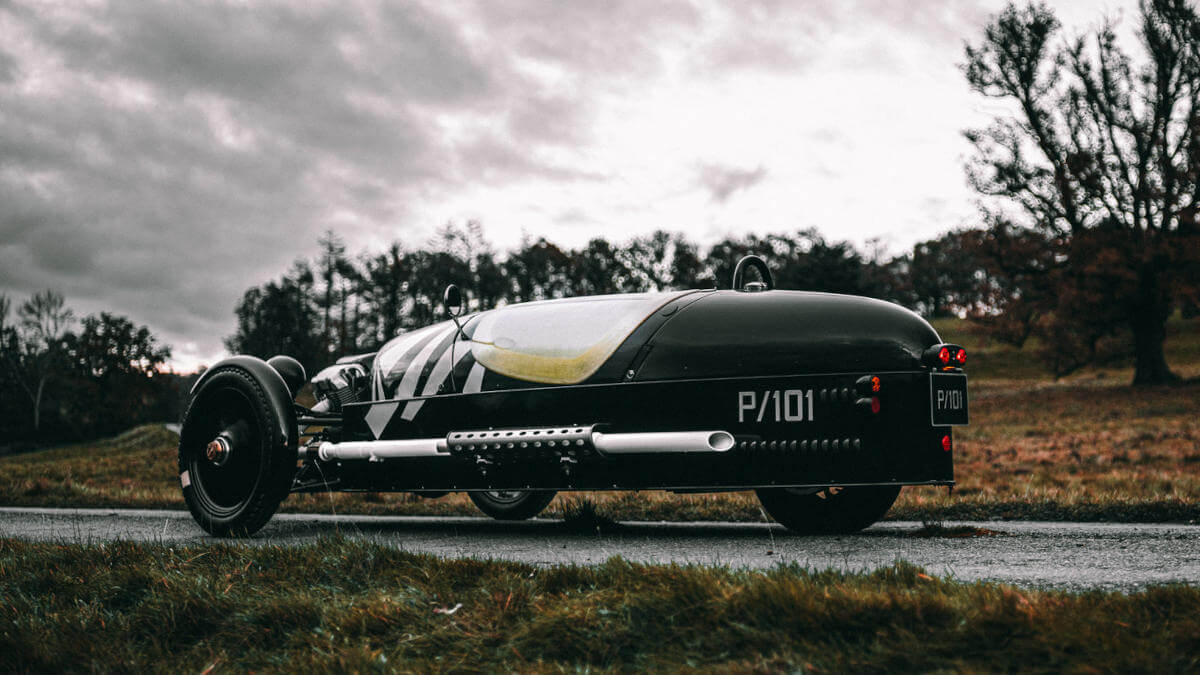 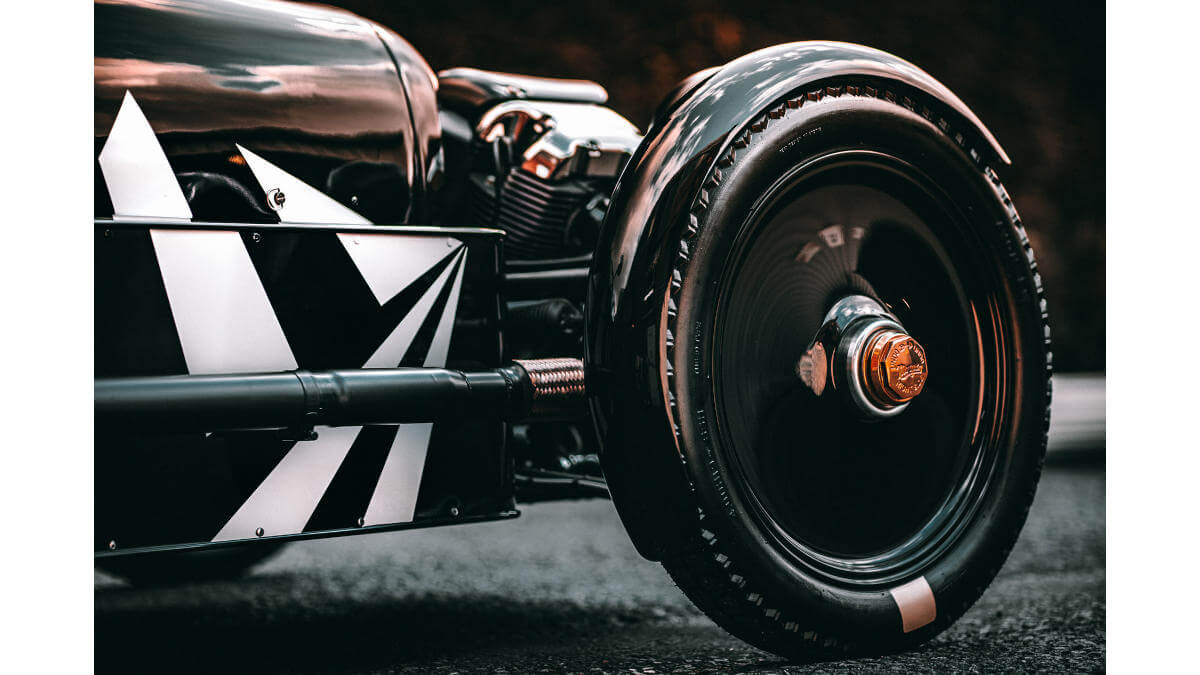 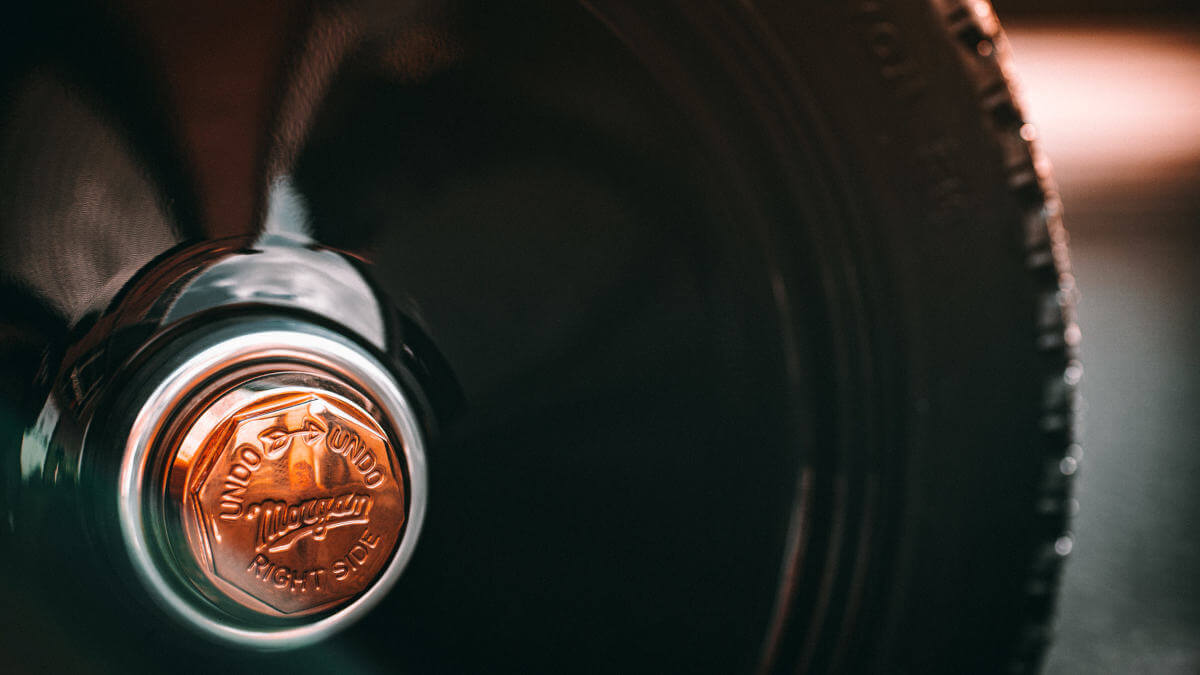 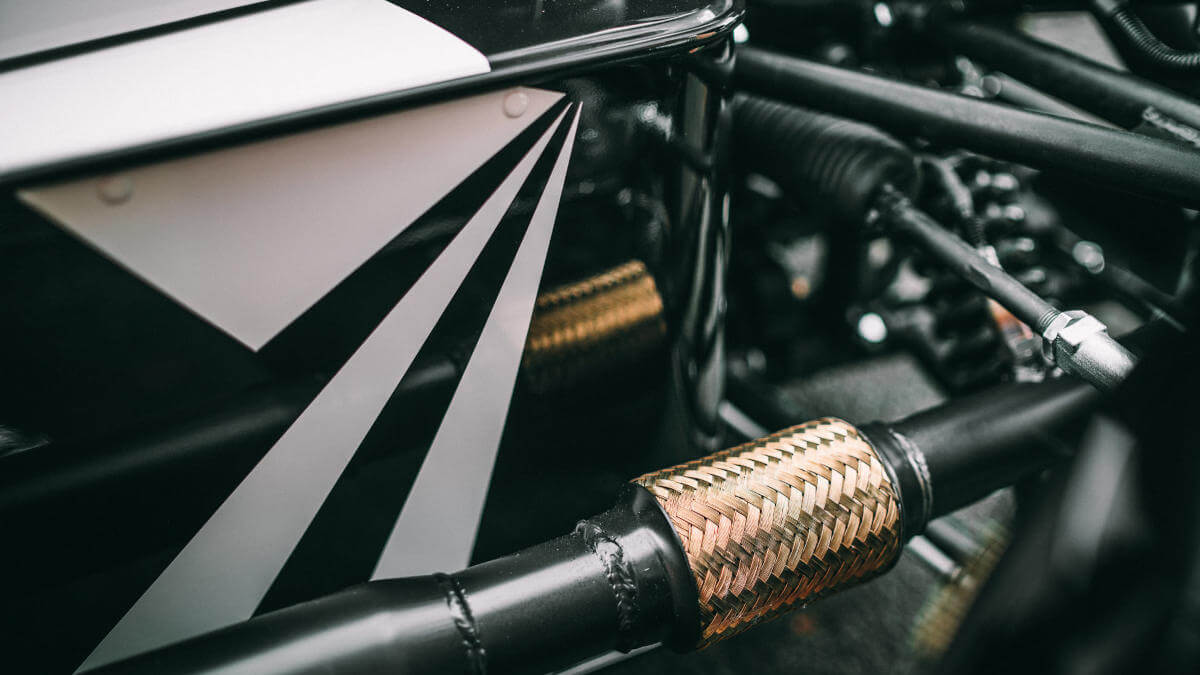 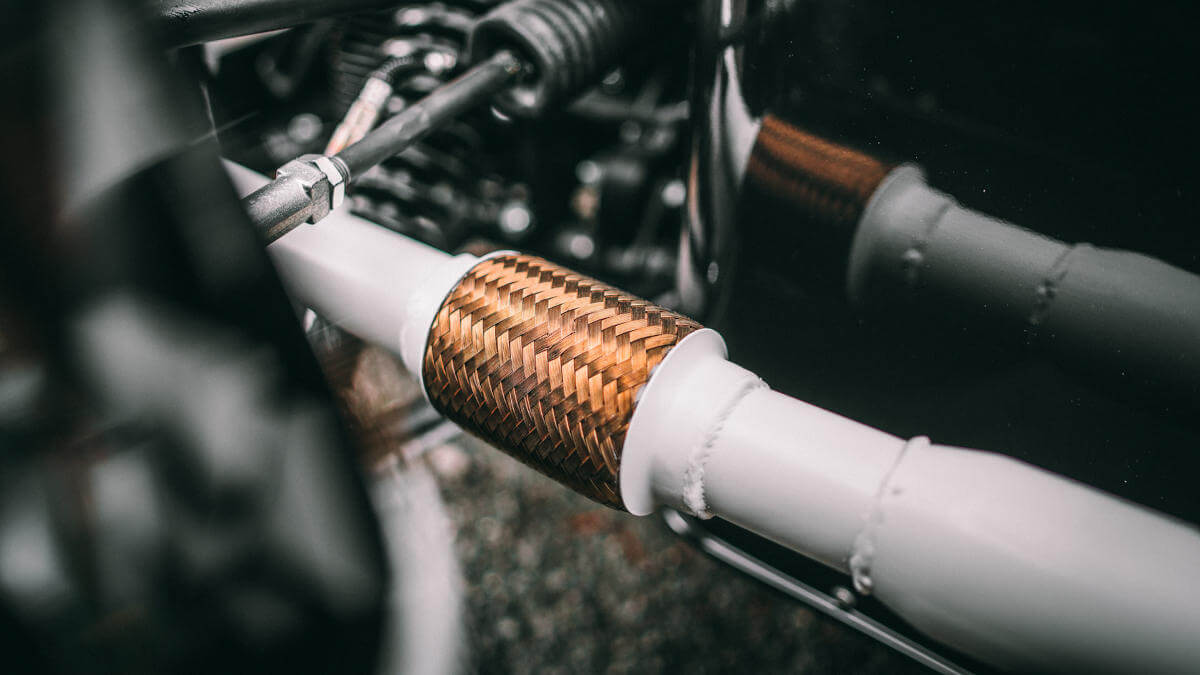 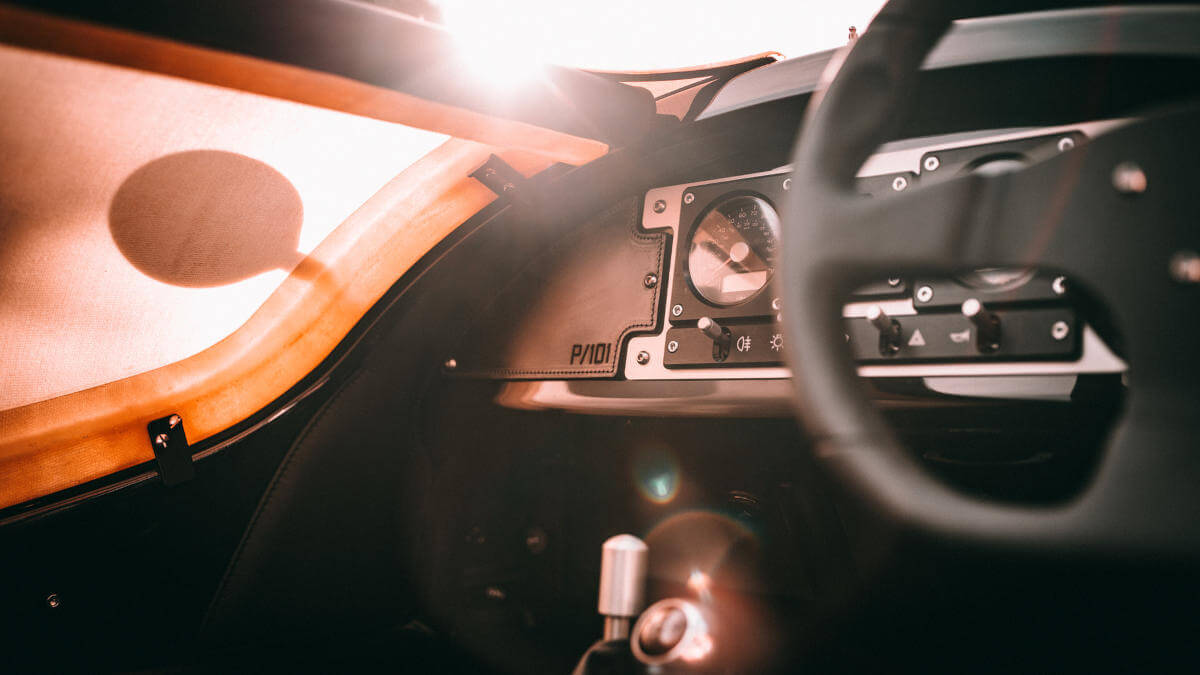 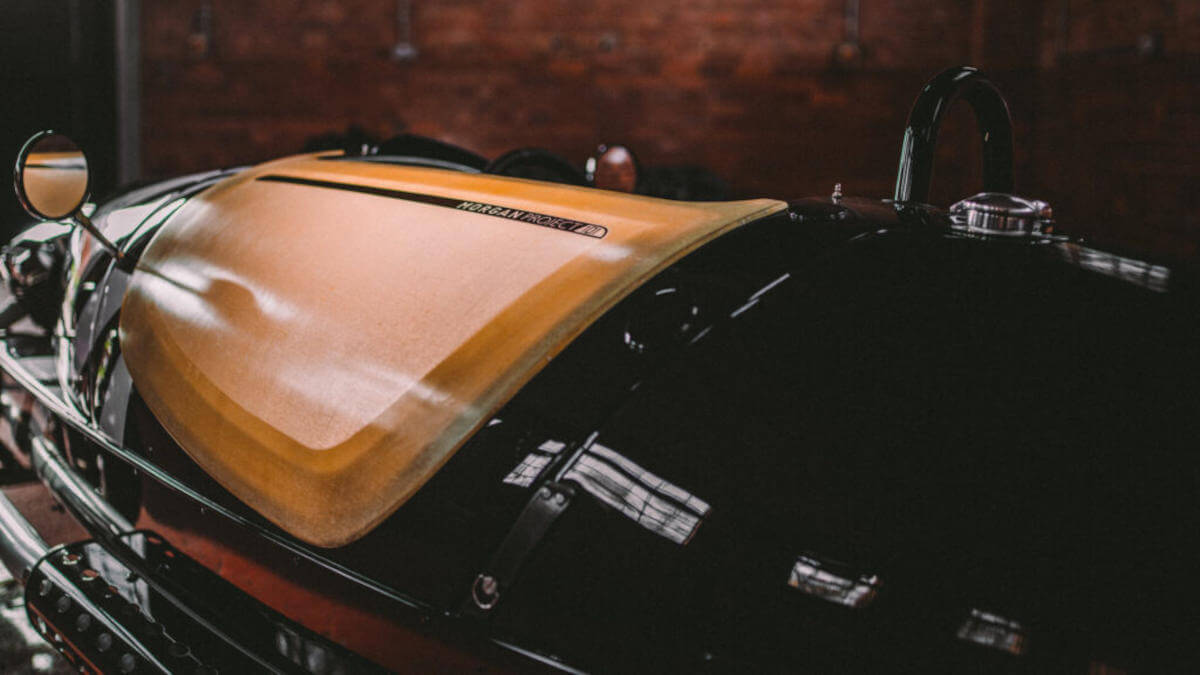 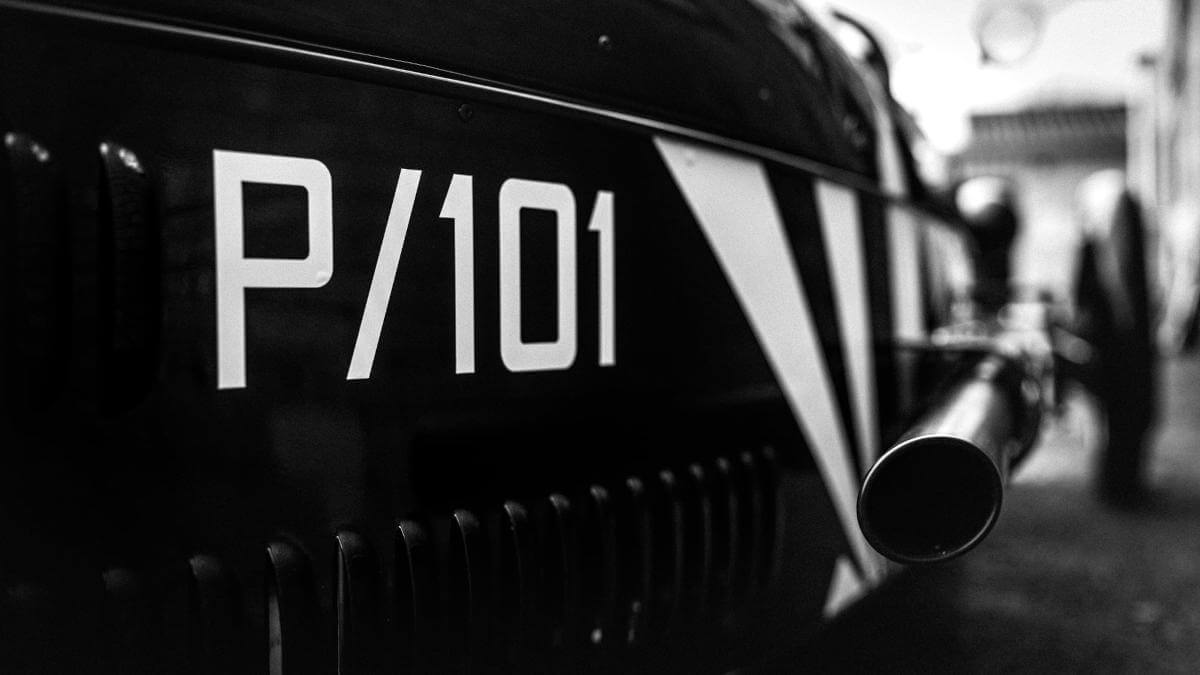 To set the final vehicles apart from the normal series, Morgan has given them exclusive details and components. For example, customers receive a single-color tonneau cover, as seen on the 2016 EV3 concept car. This covers the interior when the car has to be parked outside and its asymmetrical design also allows the car to be used alone without a passenger. This asymmetrical approach is supported by the exhaust pipe coating, which is white on the left and black on the right. Lower-mounted Hella auxiliary headlamps and disc wheels in body color provide a sportier look.

In front of the driver is a small glass fly screen. Additional louvres in the hood, exposed rivet details and the P/101 markings round off the look. The basic colors are ‘Deep Black’ or ‘Satin White Silver’. Optionally available are the four graphic packages ‘The Belly Tank’, ‘The Dazzleship’, ‘The Aviator’ and ‘The Race Car’ (also shown in this order in our picture gallery). The price for the Morgan Threewheeler P101 in the UK is £ 45,000 plus tax. All 33 cars have already been pre-ordered by Morgan dealers. In addition to the special edition cars, production of the normal Threewheeler will continue until the end of 2021.