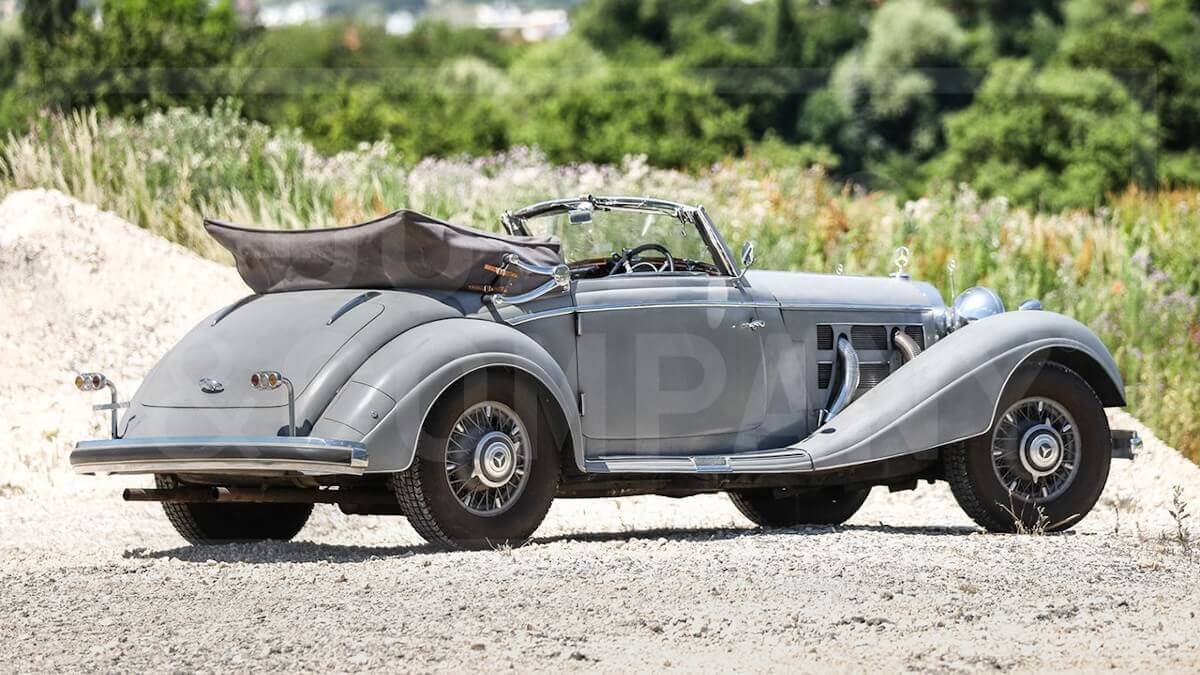 In 1934 Mercedes-Benz presented the new W29 as 500 K as the successor to the successful Typ S, SS, SSK and SSKL (internal W06), which achieved many victories in motorsport. The new car was fitted with a five-liter inline eight-cylinder engine with 100 hp, which was briefly given 160 hp by a Roots compressor. Two years later the further developed 540 K appeared, whose engine now had a capacity of 5.4 liters. Thus 115 hp without and 180 hp with supercharging were available. Both the 500 K and the 540 K were offered in a variety of different body styles, for which Mercedes-Benz had developed two chassis lengths. In addition, the engine and transmission were installed further back in some sporty variants to shift the center of gravity. A total of 760 units of the W29 series left the production halls in Sindelfingen, 419 of which were the 540 Ks.

These included exactly 83 vehicles of the 540 K with the two-seater Cabriolet A body. One of them with the chassis number 189392 was produced in the last third of the production run. In July 1938 the chassis was completed and sent to the body shop in Sindelfingen. There, however, the completion laster until October 1939. As right-hand drive version this 540 K should originally go to the English market, but couldn’t be exported there due to the outbreak of World War 2 and the resulting export bans. Mercedes-Benz therefore stored the car with other vehicles and could only sell it through their dealer in Helsinki, Finland, in April 1941 to Baron Gustaf Wrede. He was an influential industrialist, engineer and businessman, who kept the Mercedes as his private car into the post-war era, as a photograph from 1946 shows. In 1947 he sold the car to Valdemar Stener, a Swedish racing driver, via the renowned dealer Gjestvang in Stockholm. He obviously used the 540 K for some ice races and exchanged it for a Maserati in 1948. 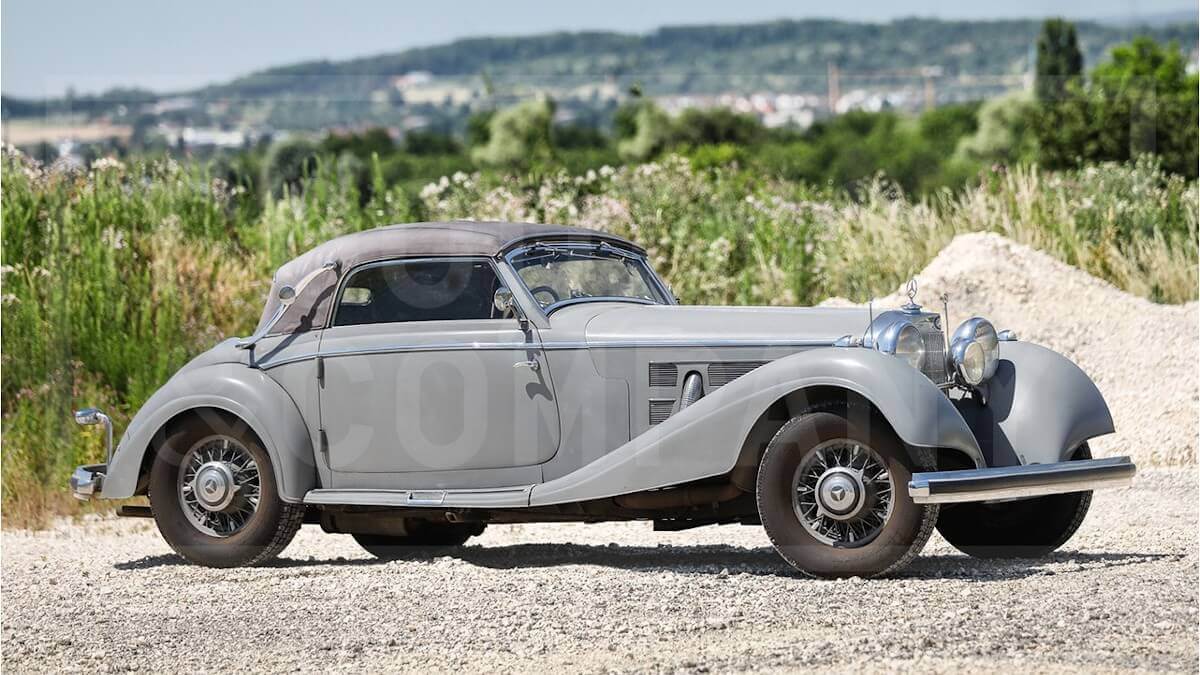 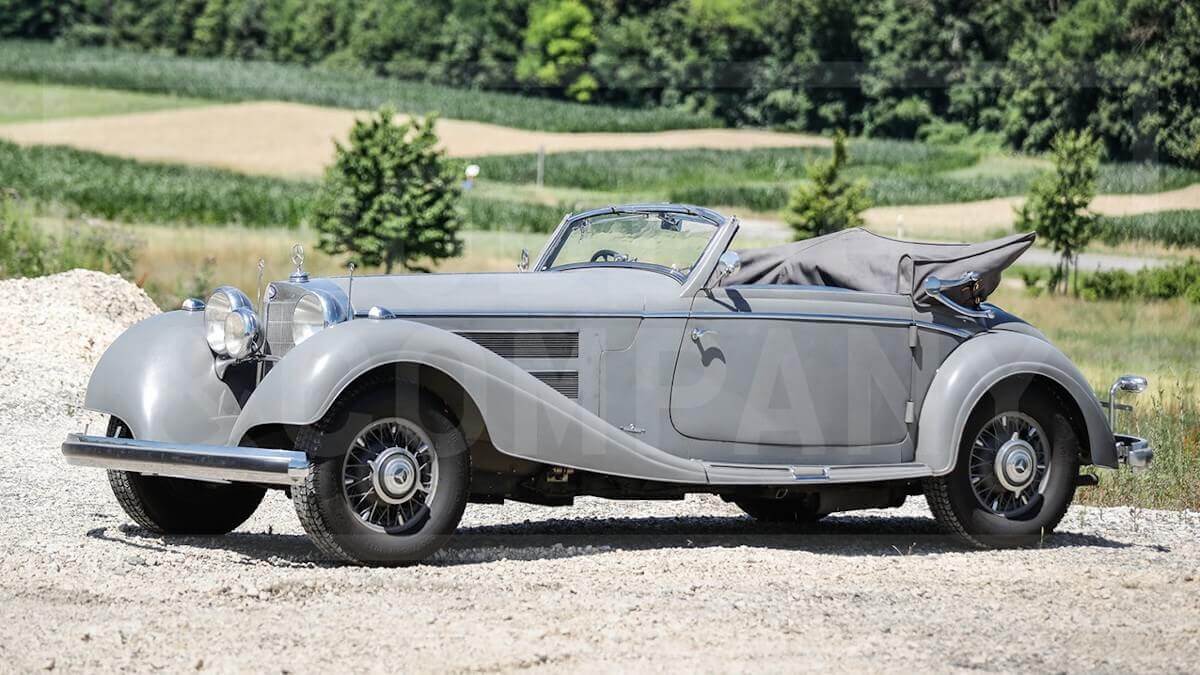 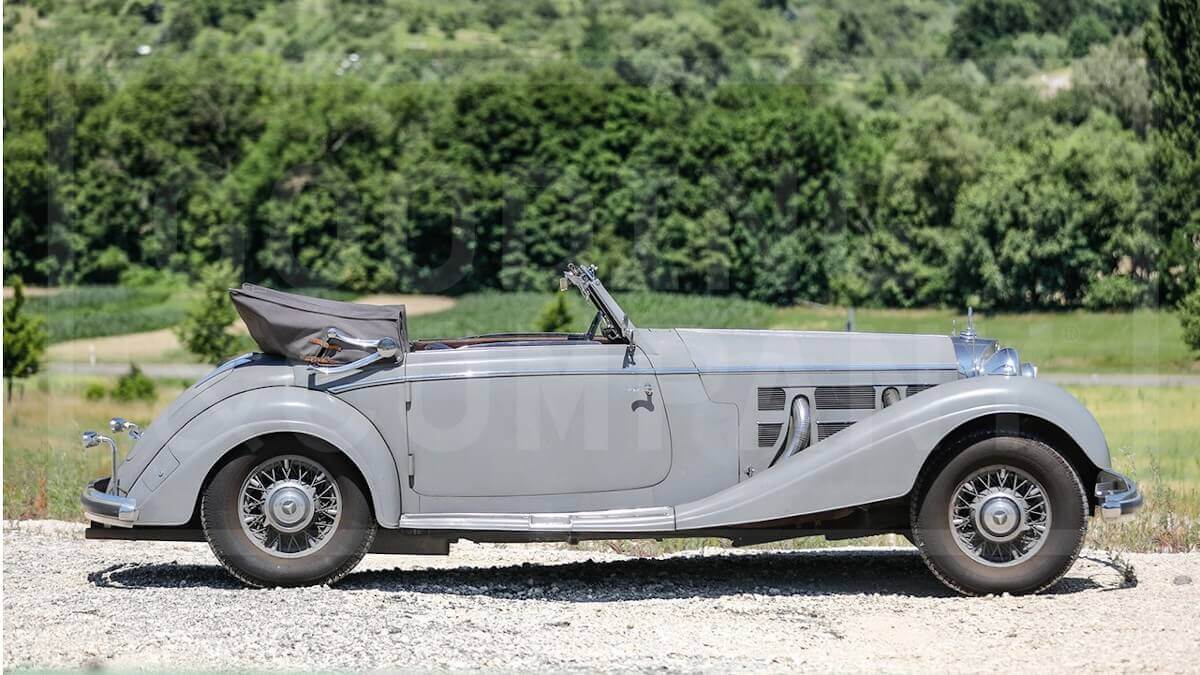 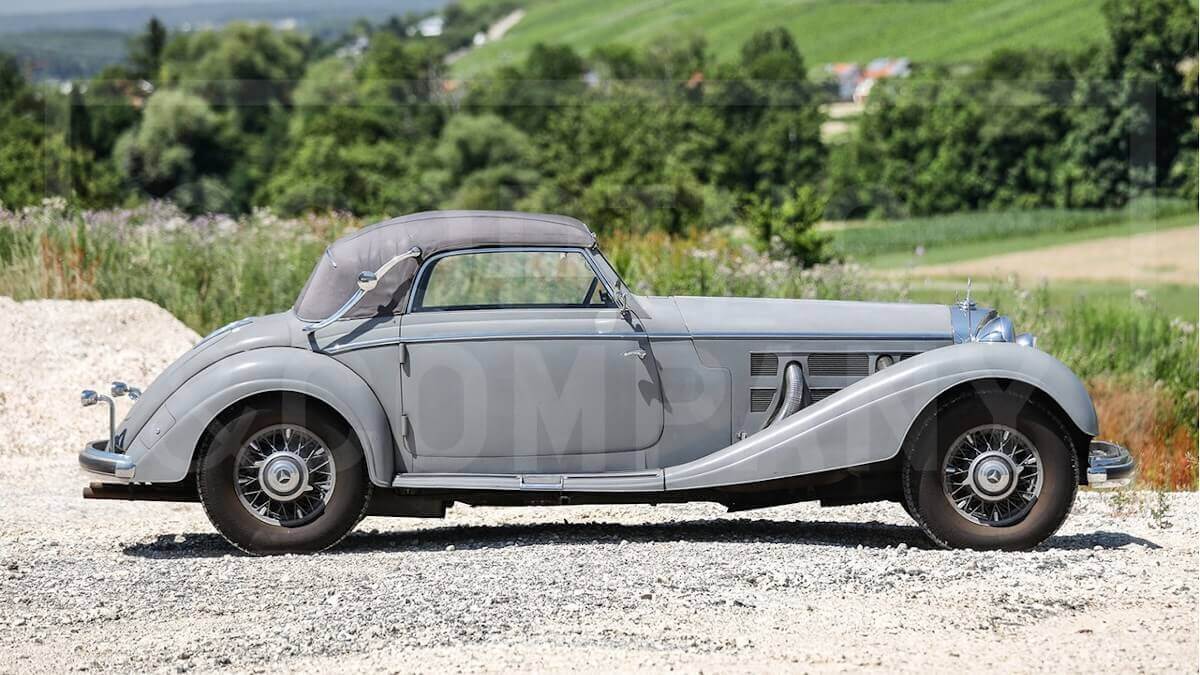 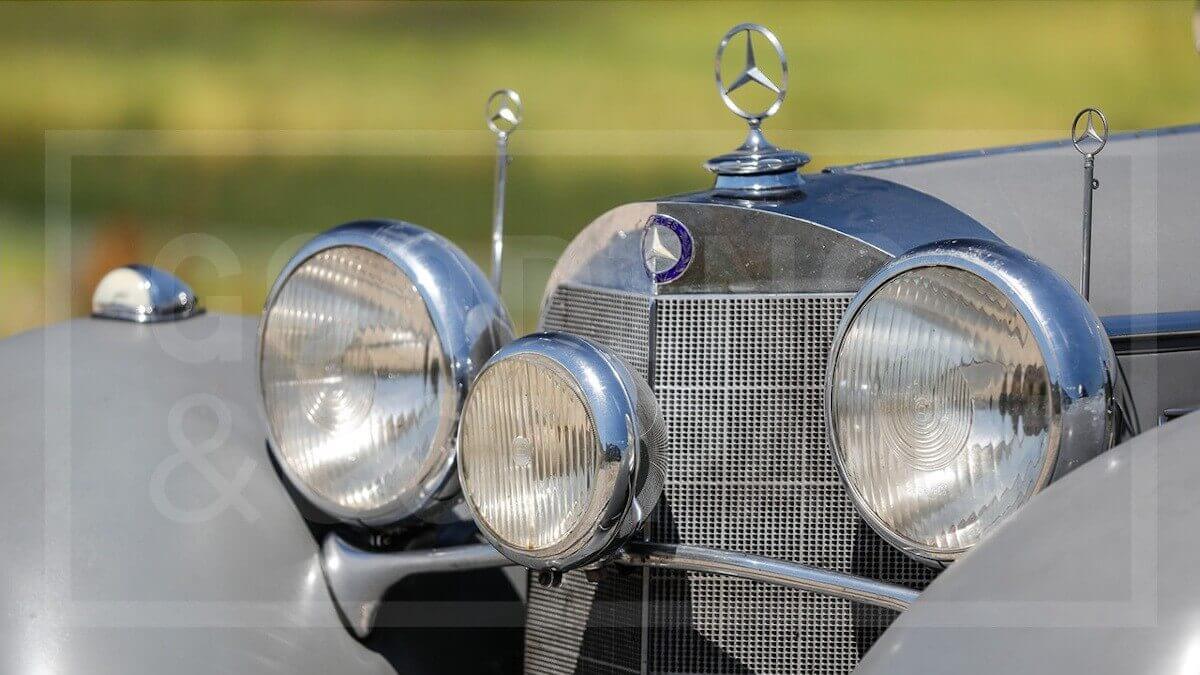 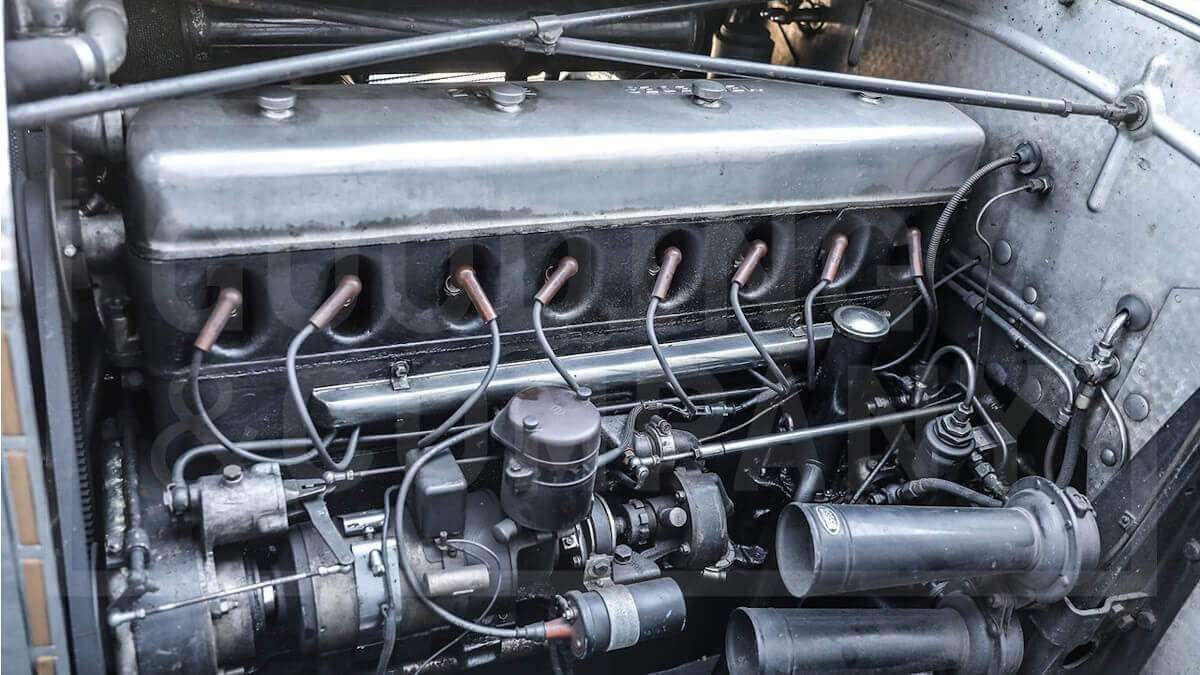 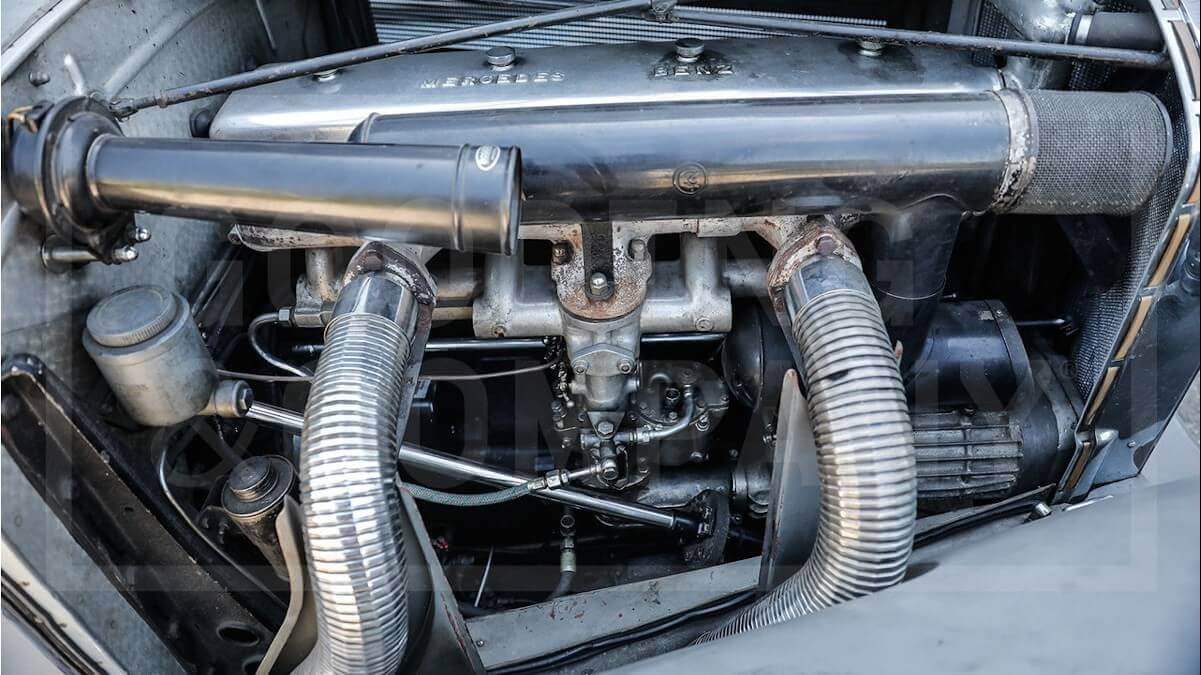 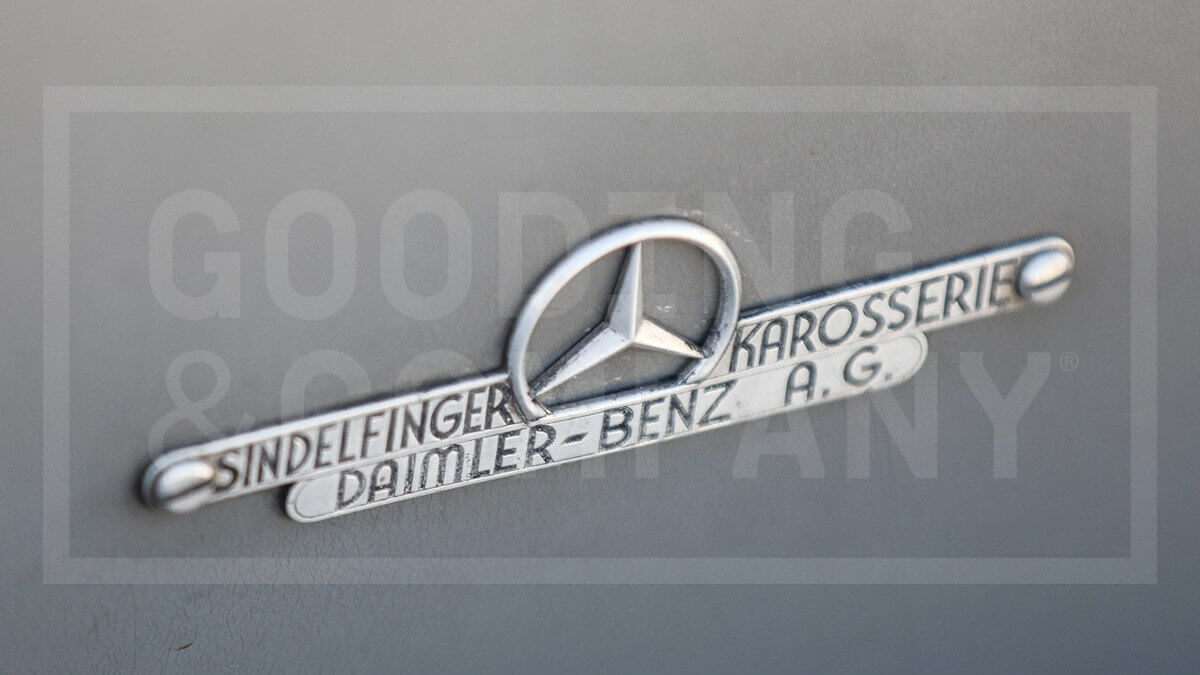 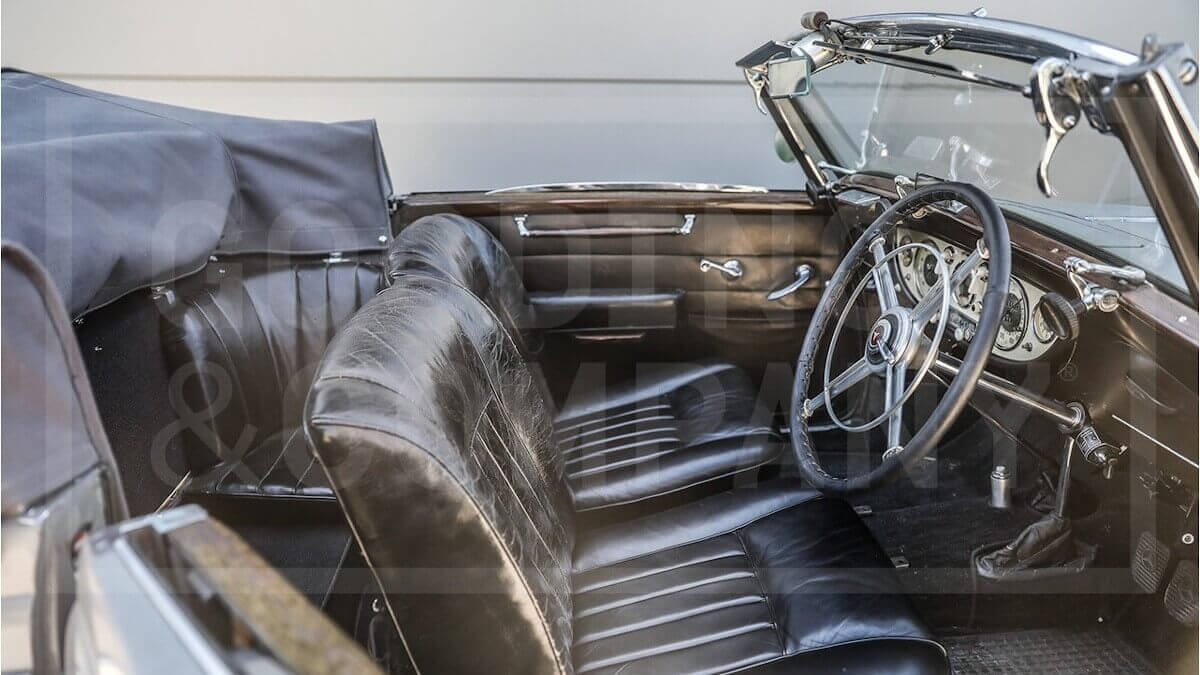 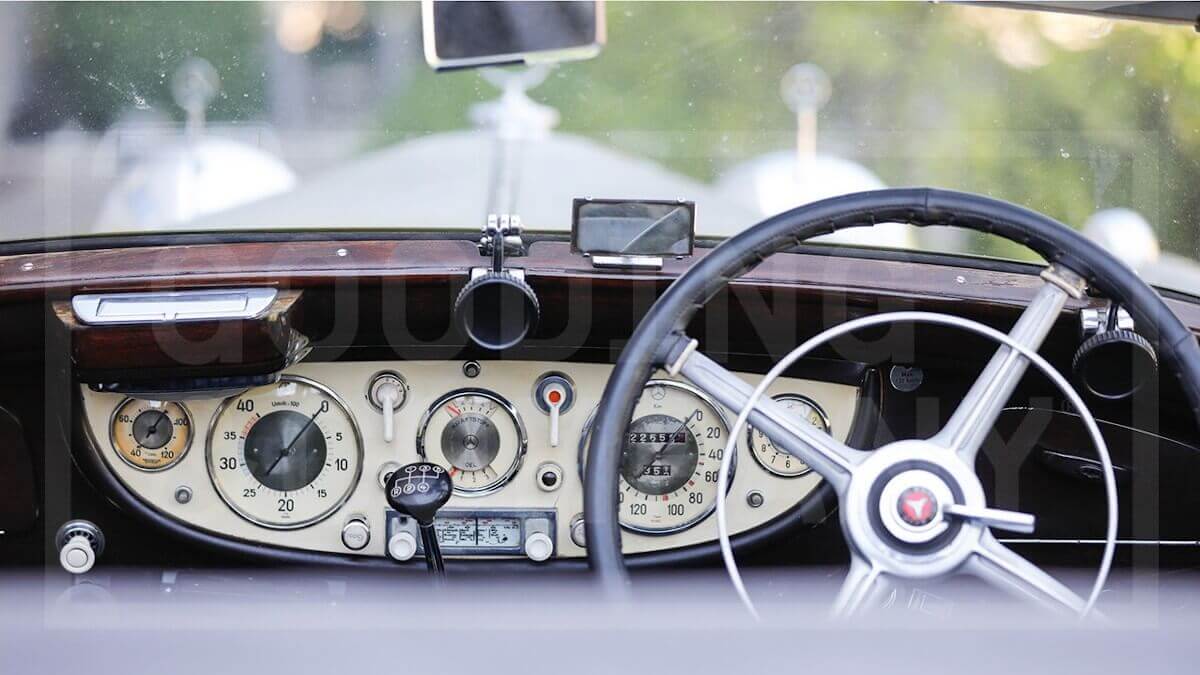 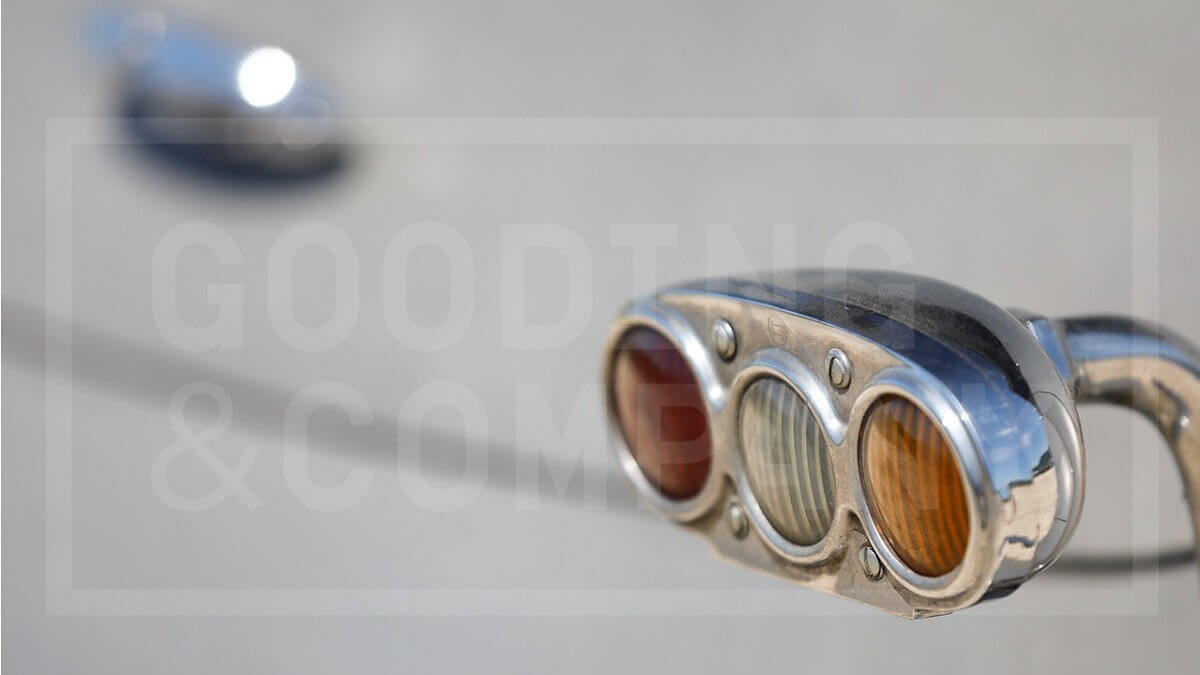 The Mercedes-Benz 540 K was then shipped to the USA, where in 1954 it was offered for sale in an advertisement in the New York Times. At that time, father and son Kreissle (John senior and John junior) were looking for a pre-war Mercedes and had seen three different cars advertised at the same time. In the end, due to the low mileage and the rare five-speed transmission, they decided on 189392 and brought it to their garage in Sarasota, Florida. Even before this purchase, the two original spare wheels on the front fenders were replaced by a single one in the rear trunk. Father and son carried out minor restoration work and repainted the car from a dark green to the still visible light grey. A former Mercedes employee in New York also gave the 540 K a new interior in the correkt pattern of calfskin. Both also travelled to Germany several times in search of necessary spare parts. Among other things, they found an original five-speed transmission to replace the damaged original.

Altogether this 540 K Cabriolet A remained in the possession of the family Kreissle for full 50 years. In the 1970s it was on loan from the South Florida Museum in Bradenton. It was not until 2004 that it was resold to Herbert von Fragstein, an expert in pre-war models of Mercedes-Benz, who soon passed it on to the current owner. The car still bears traces of the restoration carried out in the 1950s with the corresponding patina, which can be seen, for example, in the microblisteres grey paintwork. For more than 50 years, no one has touched the condition of the interior, so the leather seats are allowed to wear their folds and notches with dignity. An original factory certificate from Mercedes-Benz from 2008 and copies of the original production documents prove the authenticity of the car and the matching number of the engine. Gooding & Company is now offering this fascinating classic car during the Monterey Car Week in August. The estimate was defined between 1.5 and 2.2 million US dollars.