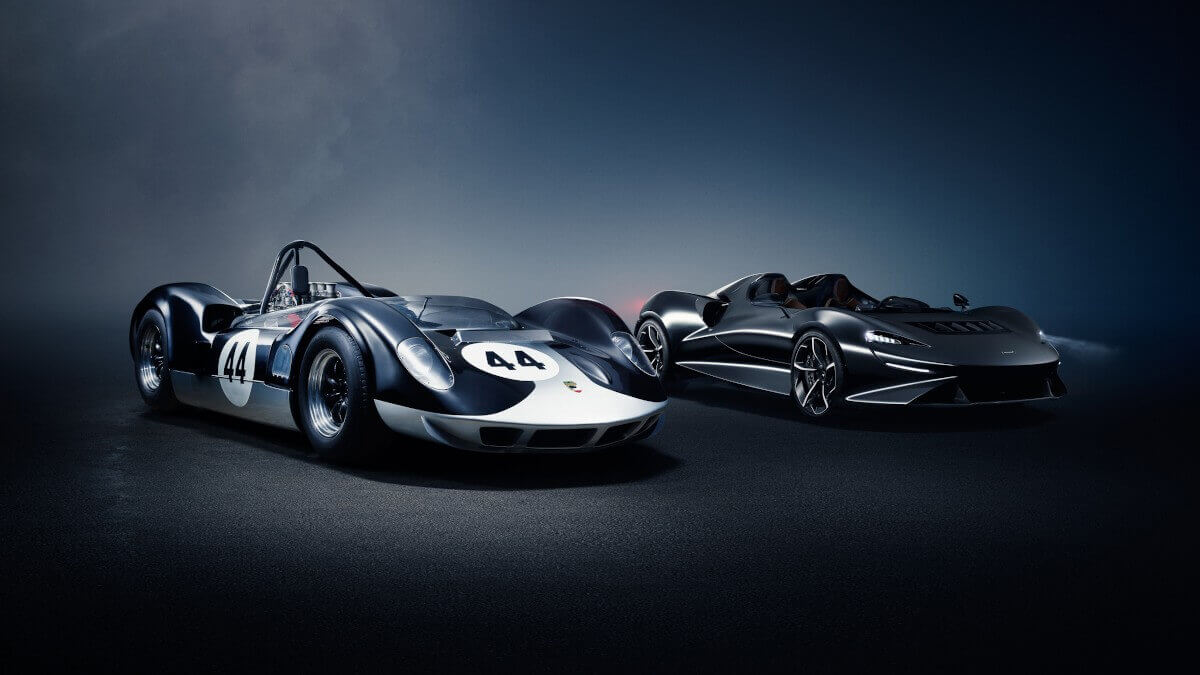 At the Monterey Car Week in August this year, McLaren announced the imminent premiere of a new member of their most powerful category of supercars, known internally as the ‘Ultimate Series’. Now the time has come. From the sketches published in advance it became clear that it would be a two-seater roadster without a roof and windscreen, which is an indirect reaction to the Ferrari SP1 and SP2 Monza, but at the same time also quotes the SLR Stirling Moss, which McLaren produced jointly with Mercedes-Benz. To protect the occupants from too much airflow, the British brand developed the McLaren Active Air Management System (AAMS), which manipulates the airflow and directs it around the cockpit. To do this, the air is directed through a large opening in the front of the car to flap in front of the cockpit, which opens at high speeds and directs the airflow upwards over the occupants, creating a relative rest zone on the seats. At the front edge of the air outlet, a wind deflector extends 150 millimeters and creates a low-pressure zone at the air outlet itself. The system can be deactivated by the driver at the touch of a button. At low speeds and with the AAMS closed accordingly, the air is instead directed into the low-temperature coolers to increase their cooling performance.

In order to be able to give the new open cockpit vehicle a worthy model name, the company acquired the name rights to Elva. Elva produced uncompromising open racing cars in the 1950s and 60s. Among other things, they also worked for a certain New Zealander named Bruce McLaren in order to improve the McLaren M1A, which he designed and which was immediately successful in the Group 7 of the Sports Car Championships. They did it together with him and also enabled him to manufacture the car in sufficient quantities to also supply customer teams. The McLaren-Elva M1A (Mk I), McLaren-Elva M1B (Mk II) as well as the McLaren M1C (Mk III) were developed. These cars achieved numerous race victories, lap records and titles. Now the newest member of the Ultimate Series is named McLaren Elva. 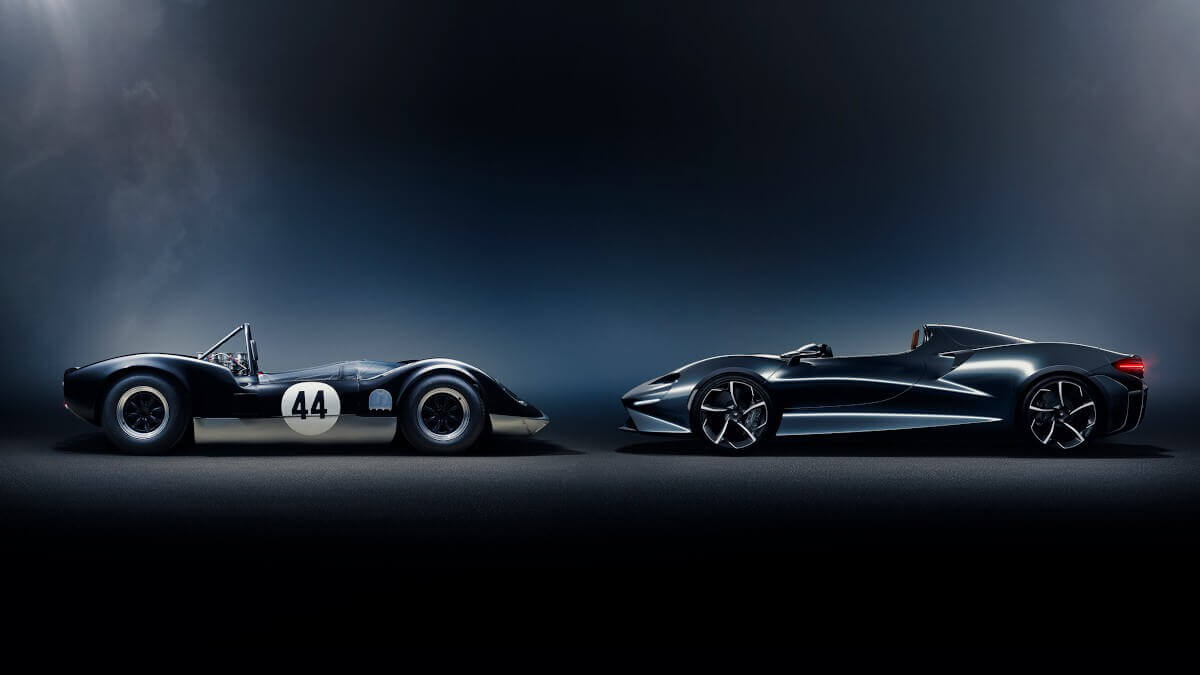 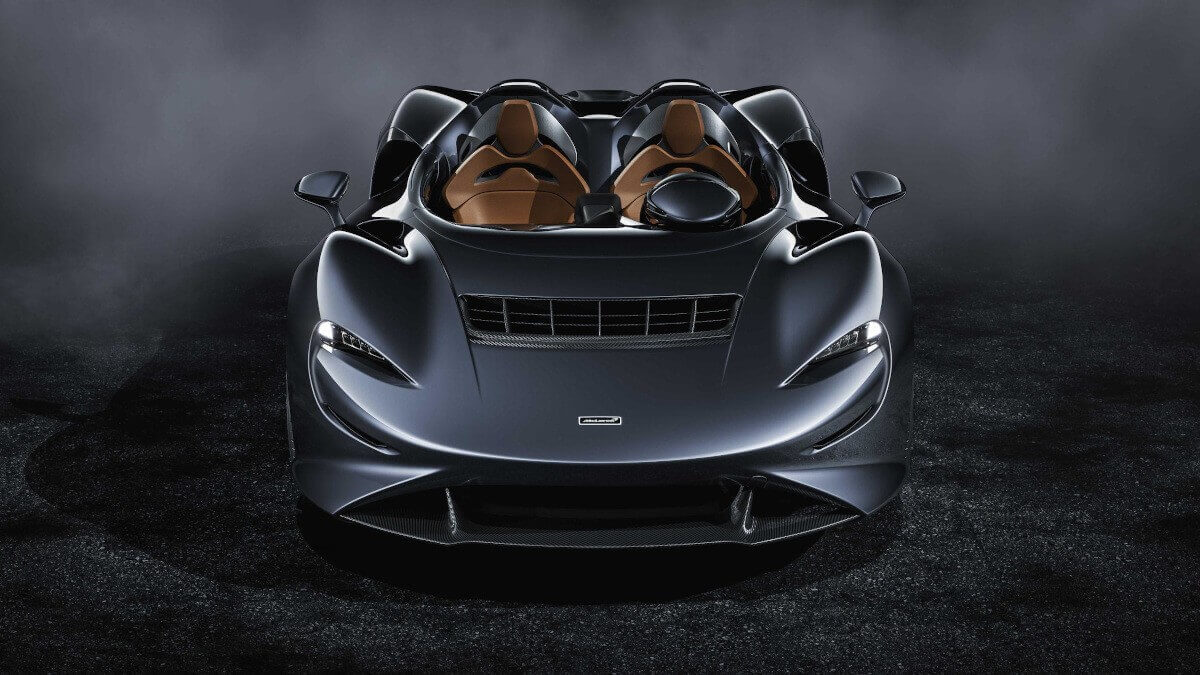 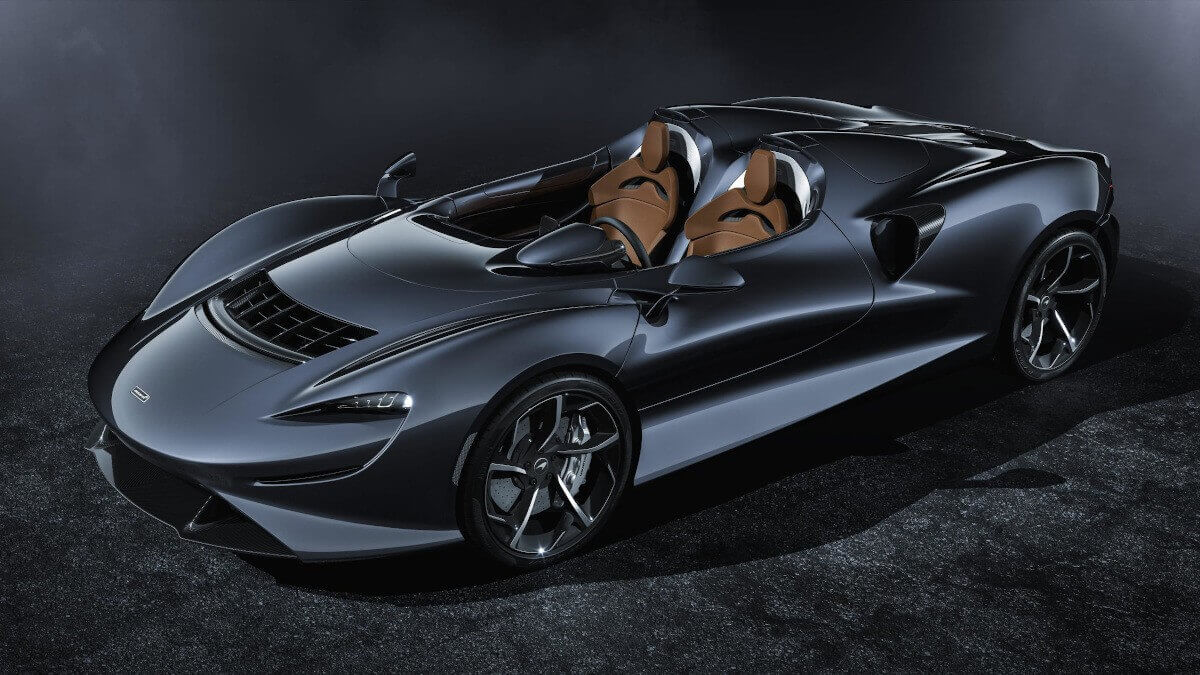 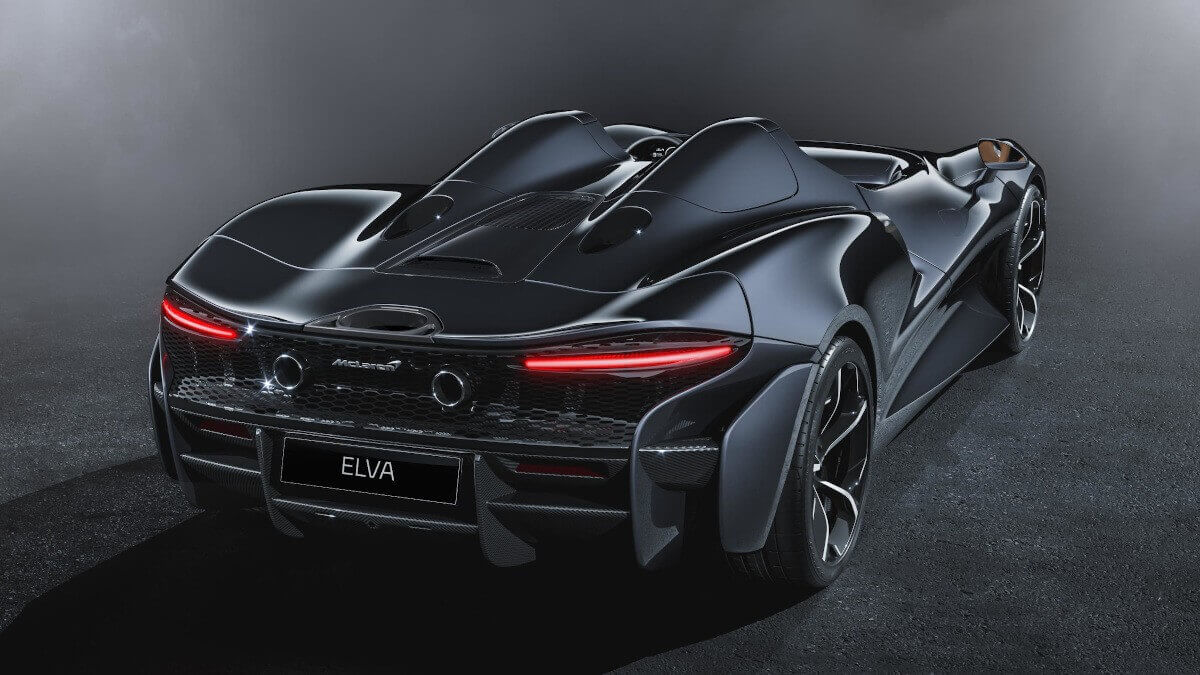 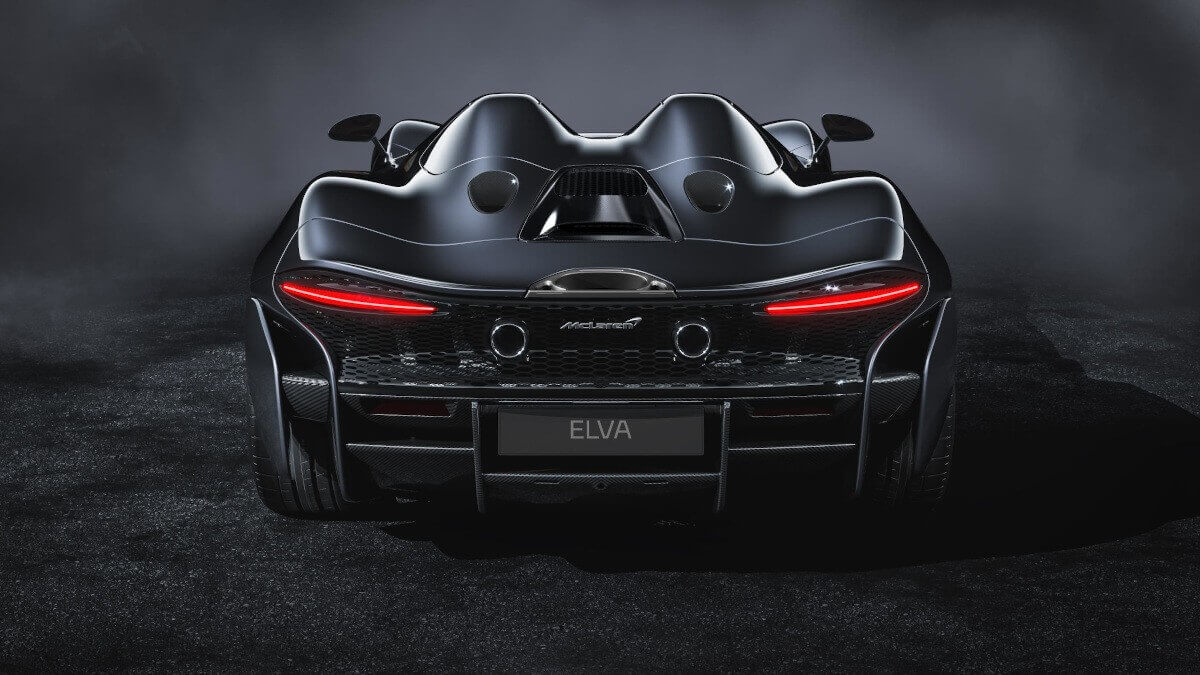 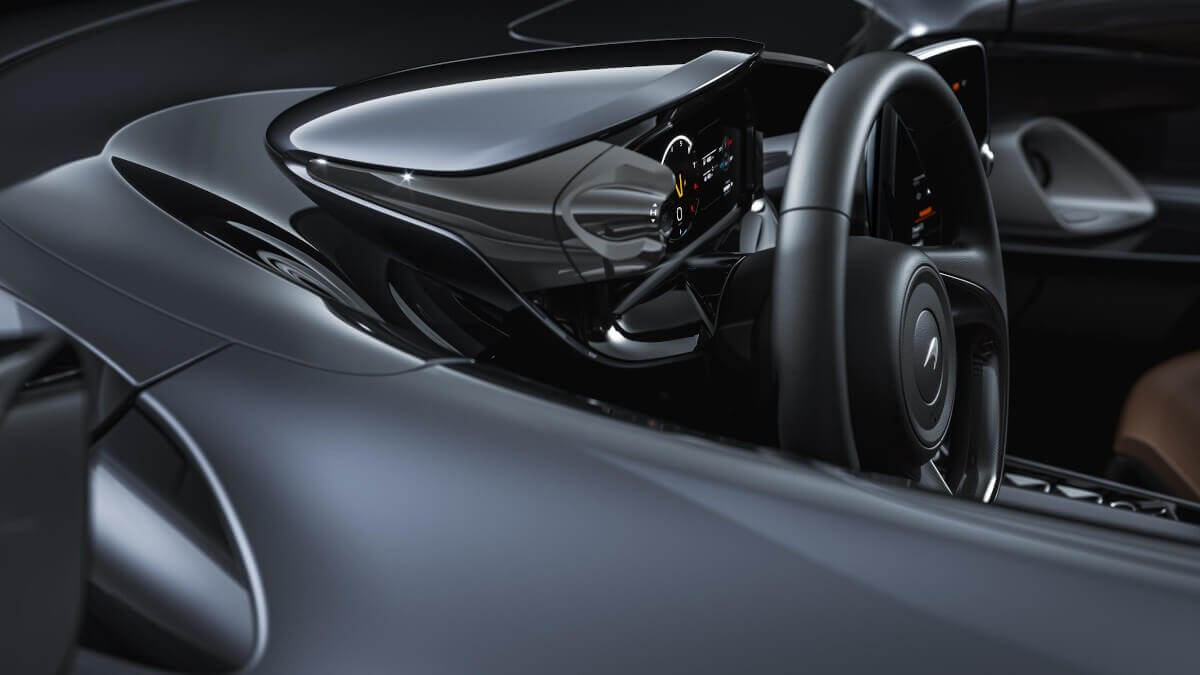 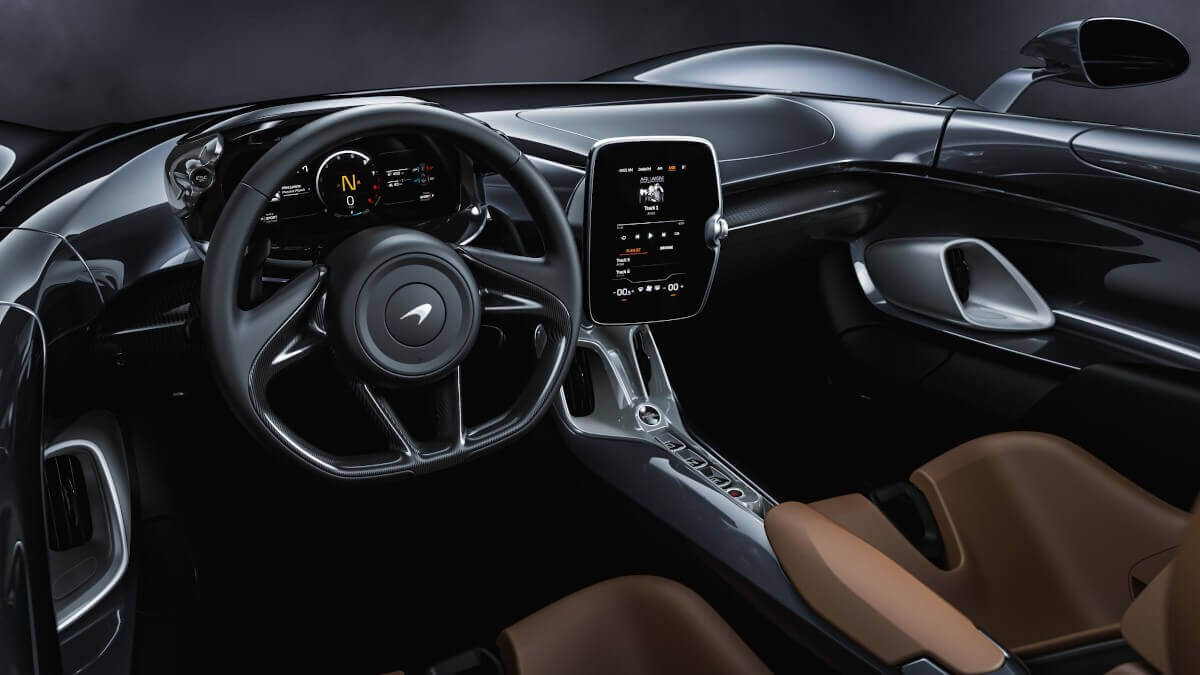 McLaren improves the clear view to the front by a low front part aith pronounced fender tips. Visually, all lines flow to the wide rear fenders, which appear as one part from the doors to the rear deck. A retractable rollover protection system is integrated in the two humps behind the cockpit, which emerges in the event of a rollover. To make it easier to get in and out of the car, shortened sports seats are fitted in the Elva, available in a variety of colors and materials. If desired, six-point belts can be ordered if the car is to be used frequently at racetrack events. Thanks to the sculptural shape of the cockpit line, the driver and passenger are securely enclosed, which is why McLaren regards the use of helmets as optional. However, McLaren also offers a variant of the Elva with windshield for some markets in order to comply with local approval regulations.

The new McLaren Elva is powered by the four-liter V8 biturbo engine already familiar from the 720S, Senna and Senna GTR. For the open two-seater, the performance was increased to 815 hp, whereby the sprint to 100 kph (62 mph) should be over in less than three seconds and the sprint to 200 kph (124 mph) in 6.7 seconds, thus faster than in the McLaren Senna. At present, however, the performance is still extrapolated based on the engine power, which is why no topspeed has yet been announced. In addition, McLaren promises the lowest weight of any McLaren streetlegal sports car so far. The first examples of the supercar Elva, limited to 399 units, will be available to happy customers from the end of 2020 at prices starting at 1,695,000 € in Germany, £ 1,425,000 in the UK or US$ 1,690,000 (each time including taxes).