In 1957, the second production sports car project by Colin Chapman, the founder of Lotus Cars, appeared at the Earl’s Court Motor Show in London. All in all it was the seventh car designed by him and was therefore appropriately named Seven. In keeping with its credo, this car dispensed with all superfluous comfort options. Even the bodywork was reduced to the bare essentials. Visually, the car looks a bit like a hollowed out tree trunk with wheels mounted on the outside. For the original models, thin aluminium sheets were used with a removable bonnet and a small cover over a small luggage compartment behind the seats, into which the fuel tank was also integrated. Above the relatively narrow wheels on the outside are aluminium mudguards.

In the basic version 7F the car was equipped with a side valve engine from Ford with 28 to 40 hp from 1.2-liters displacement. With an unladen weight of less than 500 kilograms, this performance was always sufficient for excellent driving dynamics. Due to various customer inquiries the program was already supplemented in 1958 by the 7A with 37 hp from a 948 cc BMC engine as well as by the 7C with a 1.1-liter engine from Coventry Climax with 75 hp. For the American market there was also a version with a 43 hp Austin-Healey engine. After 242 produced units, in 1960 the conversion to the Series 2 with plastic mudguards and an even larger selection of engines took place. Most of the Seven series were built of the Series 2, with around 1,310 units. In addition, Lotus introduced the designation Super 7 for the top-of-the-line version from 1961 onwards, which is still closely connected to similarly constructed cars today. In 1968 and 1969 there was the Series 3, which was only built around 340 times, and finally, from 1970, the more angular Series 4 with a slightly larger body made of plastic was produced. 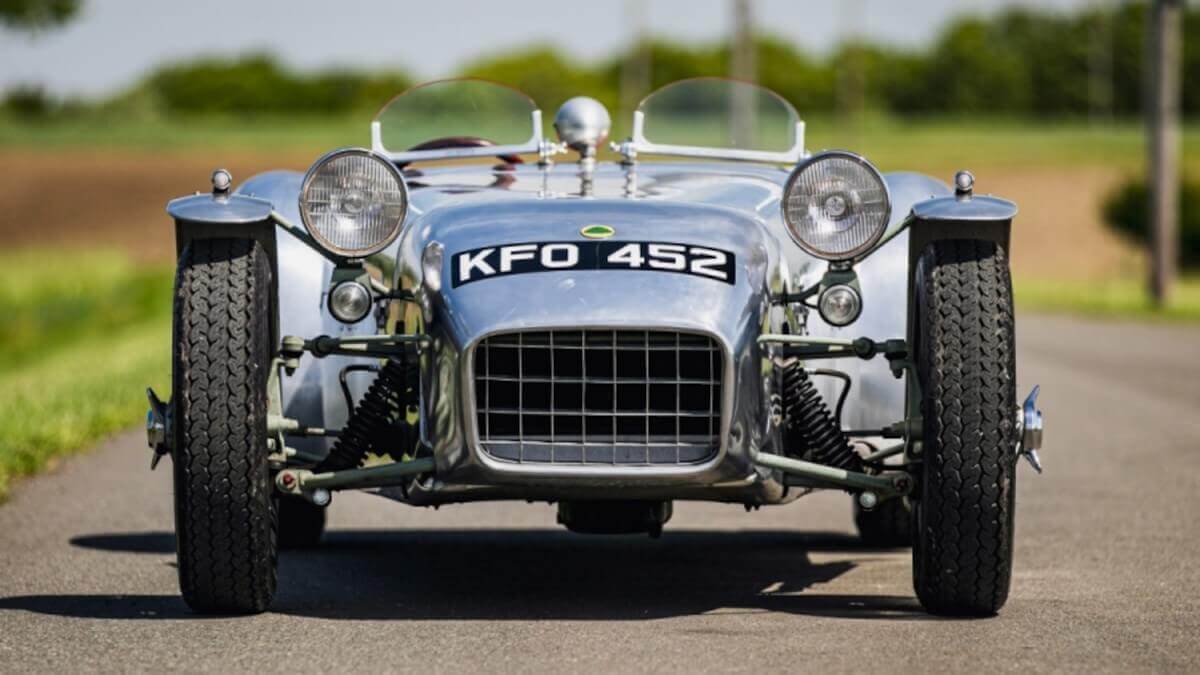 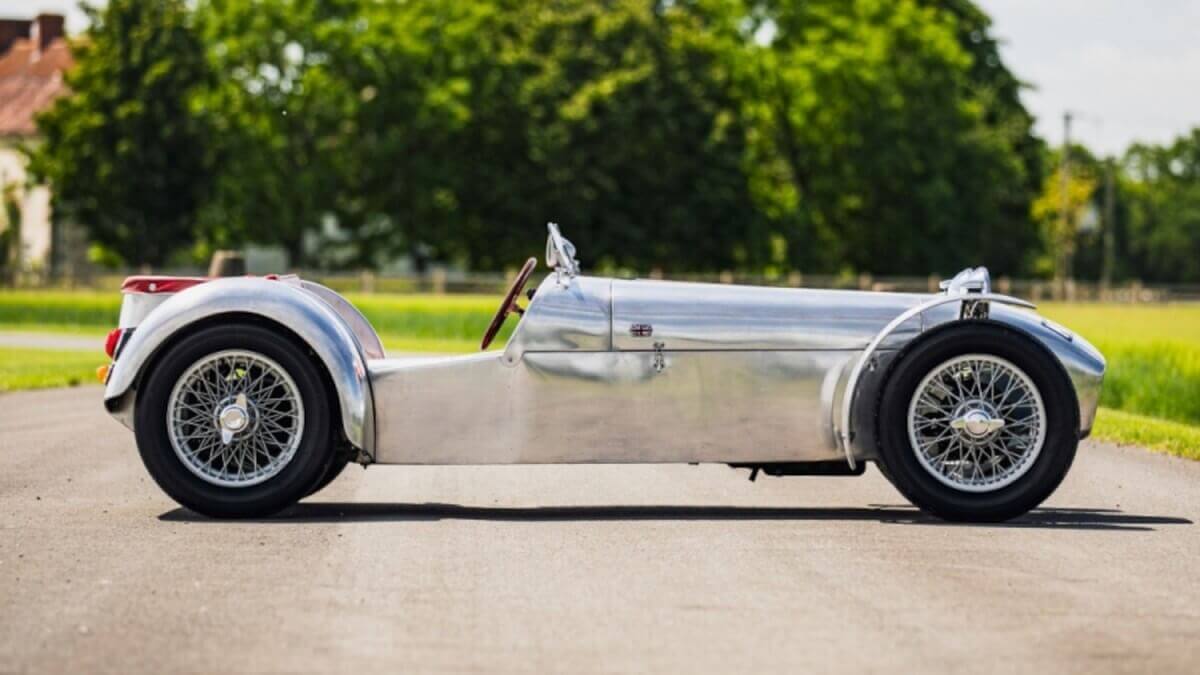 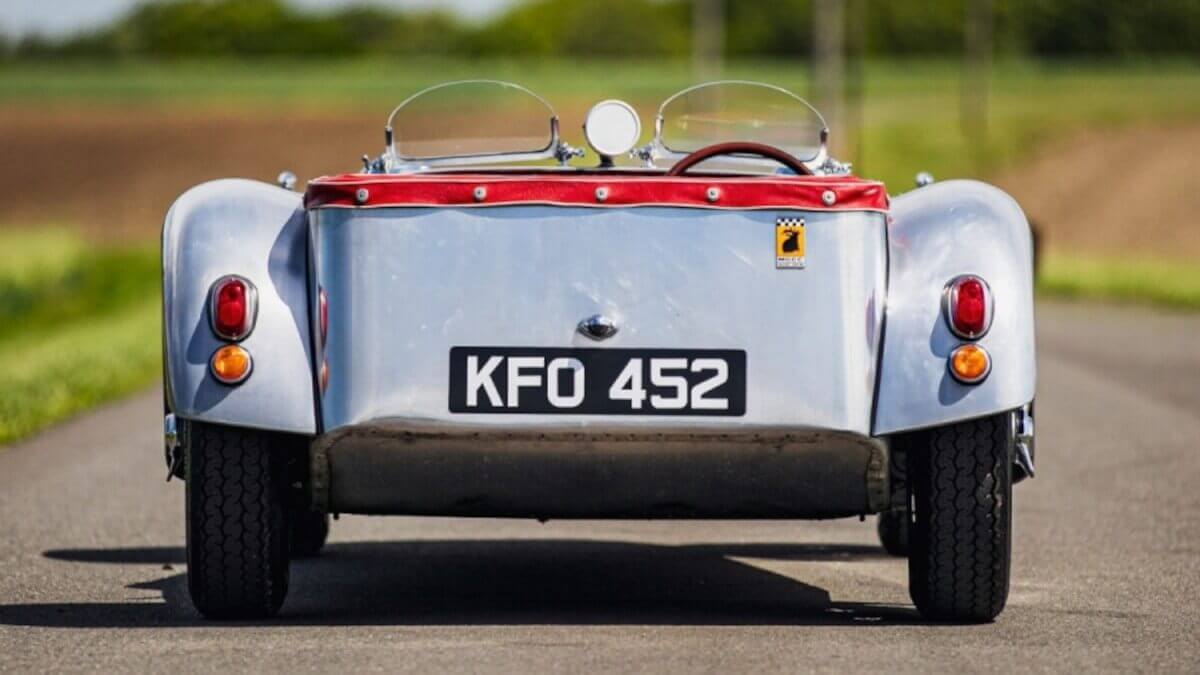 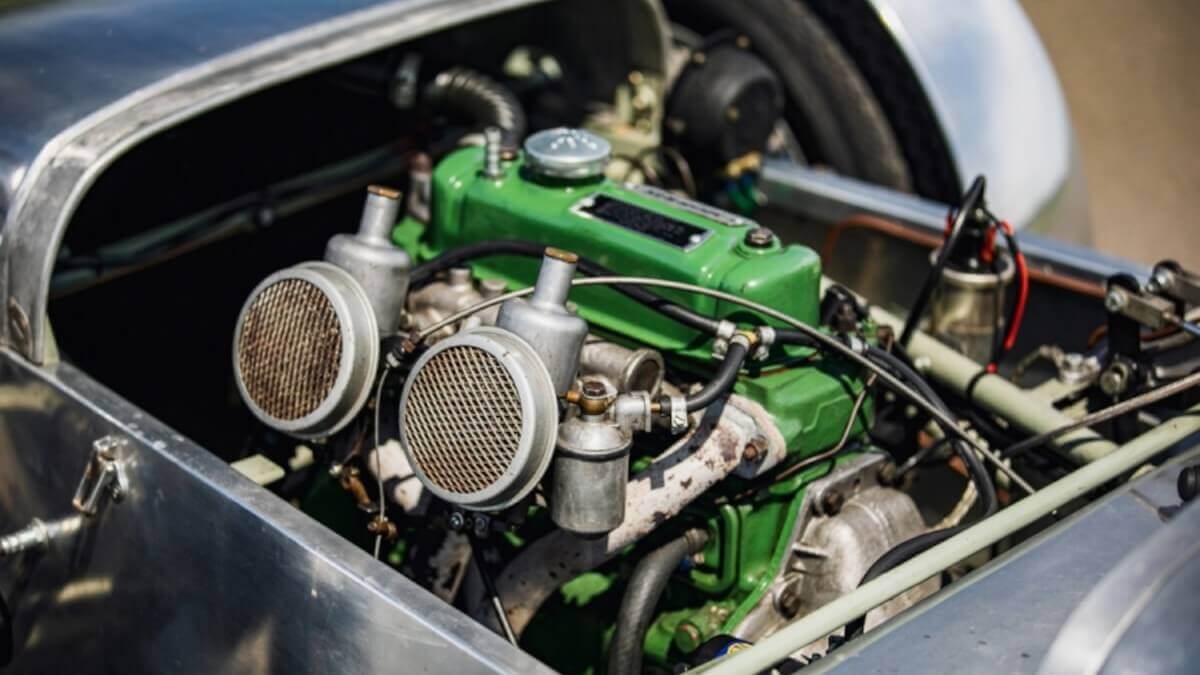 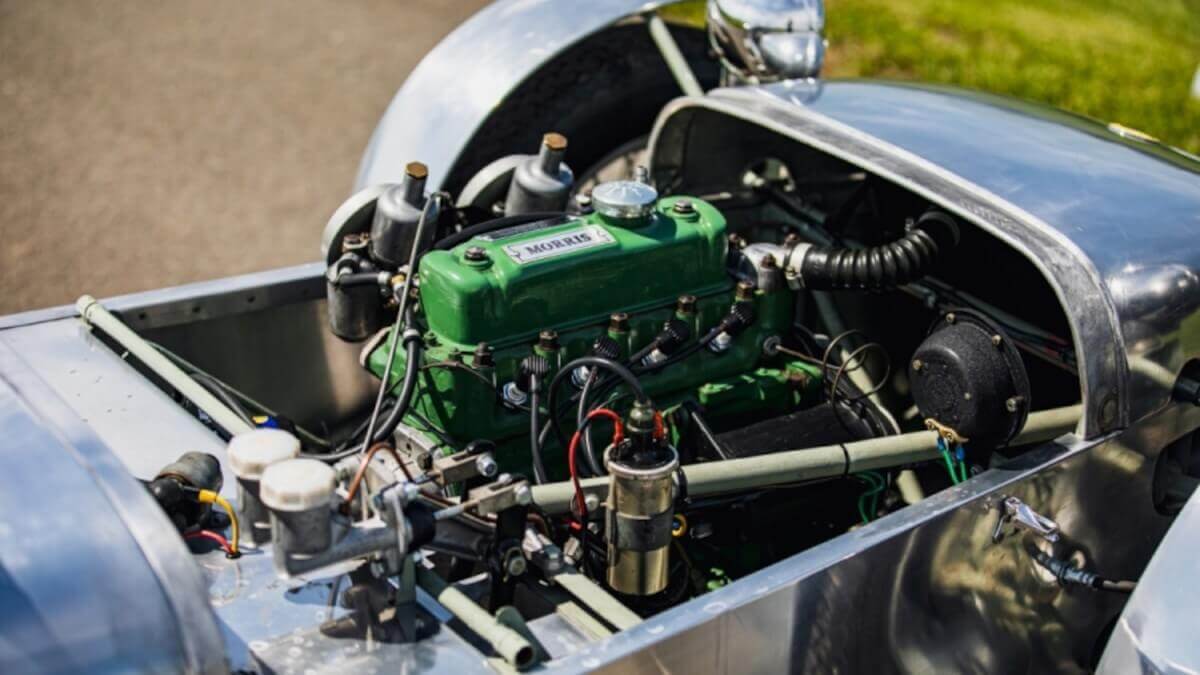 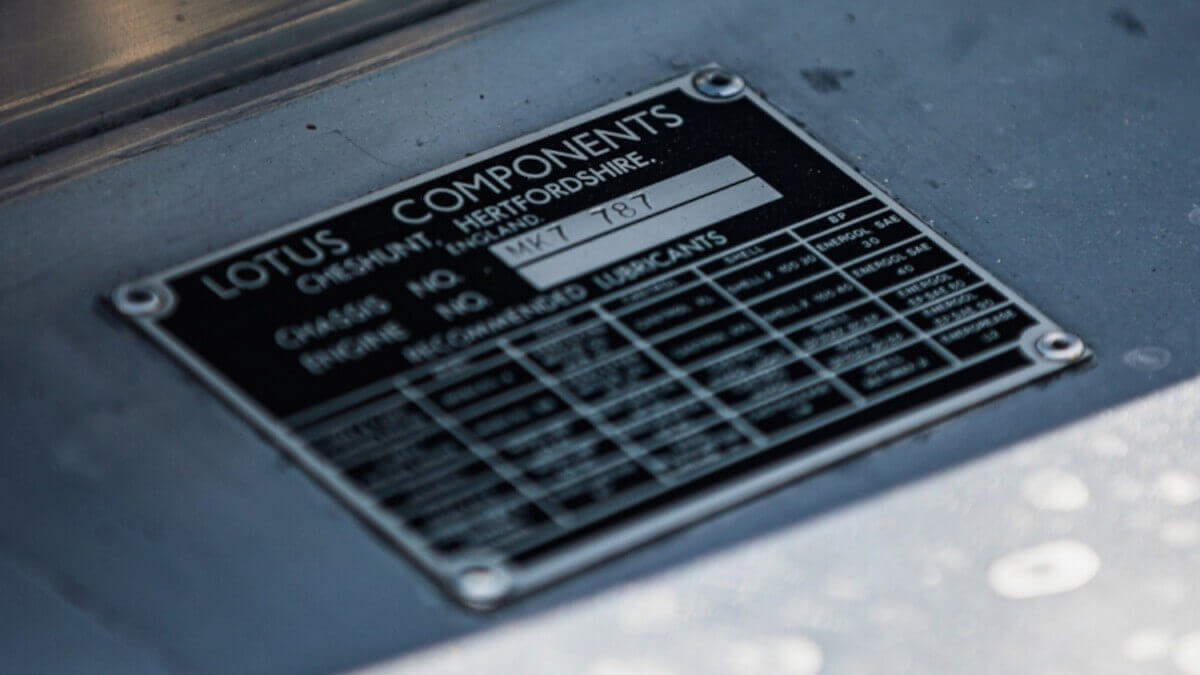 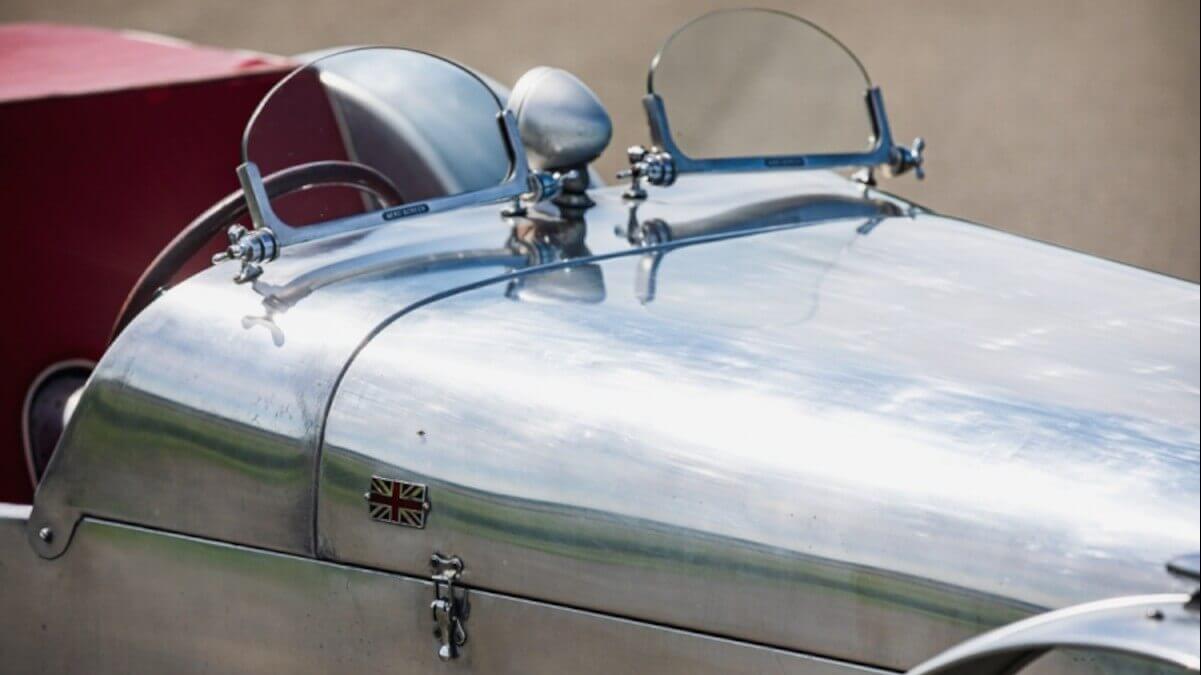 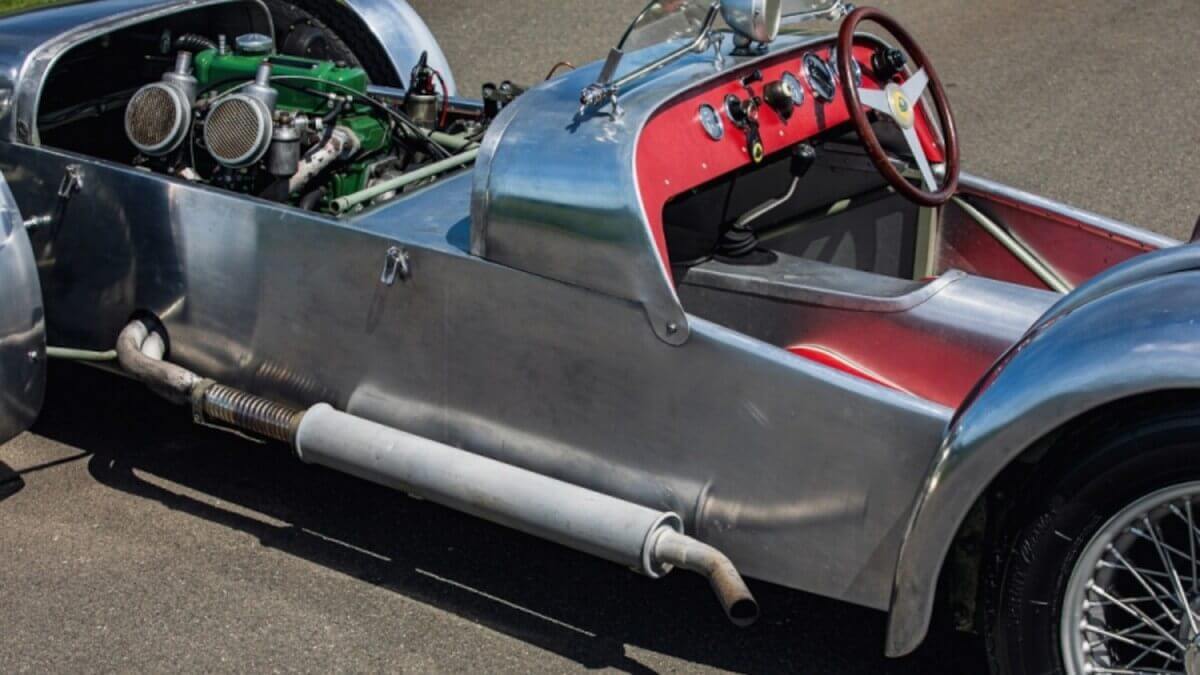 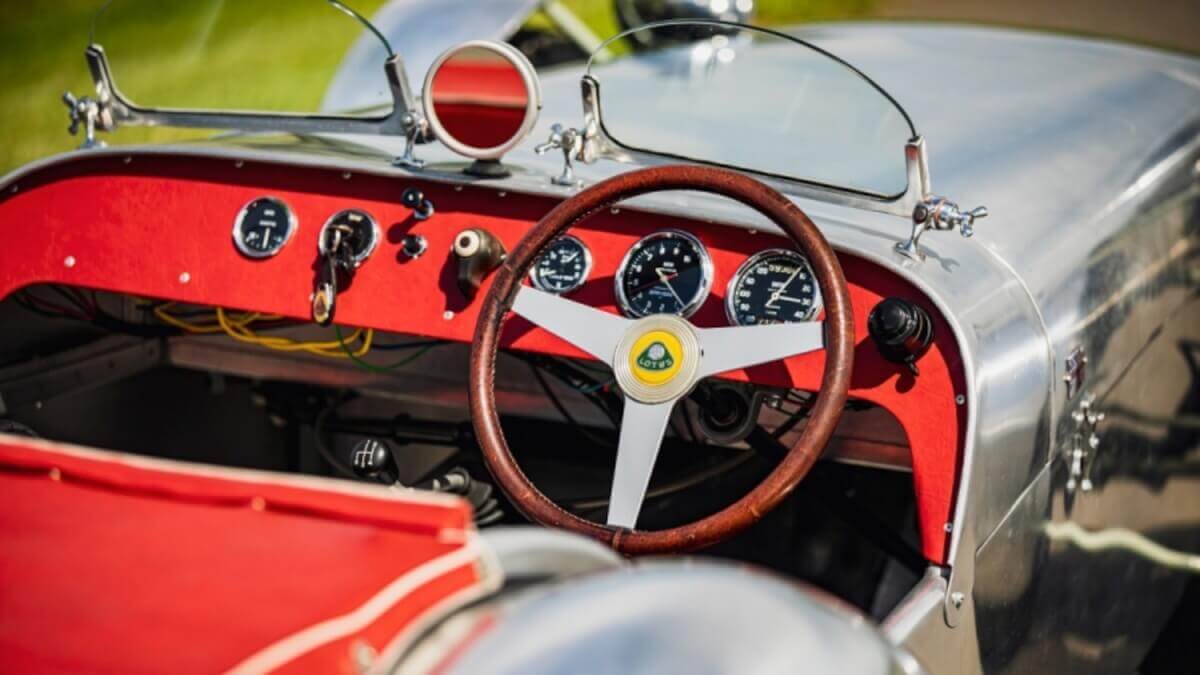 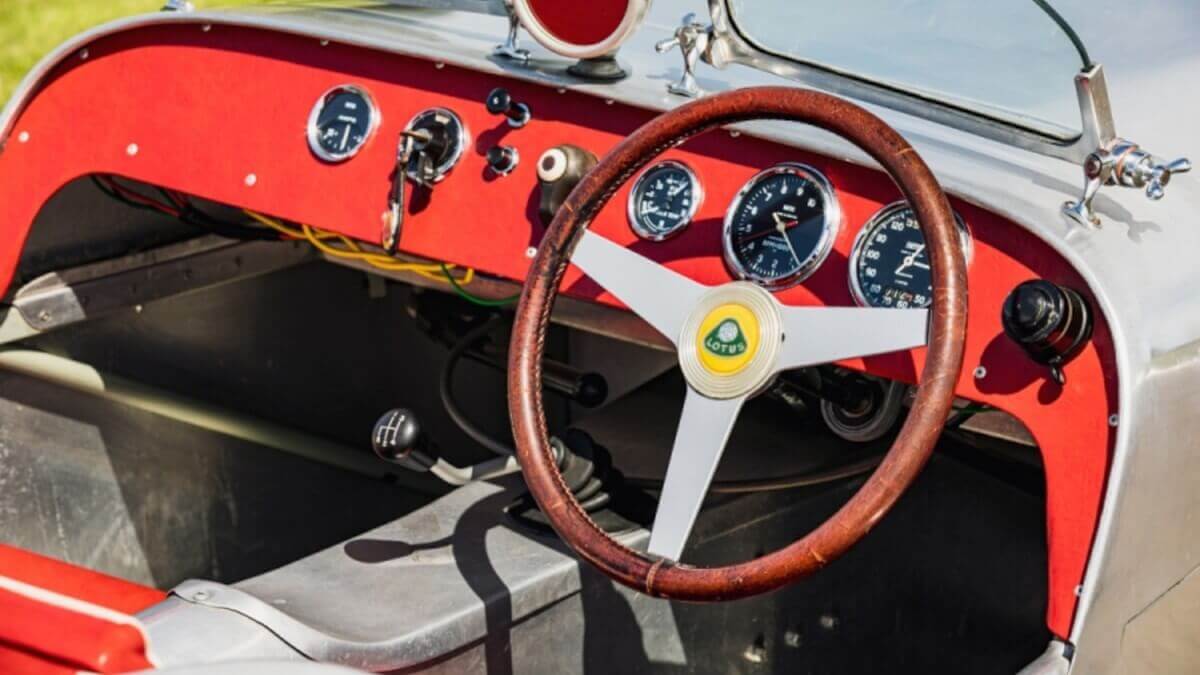 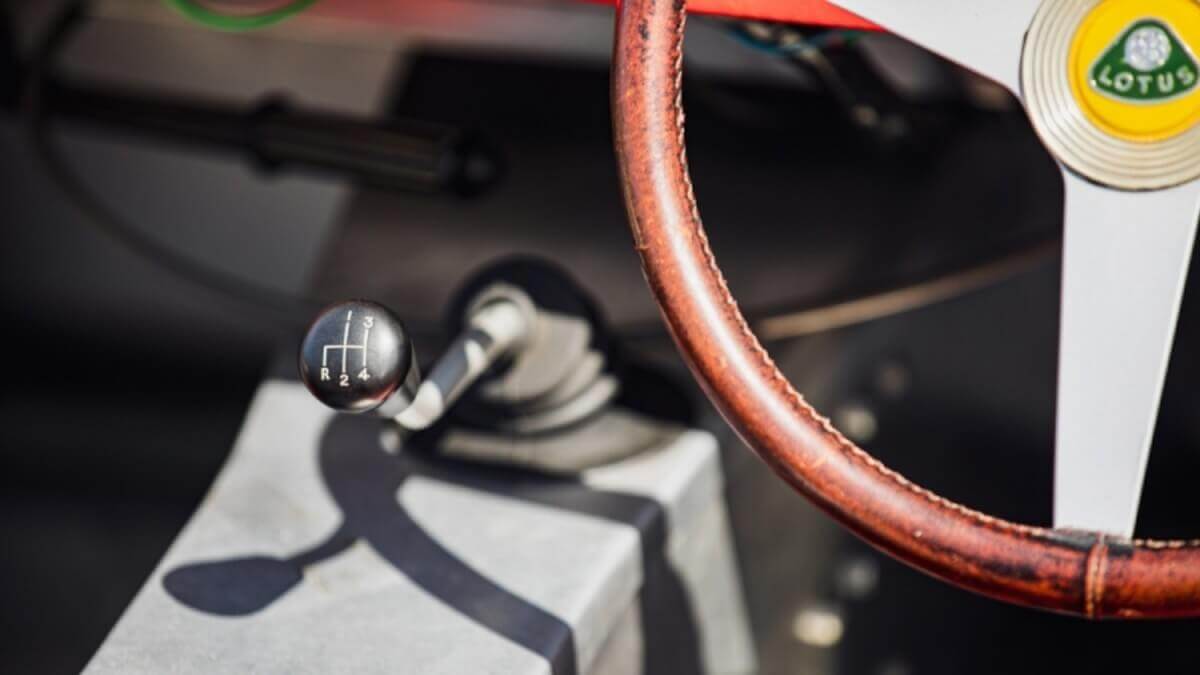 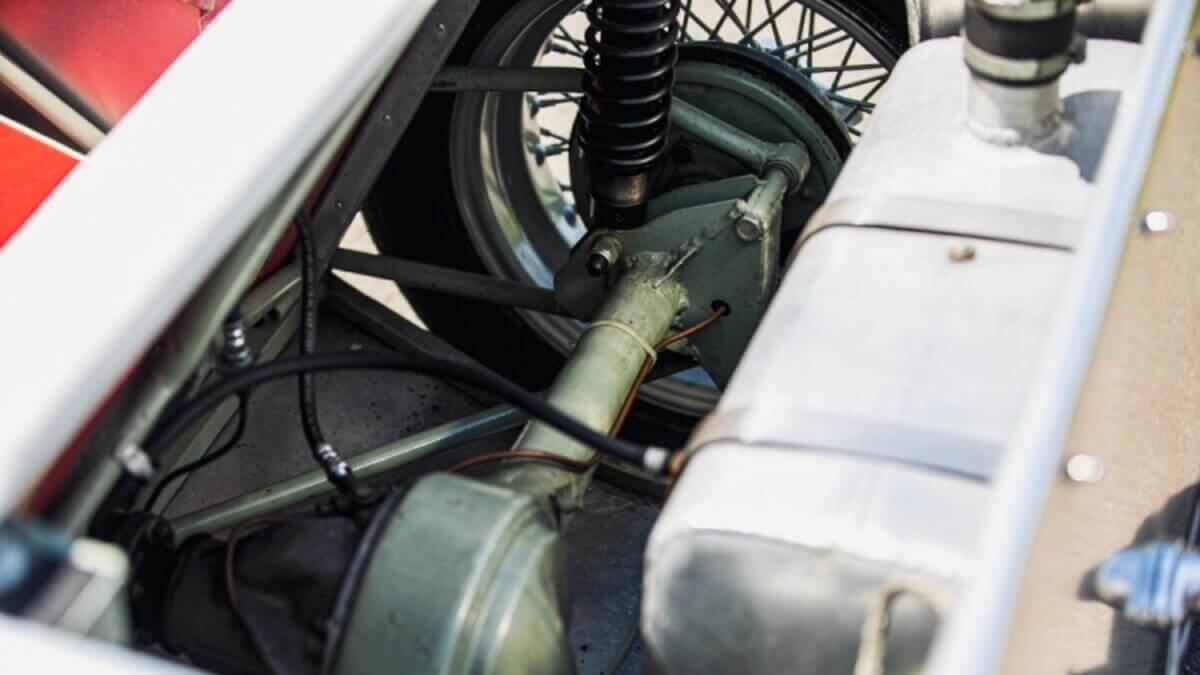 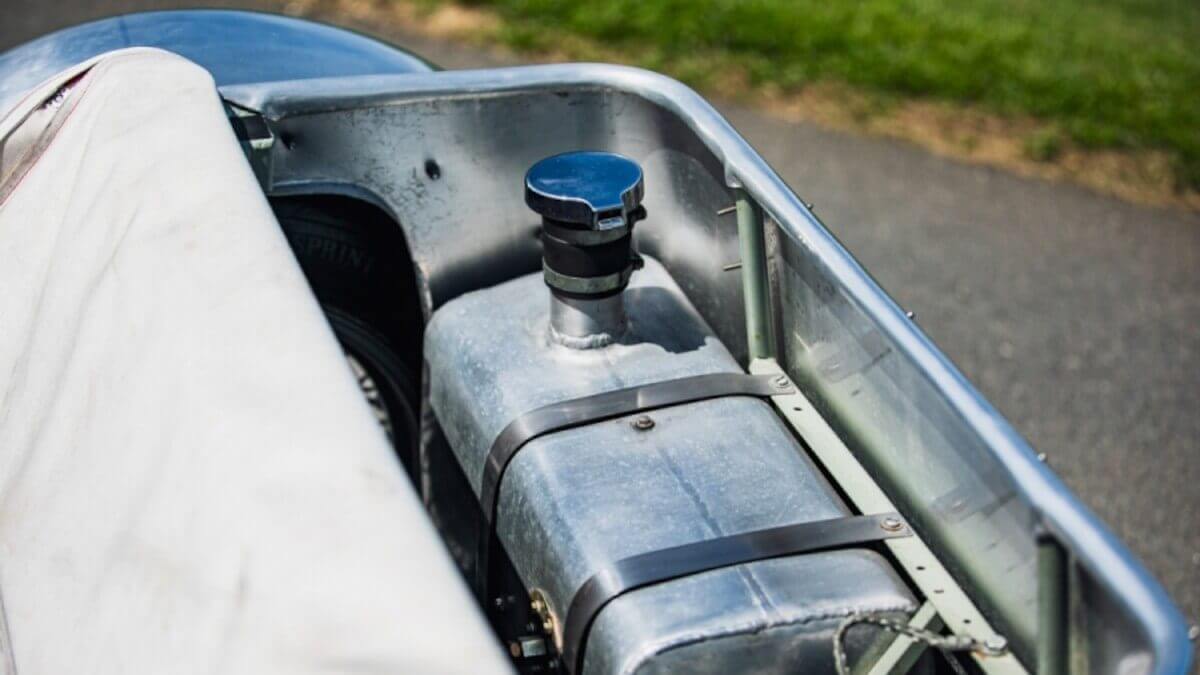 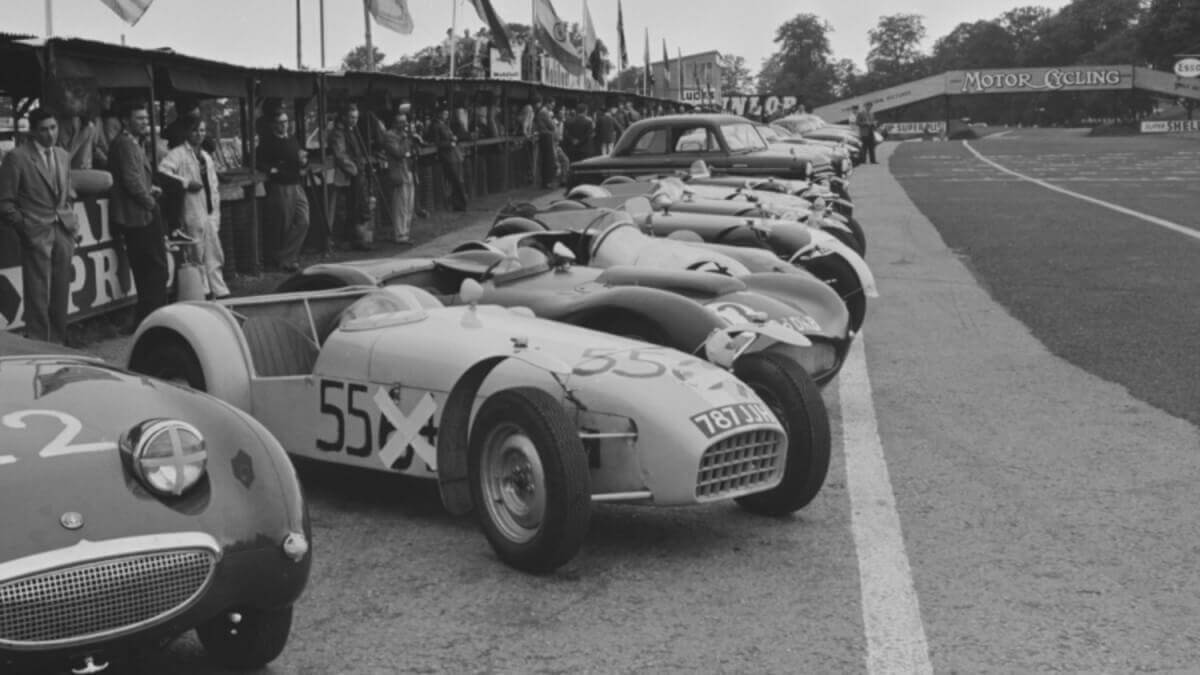 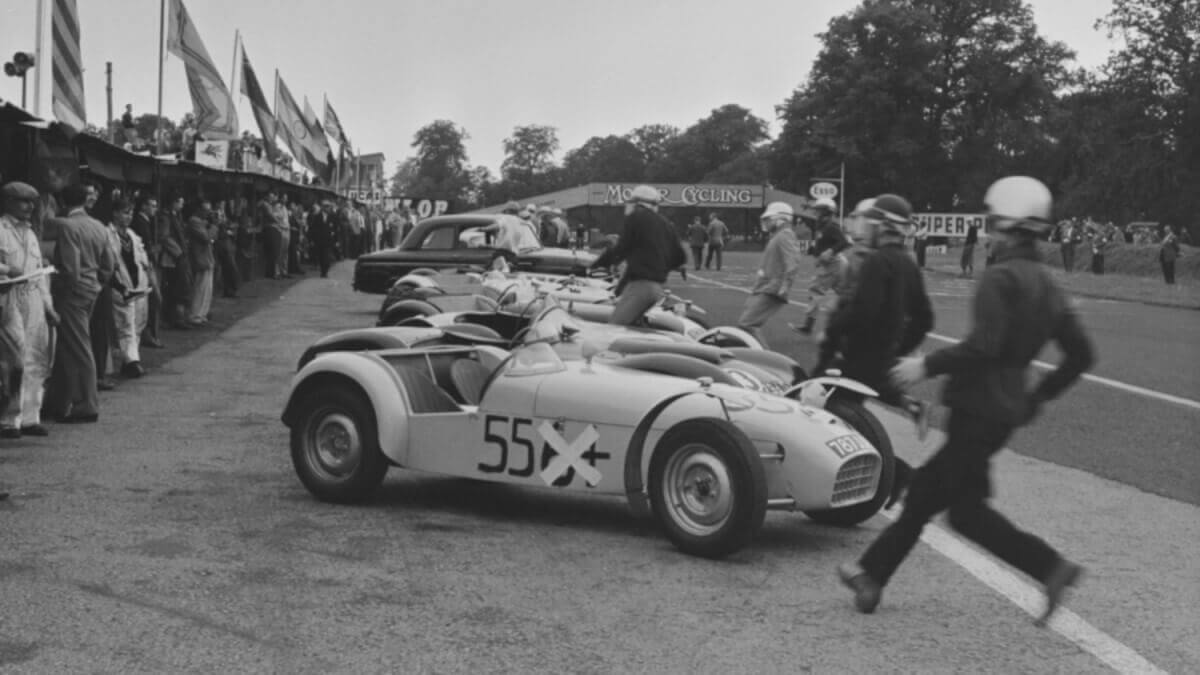 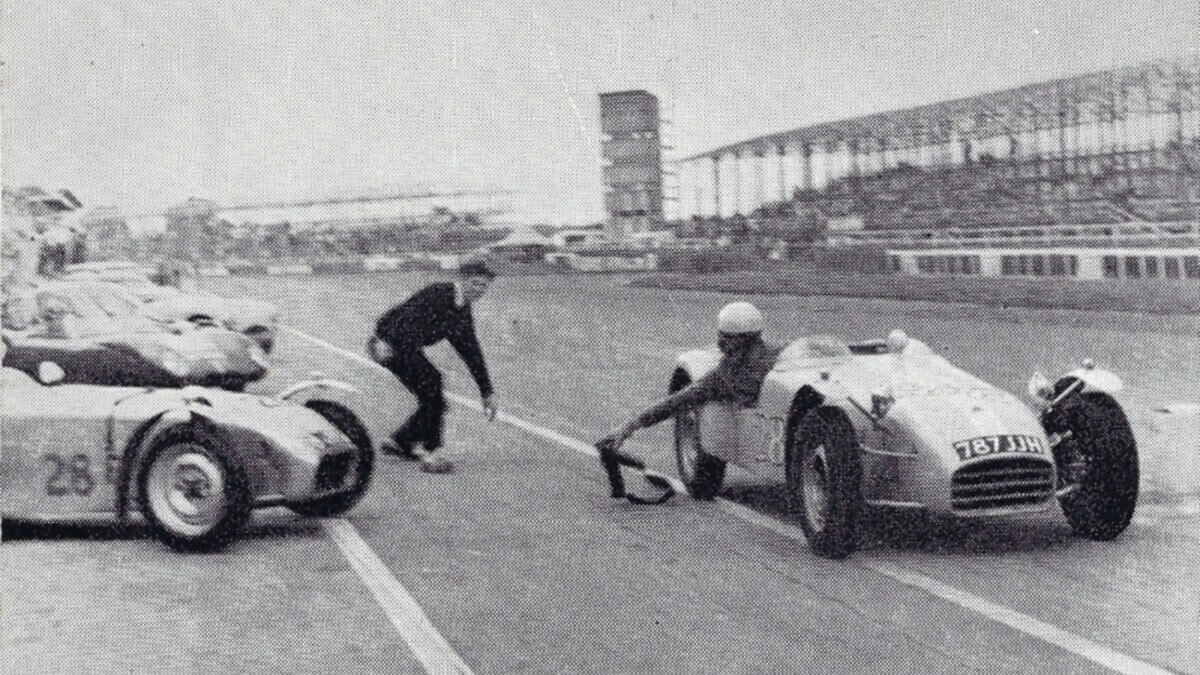 This Series 4, however, wasn’t very well received by customers and eventually led to production being discontinued. In addition, the general conditions for a low cost registration of Lotus sports cars changed for 1973. Due to the ‘Purchase Tax’ the Seven could be offered at a lower price if it was sold as a kit car without building instructions. Instead Lotus offered the customers a dismantling instruction, which could be used for the assembly of the car when read backwards. In 1973, Great Britain joined the EEC and therefore had to replace the purchase tax with a value added tax (VAT), which meant that the tax advantages of kit cars were no longer applicable. The last remaining Lotus dealer of those days, Caterham Cars, took over the production rights of the Lotus Seven and continues to produce these cars to this day. Next to that, there were and are various other manufacturers who offer similar models. Westfield and Donkervoort are particularly well-known.

The Lotus Seven wasn’t only suitable for the road, but also for the clubsport races, which were very popular in the 1950s and 60s. Drivers arrived there in their sports cars, removed lights and windscreens and were ready to race. Starting numbers were painted by hand on the bodywork and off they drove. It is still the only road-legal sports car in the company’s history that wasn’t given a model name beginning with ‘E’, but was numbered like the other Lotus racing cars. Silverstone Auctions is offering a 1959 model in an auction on August 1st. The car was built by the Lotus store’s man Jay Hall, who was one of the internal ‘Terriers’ (named after designer Len Terry), who built their own Sevens in their spare time and raced it. However, this was stopped for 1959, as the employees were often more successful than the customer cars.

Jay Hall received this car as an unbuilt kit car on November 20, 1959 and was able to get the appropriate license plate number 787JJH – his initials and the chassis number of this car. With the help of various friends and work colleagues, the Seven was completed in early 1960 as a 7F with Ford engine. Jay Hall sold a share of the car to his colleague Peter Hutcheon in 1960, which was sold to Mark Roberts in 1961 to keep the costs for the car low. The sign painter Roy Elmore gave the Seven a pale blue color scheme with a central white stripe to match Jay Hall’s racing helmet. With the help of the book ‘How to Drive a Racing Car’, Hall and Hutcheon taught themselves how to drive such a light and fast sports car at three races in Silverstone, with Jay finishing fifth in the last of those. Up to the end of September, the two colleagues took part in as many races as possible, clinching one victory, a third place and twelve more positions in the top ten. From 1961 onwards, Jay’s best friend at Lotus, Mark Roberts, sat behind the wheel of the Seven, which after 26 races the previous year had to be extensively revised. Roberts took care of the engine by boring it. However, this work on the car meant that there was hardly any time left for racing and so they only took part in ten races between August and October. As Jay was to marry the following year, he eventually sold his Seven, but a few years later he came across exactly this car again when he visited Brighton to see the finish of the Veteran Car Run (now London to Brighton Run) and his old Seven was parked there on the coast road. In the middle of the 1960s the car moved to Scandinavia, where an extensive restoration was carried out from 1985. This also led to the Seven becoming a 7A with the rare and sought-after BMC engine. In 1995, the vintage car dealer Rod Leach brought the Lotus back to Great Britain, where it became a part of a big car collection for about 20 years and has afterwards belonged to the current owner. Silverstone Auctions is now looking for a new home for the rare sports car and expects a hammer price to be between £ 36,000 and £ 42,000.