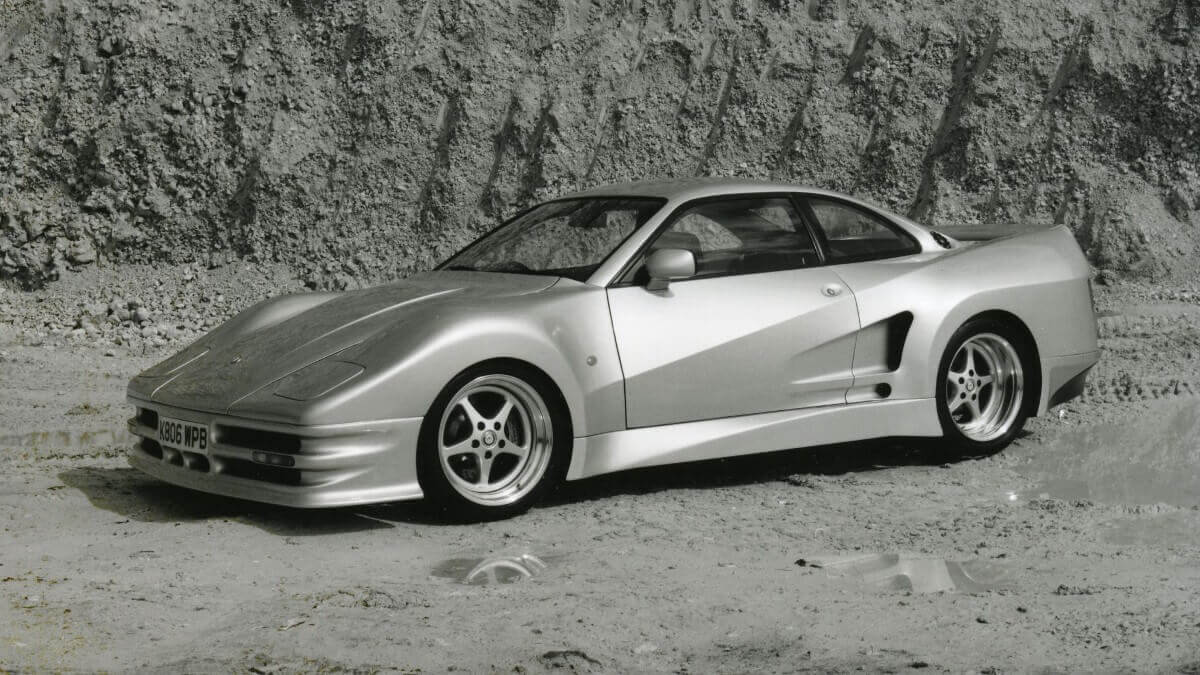 Lister Cars from Great Britain is a small sportscar manufacturer founded in 1954 by Brian Lister. After some succesful sportscar races with own cars but engines from MG, Chevrolet, Bristol and Jaguar, the production was stopped in 1963 after the only Lister Coupé failed to finish in Le Mans. 23 years later Laurence Pearce revived the company and built tuning kits for Jaguar models, specially for the XJ-S. They sold about 100 cars and got enough money out of them to develop an own supercar which debuted at the 1993 London Motor Show as the Lister Storm.

Against typical sportscar concepts of that time the Storm is 2+2 seater with engine on top of the front axle. This powerplant comes from Jaguar and developes 407 kW/553 PS and a maximum torque of 790 newtonmeters from 12 cylinders and seven liters of displacement. A manual six-speed gearbox from Getrag that was originally developed for the BMW 850i transmits the power to the rear wheels. At full acceleration the car reaches 60 mph in 4.1 seconds and 100 mph in 11 seconds as well as a topspeed of 208 mph. It was the fastest four-seater in the world for a long time. Kerb weight is said to be 1,664 kilograms. A fully adjustable suspension setup with double wishbones all around shows technical closeness to motorsports. 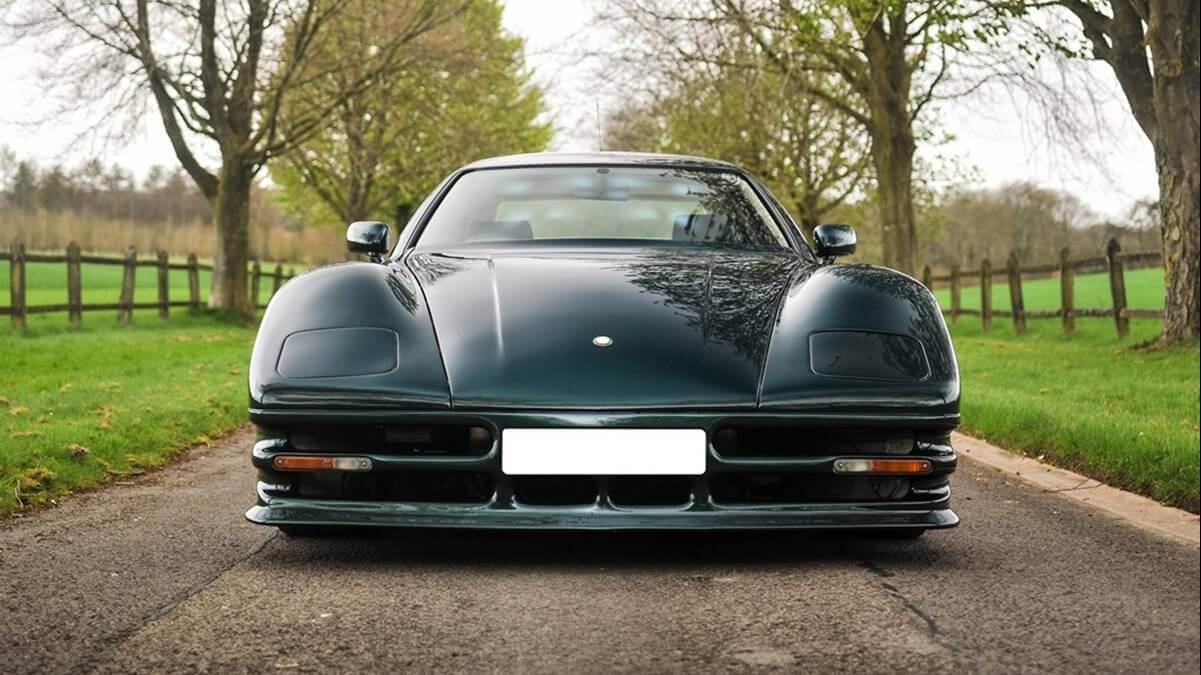 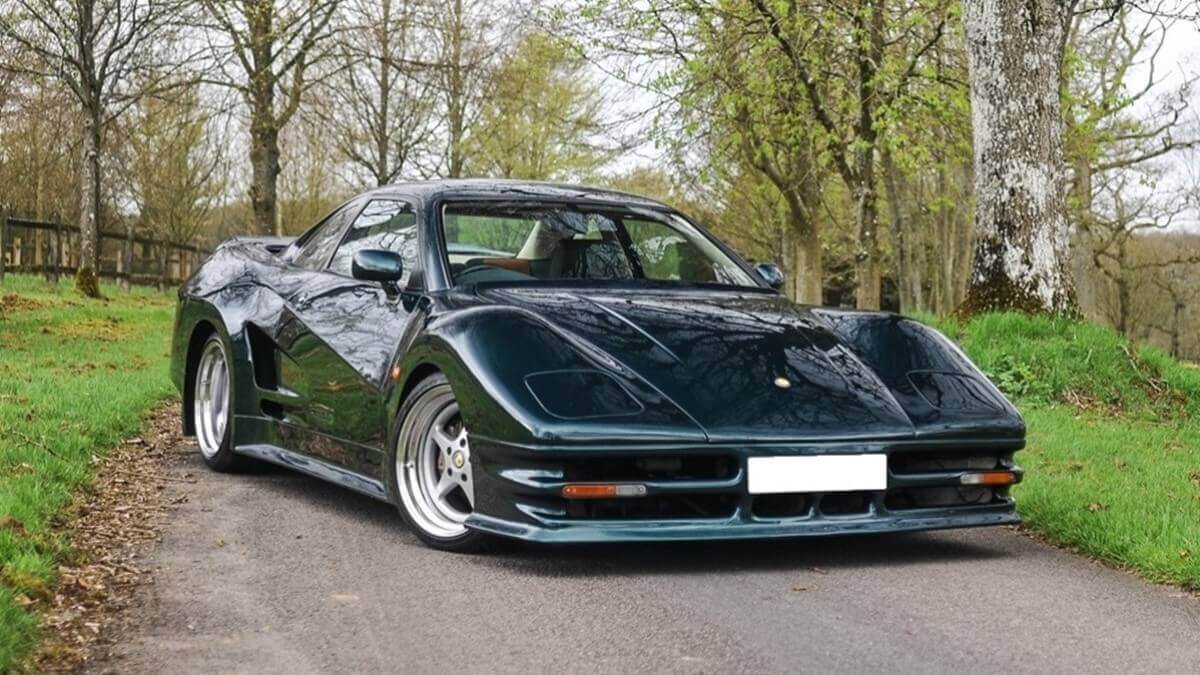 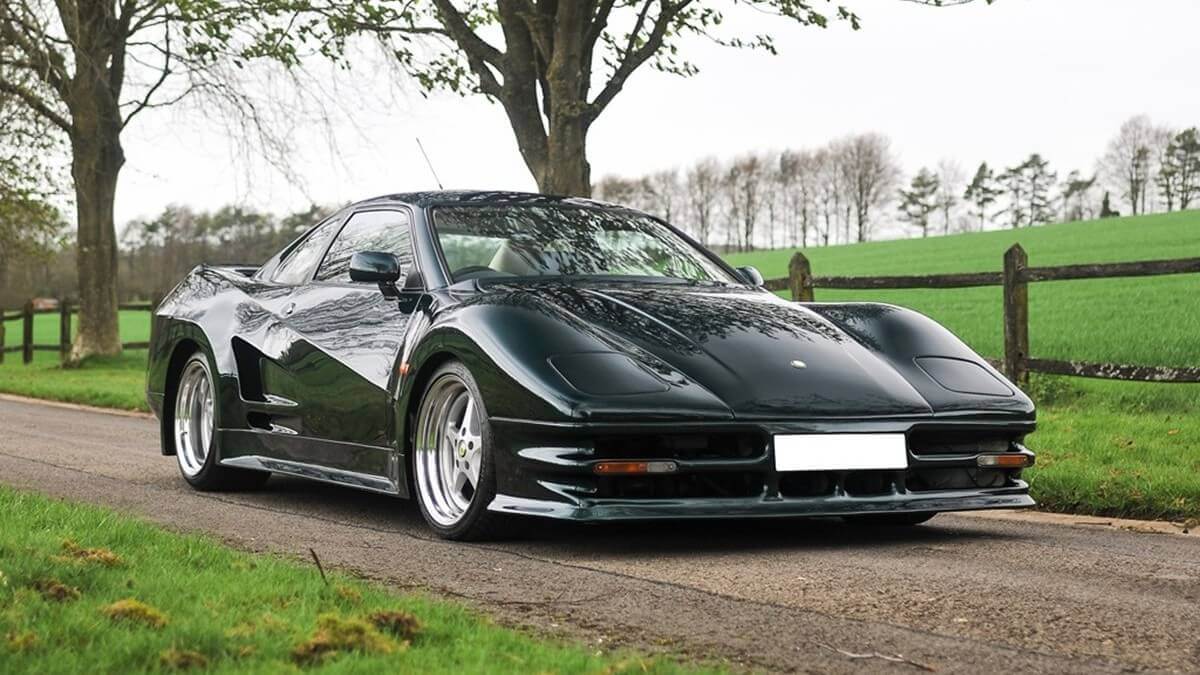 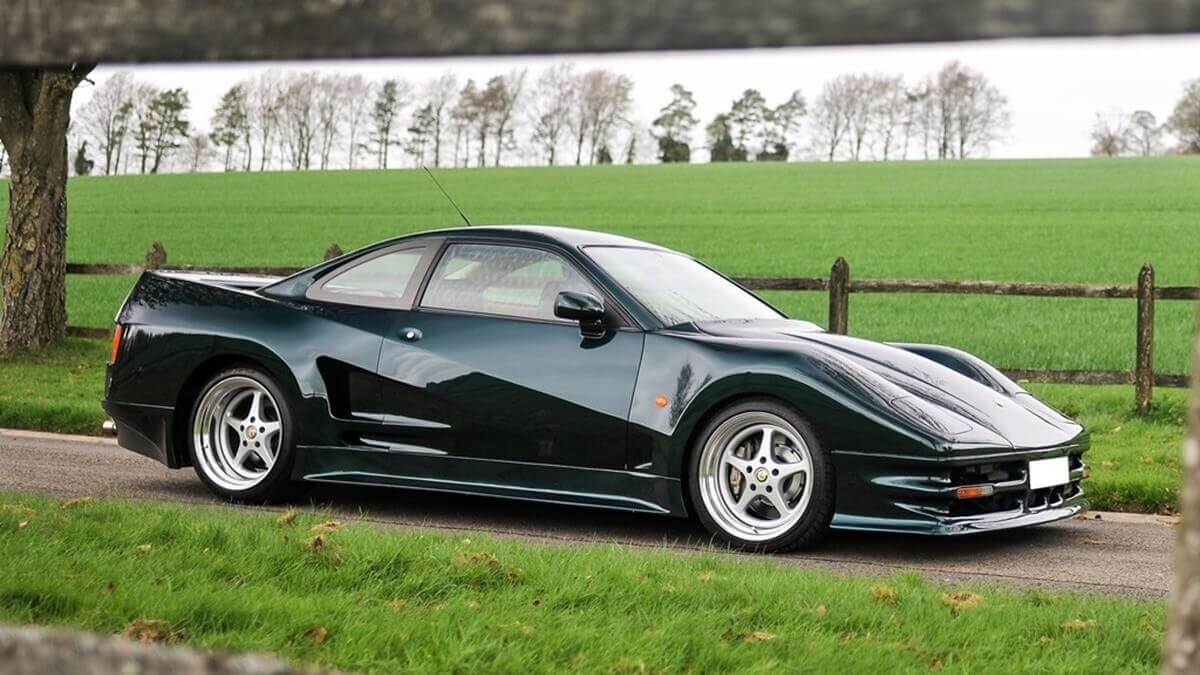 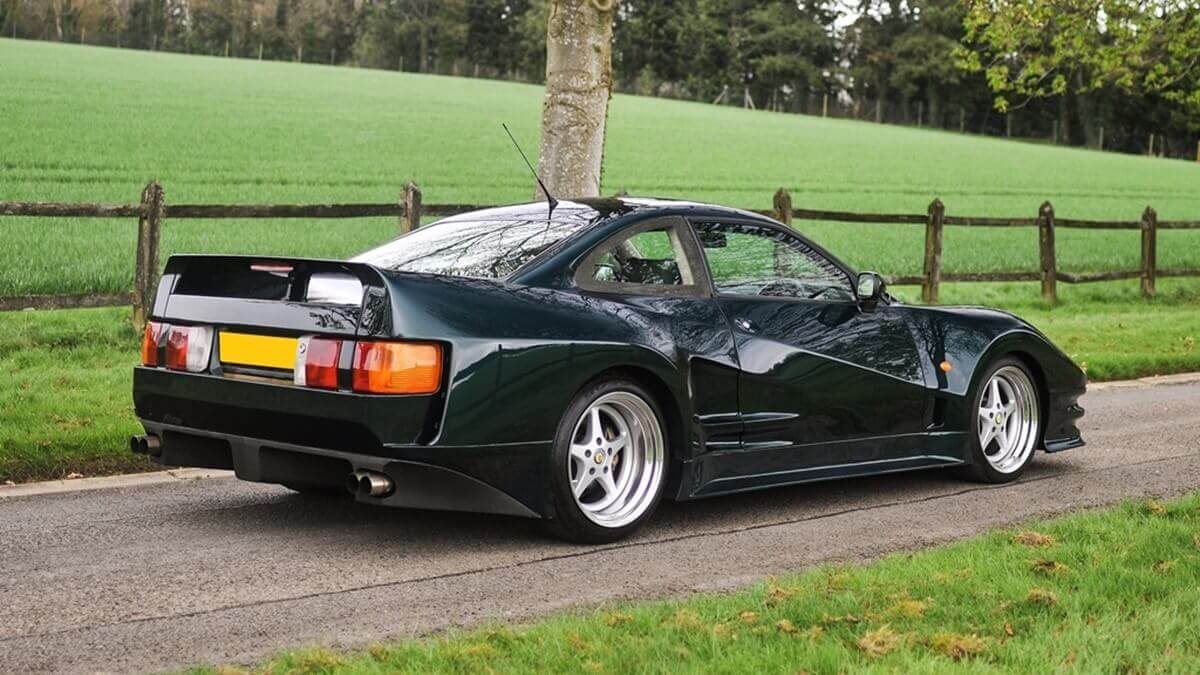 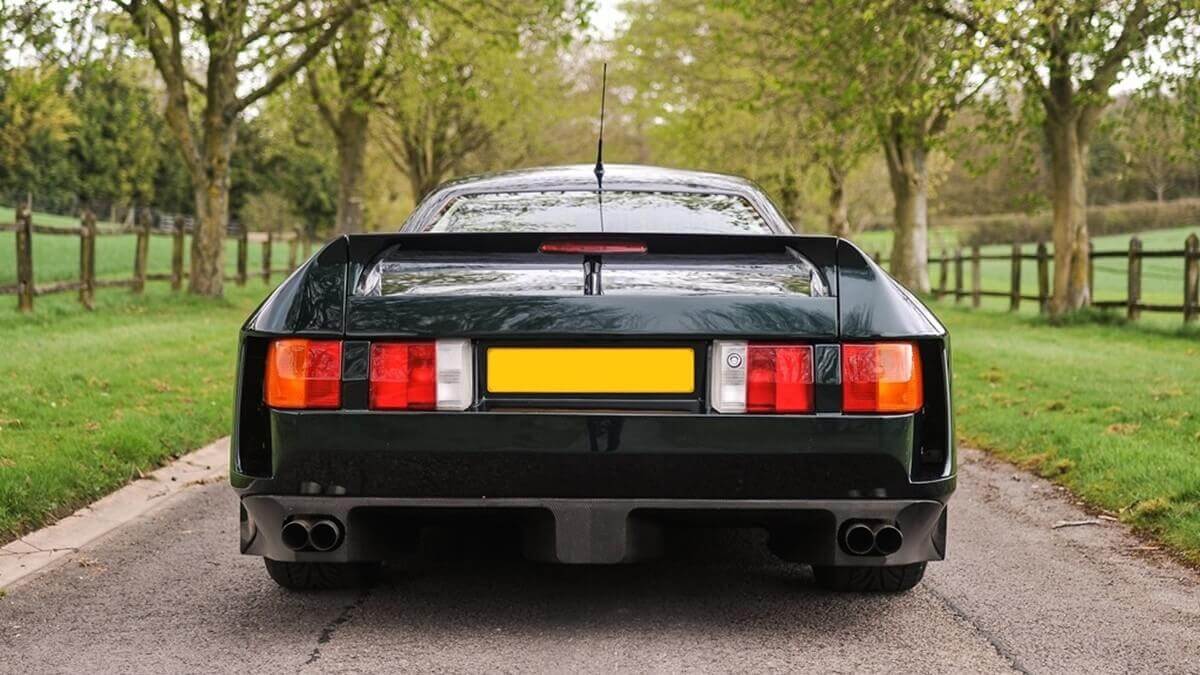 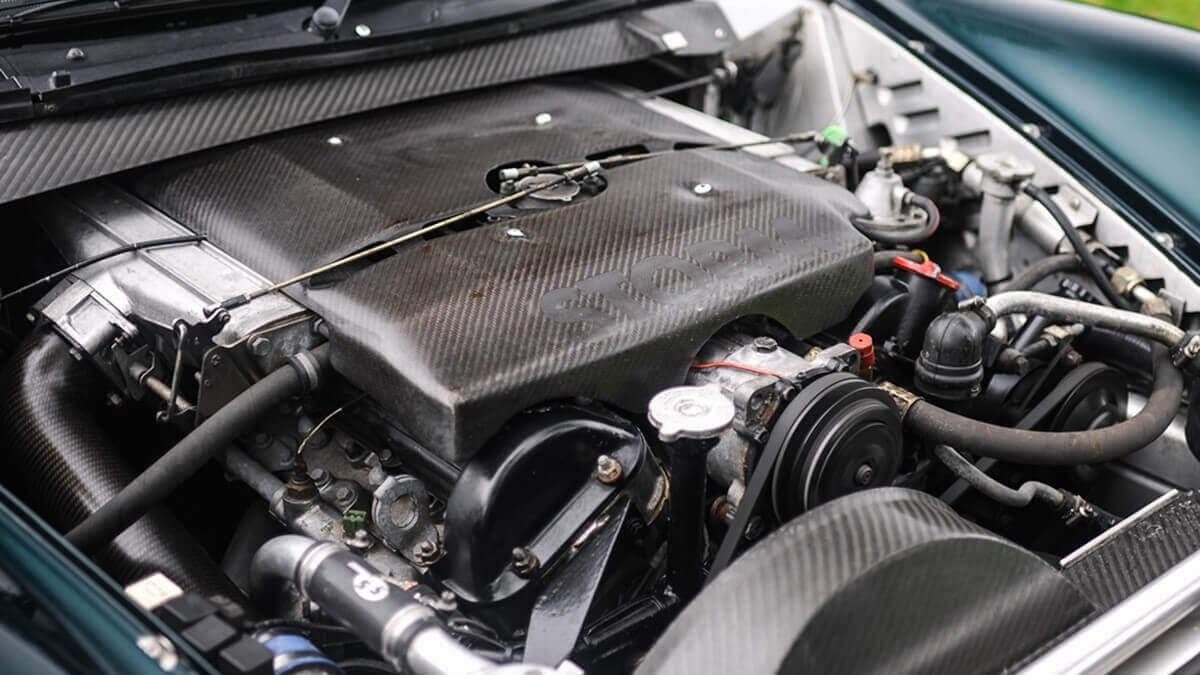 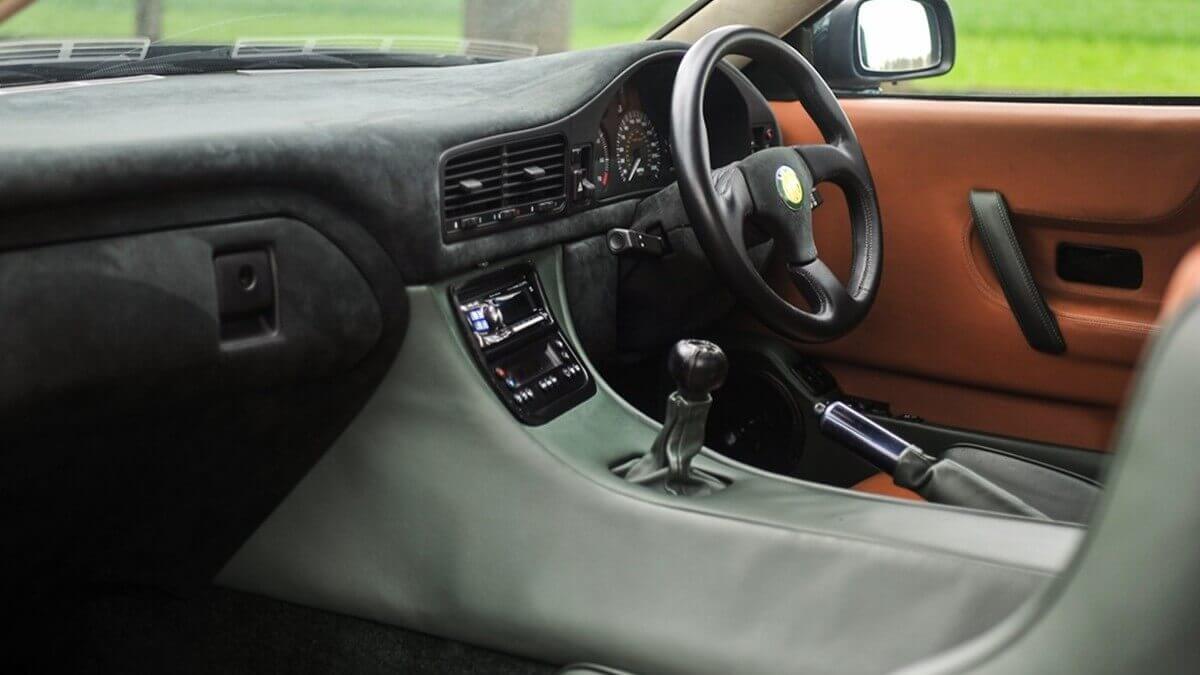 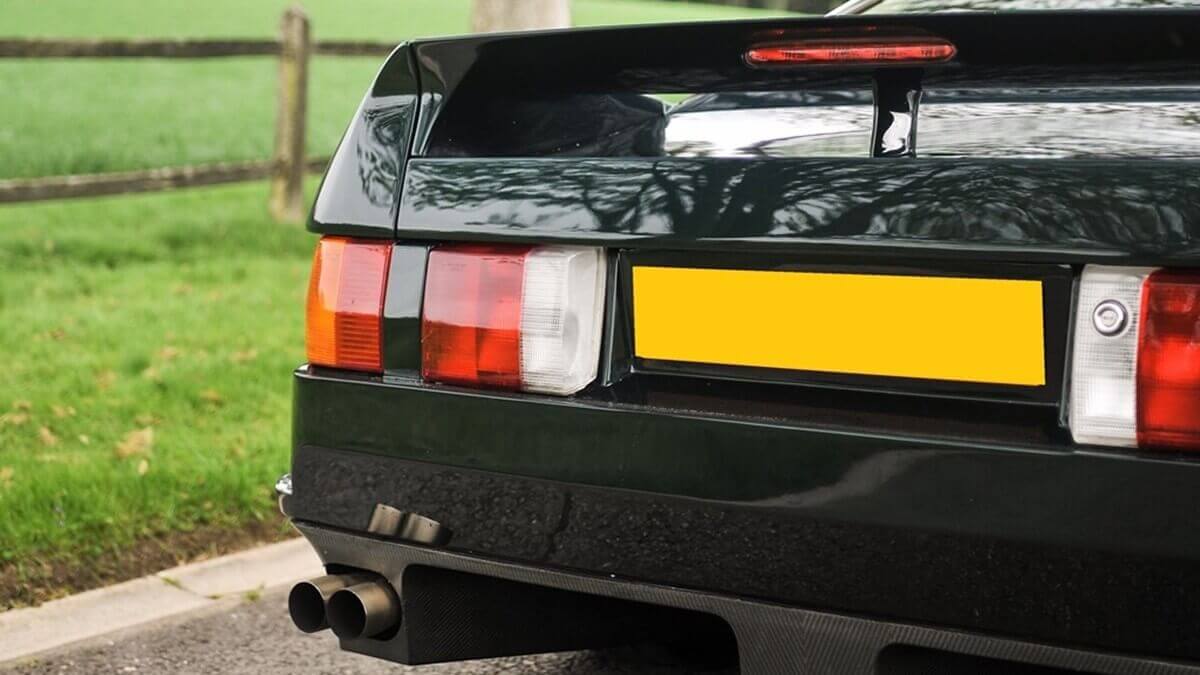 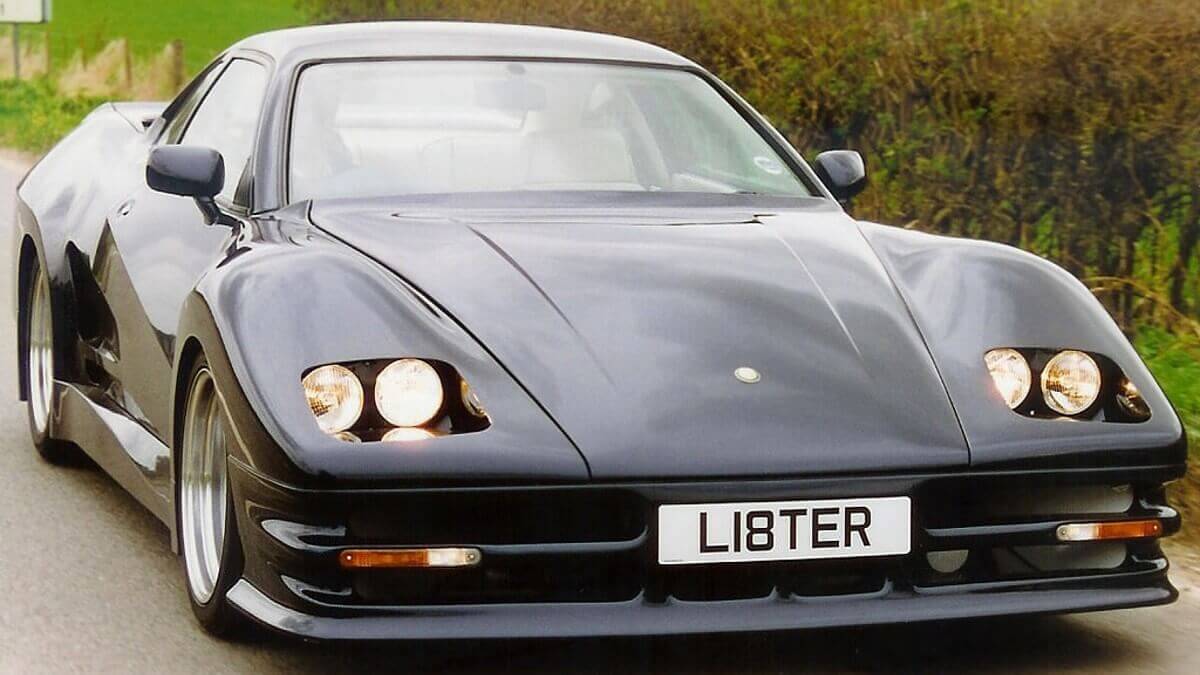 Design of the radical, edgy shaped bodywork has been done by Mike Hughes. He draw a flat front with headlights behind flaps and a bow-fold like edge from the front wheel up to the rear spoiler at the sides. Doors have been sourced from the Volkswagen Corrado but they got new aluminium panels. Some other parts like the bumpers are made from Kevlar. At the rear Hughes integrated lights from the Audi 80, which gave the Storm from some views the appearance of the IMSA-GTO racecar from Ingolstadt. Beyond the bodywork lies an aluminium honeycomb chassis.

The Lister Storm was also used in motorsports. In the beginning it started in GT1 class during 24 Hours of Le Mans 1995 against cars like the Ferrari F40, Jaguar XJ220 or McLaren F1 GTR, but couldn’t get through to the finishline due to technical problems. Realiability was an issue in the following years as well in 24 Hours of Daytona and the BPR Global GT Series 1996 as well as in redeveloped form with longer front as Storm GTL in GT2 category. In 1999 Lister got back to a more series like front of the car and the Storm GT started to score points and podiums. After a fifth place in the 1999 Championship it became the winner in 2000 in FIA GT and British GT and continued to win races until 2003. The last outing of a Lister Storm GT was in the 2006 FFSA GT Championship.

Lister only built four Storm roadcars. The pricetag of 220,000 GBP or 350,000 US$ was to high for the targetted field of customers. You could buy three Ferrari 456 GTs for the same amount of money back then. Today, according to various sources, only three of those four built cars are still in existence. One of them, the very last built one with chassis number 004, now is for sale in an auction at saturday at the legendary British racetrack of Brooklands. It is painted in a dark green metallic and shows a bi-color leather interior in tan and green. The auctioneers estimate the Storm to reach a high bid between 145,000 and 165,000 GBP.