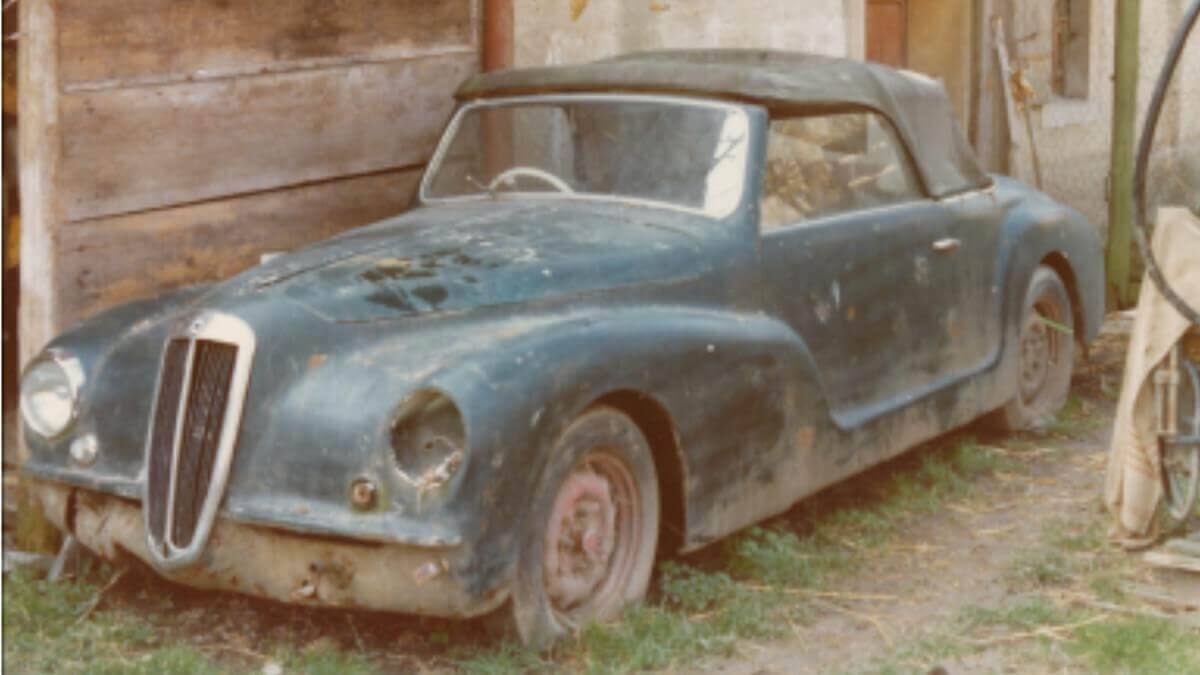 Directly after World War 2 people normally didn’t ask for special, luxurious cars with coachbuilt bodyworks. But there were quite some manufacturers offering them, either as a continued production from pre-war or as new developed cars. Within the first category was Lancia from Italy who continued producing the Aprilia from 1937 without many differences. Under the bonnet lies a V4 engine with narrow banking and one single cylinder-head. This engine at first showed 1.35 and later 1.5 litres displacement with up to 36 kW/49 PS.

Next to the standard sedan version Lancia offered bare chassis for coachbuilders, who often made Coupés from them. Only a few numbers of Convertibles ever existed. By the way: All Aprilias are right-hand drive as Italy drove on the left side of the road – until 1926. It was the last model developed under founder Vincenzo Lancia. Until the new Flavia was shown in 1960 there wasn’t any Lancia model in this class. Because of new technologies like independent suspension all around the sales numbers grow slowly. 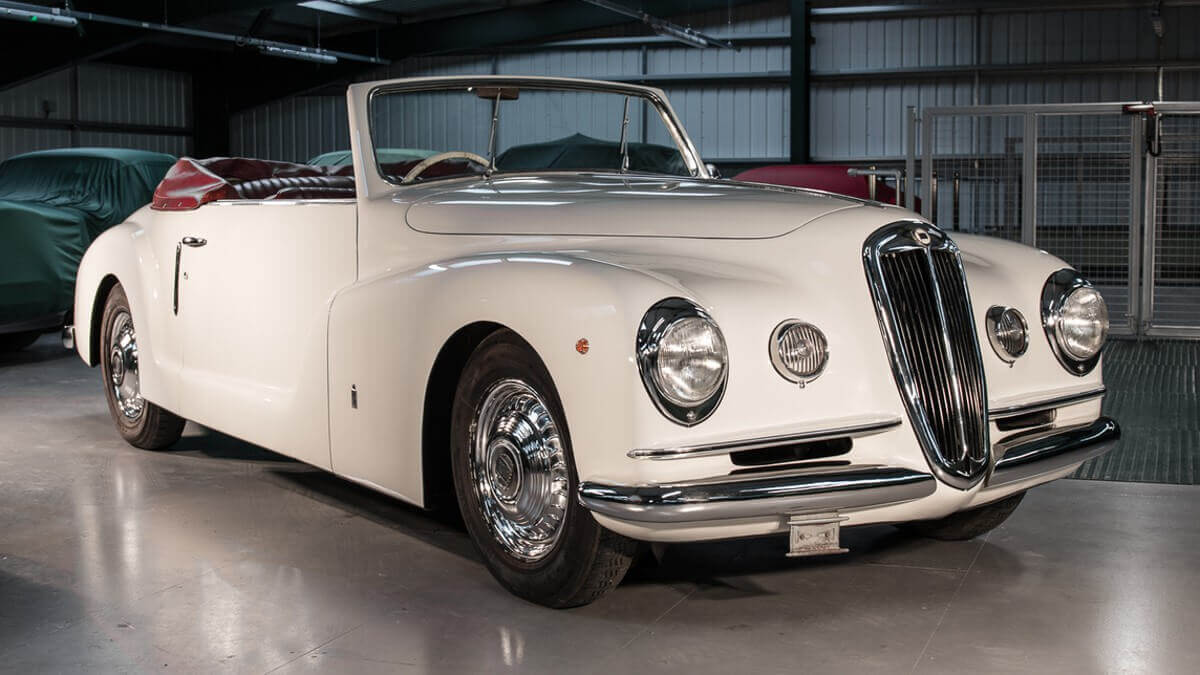 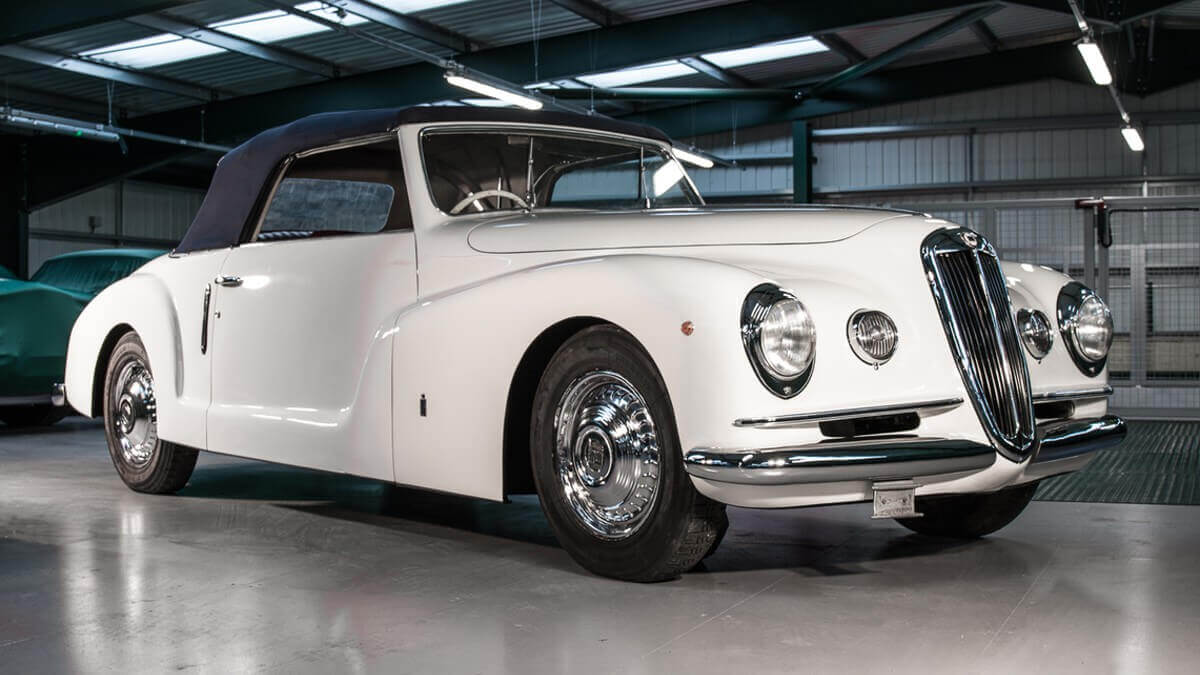 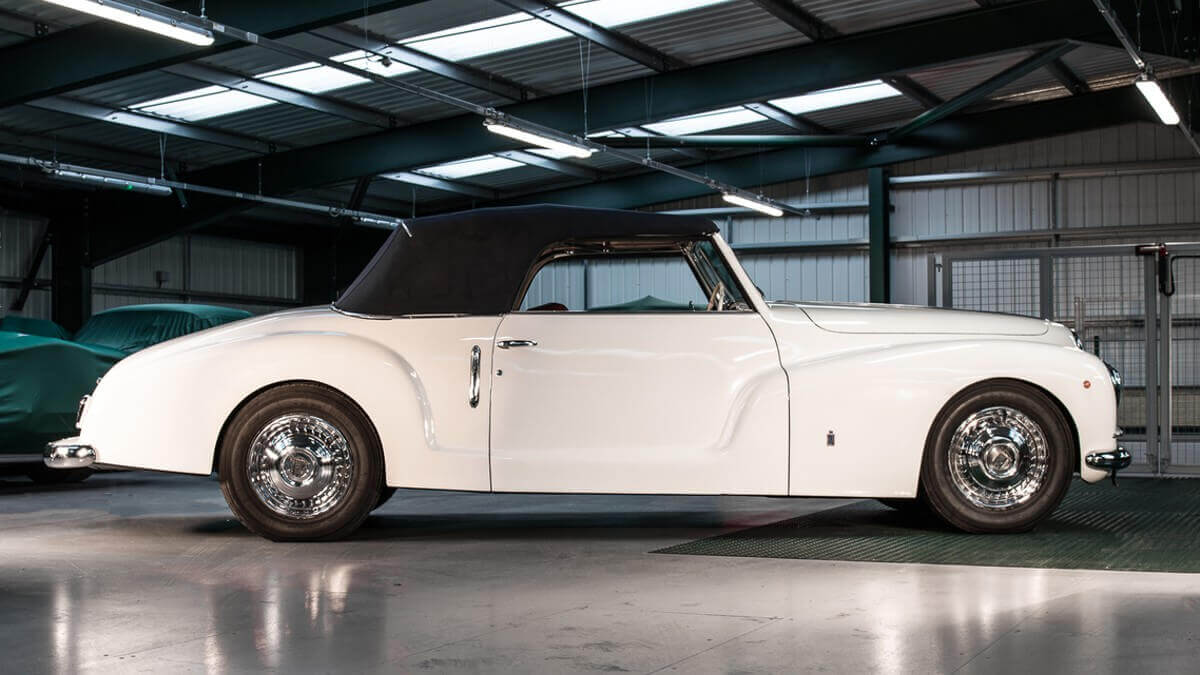 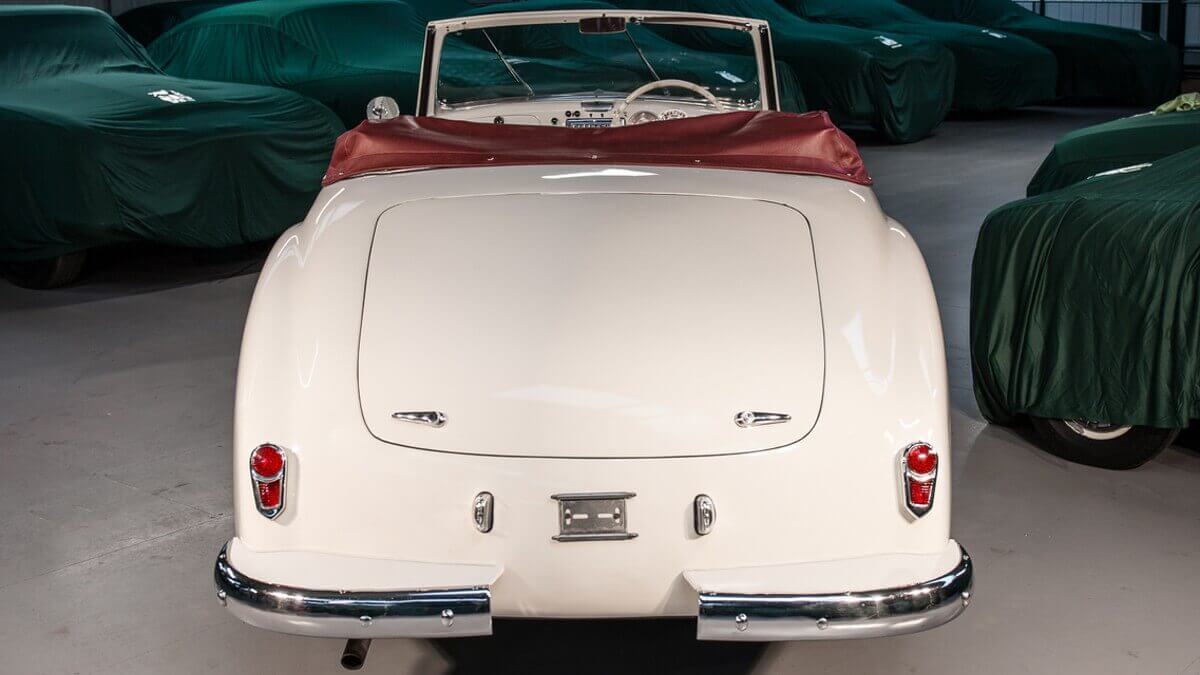 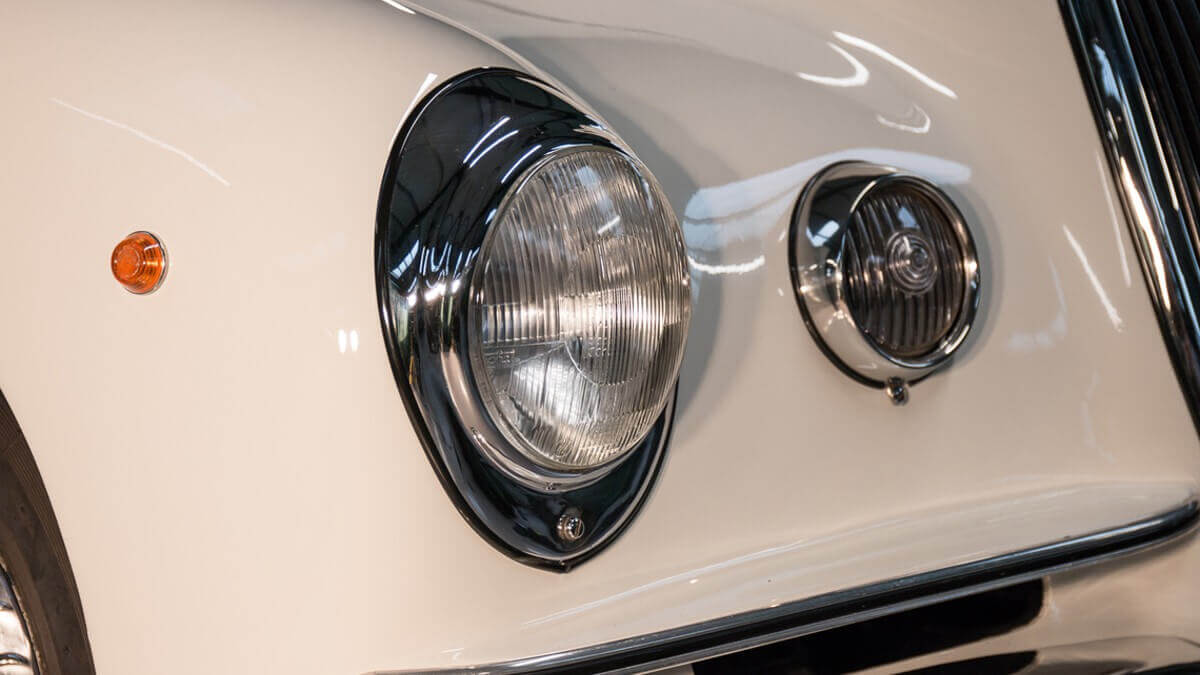 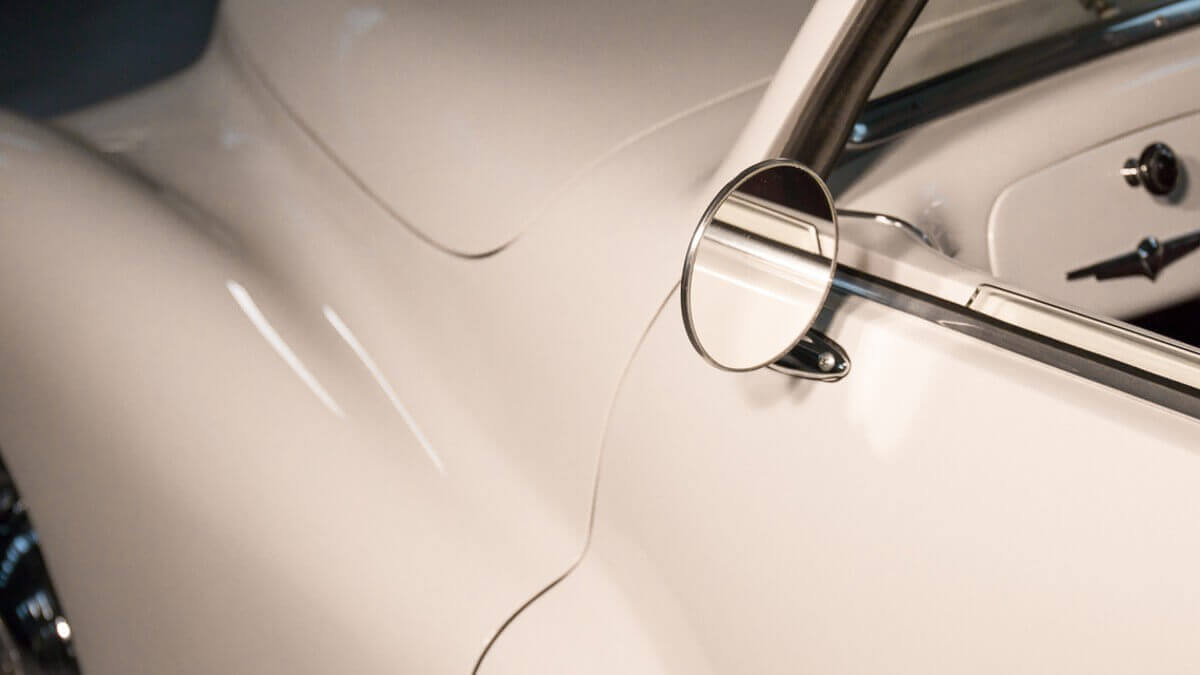 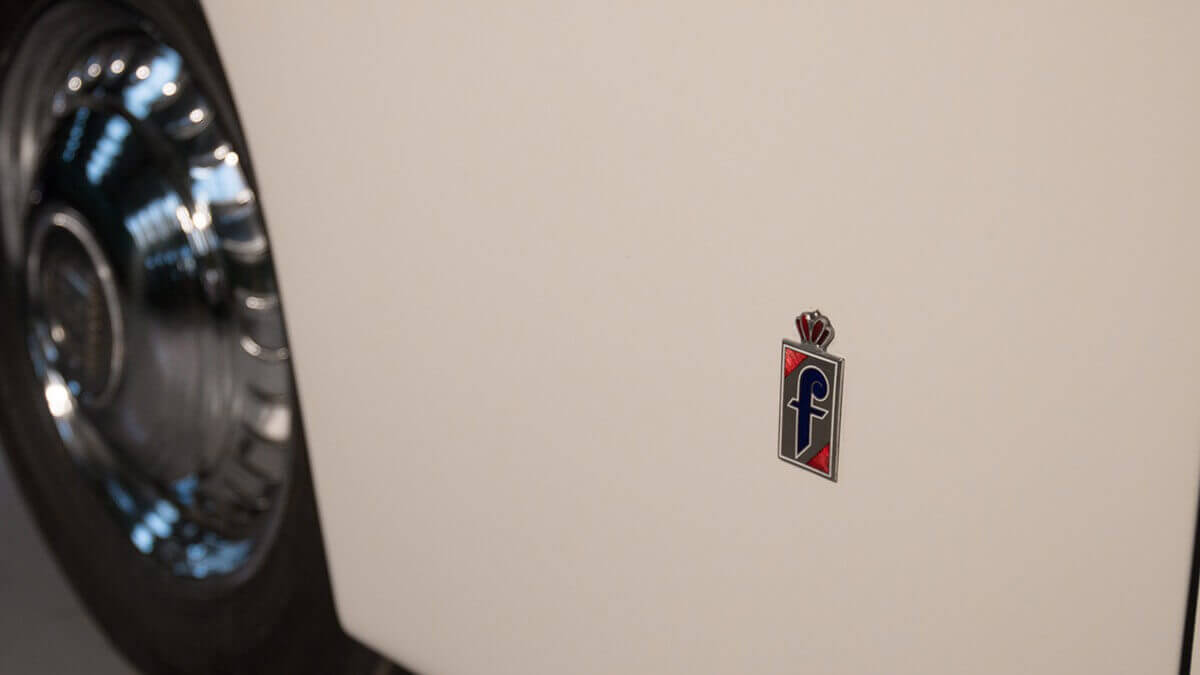 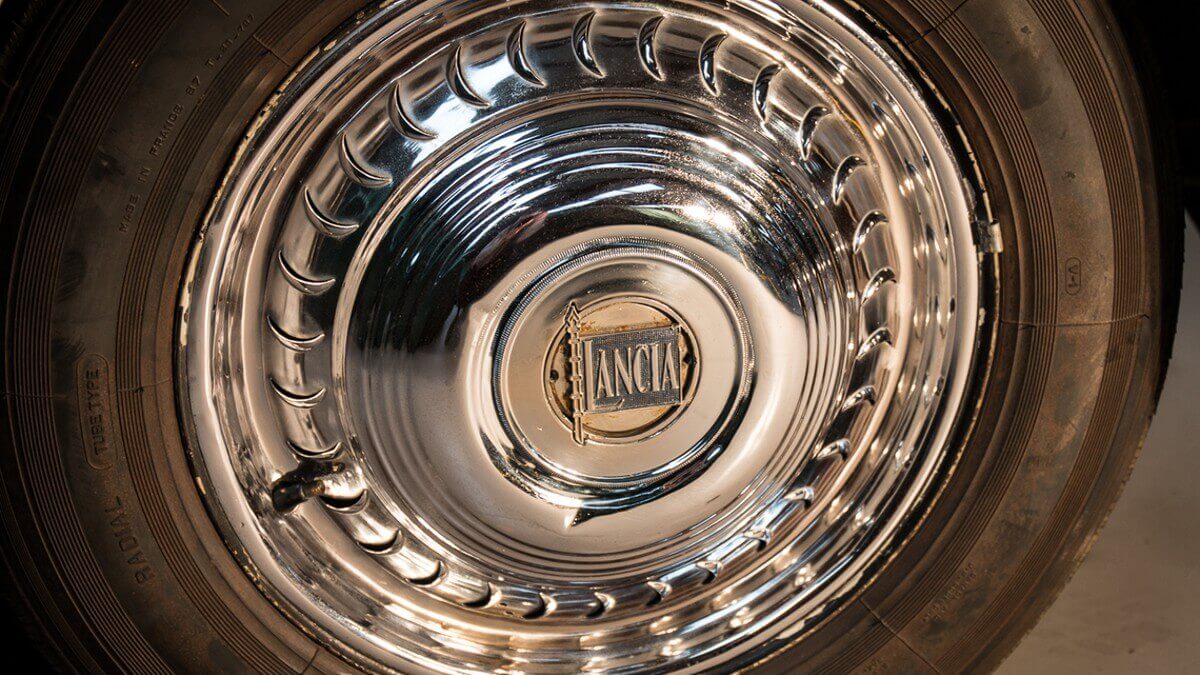 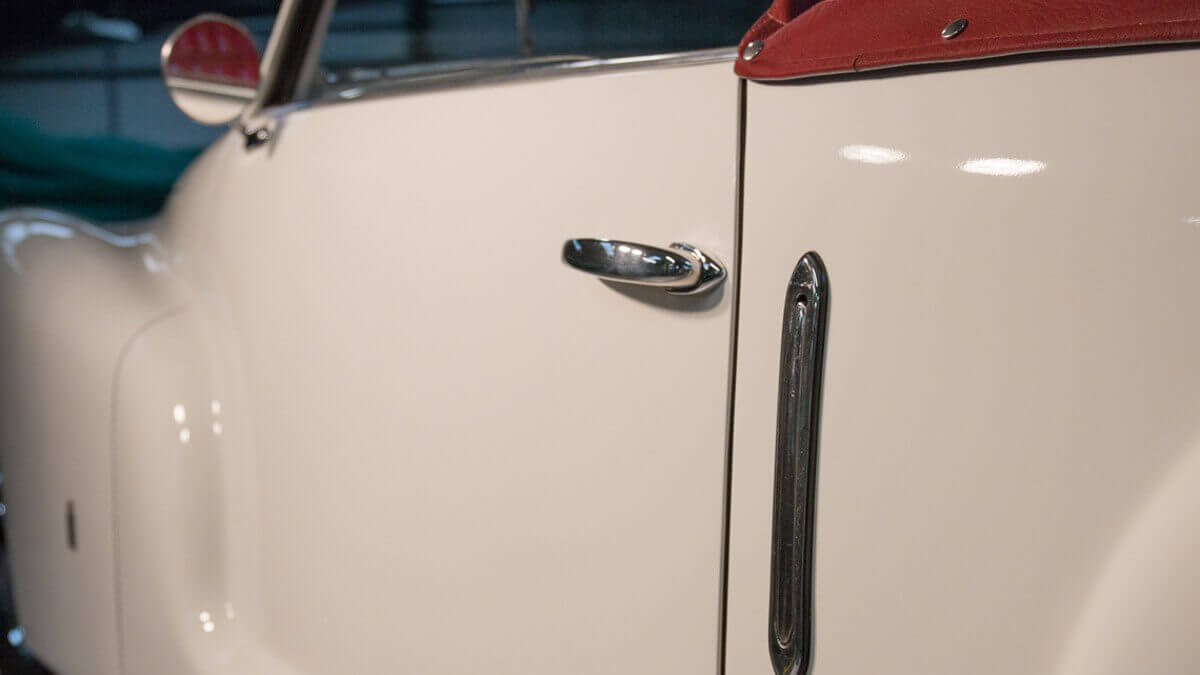 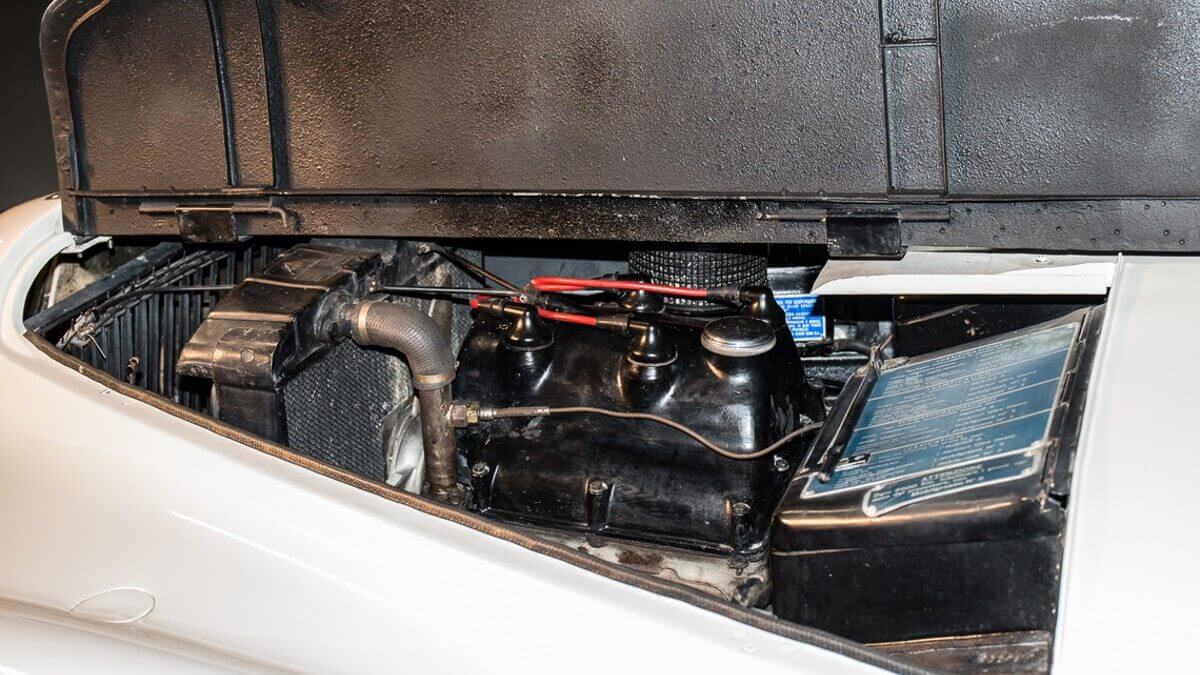 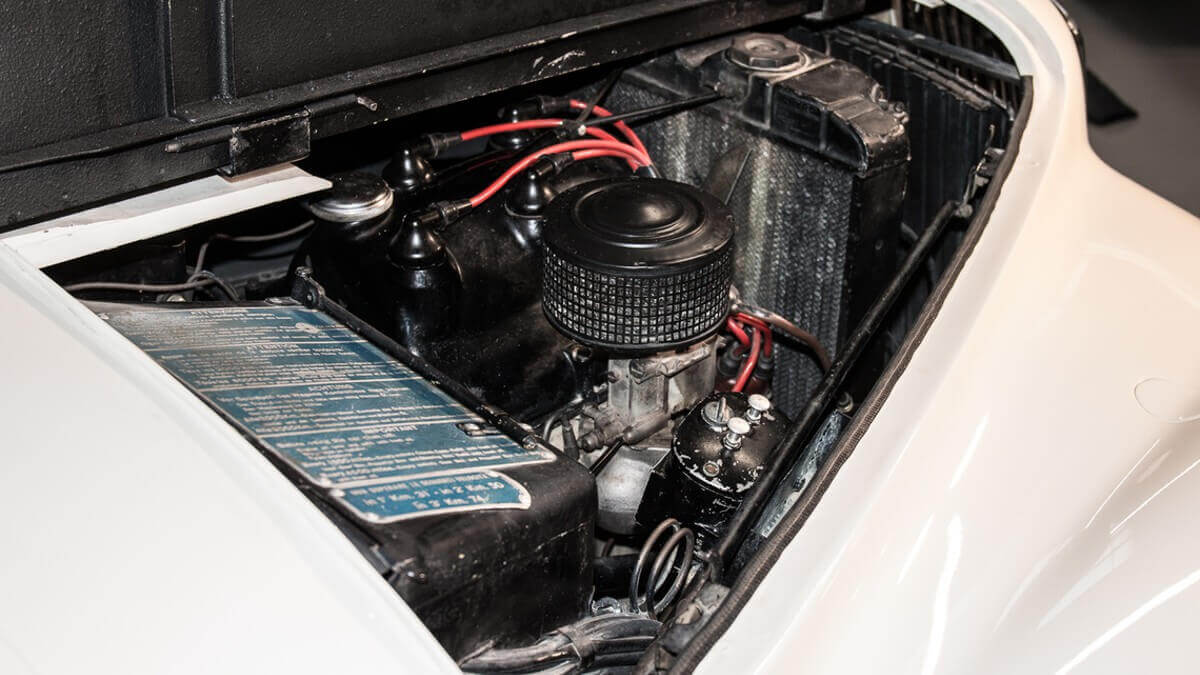 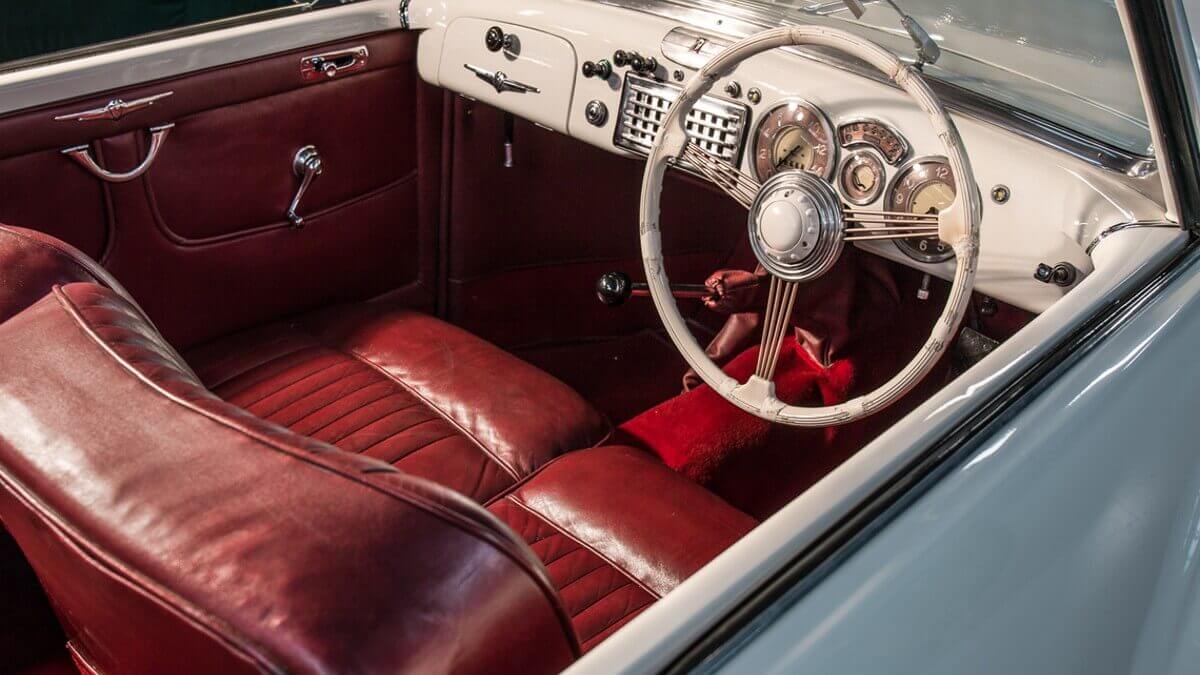 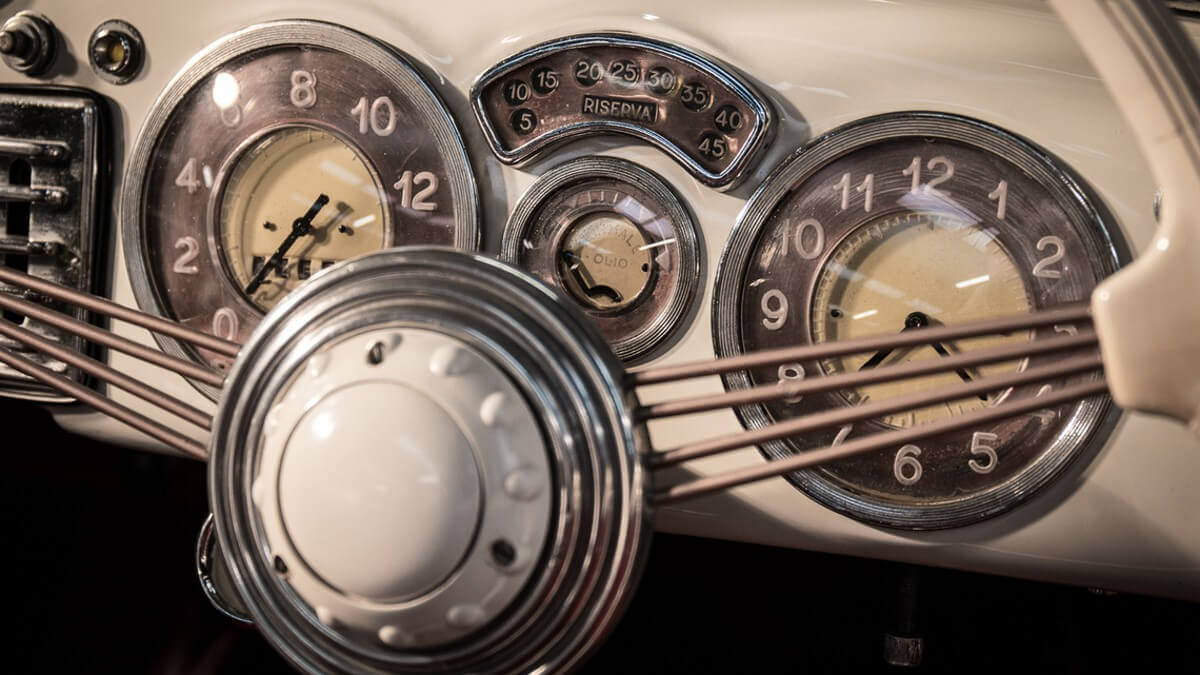 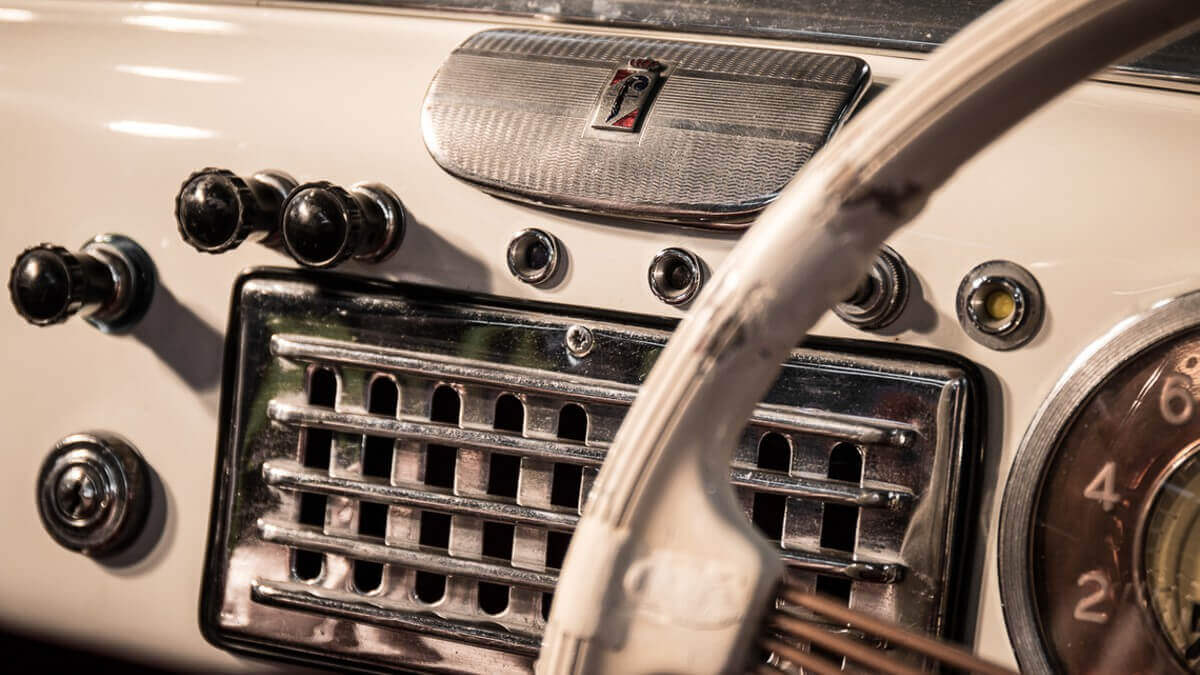 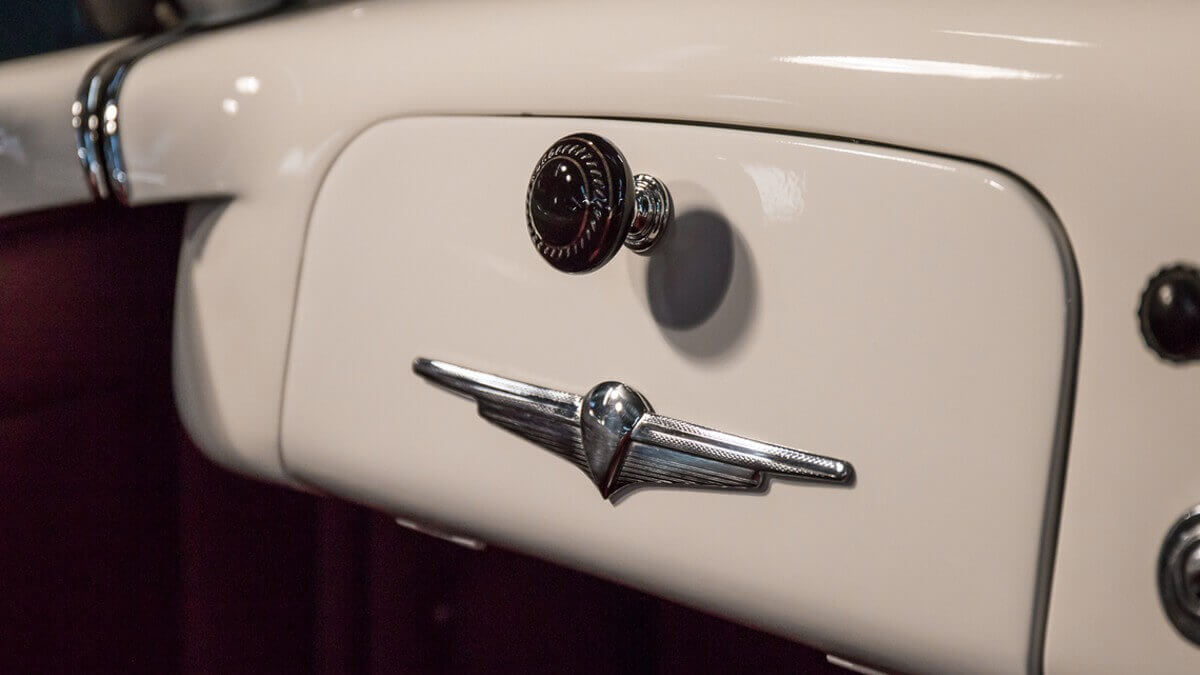 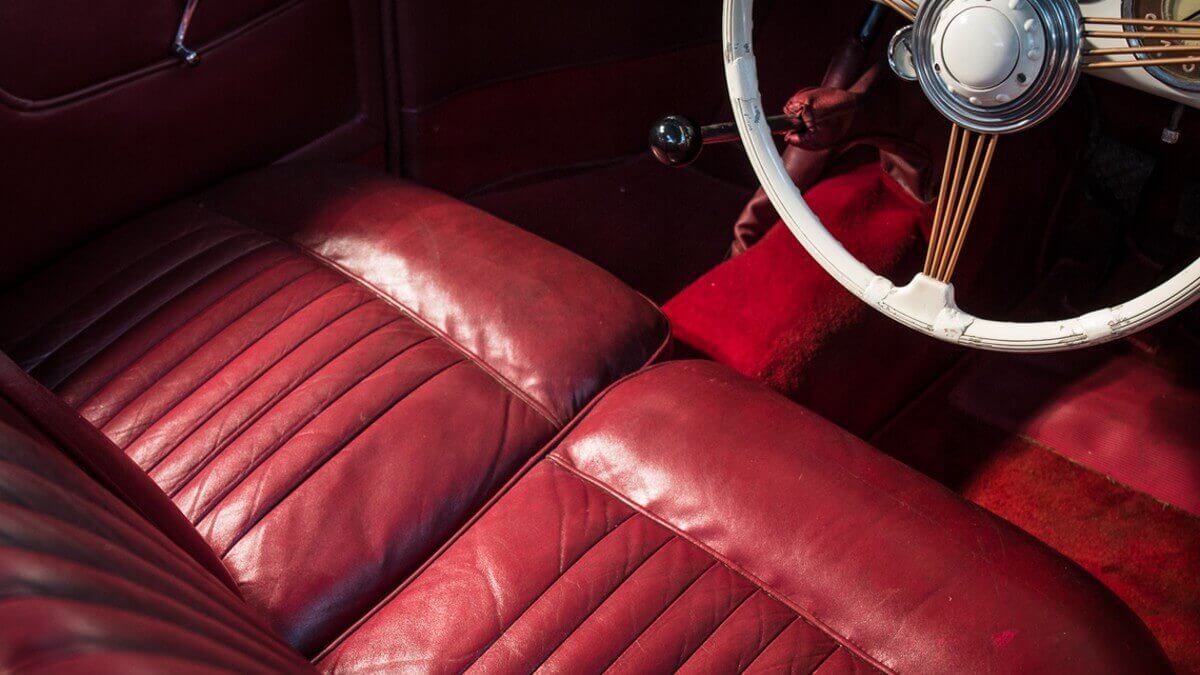 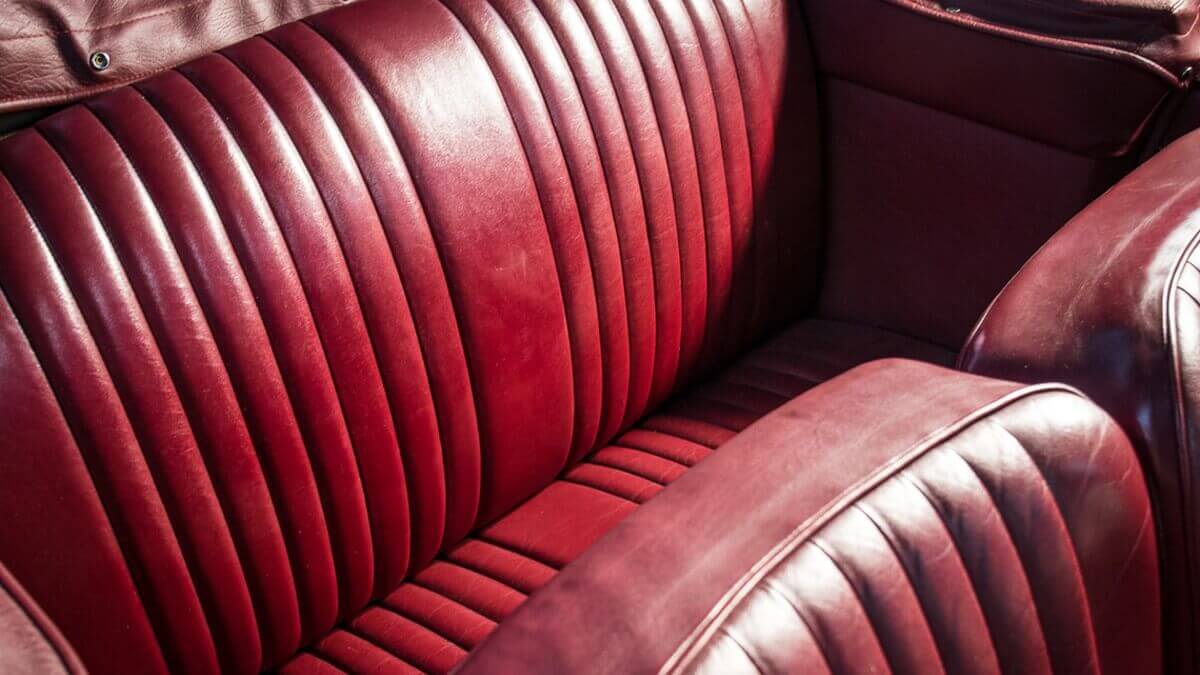 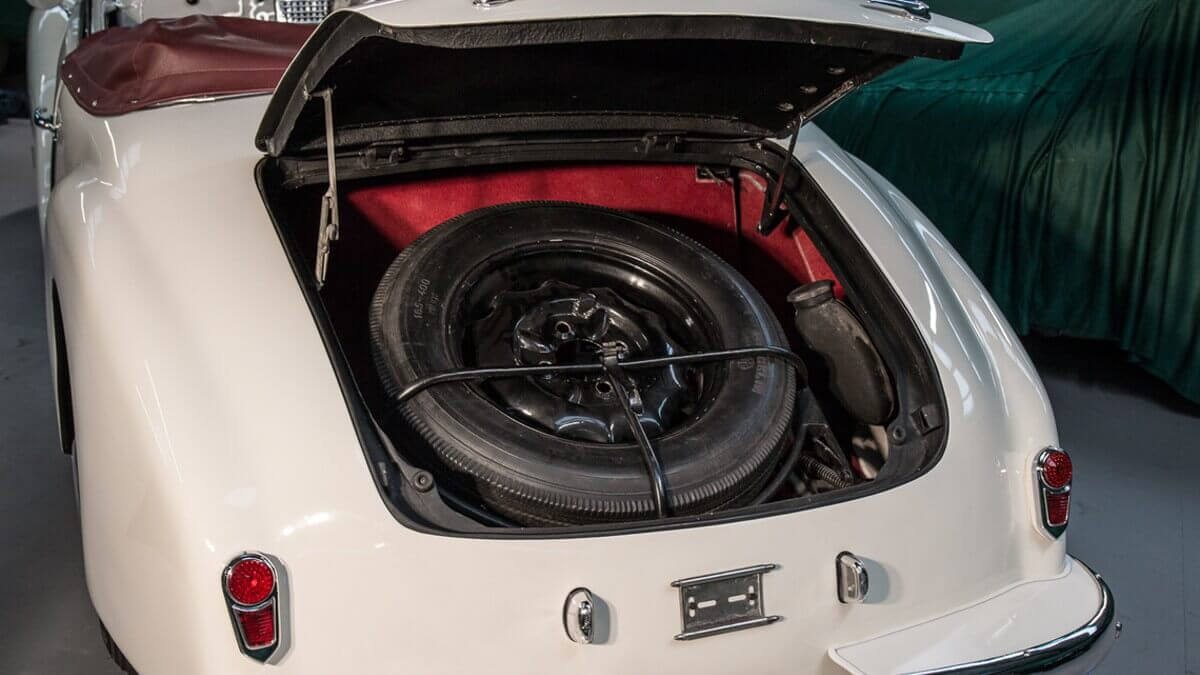 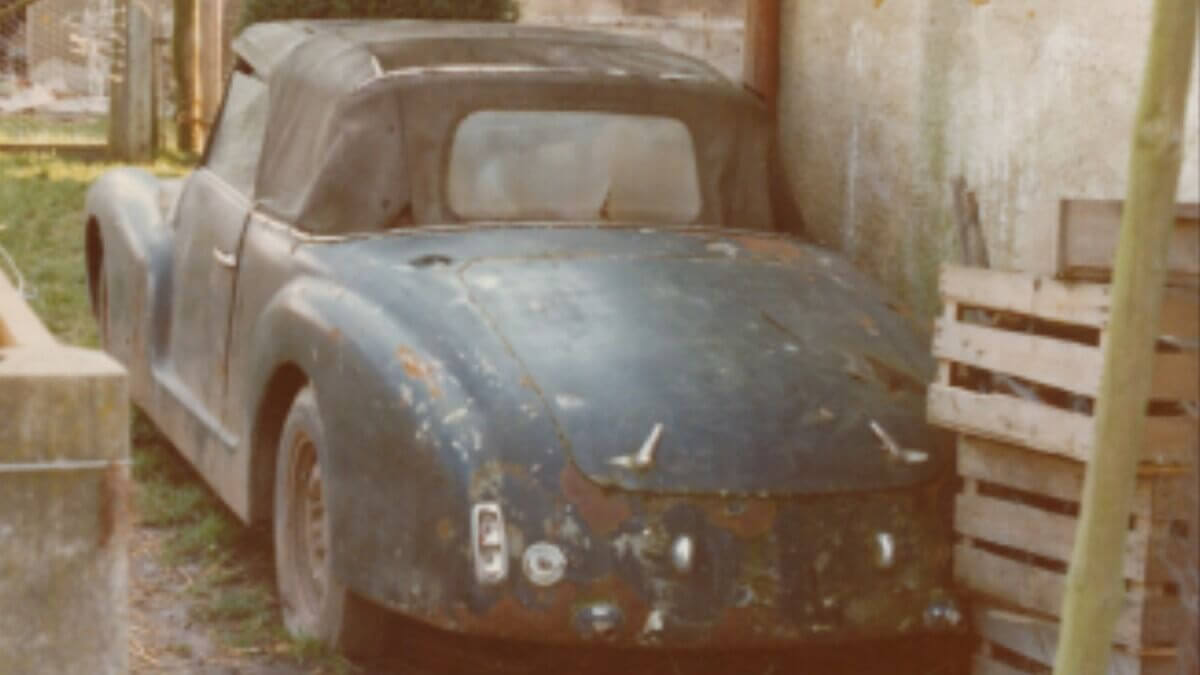 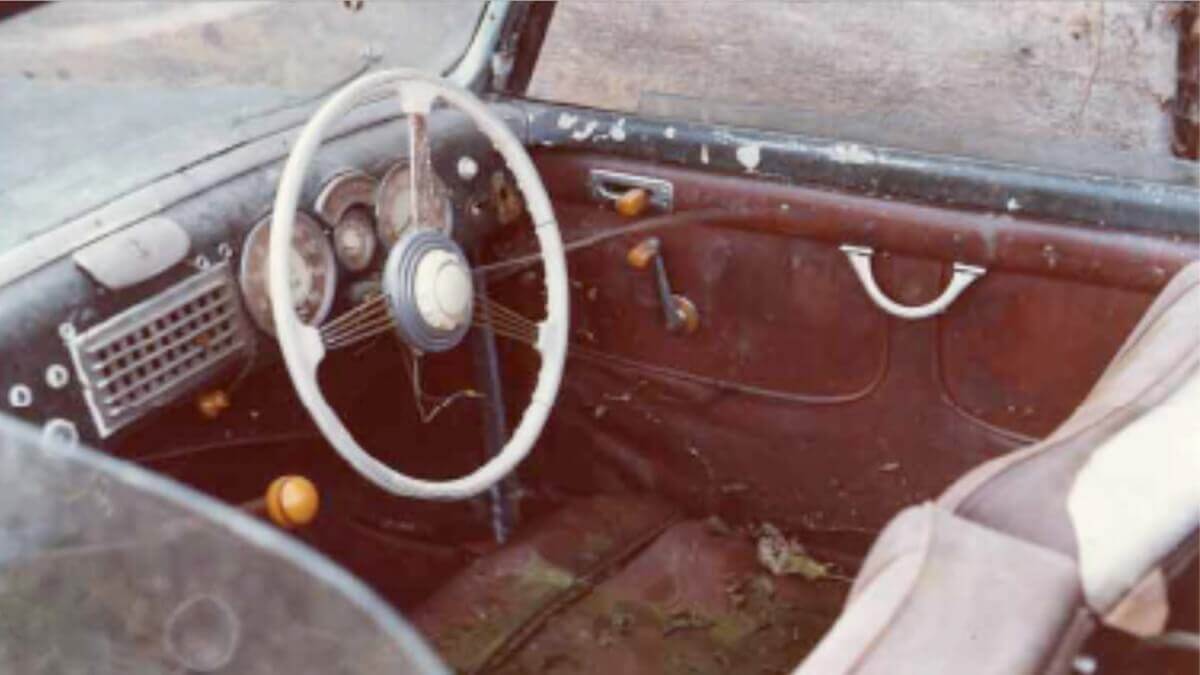 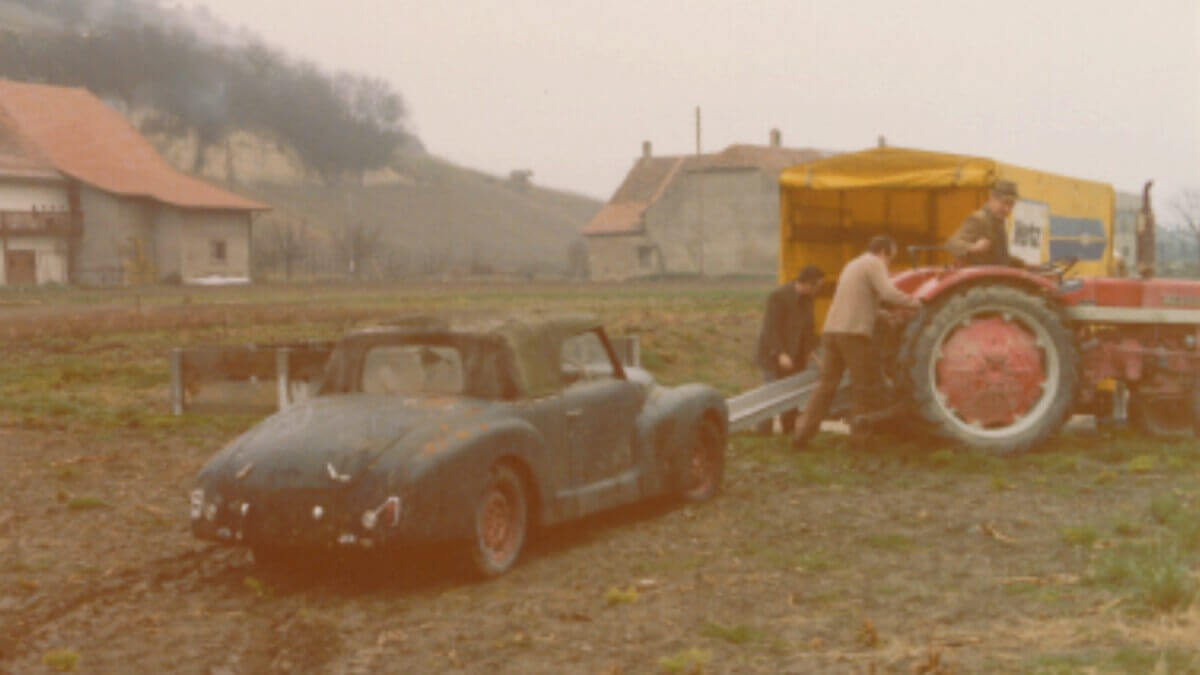 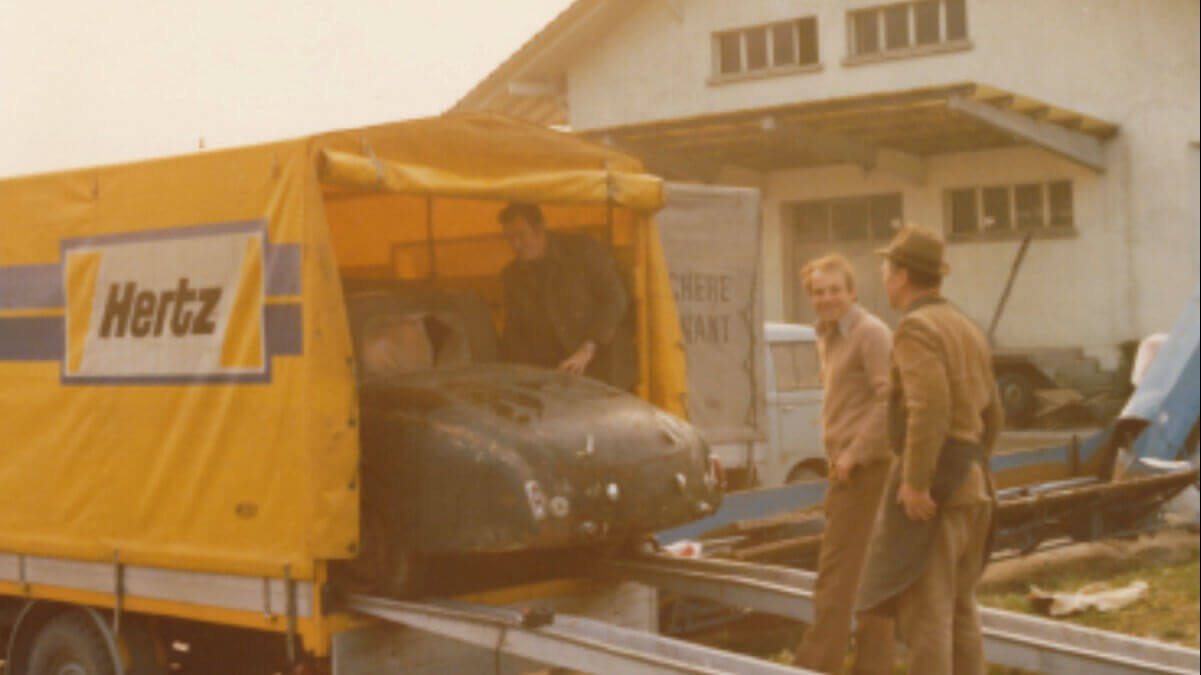 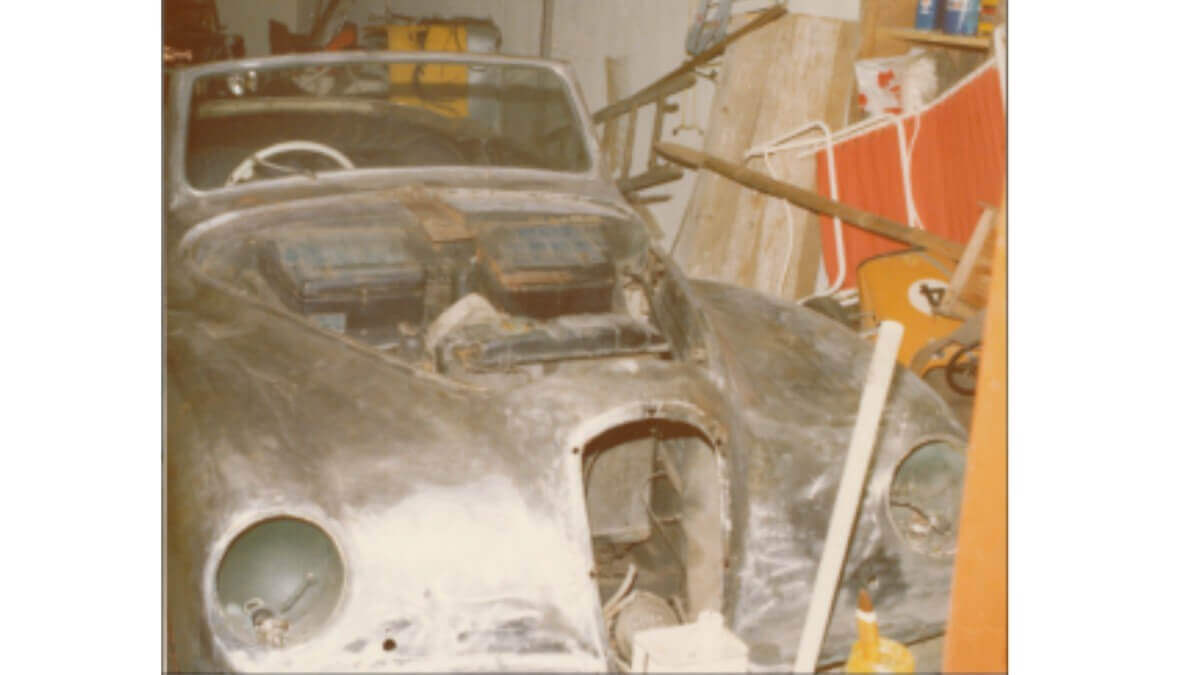 From 27,636 built Lancia Aprilia only ten got a special Convertible bodywork through Battista Farina, who later changed his name to Pininfarina (his nickname was Pinin Farina, the small Farina). Chassis number 439-11854 is one of these ten and was delivered new to Switzerland in late 1946. Compared to the typical designs of its time it doesn’t have a long bonnet but a short one with bigger passenger compartment with a 2+2 seater configuration. In front of the driver sits a nicely designed dashboard with three dials and just a handful of buttons.

In 1946 the first Paris Motorshow after the war took place and was a big success with around 806,000 visitors – double than in 1938 and despite the banning of Japanese, German and Italian manufacturers. Battista Farina and his son Sergio had other ideas and drove an Alfa Romeo 6C 2500 Speciale and the Lancia Convertible on road to the French capital city. There they cleaned the cars and drove to Grand Palais. Without access to the show floor they parked at Avenue Winston Churchill exactly in front of the Grand Palais where they had to be seen by every visitor. The organizers couldn’t do anything and the two cars became the inofficial stars of the show.

If the car in our pictures really was the Paris showcar or not can’t be said for sure. It was produced in late 1946 and new registered in Switzerland in January 1947. Decades later Mr Jean Pierre Baumgartner found it in a field near a barn in Switzerland as a wreck, bought it and started an extensive restoration project. It took five years to bring the car back to its former glory, two years for the bodywork alone. It was painted white, fitted with a darkblue mohair roof and got a wine-red leather interior. Two more owners followed of which the latest now offers the Lancia via Silverstone Auctions in their May Sale at May 19th at the Grand Prix Circuit of Silverstone. Estimate is between 220,000 and 250,000 GBP.