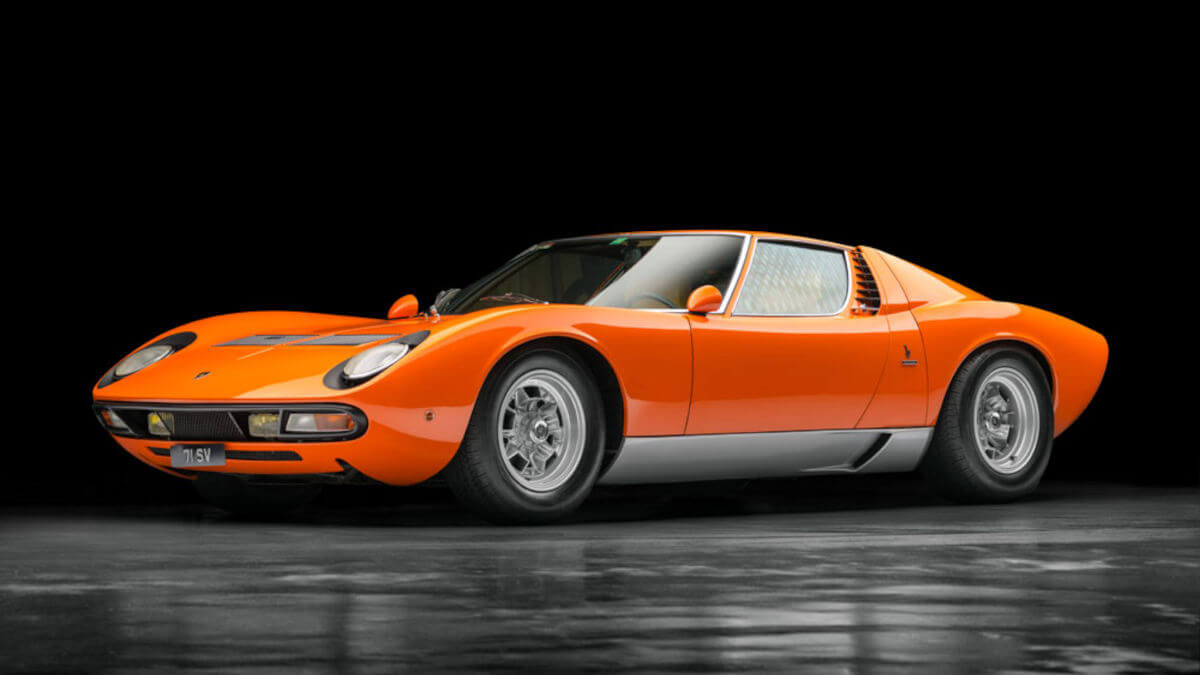 The Lamborghini Miura undoubtedly occupies a prominent place in the list of legendary sports cars of the post-war era. Between 1966 and 1975, a total of 765 examples of this first mid-engine supercar were built for the then young Italian brand with the bull in its logo. The original Miura P400 was followed in 1968 by the technically improved and 20 hp more powerful Miura P400 S, which was produced for two years parallel to the P400 and finally for one year singular. Nevertheless, the S remained the rarest offshoot with just 140 units. The final farewell was the Miura P400 SV, which was launched at the Geneva Motor Show in 1971 and produced until April 1975. It had a wider body at the rear, no ‘eyelashes’ on the headlights and a power output increased to 385 hp.

The 3.9-liter V12 engine was unusually positioned transversely in front of the rear axle. At that time, however, the company didn’t have as much experience with the mid-engine layout as it does today. In addition to this layout, the Miura at Lamborghini also laid the foundation for wild paint colors. In addition to blue, white, silver and black, there were many vehicles that left the Sant’Agata plant in yellow, orange, green or red. In many cases, the sill trim was also given a contrasting paint finish in gold or silver. A beautiful car in the color ‘Arancio Miura’ (orange) from the early days of the SV is currently for sale at Kidston in Switzerland. 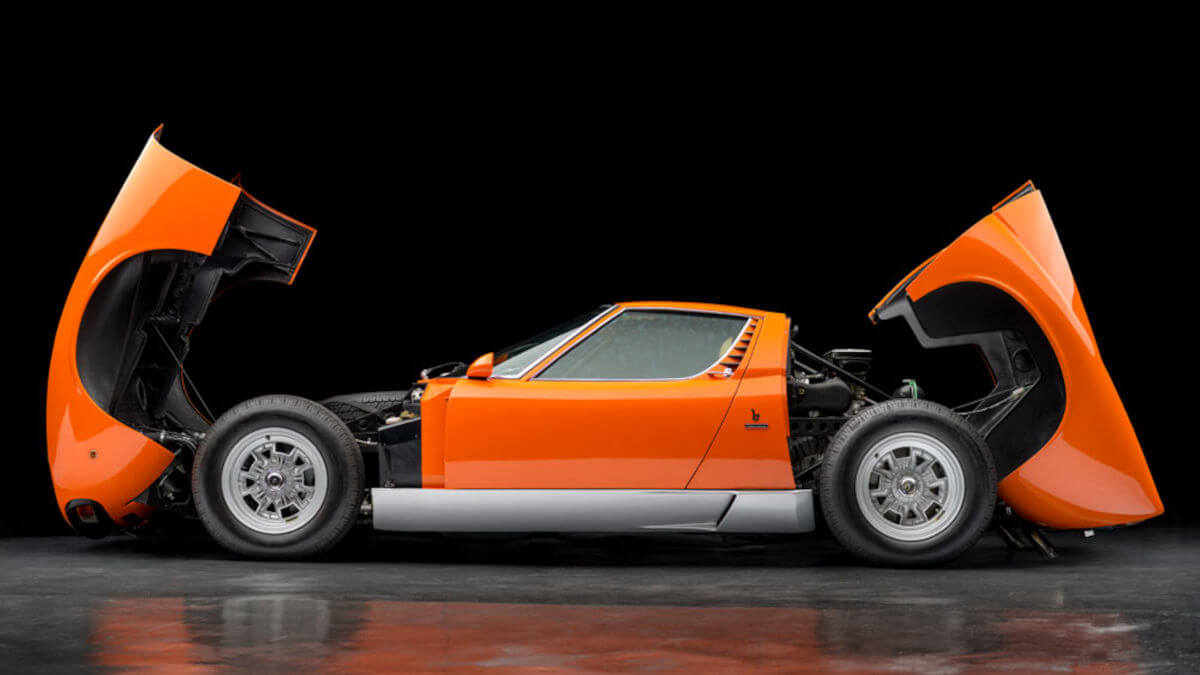 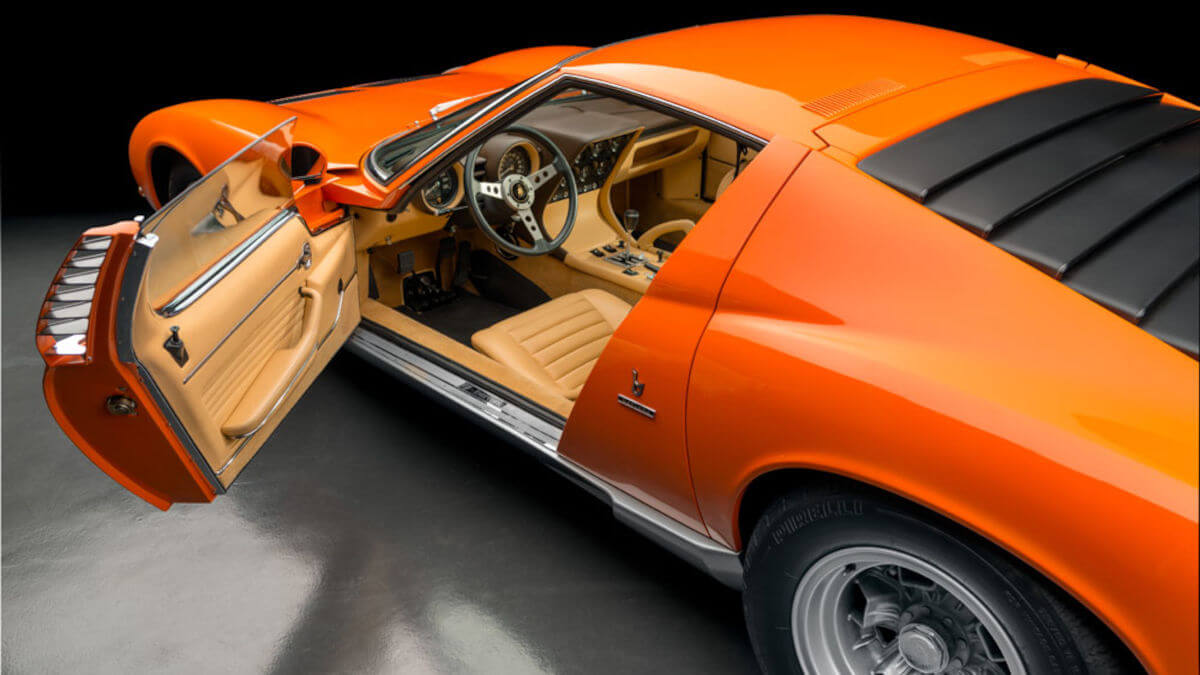 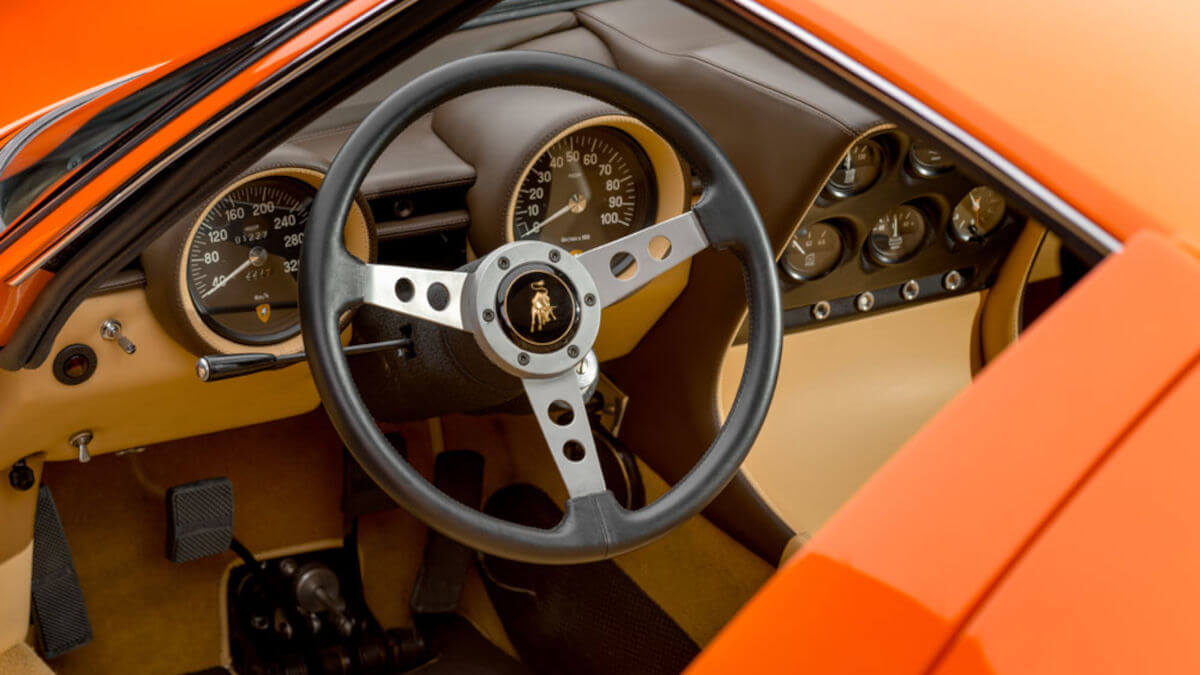 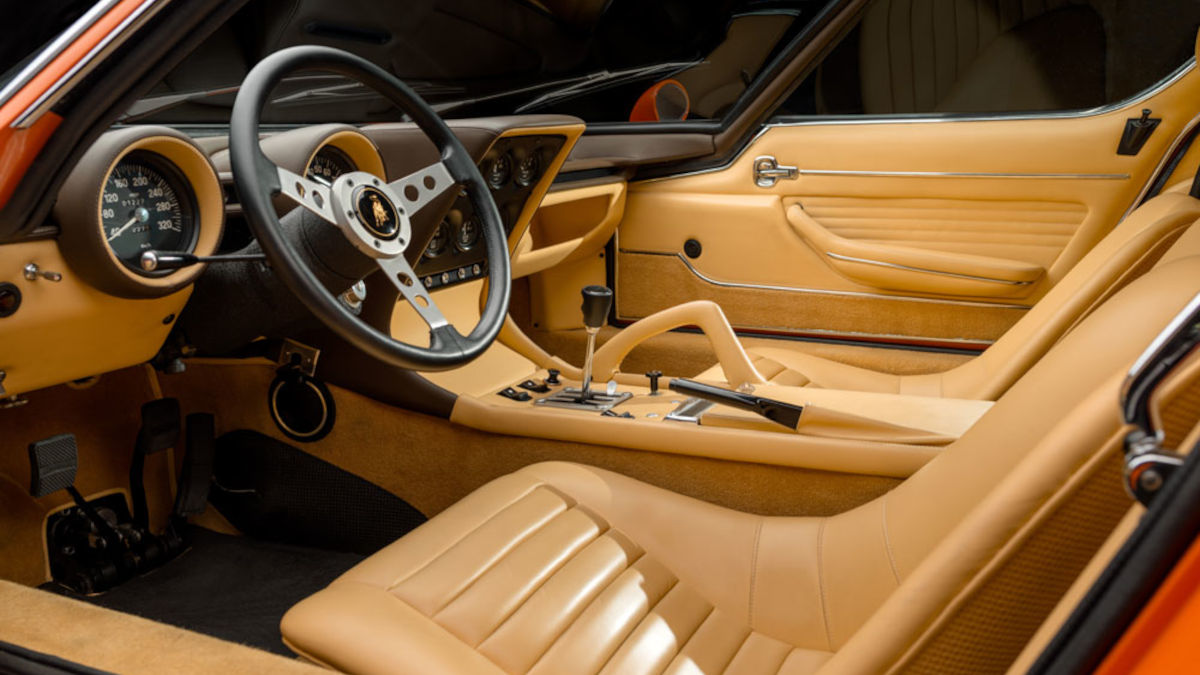 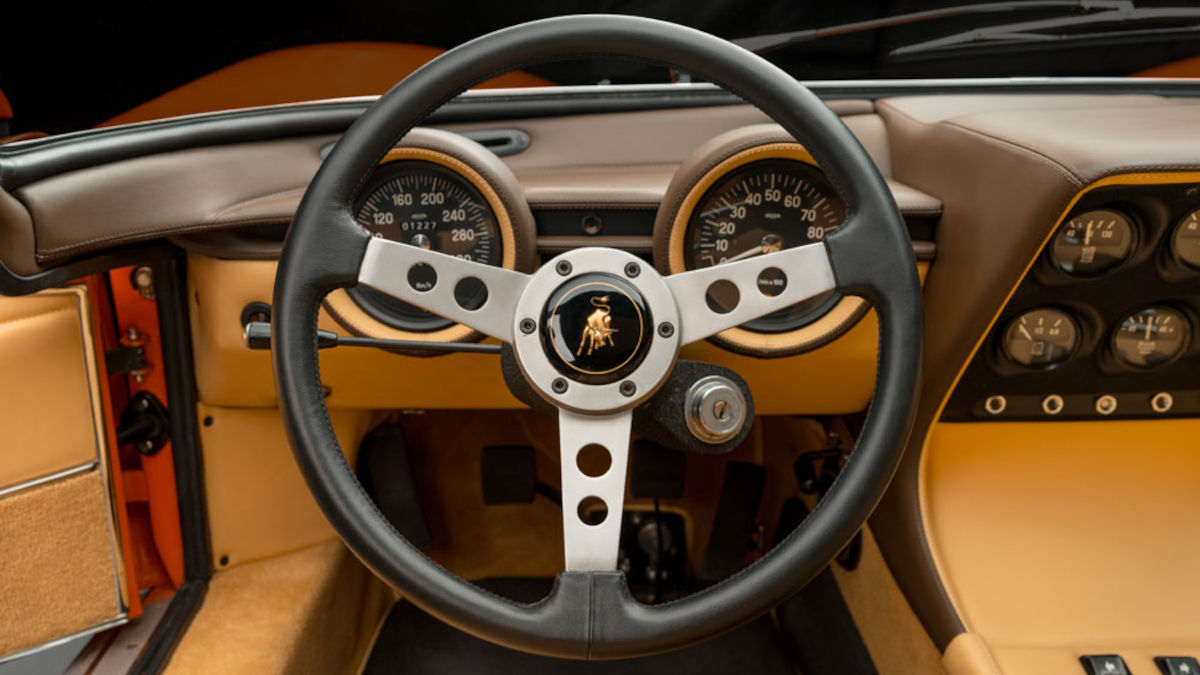 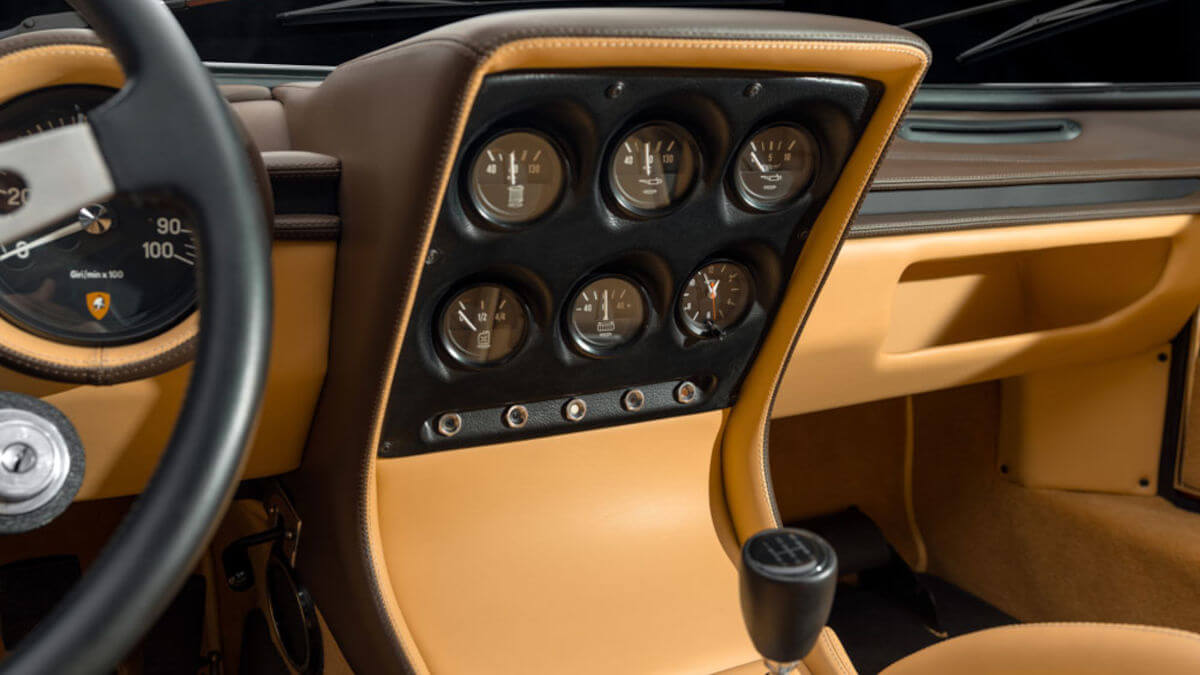 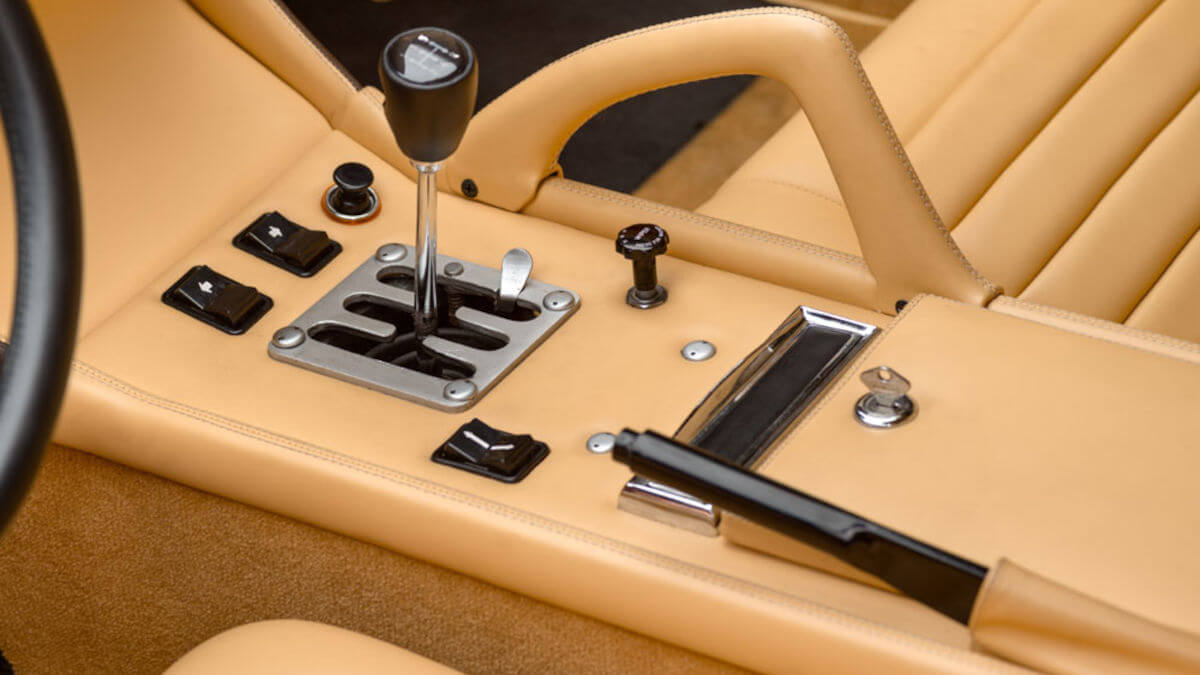 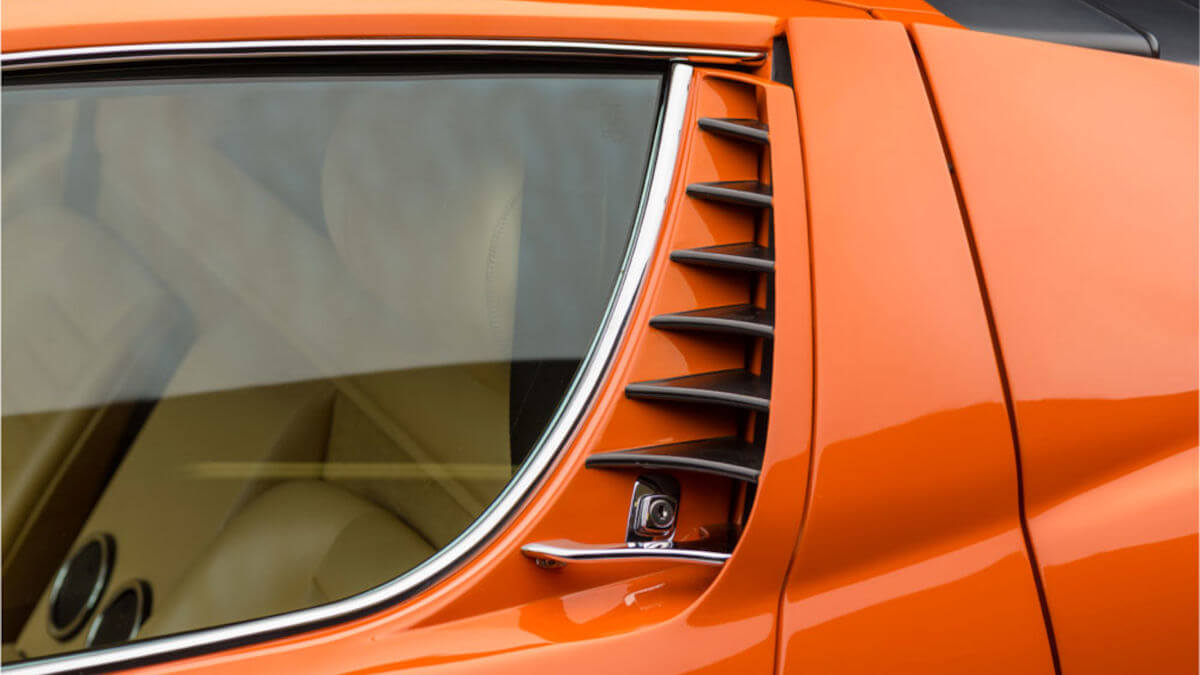 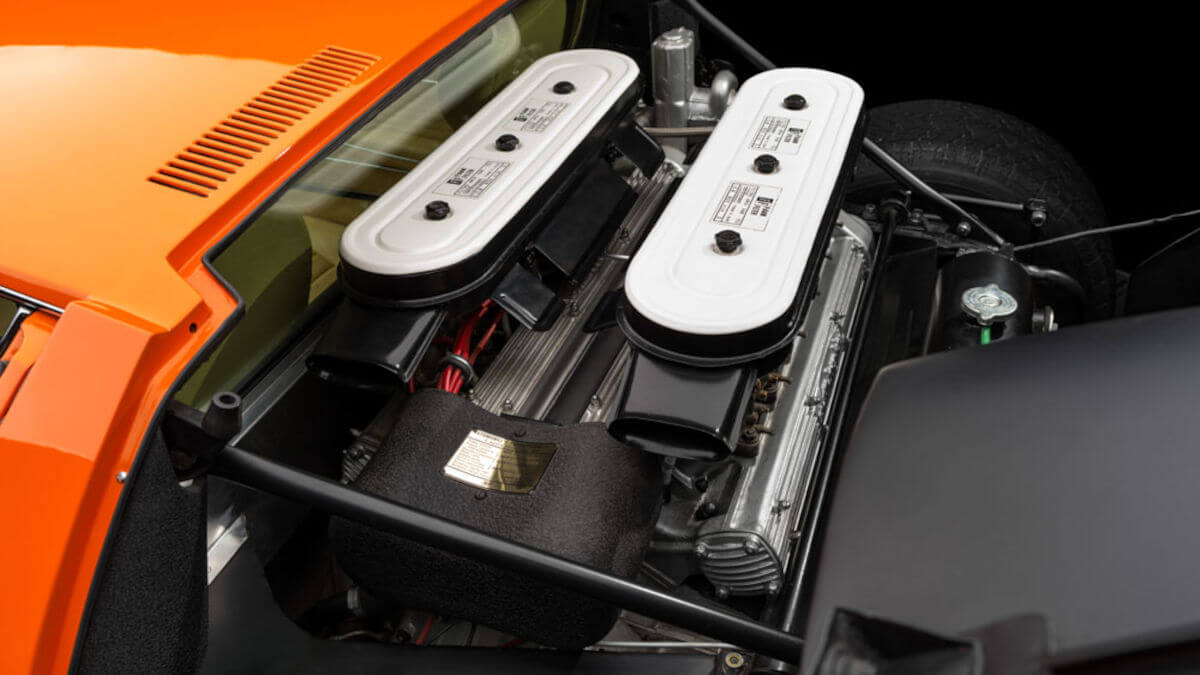 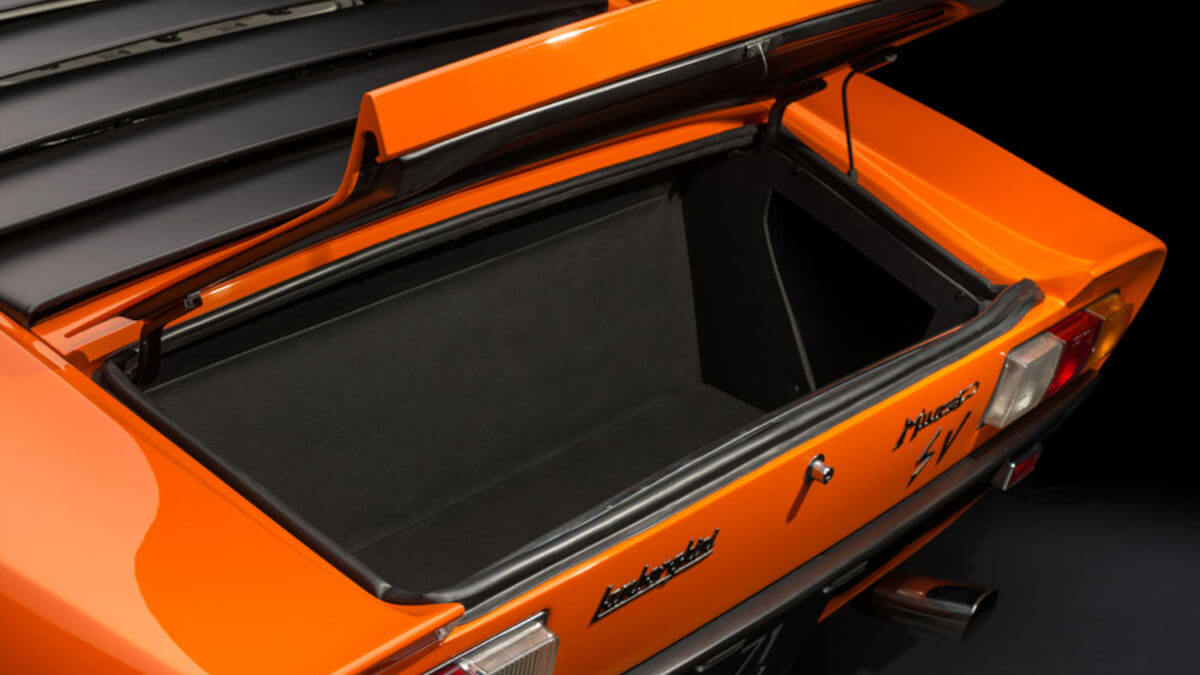 On the basis of original production documents it can be proven that the Miura SV with chassis number 4854 was delivered to the then German Lamborghini general agent and well-known racing driver Hubert Hahne in mid July 1971. It is one of the first 25 SVs built, which, thanks to German specifications, has no ‘ears’ on the central wheel nuts and, above all, no side marker lights. Interestingly, the factory documents also prove that the car was produced in ‘Arancio Miura’, but then handed over to the first owner Albert Schmalbach in Braunschweig in ‘Luci del Bosco’, a medium brown tone. Such last-minute repaintings were more frequent at that time in order to be able to quickly satisfy customer requests. The leather interior in ‘Goby’ (sand beige) and ‘Testa di Moro’ (dark brown) matched both paint colors.

After two years the Miura SV changed hands and went to Berlin. Another four years later, Doris Kohlenbach from Neuendorf in northern Germany bought the car before it went to Peter Kaus, the founder of the famous Rosso Bianco Collection, in the early 1980s. There the Miura stood together with numerous racing and sports cars for the next three decades. During this period, the car was also repainted in red. After Peter Kaus abandoned his efforts to find new premises for his museum in 2006, he sold his collection. Kidston purchased the Miura SV for a client in 2014 and commissioned a careful restoration including repainting to the original Arancio Miura. In May 2016, the total sum of these works finally amounted to a full € 271,324. Kidston is now looking for a new owner.