Production of the Jensen Interceptor stopped in 1976. But the sports coupé still has its fans until today. Companies like Jensen International Automotive (JIA) offer extensive restoration works but also modified cars like the S and even more powerful R variants.

While the Interceptor S with its 6.2 litre GM V8 and 430 bhp (436 PS) instead of the old Chrysler-engines in the original car already is powerful and reliable, there is another level with the Interceptor R Supercharged on offer. This car ups the power output to 560 bhp (567 PS) which are delivered to the rear axle via a six speed automatic. JIA also tunes the suspension with a modern independent rear suspension as a swap for the original live rear axle. The car also gets an ABS system, modern power steering and a traction control. 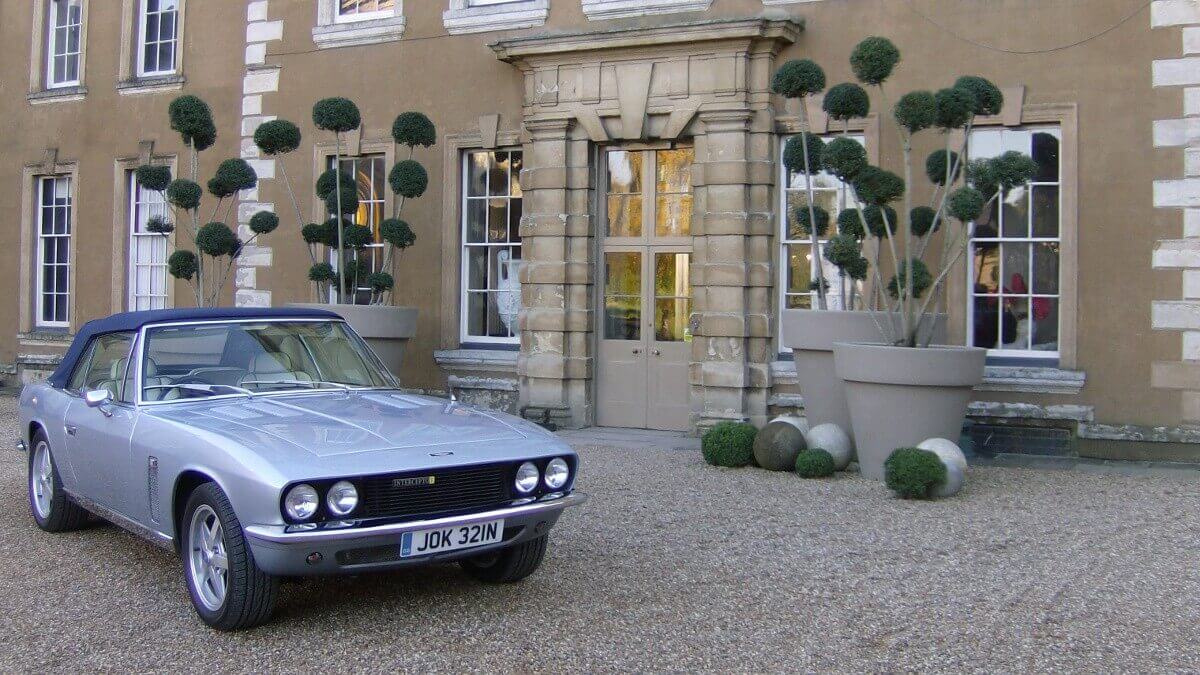 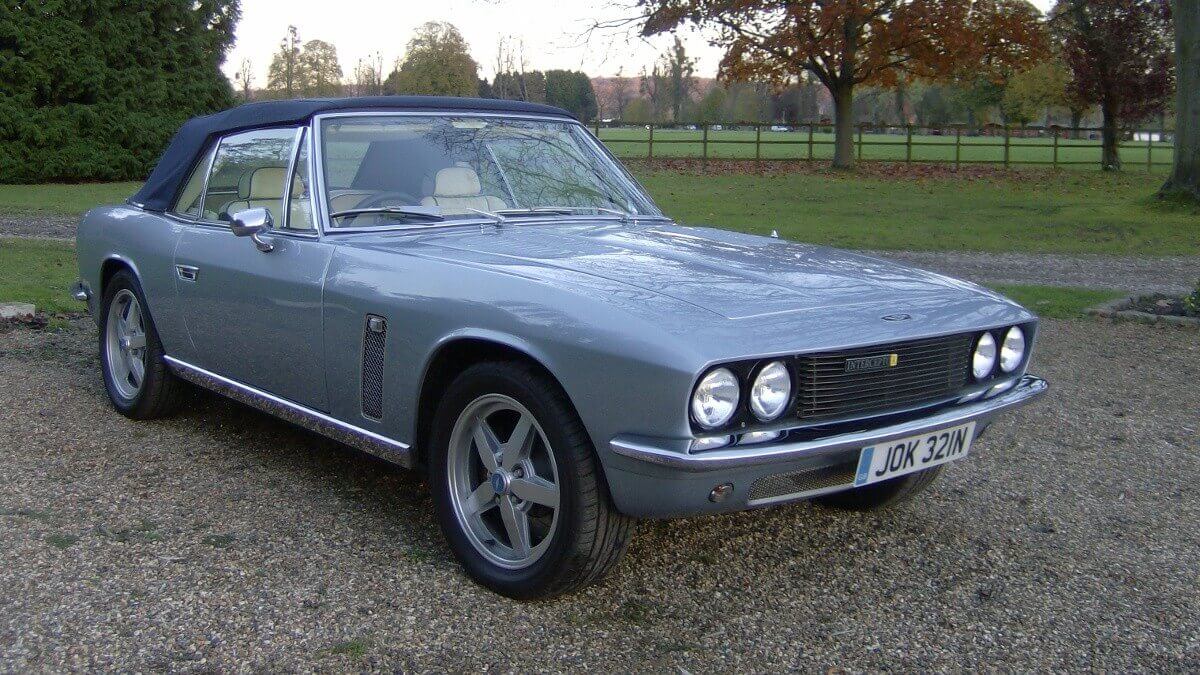 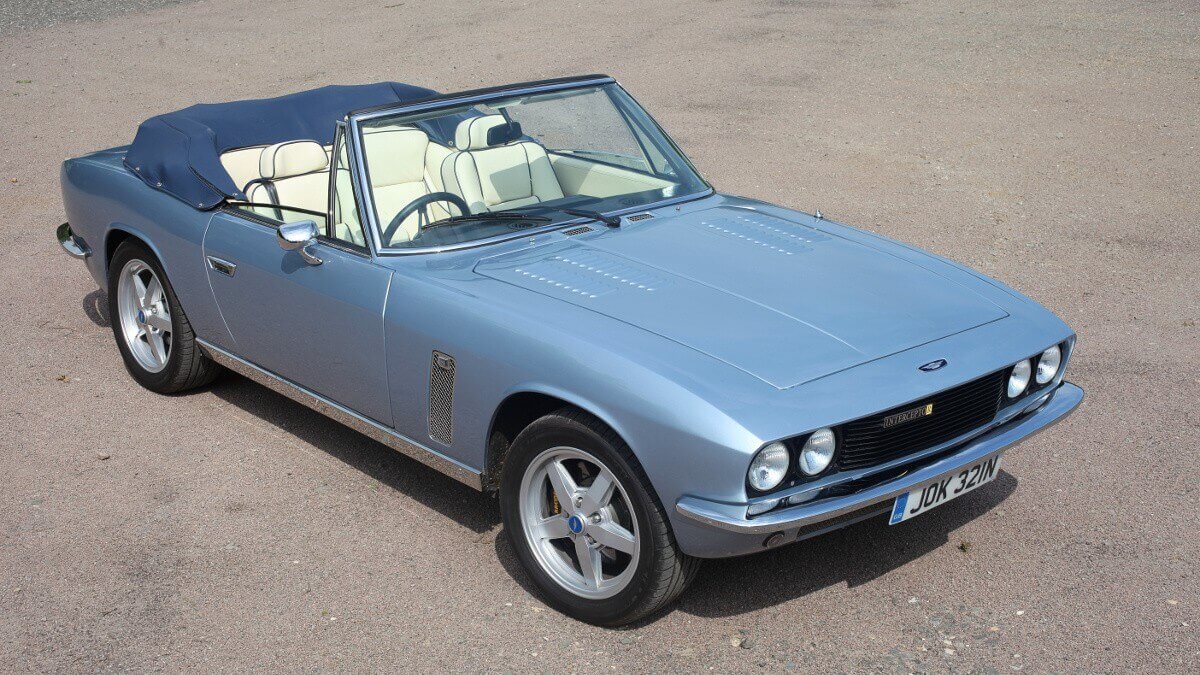 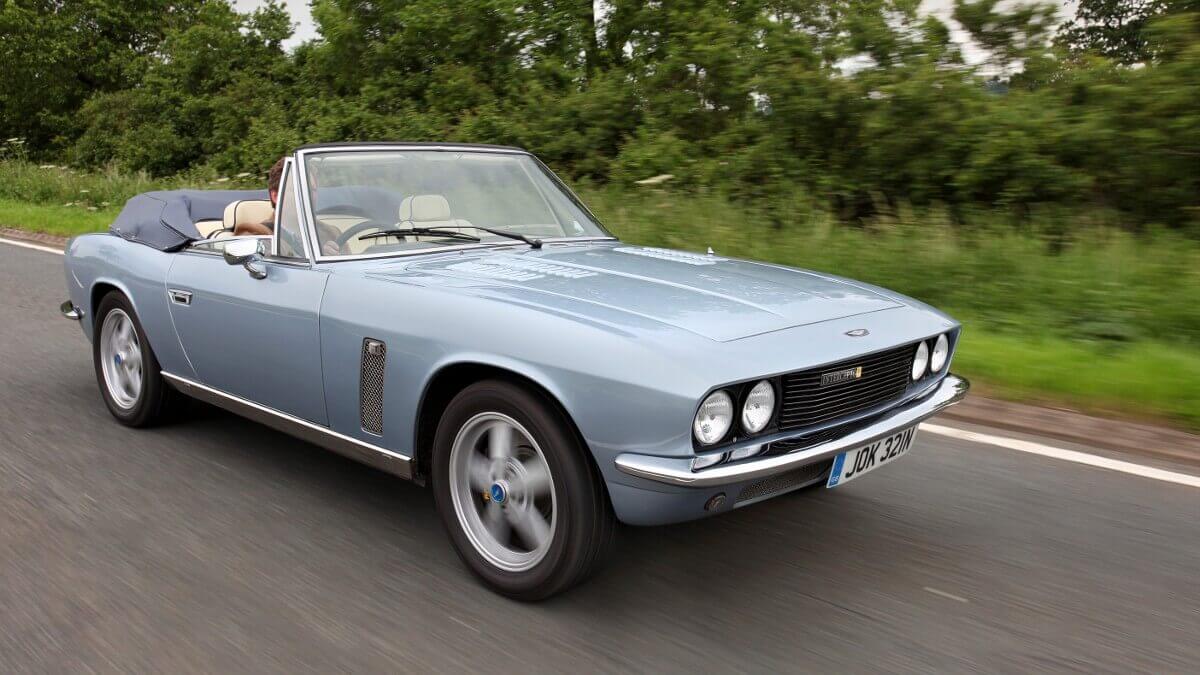 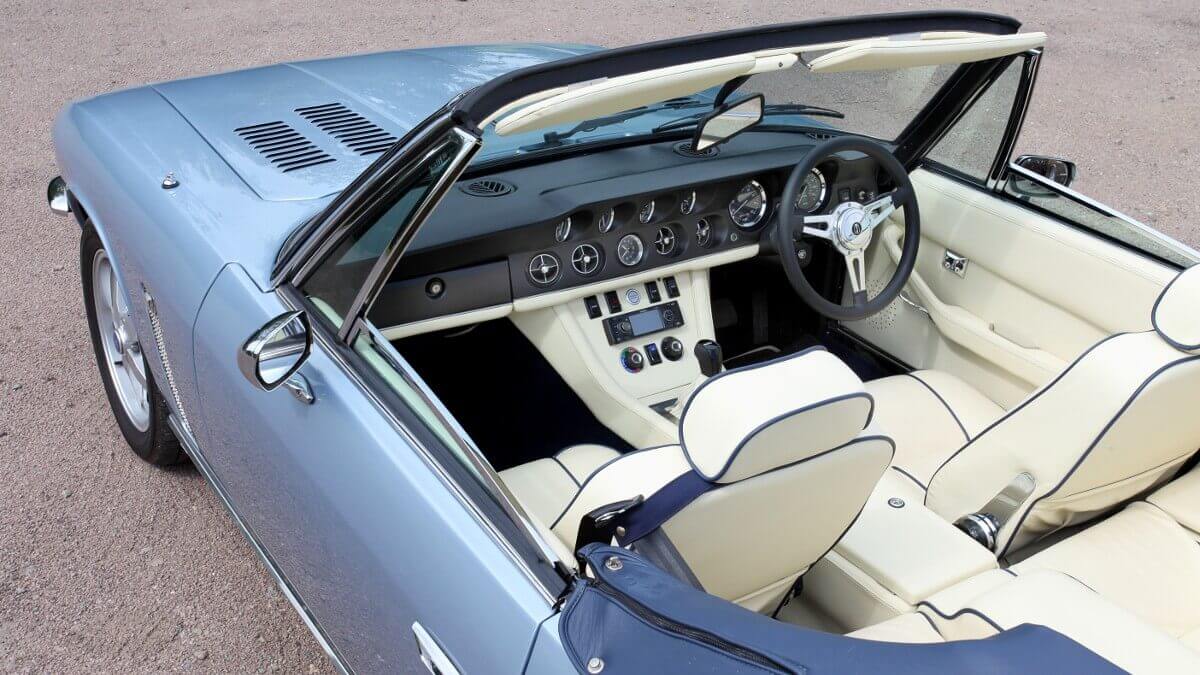 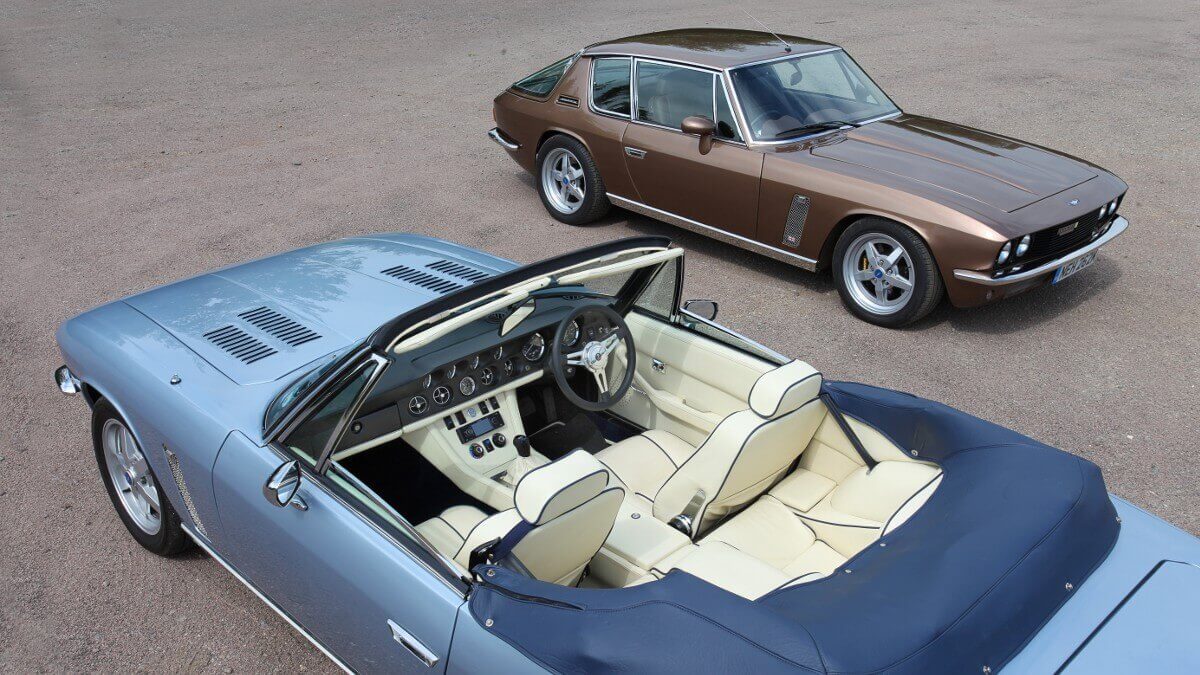 Normally JIA offered the R conversion only for Coupés so far, but between 1974 and 1976 Jensen also built up to 508 examples of a Convertible version of the Interceptor. So on special request one RHD Convertible got the R treatment as well but without the supercharger. The bodywork got restored including new paintwork in light blue metallic. Inside the seats are covered in cream leather with dark blue piping. Also the softtop and the persenning are colored in dark blue.

This unique car is now offered at JIA, but the Brits don’t tell the price. Customers can order their special car as well – also as a LHD Convertible – or just get a painstakingly restored original Interceptor.