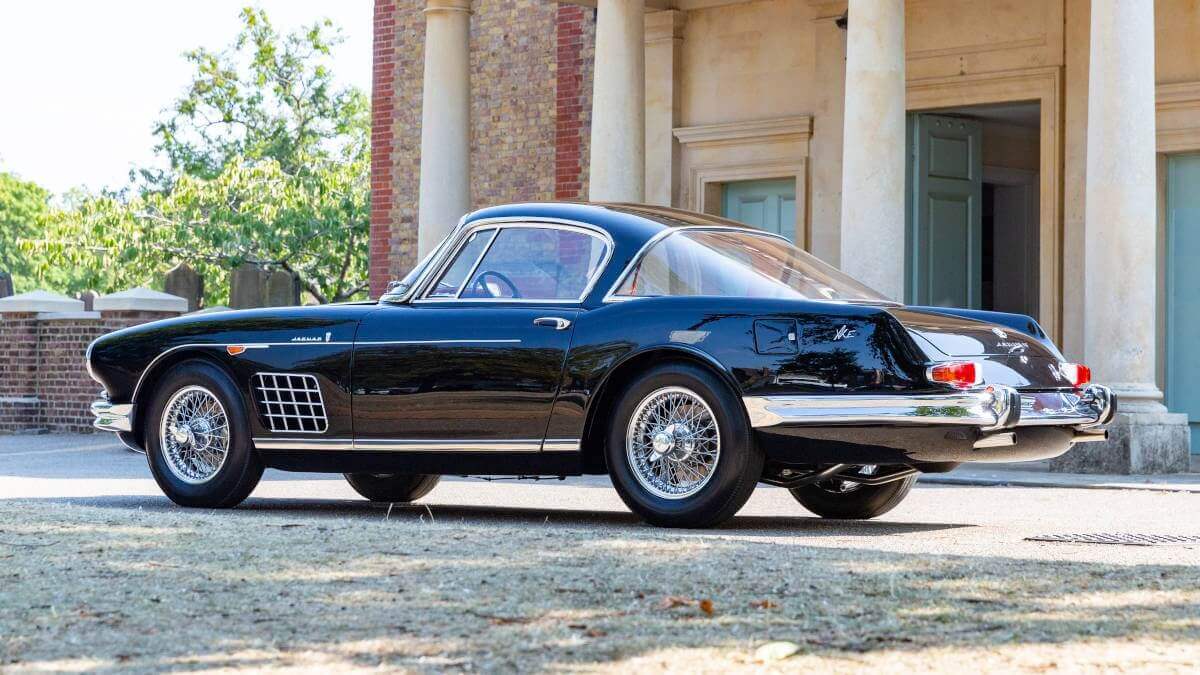 From 1957 Jaguar offered the XK150 as the successor to the previous XK140. As before, there was a Drop Head Coupé (DHC) and a Fixed Head Coupé (FHC). The 3.4-liter inline six-cylinder engine with either 193 or 213 hp was taken over from the predecessor. A manual four-speed transmission, optionally available with overdrive, transferred the power to the rear wheels. For the first time, an automatic transmission from BorgWarner was also available as an alternative, which was especially requested by American customers. One year after the premiere, the Open Two-Seater (OTS) followed as a body variant, as well as the XK150 S as a more powerful version, which had three carburetors to produce 254 hp and could reach speeds of up to 215 kph (133.5 mph). In 1959 the cubic capacity of all versions rose to 3.8 liters, giving the normal XK150 223 hp and the S 267 hp. In addition, the sports car was one of the first series-produced cars ever to be fitted with disc brakes all round as standard.

However, there were some customers for whom the design of the XK150 didn’t look peppy enough compared to its predecessors XK120 and XK140. Others felt the lines were outdated. But for this reason only three interested parties in total asked Bertone in Italy whether a new coupé body could be realized on the chassis from England. In previous years, Bertone had caused quite a stir in the car world with its B.A.T. concept cars, and at the same time had gained worldwide recognition. Now, under the direction of Franco Scaglione, an independent vehicle was created there, which couldn’t be seen at first or second glance as to its technical basis. In the front is a small oval grill, which is flanked on both sides by flat, wide grill inserts. Round headlights and two auxiliary lights provide sufficient light at night. Behind the front wheels there are large, grated air outlets. The curved roof ends in a wide panoramic rear window. Above the small rear lights Scaglione indicated small tail fins. 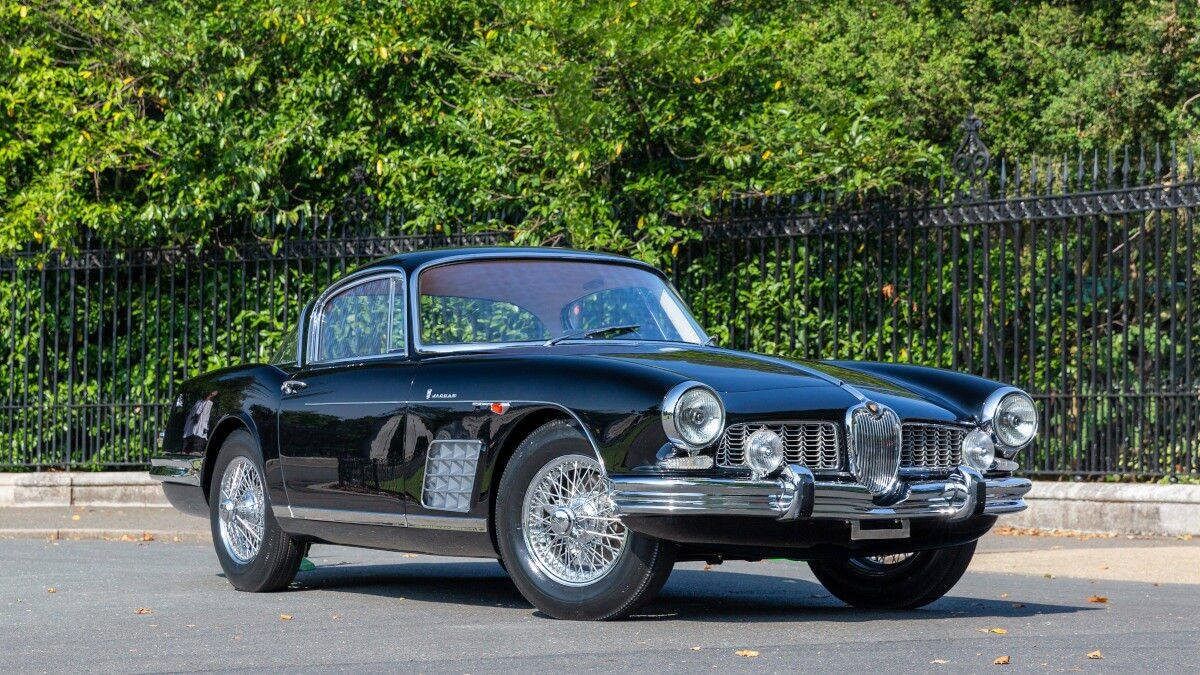 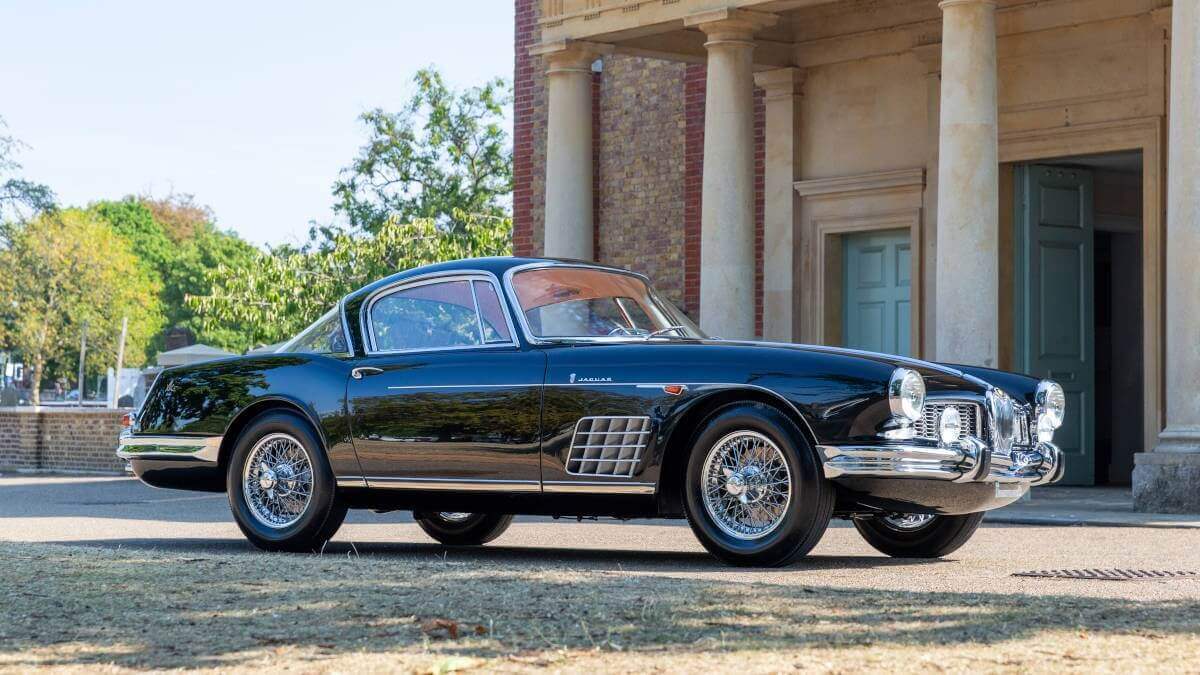 The technical basis for the car we show in our gallery was a Jaguar XK150 S with the 3.4-liter engine, which had been completed in August 1957 and delivered to Italy in September. It is the second of three examples that were built. Until a few years ago this car was known in bright red, but in the meantime a restoration was carried out back into its original black. While the other two cars have been missing for decades, this XK150 S will be on display at the Concours of Elegance at Hampton Court Palace in London from September 4 to 6.