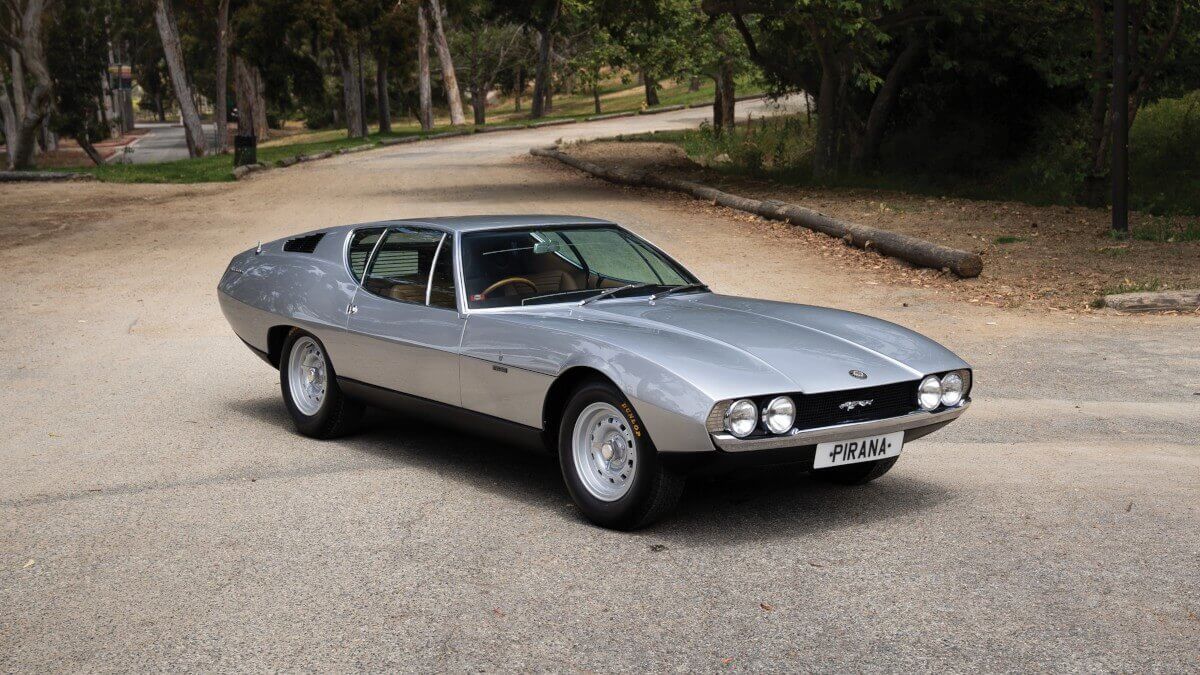 A look into our photo gallery might lead some of our readers to ask if we have actually included the correct images in this article. Depending on the title, a Jaguar is expected, but the pictures show a car with a body shape similar to an Italian sports car. Correct. The design language of the unique Jaguar Pirana (without ‘h’) was created in 1966 at the Bertone headquarters by Marcello Gandini. He took a Jaguar E-Type Series 1 with the later 4.2-liter inline six-cylinder engine, but the short wheelbase of the early two-seater Coupés as a base car. This special vehicle wasn’t commissioned by Jaguar nor by Bertone themselves. Instead, the British ‘Daily Telegraph’ wanted to make a headline with this excitingly designed sports car at the 1967 Earl’s Court Motor Show in London. At the same time, this car should met all licensing requirements as a small-volume production was considered. Just imagine for a short moment that the ‘Frankfurter Allgemeine’ would commission a sports car study for the upcoming IAA Frankfurt Motor Show in September. Sounds outlandish, but was actually possible back then. The conversion from E-Type to Pirana took about $ 16,000 which were fully paid by the newspaper.

The metal sheets for the bodywork were created by hand at Bertone on specially made wooden blocks. Marcello Gandini designed the car with a bit of inspiration from the base model, for example with the long bonnet or the far set back passenger cabin. Like at the E-Type, the bonnet of the Pirana opens to the front. Four round headlights and, for their time, relatively flat taillights give the car a very special road presence at night. From today’s perspective, the entire body looks very familiar, as Gandini mixed many ideas of the Pirana and the Lamborghini Marzal concept, which he designed and built at the same time, into the production design of the Lamborghini Espada. Unlike the Jaguar Pirana, that Italian sports car became a full four-seater. 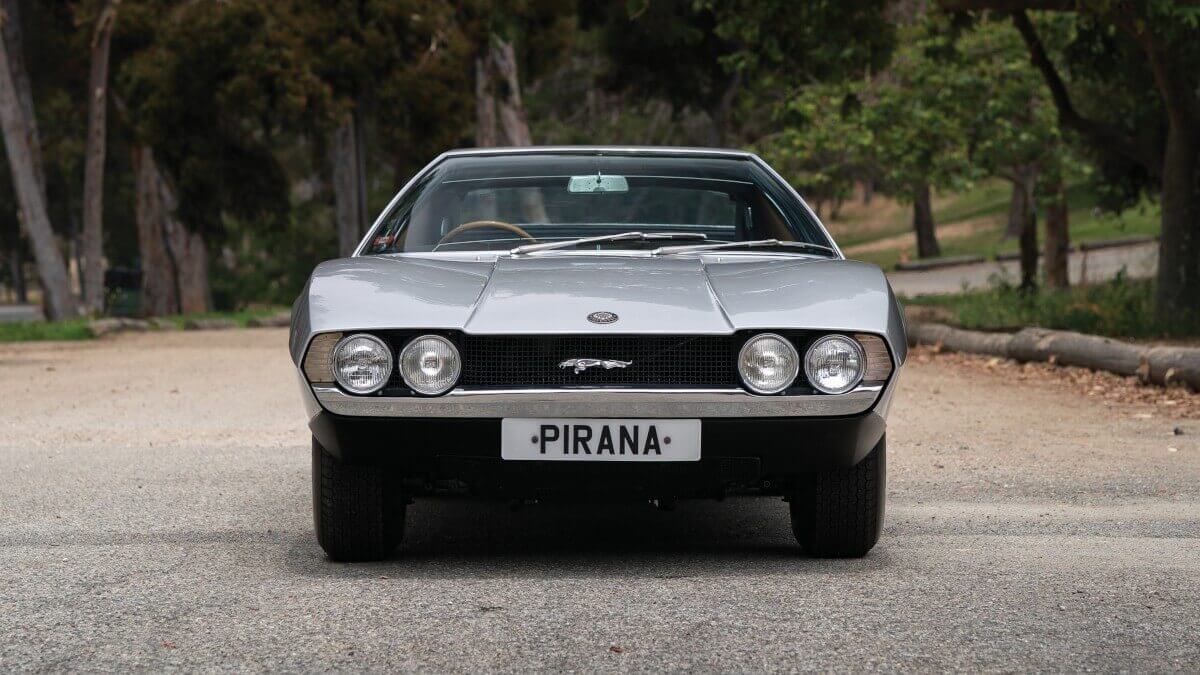 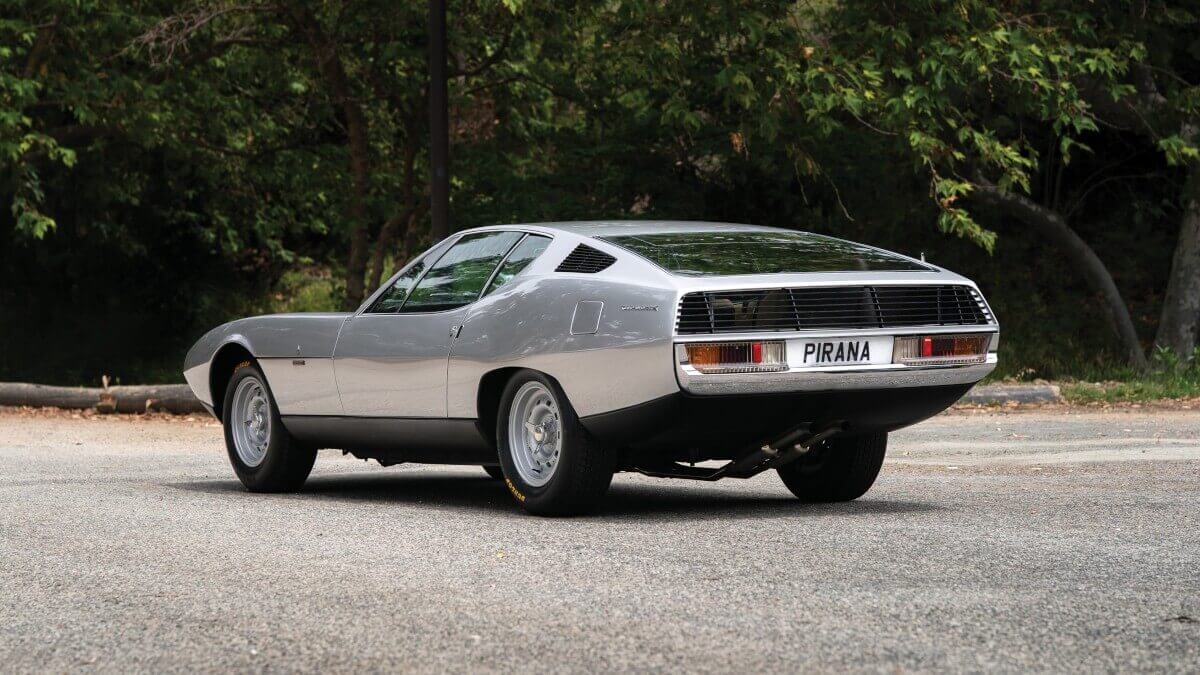 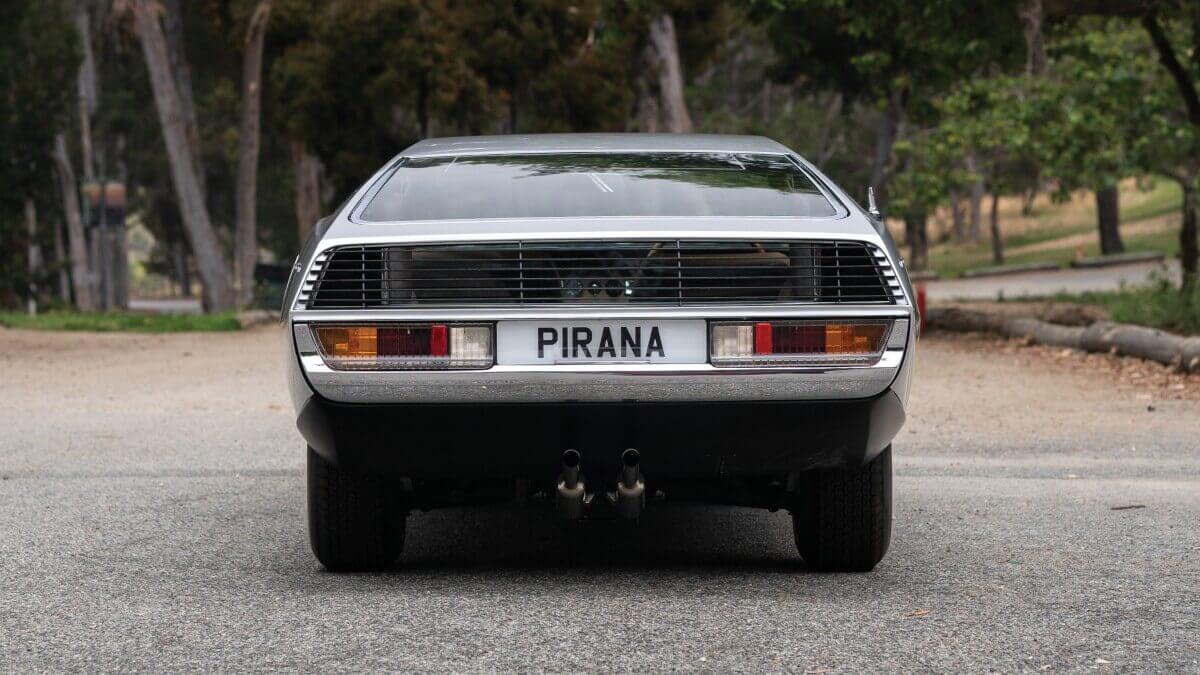 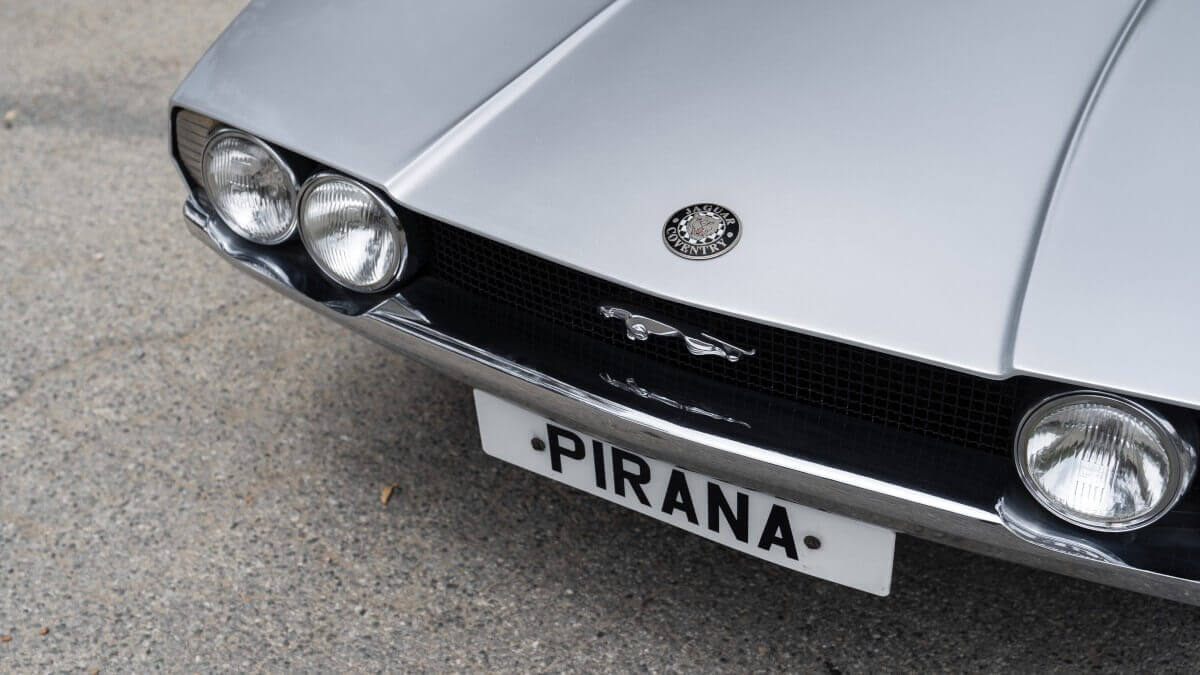 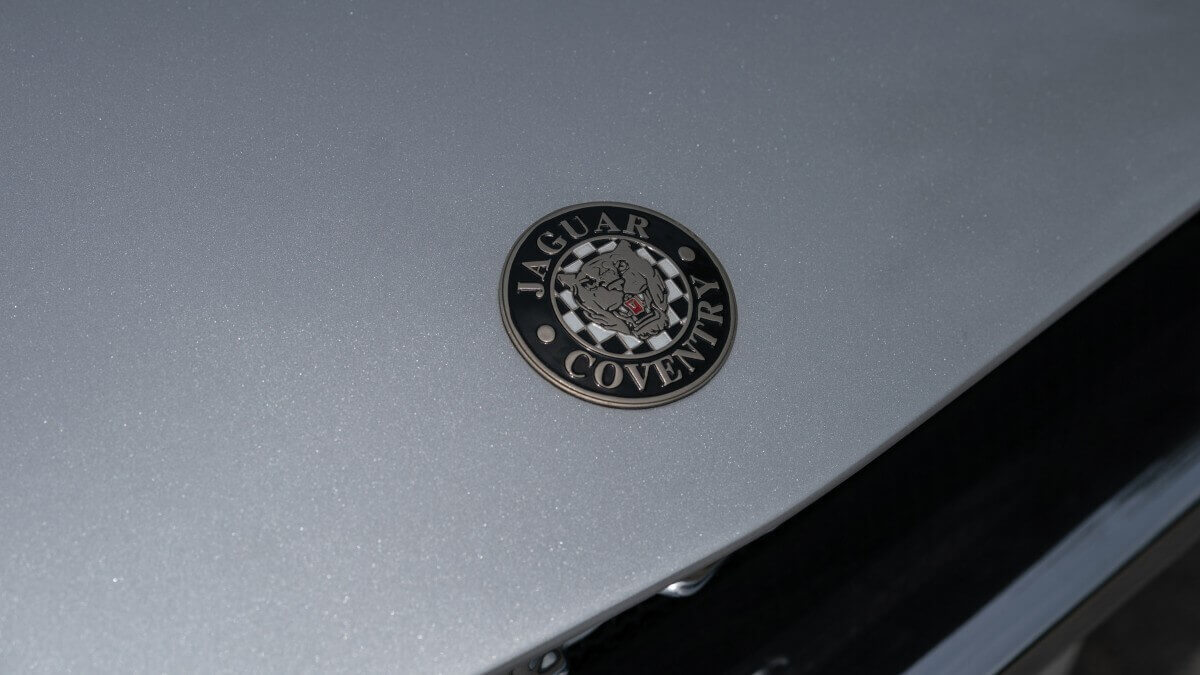 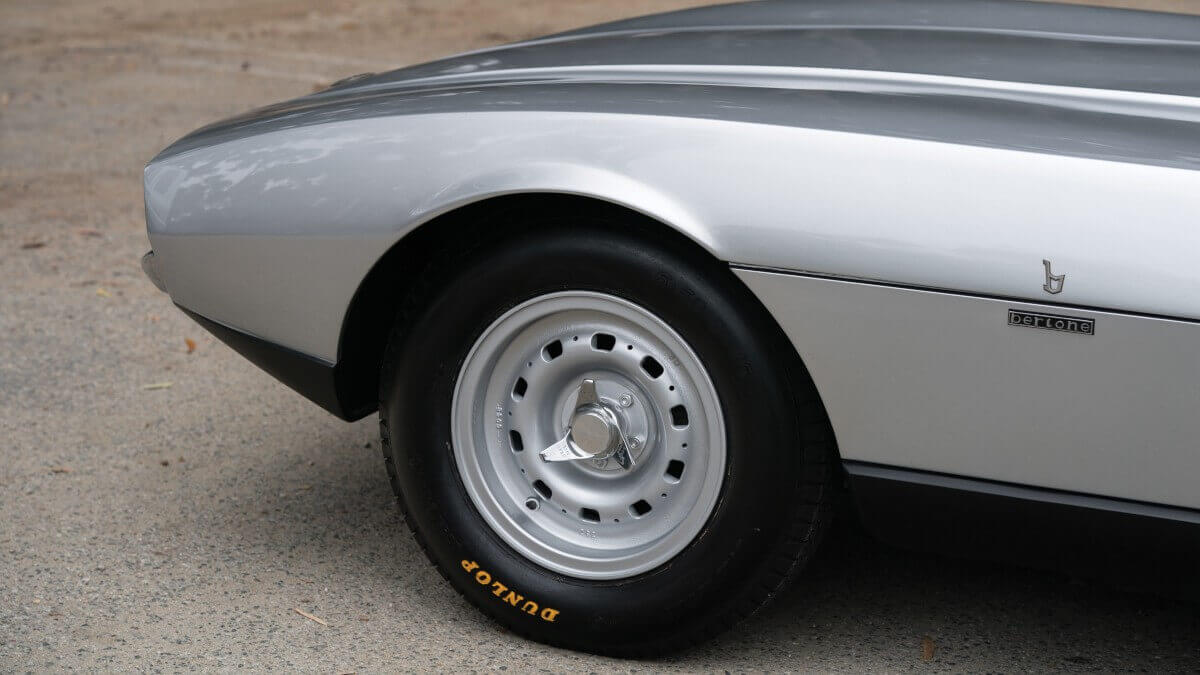 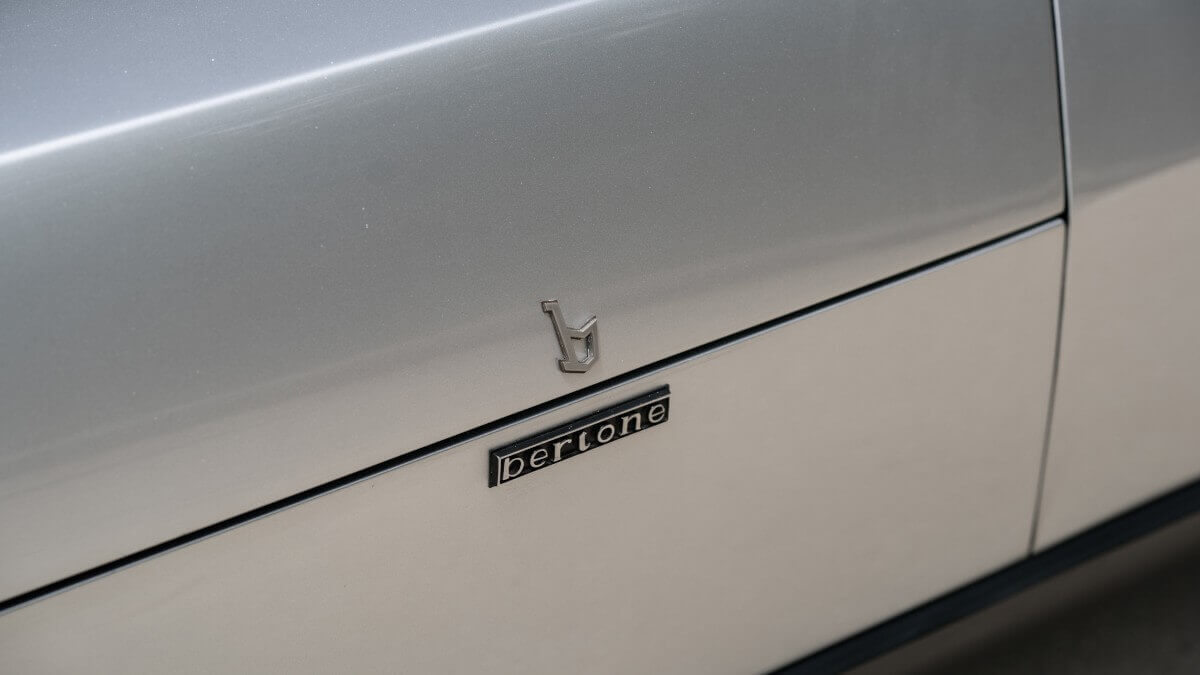 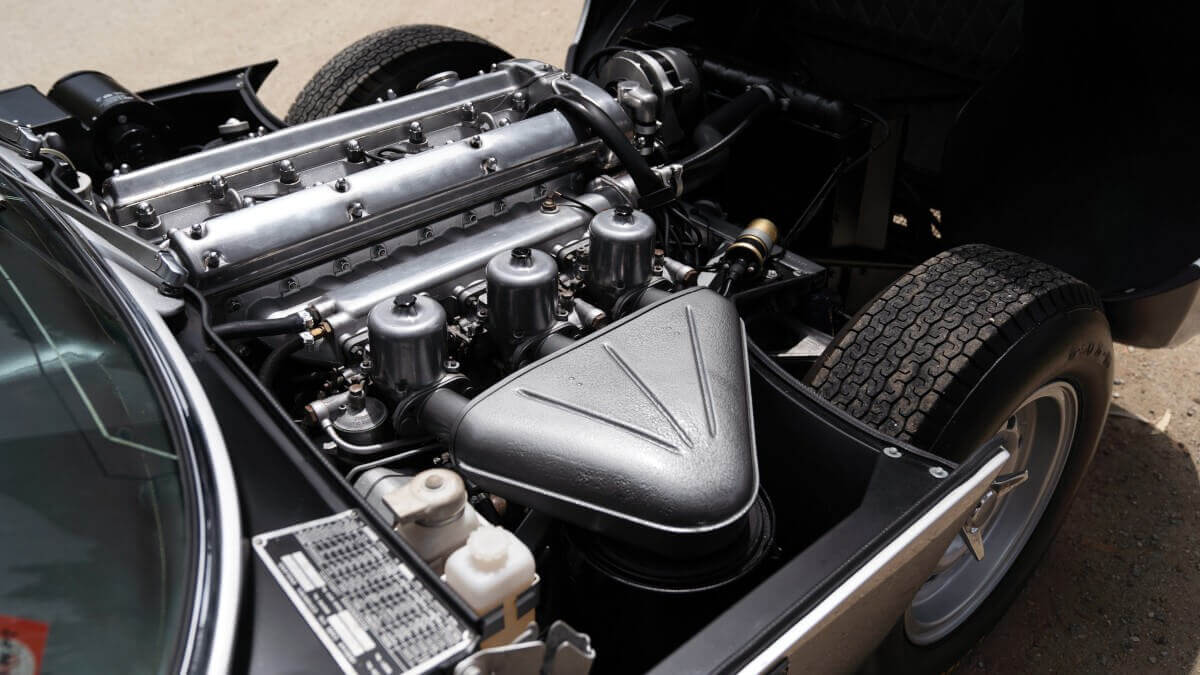 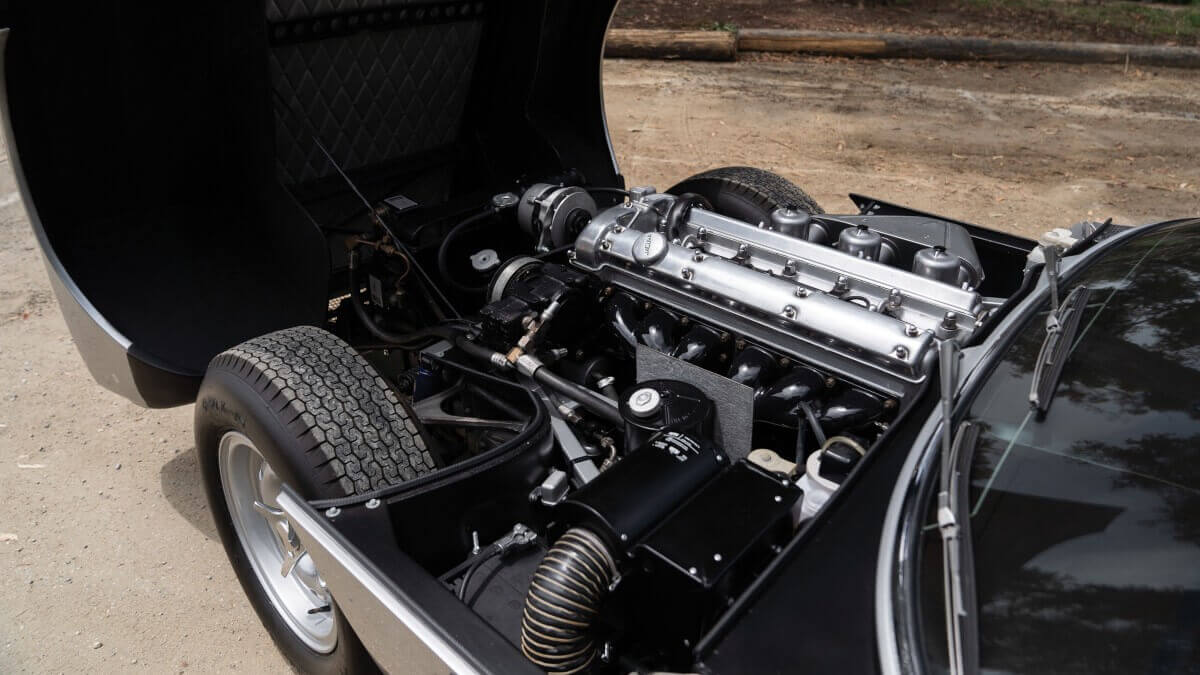 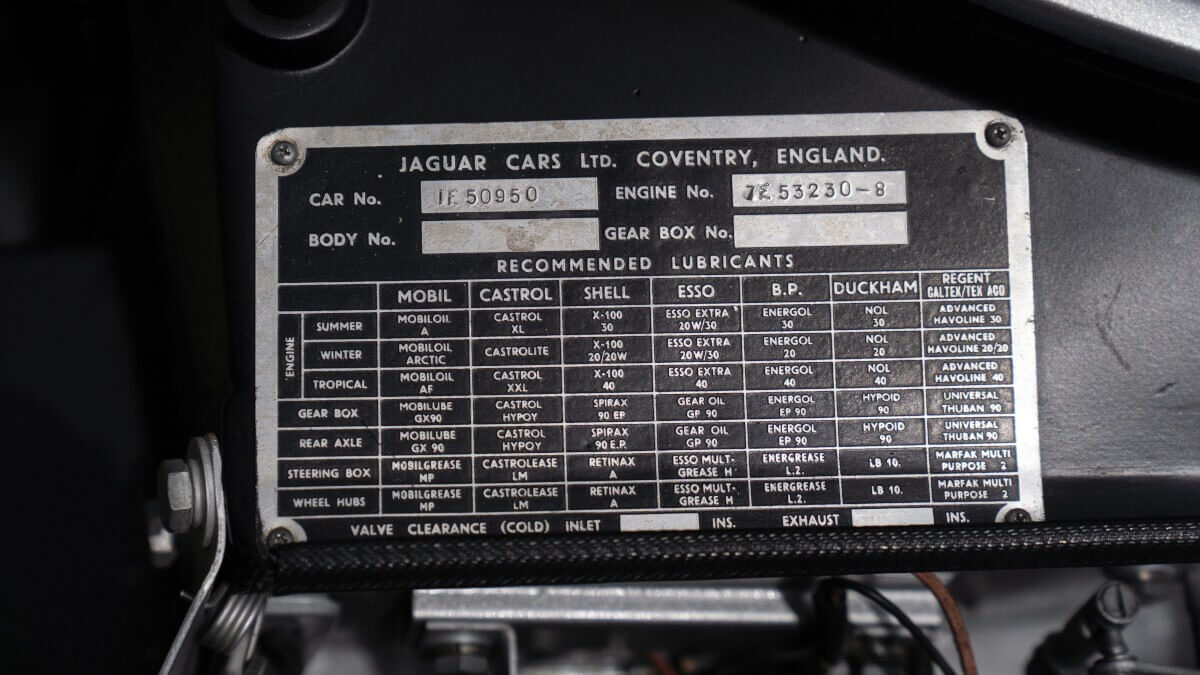 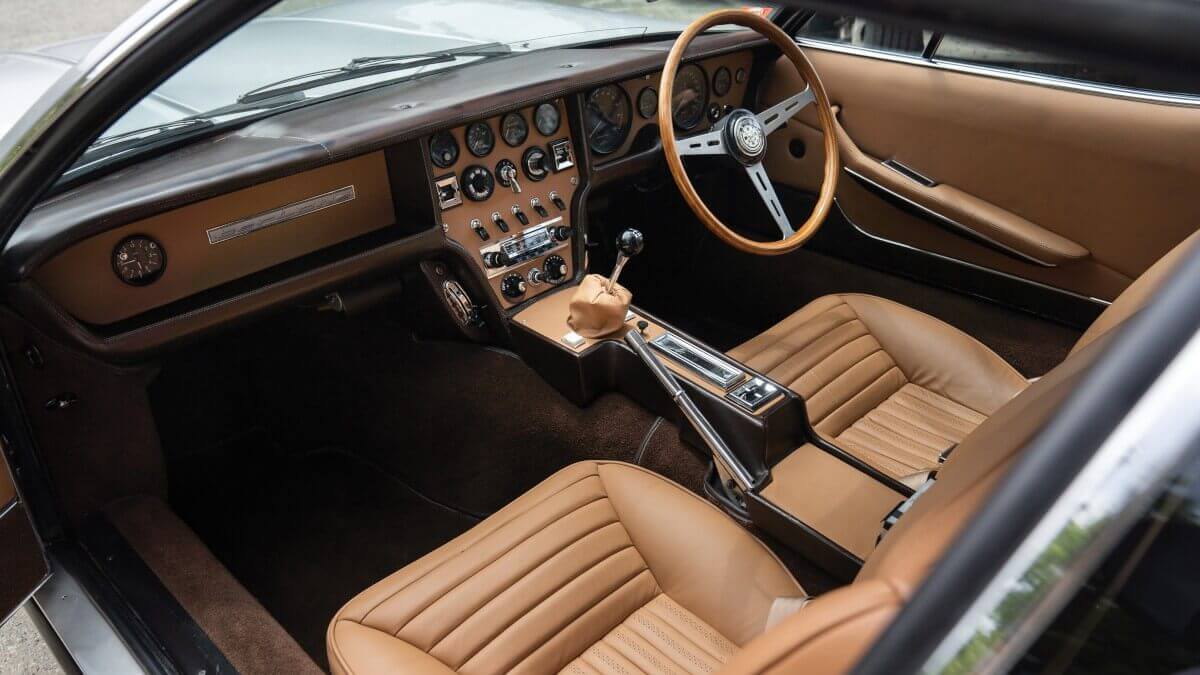 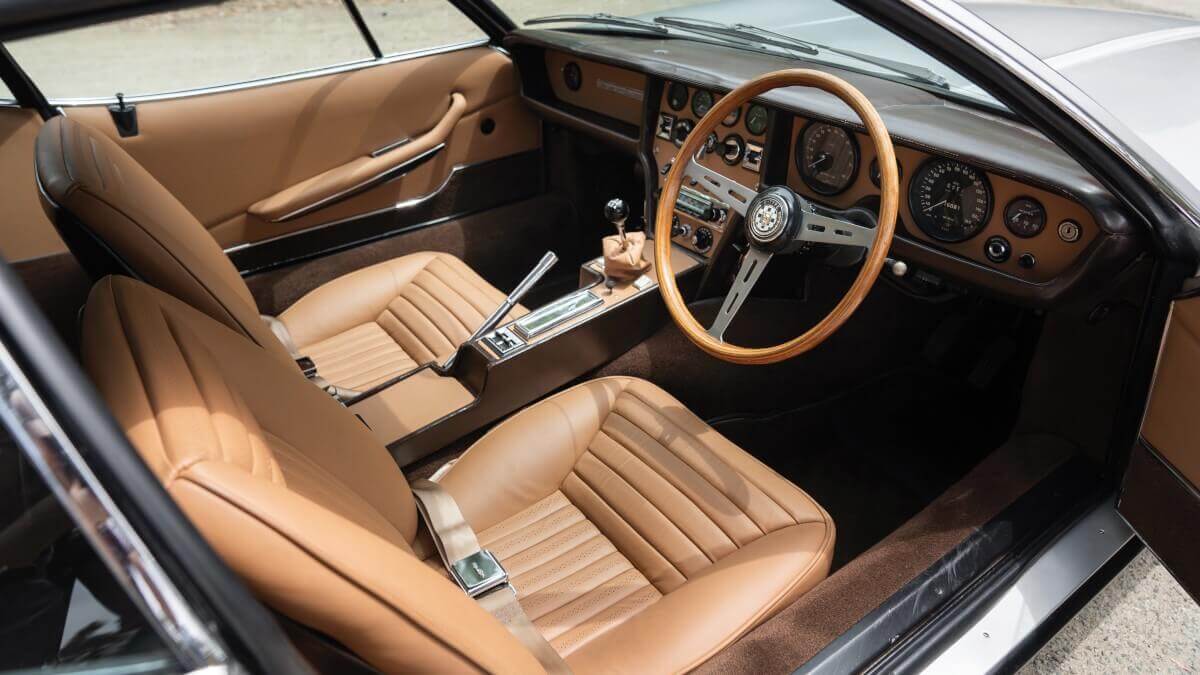 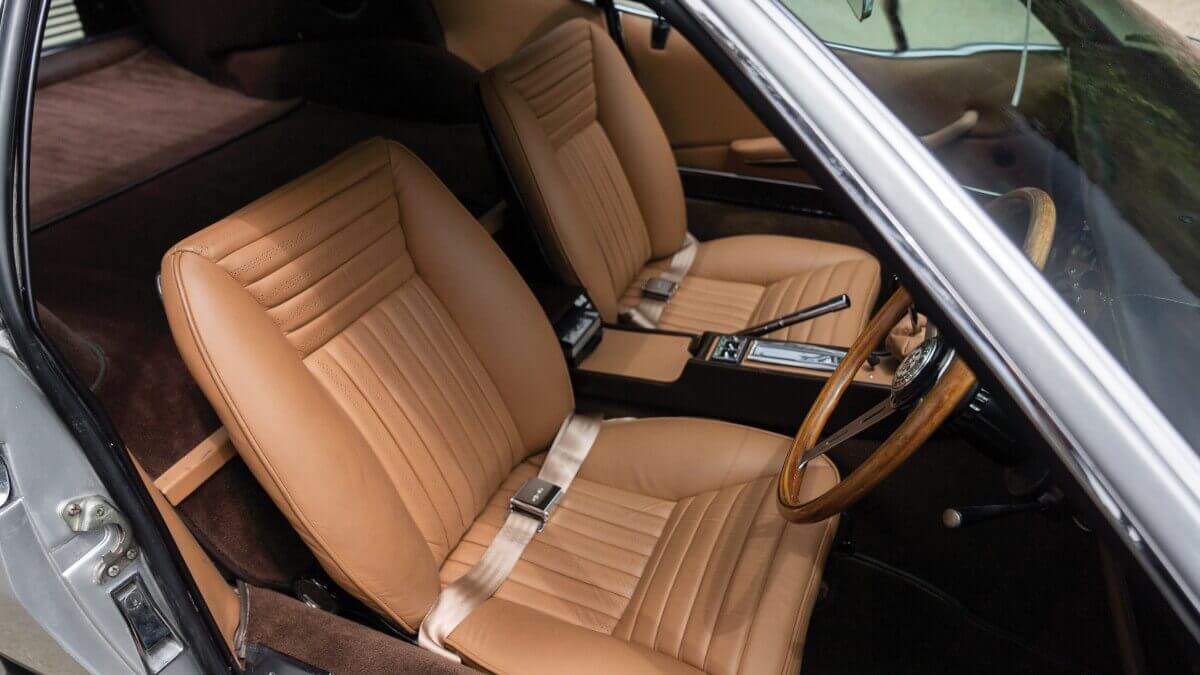 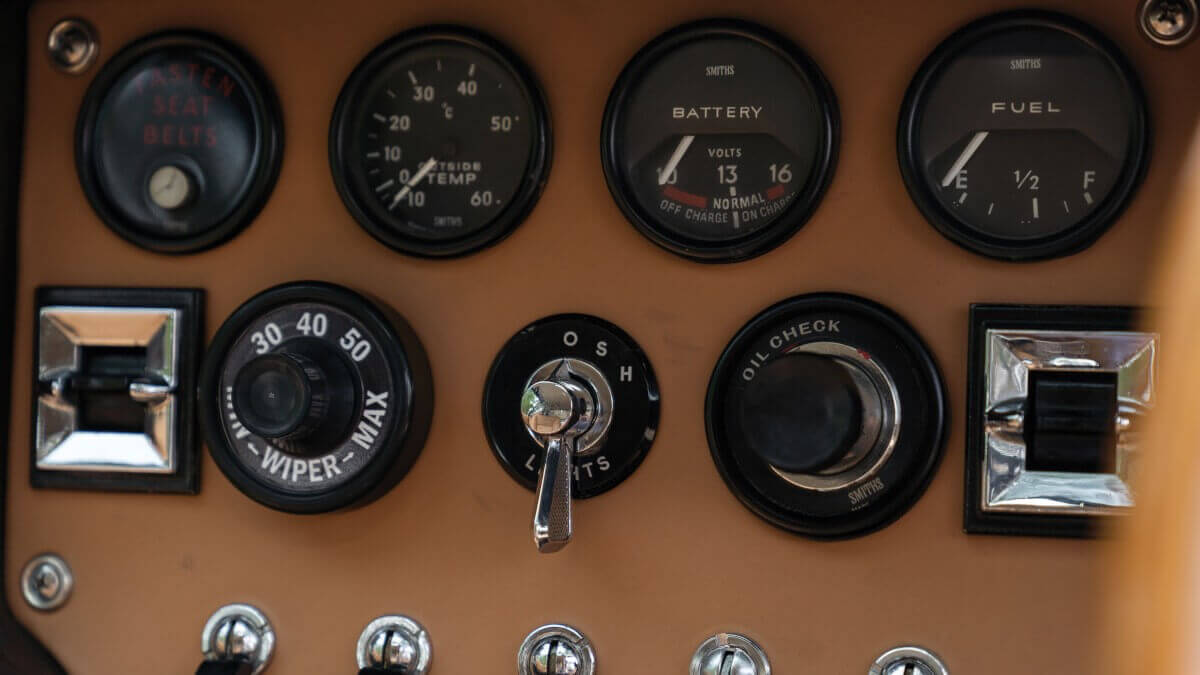 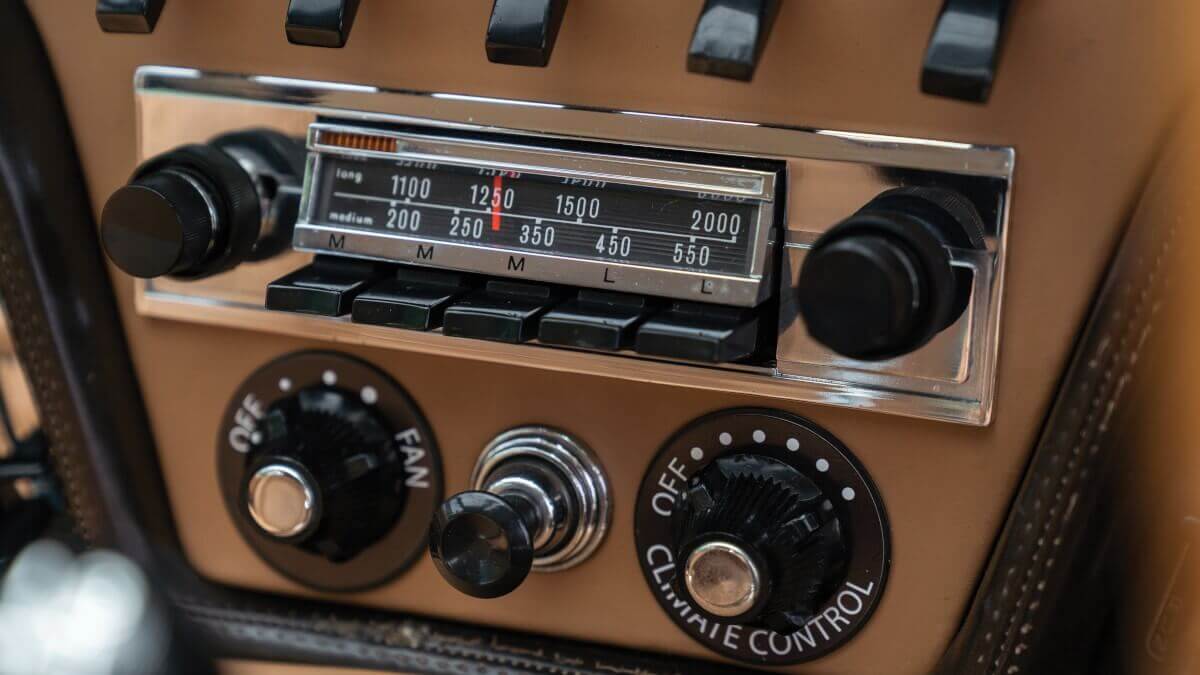 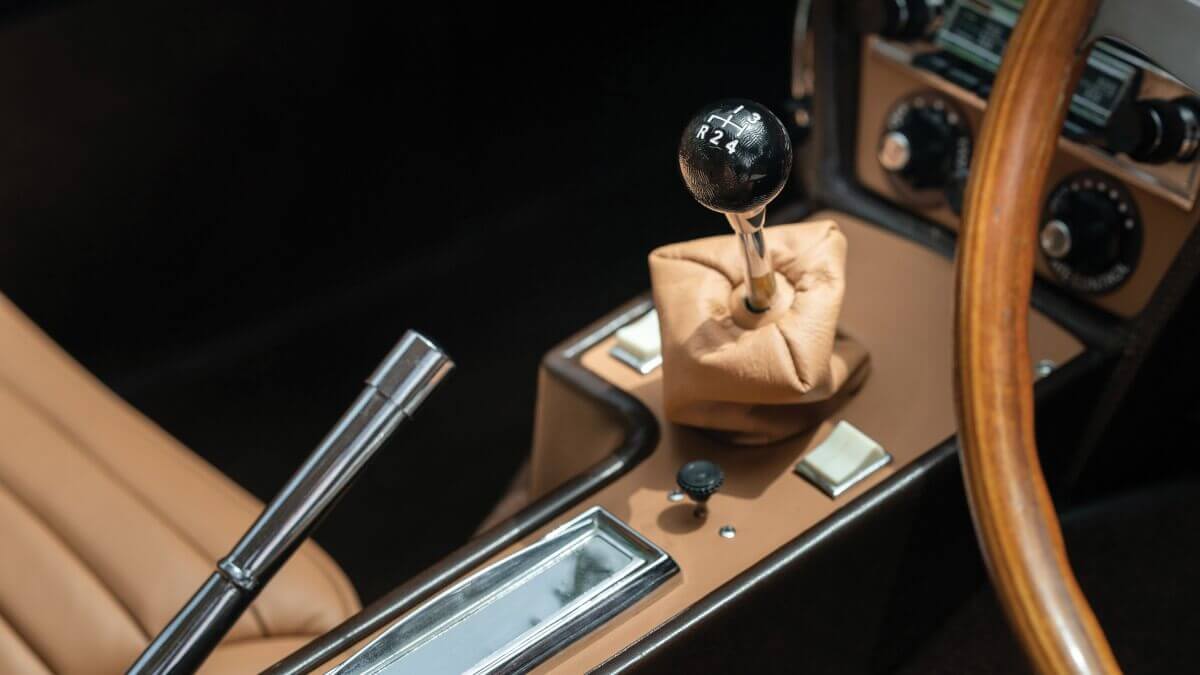 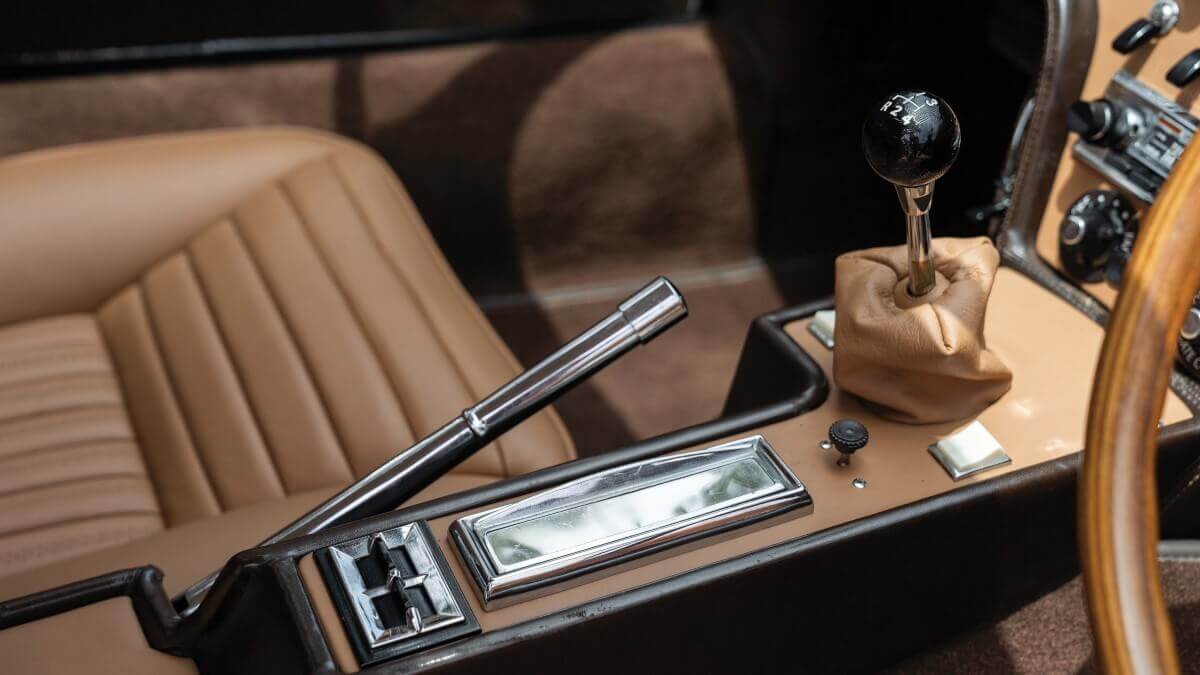 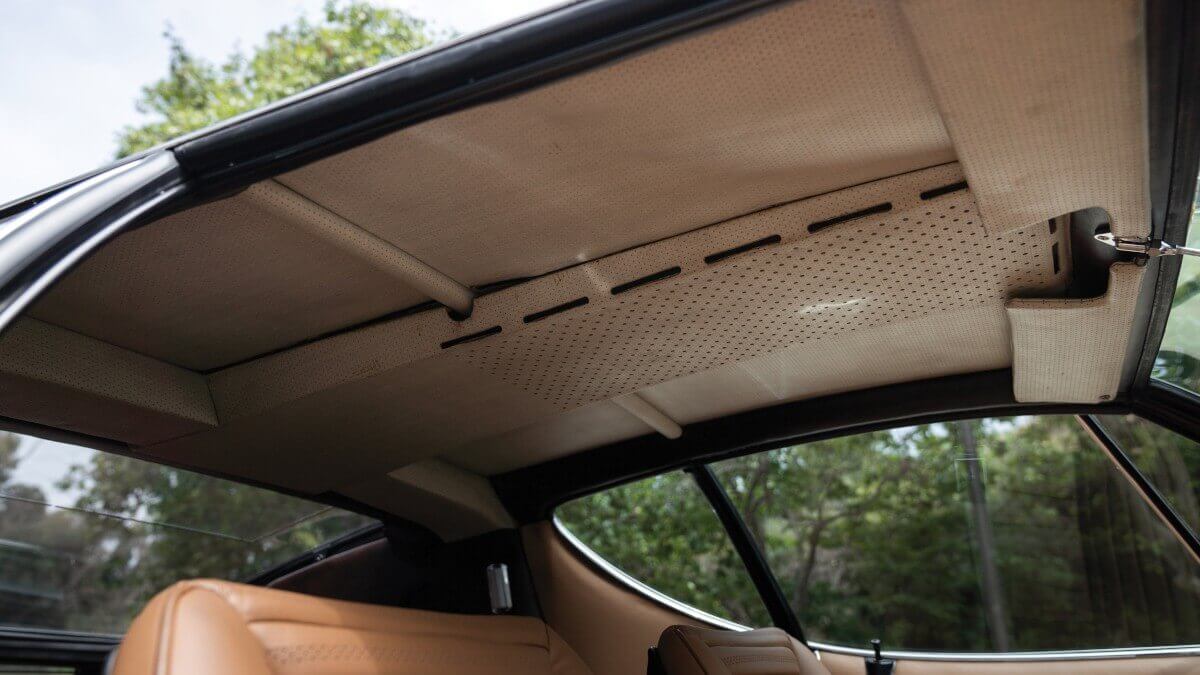 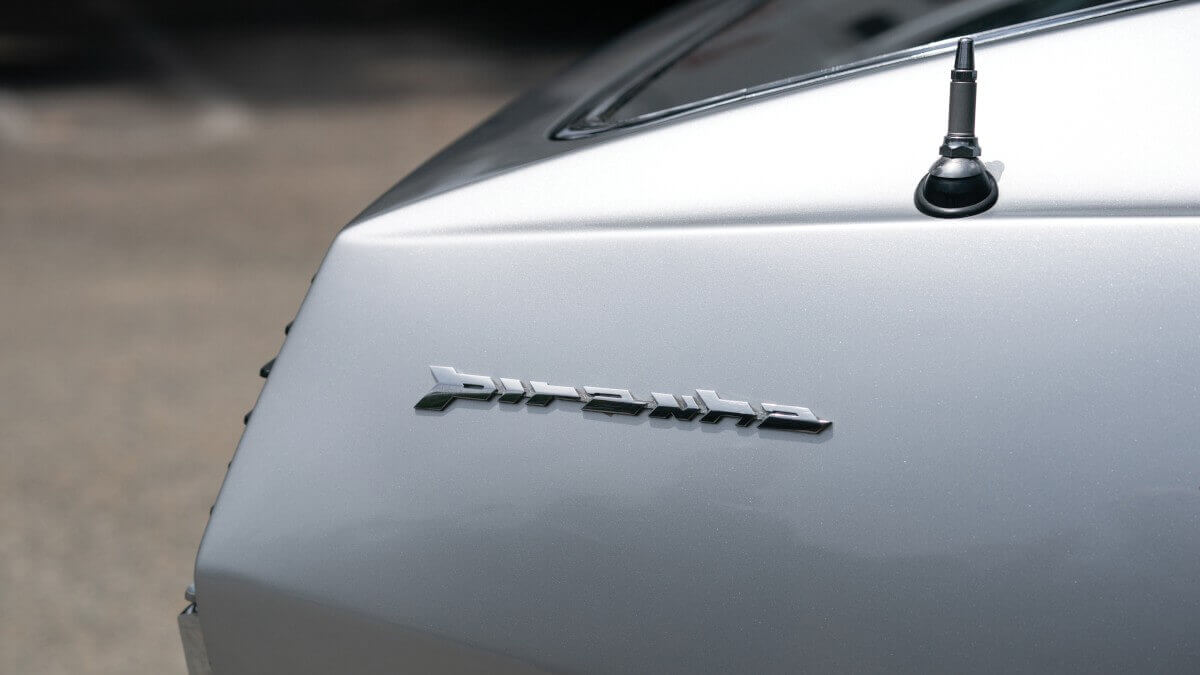 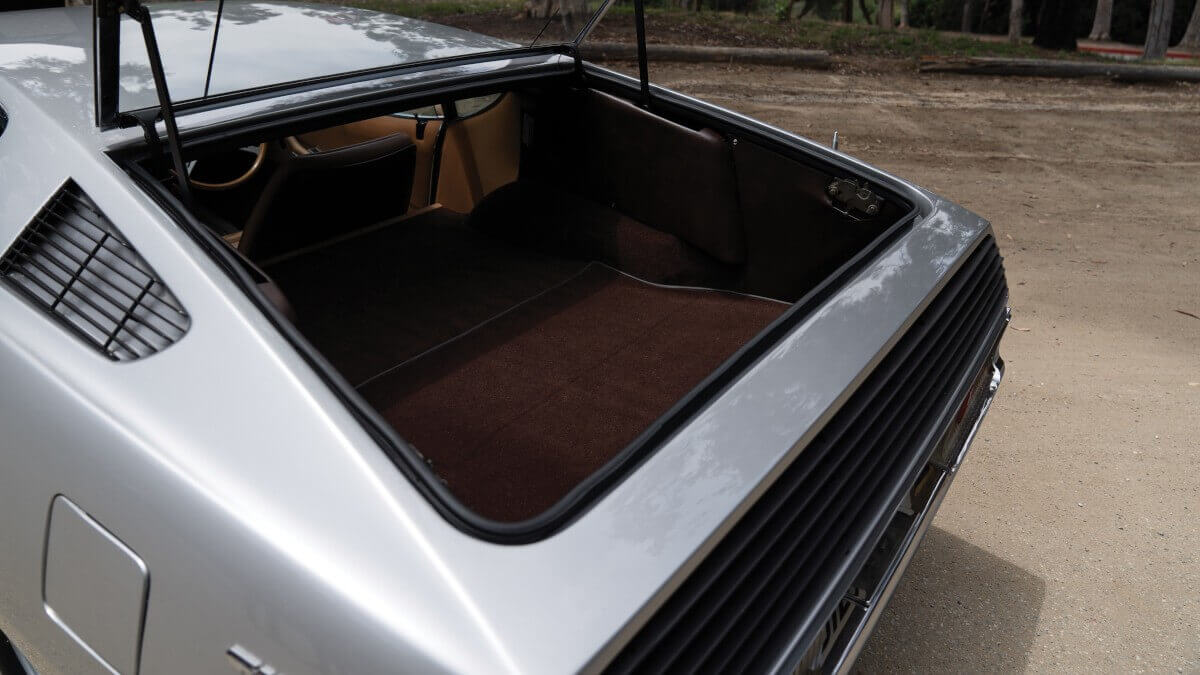 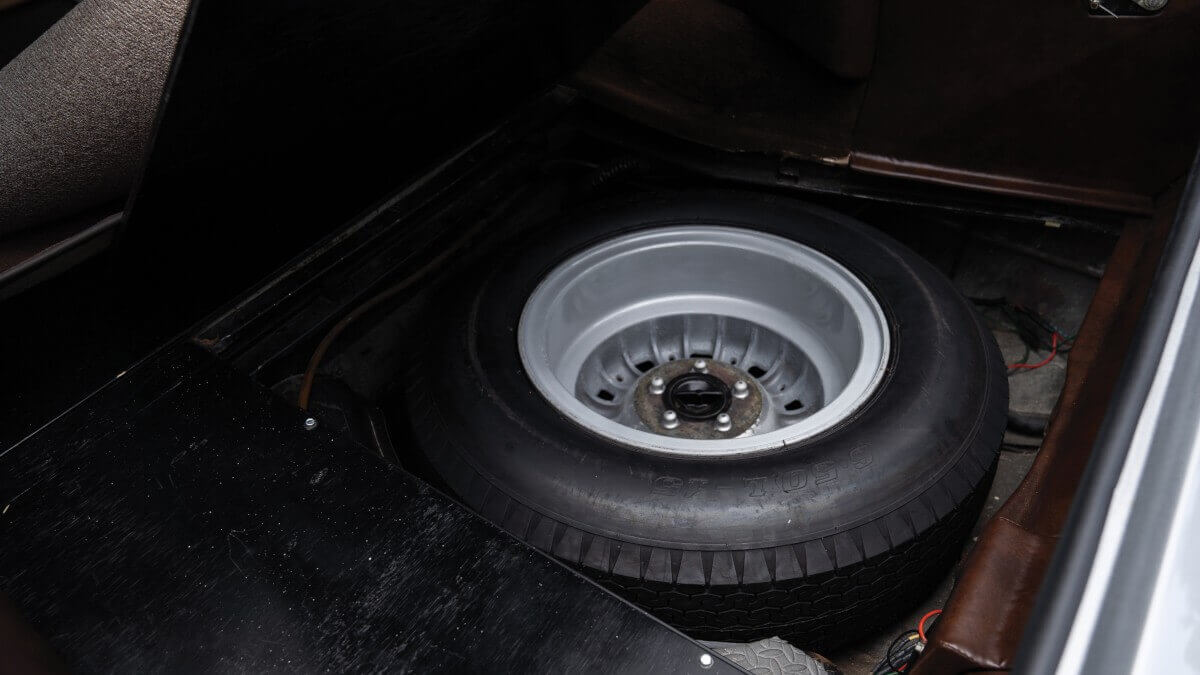 Initially, the Pirana shouldn’t have enough seats for four people. When it was created, Jaguar only offered the E-Type as a two-seater Coupé and Roadster, but just launched the 2+2 Coupé with longer wheelbase and two small emergency seats in the rear. After the Jaguar Pirana by Bertone was also presented at the New York Auto Show 1967 and the British Motor Show in Montreal the same year, it was sold to its first real owner, a sports car fan, for about $ 17,000. Several other owners followed. During the years it was converted into a 2+2-seater, for which the components of the air conditioning had to move into the trunk. In addition, an owner converted it from manual to automatic transmission and it was repainted in a dark green metallic. In the course of an extensive restoration, all modifications were reversed and the car was restored into its original silver metallic paint over beige leather.

Today, the car stands on Dunlop rims and tires as once in 1967 at the Earl’s Court Motor Show in London. During the Monterey Car Week in August, a new owner for it is searched by RM Sotheby’s. Next to the car he or she will receive an extensive documentation file including original issues of the Daily Telegraph and the brochures printed for the premiere and the considered low-volume production. The Pirana, whose original logos on the rear fenders interestingly show the name including an ‘h’ (Piranha) from the beginning, is offered without reserve. However, RM Sotheby’s didn’t announce the expected estimate yet.