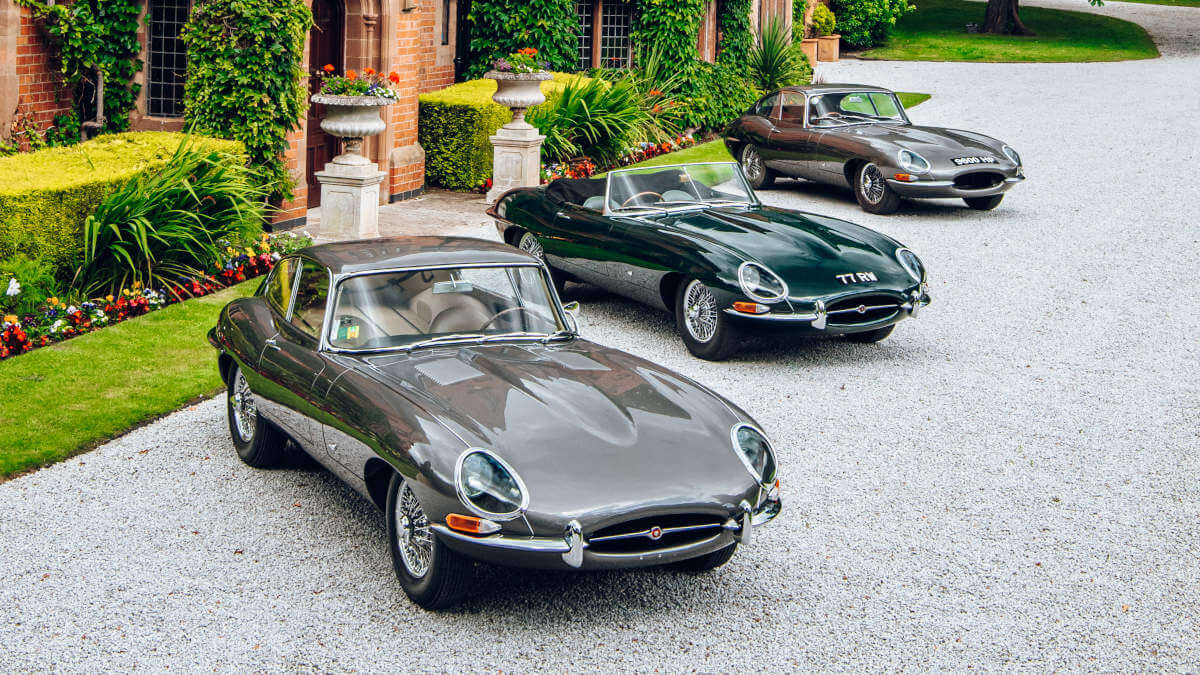 To commemorate the 60th anniversary of the Jaguar E-Type, Pendine Historic Cars from the UK managed a unique reunion. Three cars met in front of Wappenbury Hall, the longtime home of former Jaguar CEO and founder Sir William Lyons. They were exactly the same three E-Types that had been used for the sports car’s world premiere in Geneva in 1961. It was Sir Lyons who had commissioned Malcolm Sayer with the aerodynamic design. The fact that the result was an absolute eye-catcher became clear at the latest from the public reactions on the first day of the Geneva show. At the time, this led to a third car being brought overnight from the factory to the southwesternmost tip of Switzerland. You can find out more about the background story of the E-Type in our anniversary report. 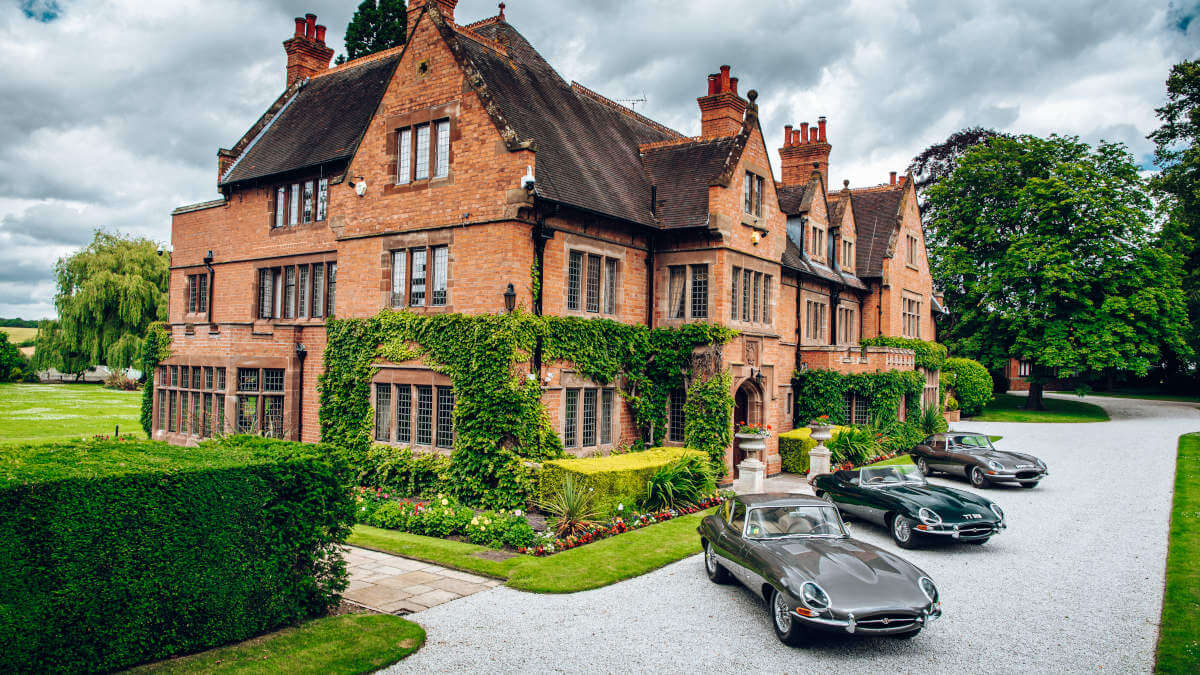 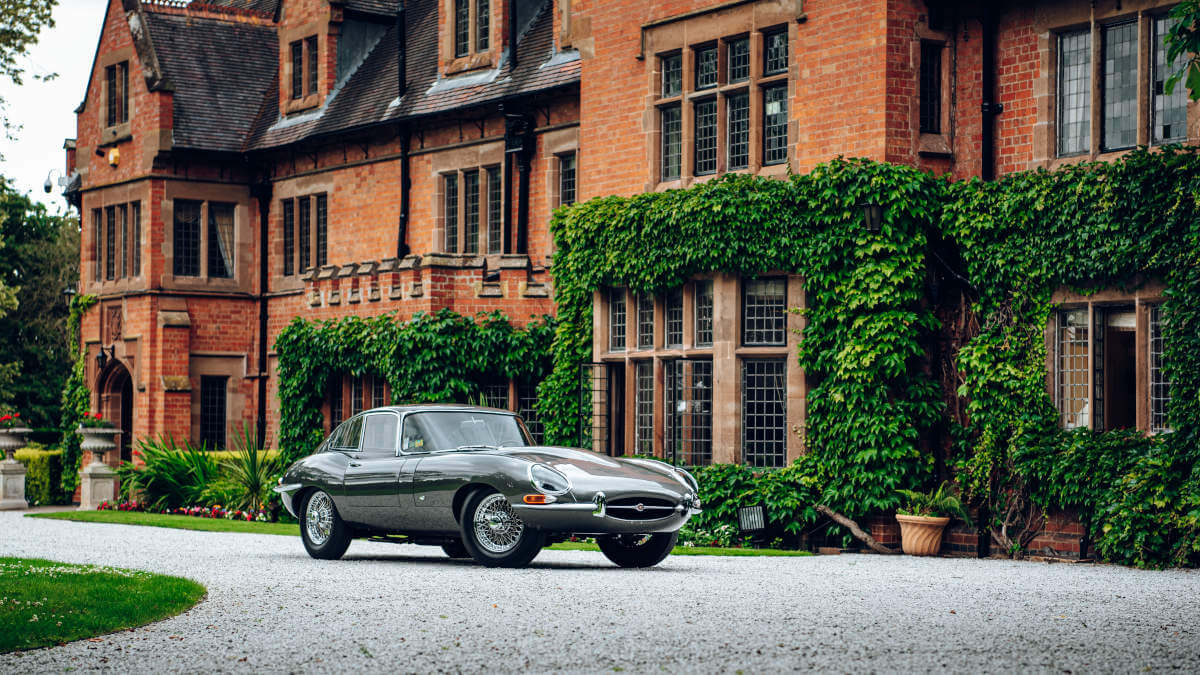 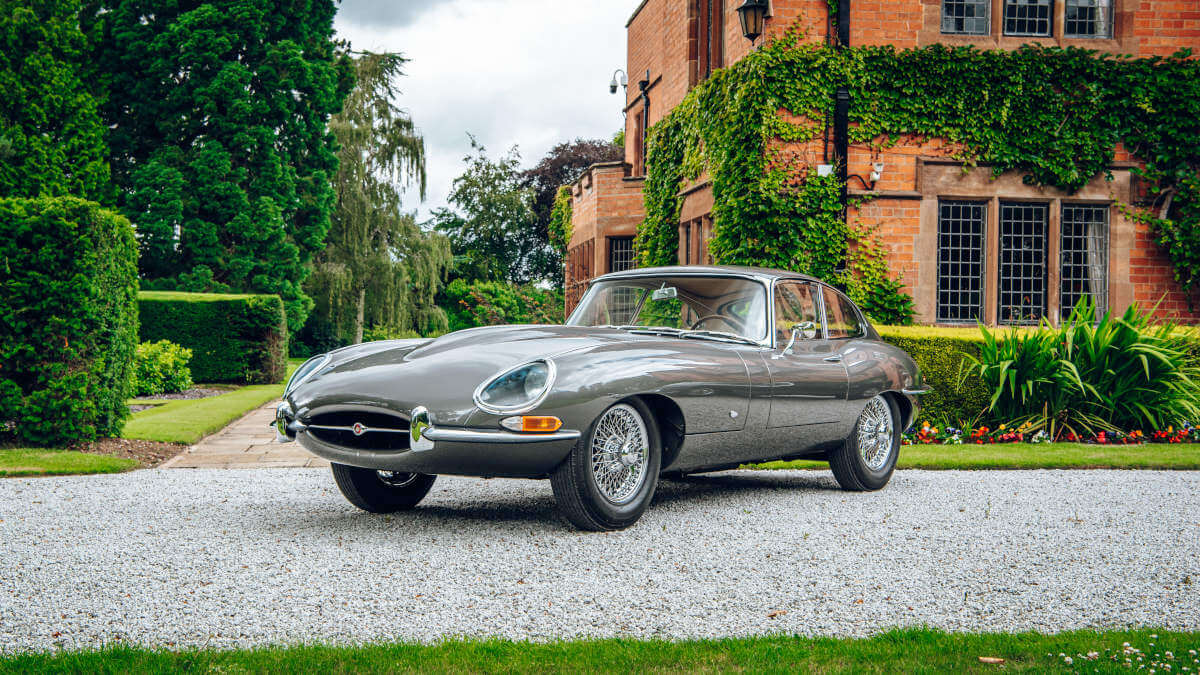 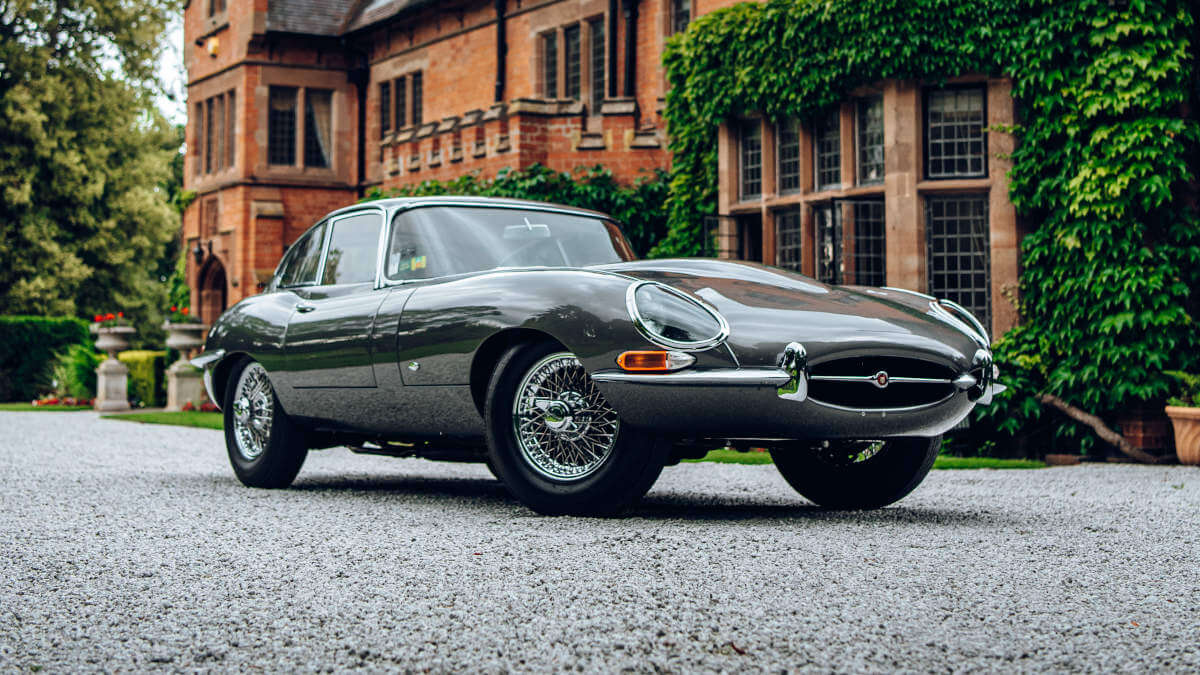 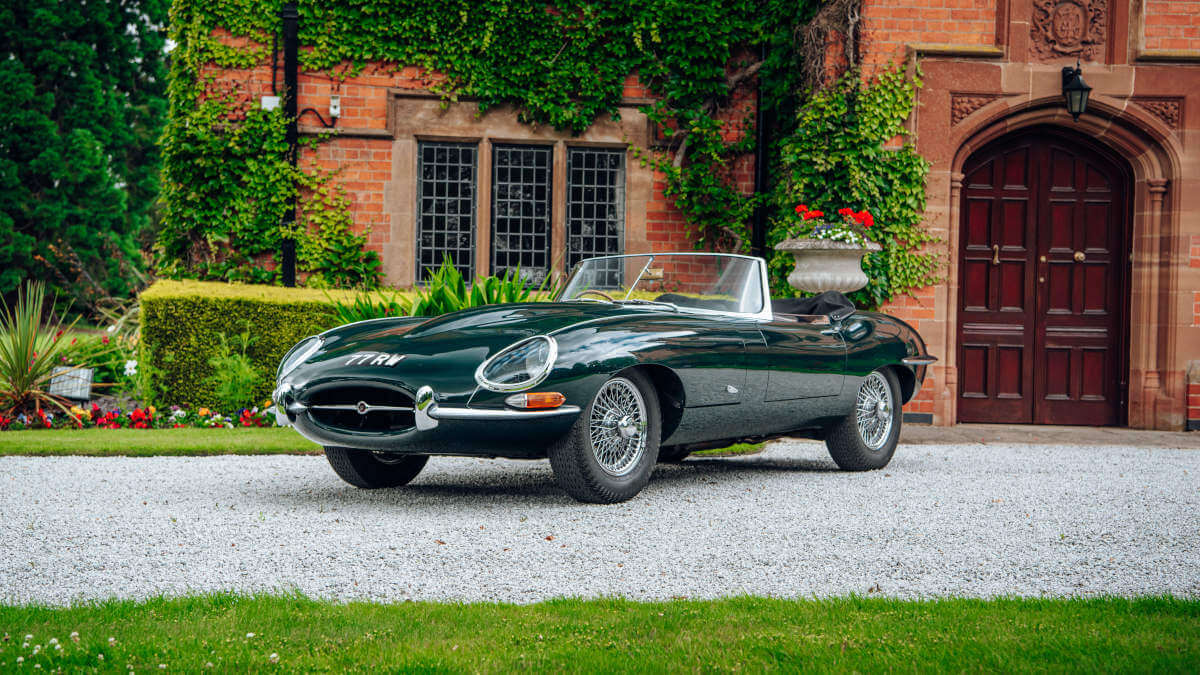 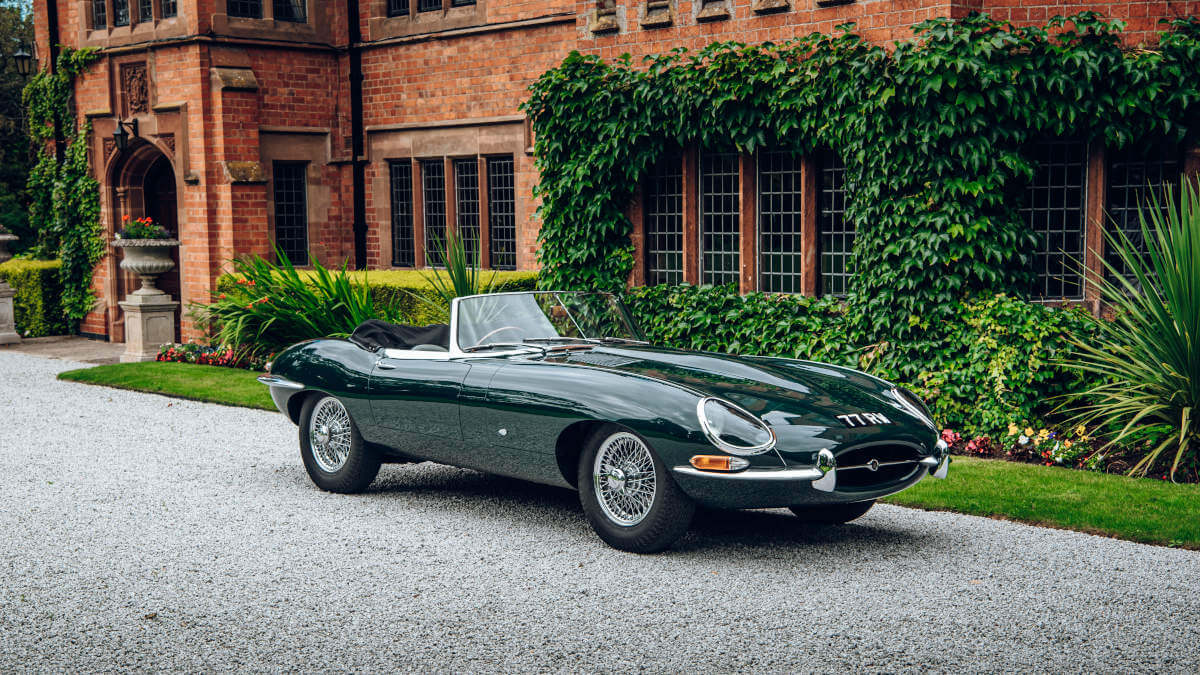 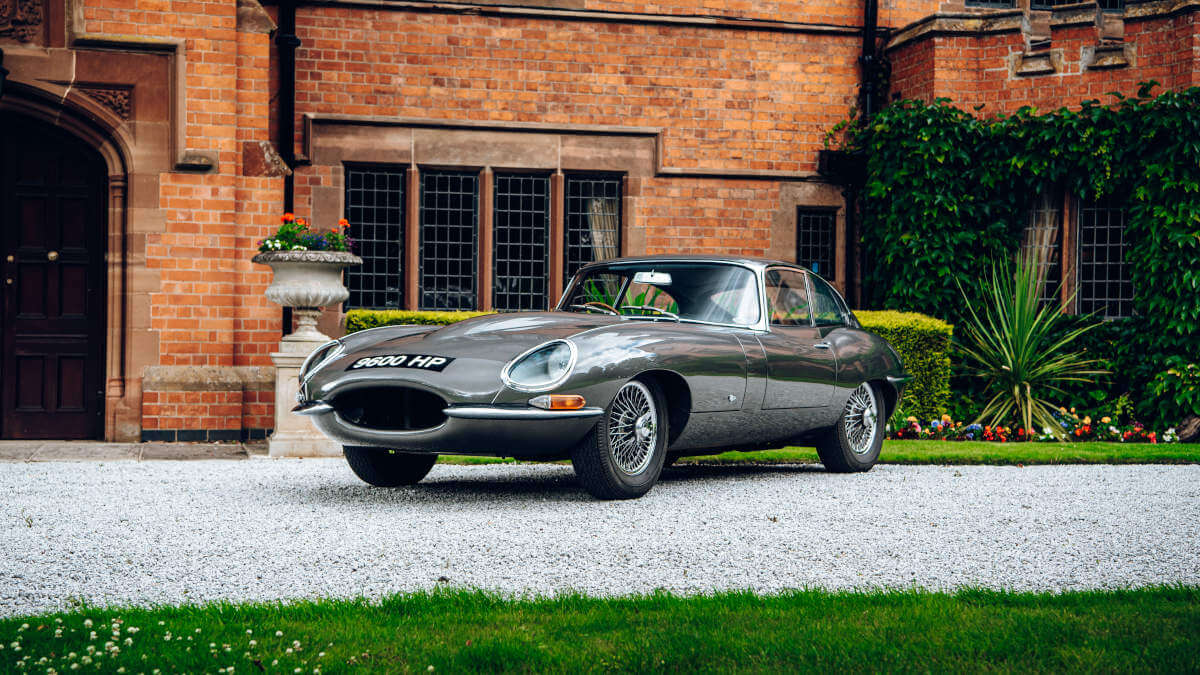 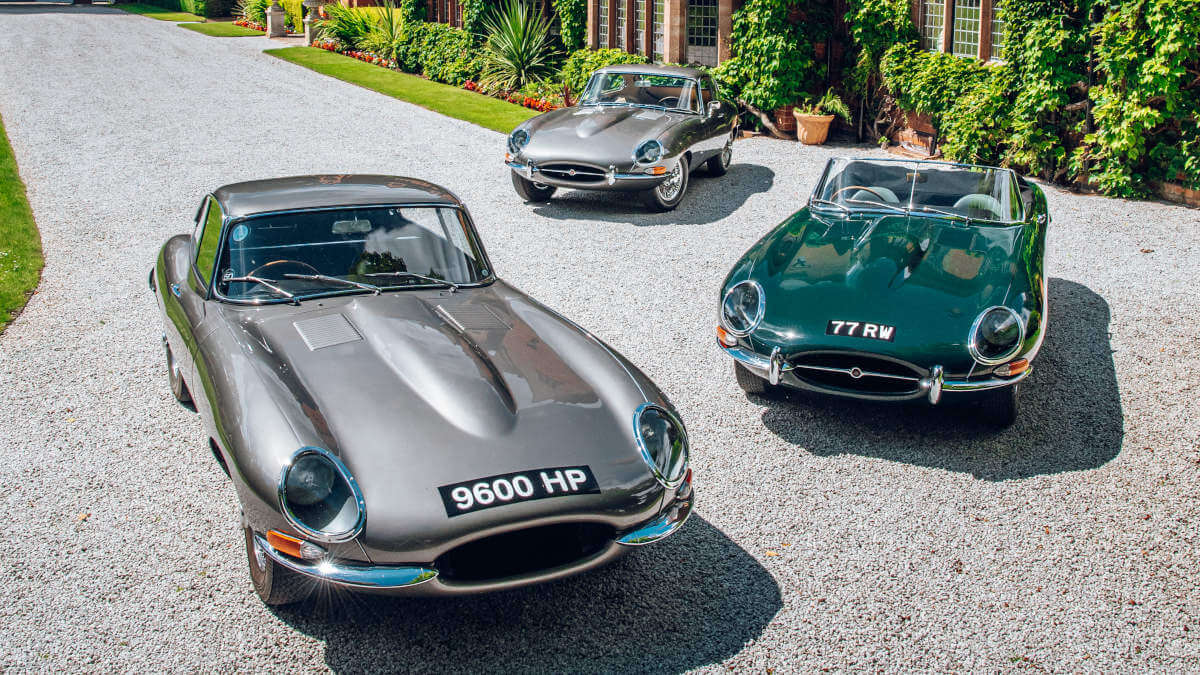 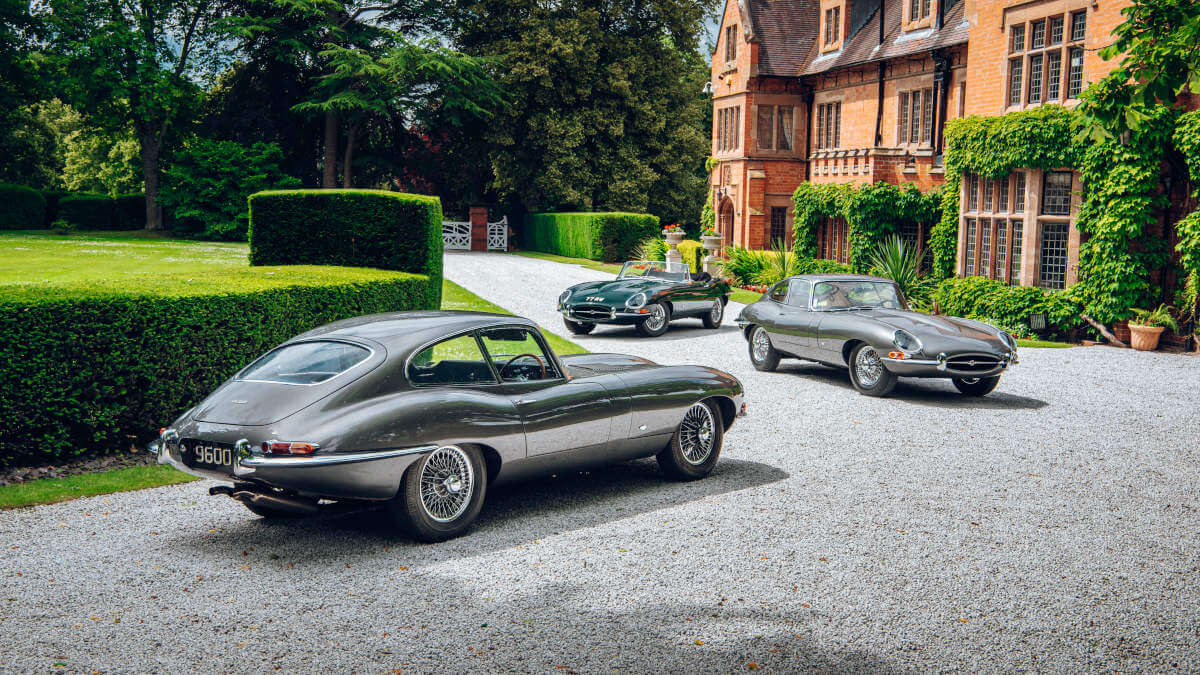 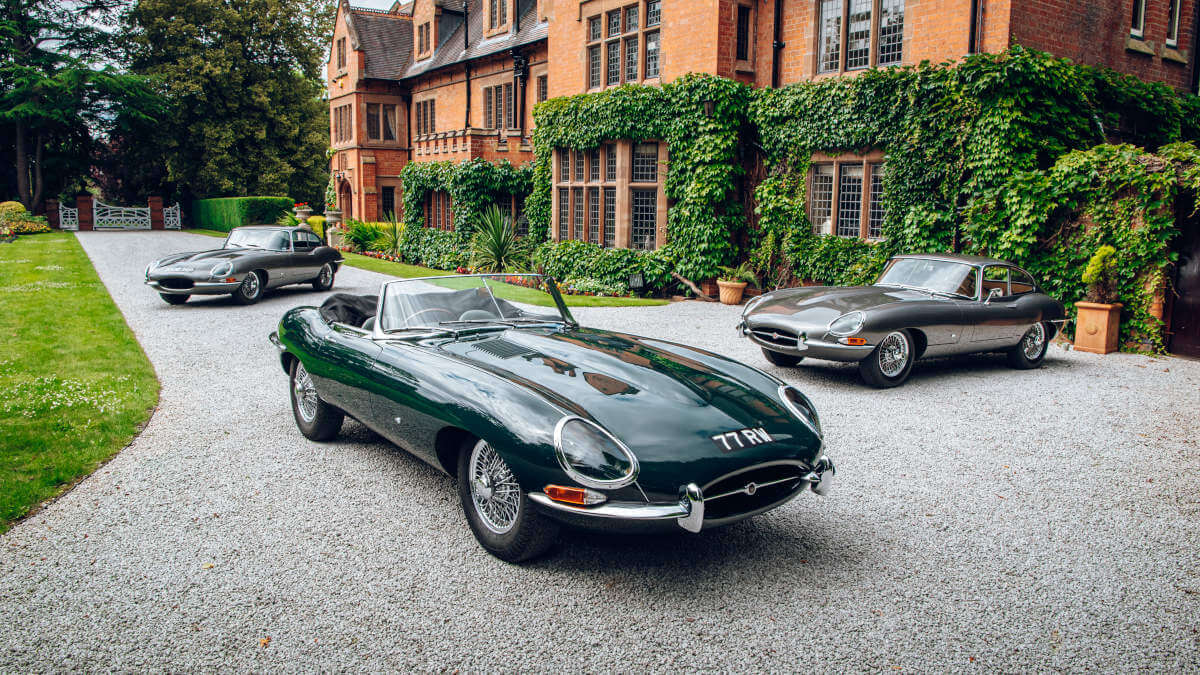 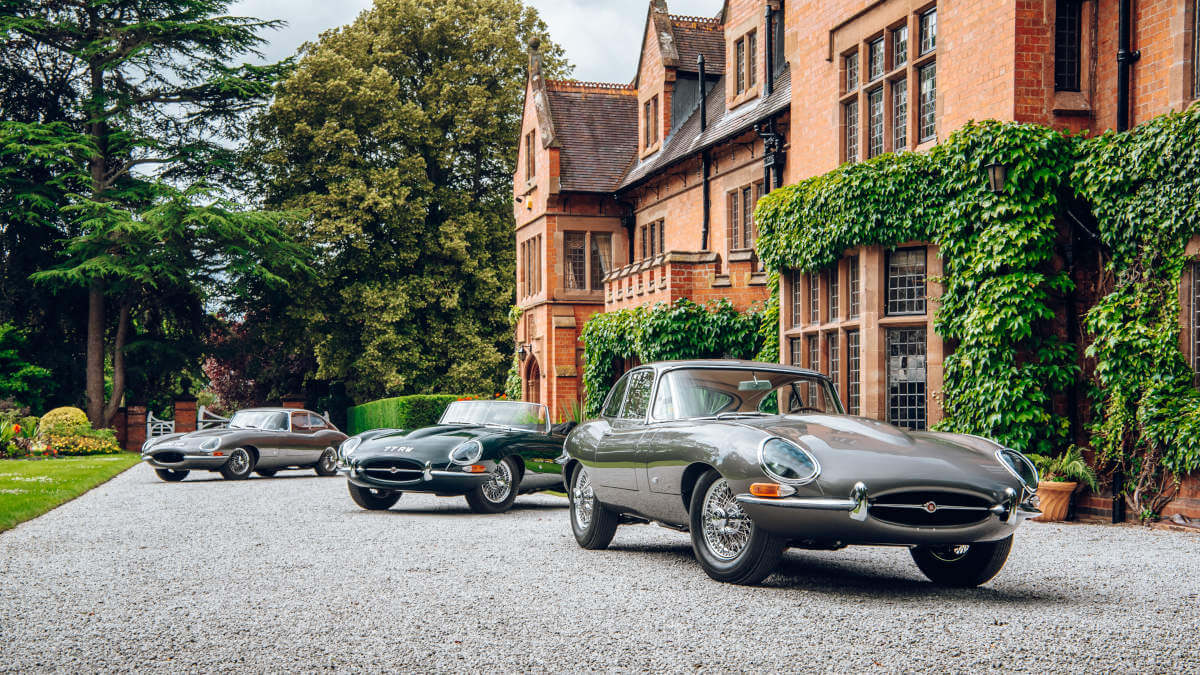 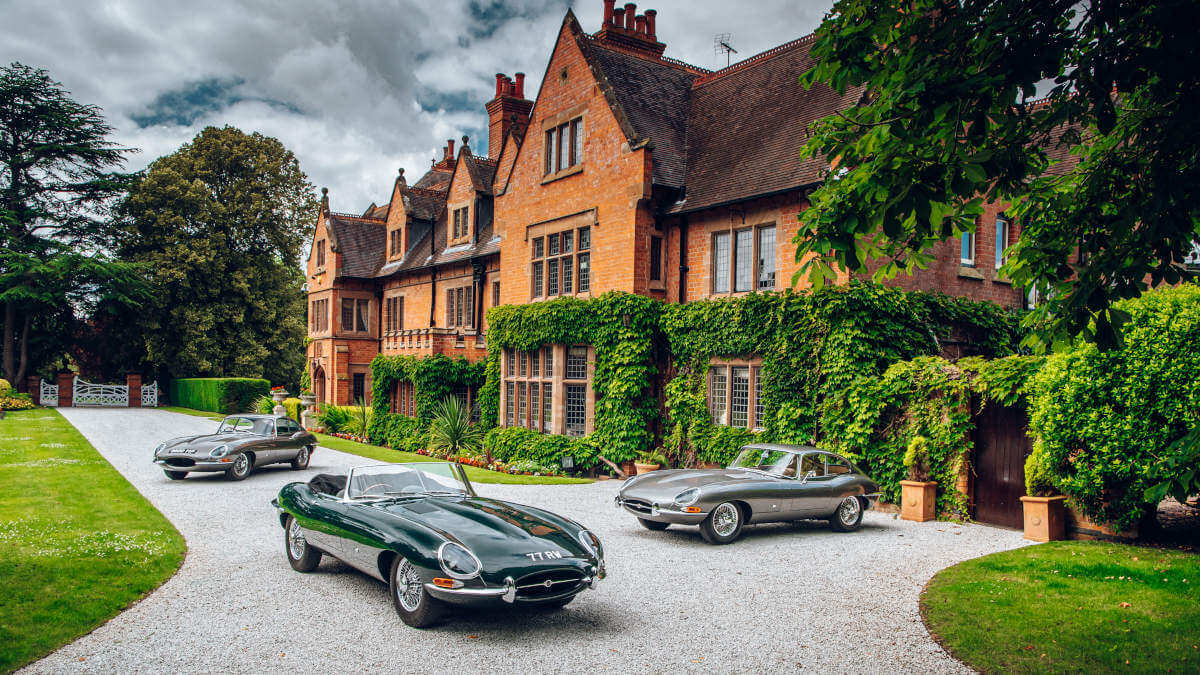 Two of the three cars from Geneva are well known. 9600HP and 77RW were ready for rides in front of the halls, which was gratefully accepted by the enthusiastic audience. The Coupé (9600HP) had a similar hussar ride behind it when it arrived in Geneva as the Roadster (77RW) faced a night later. Factory driver Bob Berry arrived just 20 minutes before the scheduled debut. Chief test driver Norman Dewis was ready the next morning, after driving through the night, to pilot potential customers directly through the surrounding Alps. According to his own statements, he set a best time on the set test route, which couldn’t be beaten even by other manufacturers. At the same time, another E-Type Coupé with chassis number 885005 was in the Geneva exhibition hall. Now, almost exactly 120 years after the birth of Sir Lyons, all three cars met again. While 77RW now belongs to the Jaguar Daimler Heritage Trust, the other two E-Types are in private collections.