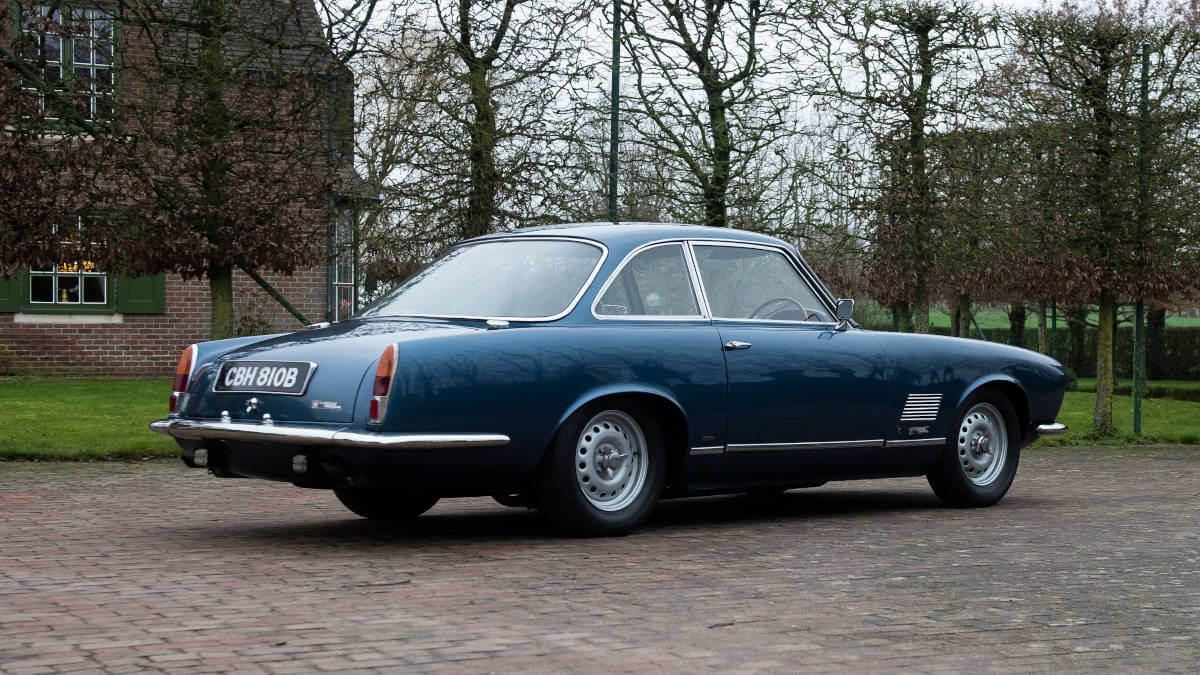 If there is one country whose automotive history is filled with many small-series manufacturers, it is probably Great Britain. Two of these brands can be found in the following story. In fact, in order to get to know the rare Gordon-Keeble GT, it’s necessary to mention its backstory. Or have you ever heard of this classic car? Probably not. So it’s time to take a closer look at this sports coupé. For this, we go back to the mid-1950s. John Gordon and James Byrnes founded their own sports car company Peerless and had Bernie Rodger design a car. This was called ‘Warwick’ as a prototype, but was simply renamed Peerless for the start of production in 1957. The engine of the Triumph TR3 was housed in an indepently designed tubular frame chassis made of rectangular tubes. A four-seater GRP body was built around it. About 325 examples were built up to 1960.

From Peerless to Gordon GT

One of the Peerless founders, John Gordon, secured the rights to the tubular frame chassis. Together with Jim Keeble, he set about developing a new sports car on this basis. This was preceded by a request from US Air Force pilot Nielsen, who asked for a V8 installed into his Peerless. For their own car, the Gordon GT, they originally envisaged a 3.5-liter V8 engine from Buick. However, as development work progressed, they swung to a Chevrolet V8 for a variety of reasons. Initially, it was to be the 4.6-liter powerplant from the Corvette, but ultimately they ended up with the 5.4-liter V8. The chassis consisted of an independent suspension with two unequal-length triangular wishbones at the front and a De-Dion-axle with four trailing arms at the rear. To keep the power in check, the car received disc brakes all around.

Design by Giugiaro at Bertone

For the body design, Gordon and Keeble turned to the Italian design house Bertone. A certain Giorgetto Giugiaro was working there at the time. He created an elegant coupé with four five-inch round headlights and small tail fins with integrated taillights. For the first prototype, these shapes were created from sheet steel in just 27 days. For cost reasons, however, the company decided to produce the customer cars from fiberglass-reinforced plastic. For this purpose, they teamed up with the small coachbuilder Williams & Pritchard Limited. The Gordon GT made its debut on the Bertone stand at the 1960 Geneva Motor Show. After a few test and development drives, some even with journalists behind the wheel, the car was shipped to the USA to be demonstrated to the Chevrolet board. The latter finally agreed to supply the engines and transmissions. 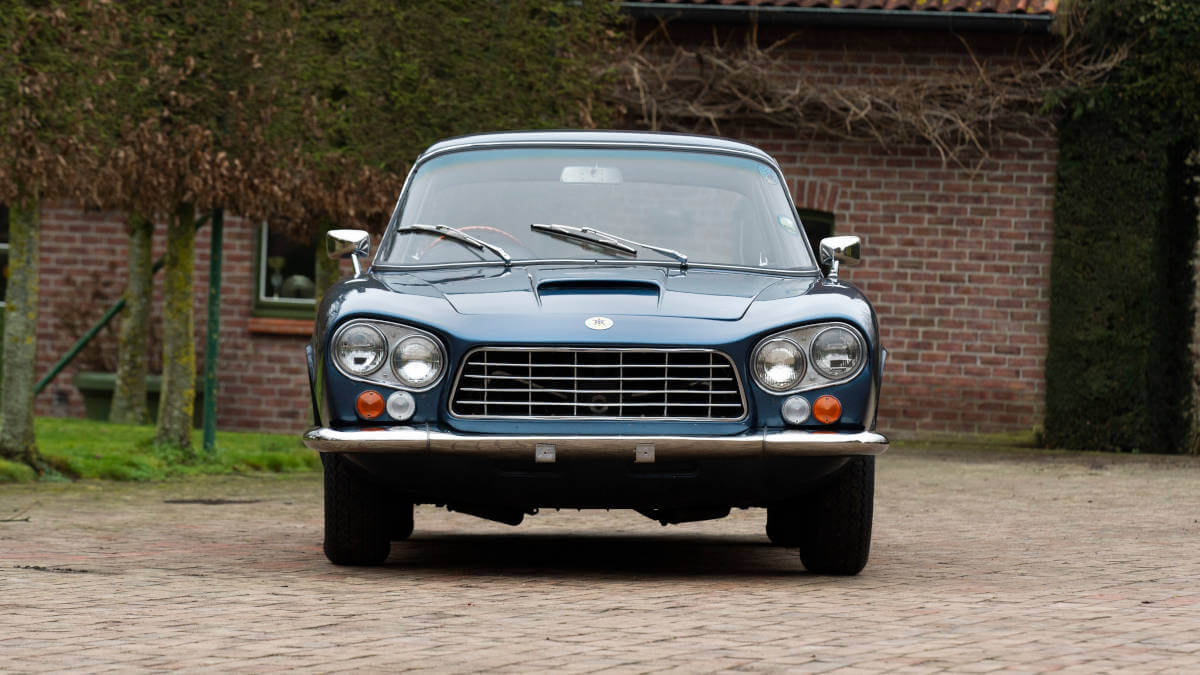 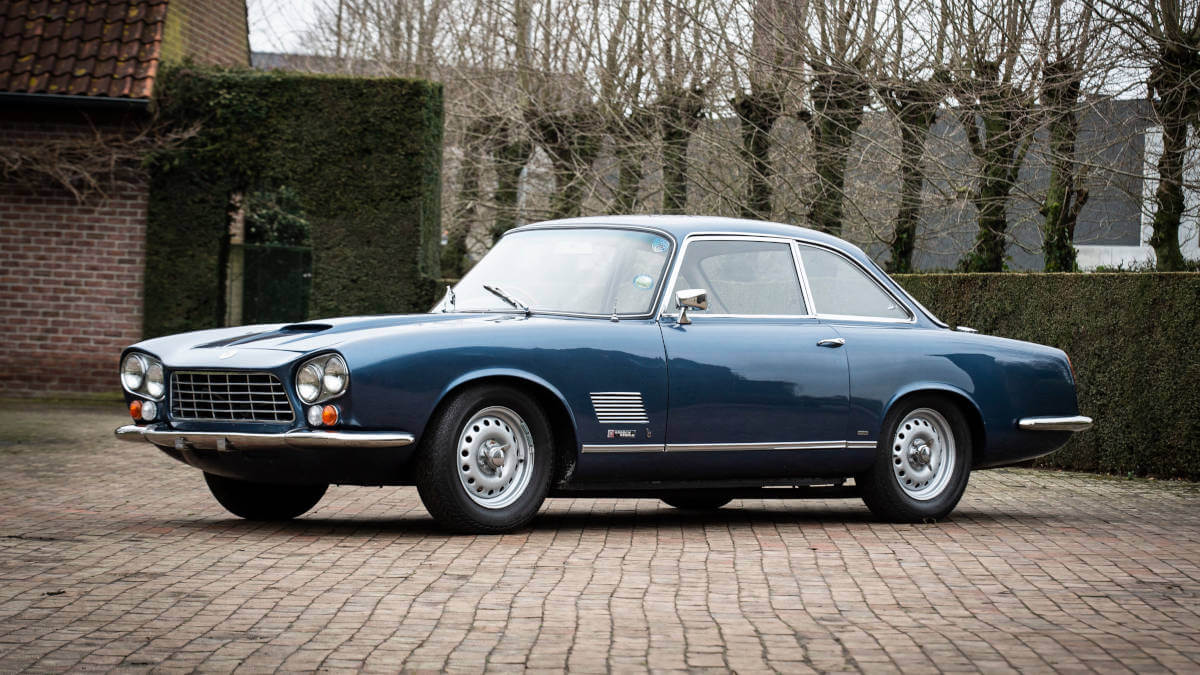 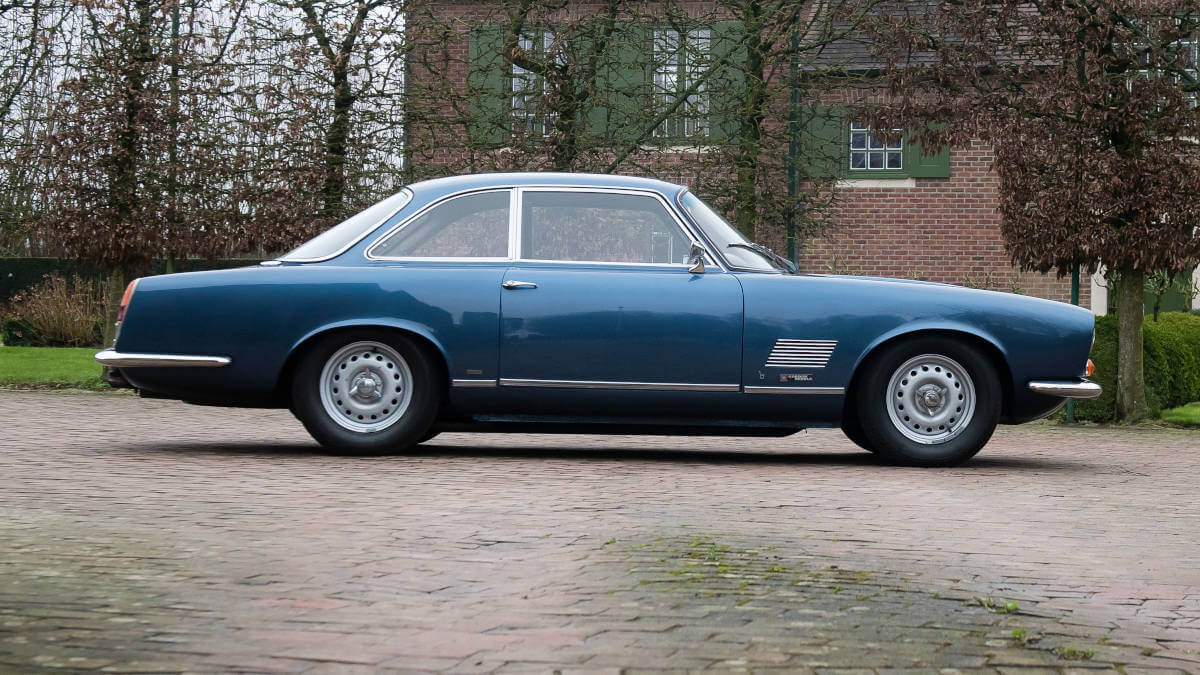 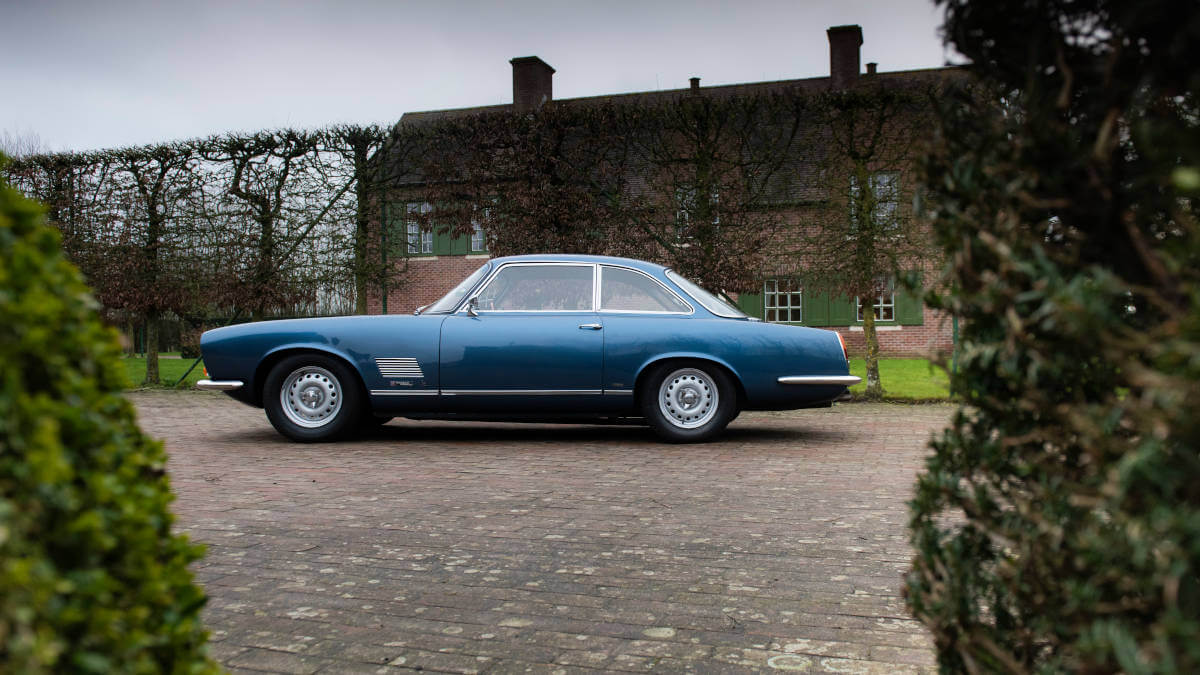 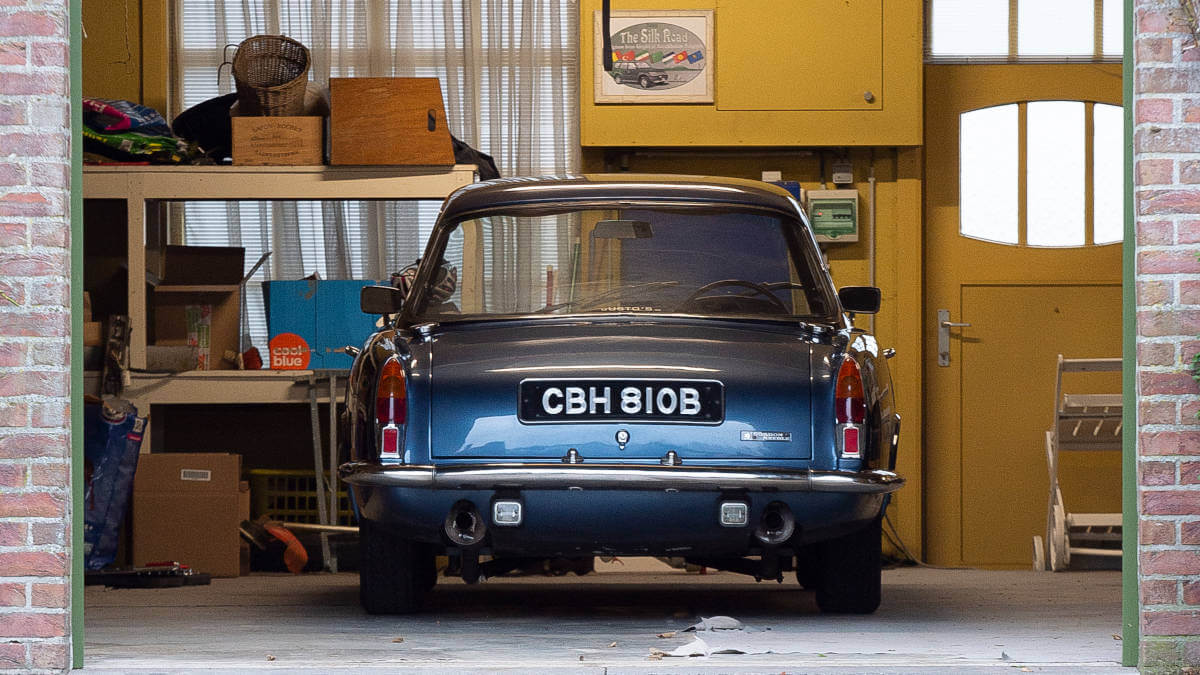 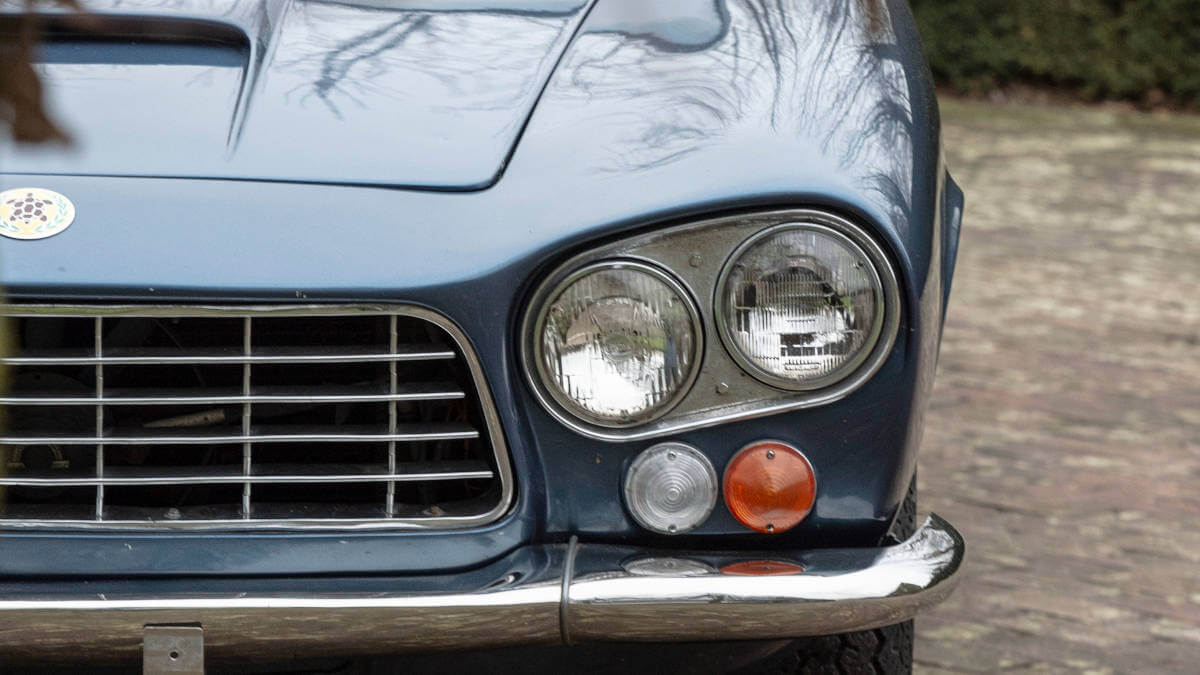 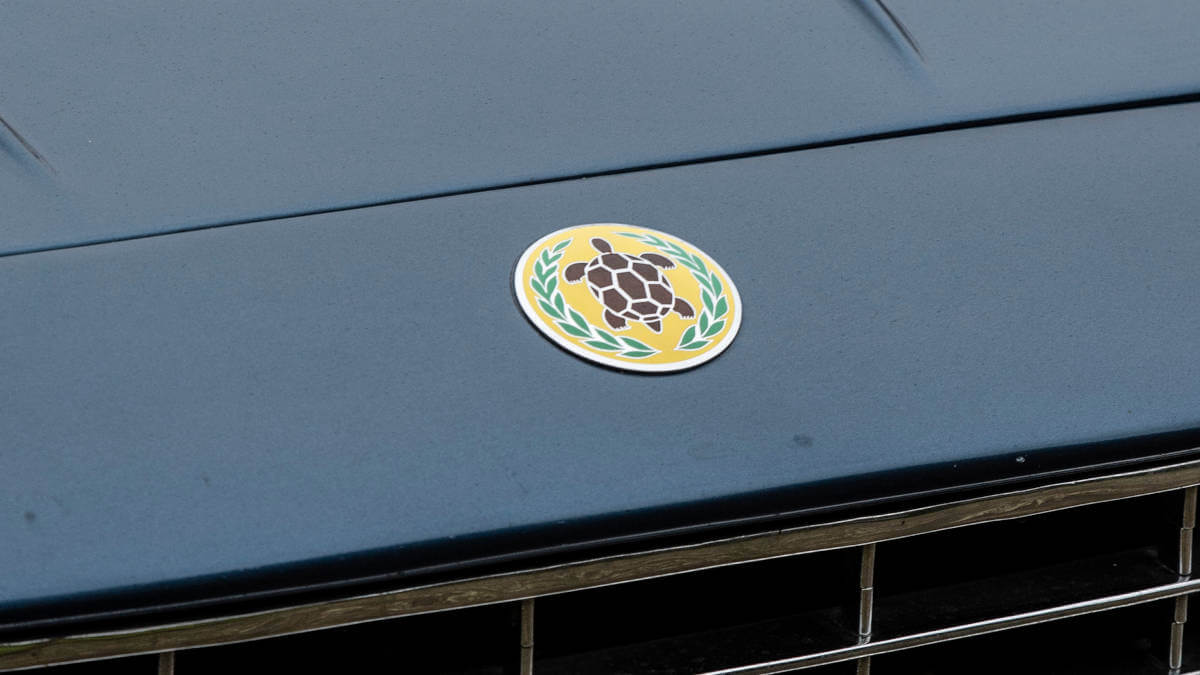 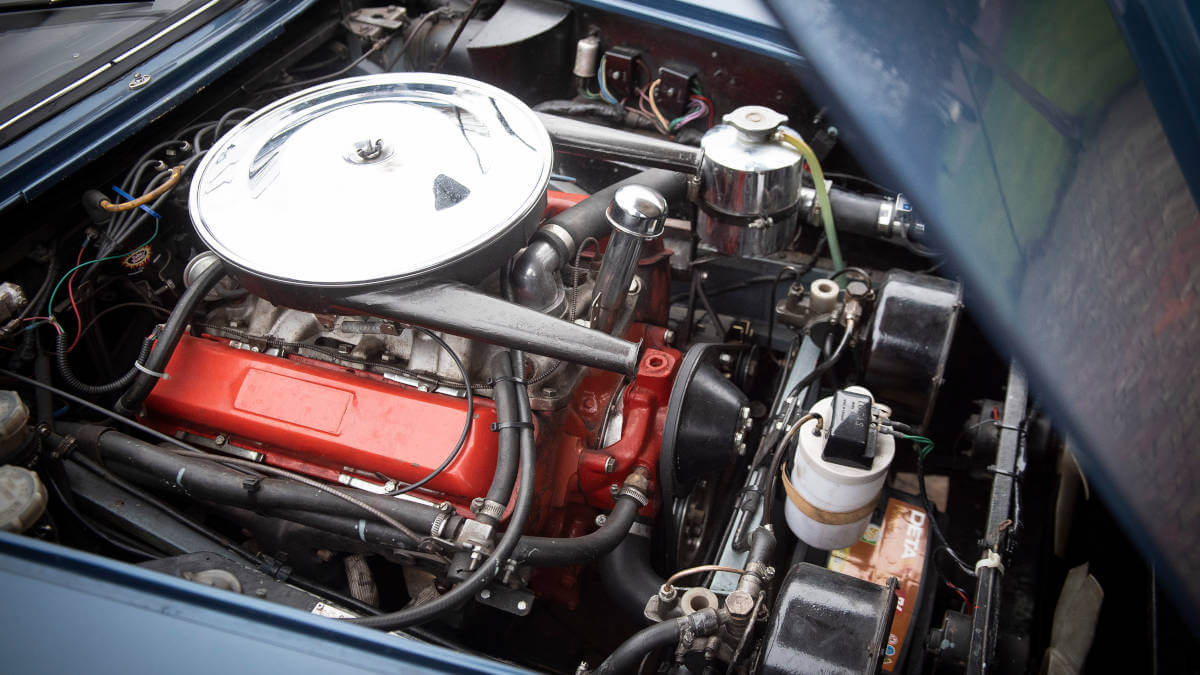 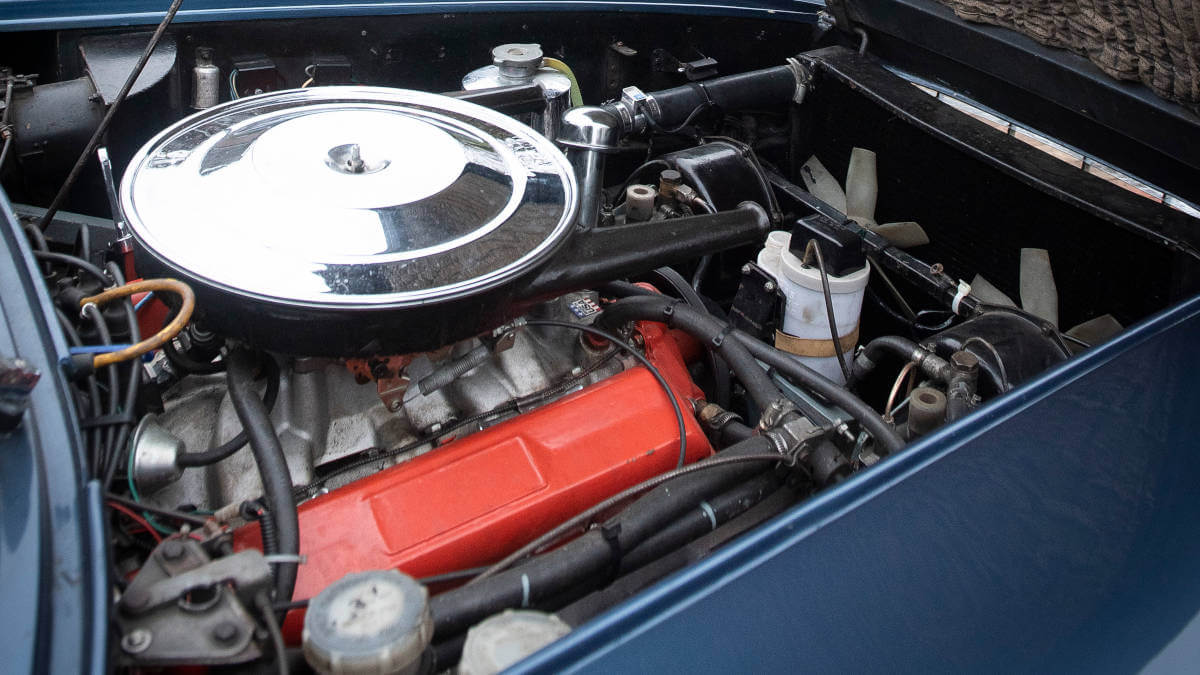 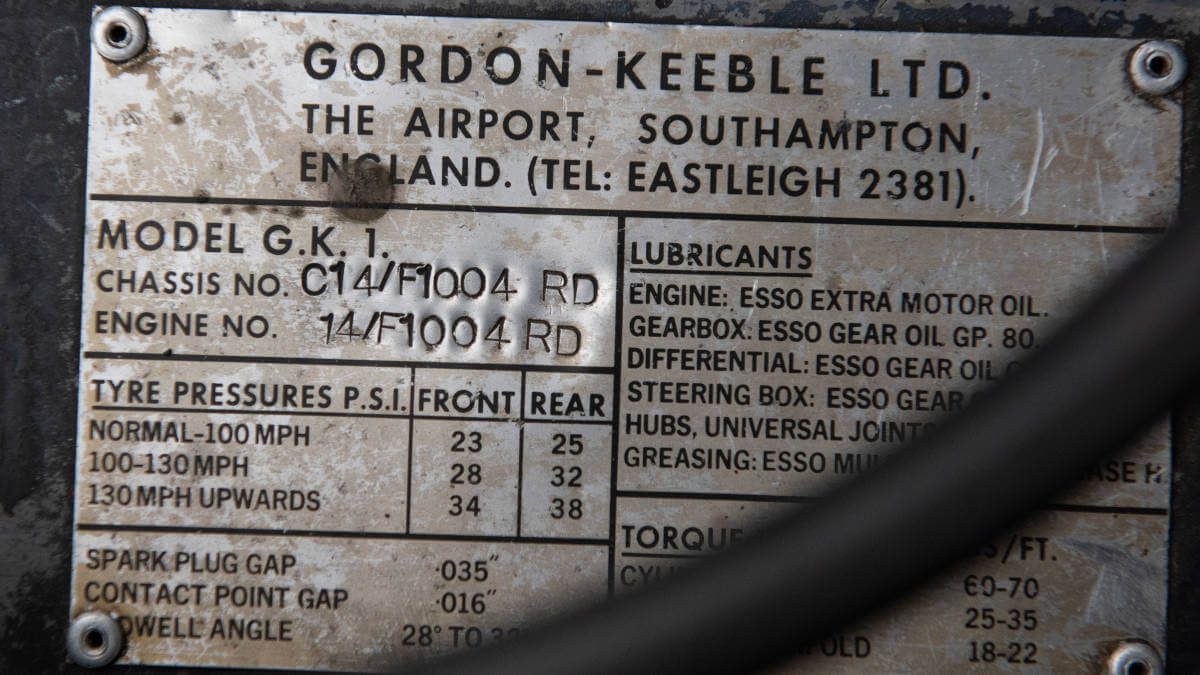 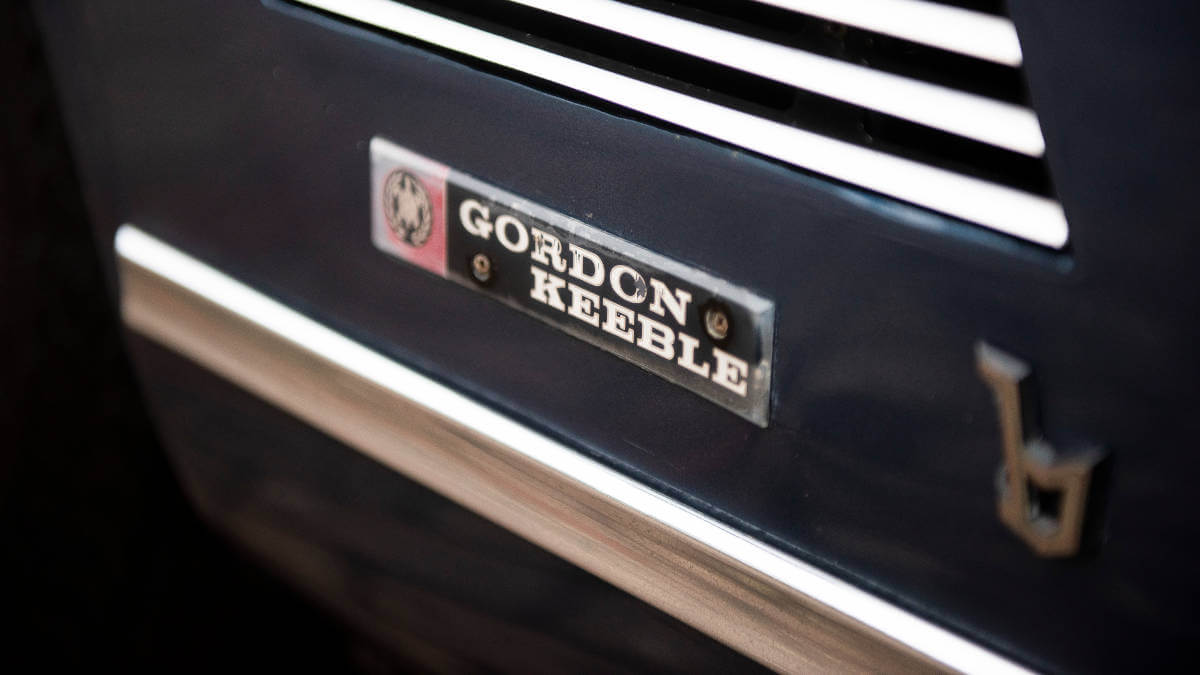 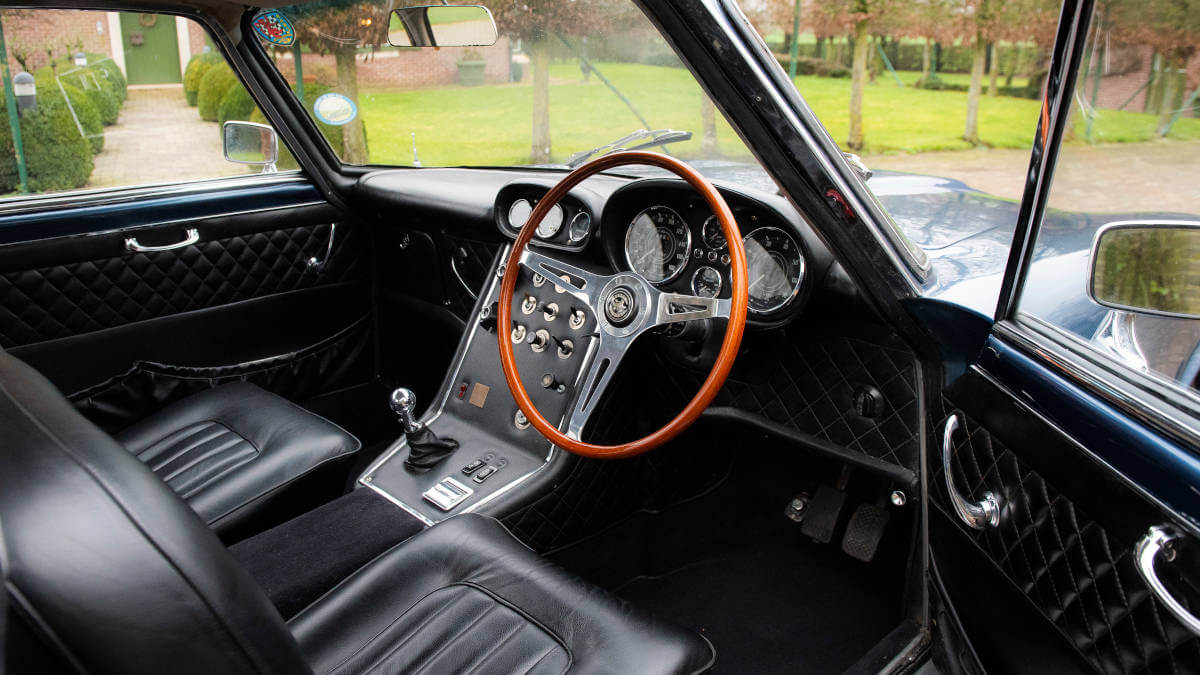 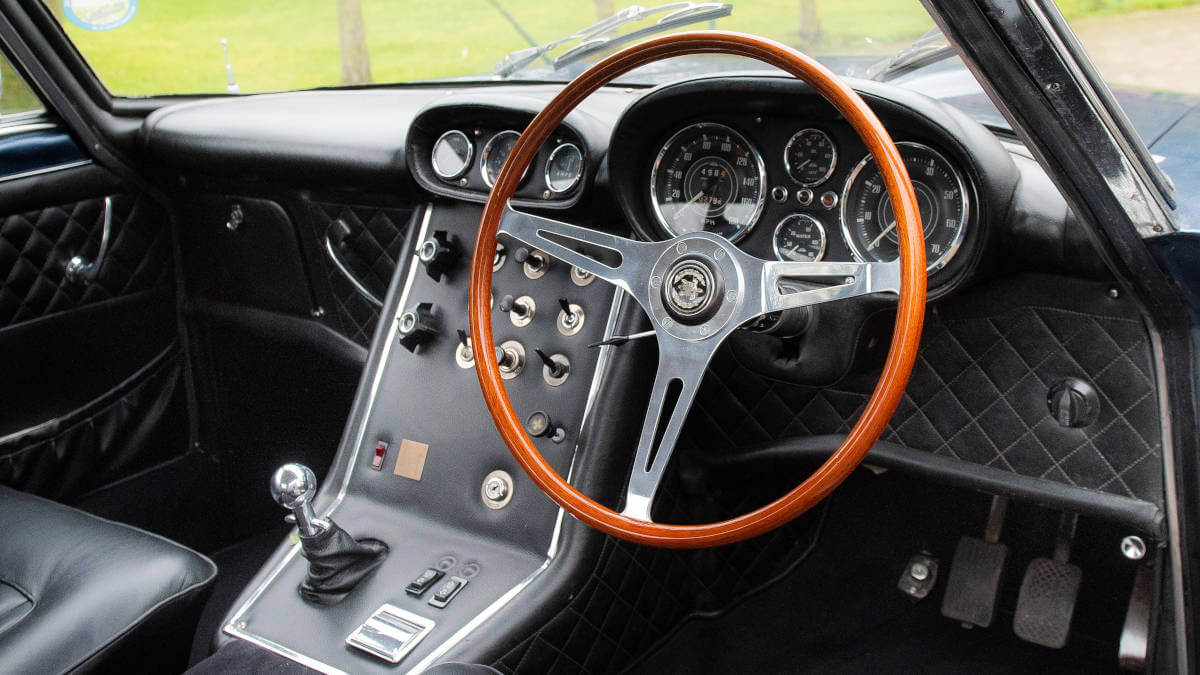 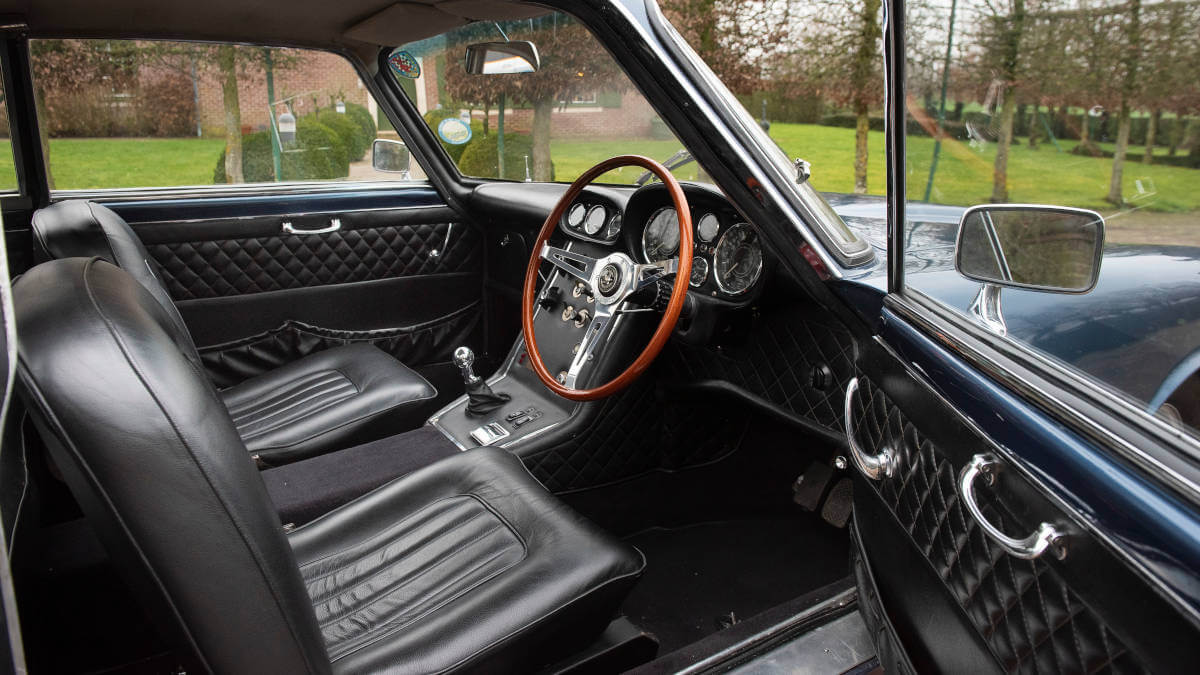 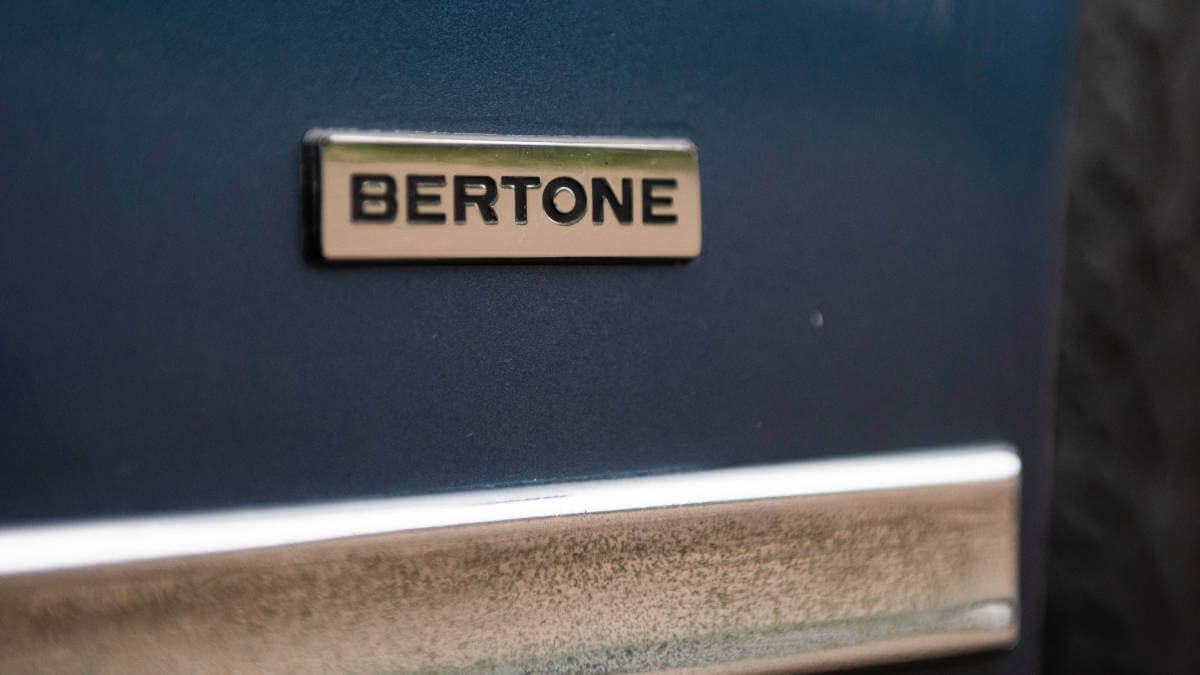 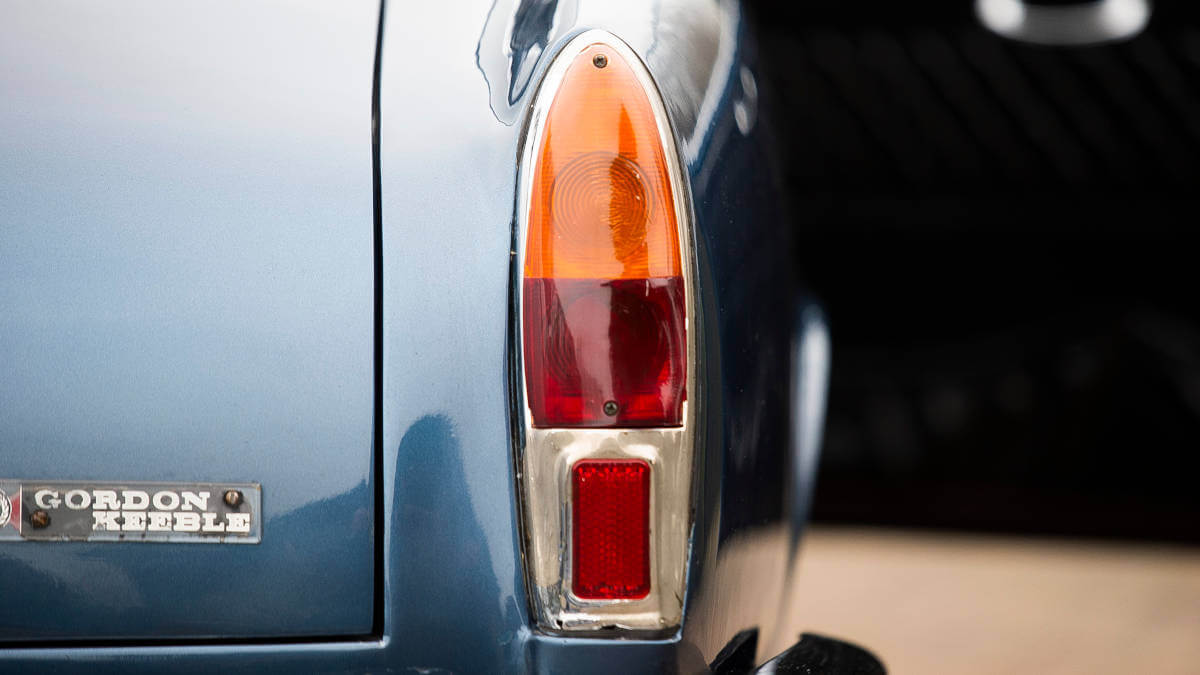 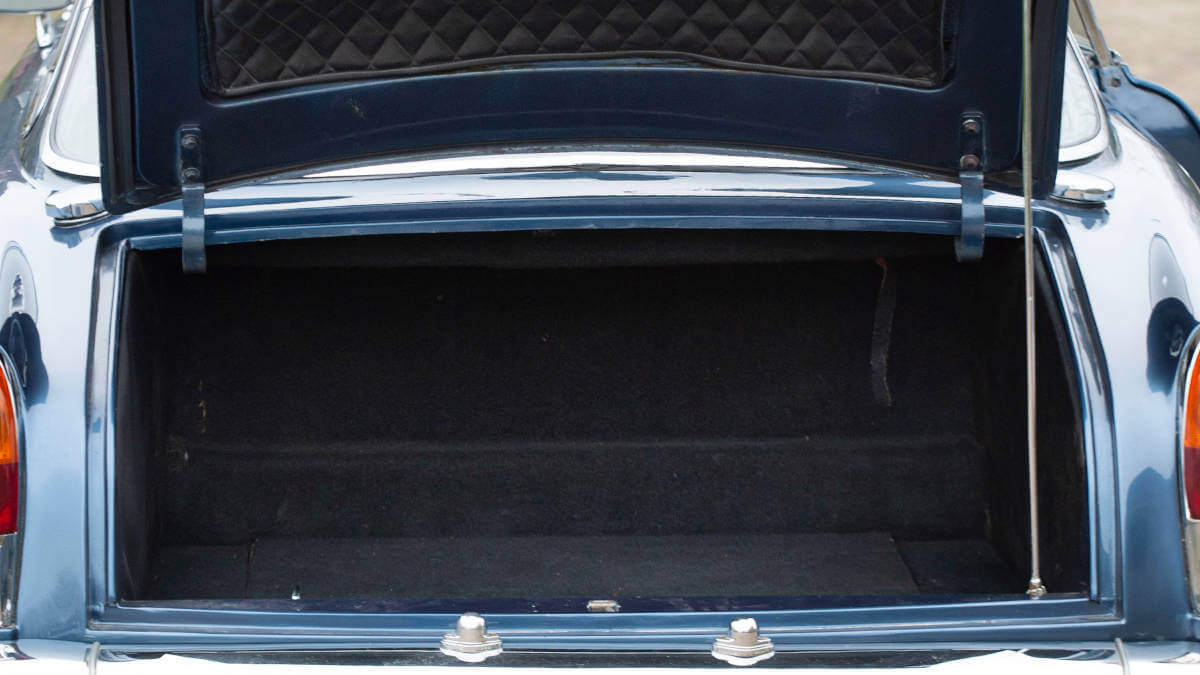 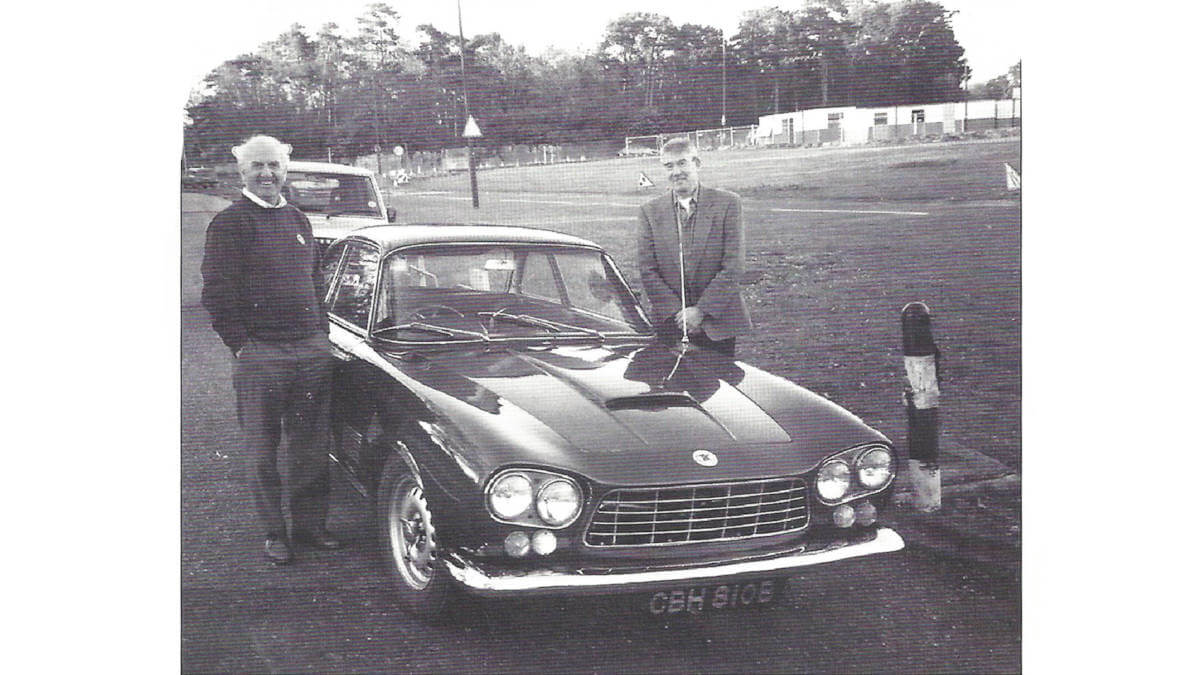 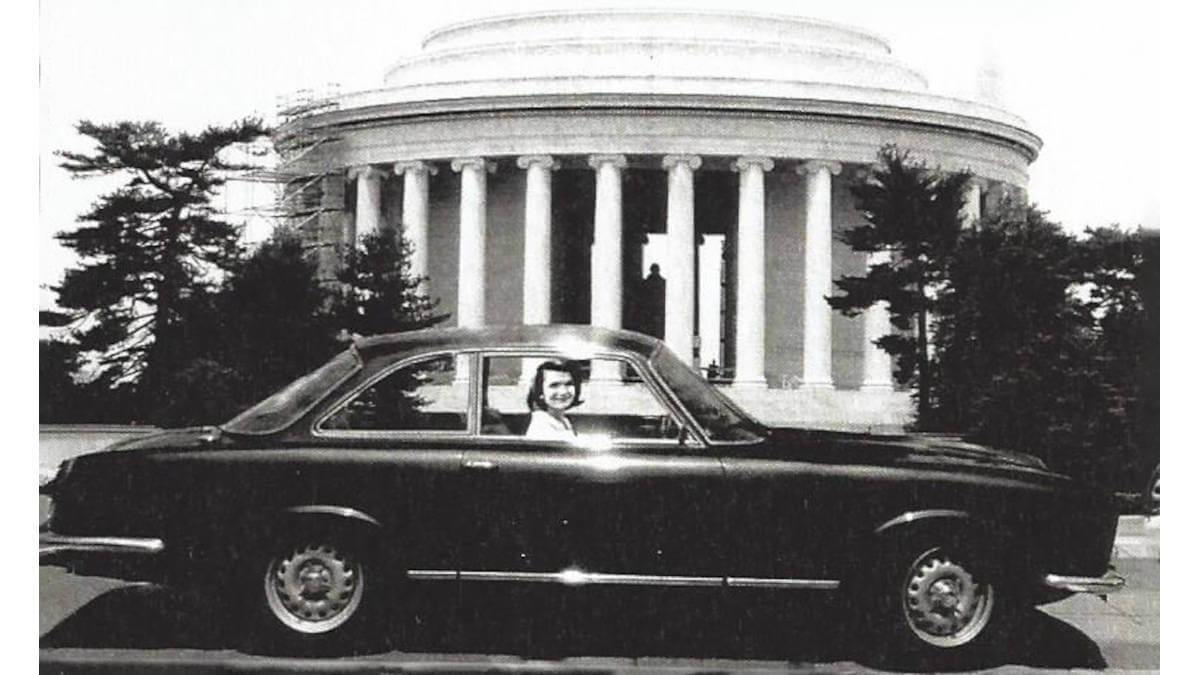 In the course of development, a team photo was to be created. Rumor had it that a turtoise ran into the picture, which someone kept as a a pet. They took this irony as an opportunity to create an unusual band logo that still elicits incredulous looks today. A brown turtle sits on a yellow background, framed by two green branches. On the side of the front fenders sat Bertone’s familiar ‘b’ logo and an emblem with the brand name written out. To make sure the viewer really recognized the Italian design house, the Bertone name was shown in front of the rear wheels.

After a pilot run of around 90 vehicles, problems arose with some suppliers. Specifically, it was a strike at Adwest, the supplier for the steering system. Due to the lack of components and accumulating costs, Gordon and Keeble eventually had to file for bankruptcy. The already finished cars were offered at the then high price of £ 2,798 as the Gordon-Keeble GT. Two buyers were found for the remains of the company in Geoffrey West and Harold Smith. After a change of name to Keeble Cars Ltd., a further nine examples of the GT were built until 1966. In 1967, the employees built a final car from spare parts. The following year, the American John de Bruyne bought the production rights and showed two cars with his own logo at the New York Auto Show. However, he simply had the emblems replaced on existing cars. His own production run was planned but never happened. All cars ever built are RHD.

On March 3, Bonhams will auction a Gordon-Keeble GT. It is chassis number 14, delivered in 1964 to William David Ormsby-Gore, the fifth Baron Harlech. A Conservative politician, he went to work as a diplomat at the British Embassy in Washington, D.C. from 1961 to 1965. His Gordon-Keeble was registered in the UK to licensplate CBH810B and then shipped to the United States. His close friendship with the Kennedy family resulted in Jackie driving the car a few times. After her husband’s assassination, Harlech and Jackie became a couple, but she turned down a marriage proposal. Starting in the early 1970s, back in the UK, the Gordon-Keeble changed hands a few times and was involved in a minor accident in 1975. Repaired and restored, the car held up superbly over time and left the British Isles for continental Europe in 2013. Now the car is to find a new owner. Bonhams puts the estimate at 90,000 to 120,000 €.