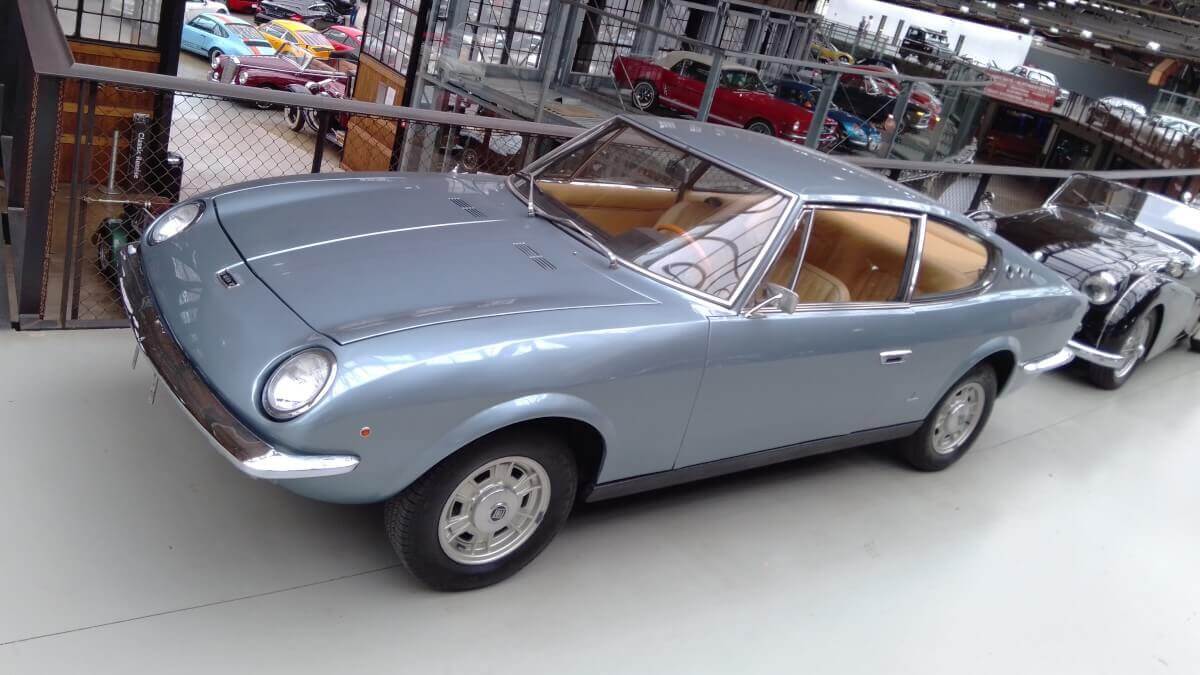 Nowadays, when a Fiat 125 rolls into the parking lot of a classic car show, one can hardly expect storms of enthusiasm. With this simple, angular sedan, the Italian car company inherited the Fiat 1300, 1500 and 1800 in the middle class in 1967. In addition to the four-door sedan, a number of other bodies were available ex works or from external coachbuilders. Next to that, there were licensed builds like the Lada 2107, the Zastava 125 PZ or the FSO Polski-Fiat 125p. While the basic form was accepted as typical for the outgoing 60s, in Western Europe at least the extensive standard equipment in connection with the relatively low basic price could convince many customers. Those who wanted to have nice shapes as well, had to turn to Vignale from Turin. When Fiat, one year after the world premiere of the 125 with its 1.6-liter, 90 hp four-cylinder engine, pushed a more powerful version with sharper camshafts, new manifold, modified cylinder head and other carburettors, the coachbuilder scented his chance. The 100 hp 125S (for Special) was from then on the basis for a beautiful four-seater Coupé, which Vignale was allowed to offer directly through larger Fiat dealerships in some countries, while in Italy, for example, independent Vignale stores existed.

Samantha, as the beautiful car was called, cost as much as a 15,000 DM in 1969, about twice as much as a normal 125S, and was given its breathtaking forms by the young designer Virginio Vairo. Some other designs by him are better known today, Maserati Mexico and Maserati Indy for example. At the Samantha, he integrated round pop-up headlights into a wedge-shaped front end with a long bonnet. This is pierced by a recess that starts at the logo and extends to the windscreen. Above the waistline, a further bead runs from the upper edge of the bonnet, which serves as the lower edge of the side windows and only ends at the rear end above the taillights of the 125 sedan. The C-pillars carry three round fake openings. Interestingly, the doors are identical to the Jensen Interceptor. This British sports car got its design from Touring, but was initially produced by Vignale for a while. Presumably there were some spare parts standing around afterwards and could be used for other projects. 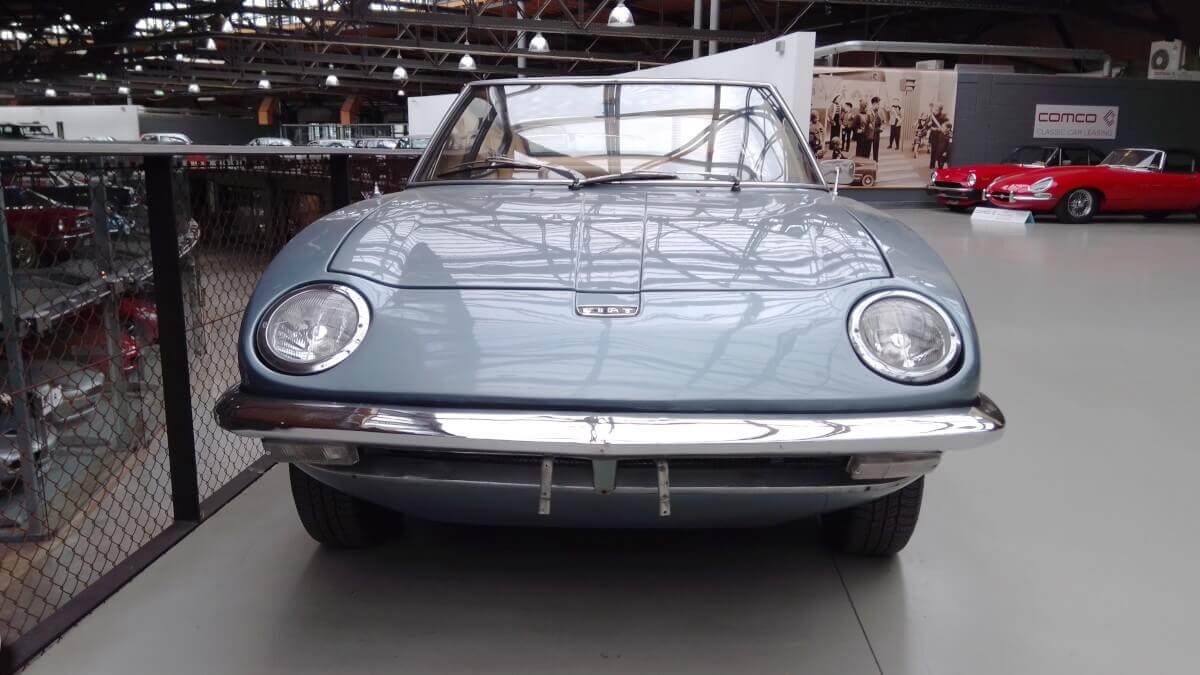 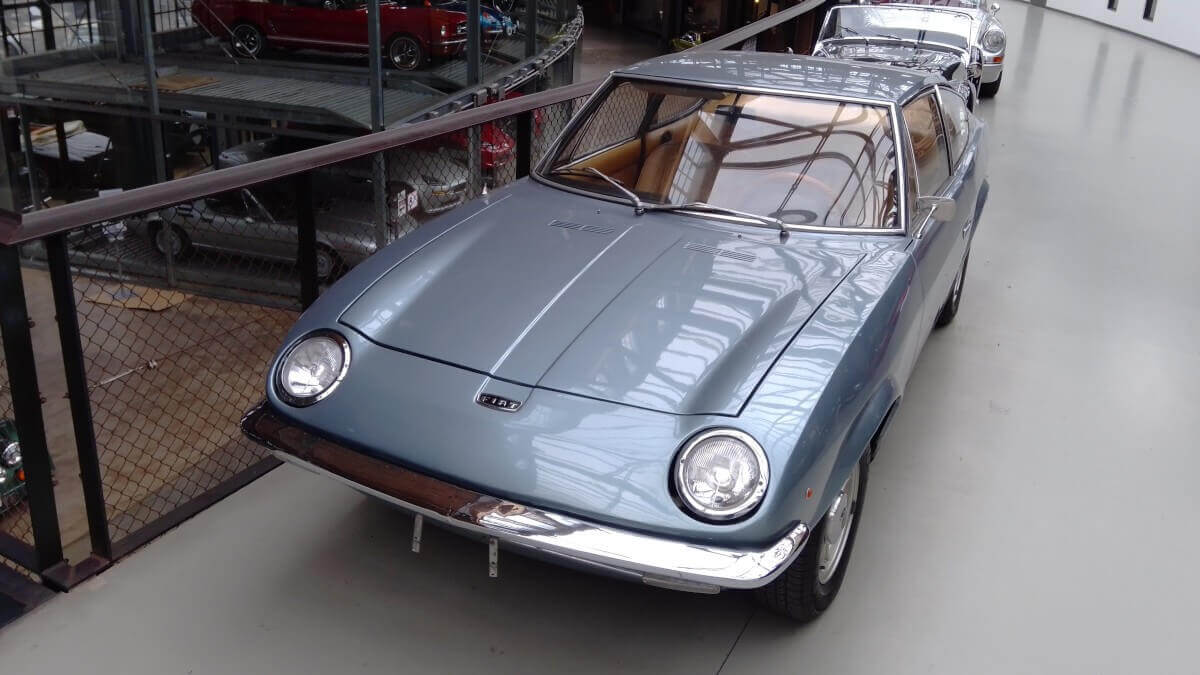 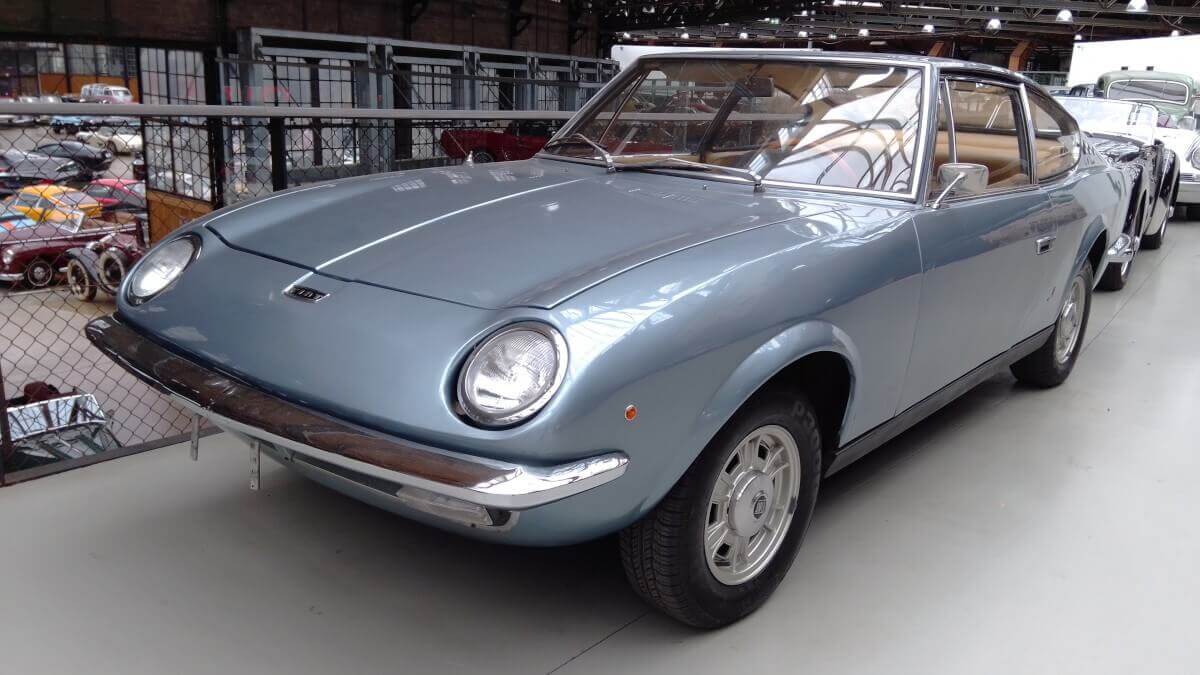 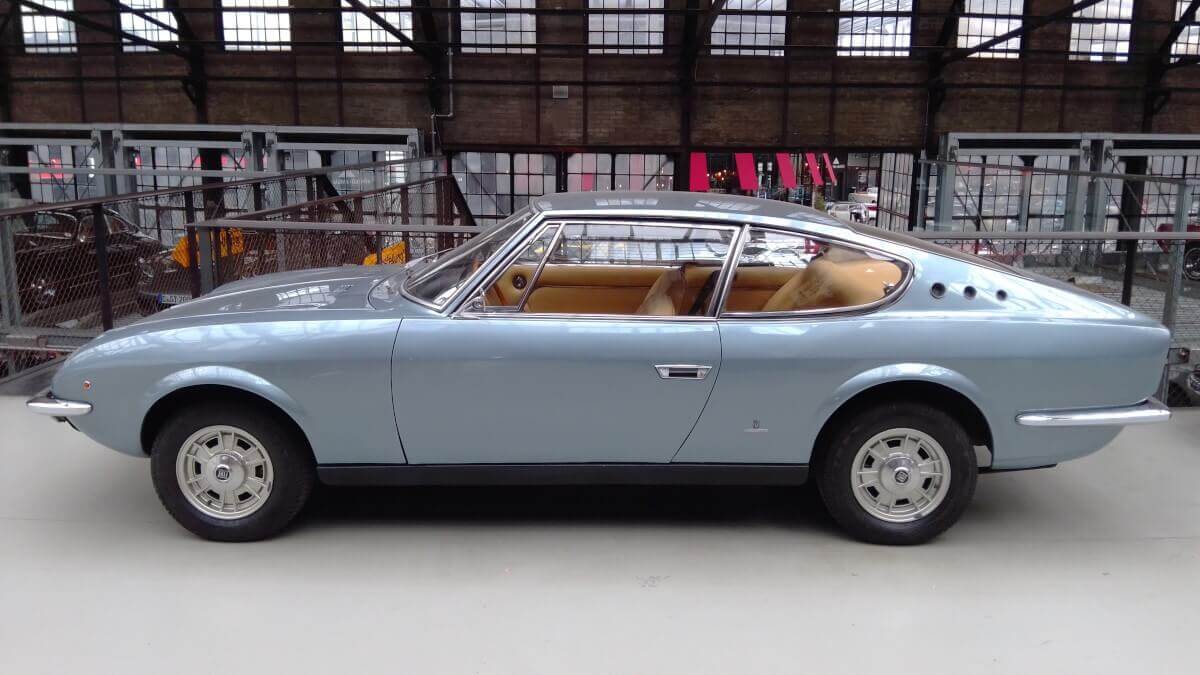 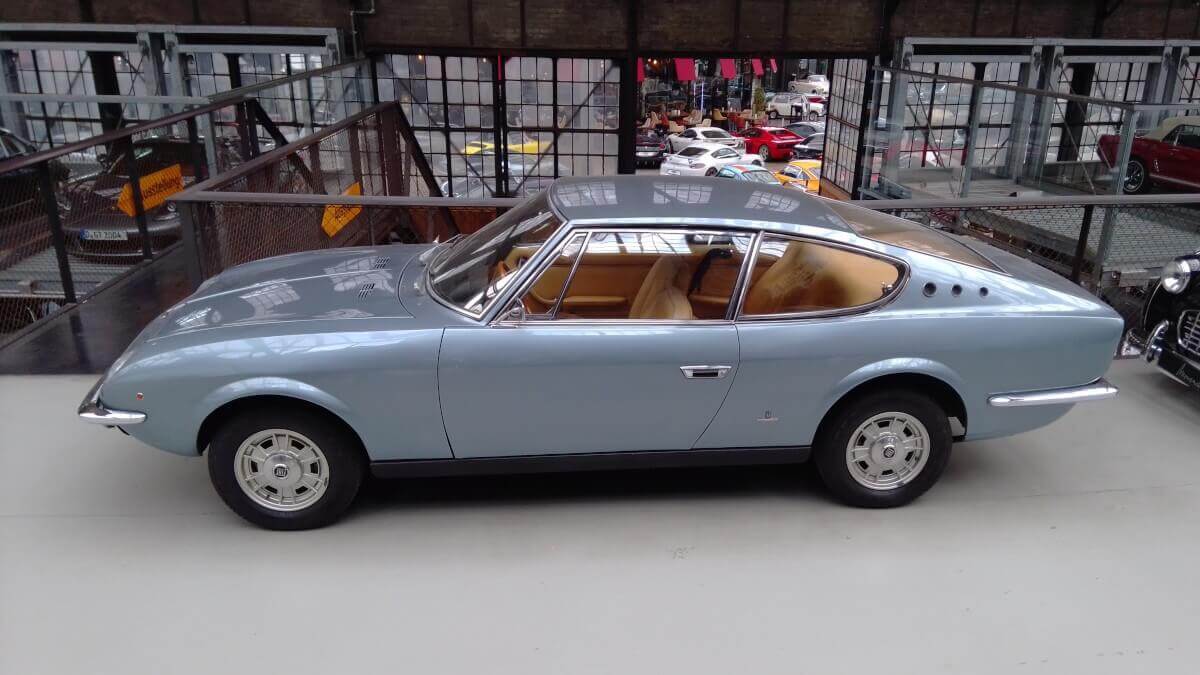 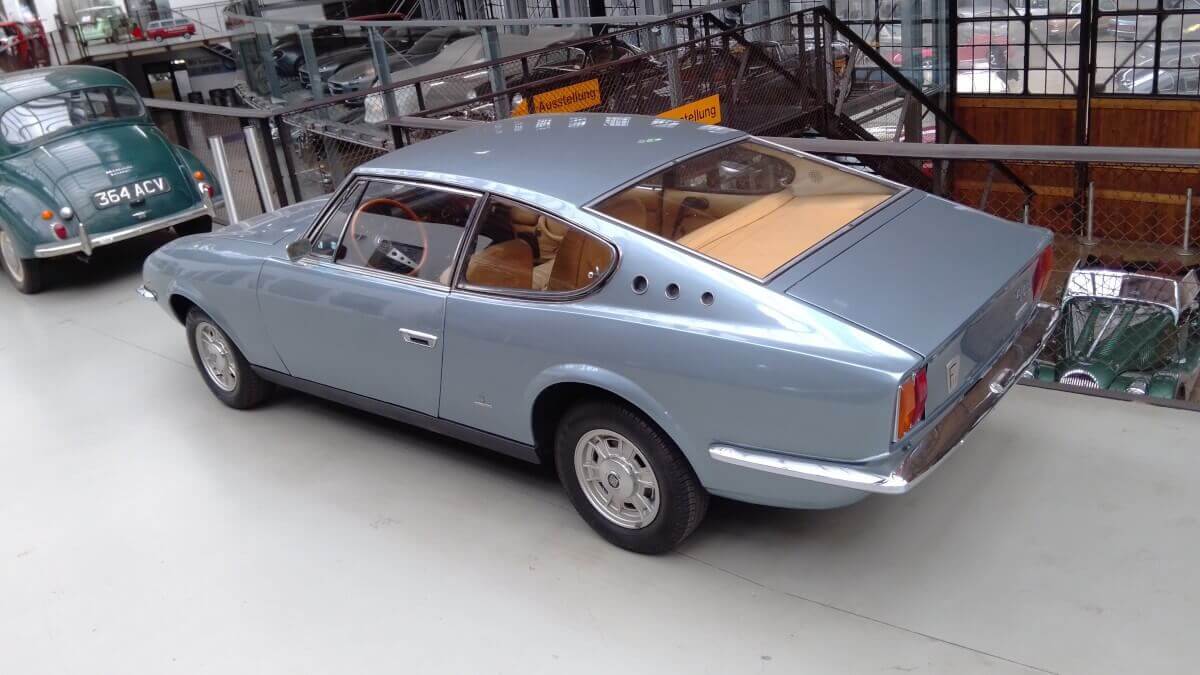 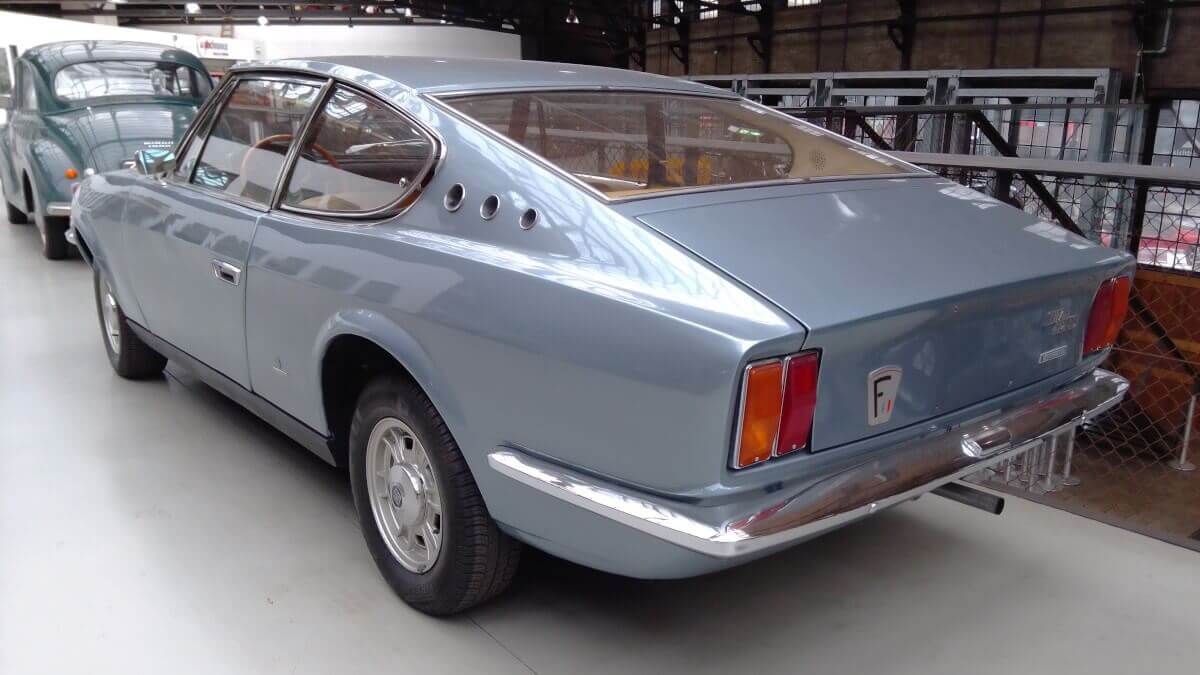 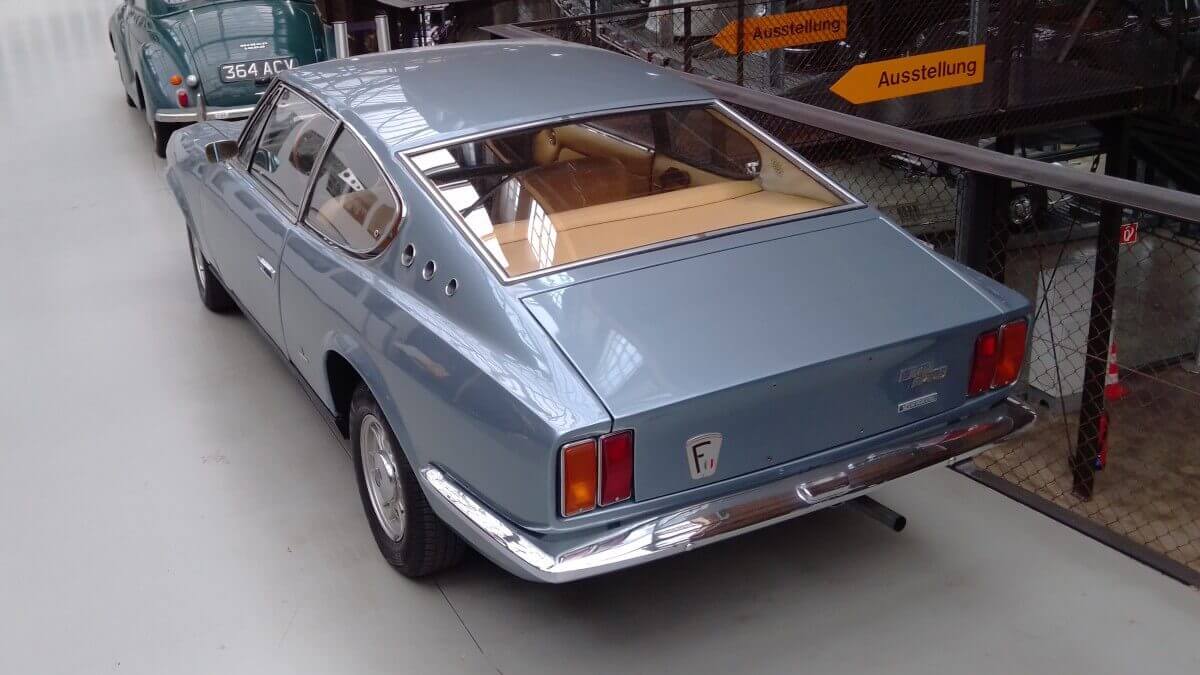 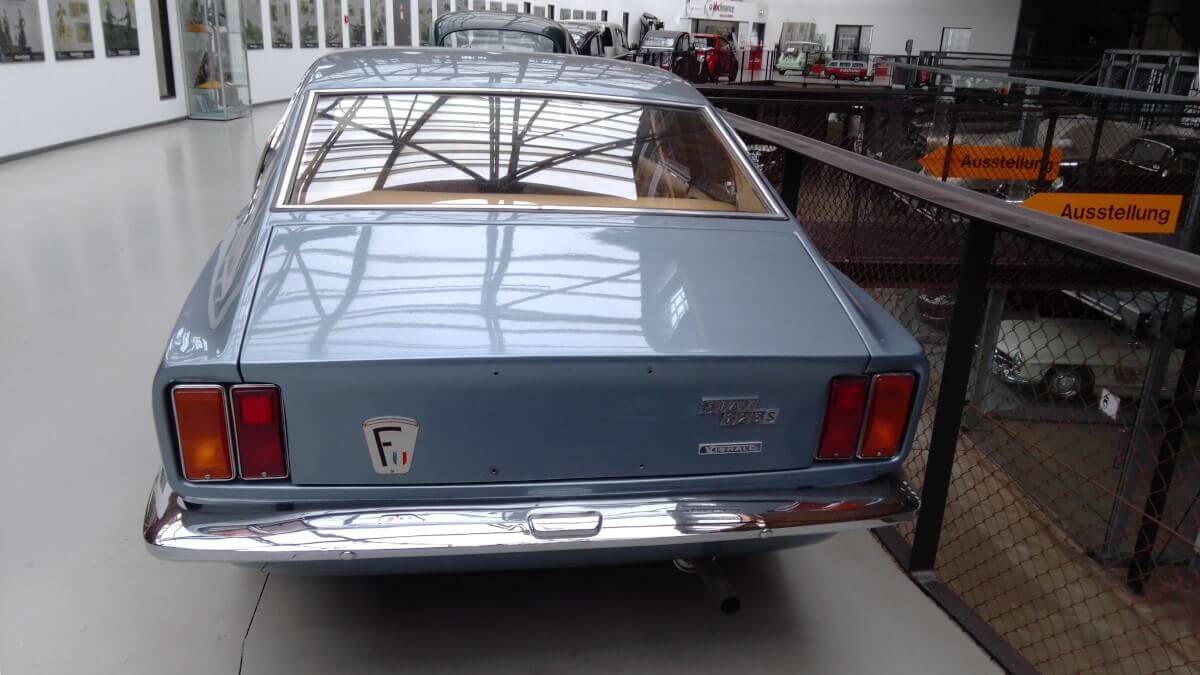 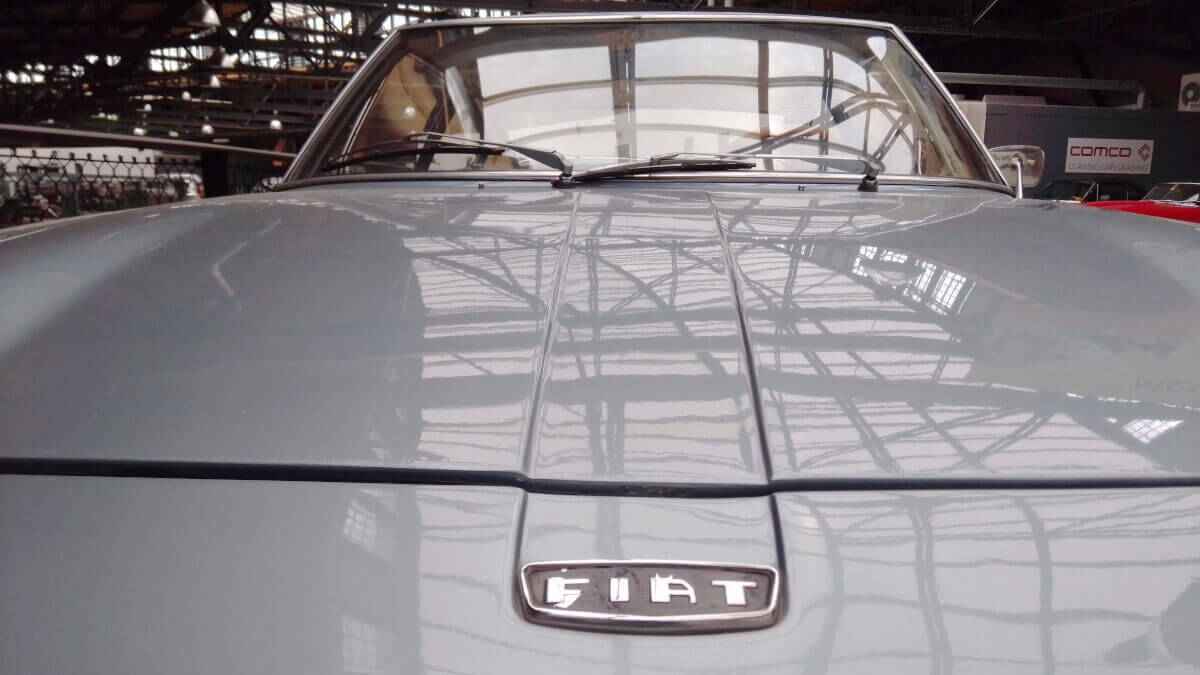 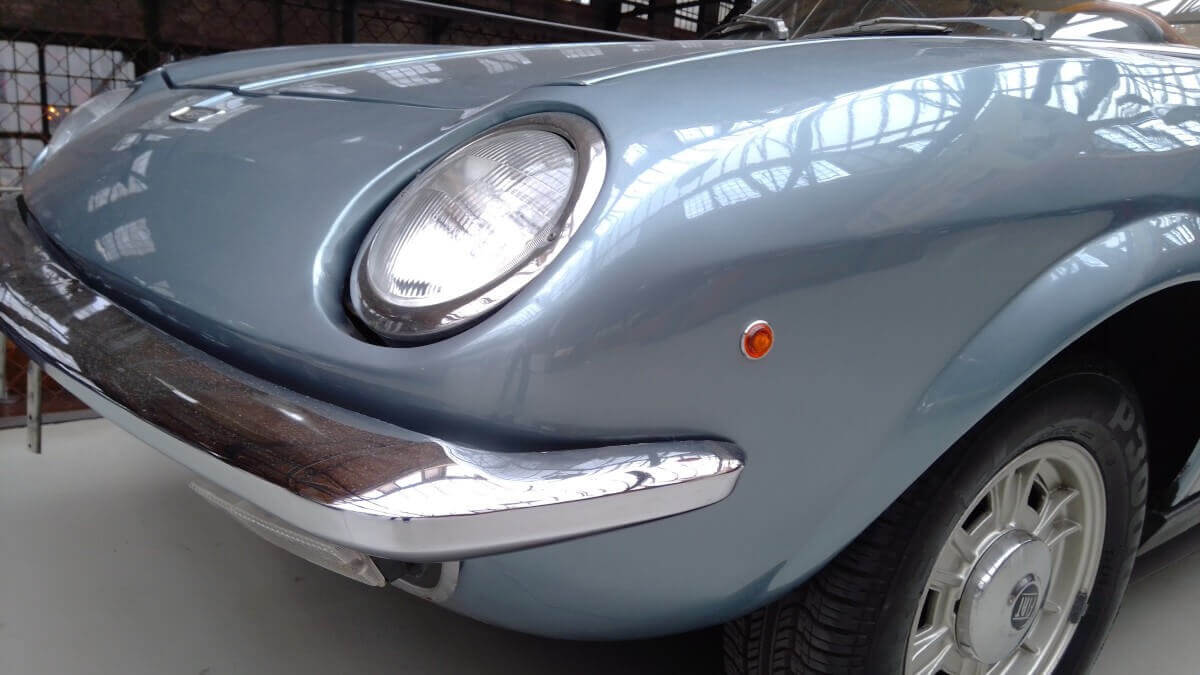 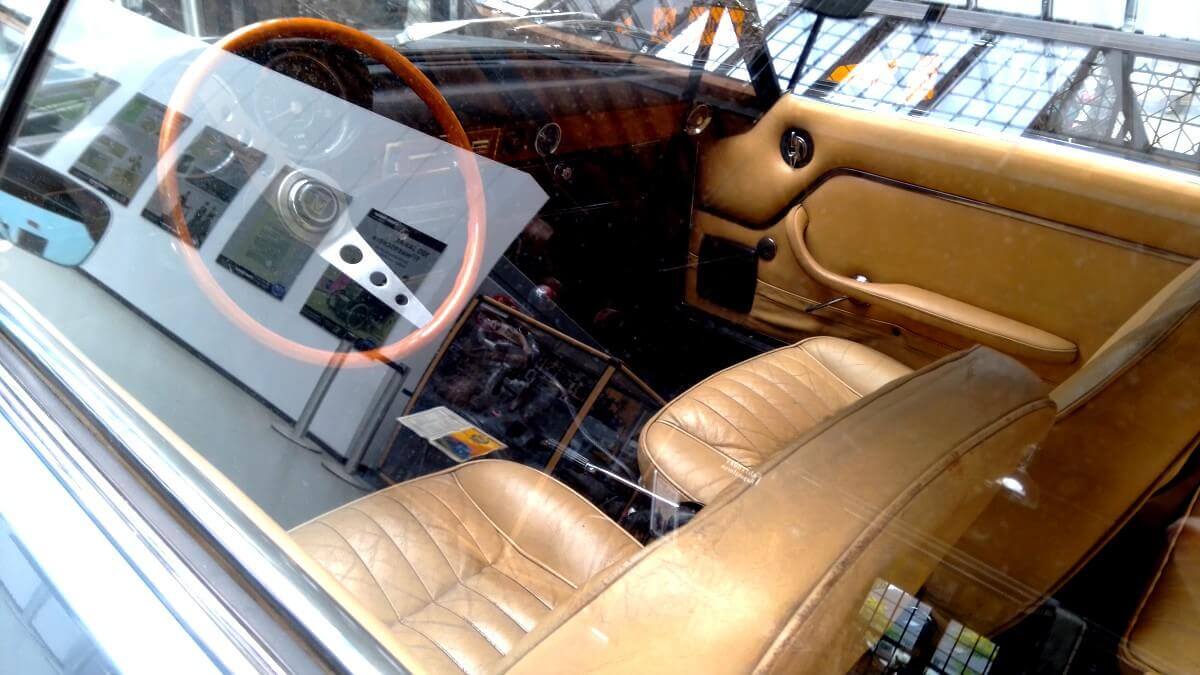 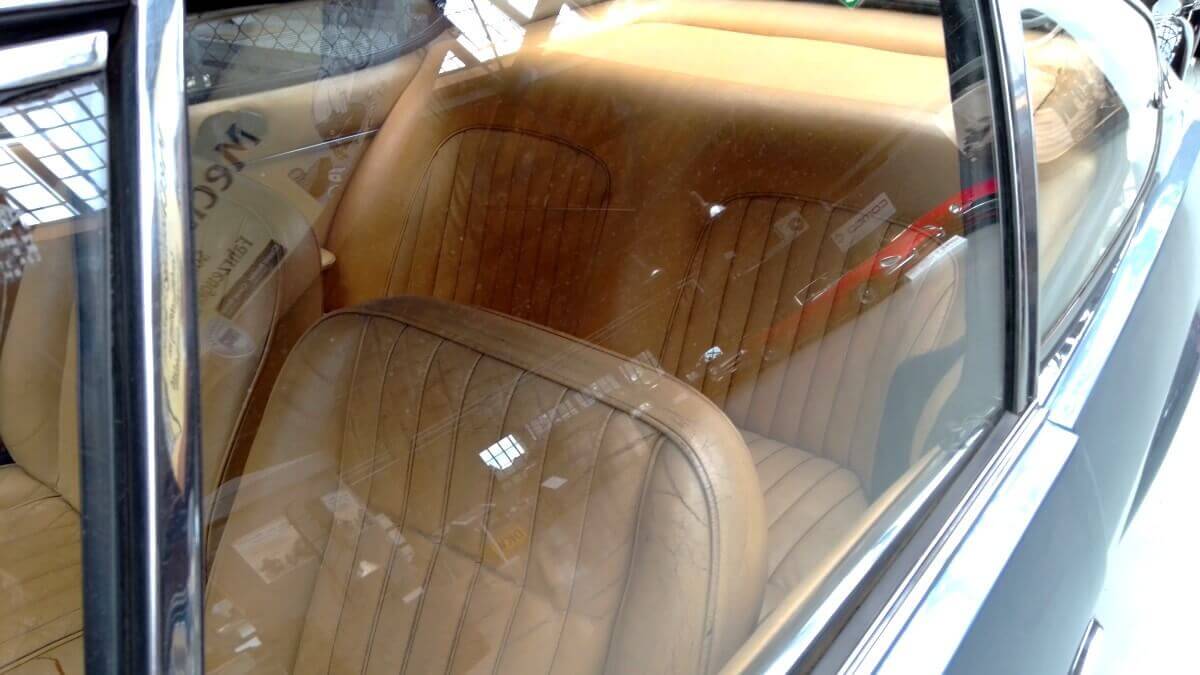 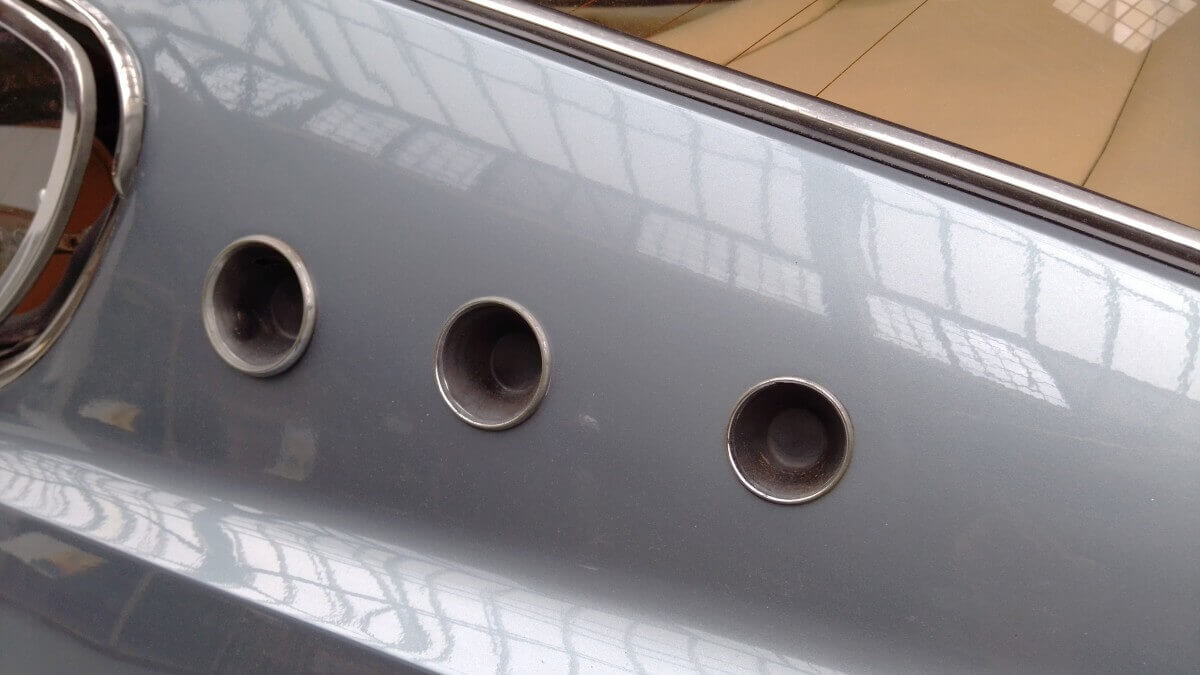 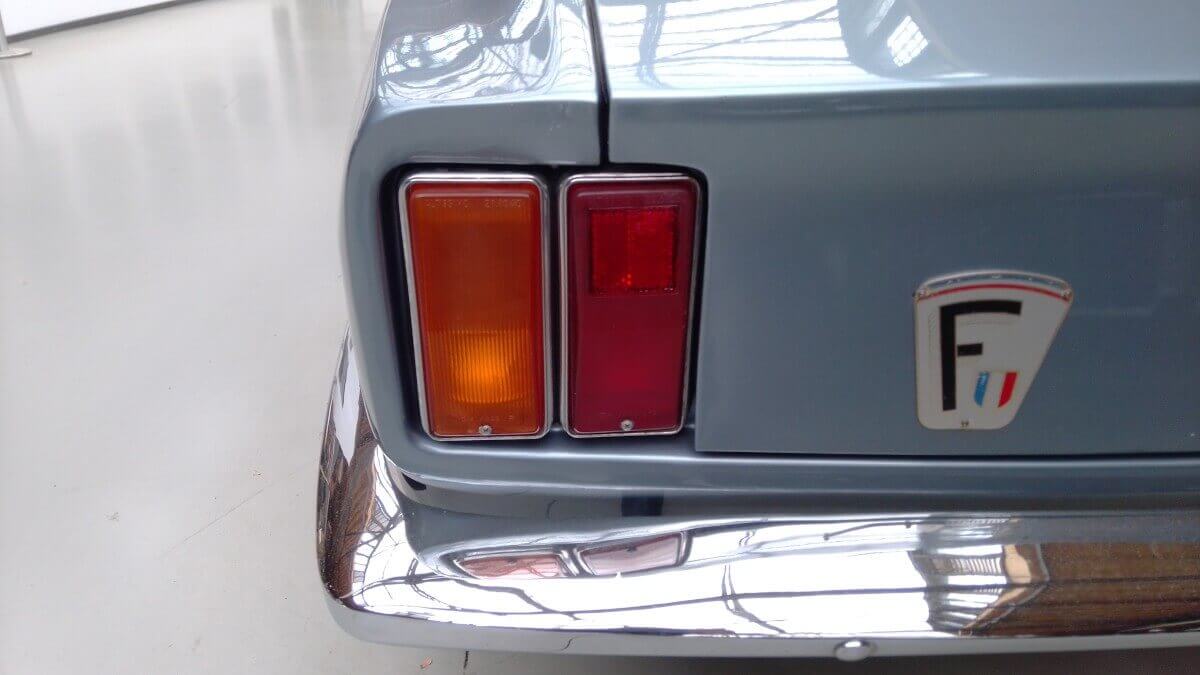 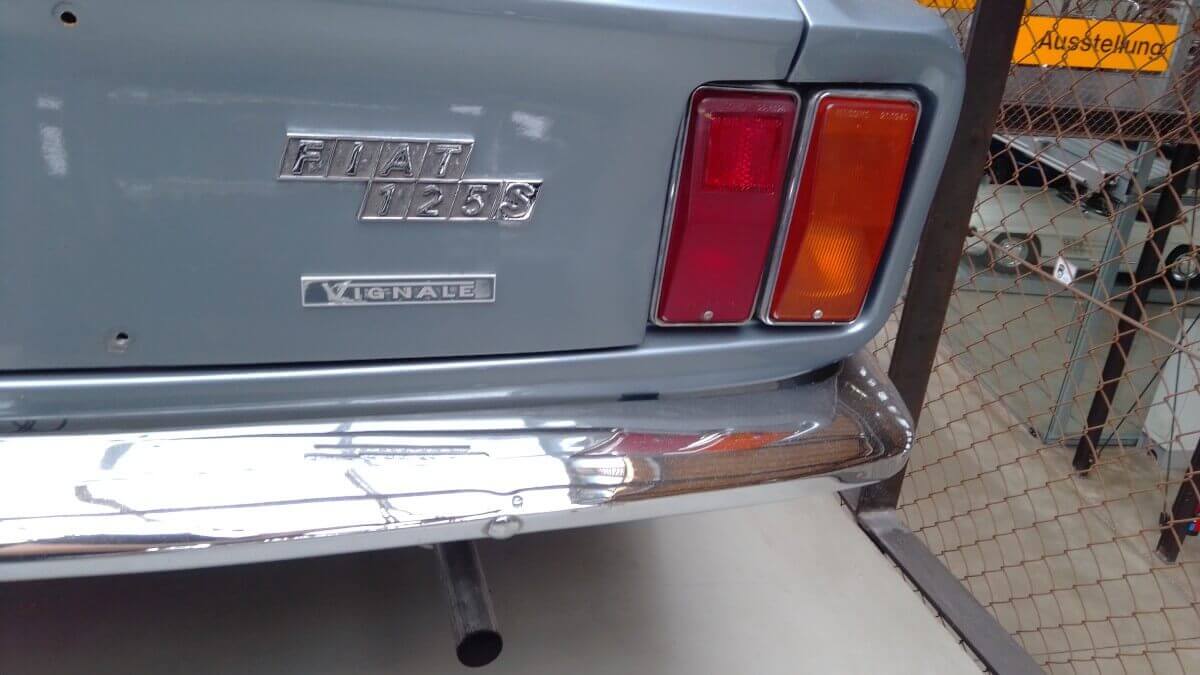 It was the wish of company founder Alfredo Vignale to turn the Fiat 125S into a beautifual Grand Tourer with room for four adults and their luggage. To achieve this, the Vignale employees made only minor modifications to the interior of the sedan. The elimination of the rear doors made new side panels necessary. Fine leather on the seats and a three-spoke sports steering wheel with wooden rim provided a sporty and luxurious accent. The electric windows and the sound system were taken over by Vignale from the Fiat base. The technical basis with its 100-hp engine and five-speed manual gearbox wasn’t changed during the conversion. It took about 13 seconds to spurt from a standing start to 62 mph.

In total, probably only about 100 units of the Samantha were built at Carrozzeria Vignale. Well-preserved vehicles now cost around 40,000 €. Parallel to the Samantha, Vignale at the end of the 1960s also offered the Eveline with a similar design but based on the slightly smaller Fiat 124. These were final projects of the company, whose founder died in a car accident on his way home from a company party in 1969 – three days after he had sold the Carrozzeria Vignale to Alejandro de Tomaso. Today, the name rights belong to the Ford Group and are used to designate particularly luxuriously equipped model offshoots.