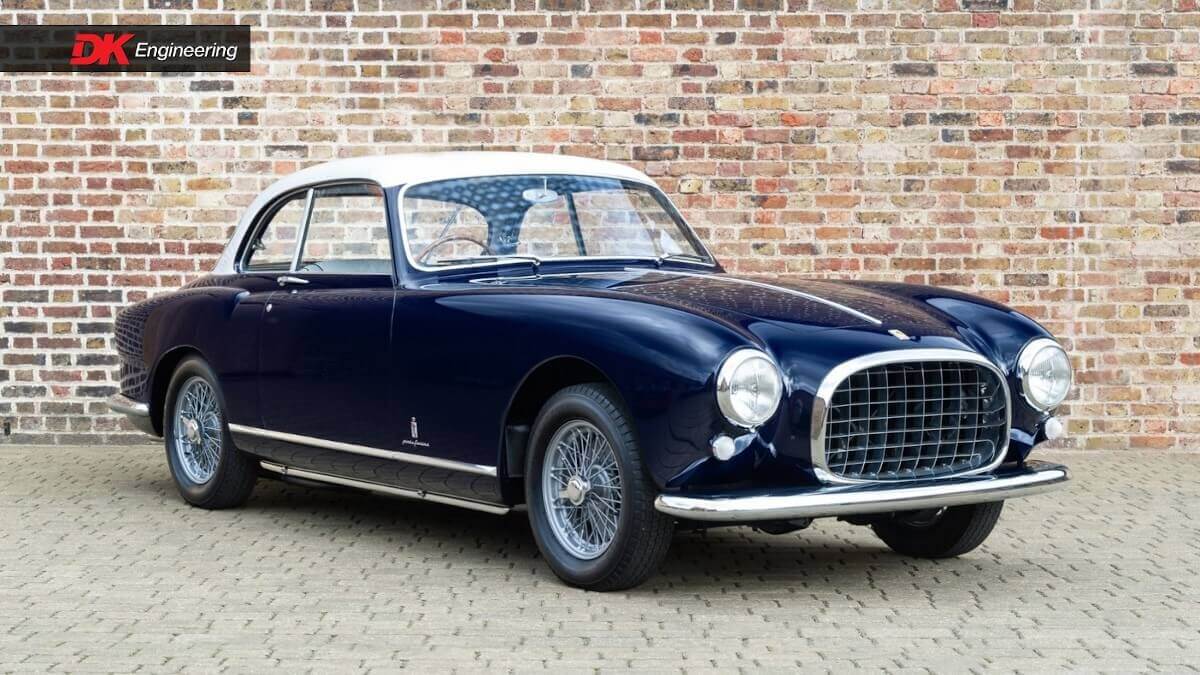 Ferrari and Pininfarina, this pairing seems to be a completely logical connection for fans of Italian brands. However, this partnership ended with the discontinuation of the F12berlinetta production in 2017. Officially, Ferrari has since concentrated on styling from its in-house design department. Unofficially, the majority entry of the Indian car manufacturer Mahindra at the end of 2015 is likely to be the reason behind the split, as Ferrari is unlikely to pass on company secrets. But how did this close link between the two companies came about? It all began with a conversation between the company founders Battista ‘Pinin’ Farina and Enzo Ferrari, who met in 1951 on neutral ground in the city of Tortona, about halfway between Turin and Maranello. In the evening, on their way back home, Battista informed his son Sergio, who was also working at Pinin Farina, of his decision: “From today you’ll take care of Ferrari, from A to Z. Design, development, technology, construction – everything.” And so it happened. The only Ferrari production models not designed by Pinin Farina (later Pininfarina) between 1951 and 2017 are the Dino 308 GT4 and the LaFerrari.

The first car from this partnership was a Coupé of the newly introduced 212 series, which Ferrari had presented in 1951 as an evolution of the previous 195. As before, the number indicated the rounded displacement of one of the twelve cylinders. In total, around 2.56 liters were available, from which the Italian technicians could extract between 131 and 160 hp, depending on the version. With the short 212 Export the factory team and some customers drove on the racetracks, while the 212 Inter represented the more civilian road variant with longer wheelbase and more comfort for private customers. From the Export there were only 27 copies, while Ferrari produced 84 copies of the Inter. Since the exclusive contracts with Pinin Farina only became valid with the successor model 250, the 212 also came with bodies from Vignale, Touring, Ghia, Fontana and the Carrozzeria Motto. Chassis number 0229EL, a 212 Inter, is meanwhile the first ever Ferrari with a body by Pinin Farina. 15 further Pinin Farina Coupés based on the 212 followed. 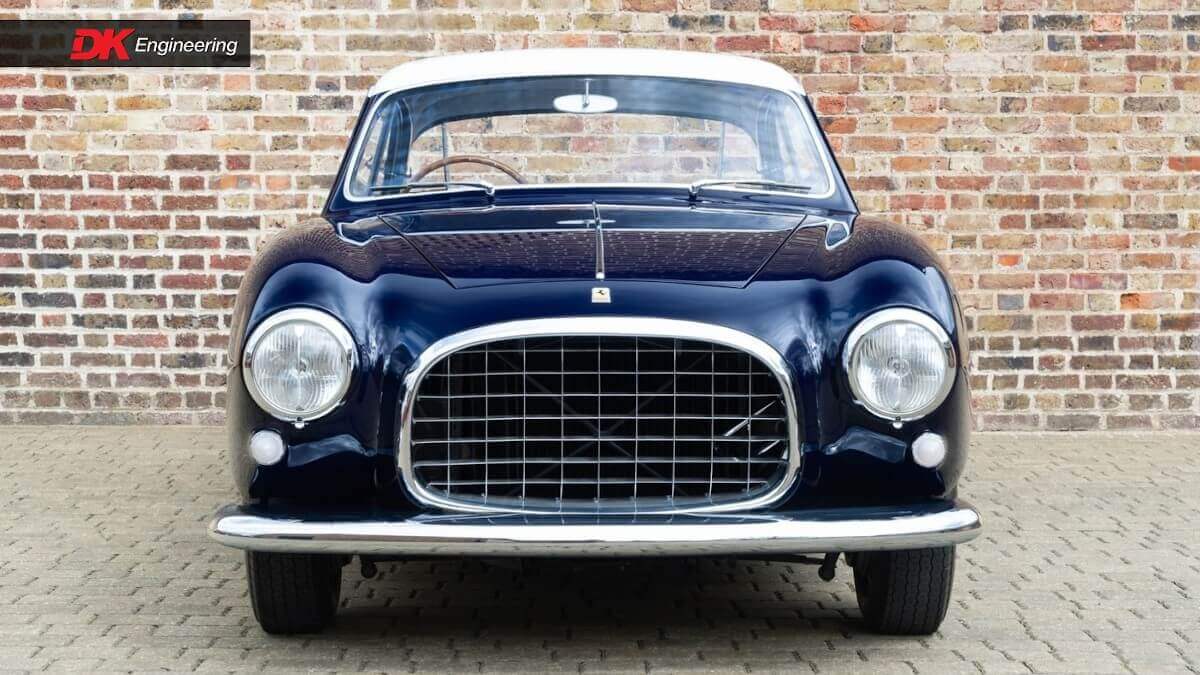 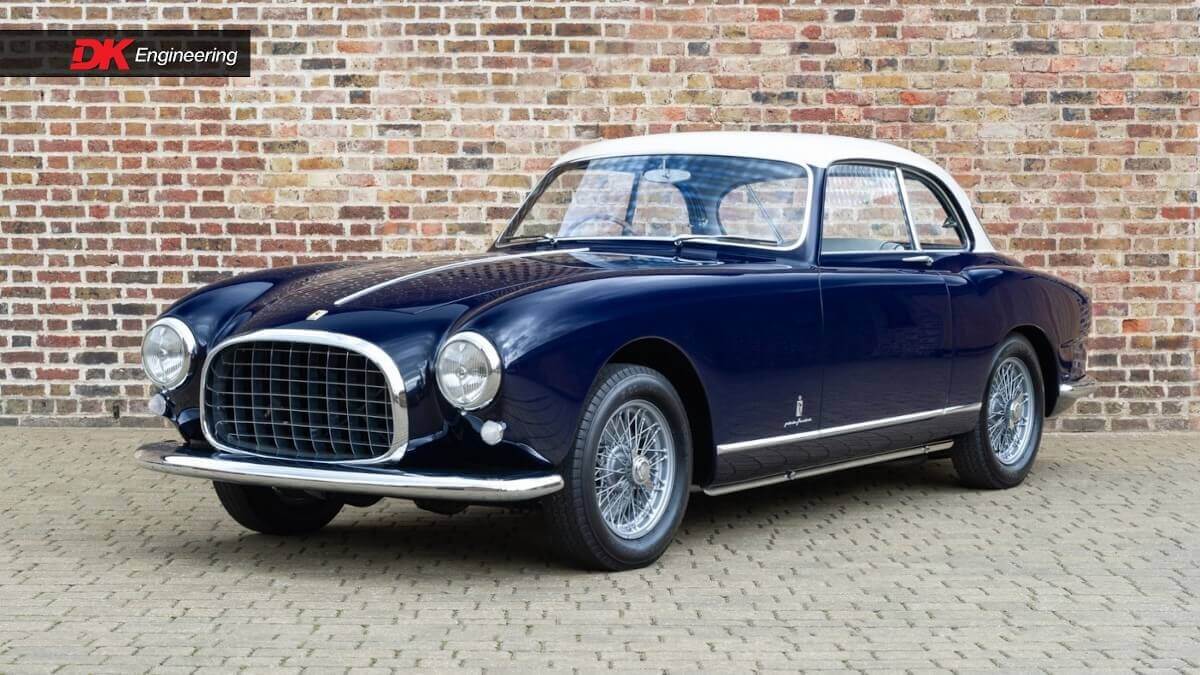 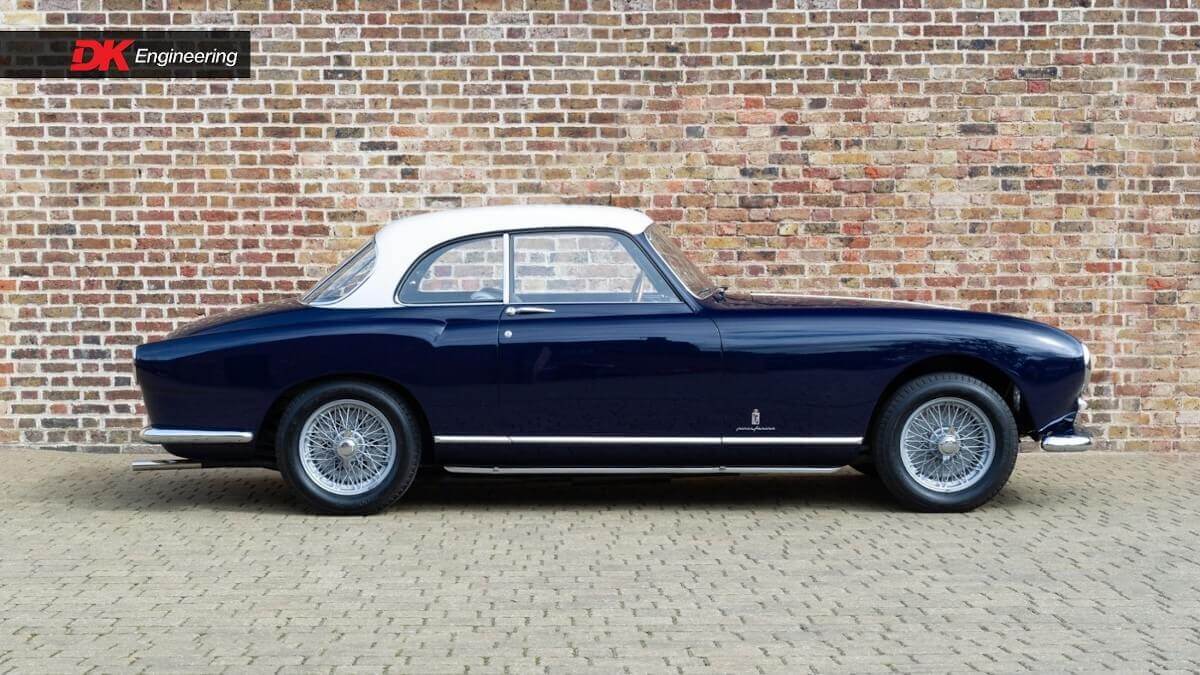 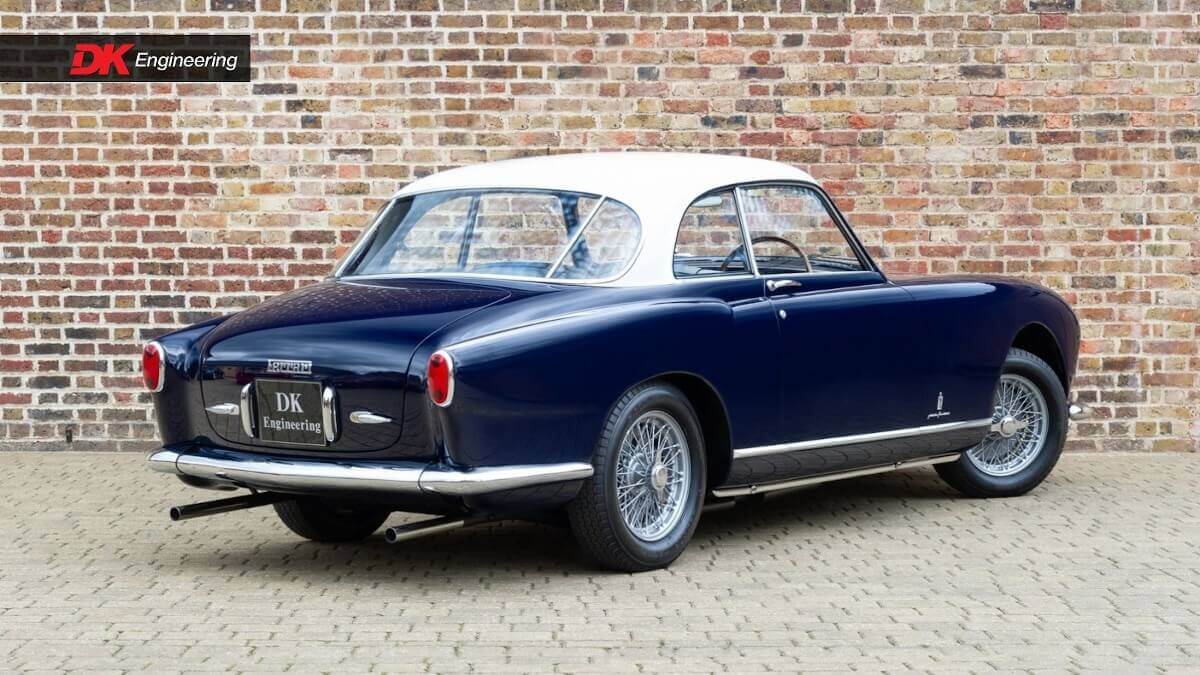 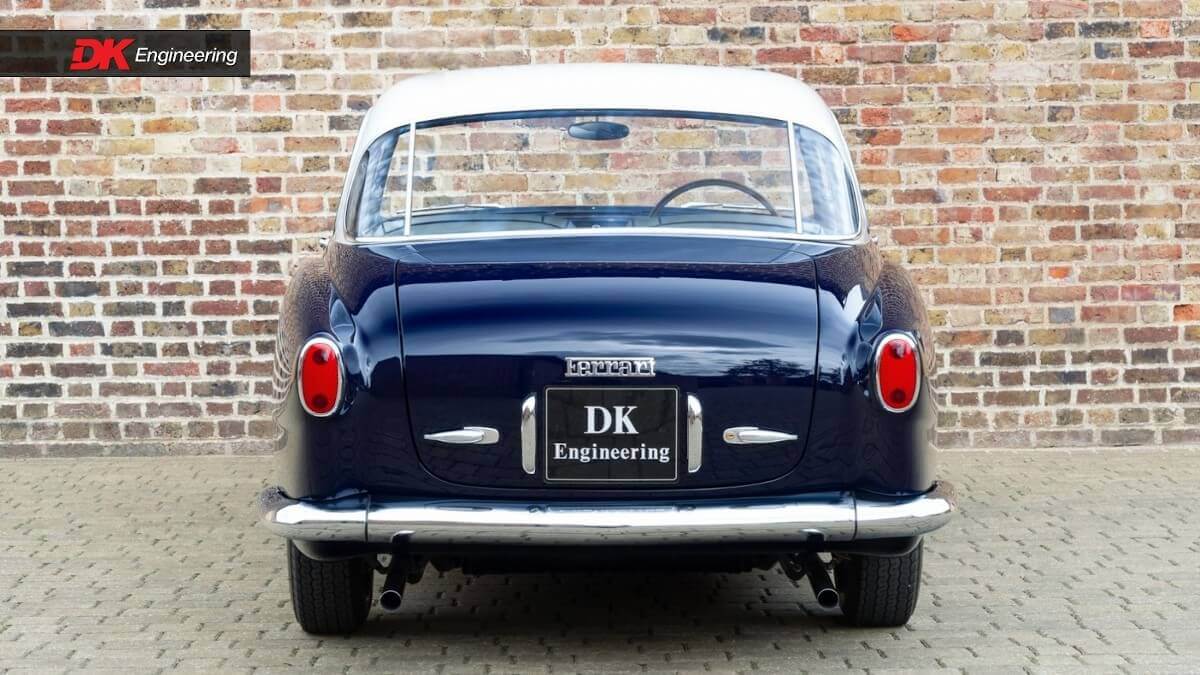 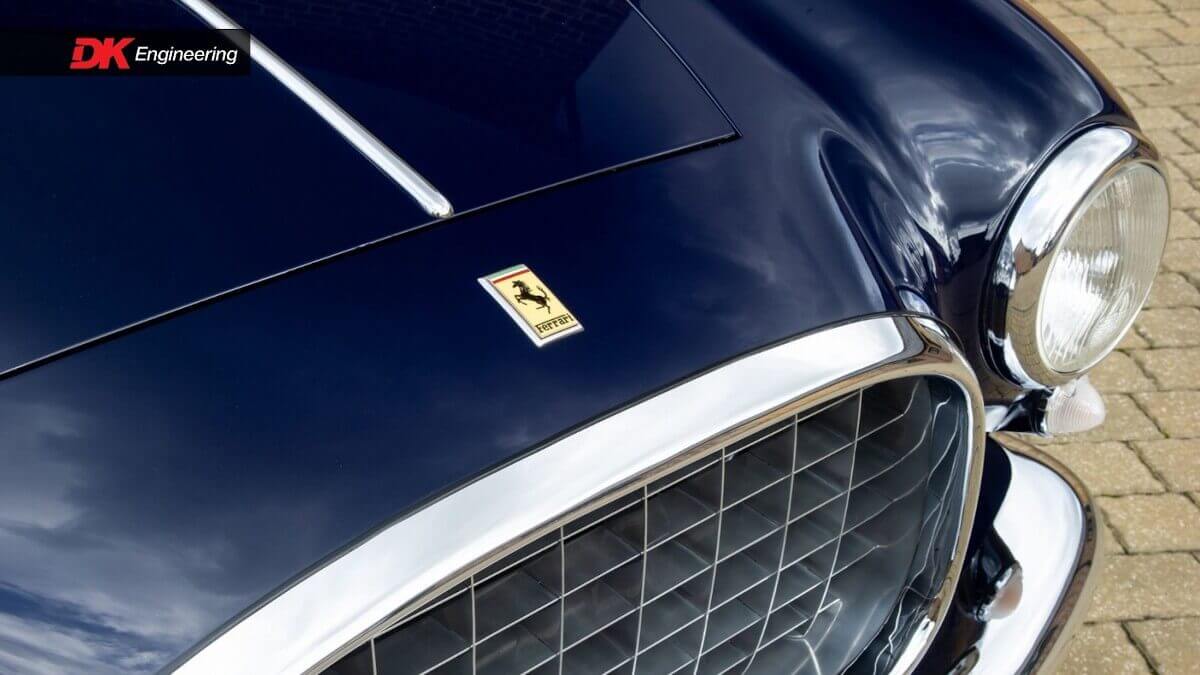 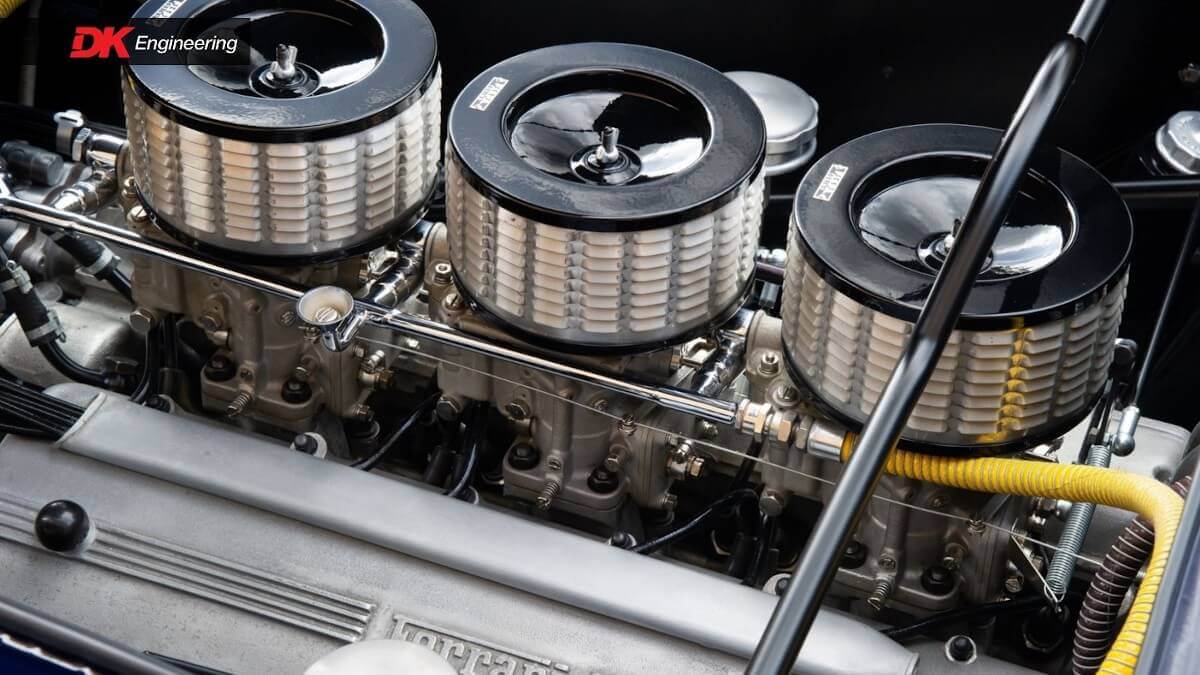 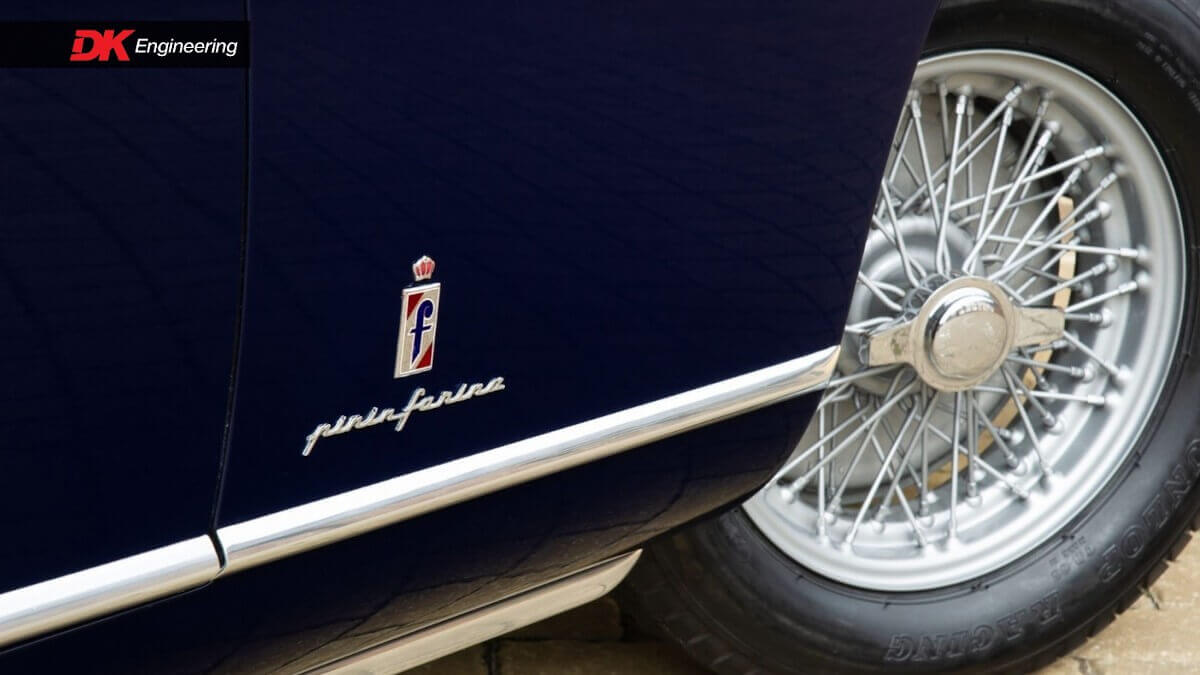 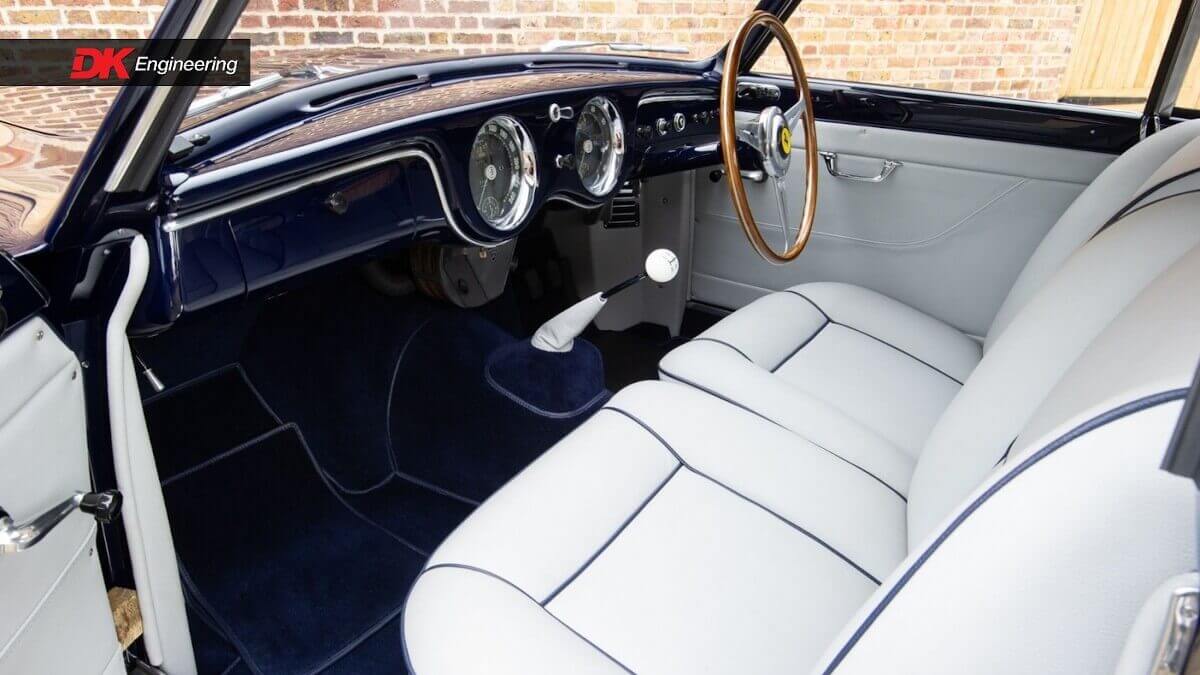 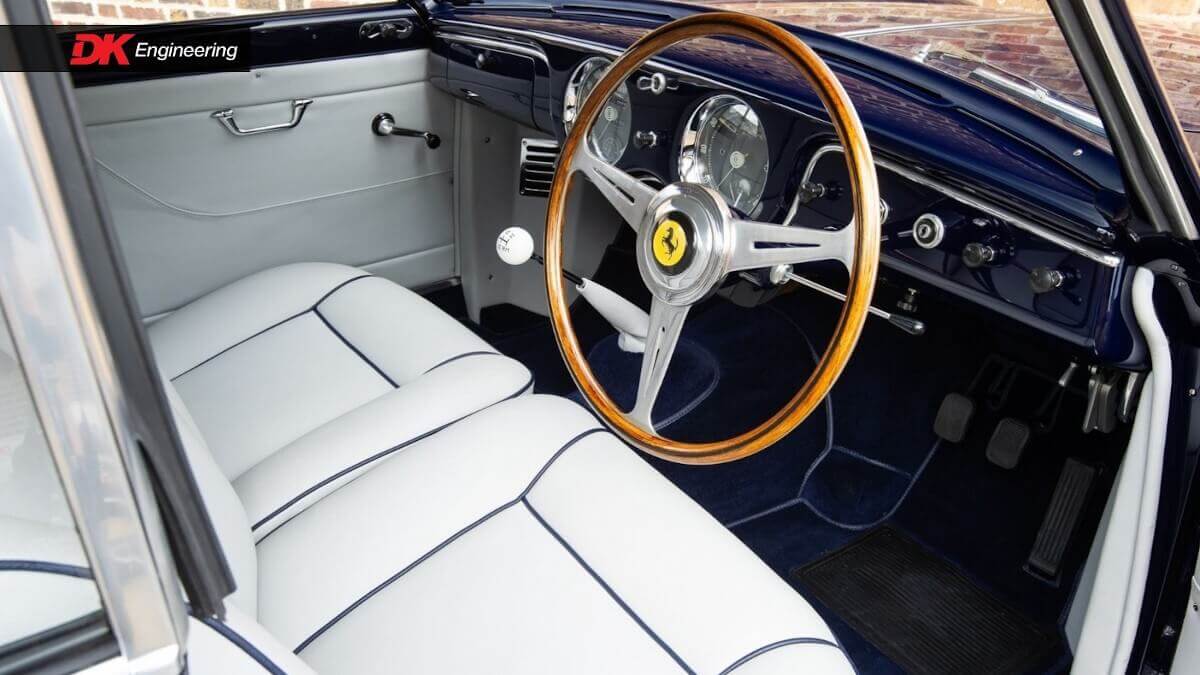 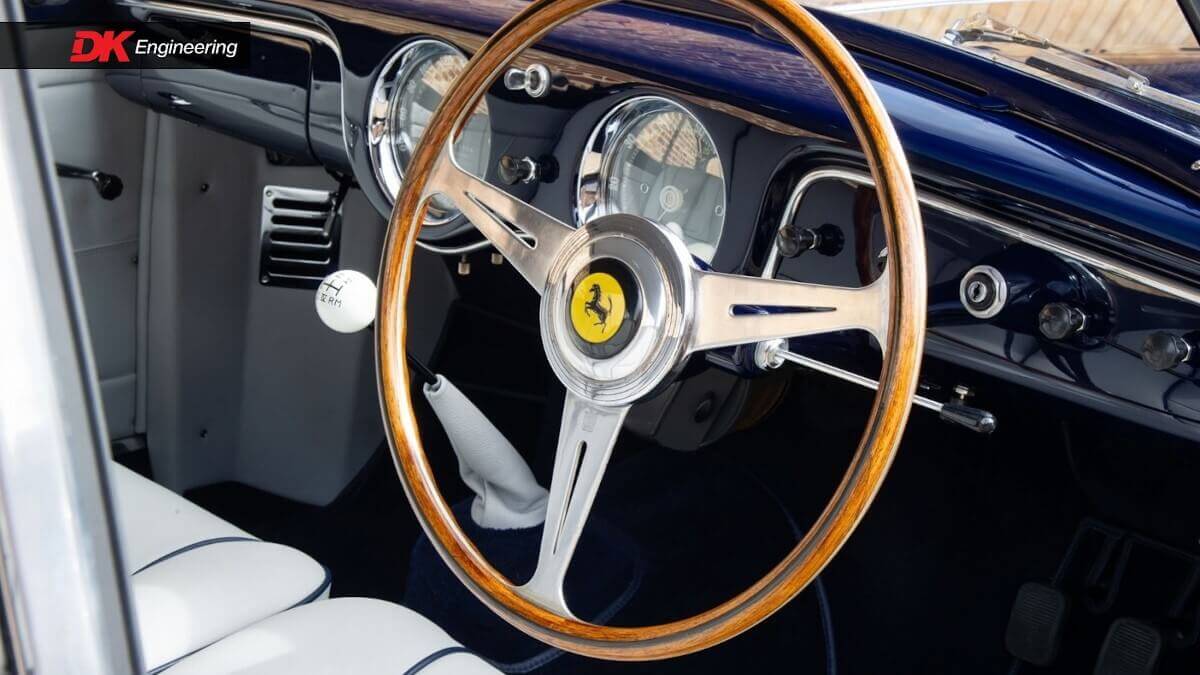 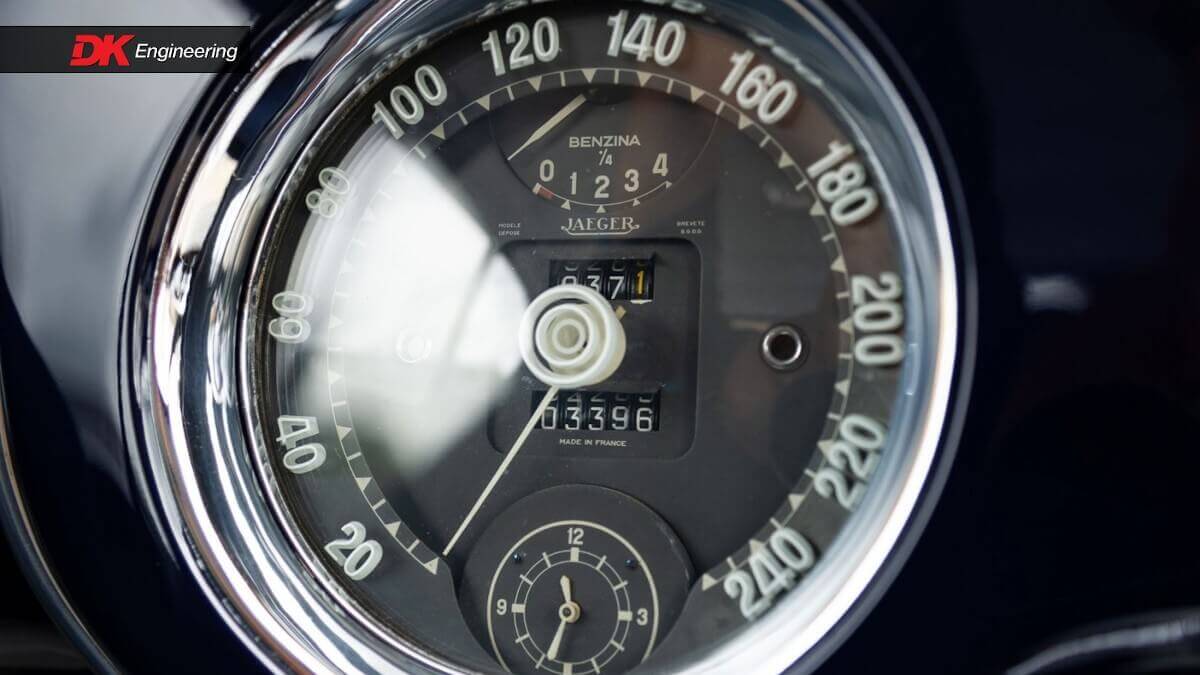 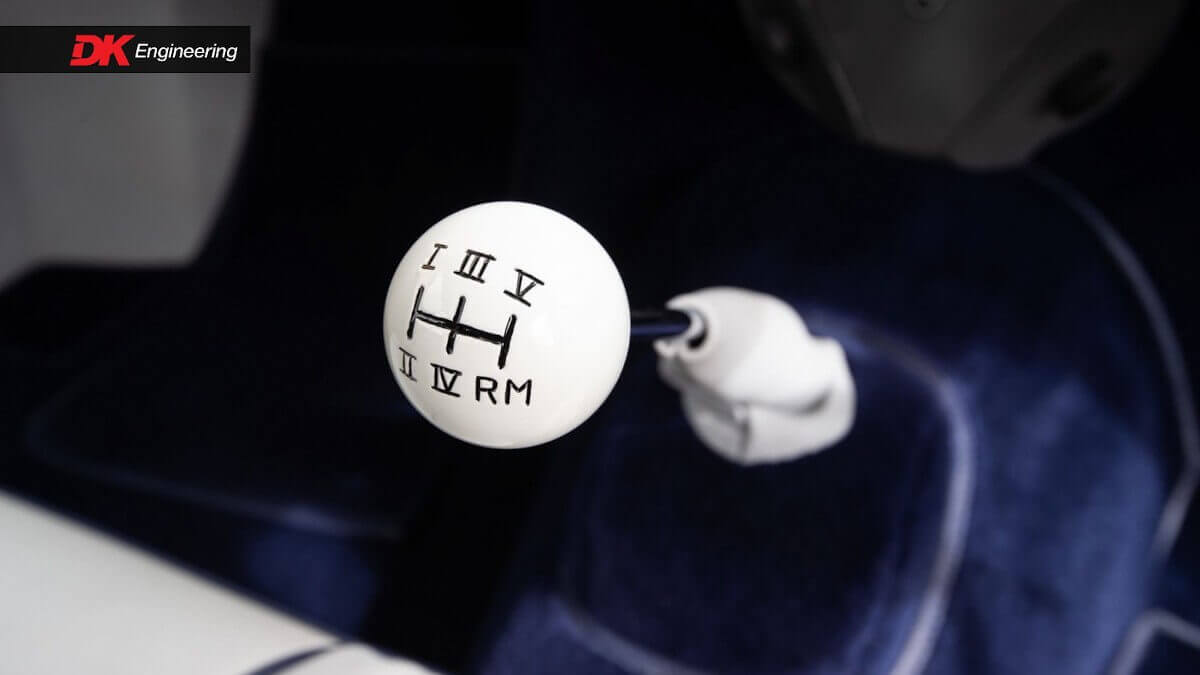 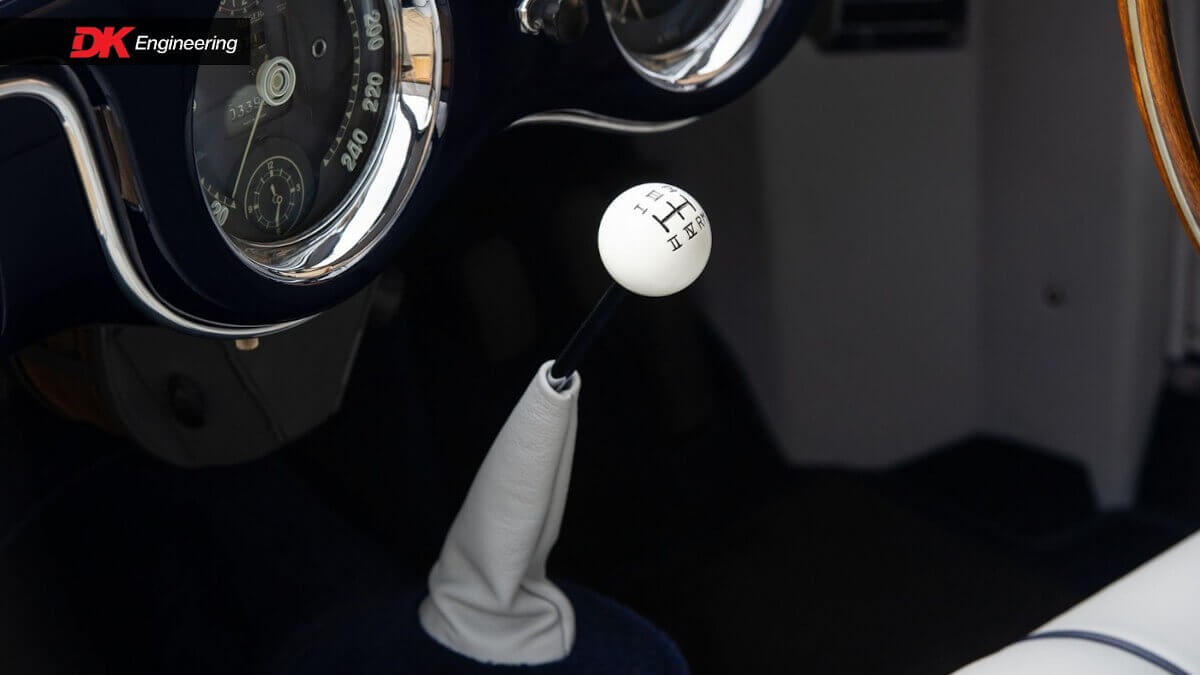 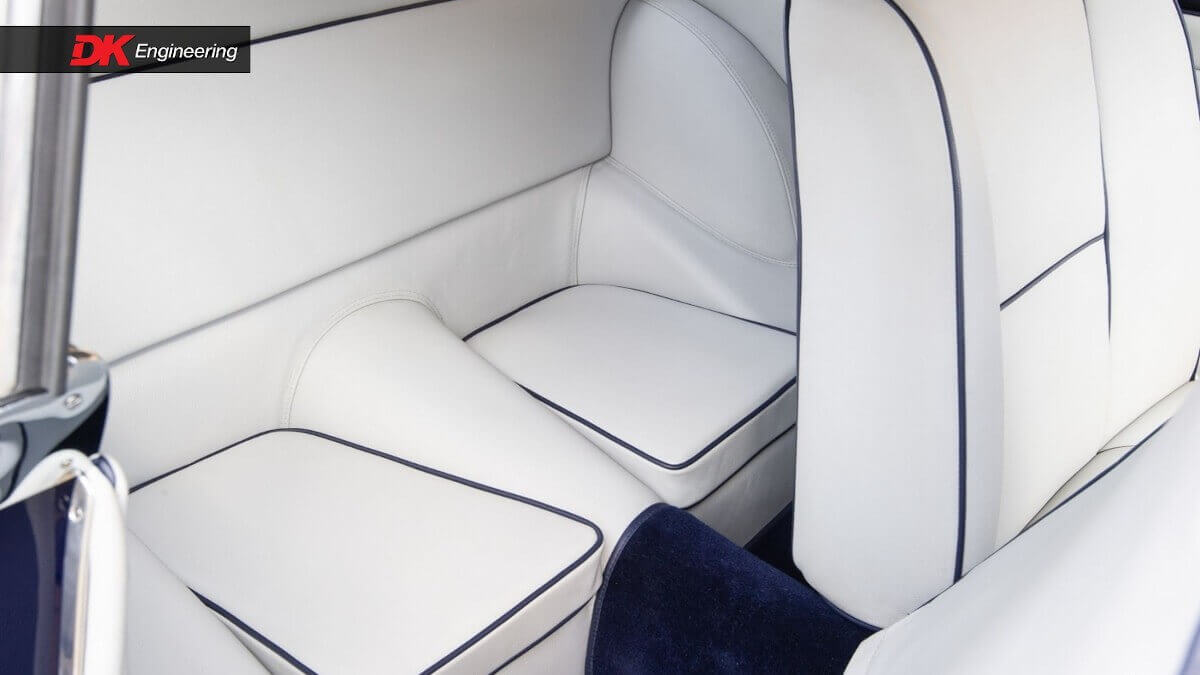 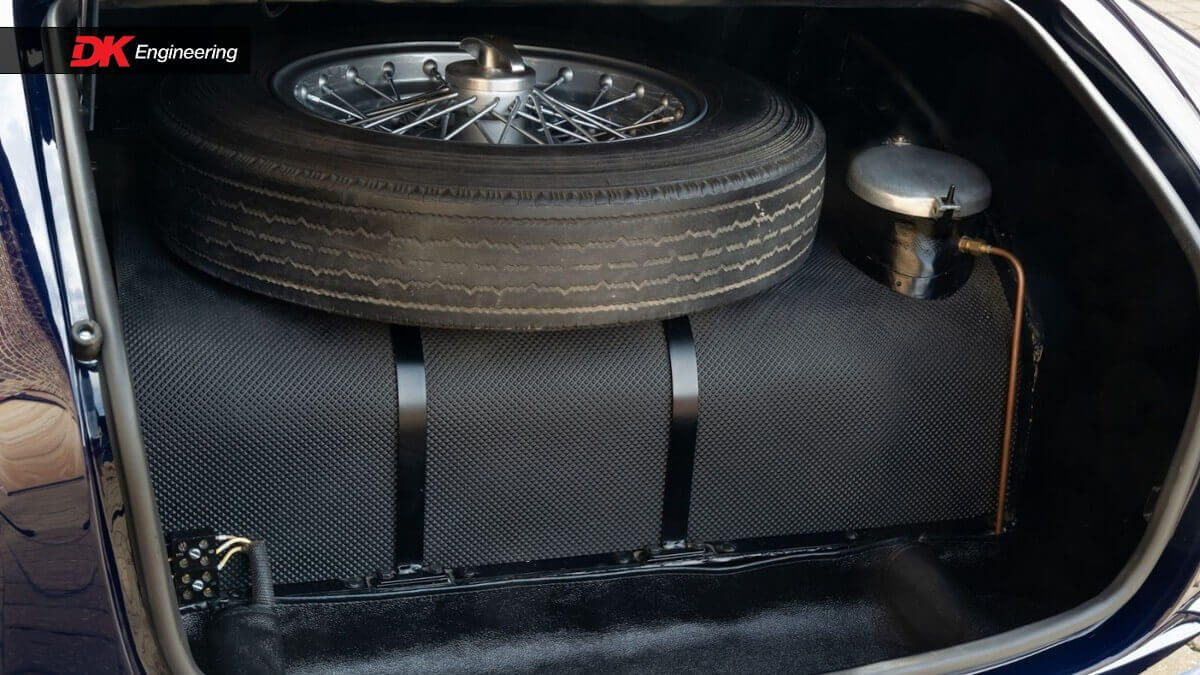 After its completion in the year 1951, Ferrari shipped 0229EL to the USA, where the car was delivered the following year by the importer Luigi Chinetti to the first owner Max Hess in Pennsylvania. As a prototype for future designs, this 212 Inter was the only one of the 16 Pinin Farina Coupés to be right-hand drive (RHD), which was very unusual for the American market. During the 1970s, a later owner transplanted a Chevrolet V8 engine under the hood to power the sports car with technology for which spare parts were easily available. These conversions were quite common at that time. When the Ferrari underwent a smaller restoration in 2001, it was actually possible to locate the original engine and to reunite it with the car. A few years ago an extensive nut and bolt restoration took place in Christchurch, New Zealand. Currently the British expert for classic Ferrari models, DK Engineering, offers this special 212 Inter for sale.