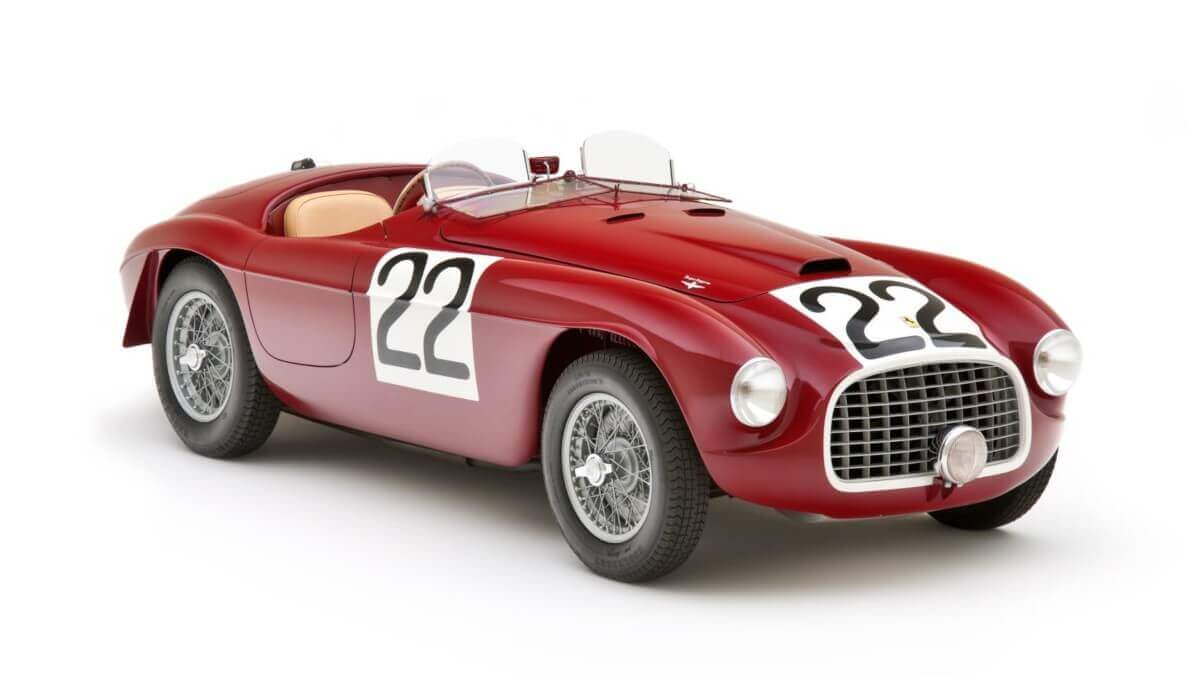 In 1948, Ferrari launched the 166 as a new racing sports car. Under the bonnet in front sat a two-liter V12 engine with one overhead camshaft per cylinder bank. Like with the predecessor, the front wishbones and the rear rigid axle sat on a box frame, which was offered in two different wheelbases. It consisted of oval steel tubes with cross-shaped struts. For the first time Ferrari offered interested customers also a pure street version with more comforable equipment. At the Turin Motor Show in the premiere year, however, they pushed a clearly racing focused variant into the limelight with the 166 MM. MM stands for the Mille Miglia, which back then still was a real race. The engine of this version made up to 118 kW/160 hp. While the first vehicles received their Barchetta bodies from Touring, followed later by some cars with bodies from Pinin Farina, Vignale and Zagato. By 1953, a total of 46 vehicles had left the factory.

Although Enzo Ferrari had been racing his own racecars since 1947, and before the war was a long time racing director for Alfa Romeo and his own team, the Scuderia Ferrari, real successes for his own brand in motorsport only came along with the 166. But not just only a few. In total, the 166 MM offshoot alone was raced in 269 events between 1949 and 1959 by the factory as well as privateers. During this time, according to official counts, it achieved 43 class wins and 31 overall victories. Right in the debut year Clemente Biondetti won the Mille Miglia. The same vehicle then served factory drivers Luigi Chinetti and Peter Mitchell-Thomson at the 24 Hours of Le Mans, where they also crossed the finish line as winners. Chinetti also won the 24 Hours of Spa-Francorchamps in the same year together with Jean Lucas. In 1950 and 1951 Alberto Ascari won the Grand Prix of Luxembourg in a 166 MM and Gianni Marzotto won the Coppa d’Oro delle Dolomiti in 1950. 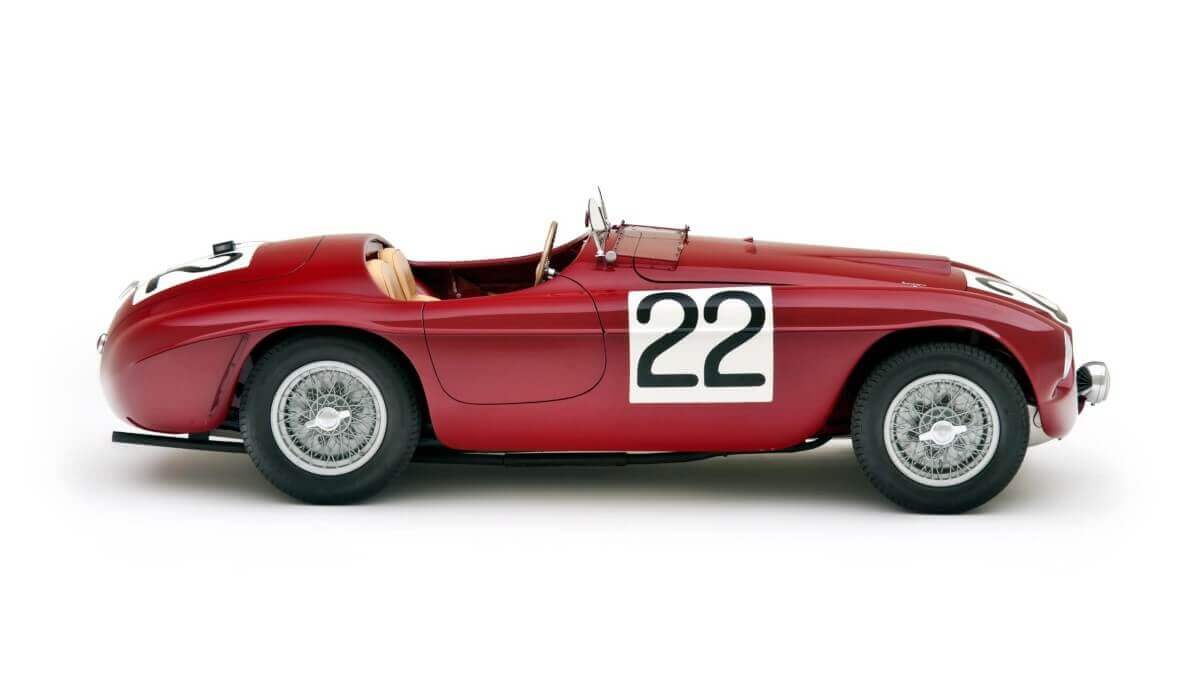 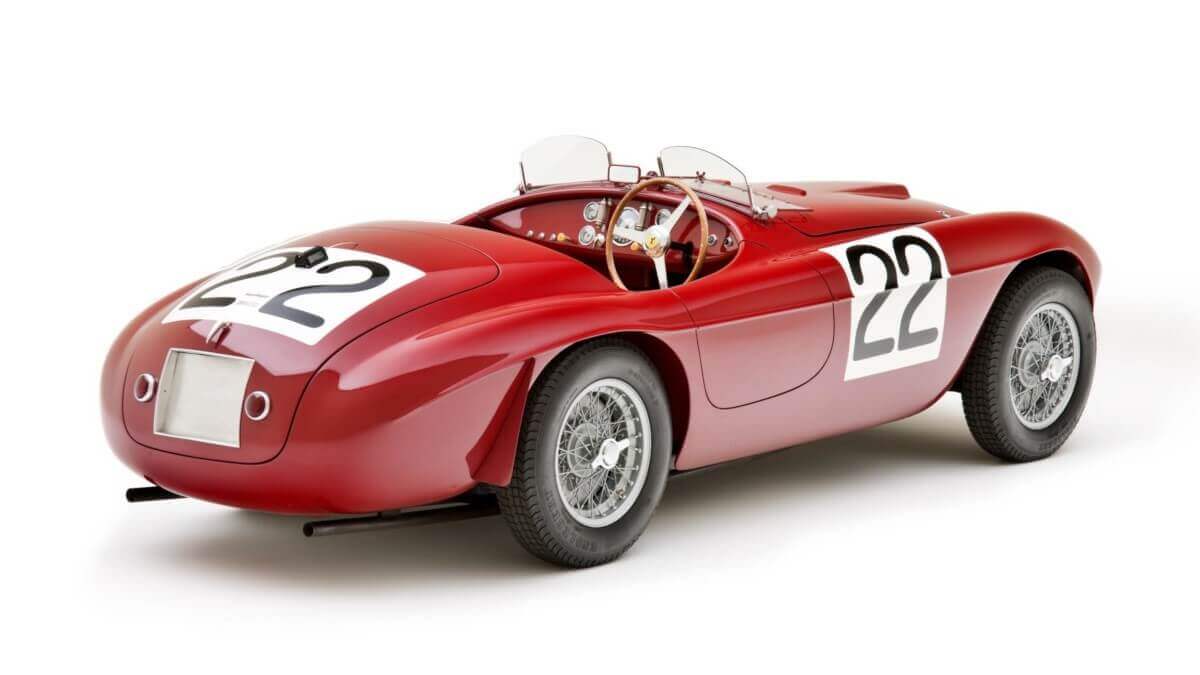 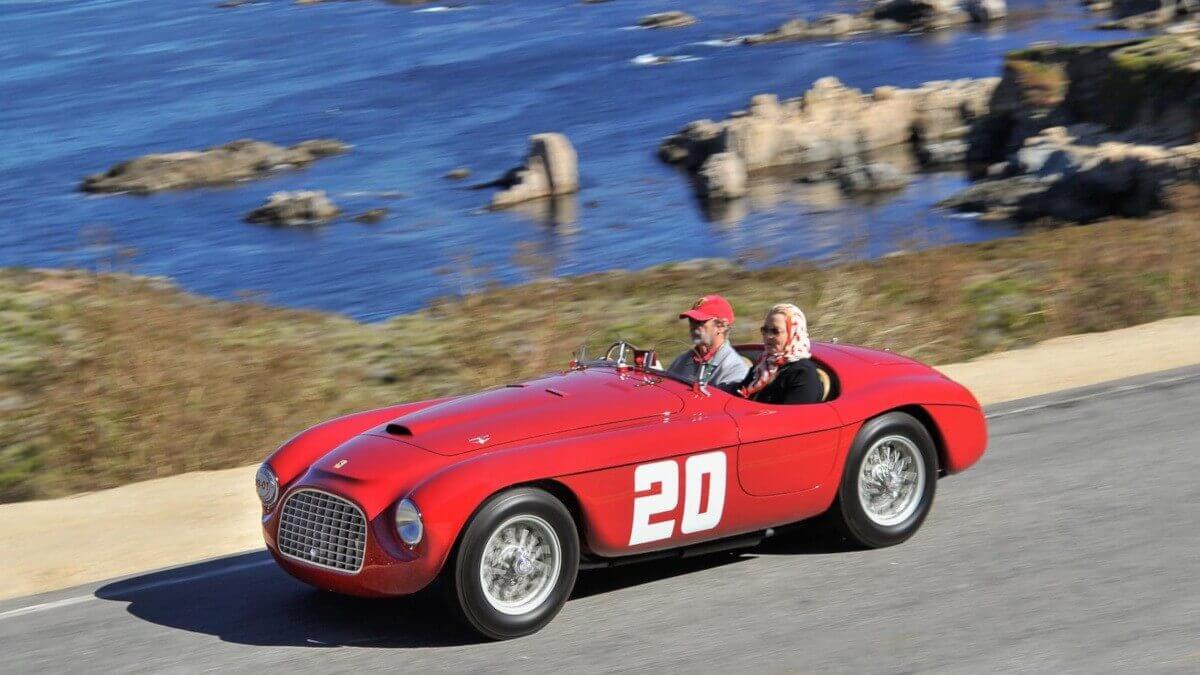 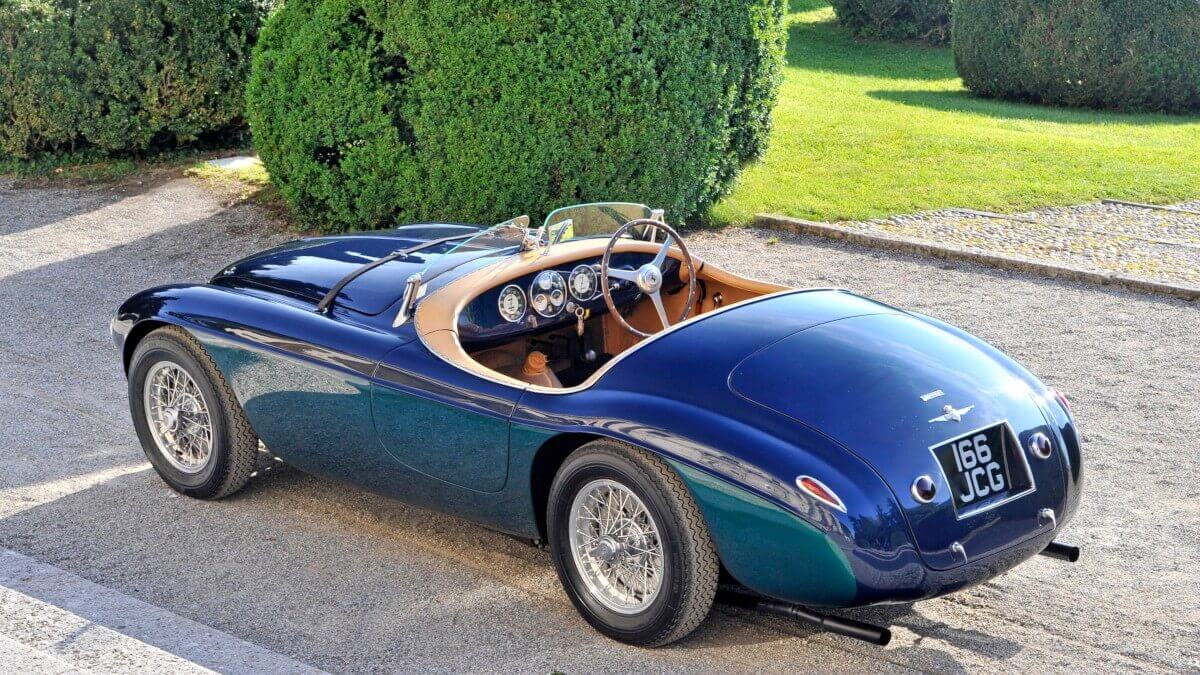 The annual Concours of Elegance will be held in the southwest of London at Hampton Court Palace from 6 to 8 September. On the occasion of the 70th anniversary of the first major motorsport successes of the 166 MM, a special exhibition was dedicated to this model, to which a total of four extraordinary examples will be presented. The crown jewel is undoubtedly that car, which in 1949 won the Mille Miglia and the 24 Hours of Le Mans, chassis number 0008M. Added to this is the winning car of the 24 Hours of Spa 1949, chassis number 0010M, and the third ever built 166 MM Barchetta, chassis number 0006M, which finished sixth in the Mille Miglia 1949. The fourth 166 MM Barchetta on display at the Concours of Elegance was once ordered by former Fiat CEO Gianni Agnelli. He ordered it in a two-color paint scheme of blue and green. In addition to these cars, the organizers also show two copies of the successor model 212 Export.