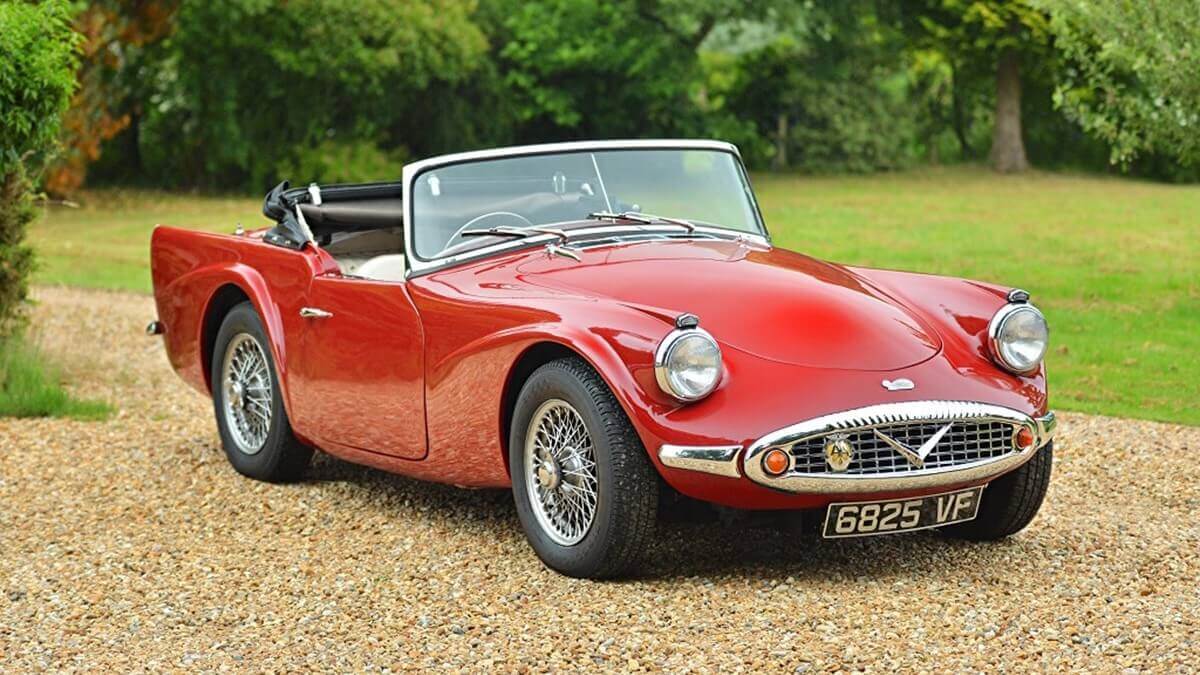 In the late 1950s many European car manufacturers entered the market for sporty two-seater Roadsters. Especially in the USA there was a high demand for this kind of vehicles. Also Daimler as the oldest still active British car maker of that time tried to enter this field, although they were previously best-known for luxury sedans with a stately claim. A sporty Roadster looked a bit strange within their modelrange – and was also designed strangely.

Company boss Edward Turner in 1956 hired a new chief designer, Jack Wickes, whose strengths actually lay in the construction of motorcycles. Now one can at least praise the rude train of thought that somebody who builds motorcycles probably also suspects how well a sporty car has to drive to be successful. But pushing the design of the fibreglass bodywork to this man as well borders on British humor. Percy McNally, head of Carbodies and designer of the famous London Taxi, helped him out. It’s him who is responsible for the extended wheel-arches as well as the smaller tail fins. Smaller? Yes, in the original design of Jack Wickes they had much more format. Daimler did not have a tradition in building Roadsters, so the SP250 Dart should do everything right from the start. Unequivocally the result was very unusual, but even the American market is unwilling to buy everything without resistance. 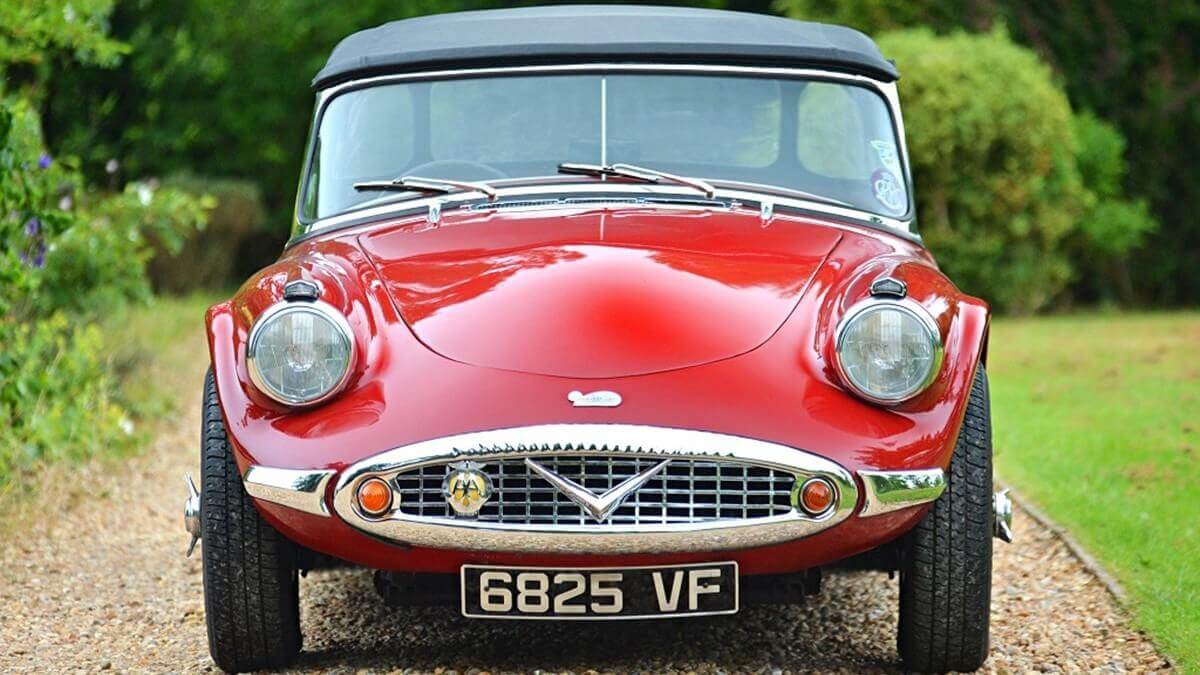 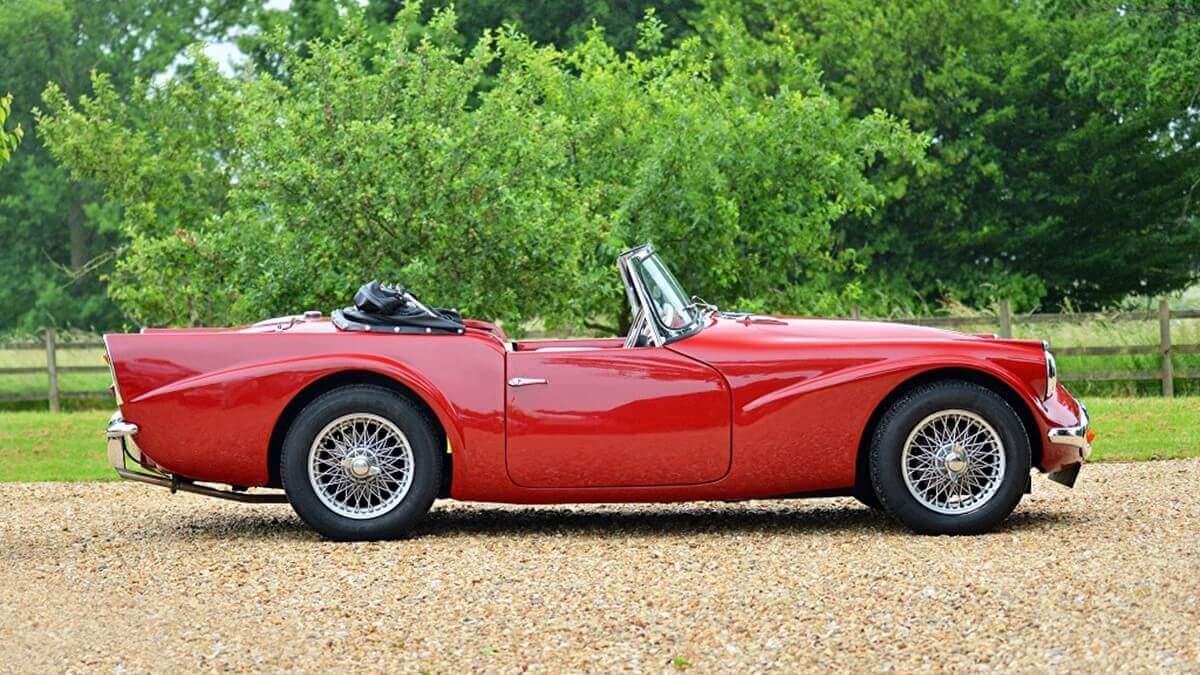 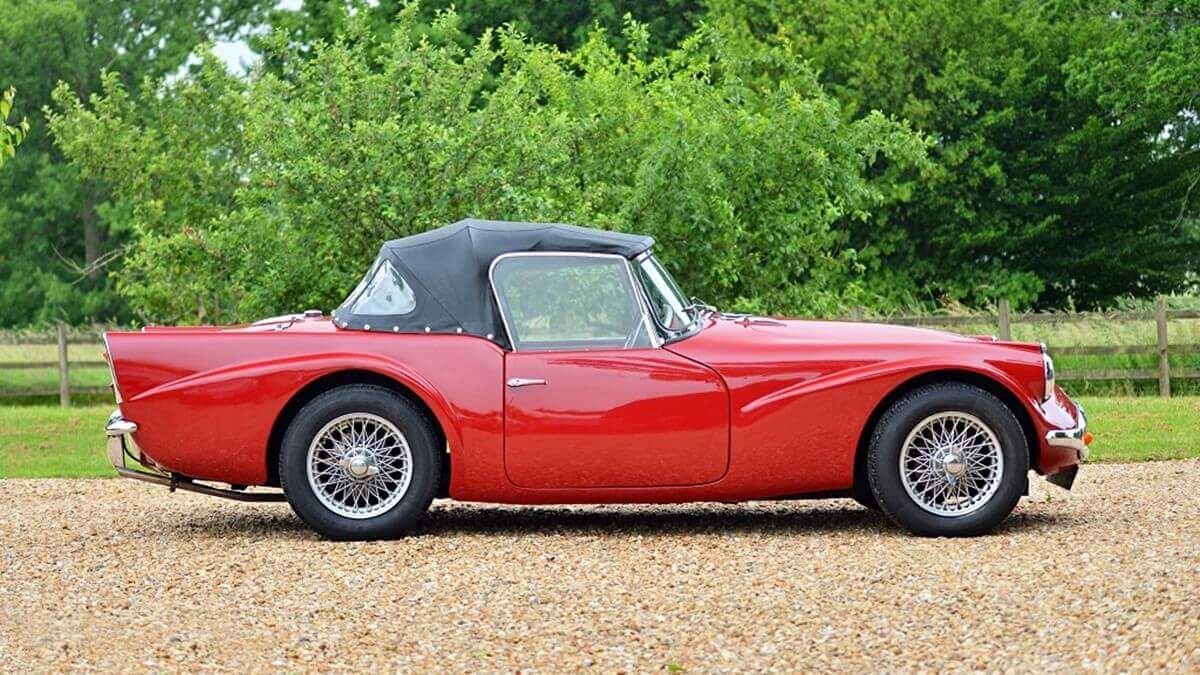 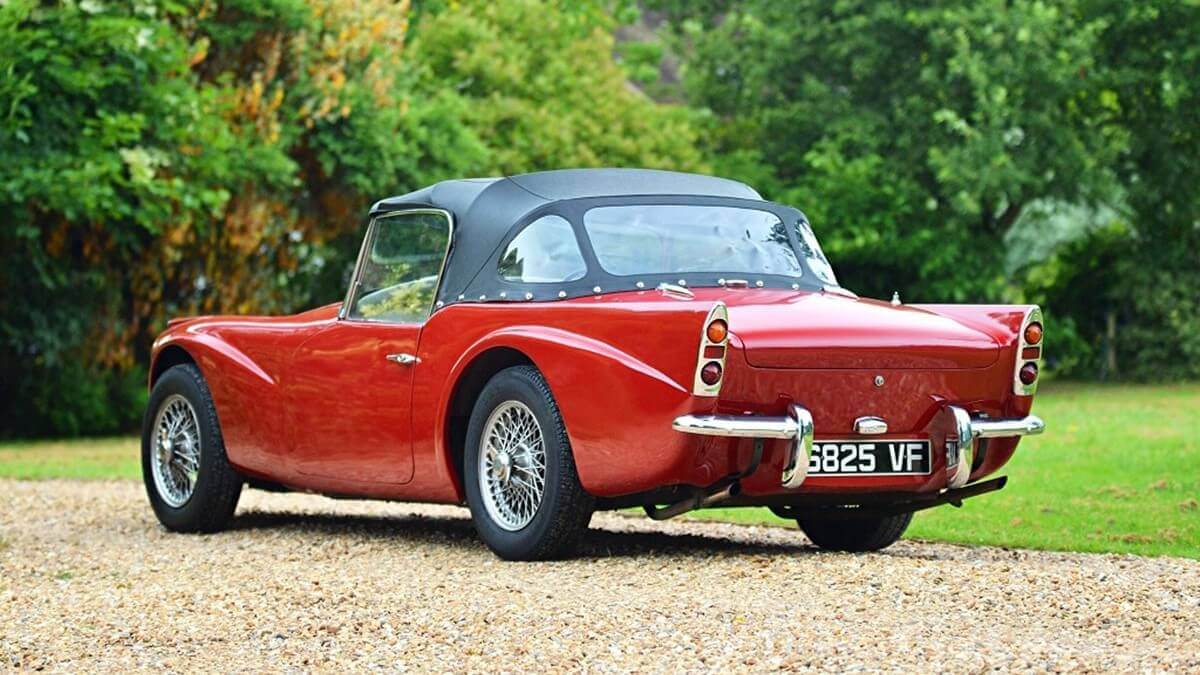 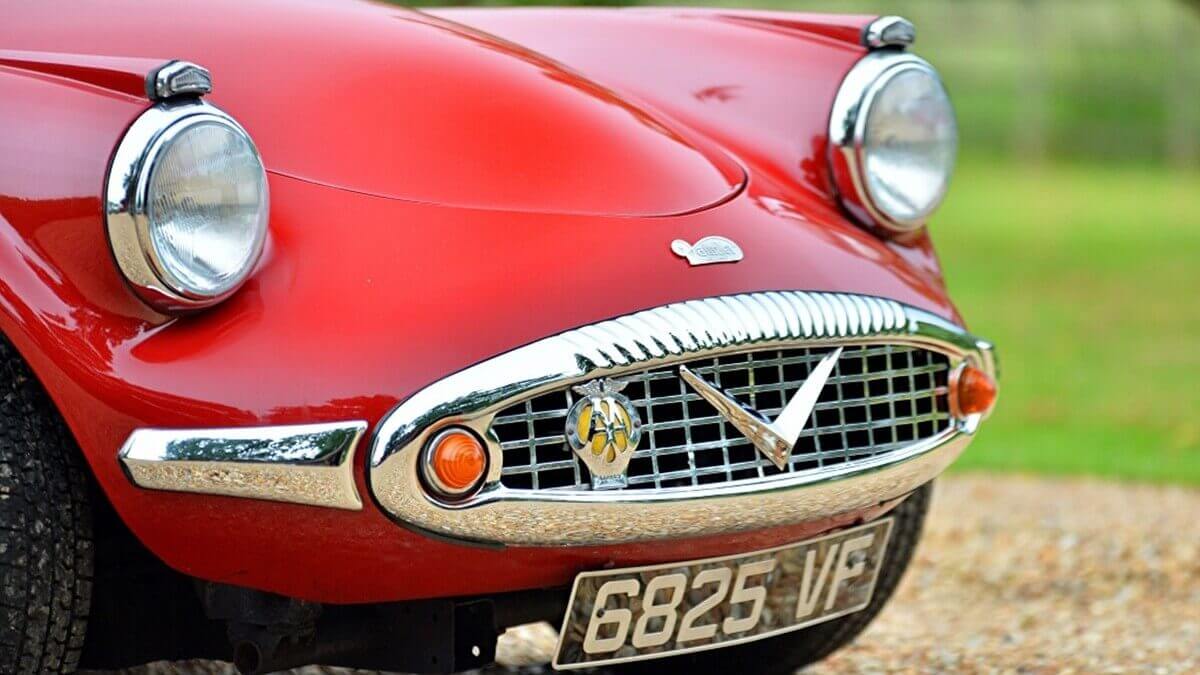 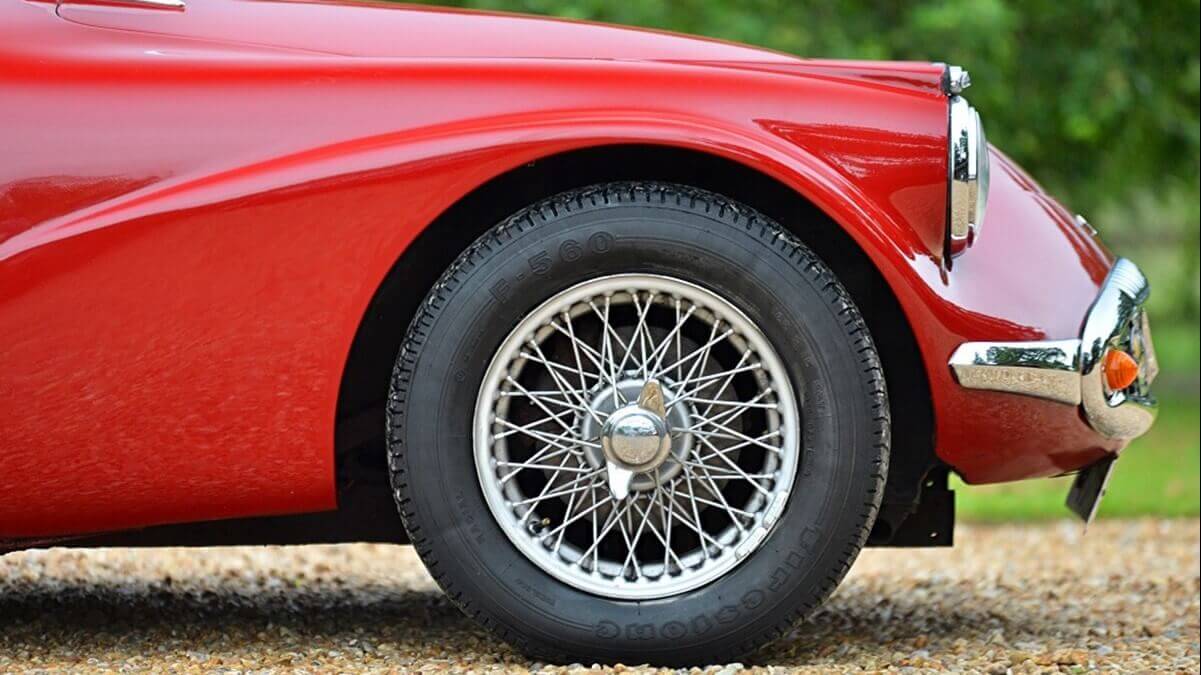 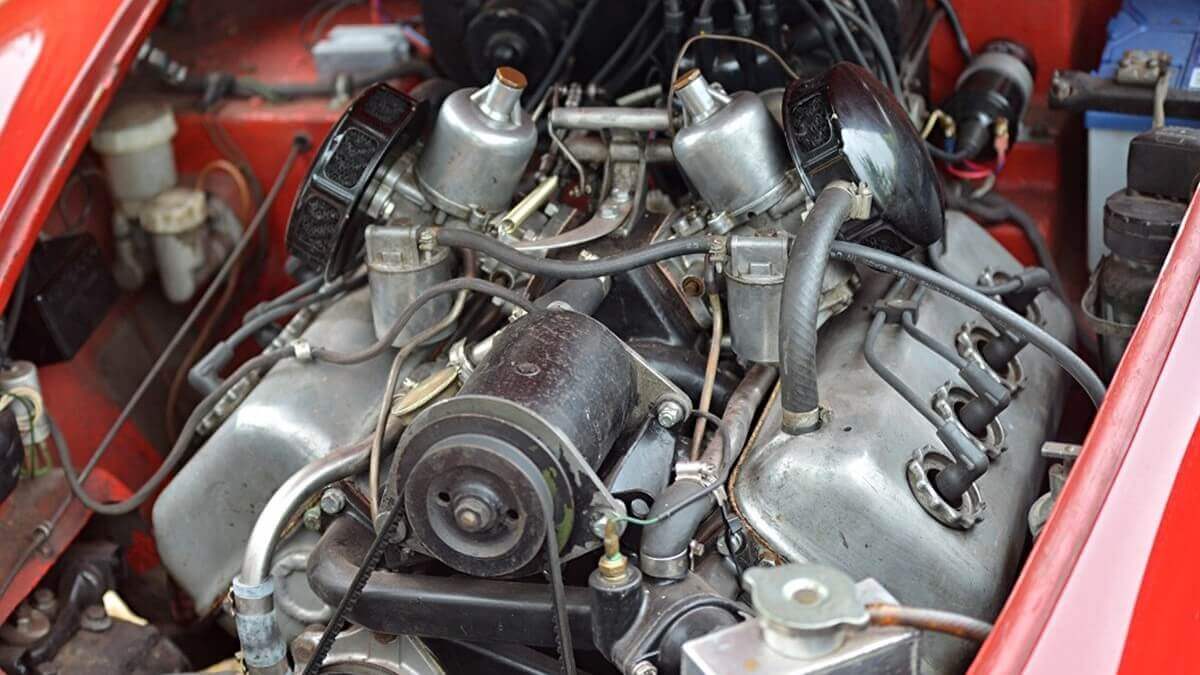 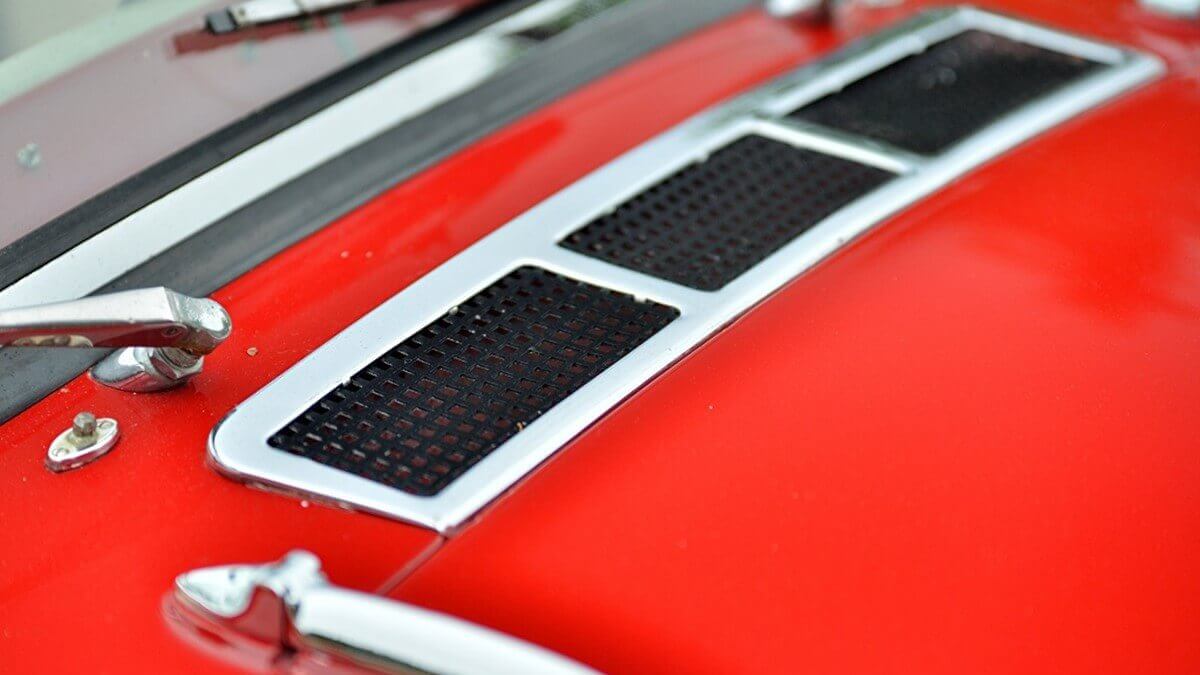 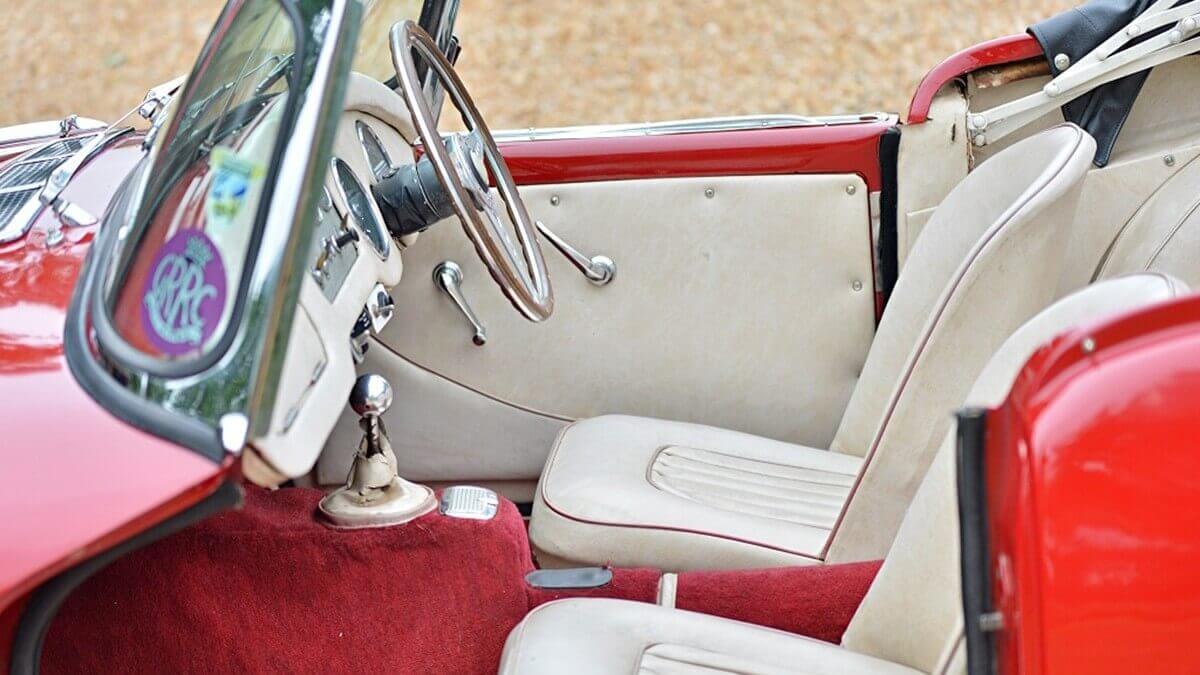 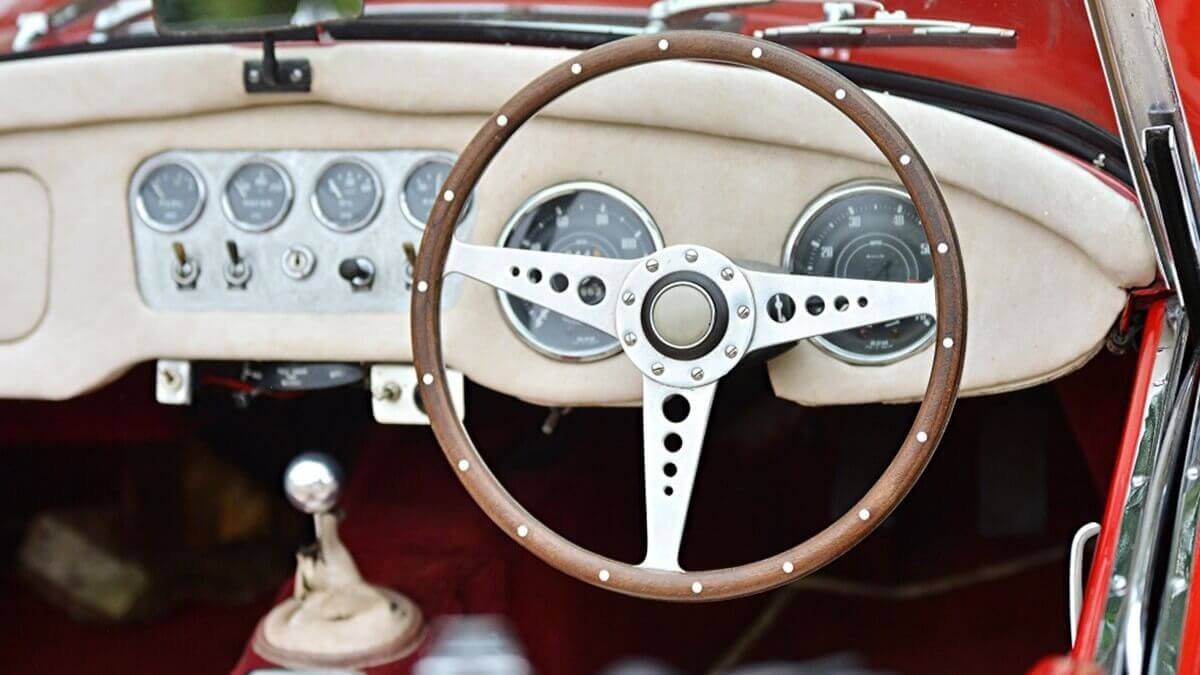 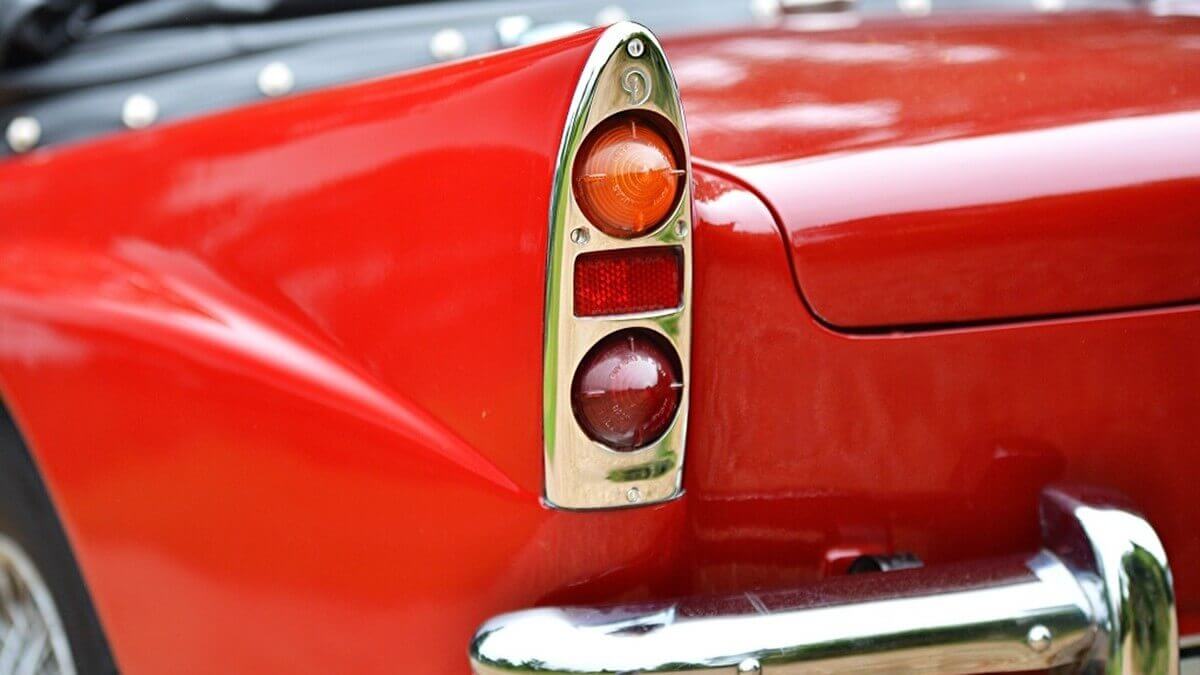 This rather skeptical attitude towards the Daimler Dart, which was eventually offered as Daimler SP250 due to name-related conflicts with the Chrysler group, was already observed at the 1959 New York Auto Show during its world premiere. There were only two different reactions: absolute rejection (predominantly) or total enthusiasm (minority). The US market was already tired of tail fins, so maybe a more typical European design would have worked better. At least the technology was able to inspire journalists and car experts: Its newly developed 2.5 liters V8 engine puts out 142 SAE-horsepowers. While the prototype was still wearing a Solex double carburetor during the world premiere and therefore needed a bonnet scoop to house it, they switched to two SU single carburetors for series production.

After Jaguar’s acquisition of Daimler, the engineers focused on the problems of the SP250. Among other things they had – like all manufacturers of the time – clear quality deficits with the plastic bodies. The upgraded vehicles received the internal suffix ‘B-Spec’. From this series the British auction house Classics at Brooklands offers a beautiful copy on 7 July. With an estimate of 24,000 to 30,000 GBP you can certainly speak of an interesting offer – if you can live with the optics.