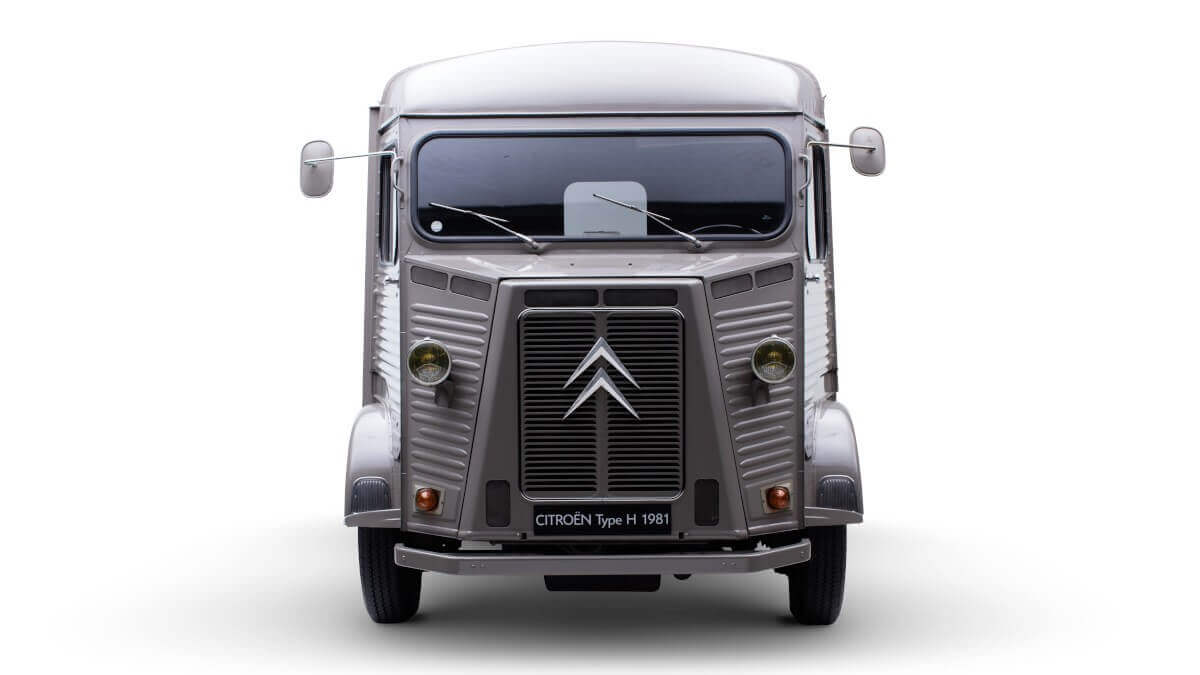 With the 100th anniversary of the Citroën brand, car fans can enjoy a particularly highlighted classic car from the extensive history of the French company every month. Normally, this was done in chronological order. For the month of August, however, they turned back a few pages in their books in order to not forget a special vehicle. Although most car fans are familiar with Citroën mainly for models such as the 2CV, Traction Avant or SM, the Type H with its unusual corrugated iron looks is also one of the vehicles you will find in the collective memory, at least throughout Europe. No wonder, after all, production began a year before the legendary 2CV in 1947 and ran without interruption or deep changes until 1981. By then, more than 489,000 units had left the assembly lines. With the Type H, Citroën inherited the TUB, of which only 1,748 vehicles were produced between 1939 and 1941 due to the war. Here, the front-wheel drive concept, which later also made the Type H successful, had already been tried out by turning the engine and gearbox of the Traction Avant 180 degrees around (engine in front of the front axle, gearbox behind). Of course, the direction of rotation of the engine also had to be reversed. This transport vehicle also had a self-supporting body made of corrugated sheet metal, whereby the wave form is not just an optical gimmick, but gives the vehicle more stiffness.

This principle has been transferred to the Type H on a significantly extended scale. Citroën offered it ex works only as a 4.28 meters long delivery van or as a bare chassis with driver’s cab. However, the vehicle was deliberately designed to allow as manyy variations as possible in order to meet all the requirements of transport companies, craftsmen and other customers. Thanks to the front-wheel drive, the area behind the passenger cabin could be equipped individually, which was done by various external coachbuilders (‘Carrossiers’). These also offered modifications that were sold through official Citroën dealers, but were not carried out at the factory. These included, for example, ‘Modification A’ (40 centimeters of rear overhang) to ‘Modification F’ (wheelbase extended by 1.2 meters and 60 centimeters rear overhang) or roof elevations of 10, 20 or 40 centimeters including the roof of the driver’s cab or without. 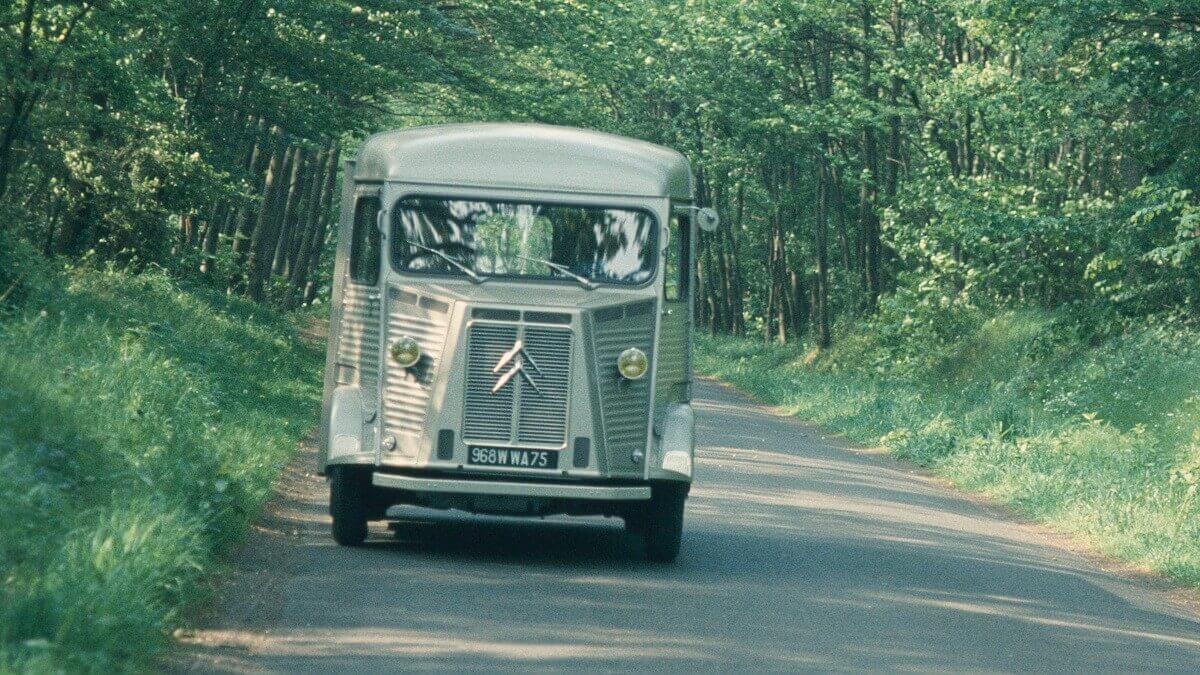 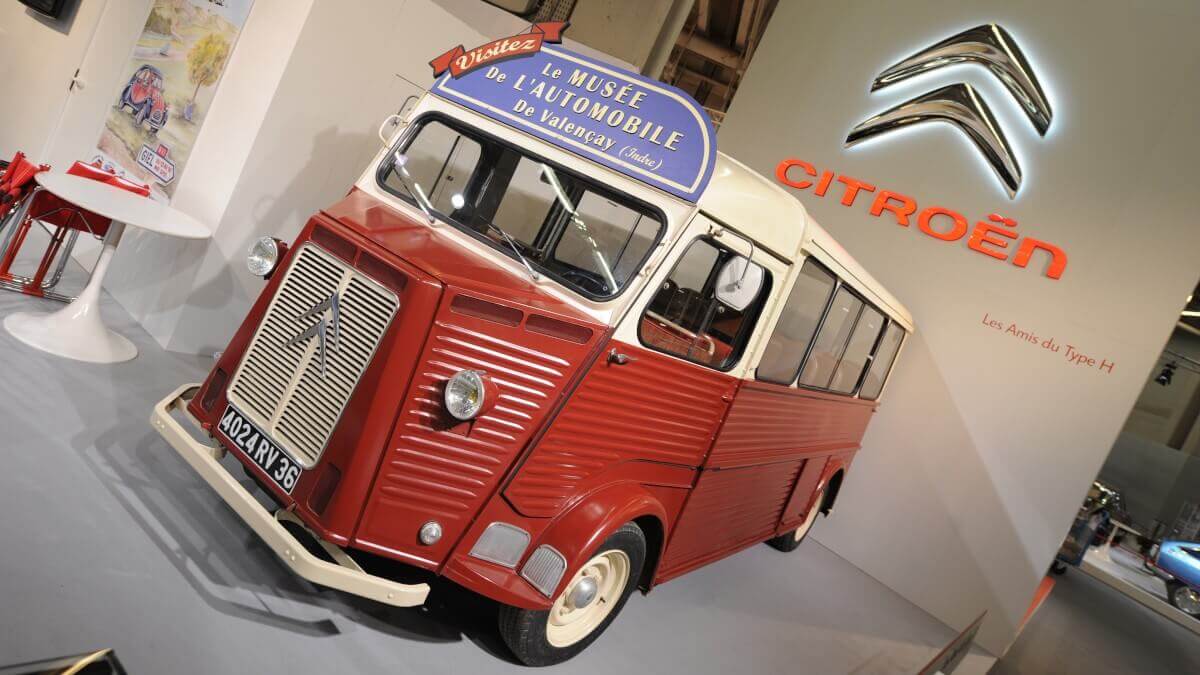 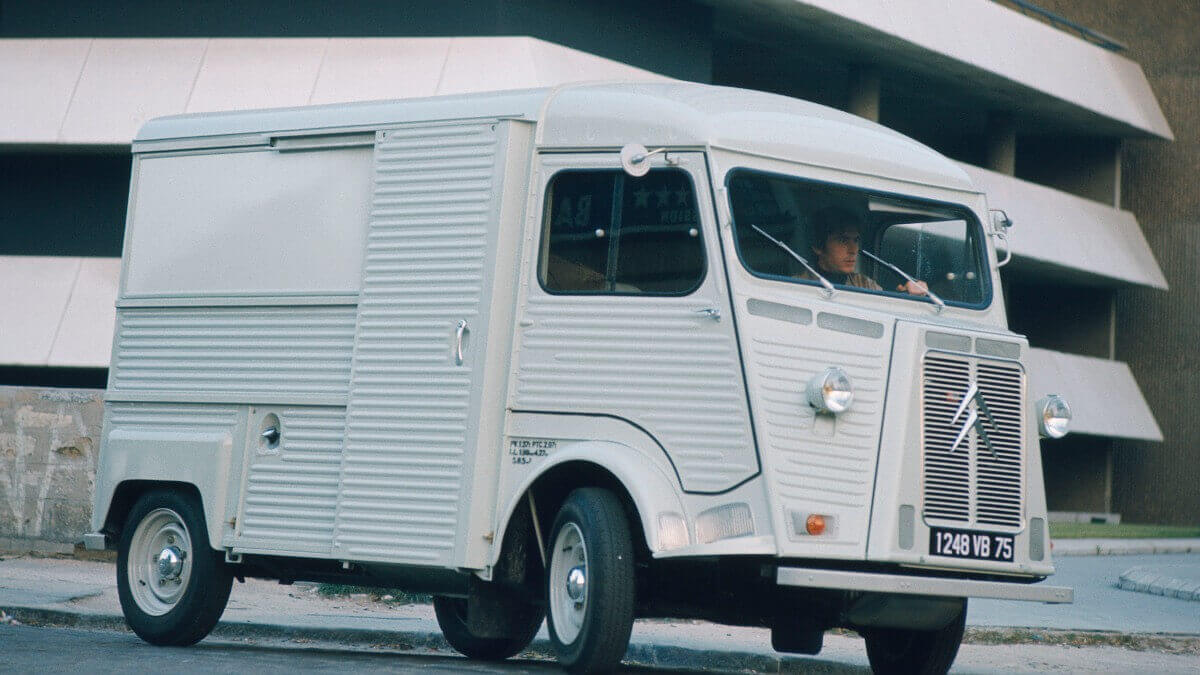 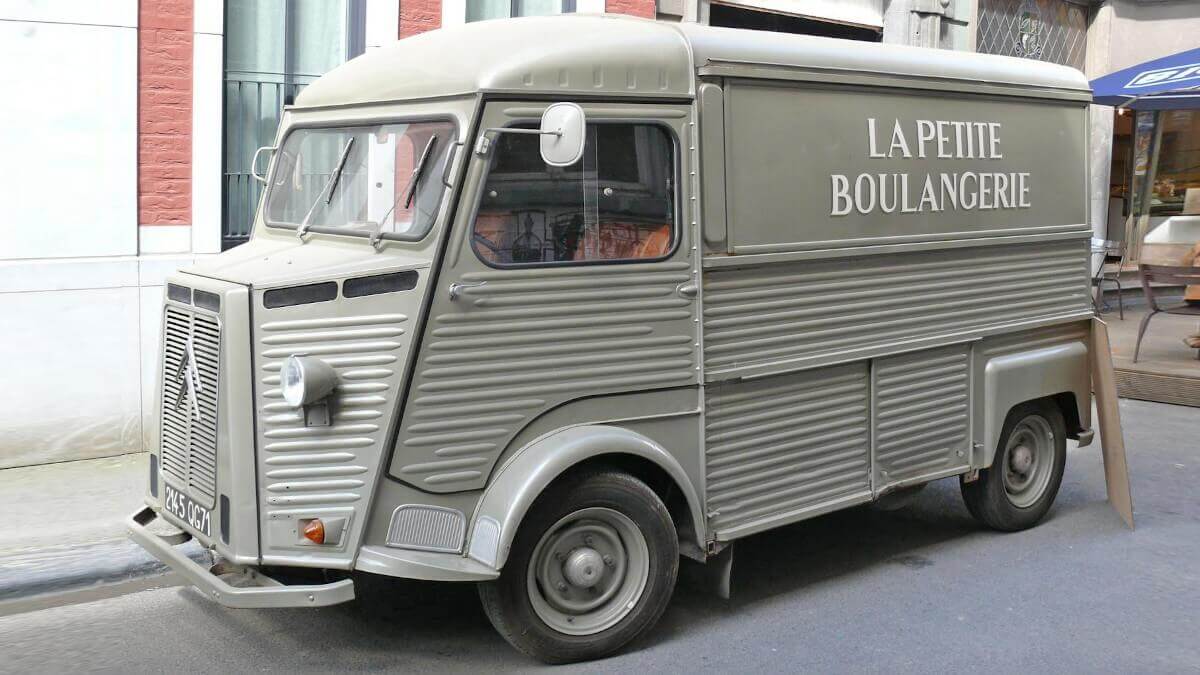 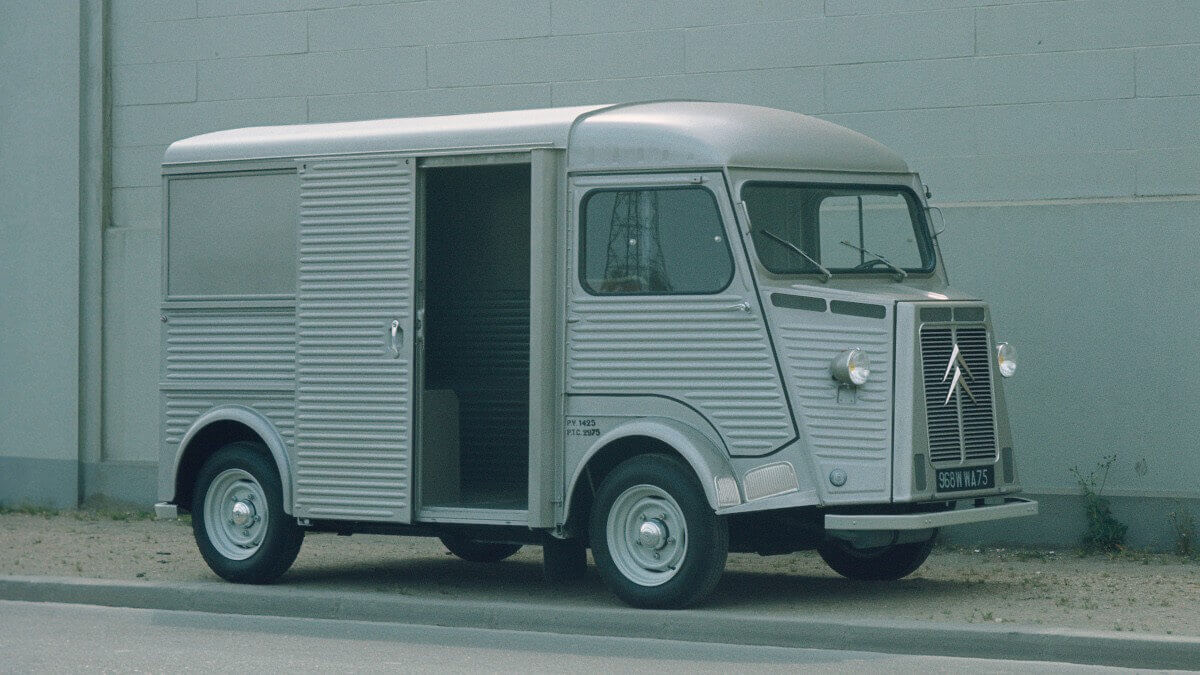 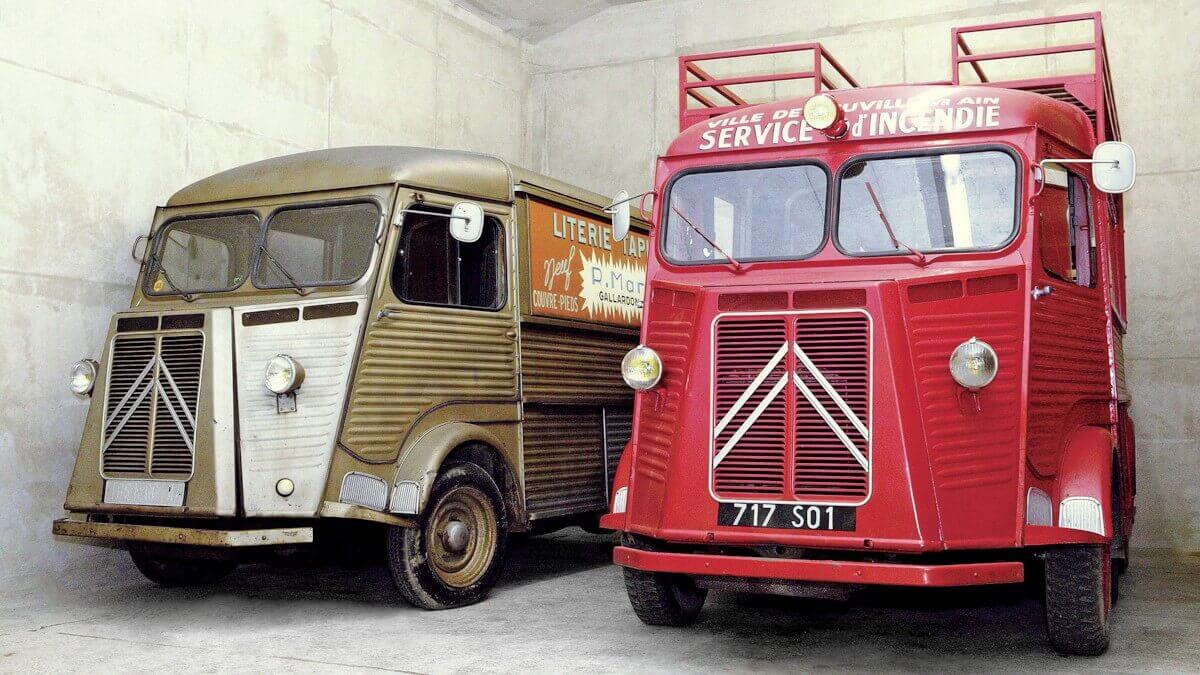 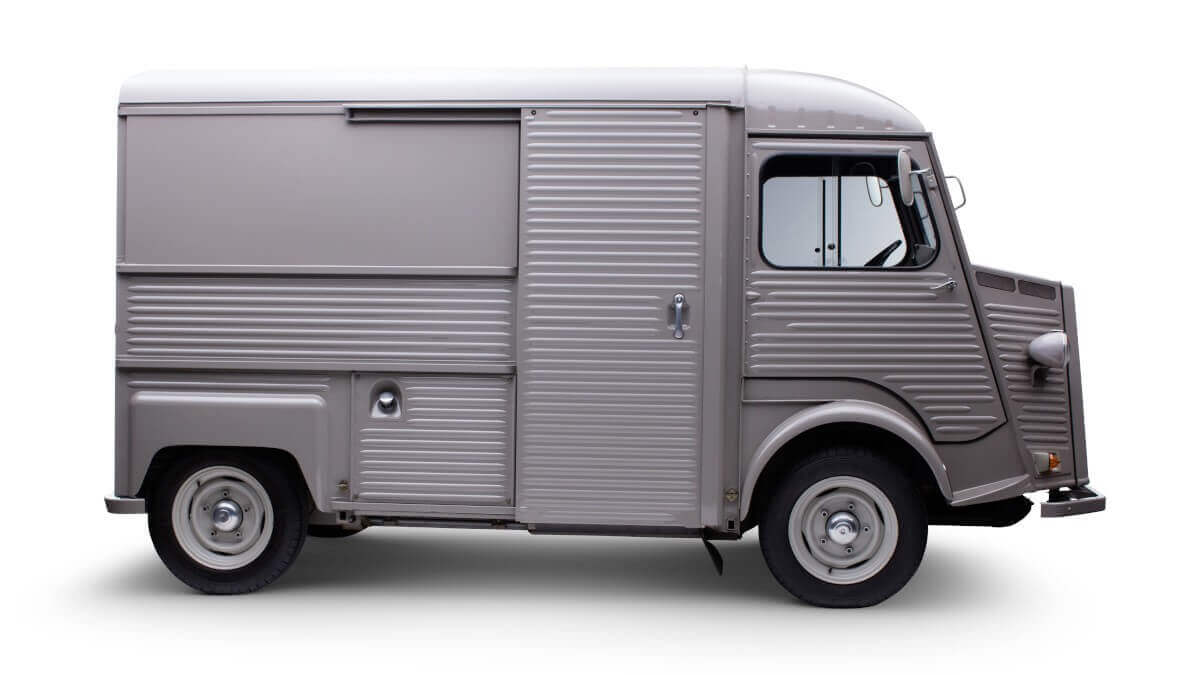 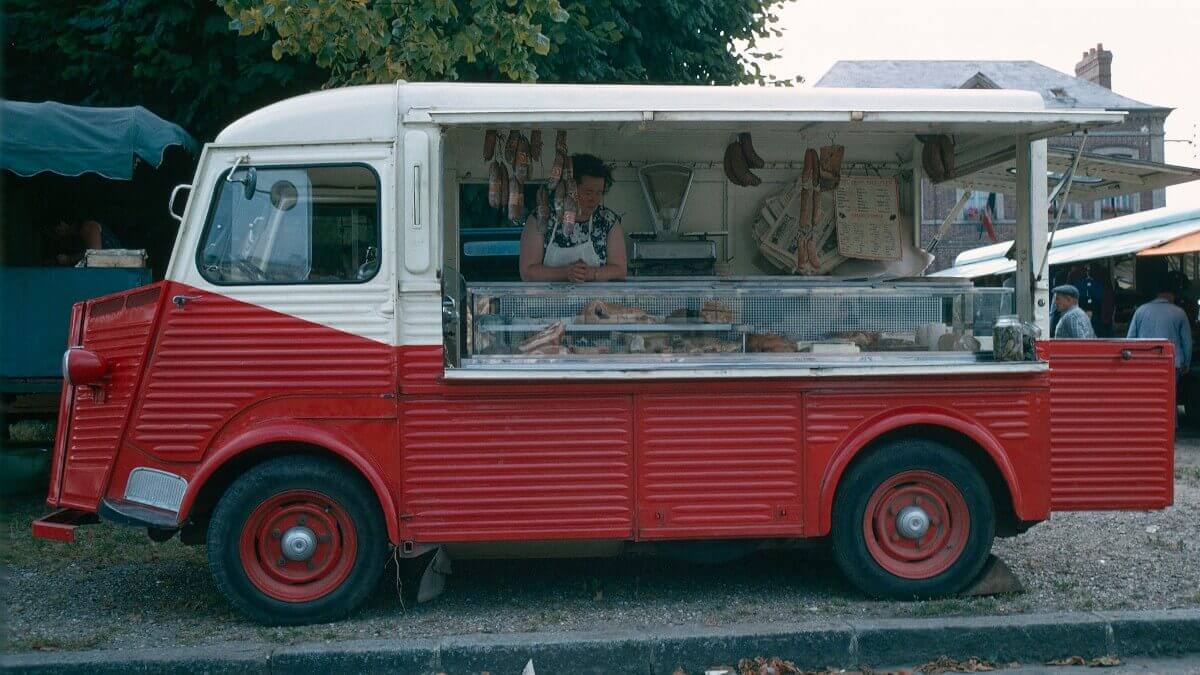 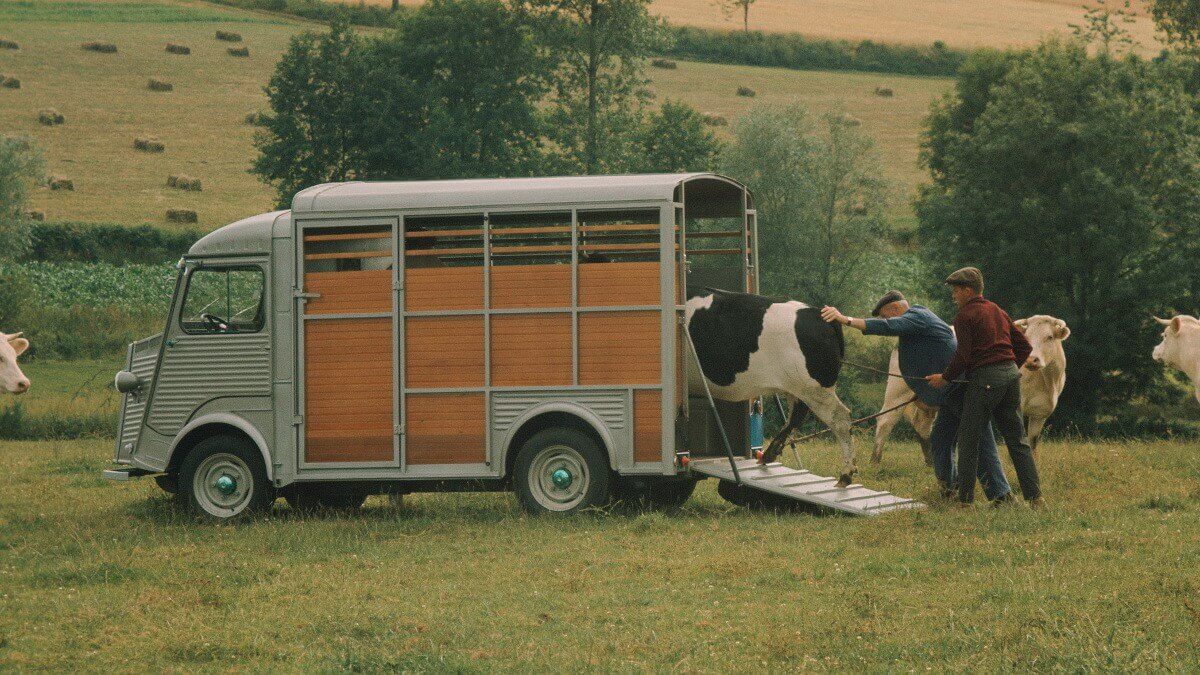 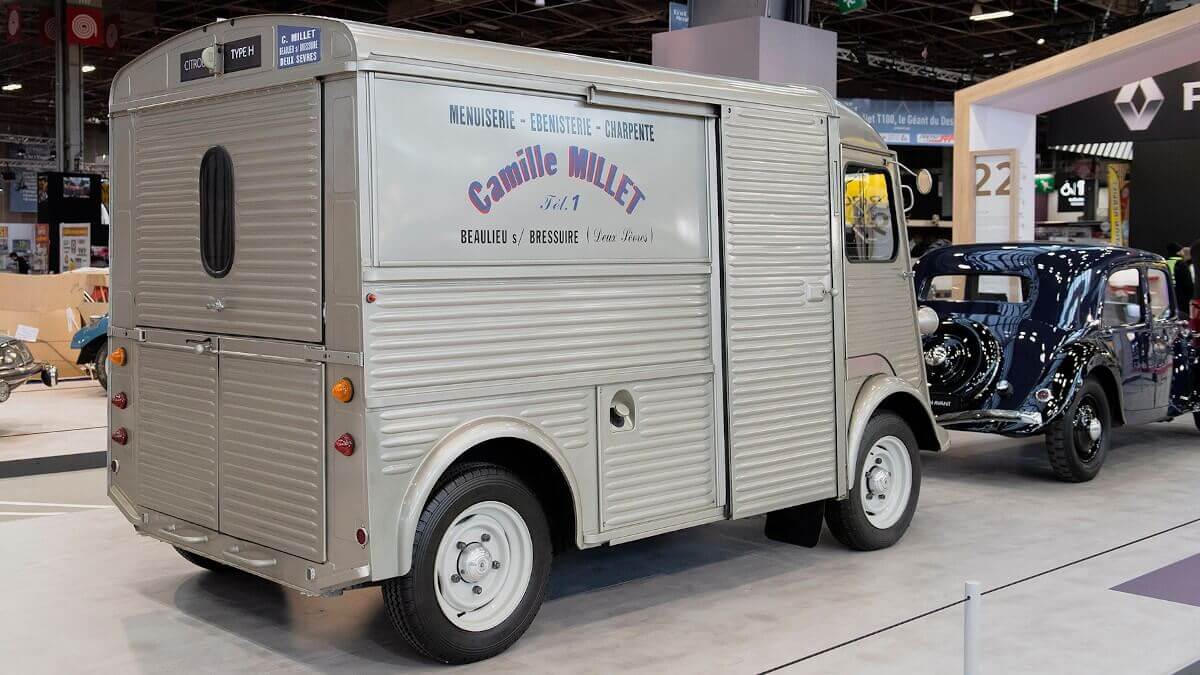 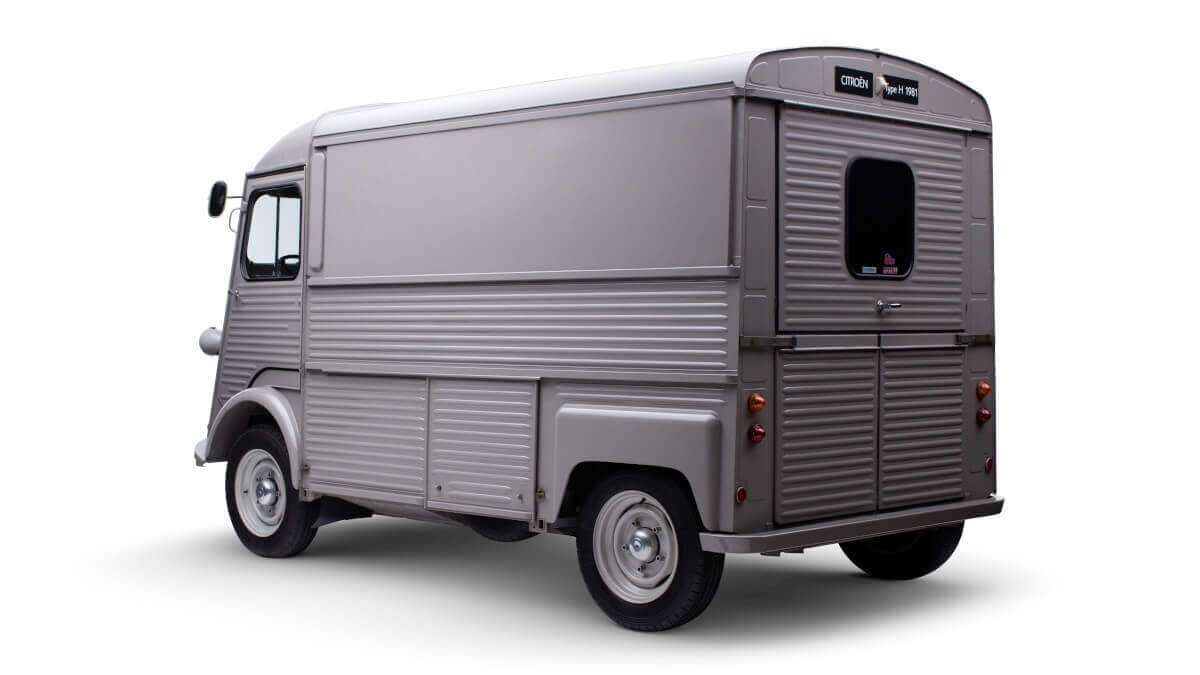 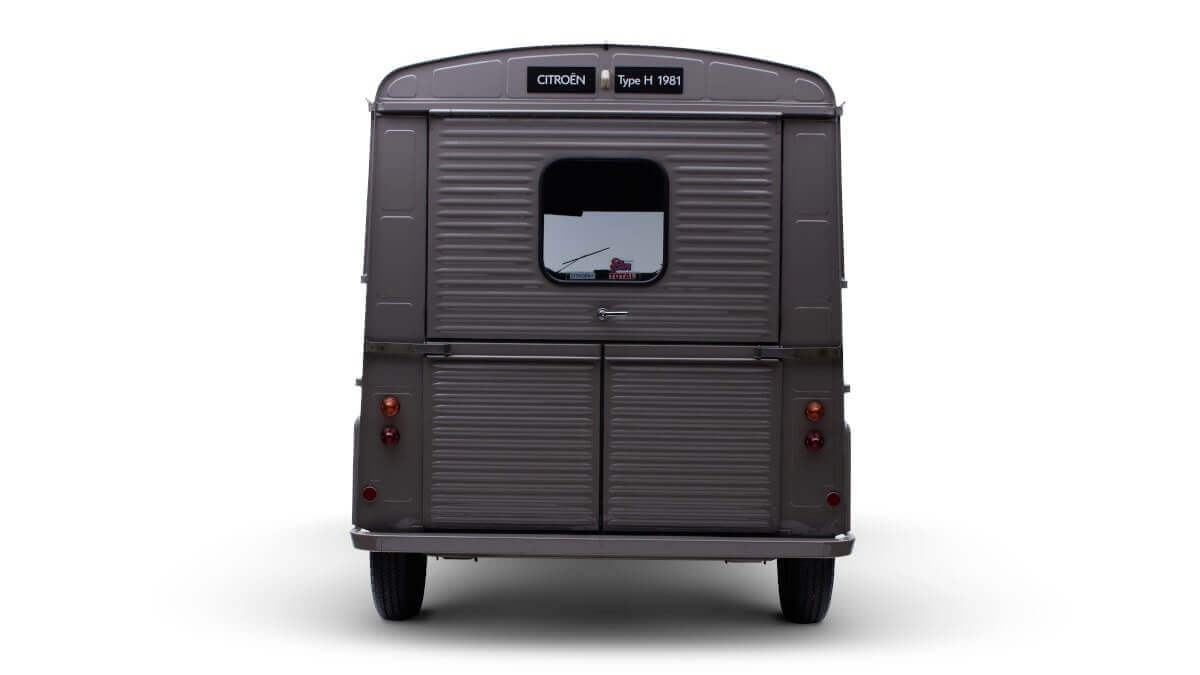 In addition to the normal delivery vans, minibuses, hearse vans, ambulances, flatbed vans with and without tarpaulins, laboratory vans, car transporters, sales vans for the weekly markets, animal transporters, cooling vans, mobile homes and other variants were created. Especially in France, but also in other European countries the Type H belonged to the street scene for a long time. Depending on the payload, it was given the designation HW, HX, HY or HZ. By using a torsion bar suspension a good driving behaviour in empty and loaded condition was ensured. Some examples, especially ambulances, received the hydropneumatic suspension from the Citroën DS at the rear axle. Under the bonnet first the engine of the Traction Avant and later that of the ID19 was used, in each case with changed direction of rotation. There were also diesel engines from Perkins and Indénor with 30 kW/41 hp to 42 kW/57 hp. Since all those engines were easily accessible in front of the axle and care was taken during the development of the Type H to mount them for quick dismantling, the maintenance costs were kept within limits.

In addition to the French Citroën plants in Quai de Javel and Aulnay-Sous-Bois, subsidiaries in Belgium and the Netherlands also produced the Type H. This van is currently experiencing a small renaissance as a result of the increasingly popular food trucks in Europe. Citroën is also offering a fiberglass conversion kit for their current Jumper, which translates optical bonds of the Type H into modernity. These body parts were developed by Caselani Automobili from Italy.