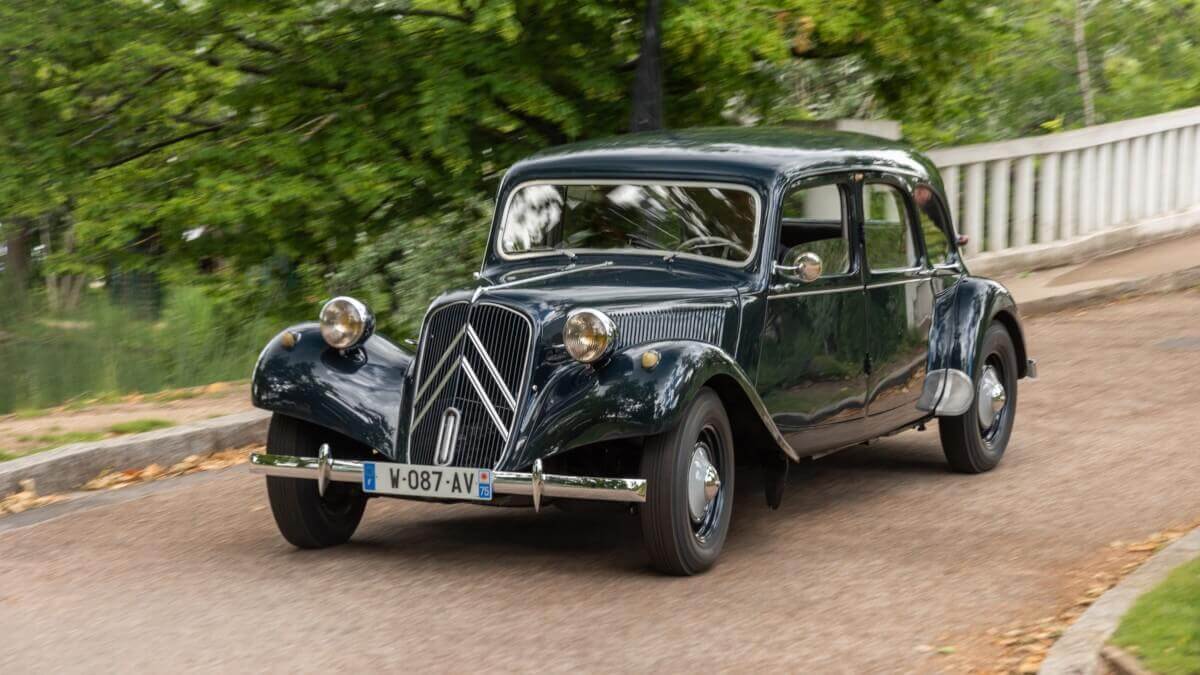 As Citroën is celebrating its 100th anniversary this year, they are opening up their archives in France, allowing car fans to participate in the innovative developments that have come to light over the decades from the brand with the double chevron in their logo. This time they focused on the Traction Avant, which we would like to take up at this point. You probably know this model, which in France became known as ‘Reine de la Route’ (Queen of the Road) and in Germany as the ‘Gangster-Limousine’ (Gangster Sedan) for its appearance in many thriller series and criminal cases in movies of the time. If the car really was the vehicle of choice for crooks and bank robbers can’t be said for sure from today’s point of view. At least its driving characteristics were significantly better than those of many other cars. But would you’ve known the date when the first copy of the Traction Avant was off the production line? It was April 18, 1934, almost exactly 85 years ago. For the first time ever, a French carmaker produced a front-wheel drive passenger car in mass production. In addition, the Traction Avant was also produced for a short time in Germany. Citroën opened a plant in Cologne-Poll in 1927, after the import duties on foreign cars for the German market had been extremely raised. In 1934, production of the Citroën Front started there, as the Traction Avant was called in Germany at first. People called it the ‘Poller’, which came from its origin, but also means as much as ‘bollard’ in German. After 1,031 copies of the 7CV and another 800 of the 11CV, however, the production in Cologne ended in 1935, after the French-German trade agreement had been terminated by Germany in the previous year and the plant in France came into economic problems.

As if the front-wheel drive alone hadn’t been sensational enough to surprise the rivals of the time, the development team around engineer André Lefèbvre and designer Flaminio Bertoni also equipped the Traction Avant with an aerodynamically designed, self-supporting all-steel body with a very low center of gravity. The passenger cabin consists of only one part, which gives the whole structure additional rigidity. The model name Traction Avant translates simply as ‘front-wheel drive’. Citroën put the gearbox in front of the floating engine and thus kept annoying vibrations deliberately away from the cockpit. In the sales brochures, there were initially the designations 7A (only in the first few months), 7B, 7C and 7S (for Sport). The latter was further developed into the 11A and 11B. The numbers eventually became the colloquial names 7CV and 11CV, matching the French tax codes. All cars of the 7CV series had a 1.3-liter four-cylinder engine with 34 kW/46 hp, while the 11CV received a 1.9-liter engine with 41 kW/56 hp. From 1938 there was also the 15-Six (15CV) in parallel, which exchanged the four- for a six-cylinder engine with 2.8 liters of displacement and 57 kW/78 hp. This was mounted in an 11 centimeters extended engine bay in front of the windscreen. 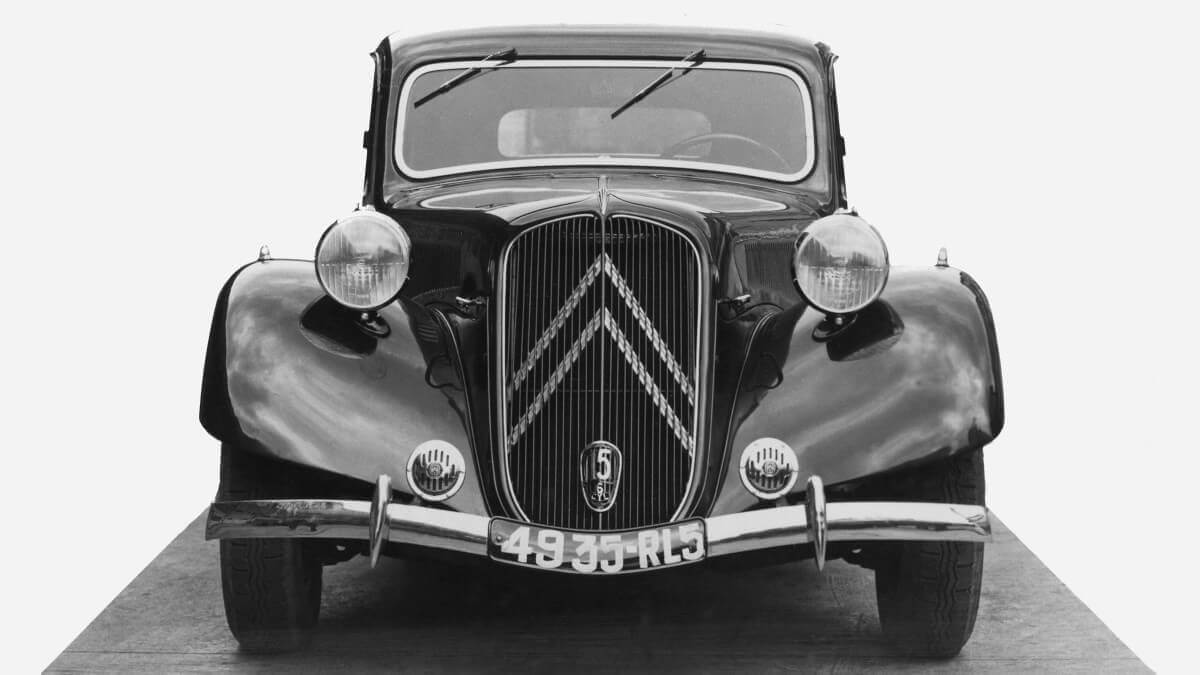 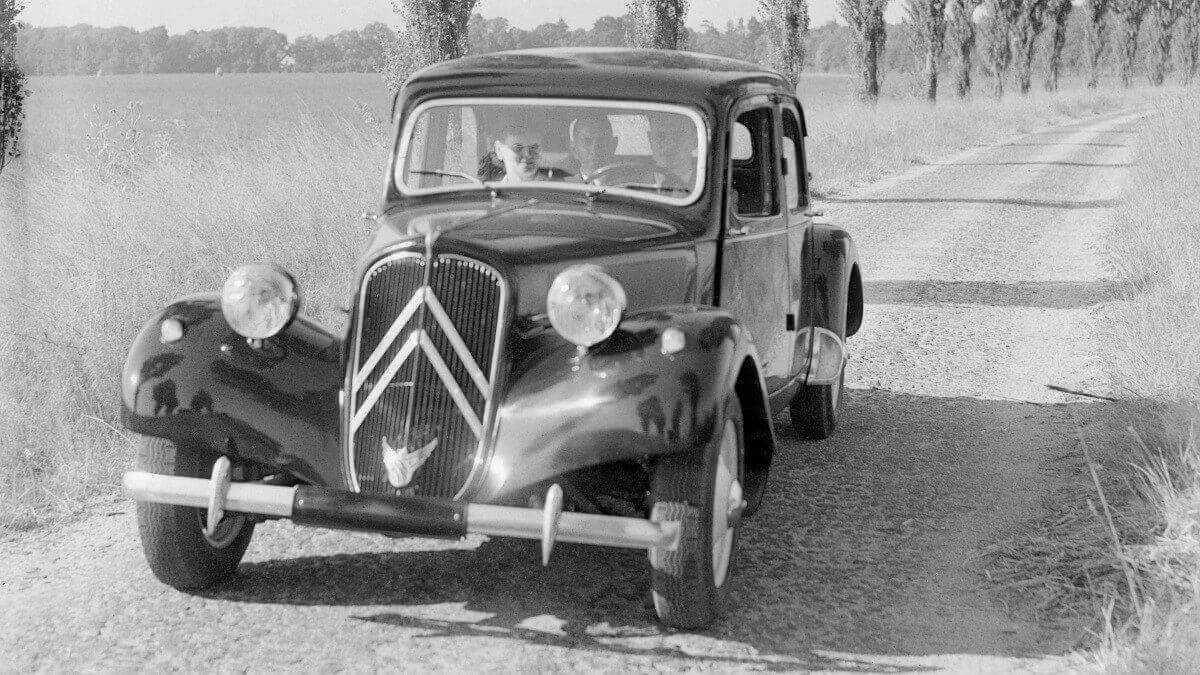 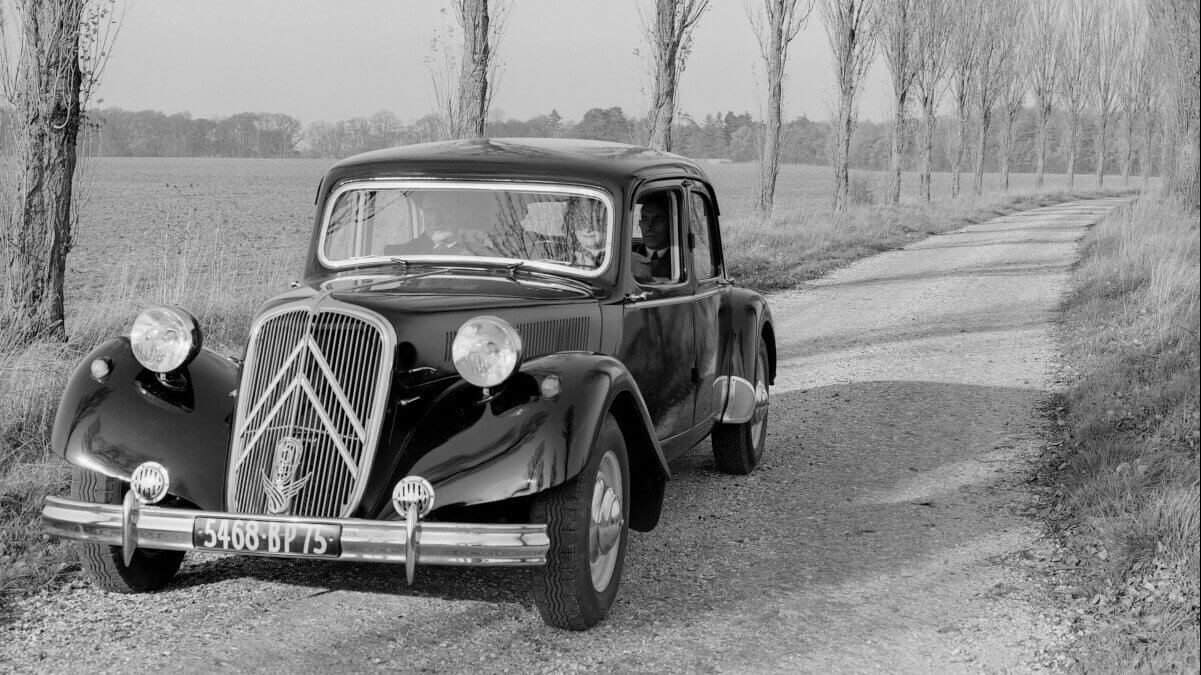 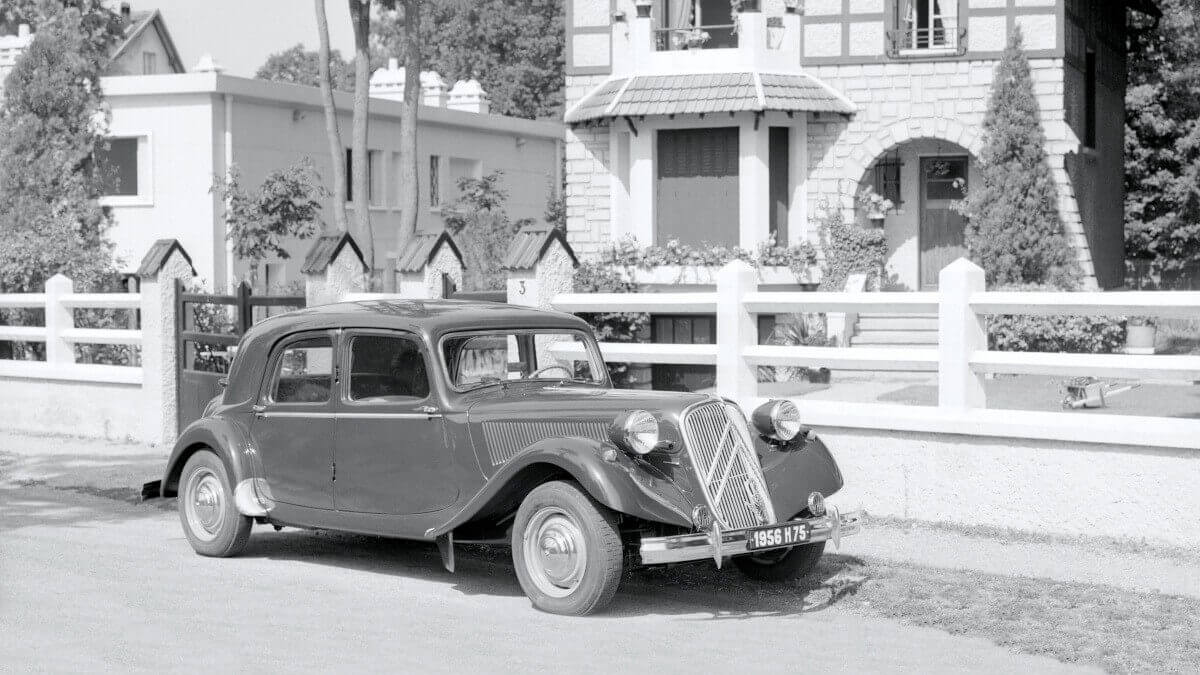 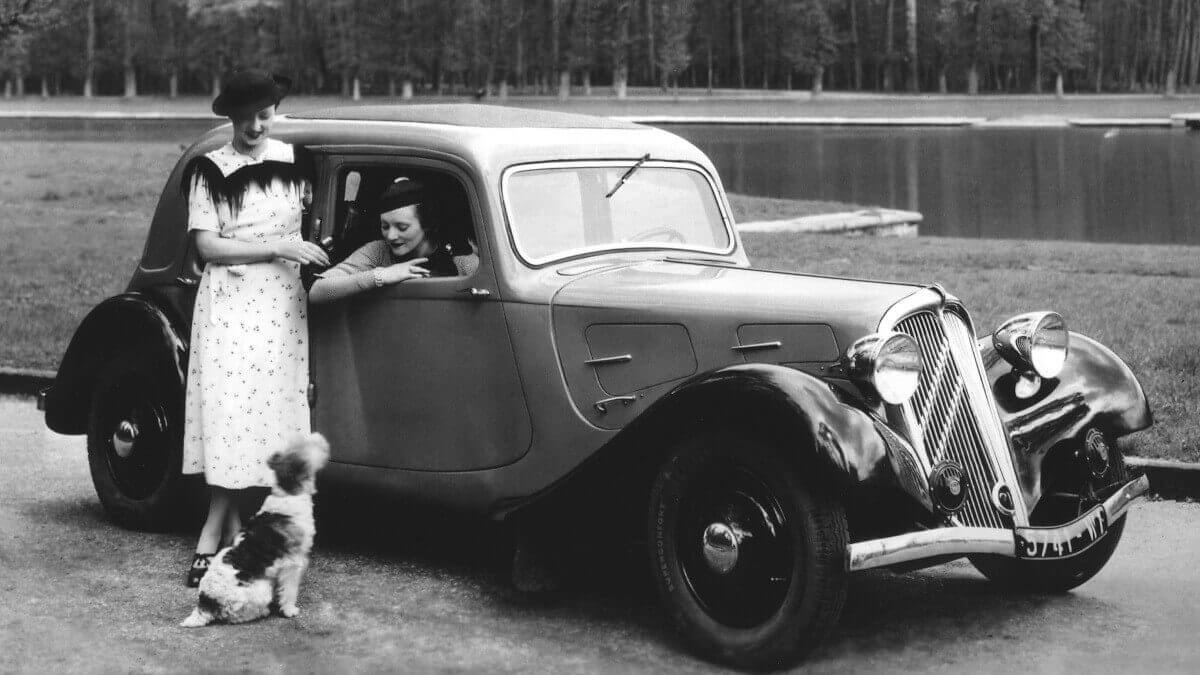 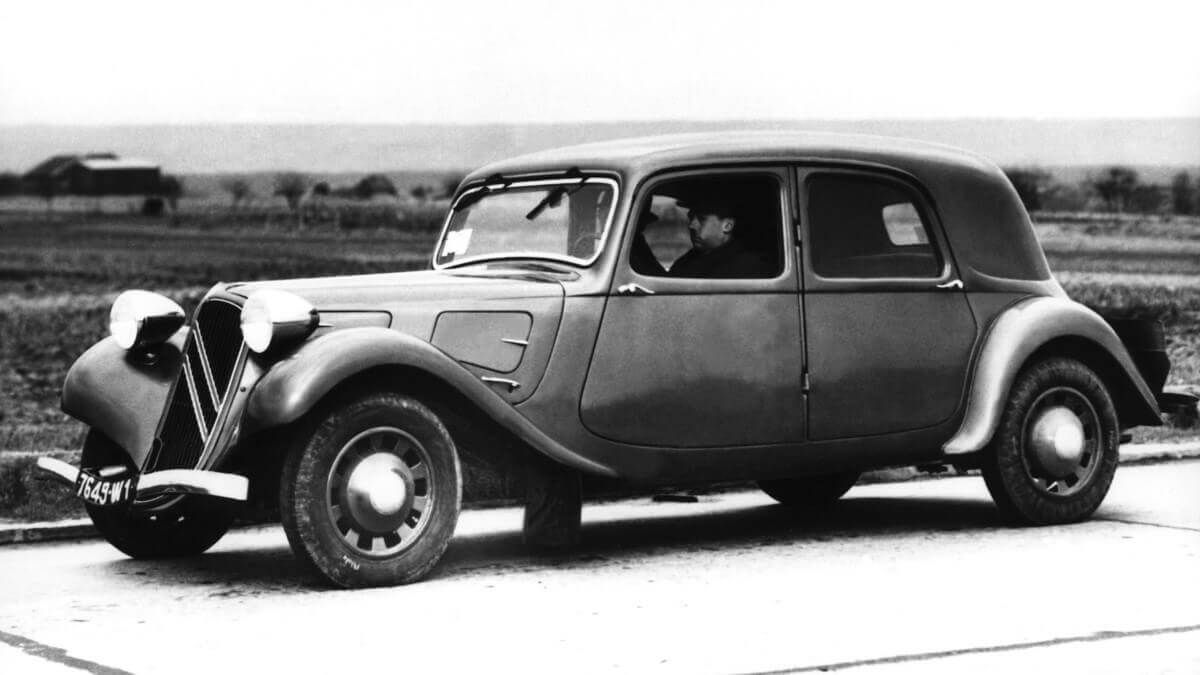 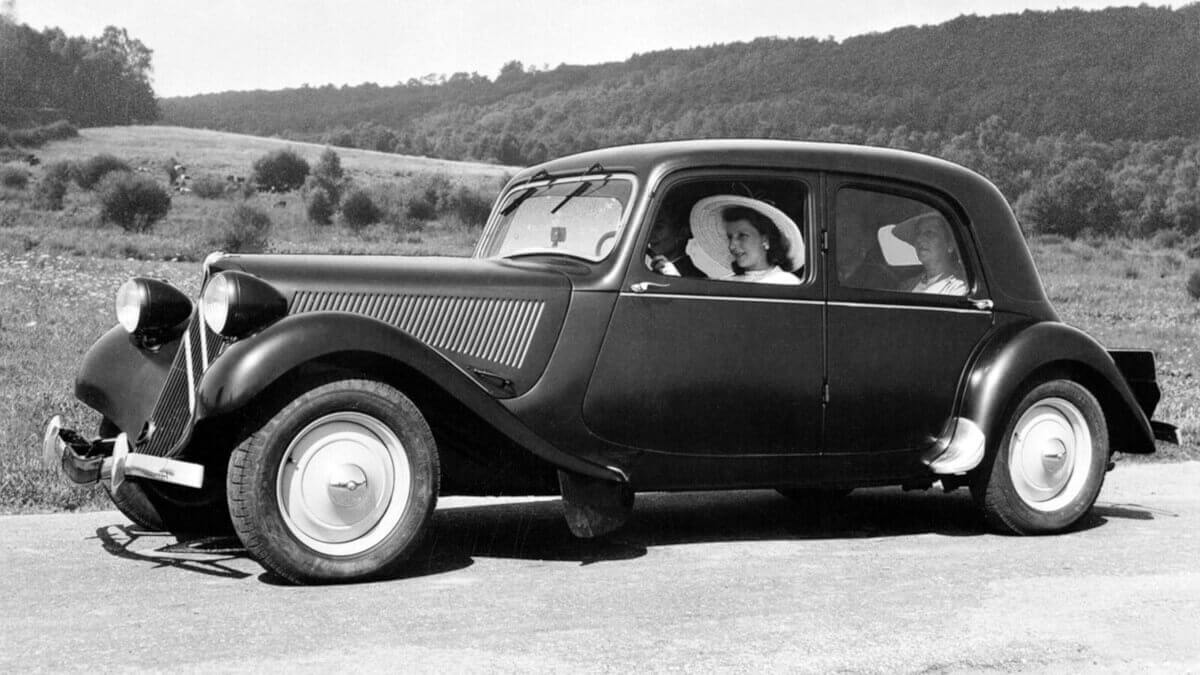 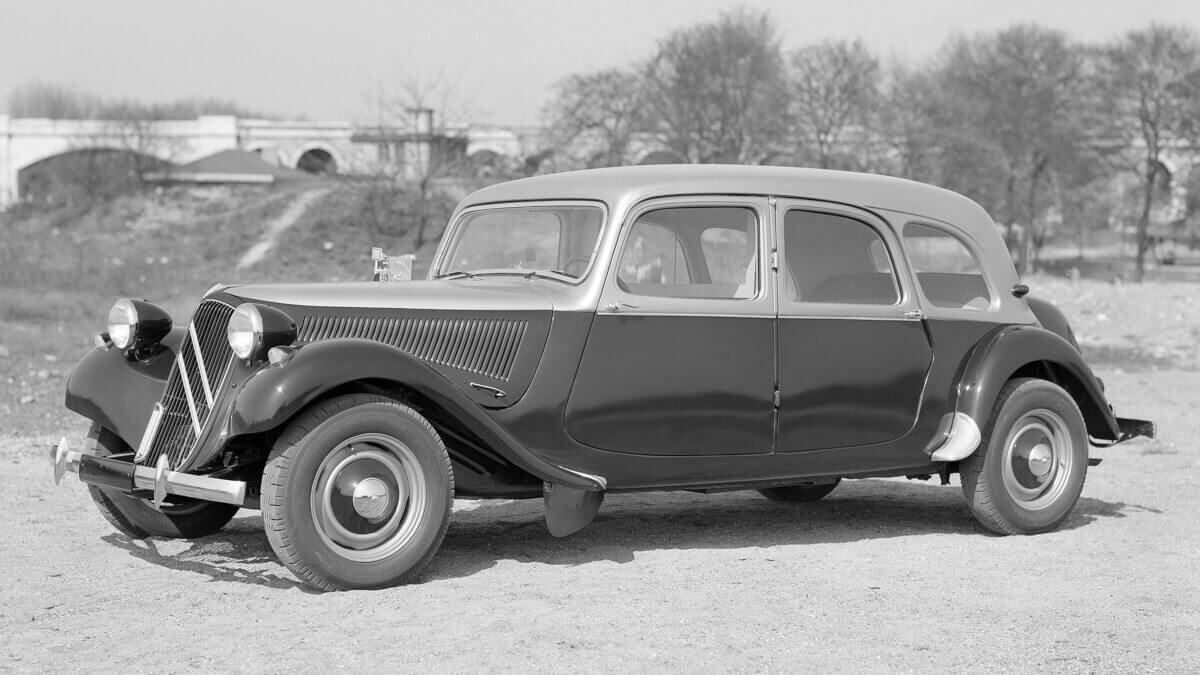 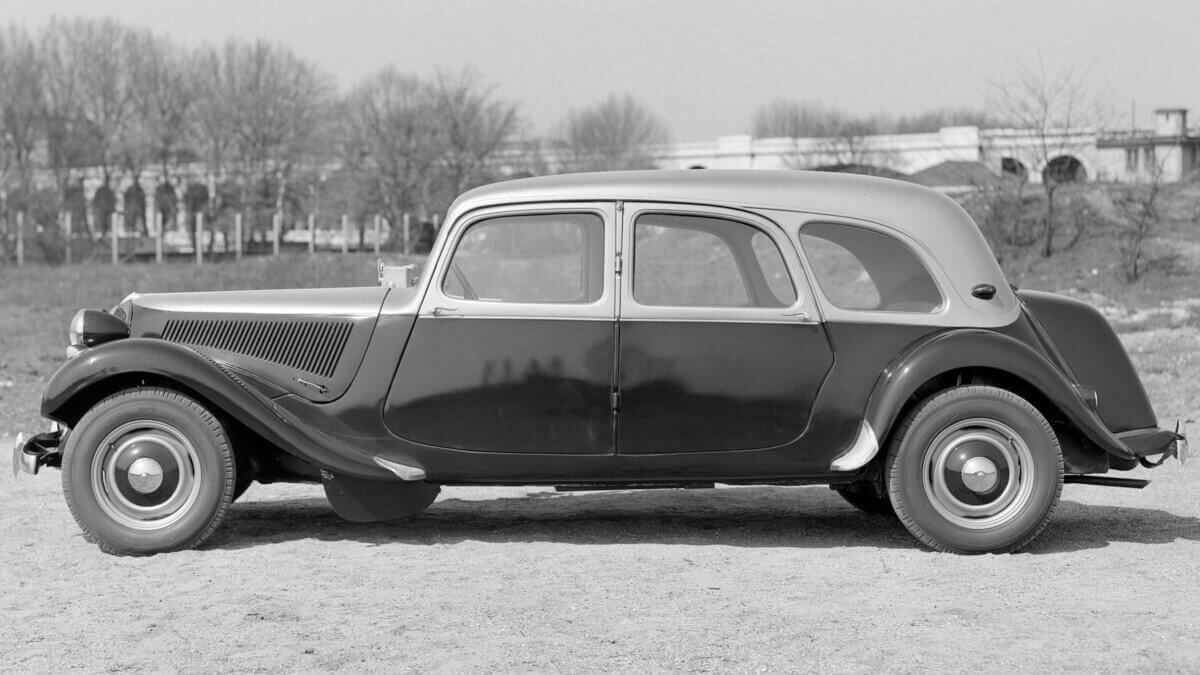 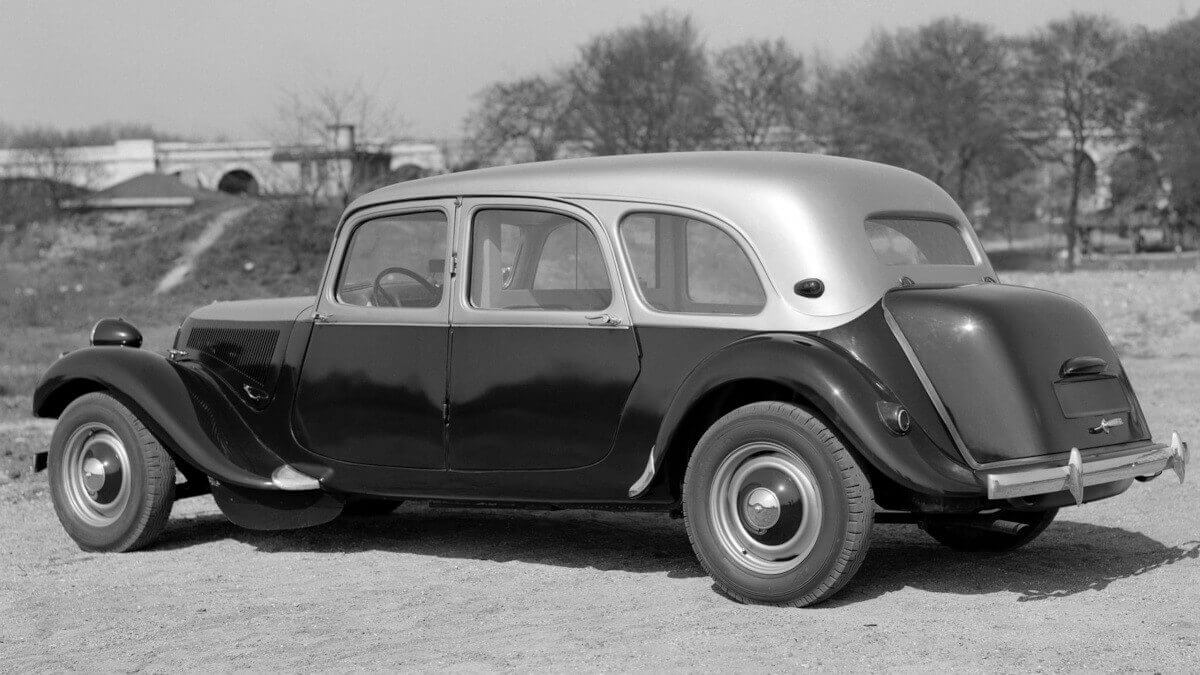 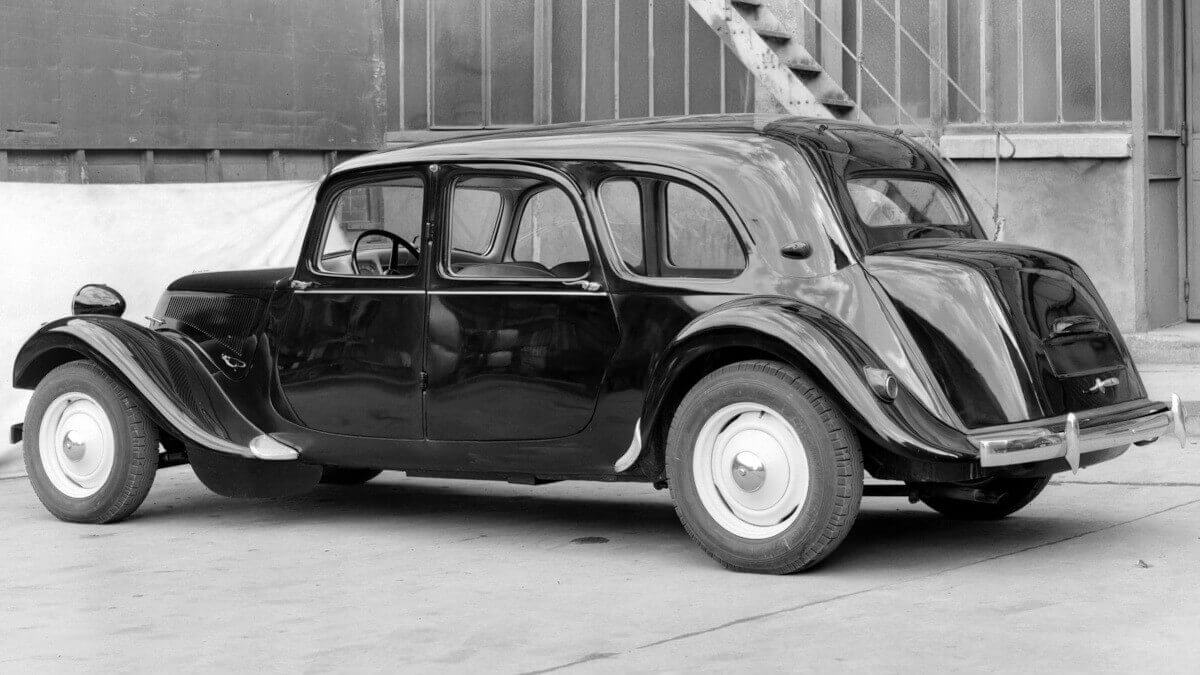 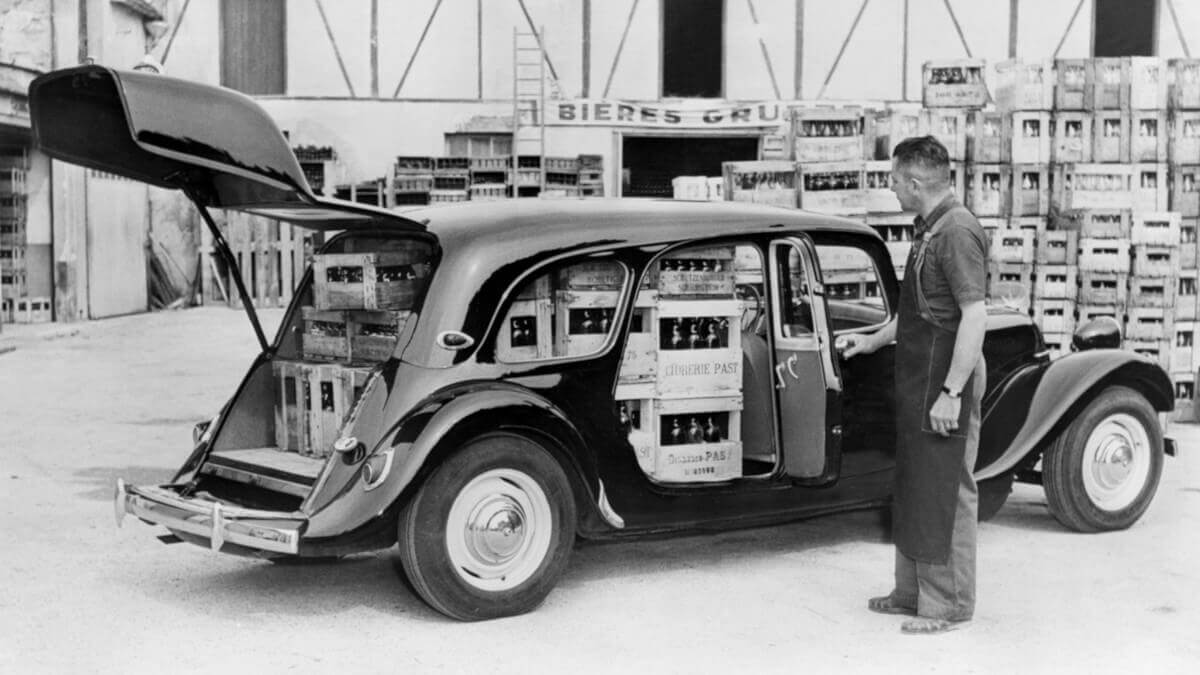 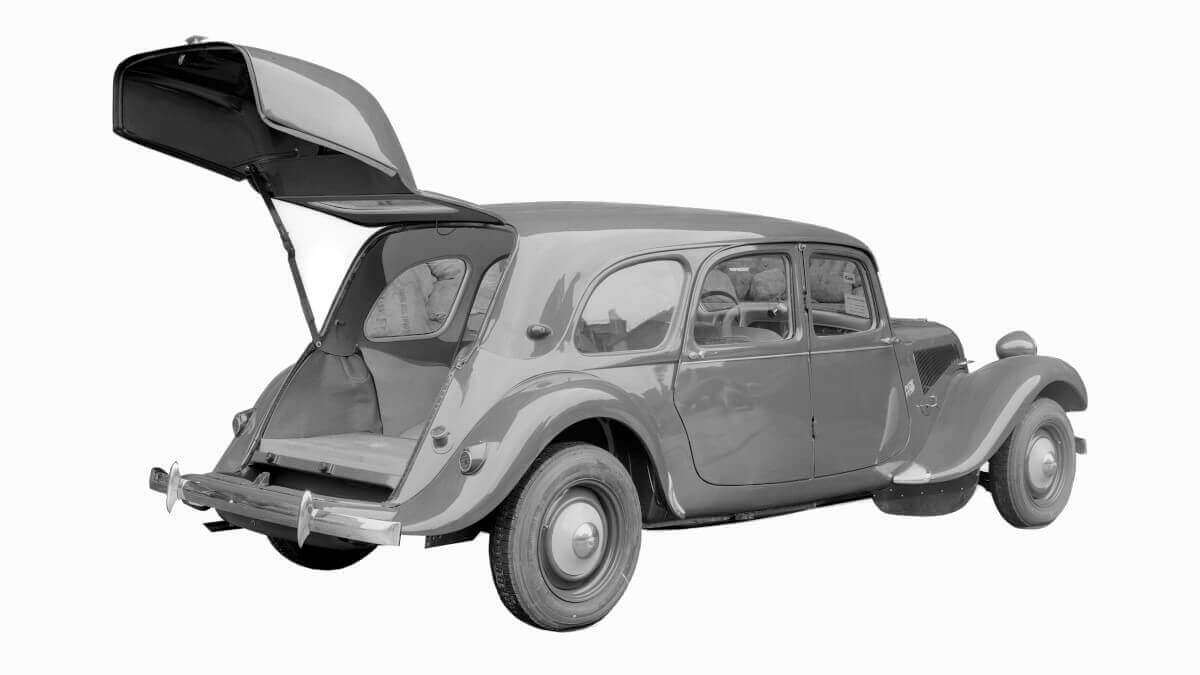 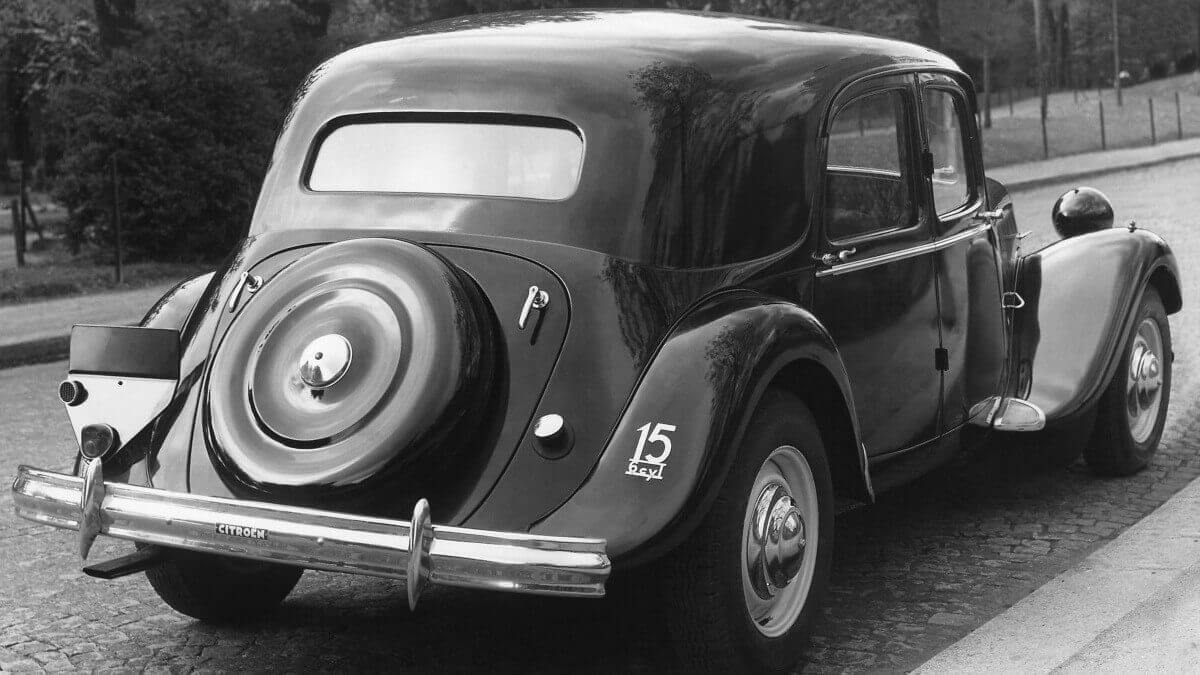 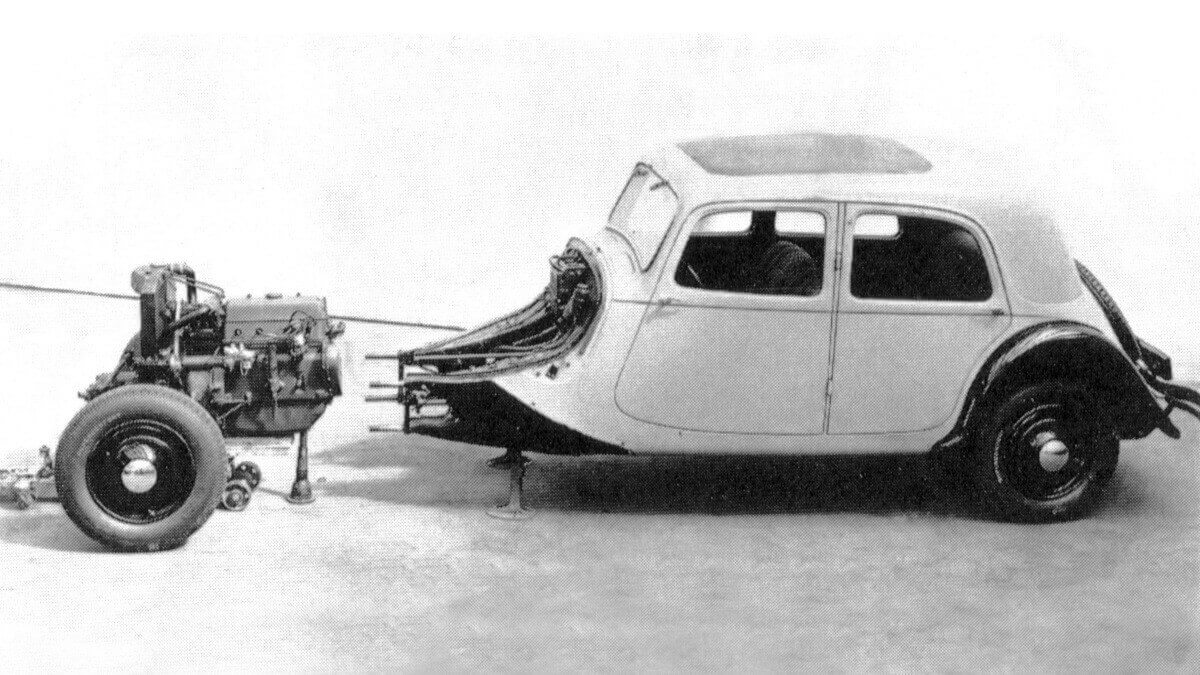 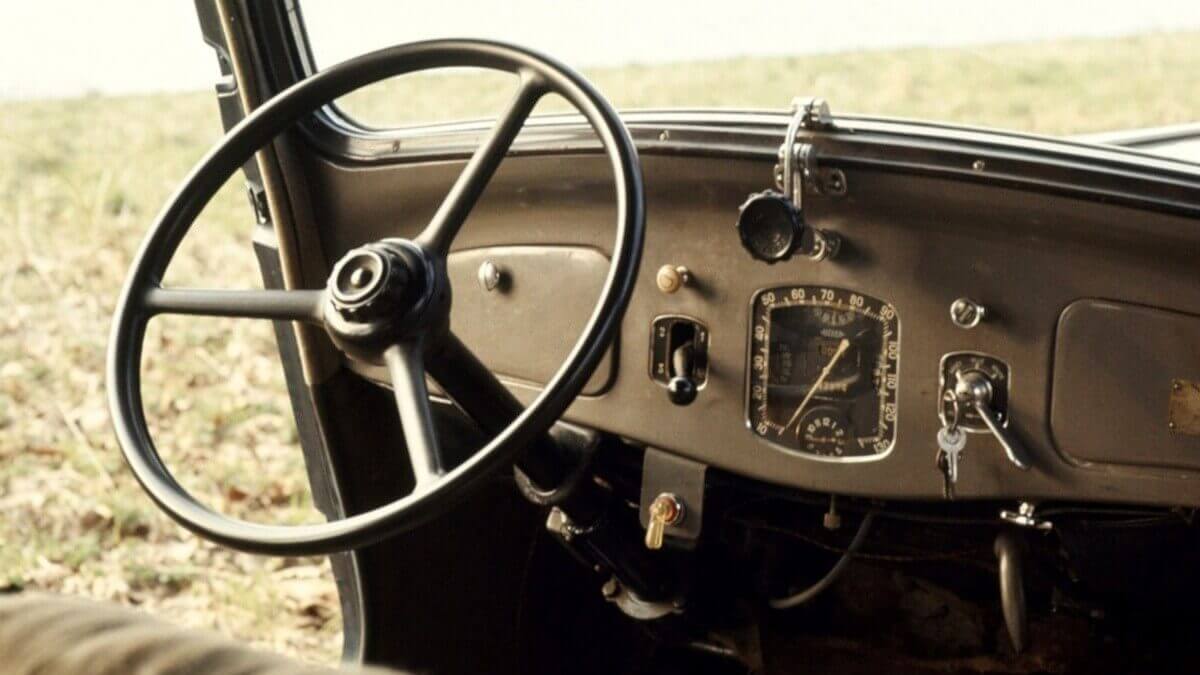 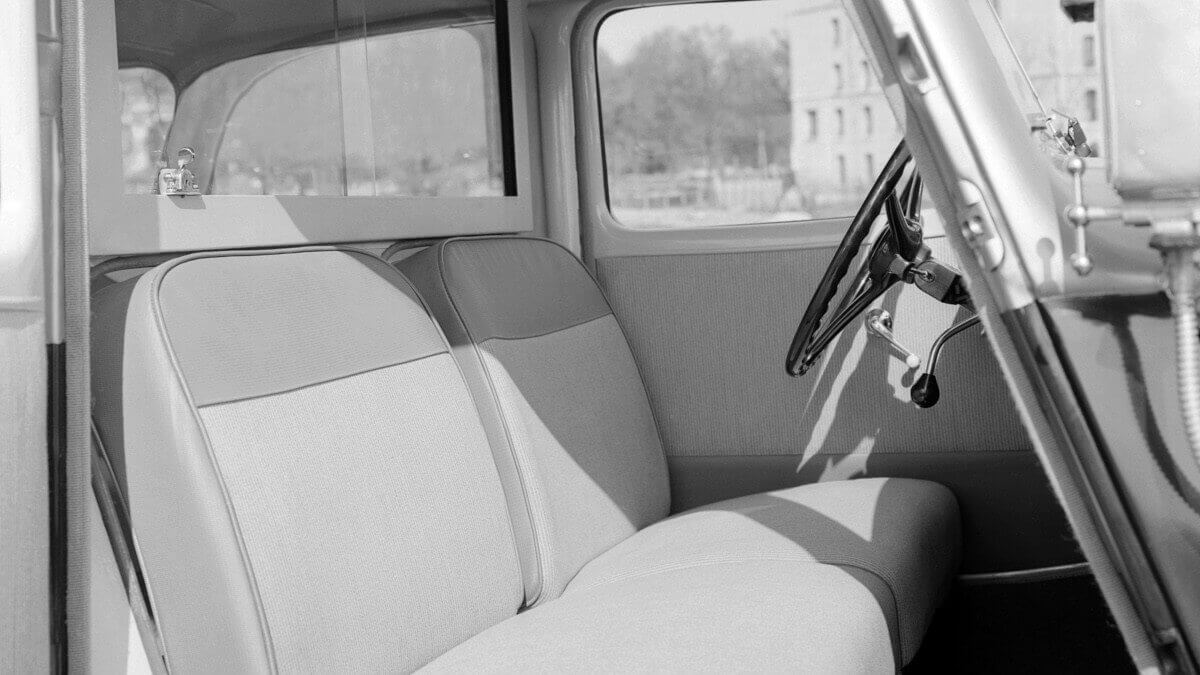 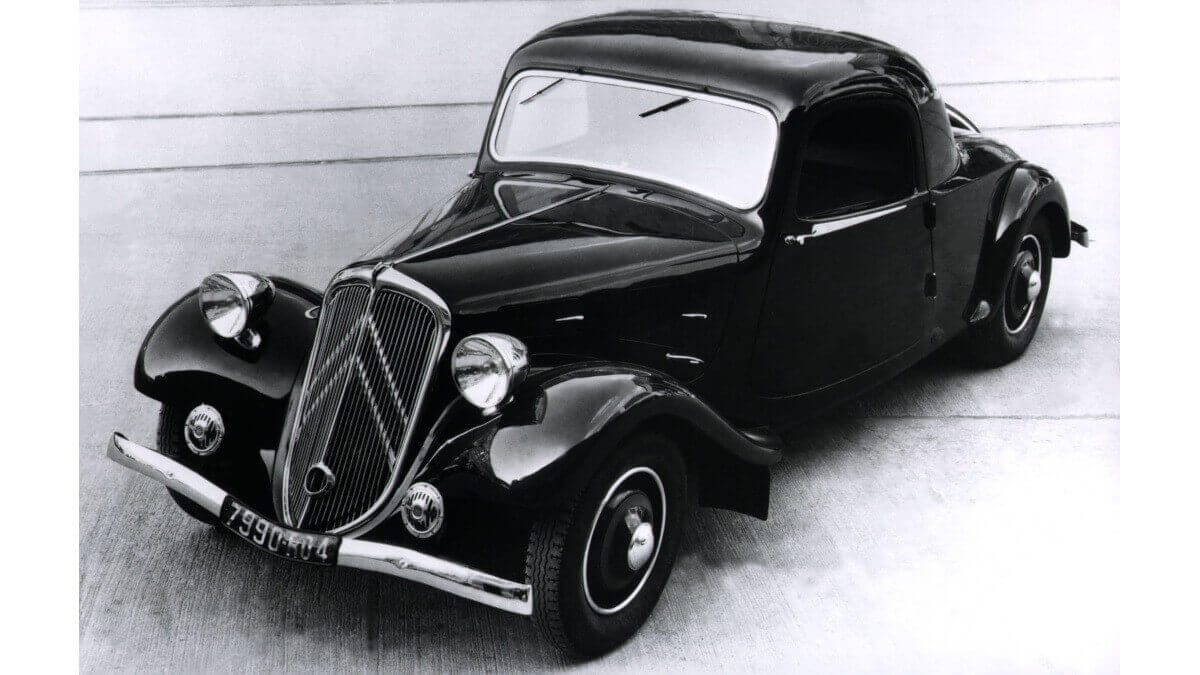 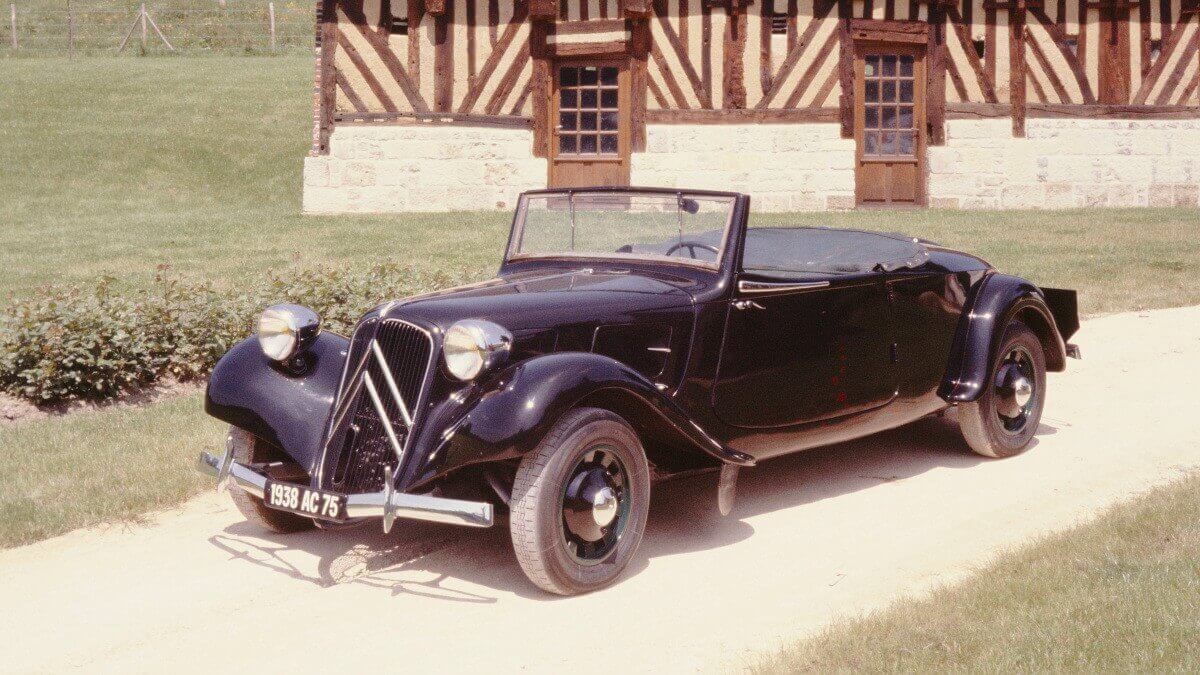 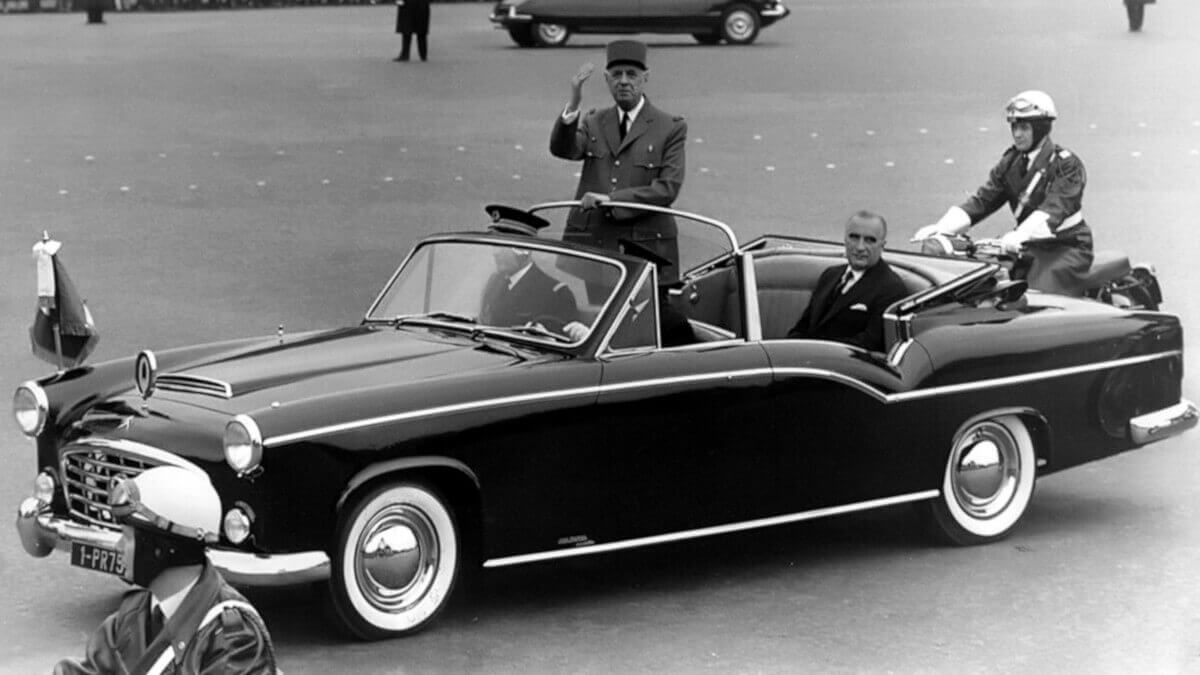 In order to be able to bring the engine up to operating temperatures faster during winter time, the cars were fitted with blinds that could be hung in front of the radiator grille. In the summer, however, the driver was able to open the two parts of the windscreen a bit at the bottom and thus channel a little bit of outside air into the car. Over the years, the Traction Avant has been getting technical improvements. From the start of production, hydraulically operated brakes and an independent front suspension were already available as standard. In 1936, a rack and pinion steering followed. After World War 2, the engine was changed to turn rightwards and therefore Citroën had to change the gearbox. In addition, they built the Traction Avant until 1957 and developed the 15-Six H with hydropneumativally sprung rear axle, which in 1954 complemented the line-up as well as a six-window sedan body. Thus, with the short ‘Légère’ sedan, the ‘Normale’ sedan, the large Familiale, the Commerciale with large tailgate and cargo area instead of the back seats as well as the two-seater Cabriolet and the Faux Cabriolet (Coupé) based on it, there were seven different body variations available from factory. A few copies of the Traction Avant also received special bodies from independent coachbuilders. Chapron on behalf of the French government made a completely redesigned four-seater Convertible based on a 15-Six H for President General du Gaulle. Another vehicle of this type also received a presidential limousine body by Franay, also on behalf of the French state. This was the last creation of Franay, adorned their stand at the 1955 Paris Motor Show, but couldn’t prevent them from closing this long-established company.

In 1934 at the Paris Motor Show debuted some copies of the 22CV with a roughly 100 hp strong, newly developed eight-cylinder engine. These vehicles were also shown at the Brussels Motor Show at the beginning of 1935, but they never went into production. In addition to a sedan, there was definitely also a Faux-Cabriolet (Coupé) and a six-window sedan. According to various sources, Citroën built between nine and 20 prototypes of the 22CV. In contrast to the well-known models of the Traction Avant, these cars showed headlights integrated into the front fenders. To date, nothing is really known about the whereabouts of these vehicles, which apparently still had a Ford engine under the hood at their premiere in Paris, as the Citroën engine wasn’t ready in time. Rumor has it that as the company was in a tough financial situation, which culminated in the sale to Michelin, all prototypes were ordered to be rebuilt as normal 11CVs and the newly designed front and bonnet parts had to be scrapped. Only the luxurious interiors remained inside the cars, that then were sold to employees and friends of the house. In the course of World War 2 and the bombings of the Citroën factory, all blueprints and other documents about this interesting project were lost forever. Today there is very well made replica in the Netherlands, made in the 1980s by the dentist Bouwe de Boer using a Ford V8 and a Renault 16 gearbox. Meanwhile, a total of 759,123 copies of the standard Traction Avant were produced before 1957 when production was finally completely changed to the successor model, the legendary ‘Goddess’ ID and DS.