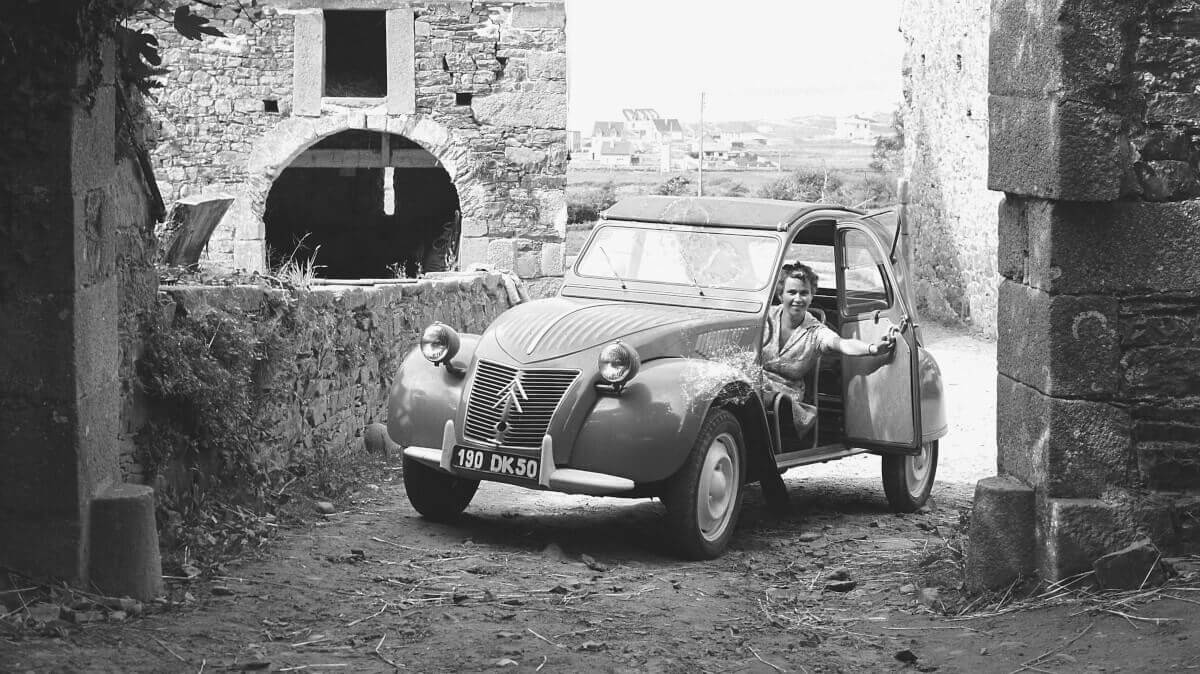 Citroën celebrates its 100th anniversary in 2019 and for this reason recalls special classics from its brand history. Over the past few months, we have therefore been able to present the Type A 10 HP, 5HP, Rosalie and Traction Avant models here. This time the spotlight falls on one of the world’s best-known small cars, the 2CV – in German-speaking countries better known as the ‘Ente’ (duck). While the production of this model series began in 1948, the development goes back to the 1930s. The Citroën was imagined as a cheap car for the people, especially for the French farmers on their way to the market. The specifications stated: “A vehicle for two farmers in boots, a quart of potatoes or a barrel of wine. At least 60 kph fast. Consumption of just three liters per 100 kilometers. The best possible suspension so that a basket of eggs can survive journeys on bumpy dirt roads.” Chief designer André Lefèbvre and his team set to work. Even from today’s point of view, they pursued far-fetched ideas that, if they had worked, could have reduced production costs. They seriously considered whether it would be possible to achieve sufficient luminosity by applying crushed fireflies to the mudguards to dispense with lamps. According to internal documents, 250 prototypes of the ‘TPV’ (Toute Petite Voiture) were built in 1939, which were either destroyed or hidden on remote farms during the outbreak of World War 2. Some were finally found in the 1980s and 1990s.

Although there was no pre-war prototype left at the factory, in the years after the end of the war, the remaining plans and documents as well as the knowledge of the engineers involved were used to develop the TPV into the production-ready 2CV. It made its debut at the Paris Motor Show on 7 October 1948. In addition to the attributes mentioned above, the compact car came with a number of technical details that made it popular all over the world – for many years to come. For example, a two-cylinder boxer engine that drove the front wheels was chattering under the front bonnet. Due to the special suspension geometry, the 2CV leans far into corners, but can be described as ‘foolproof’ to drive with a very good suspension even on the worst roads. The car probably got its nickname ‘Ente’ (duck), which is widespread especially in German-speaking countries, from the statement of a Dutch journalist who called the car an ‘ugly duckling’ on his first contact. Nevertheless, Citroën was initially unable to keep pace with the great demand, mainly due to the scarcity of materials. At times, customers had to wait around six years to get a new 2CV. 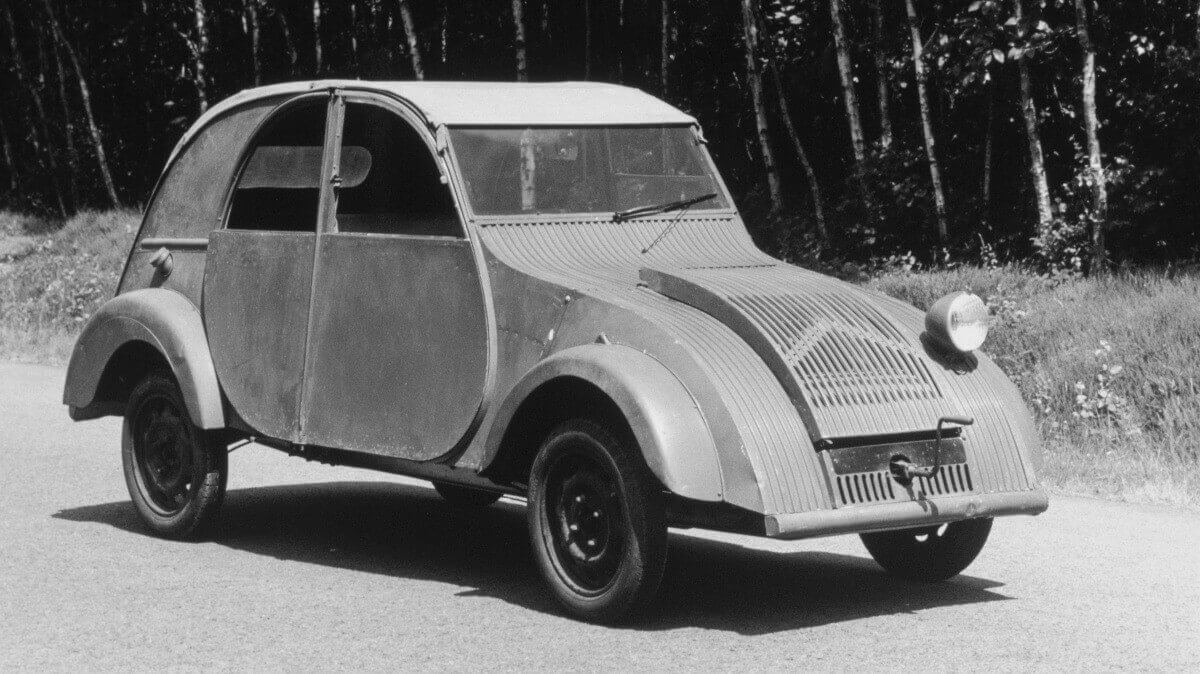 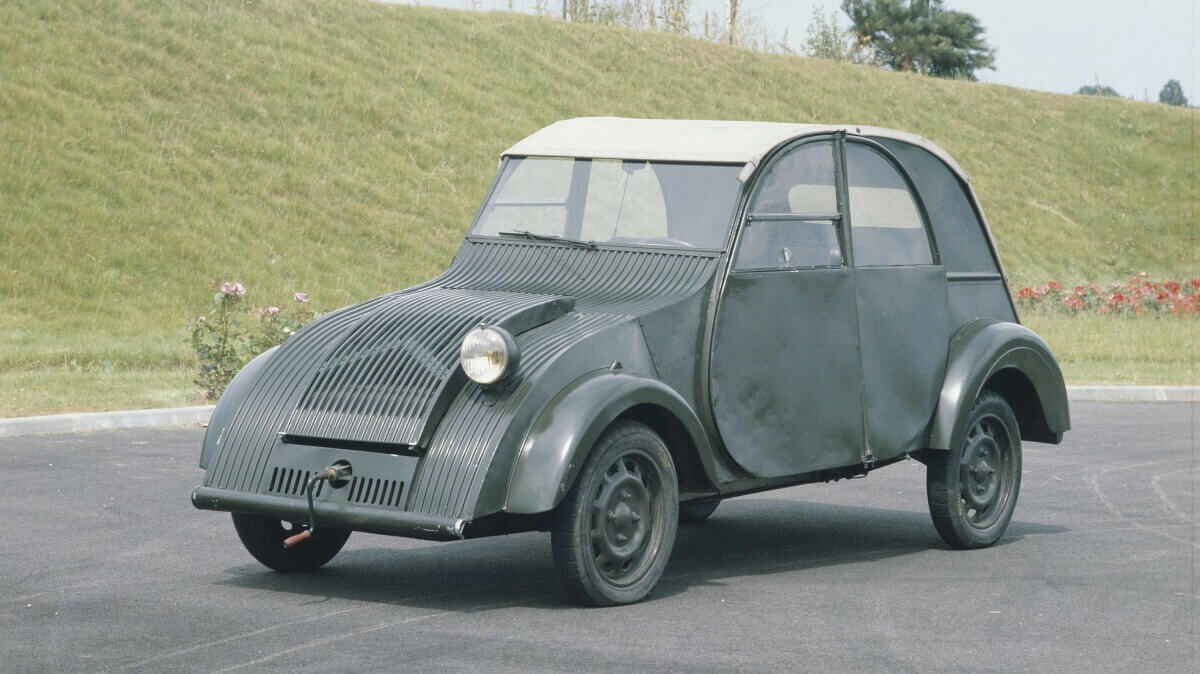 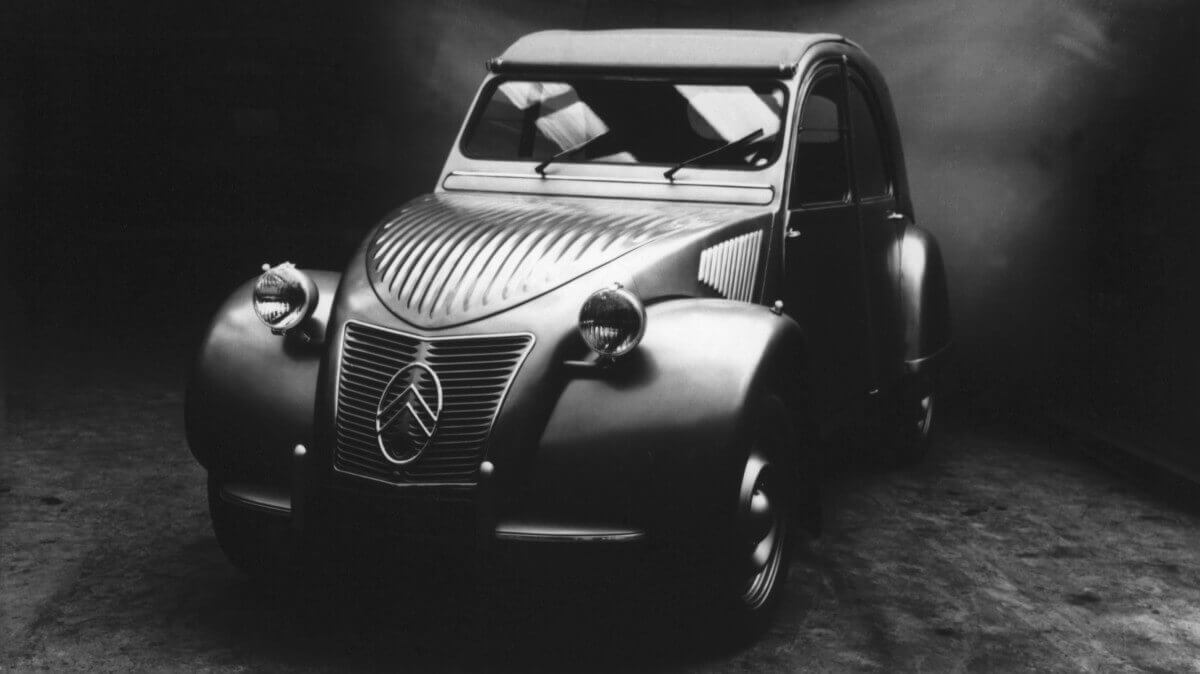 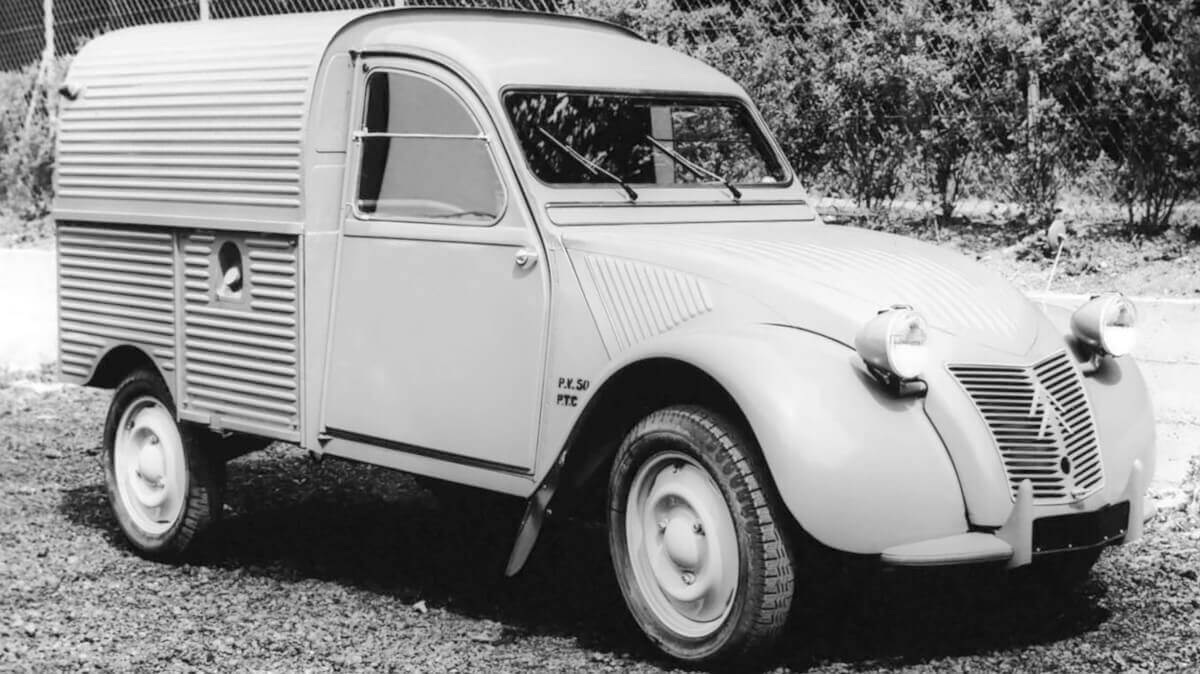 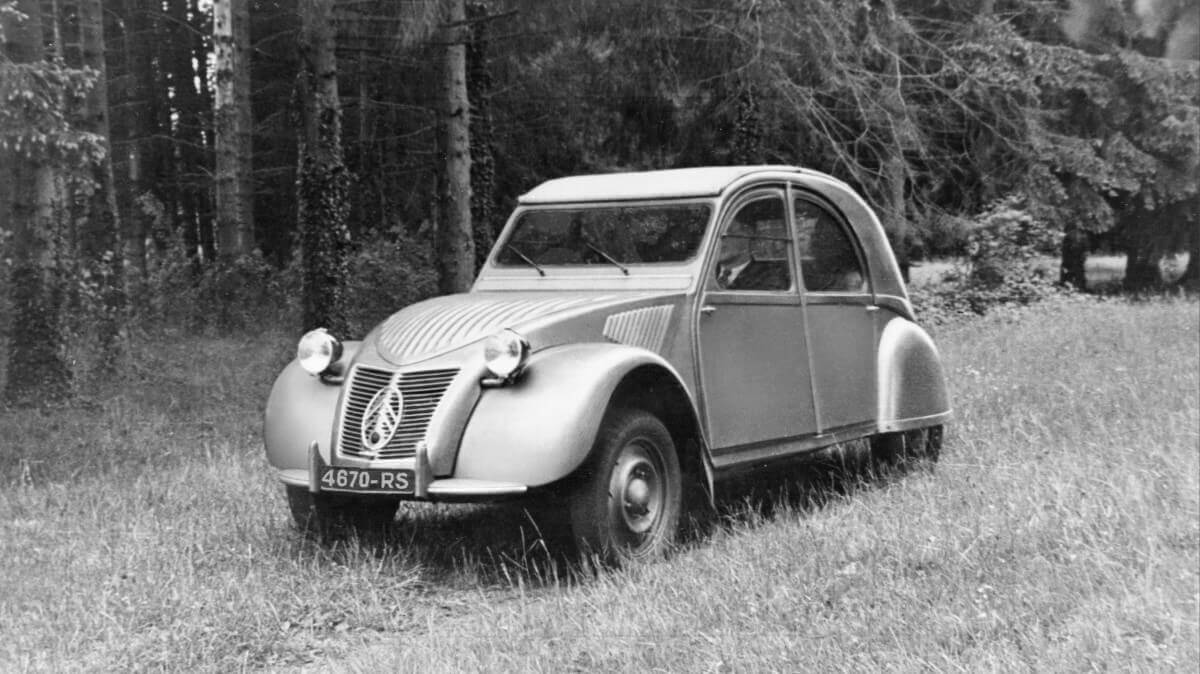 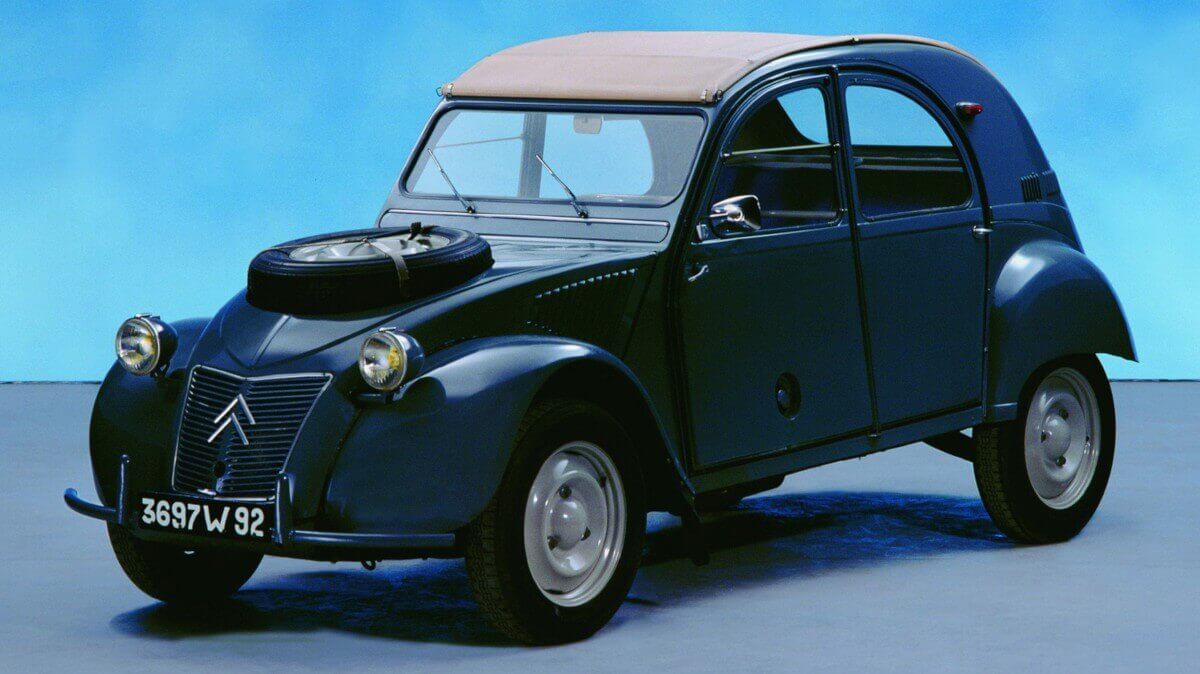 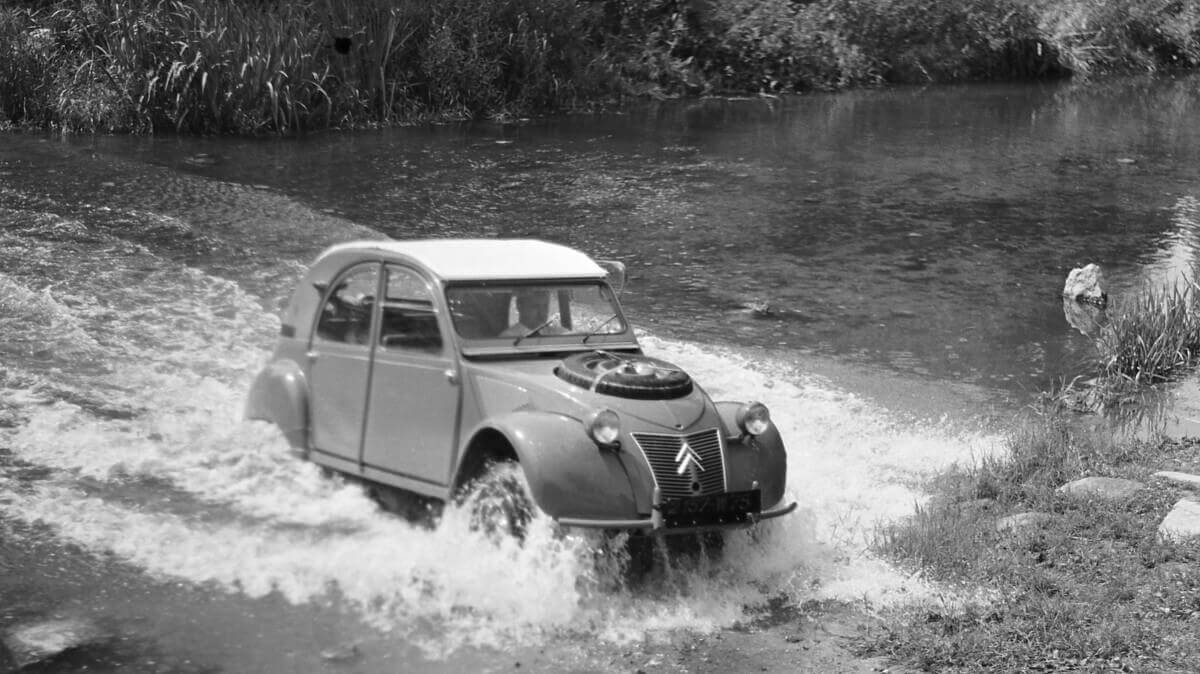 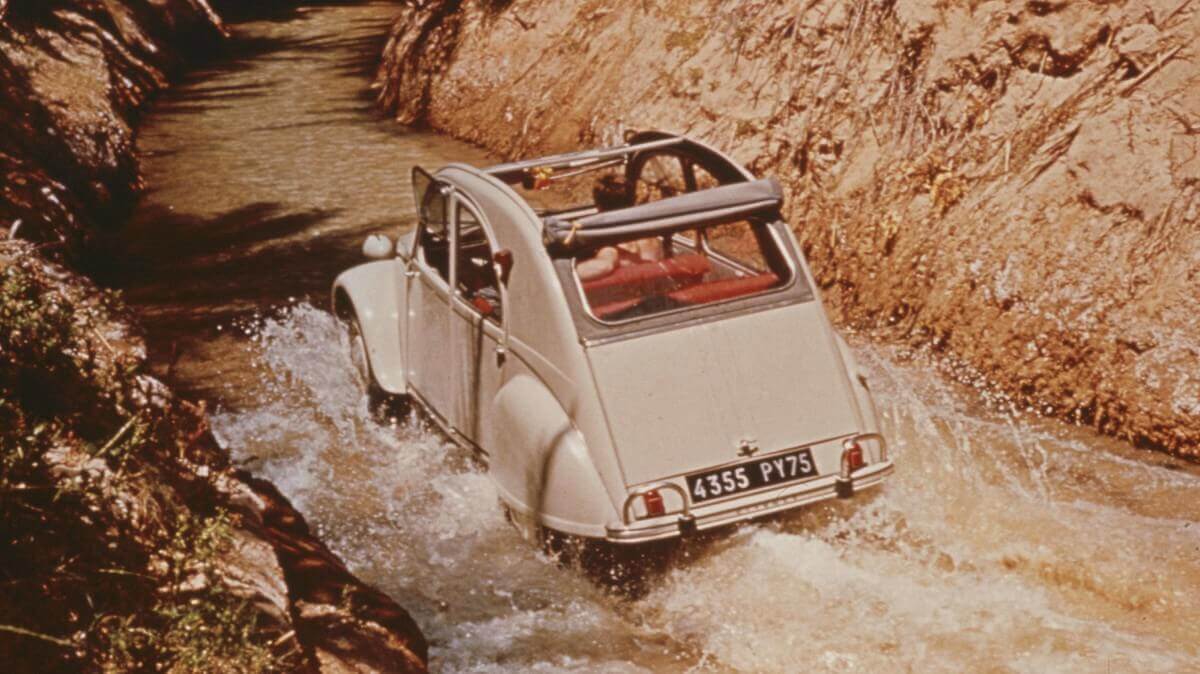 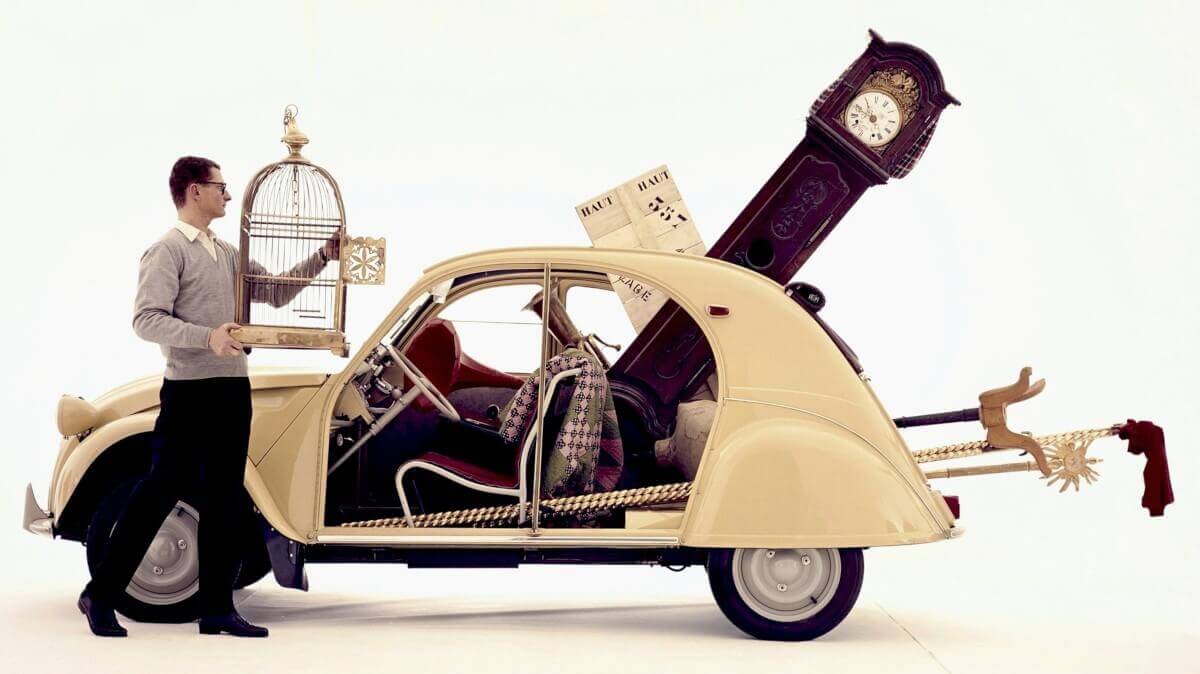 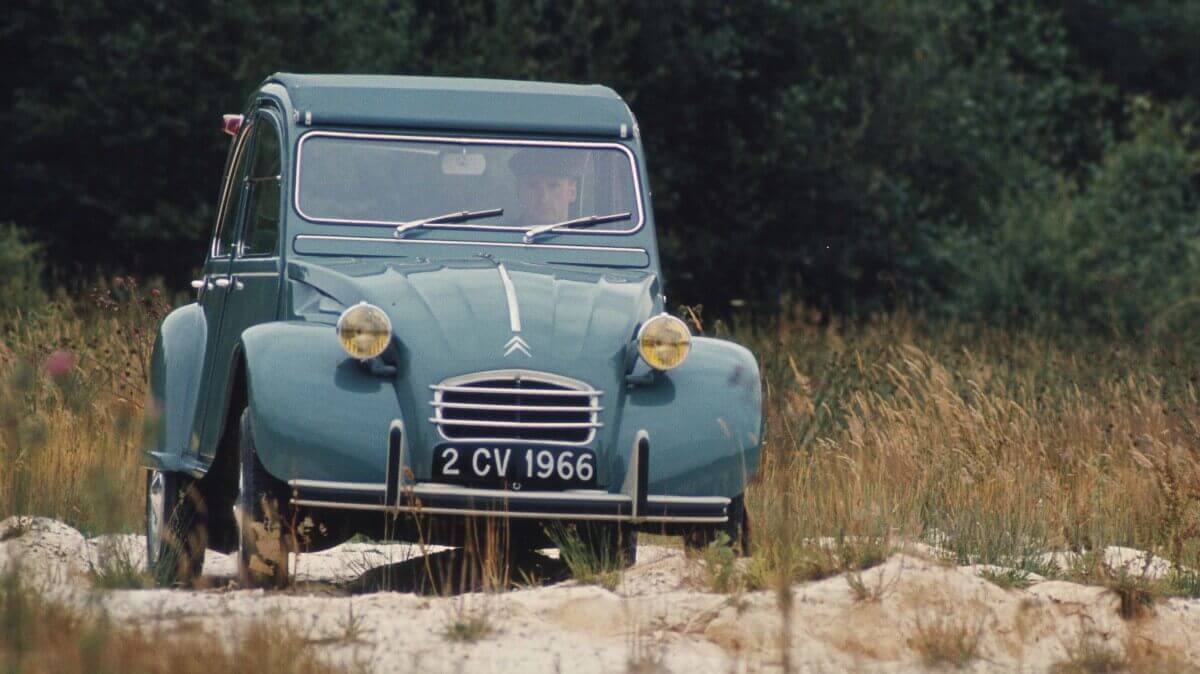 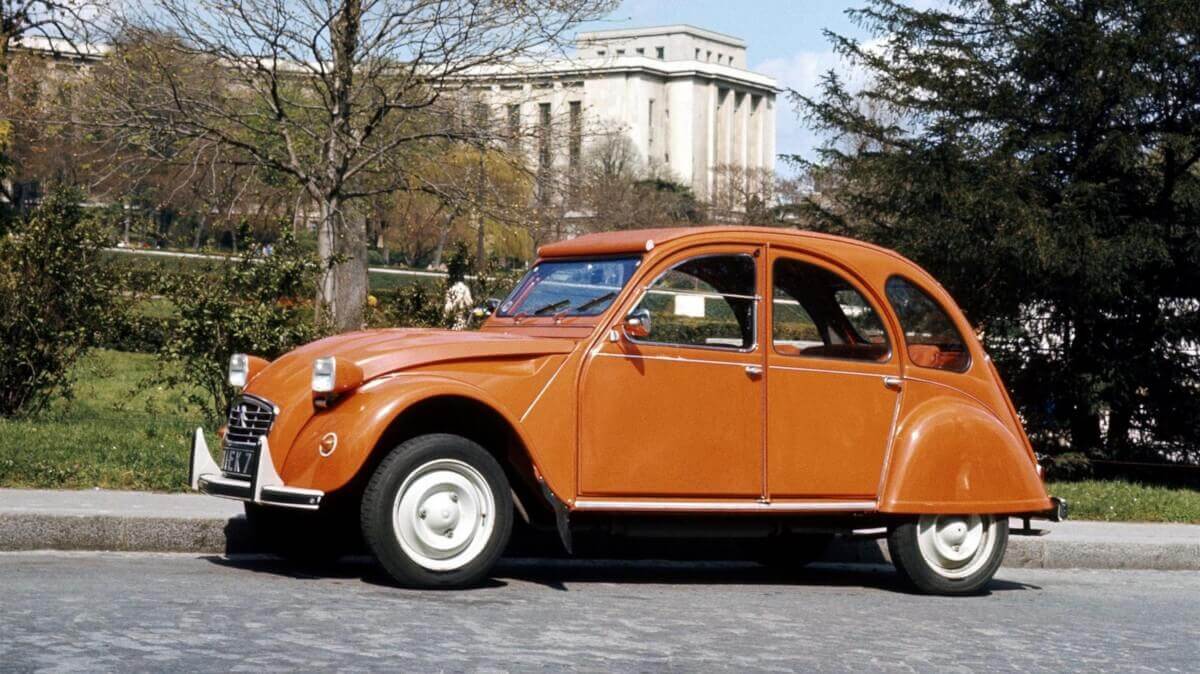 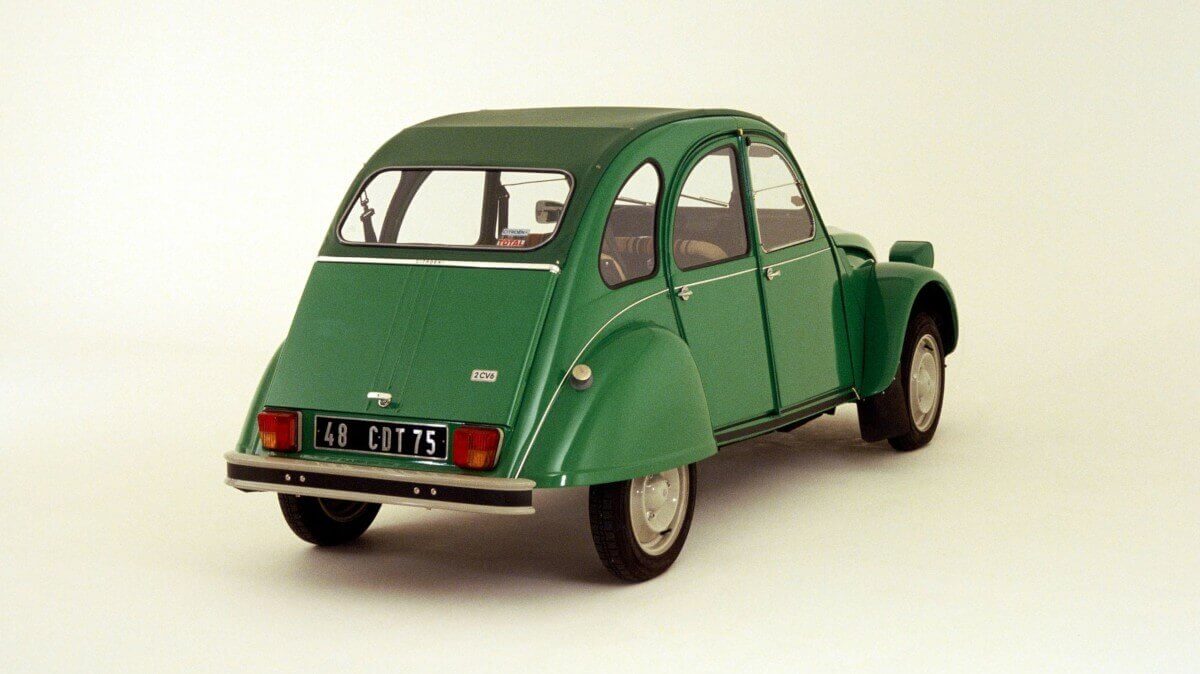 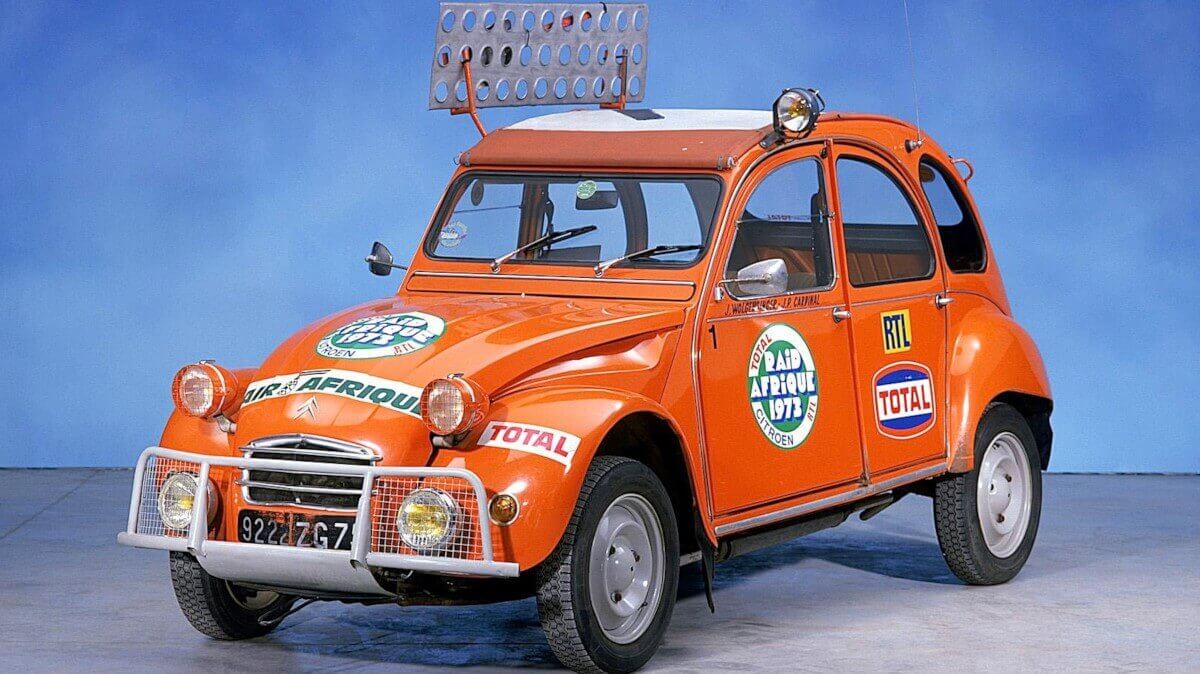 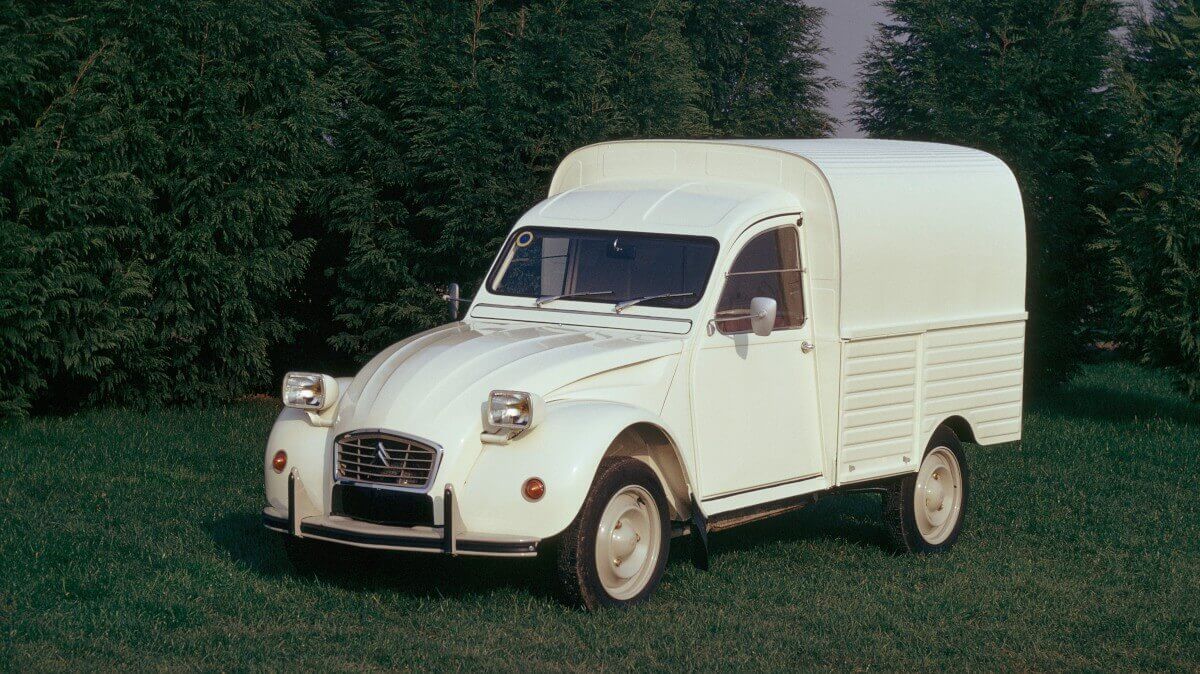 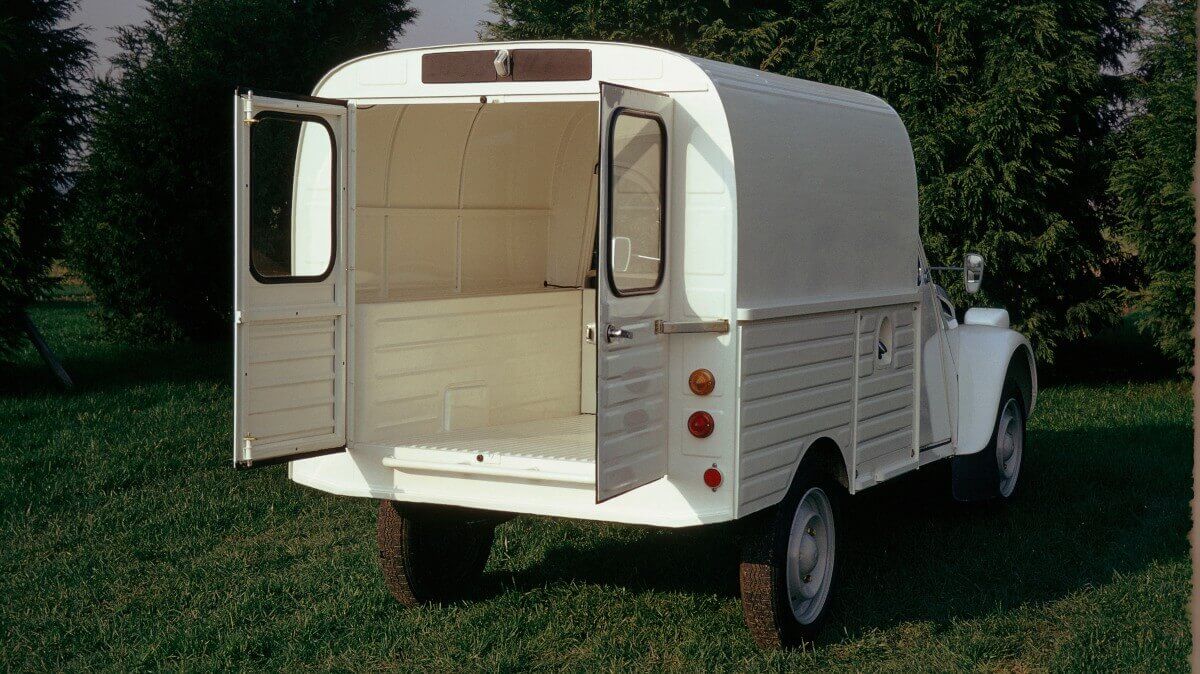 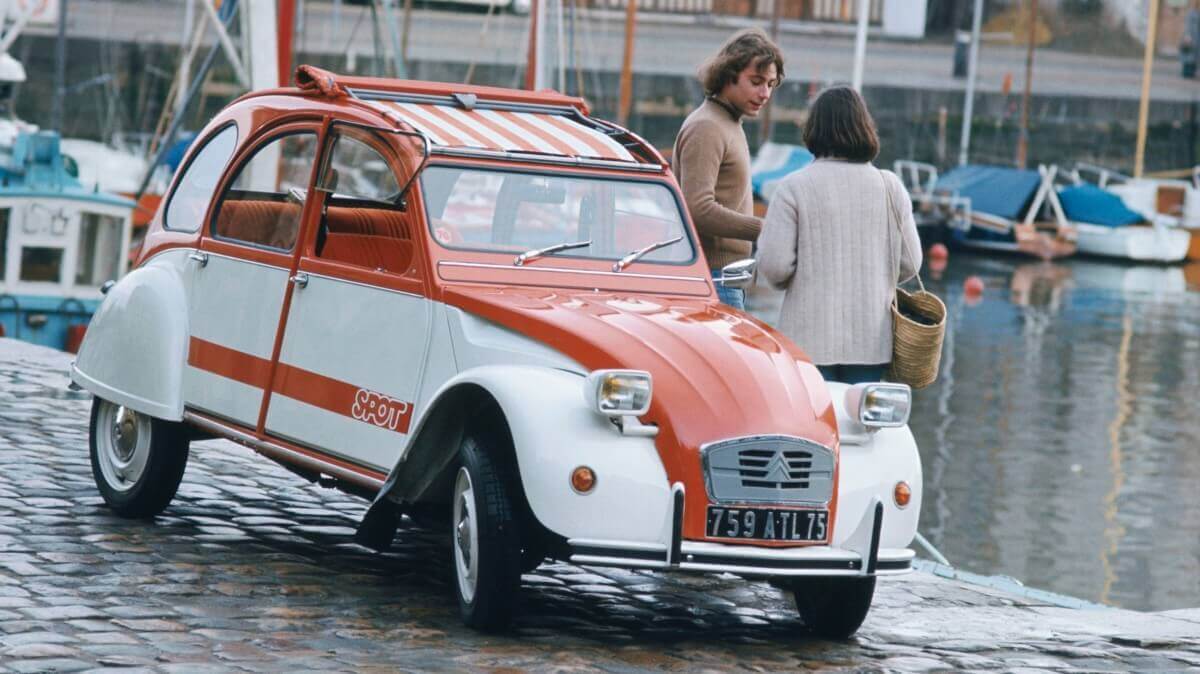 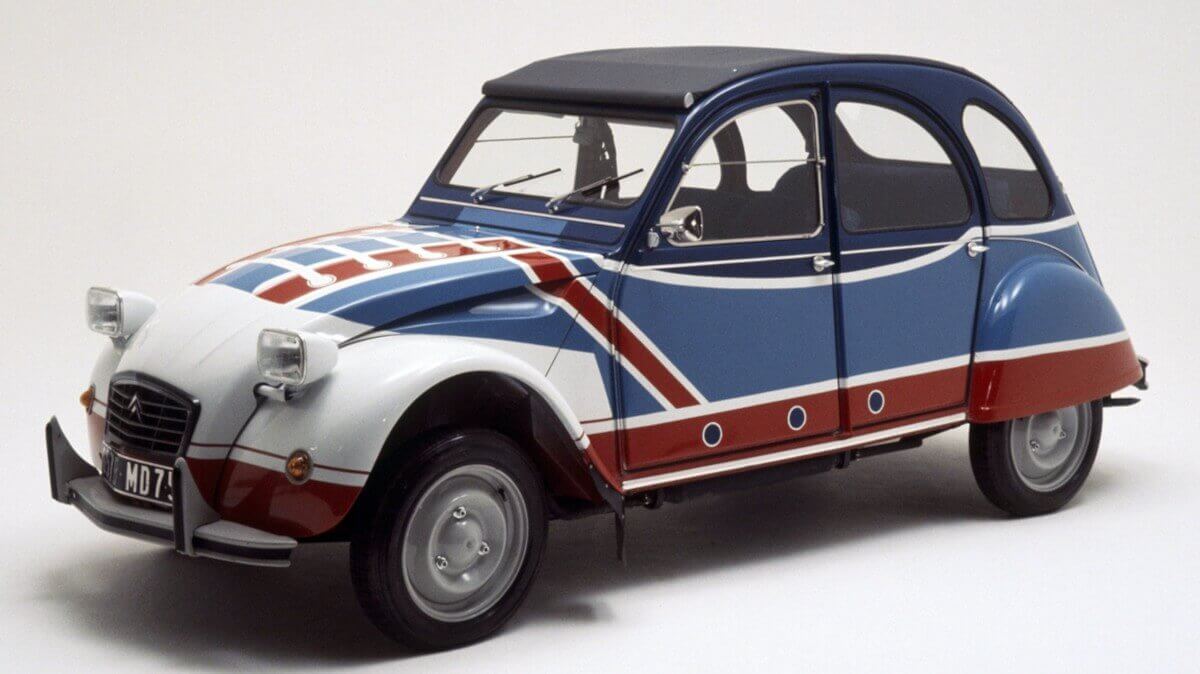 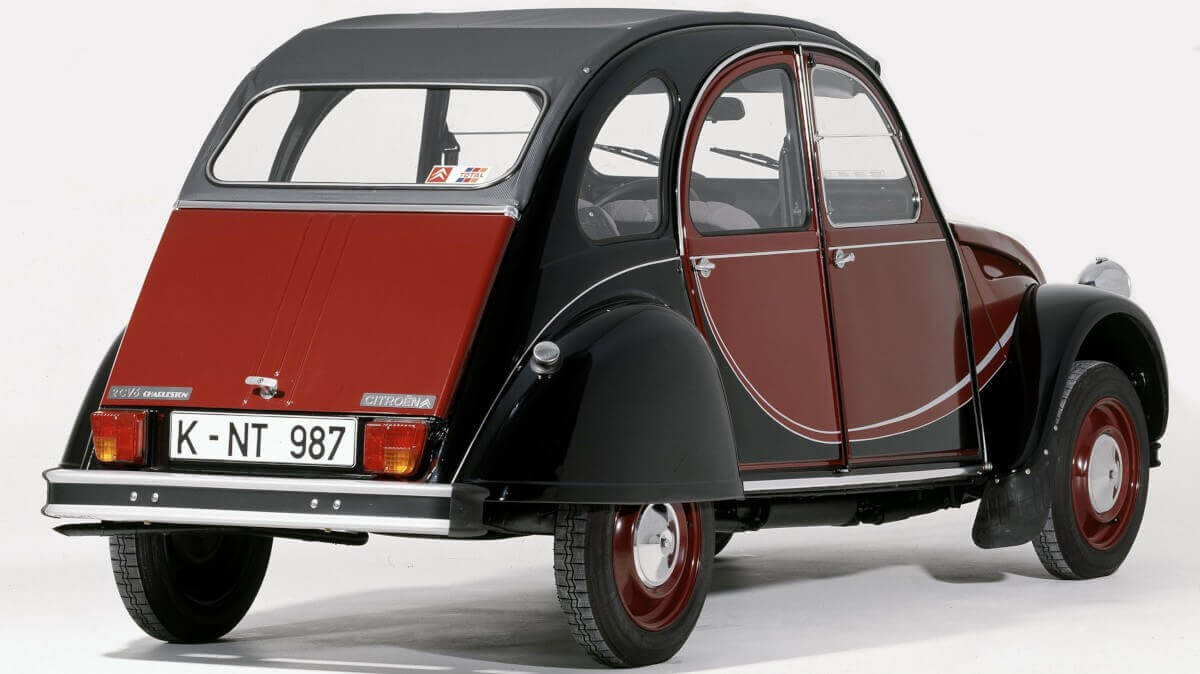 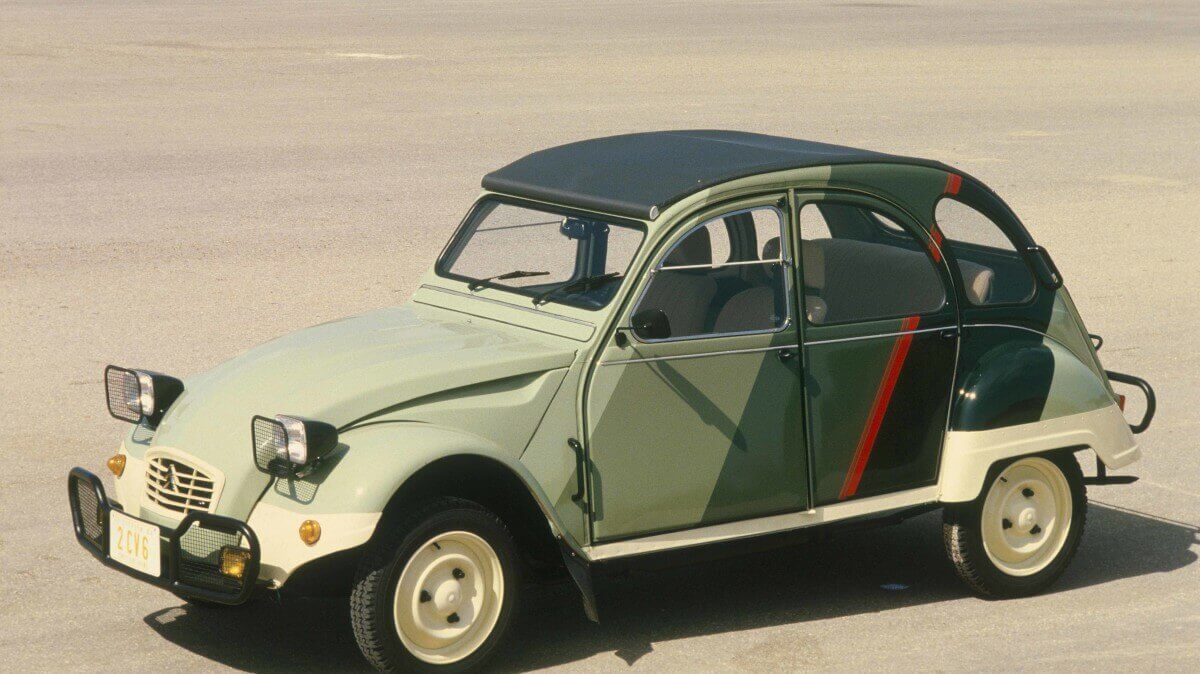 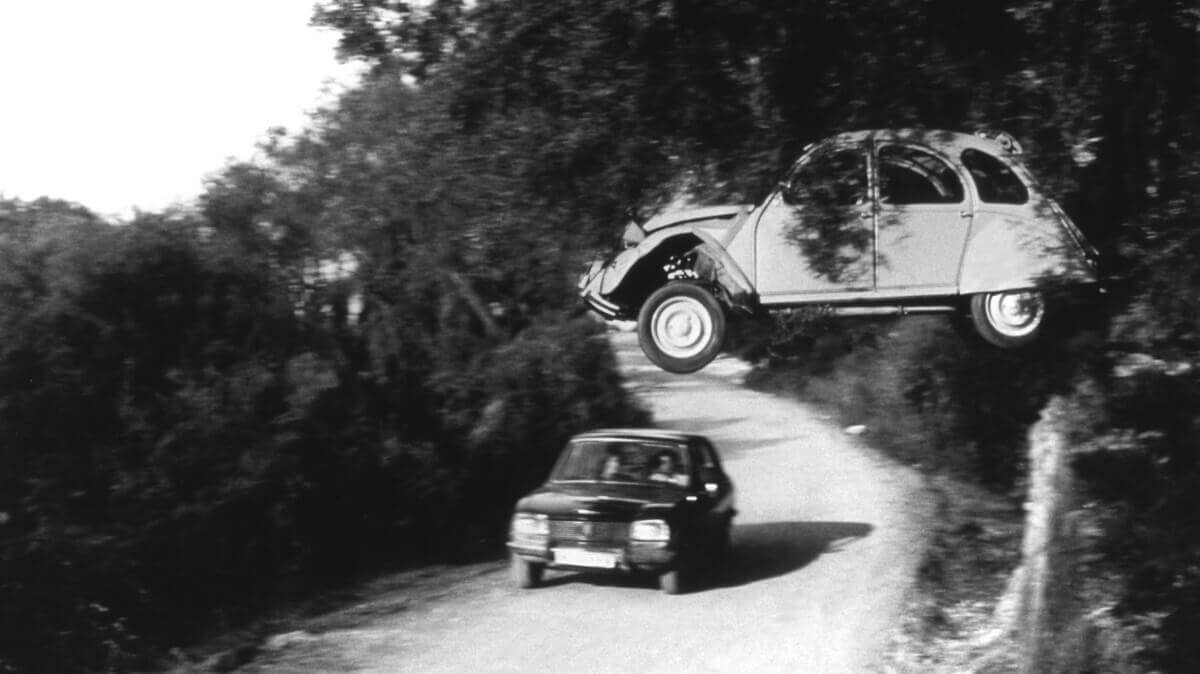 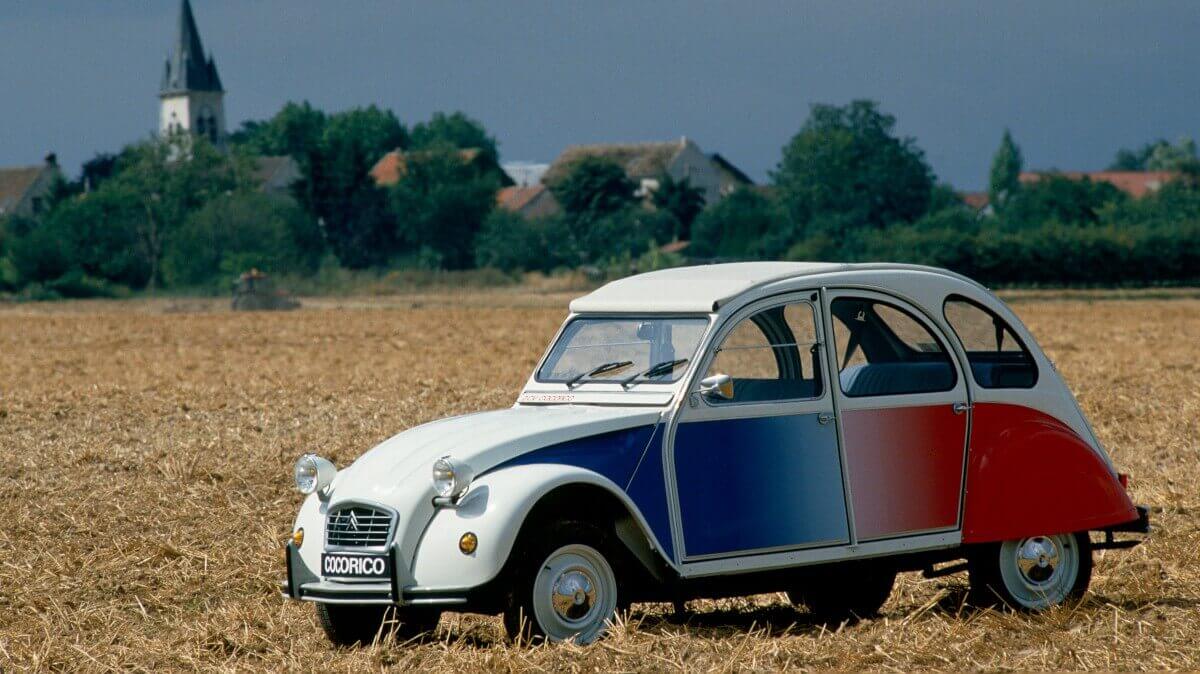 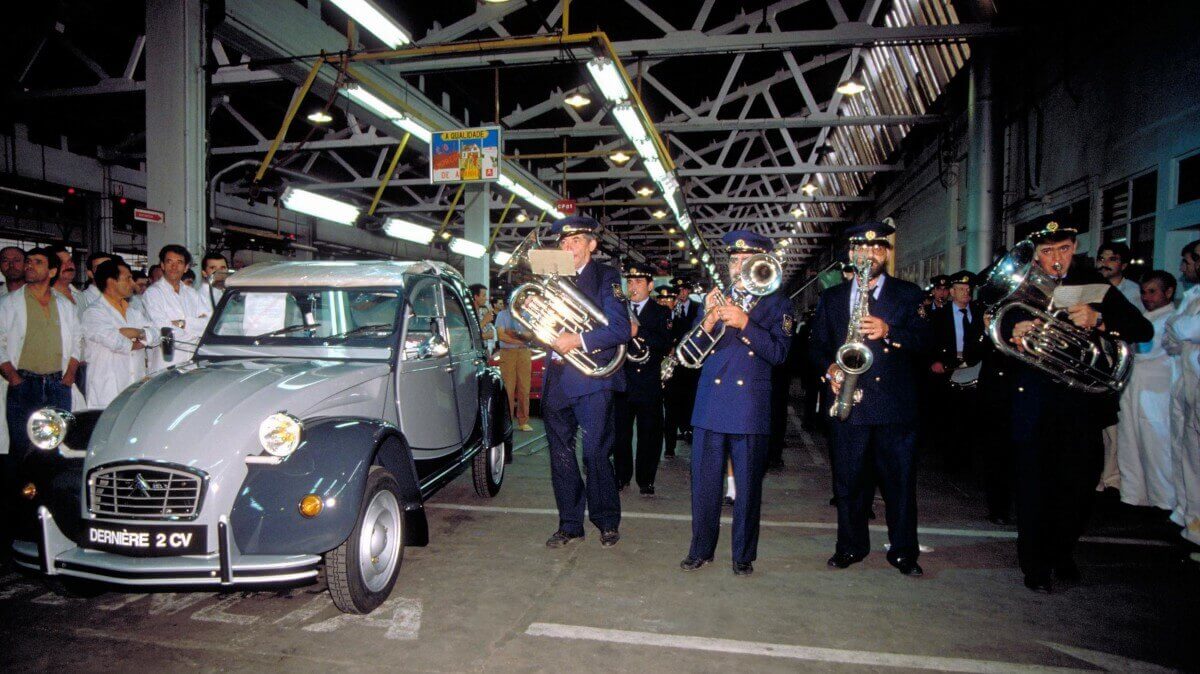 Thanks to its ease of maintenance, low maintenance costs and low fuel consumption, the Citroën 2CV soon became the favourite of students in some countries, including Germany. During the revolts of the late 1960s, the 2CV became an expression of a consumption-critical and non-conformist way of life. In addition to the standard four-door body with vinyl rolling top, there was also a commercial version as a van with a box-like body for cargo behind the front doors from the beginning of 1951. The front doors were initially mounted on the B-pillars and finally redesigned in 1963 for safety reasons and then hinged at the A-pillars.

The two-cylinder boxer engine initially had a displacement of 375 cubic centimeters with 6.6 kW/9 hp, which reached the front wheels via a manual four-speed gearbox. In the course of the years the engines grew a little and with them also the power output increased. From 1970, the 2CV6 with 602 cubic centimeters and 21 kW/28 hp was offered as a top-of-the-range engine, whereby the power was later increased to 29 hp. This allowed a topspeed of up to 113 kph, while the very first 2CVs only reached 70 kph. Up to the last produced 2CV, which came off the production line on 27 July 1990 in Mangualde, Portugal, the engines could be started via a crank provided with the car if the starter didn’t work. In total, more than 5.1 million units were produced in various countries, including the commercial vehicles. Today the 2CV enjoys absolute cult status. Especially popular with collectors today is an offshoot, which only found 693 buyers between 1960 and 1968: the 2CV 4×4 Sahara, later renamed to 2CV Bimoteur. It got an additional drivetrain at the rear axle, which could be operated alternatively individually or in combination with the front engine. From the outside the Sahara is recognizable by the spare wheel on the bonnet. Today well preserved 2CV 4×4 Sahara achieve over 100,000 Euros.