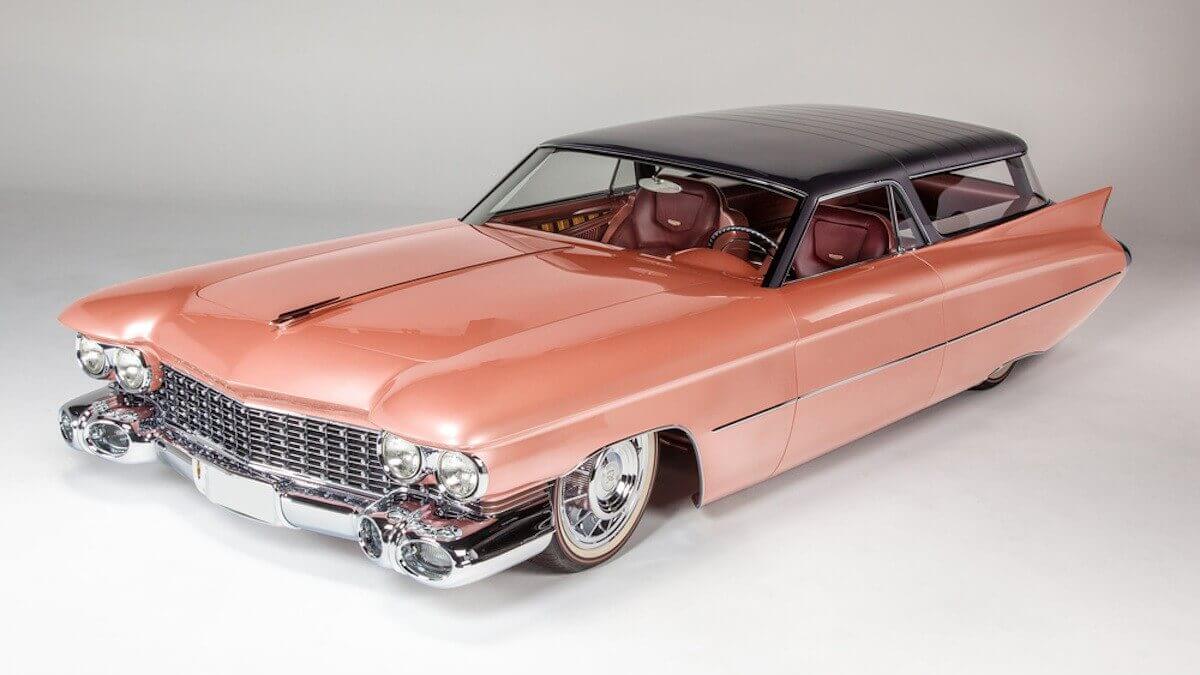 The annual car auction marathon is currently running in Scottsdale/Arizona with events from Mecum, Gooding & Co., RM Sotheby’s, Bonhams and Barrett-Jackson. A huge field of vehicles comes under the hammer and at best finds a new owner. Among them are many daily driven American cars, a few exotics and some highlights. At this point we have picked out a rather unusual exhibit, which rarely finds its way into our online magazine in this form. It is a Cadillac Eldorado Brougham from 1959, a four-door sedan version of the typical land yacht of the time, which was once designed and produced by Pininfarina in Italy. Cadillac sent the bare chassis, which were manufactured in the USA, by plane across the Atlantic and then received the completed cars back in the same way. Unlike other Cadillac models of the same era, the Eldorado Brougham didn’t have the obligatory panoramic windshield. In total, only 200 units were built in two years of production.

Stephen Barton took one of these rarities 15 years ago as the basis for a specially conceived conversion. He dreamed of winning the most prestigious custom car prize, the Don Ridler Award. Together with ten talented craftsmen, he skilfully realized his dream of a three-door Shooting Brake. They began by shortening the length of the car by 18 inches (45.72 cm), making the width four inches (10.16 cm) narrower and also removing two inches (5.08 cm) from the lower section around the sills to create a much more modern look. All metal parts were stripped of paint and then in an acid bath carefully freed from the lead that Pininfarina had used in production to smooth out welding seams. The modified body areas were then tack-welded together to create the basic shape for the newly made body parts. Above the heads of the passengers, the roof section of a Chevrolet Nomad was integrated into the new, hand-designed bodywork. Meanwhile, the typical chrome parts such as the radiator grille, the headlights, the taillights in the fins and the huge bumpers were taken over from the donor vehicle with only minor changes. 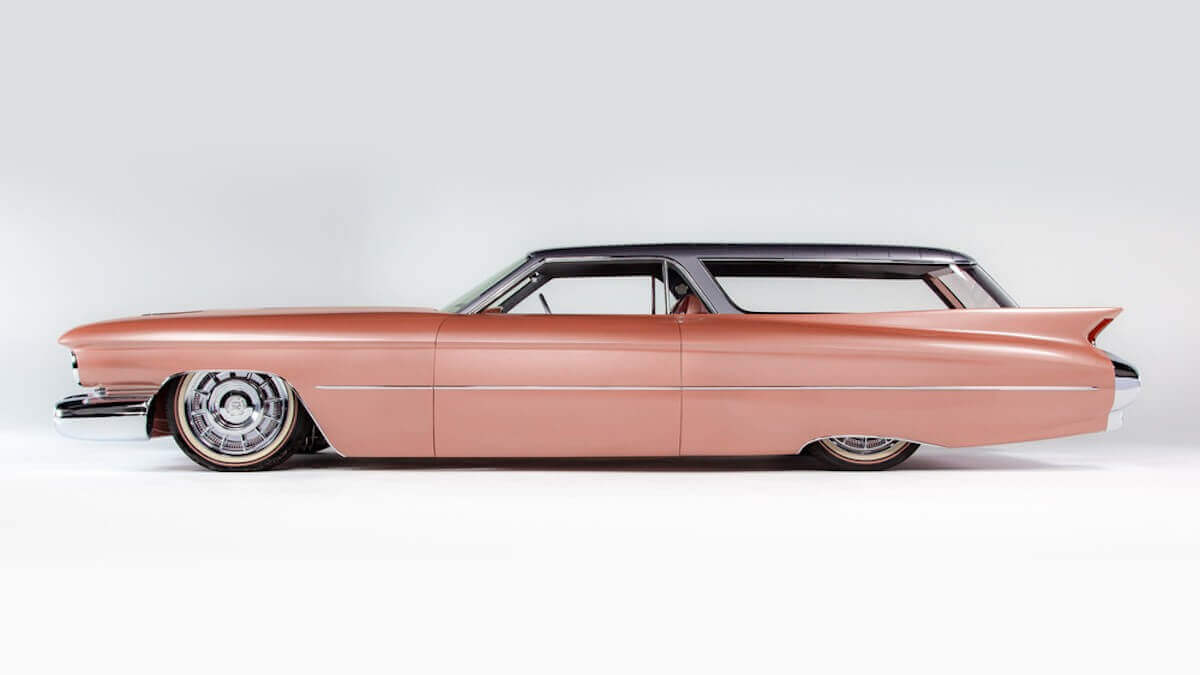 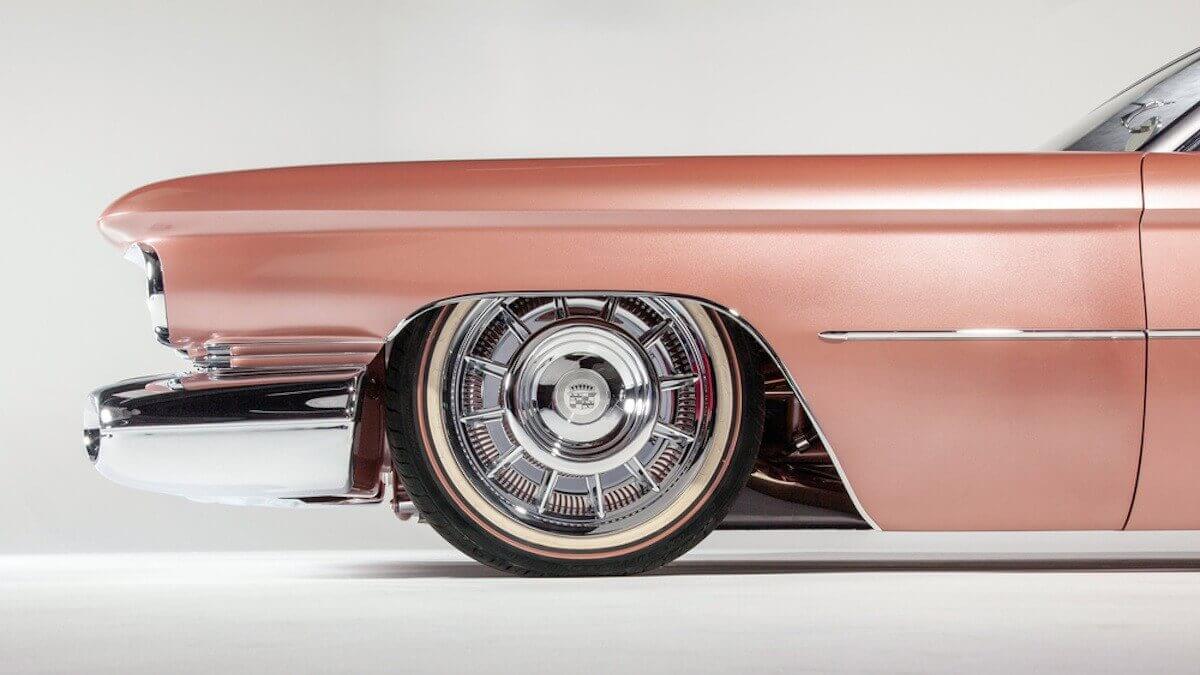 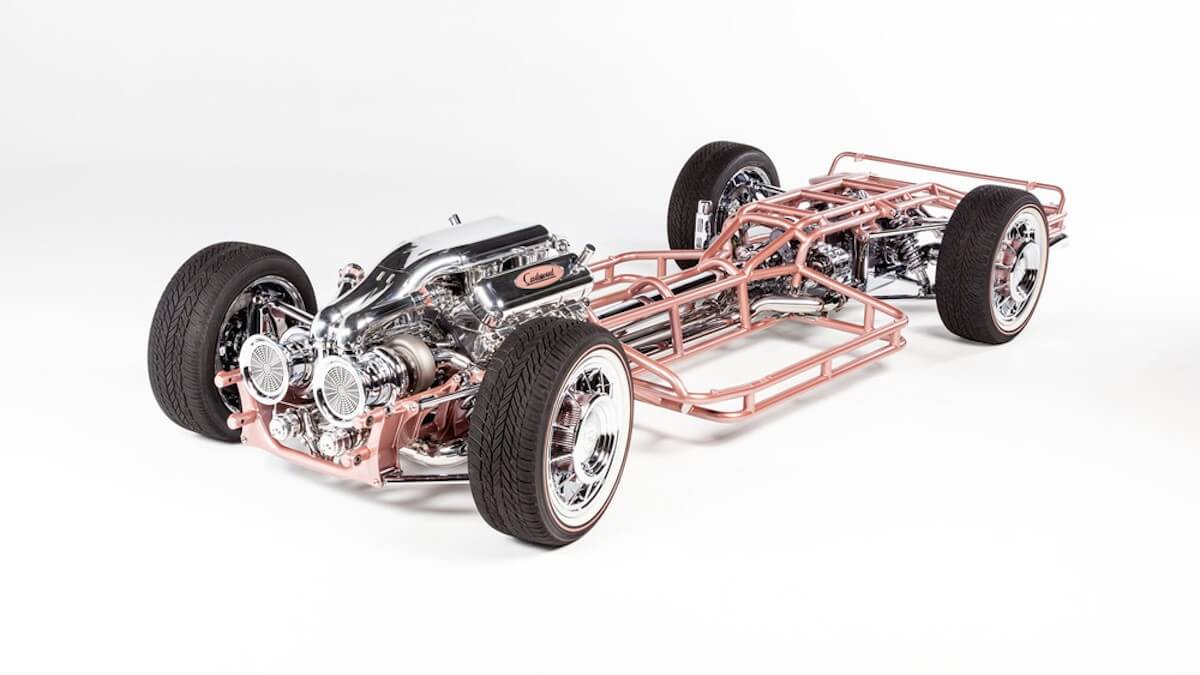 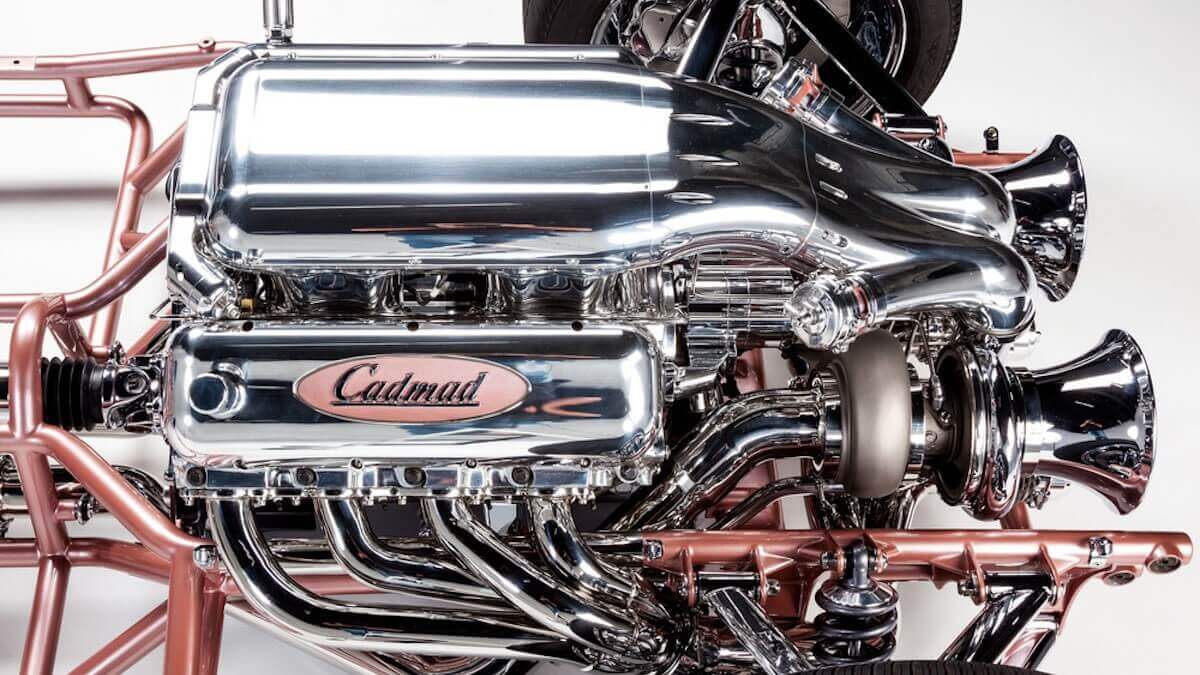 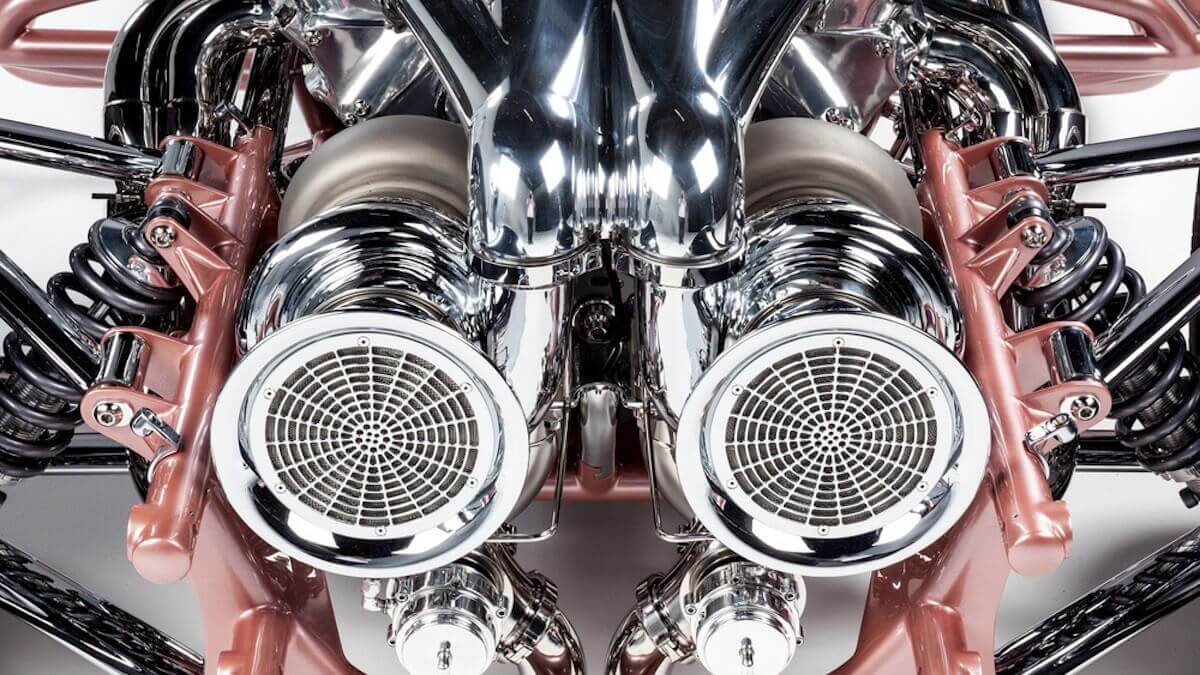 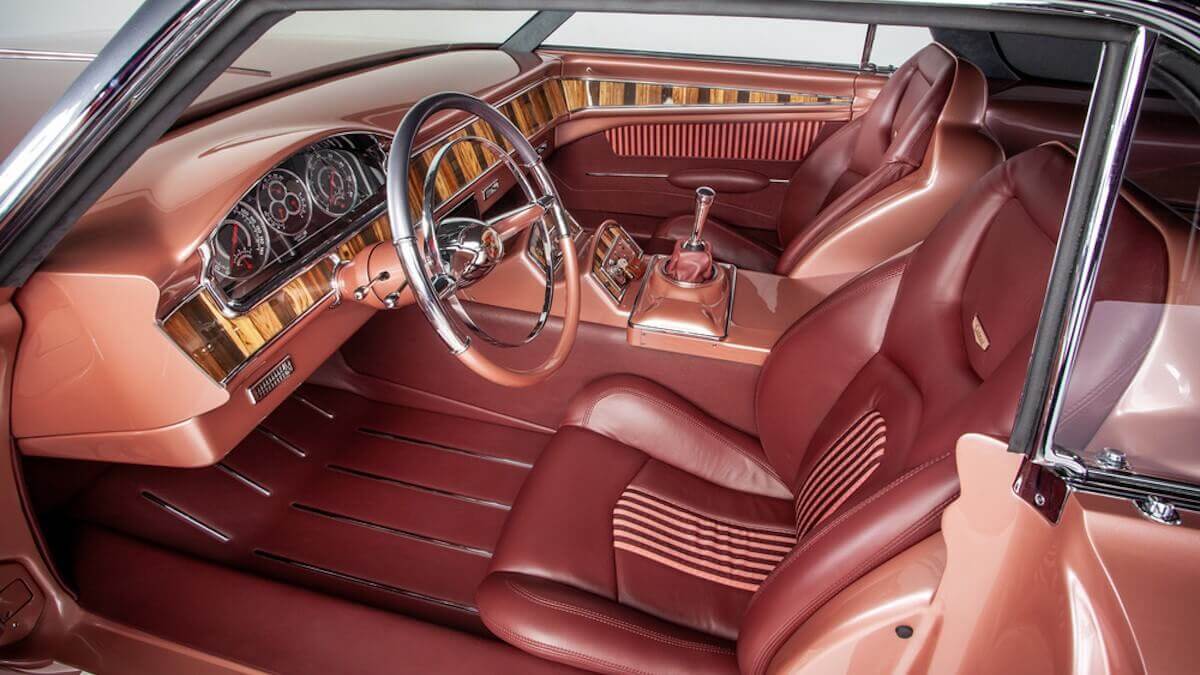 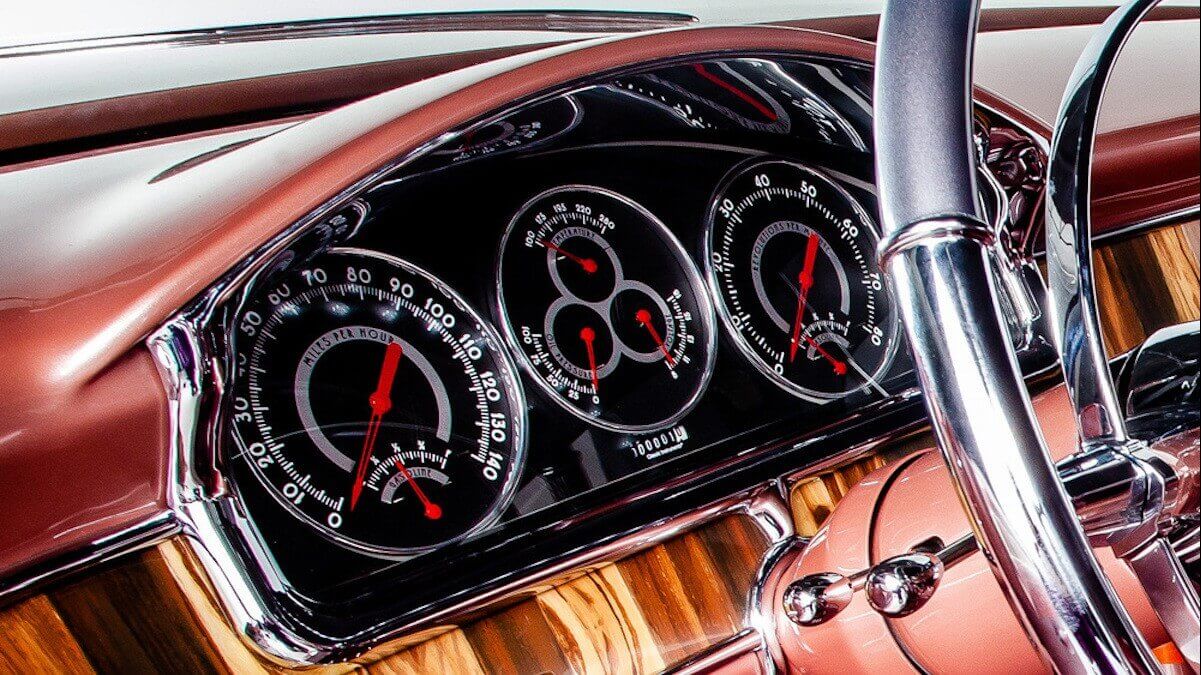 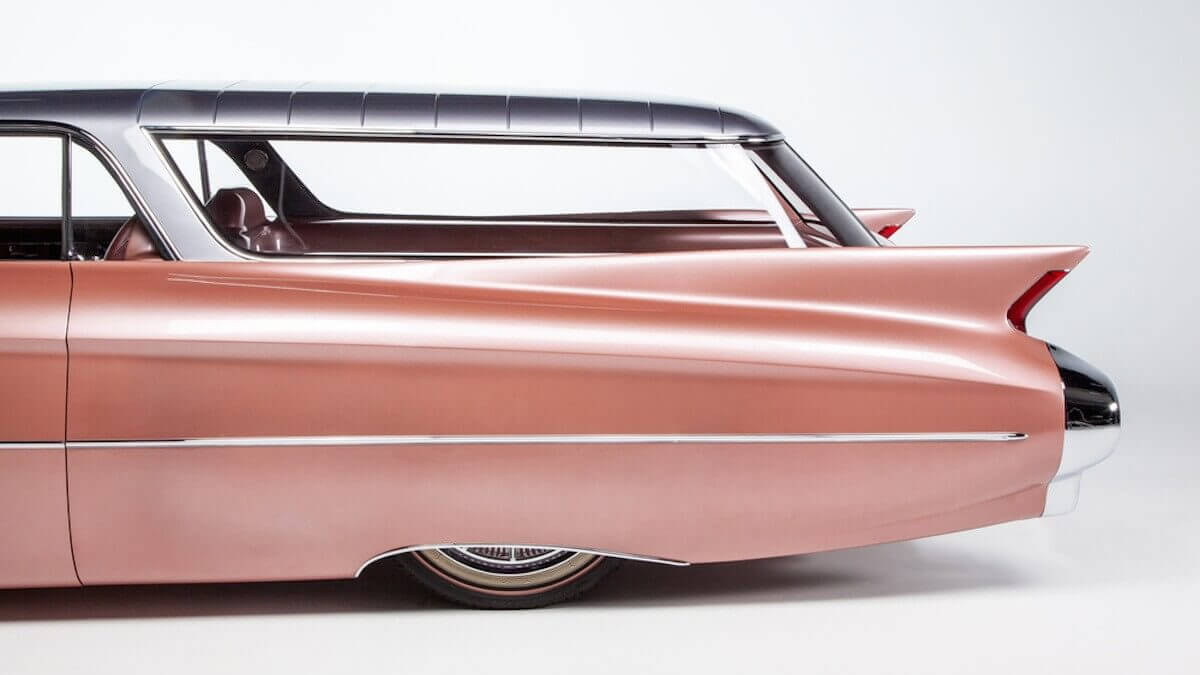 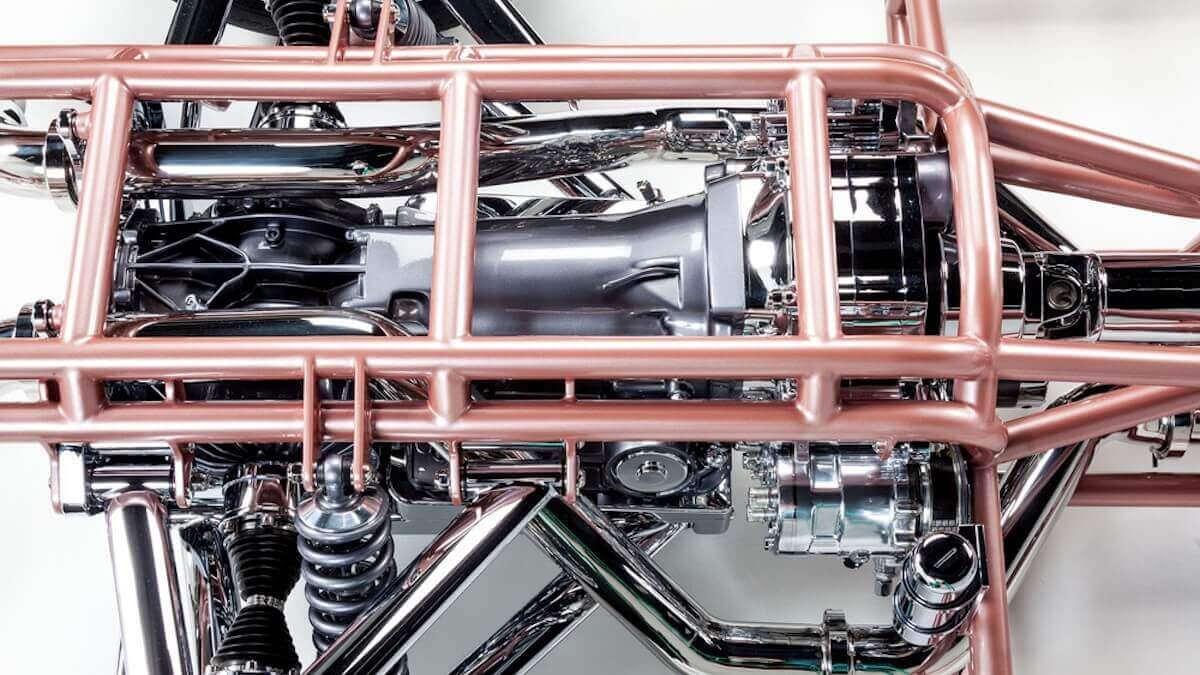 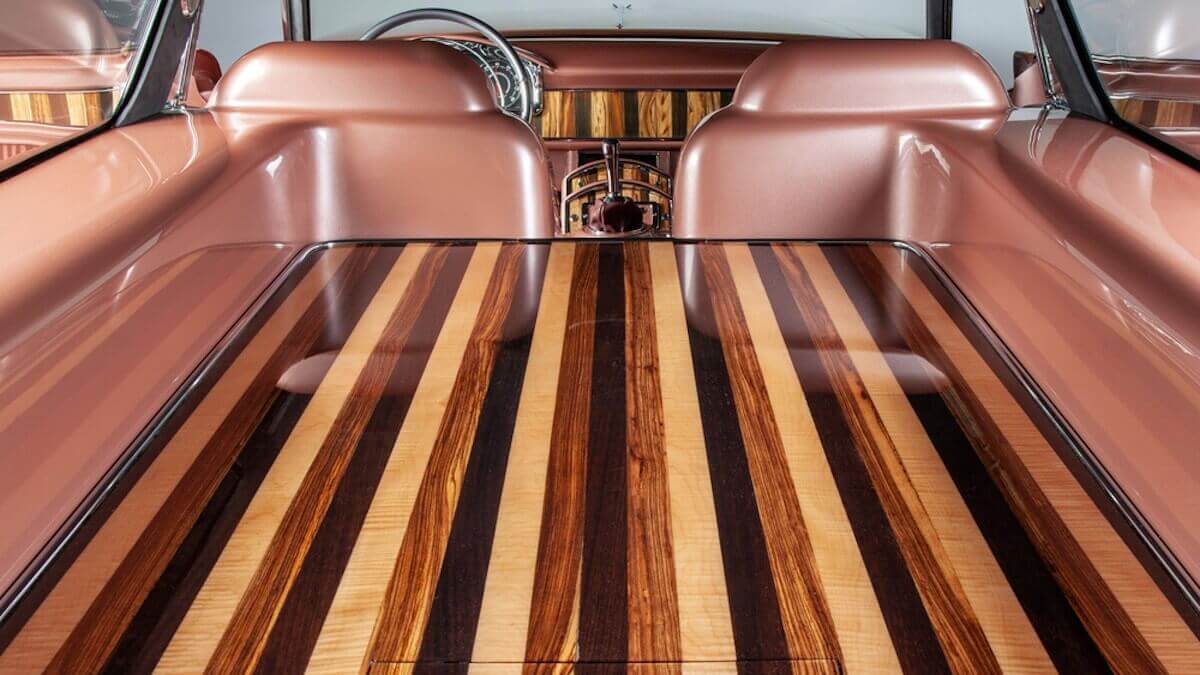 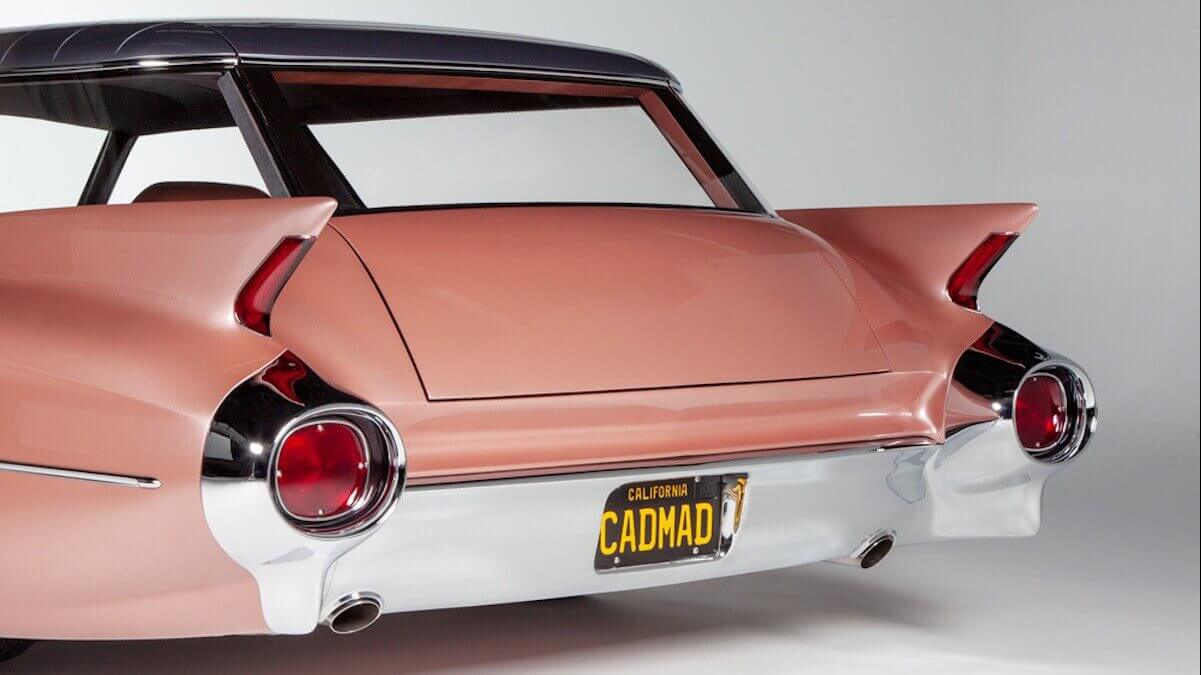 However, nothing remained of the original chassis. Instead, the team created a tubular frame chassis into which the engine, transmission and suspension were integrated. At Nelson Racing Engines, a massive 632ci (10.3 liter) Chevrolet V8 engine with two turbochargers was created, which delivers its power via an automatic transmission to a rear axle borrowed from a Corvette C5. When it is filled with racing fuel, it delivers 1,025 hp and 1,288 newtonmeters of torque. Auxiliary units such as the starter, the alternator or the compressor for the air conditioning were relocated under the rear loading area. To keep the massive power in check, a large brake system is used.

The body was painted in ‘Fawntana Rose’, which can also be found as a pinstripe on the specially made 18-inch wheels. Roof and pillars are finished in ‘Titanium Silver’. Inside there are three large analogue round instruments behind an EVOD steering wheel. Driver and passenger are seated in modern Recaro sports seats, which originate from a Cadillac CTS-V, but together with the rest of the interior have been given a color matched leather upholstery in combination with various areas painted in body color. Behind the seats is the new cargo area, which has been given a striped floor made from tigerwood, maple and African wenge by Heiden’s Woodworking. In order not to damage the wood during loading and unloading, a urethane coating was applied after assembly. On the dashboard and door panels are decorative elements that were painted by a master pinstriper by hand in the same wooden look. A total of around 4,000 working hours were invested in the bodywork of this one-off car alone. Stephen Barton didn’t live to see the presentation of his ‘Cadmad’ creation. He died in January 2018 and his brother Craig brought the car to the Don Ridler Awards ceremony at the Cobo Center in Detroit in 2019, after Cadmad had actually taken first place among 800 cars on display at the Autorama 2019. Now the unique car could find a new owner at the Barrett-Jackson auction.