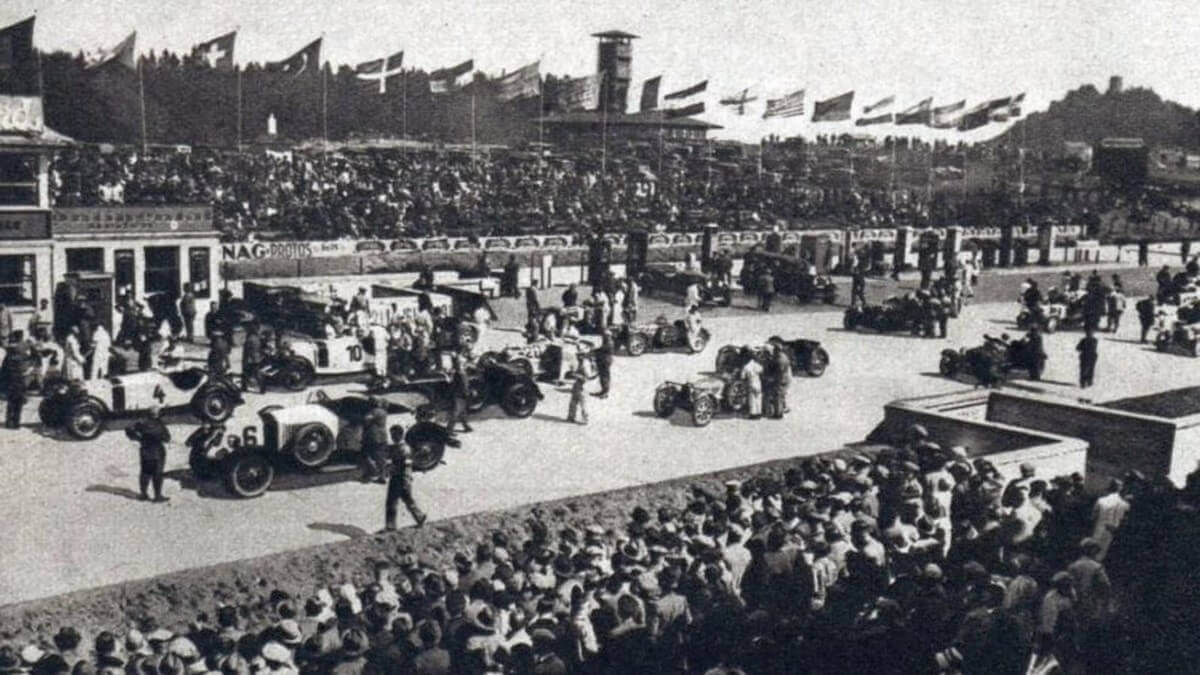 After a new ‘Gebirgs-, Renn- und Prüfungsstrecke’ (mountain, race and test track) called the ‘Nürburgring’ opened in 1927 in the remote German Eifel region, sensational racing events took place here from now on. In 1929 the Grand Prix of the Nations was announced. For this purpose, the entire circuit of the Nürburgring with Nordschleife and Südschleife (which no longer exists today) was to be used. Each of the 18 laps of the race covered a distance of 28.265 kilometers, which means a total distance of 508.77 kilometers. That alone is a great challenge. In addition, not all parts of the circuit were as smooth at that time as they are today. There were also no run-off zones, guardrails or crash barriers back then.

Actually, the race should have taken place as the ‘Grand Prix of Germany’. This designation is however only intended for racing events, which are written out exclusively for racing cars. At the Grand Prix of the Nations on 14 July 1929, however, sports cars were also allowed to take part in different classes. Among the 33 participating vehicles were four Mercedes-Benz SSK with a 7.1-liter inline six-cylinder engine in the category of cars with more than 3 liters of displacement. Bugatti’s works team came with three Type 35 C for the class between 1.5 and 2 liters. Other cars produced in Molsheim served private drivers as racing equipment. In addition, there were a few more privateers with vehicles of different manufacturers. In contrast to today, the starting order wasn’t determined on the basis of best times in training. Instead, the time of registration for the race and the engine class counted. 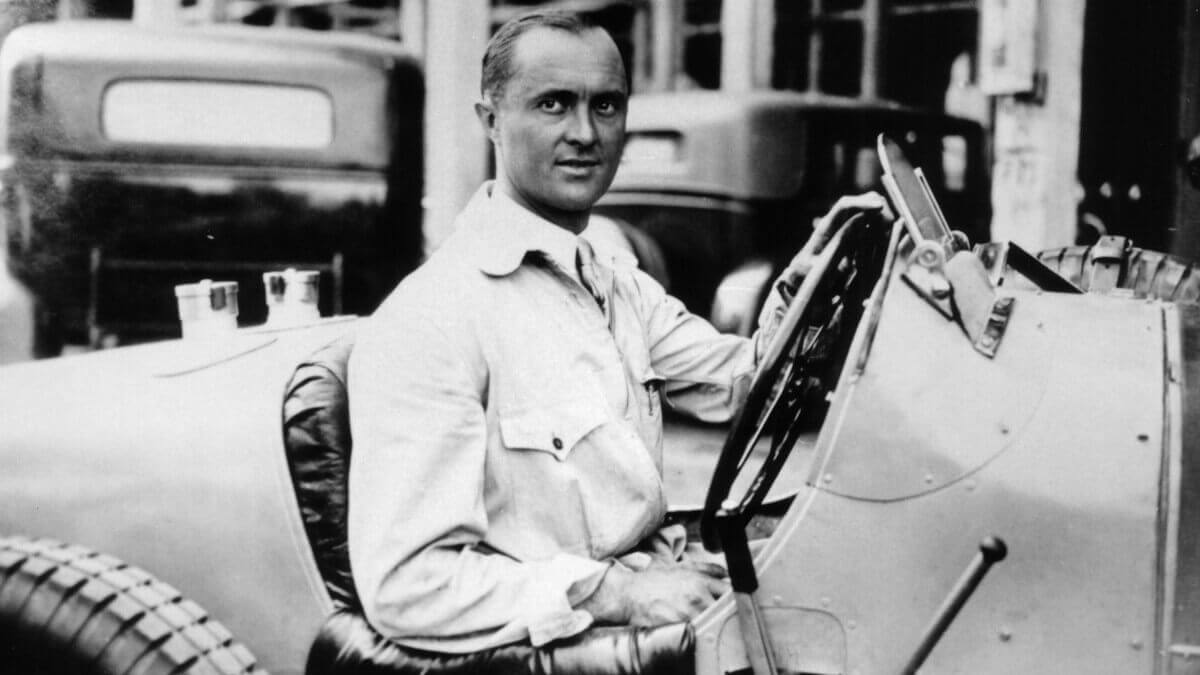 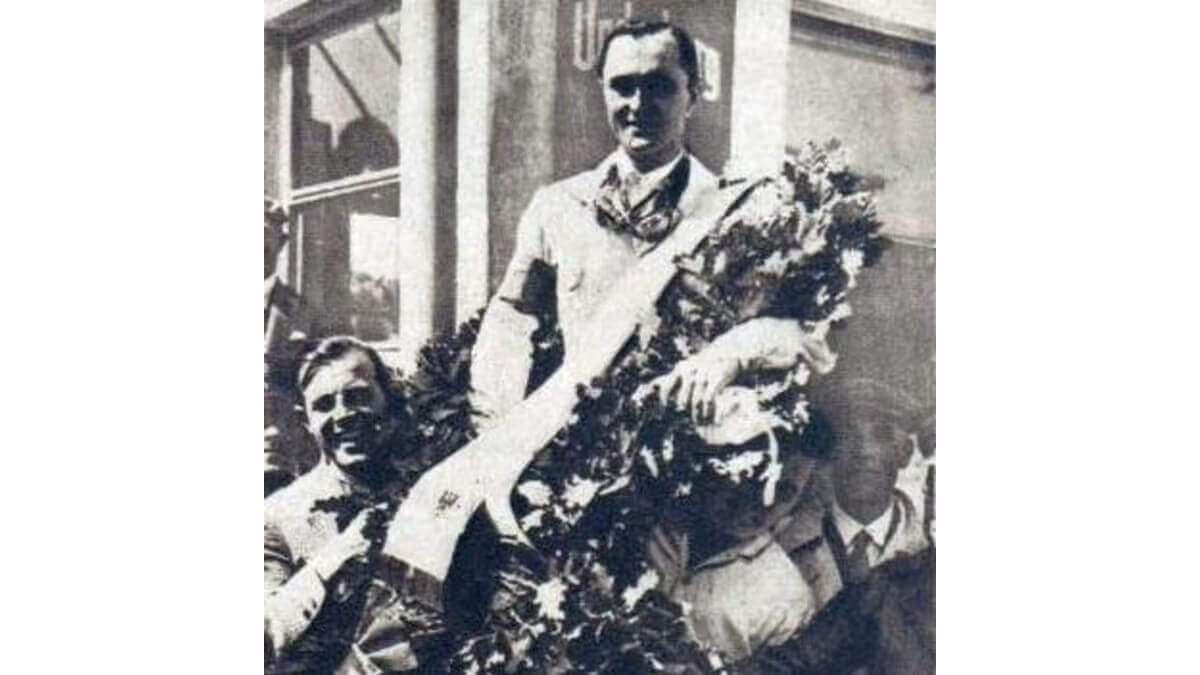 Rudolf Caracciola in his Mercedes-Benz SSK started fastest and took the lead for the first three laps. However, he was directly followed by the lighter and more agile Bugattis, which finally overtooked on the fourth lap. The Type 35s were more in their element than the larger and heavier sports cars from Stuttgart on the ascents, descents, jumps and tight corners of the Nürburgring. Factory driver Louis Chiron drove a Type 35 C with a two-liter inline eight-cylinder engine that delivers 130 hp and accelerates the car to a topspeed of 200 kph. Thanks to its reliability and consistent lightweight construction, which were already well known at that time, the Type 35 was able to convince various racing drivers all over the world. Body and wheels as well as engine and transmission housings were made of aluminium. At the front a forged and hollow drilled axle was used. With this car, Chiron was able to achieve the fastest lap in 15:06 minutes with an average speed of 112.31 kph. Caracciola retired in lap five with engine failure.

Chiron finally won the race after a total time of 4 hours and 46 minutes with a lead of 12 minutes over the runner-up Georges Philippe in another Bugatti Type 35 C, today totally unimaginable. Behind them, the Mercedes-duo August Momberger and Max von Acro-Zinnberger crossed the finishline, followed by another two Bugatti cars. Of the 33 cars that started, only 14 reached the finish, half of them Bugatti vehicles. The Type 35 is still one of the most successful racecars ever built. Between 1924 and 1930, more than 2,000 victories were achieved worldwide, which is why the term ‘golden decade’ was used.