When 50 racing teams register for a race twice around the clock, finally 42 of them are allowed to start and only the very best cross the finish line 24 hours later, then probably the legendary 24 Hours of Le Mans in France are meant. It was first held in 1923 and quickly gained the reputation of a material battle, which really demanded everything from cars and drivers. Here the biggest carmakers and those who wanted to compete against them came and come together. That’s how it also was in 1939. Eighty years ago, 25 of the 50 registered cars were French from companies like Delage, Talbot or Delahaye. From Germany, cars from Adler or BMW participated. Added to this were Morgan, Riley, MG, Aston Martin, Lagonda and Singer from the UK and Alfa Romeo from Italy. But we shouldn’t forget Bugatti from the Alsace. In 1938 they had to withdraw from the entry lists for technical reasons and thus couldn’t defend their overall victory of 1937. All the more motivated they returned to the racetrack near the river Sarthe in 1939.

As a racecar, they brought a Type 57 C, for which they developed a specially aerodynamically shaped bodywork with fenders integrated into the body. Due to the unusual design at the time, it was nicknamed ‘Tank’, inspired by the moving tank gunners from World War 1. Factory driver Jean-Pierre Wimille had already been able to win with a quite similar design in 1937, at that time based on a Type 57 G. With the Type 57 C, the 3.3-liter inline eight-cylinder engine produced about 200 hp by an added supercharger. This enabled the drivers to reach more than 255 kph (158 mph) on the long Hunaudières straight of the Le Mans circuit. Jean Bugatti, son of the company founder and gifted designer, made several weight reductions through deliberately calculated holes in the body as well as on chassis parts and the crankshaft. 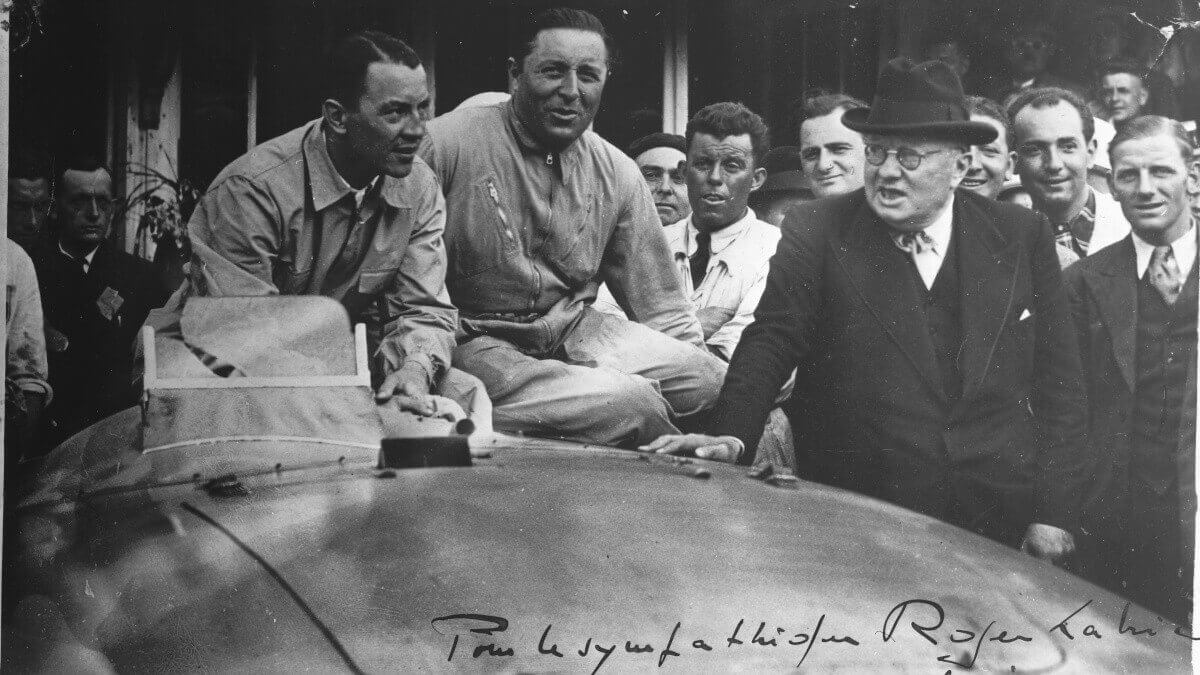 Bugatti was competing for the overall victory once again. One truth of the 24 Hours of Le Mans up to today is, that the fastest car in the race doesn’t necessarily win. The big favorite in 1939 was the two-times winner Raymond Sommer with his Alfa Romeo. He led the race from the start, battling Jean-Pierre Wimille and Pierre Veyron in the Bugatti as well as some other cars and drivers. However, Wimille didn’t drive at the limit, but paid attention to the condition of his tires and brakes by driving as clean a line as possible. On early Sunday morning, the Delage of Louis Gérad and Georges Monnert suffered engine problems and had to stop at the pit lane. Pierre Veyron, who was at the wheel of the Bugatti at the time, effortlessly drove past them and continued to take lap after lap without problems. CEO Ettore Bugatti was quoted after the race: “We didn’t had to open the bonnet once during the race.”

In the end, Wimille and Veyron also defeated the Alfa Romeo and covered 248 laps or 3,354 kilometers in 24 hours. This corresponds to an average speed of 139 kph. Of the 42 cars that originally started into the race, only 20 reached the finish line, the runner-up three laps behind the Bugatti, the third one even nine laps behind. This overall victory at Le Mans is still the brand’s last major success in motorsports. Two months later, World War 2 began, which is why also Bugatti had to stop production. There was a ten-year hiatus for the 24-hour race. The distance record of the Bugatti outdated in 1950, when the father-son duo Louis Rosier and Jean-Louis Rosier won in a Talbot-Lago T26 GS.