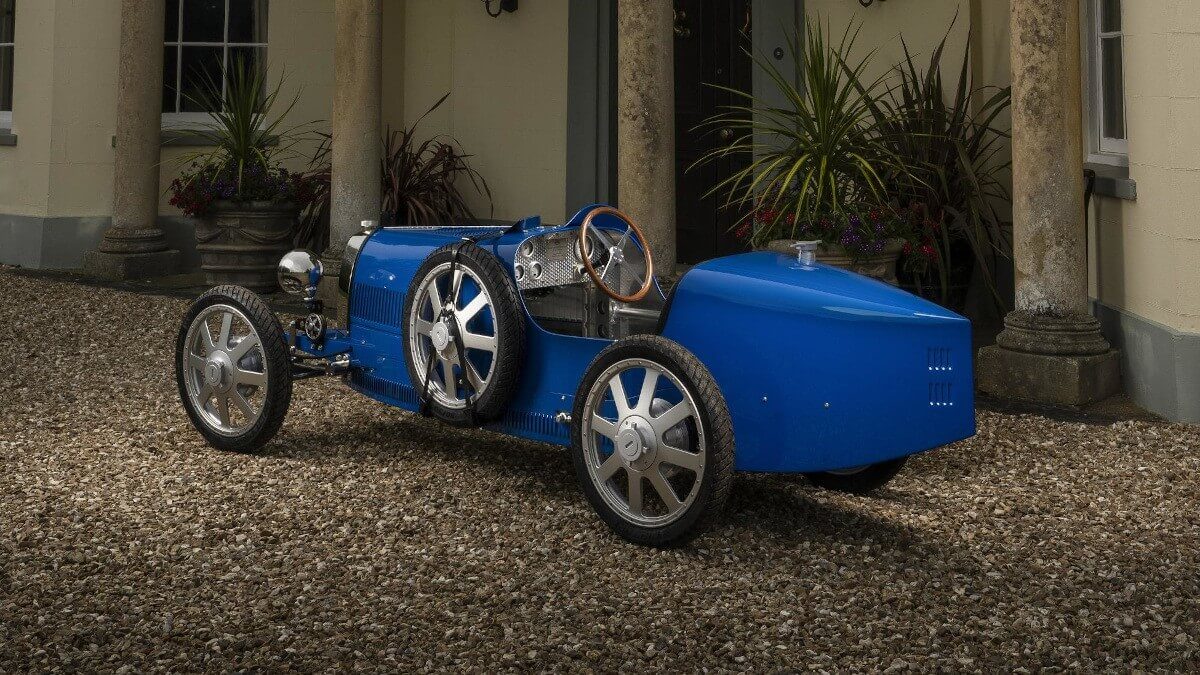 Bugatti already presented a prototype of the Baby II at the Geneva Motor Show. In contrast to vehicles such as the Veyron, the Chiron, the unique La Voiture Noire or the low-volume production cars Divo and Centodieci, the Baby II can’t be driven on the road by adult customers. Instead, it is aimed at the next generation. The Baby II is a replica of the Type 35 Grand Prix racing car. From 1926 Bugatti already offered such a children’s car, first developed for the fourth birthday of Roland Bugatti, the second son of company founder Ettore Bugatti. Wealthy customers quickly became aware of this children’s car and also ordered it for their offspring. Today, around 150 copies of the original still exist worldwide. It was made with the same passion and attention to detail as the 1:1 Grand Prix car.

Bugatti now enlarged the Baby II to around 75 percent of the Type 35, whereby a corresponding original vehicle was digitally scanned. The prototype shown in Geneva was produced on a 3D printer. For the celebration of the 110th anniversary of the brand in Molsheim (we reported), Bugatti produced a ready to drive prototype together with The Little Car Company, which was offered for test drives to VIP customers. In order to make it possible for tall people to ride in the Baby II, an adjustable pedal set was mounted. A modern electric motor with lithium-ion batteries and regenerative energy generation during braking drives the Baby II, whereby modern Michelin tires on the classic eight-spoke rims bring the power to the ground. 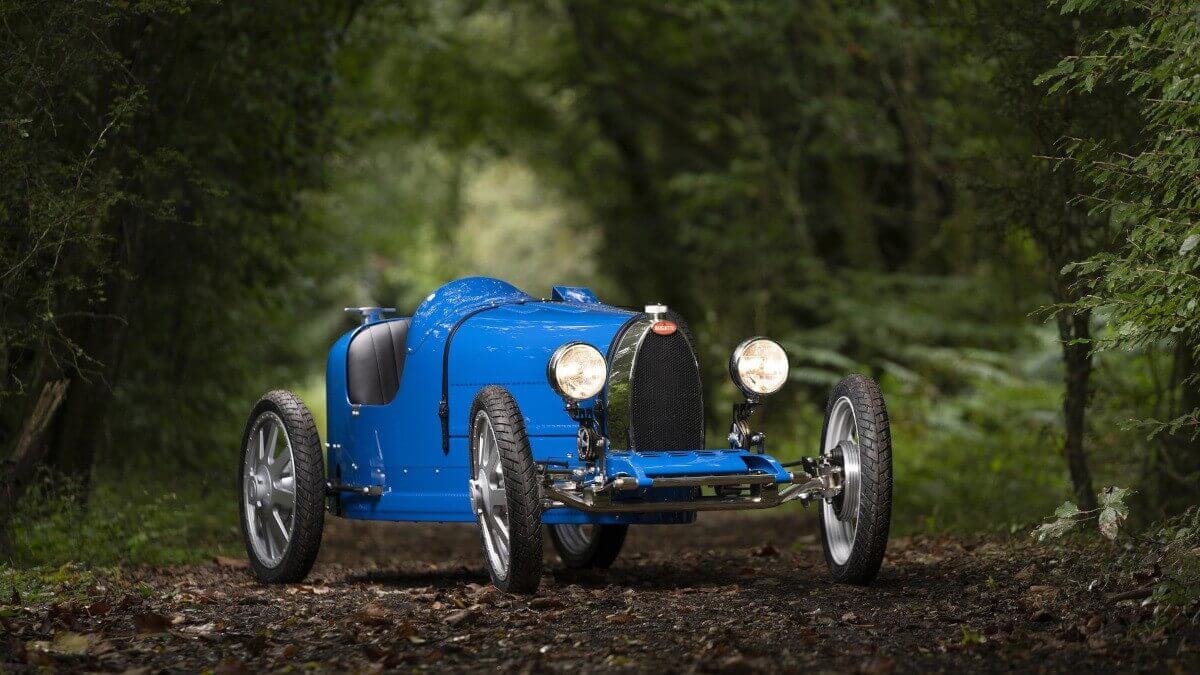 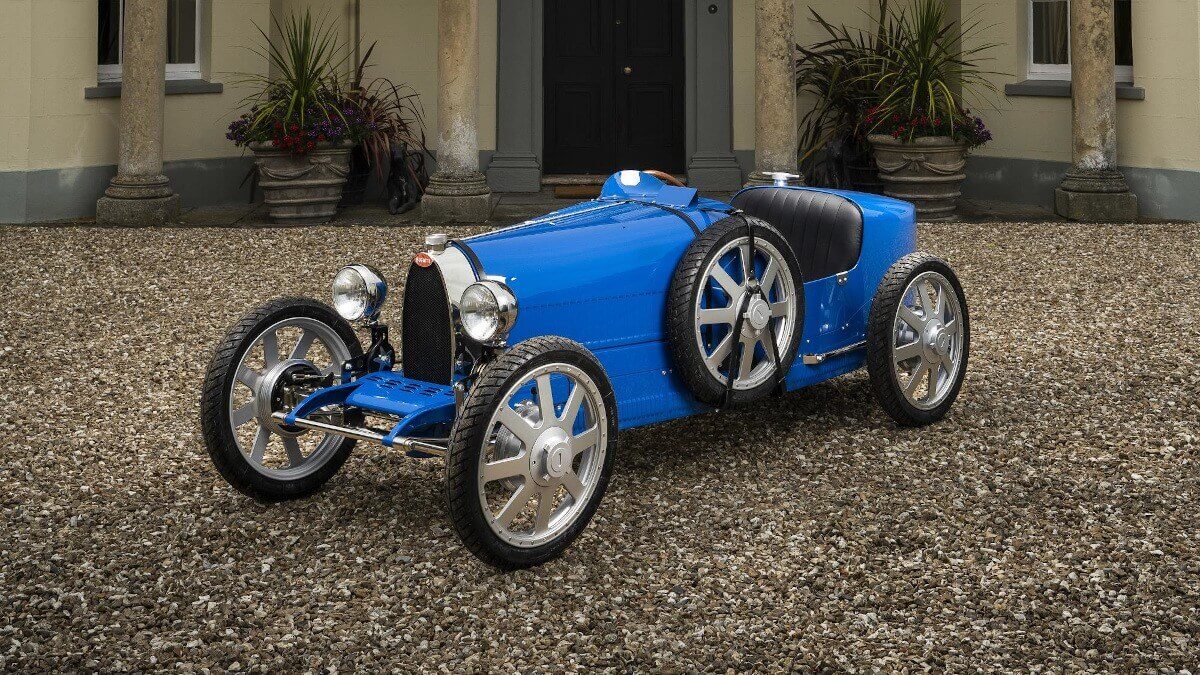 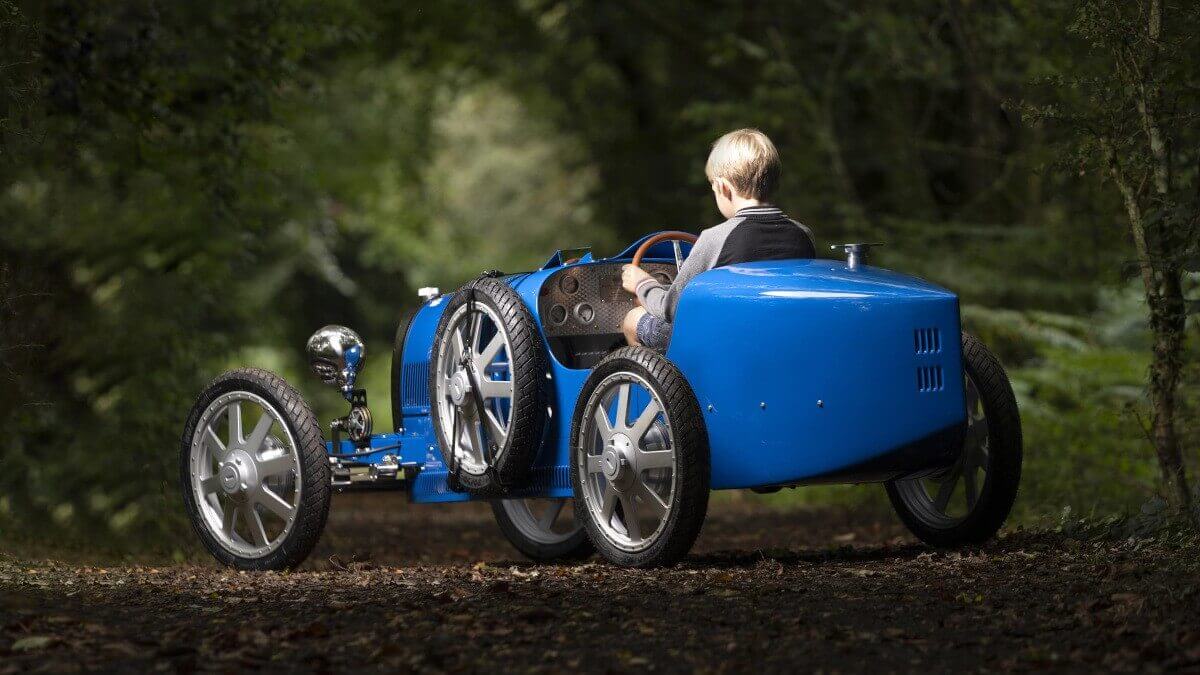 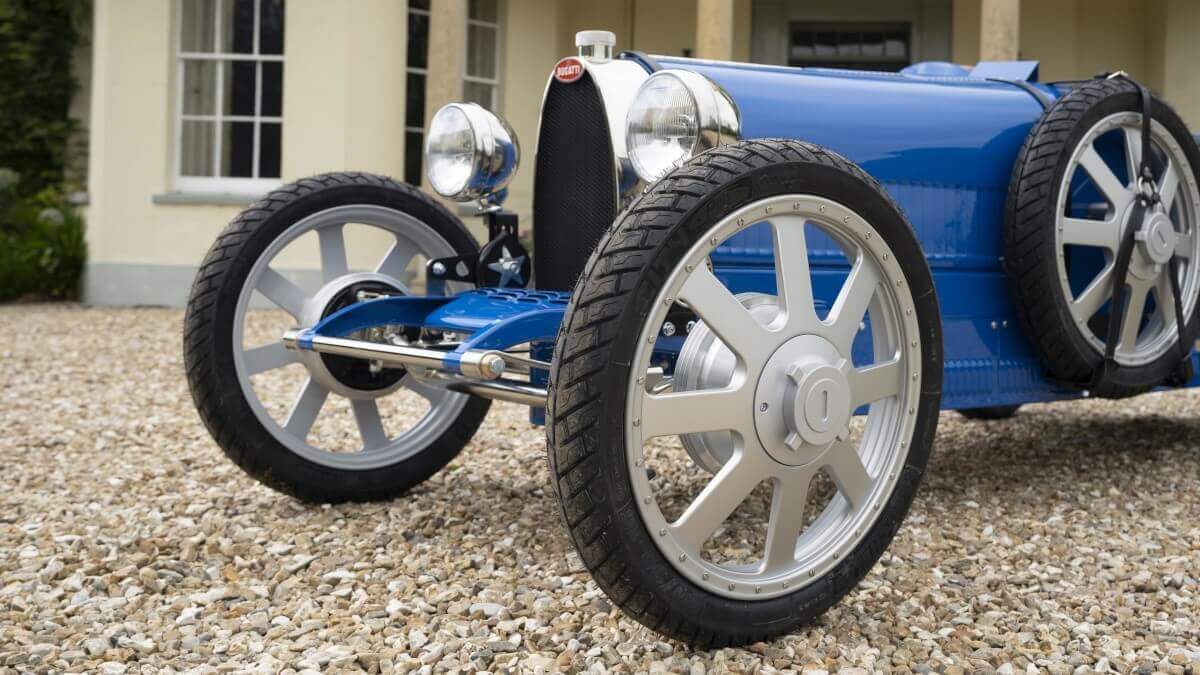 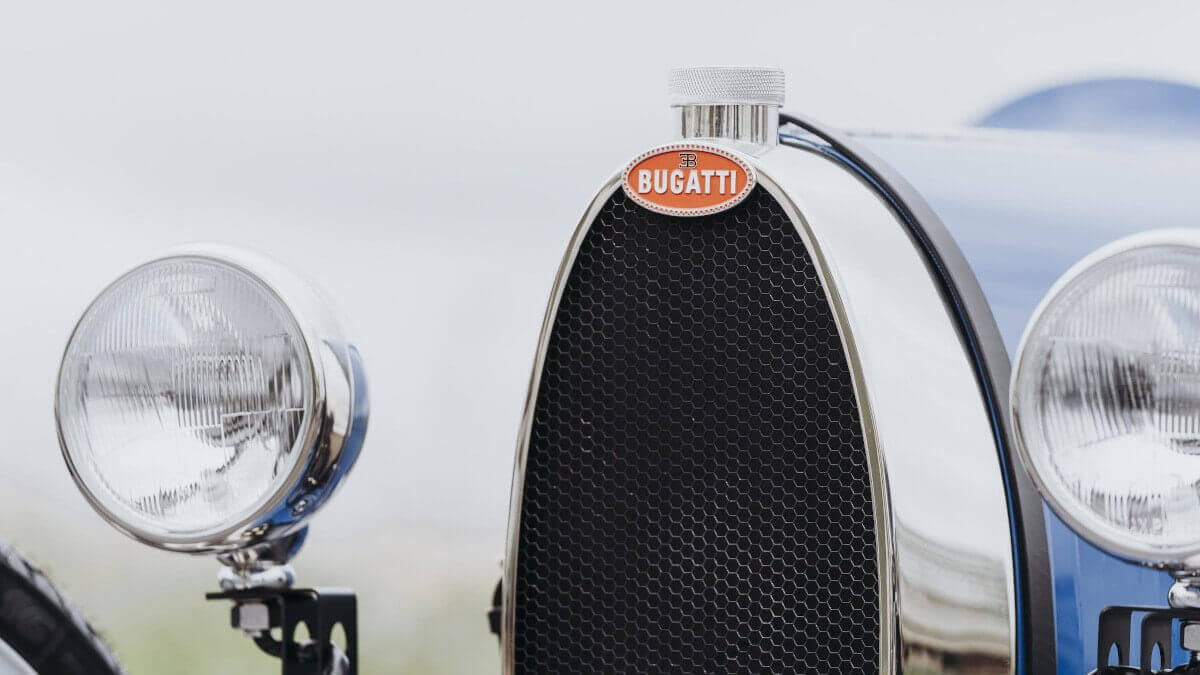 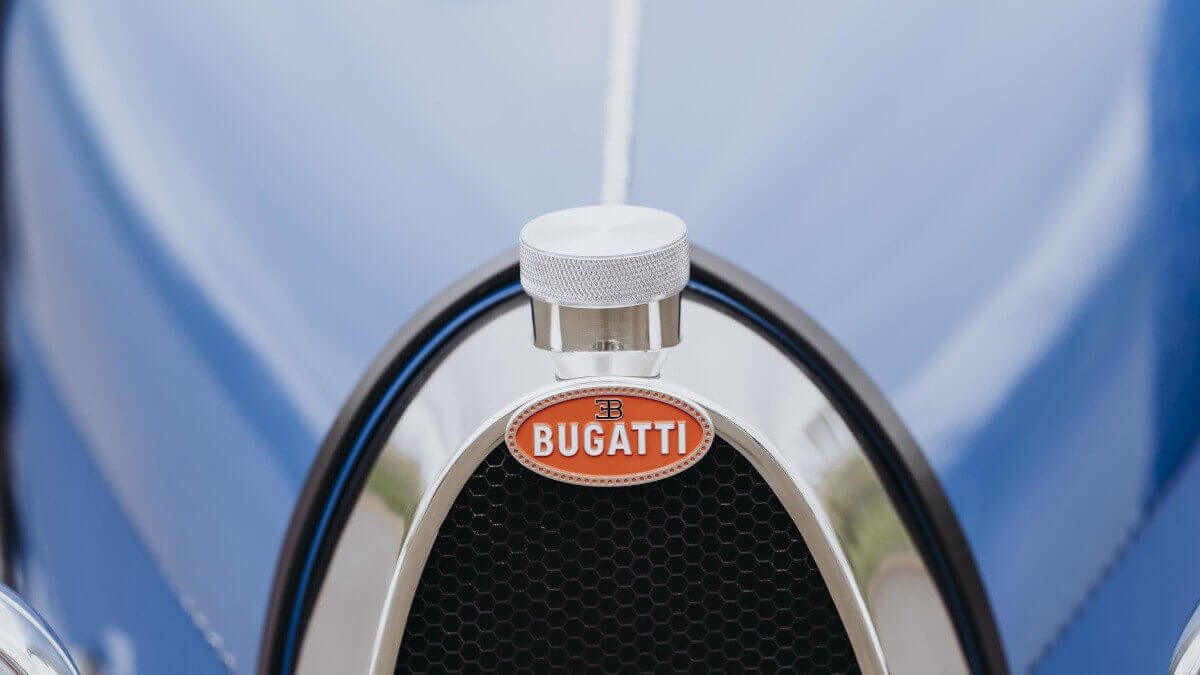 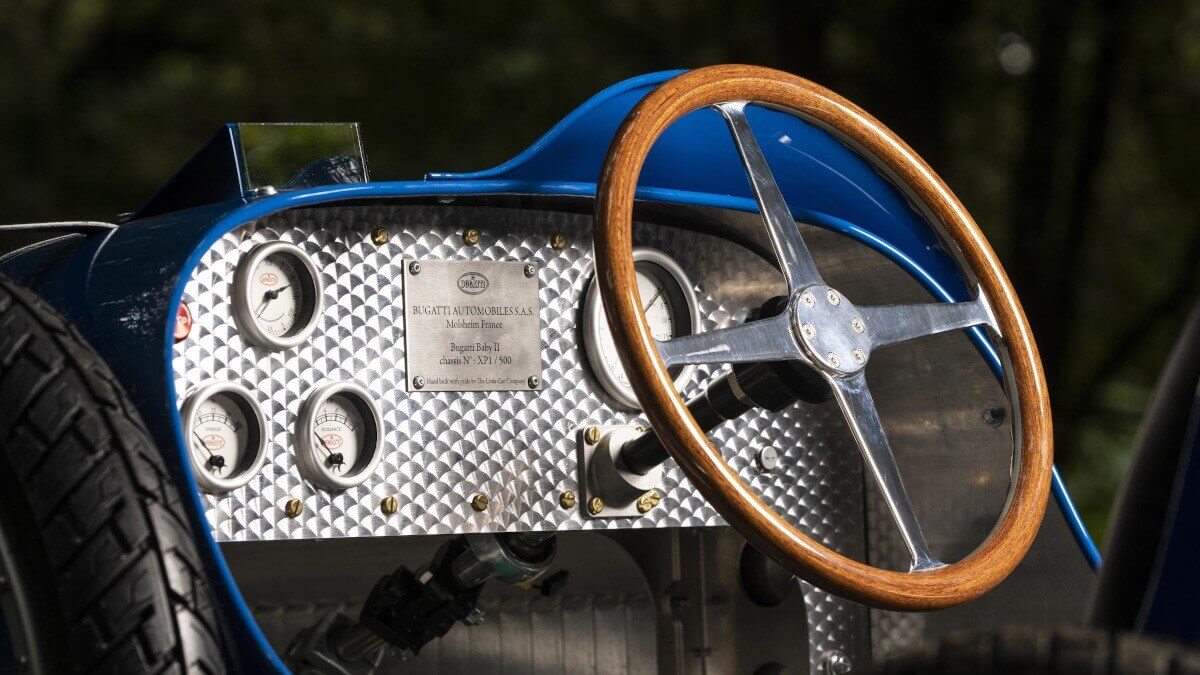 The aluminium dashboard features round analogue instruments in the style of the original Type 35, but while the latter displays oil pressure, fuel pressure and a rev counter, the instruments in the Baby II show the battery charge, speed and power gauge. Bugatti introduced the latter for the first time in the Veyron. There is also a metal badge on the dashboard that shows the model name and the current limitation number of the 500 cars. The standard equipment also includes a horn, a rear-view mirror, functioning headlights, a handbrake and a remote control which parents can use to switch off the Bugatti Baby II engine from a distance of up to 50 meters in the event that their offspring are endangered. On the front is the famous Bugatti logo made of 50 gram silver as on the Chiron.

In ‘child’ mode, the electric motor produces 1 kW and accelerates up to 20 kph (12.4 mph). Via a switch the ‘adult’ mode is activated, which increases the topspeed to 45 kph (28 mph) by increasing the motor power to 4 kW. Some versions of the Baby II come with a speed key like the Chiron, further increasing the engine power to 10 kW and eliminating the speed limit. On the rear axle, a limited slip differential ensures that the power reaches the ground well even in corners. In addition to the standard 1.4 kWh battery, there is also an optional 2.8 kWh version for a range of up to 30 kilometers. The Baby II comes ex works in ‘French Racing Blue’, although other paint colors are also available. In addition to the basic version, the Baby II is also available as a ‘Vitesse’ with speed key and carbon body or as a ‘Pur Sang’ with handcrafted aluminium body and speed key.

Despite a basic price of 30,000 € (plus taxes and delivery), the order list for the Bugatti Baby II quickly filled up at the Geneva Motor Show, with the result that all 500 units have already been sold out. Now interested parties can still sign up for a waiting list if a customer jumps off. Deliveries will take place in 2020 and 2021.