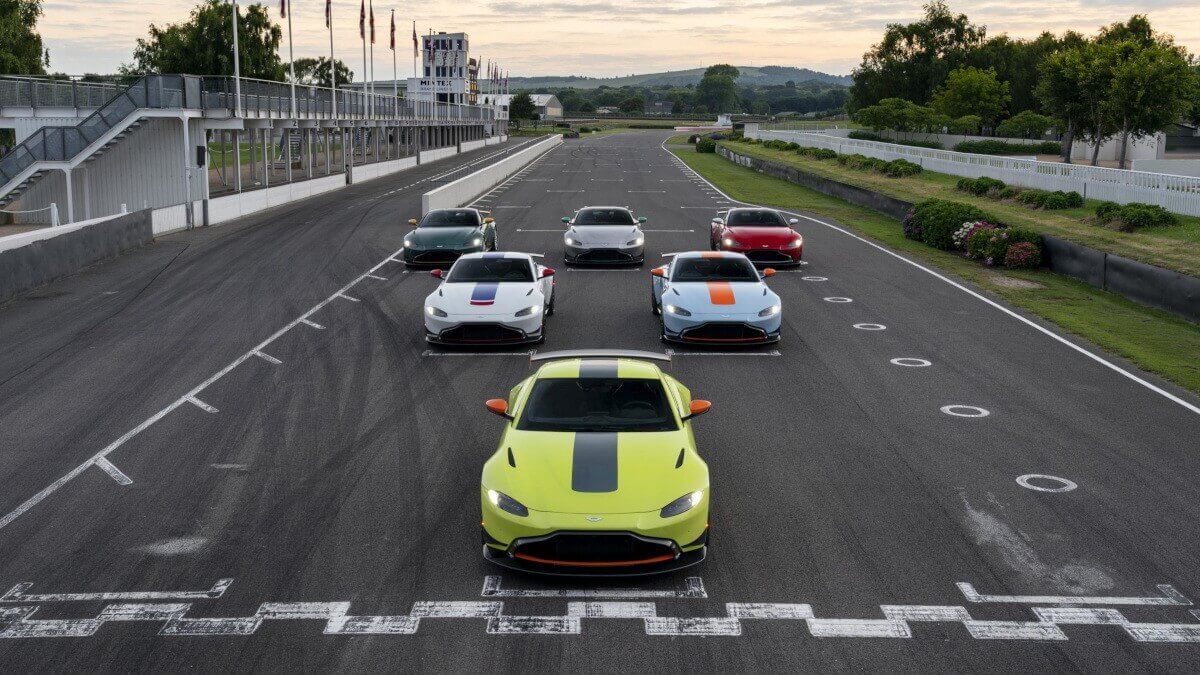 Today, the annual Festival of Speed begins in Goodwood. As the main brand, the event this time puts Aston Martin into the spotlight and therefore attached a DBR1 to the so-called ‘Center Piece’, the 30 meter tall statue in front of Goodwood House, which is redesigned each year. It was exactly this racing car that won the Le Mans 24 Hours of Le Mans 60 years ago. Aston Martin takes the advantage to present the entry-level sports car Vantage in a new variant. This is called ‘Heritage Racing Edition’ and comes in six different liveries. The special edition was created in the customization department ‘Q by Aston Martin’ and receives in every variation lightweight forged wheels, the Sports Plus Pack and various carbon fiber details in the interior. Each of the six finishes honors a famous race car of brand history. At the same time the Heritage Edition also receives the newly developed Aero Kit for the first time, which is now also optionally available for the normal Vantage. It includes a fixed carbon fiber rear wing, a larger front splitter and dive planes attached to the sides of the front bumper. At 190 mph it provides an additional 194 kilograms of downforce.

The oldest inspiration car is known in-house and among fans as ‘Razor Blade’. In 1923, this car set two class records for the 1500 cc light car class at Brooklands. For this purpose, a streamline body was created especially at De Havilland. The silver tone of the Razor Blade is now shown on the modern Vantage, complemented by some green accents. ‘The Italian Progettista’ is the nickname of the second variation, which is inspired by the most famous pre-war Aston Martin racing car, the Ulster. This model won its class at the 24 Hours of Le Mans in 1935, became third overall and shortly thereafter added the fourth place in the RAC Tourist Trophy race on top of it. The dark red paint used by the team back then now adorns the Vantage with some silver accents. On the side air vents are ‘Aston Martin’ lettering in exactly the same font that was once applied by hand on the bonnet of the Ulster. The source of inspiration for the third Vantage, called ‘The David Brown Era’, was the DB3S, for which the British brand used different color accents to better distinguish the different race cars on track from the pits. In dark green with yellow accents, the car became world famous and is still used as inspiration for various vehicles of the brand. 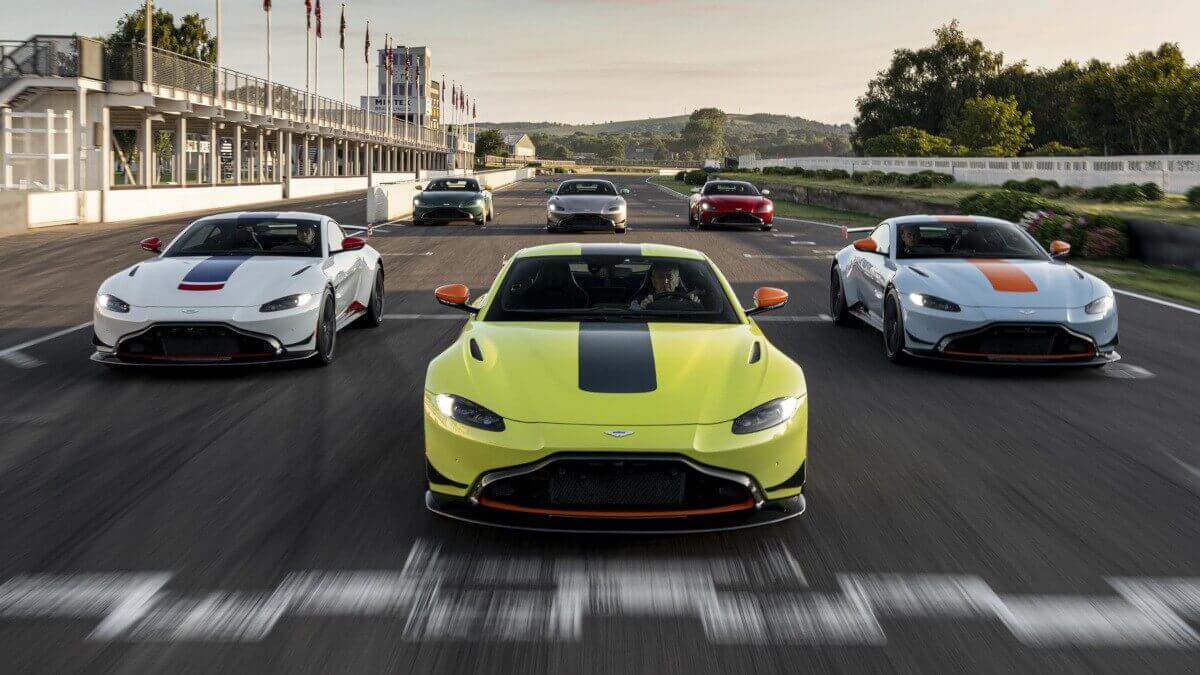 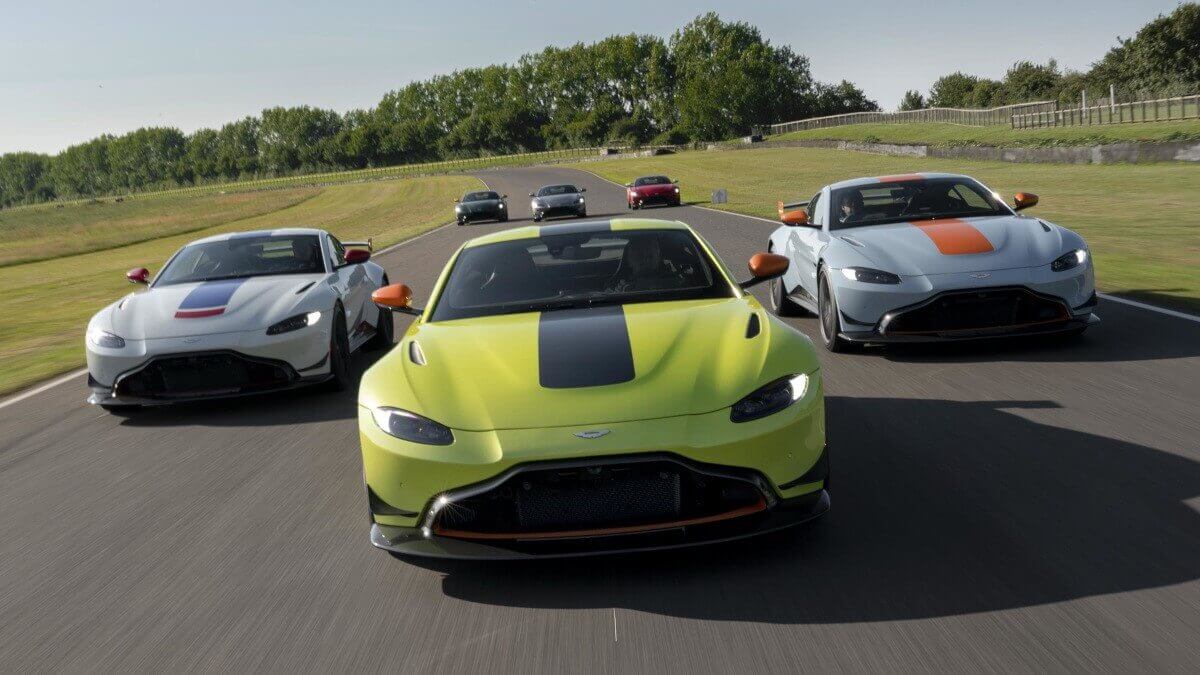 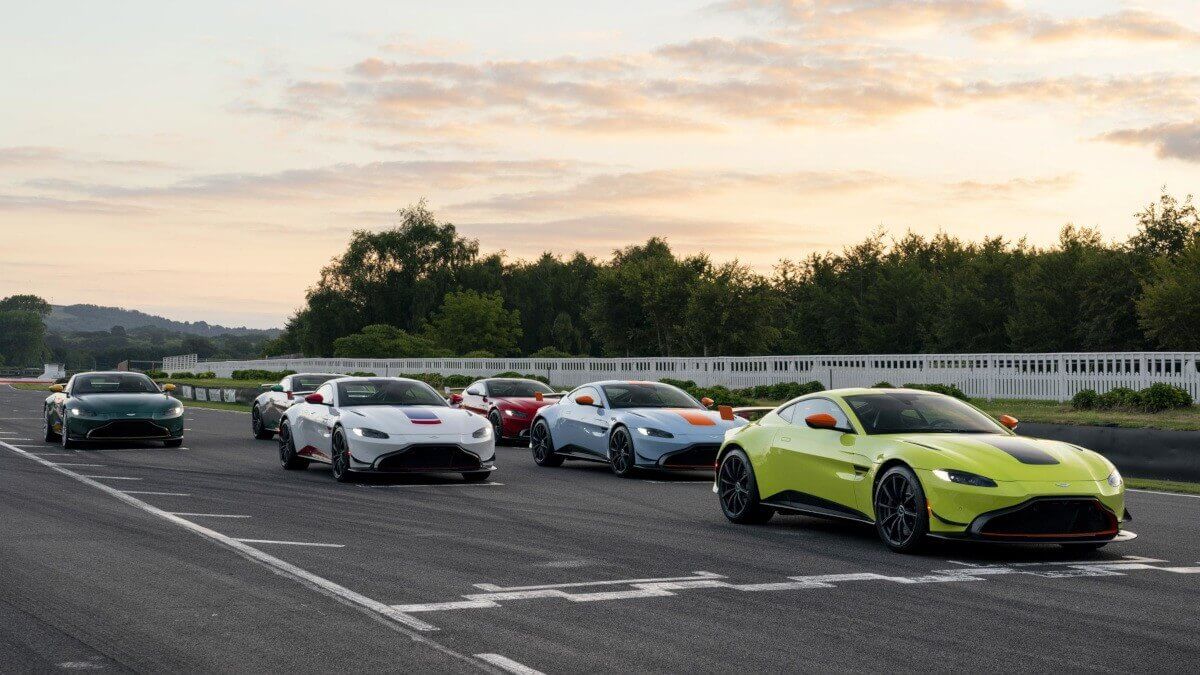 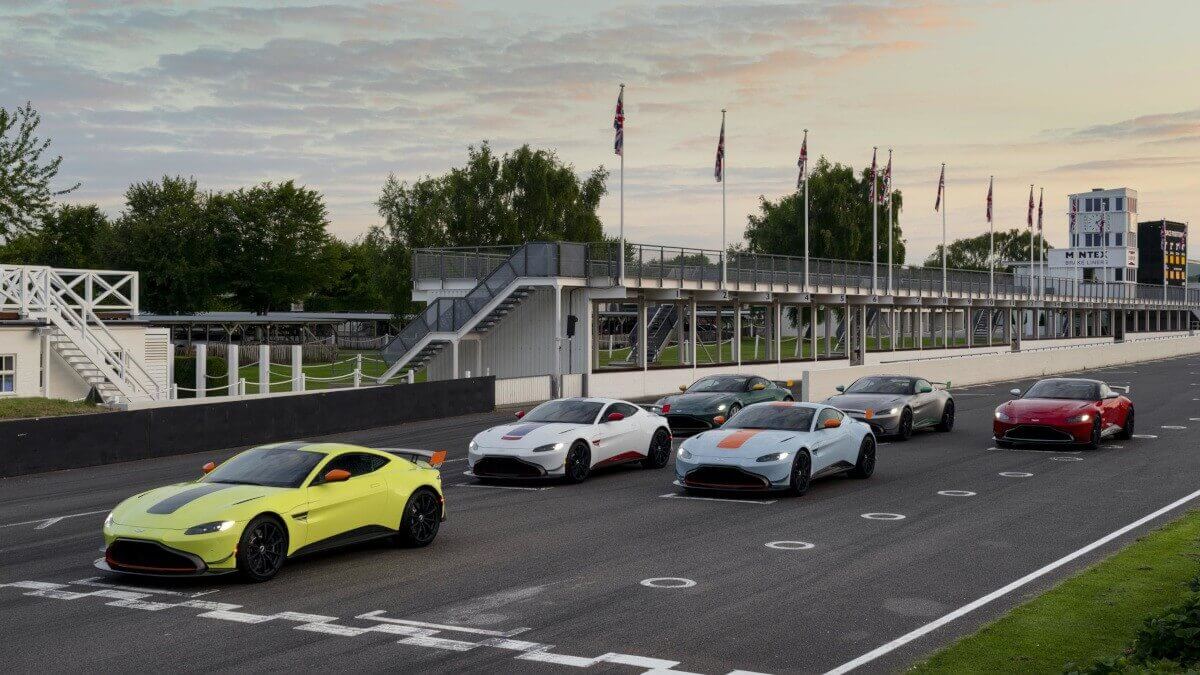 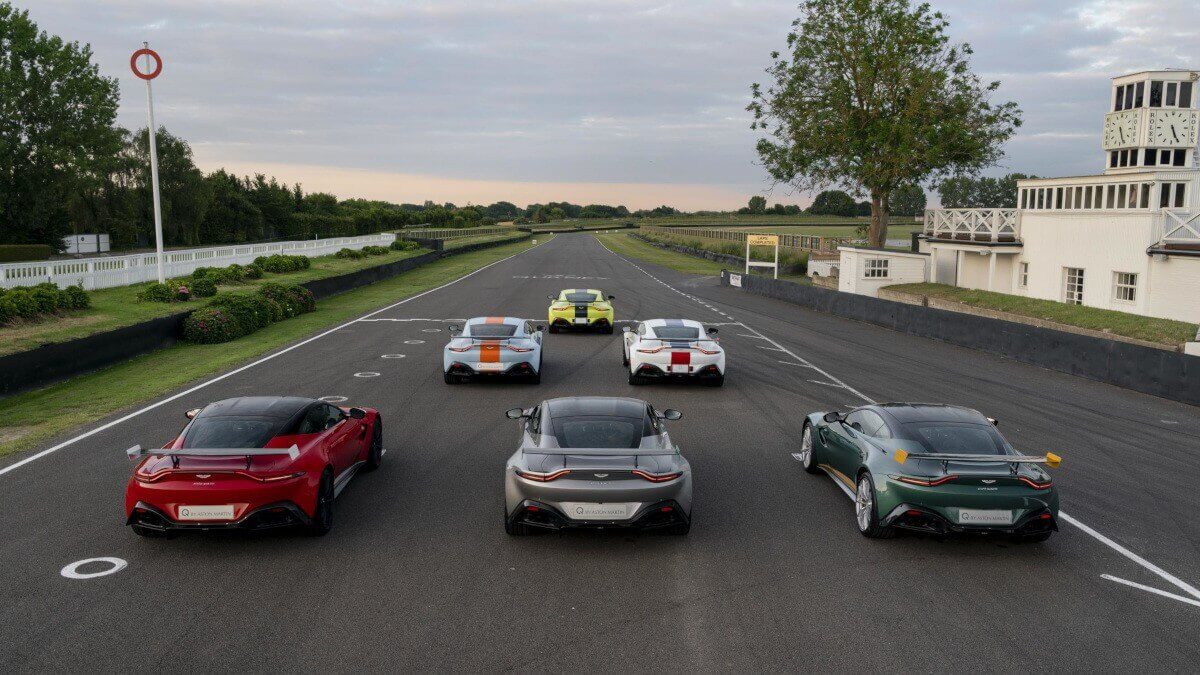 In 1989, the AMR1 debuted for the Group C sports car worldchampionship with some novelties such as a chassis made of carbon and Kevlar. Inspired by the colors of the wedge-shaped racecar with white base coat and accents in blue and red, ‘The Group C Monster’ is the fourth variation of the Heritage Racing Edition. With the DBR9, the British brand have been very successful in the GT1 category for many years, winning the GT class at Le Mans both in 2007 and 2008. Among other things, the cars showed the famous ‘Gulf’ livery back in those days, which is now modeled on the variant ‘The Le Mans Winner’ in classic Gulf Blue and Gulf Orange. The sixth and final version of the Heritage Racing Edition is called ‘The Next Generation’ and honors the current Aston Martin Vantage GTE, which takes part in the FIA WEC in an eye-catching livery of lime green with dark green accents.

All in all, there are only 60 copies of the Vantage Heritage Racing Edition to be made, whereby the customers can freely choose between the six liveries. There are no information about the prices at the moment. Aston Martin will regularly show all six versions during the weekend below the ‘Center Piece’ at Goodwood House.