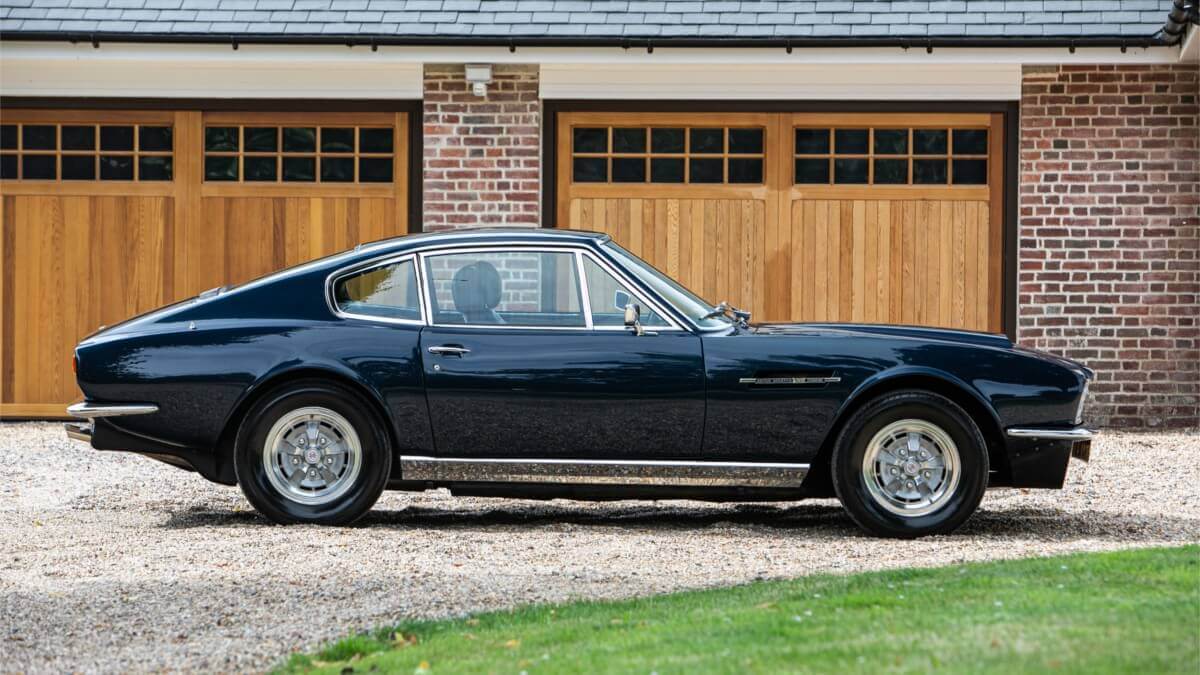 Aston Martin provided the sports car models from the late 1940s on with the initials of the then company boss and a consecutive numbering. In 1967 something unusual happened with the successor model to the DB6. To the already typical ‘DB’ for ‘David Brown’, the British company added a simple ‘S’. The exact meaning was left open. With the complete designation ‘DBS’ they wanted to remind of the concept car DBSC, presented by Italian coachbuilder Touring in 1965 and well received by the trade fair audience. Touring already designed the models DB4, DB5 and DB6, therefore the coachbuilder was the first choice for the successor model. However, the two designs of the Italians, which debuted at the Paris Motor Show in 1966 as prototypes, couldn’t convince the management of Aston Martin. In addition, the Italian coachbuilder was in deep financial trouble. Ultimately, the Britons rejected the Touring ideas and let William Towns internally create an independent design. With its rough edges it fitted very well into the late 1960s, but was also inspired by American muscle cars like the Ford Mustang or Chevrolet Camaro. Towns integrated four round headlights into the wide grille. The accentuated, slightly curved sideline on the fenders was ultimately reflected in all new models of the brand for the next 20 years.

Originally, it was planned to offer the successor model of the DB6 for the first time with a newly developed V8 engine under the hood. However, the development time of this new engine had been underestimated. During test drives and at some races in a Lola T70, various problem arose, forcing the team to take further development steps. Meanwhile, the planned market launch of the new DBS approached, which is why Aston Martin finally decided to reuse the old inline six-cylinder engine with four liters of displacement from the DB6, developed by Tadek Marek. The DB6 was produced in parallel until 1970. The engine provided 207 kW/282 hp, but was also offered in a more powerful Vantage variant with 239 kW/325 hp. The latter achieved its additional performance by installing three double carburetors and a little fine tuning. Both variants couldn’t bring the DBS up to the performance of the predecessor DB6 due to the higher weight and poorer aerodynamics. Only in 1969, the engine developers of Aston Martin were satisfied with the progress of the V8, so that they agreed to a series production. In its basic version, it delivered 350 hp from 5.3 liters. 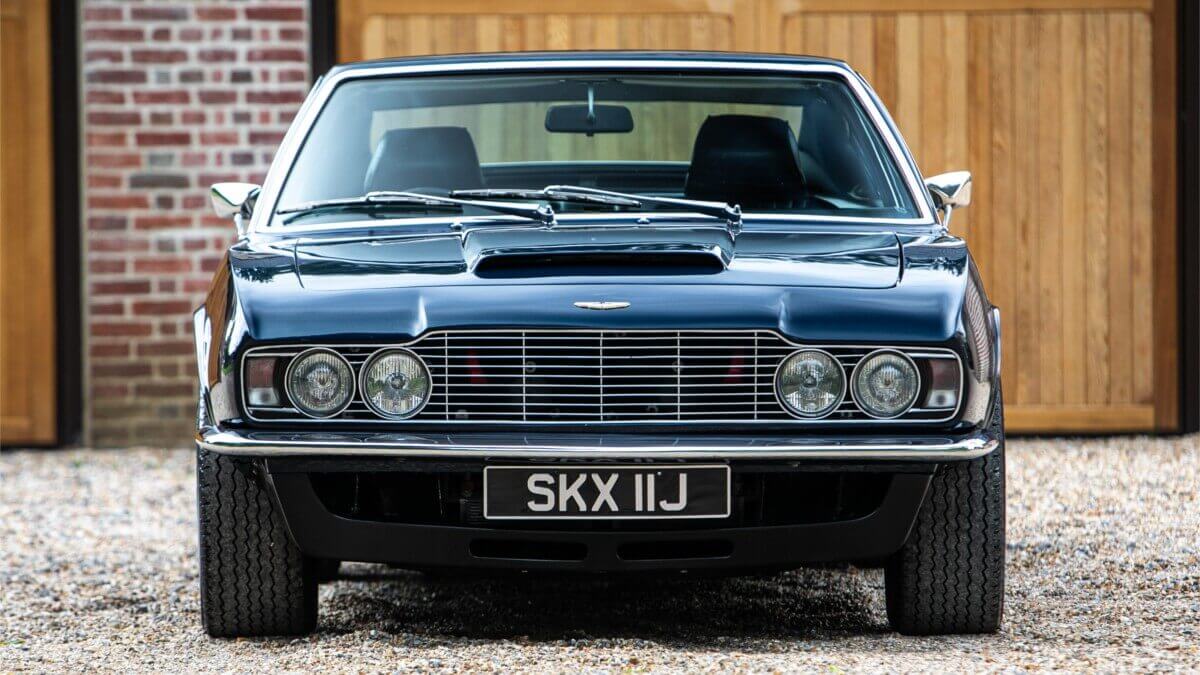 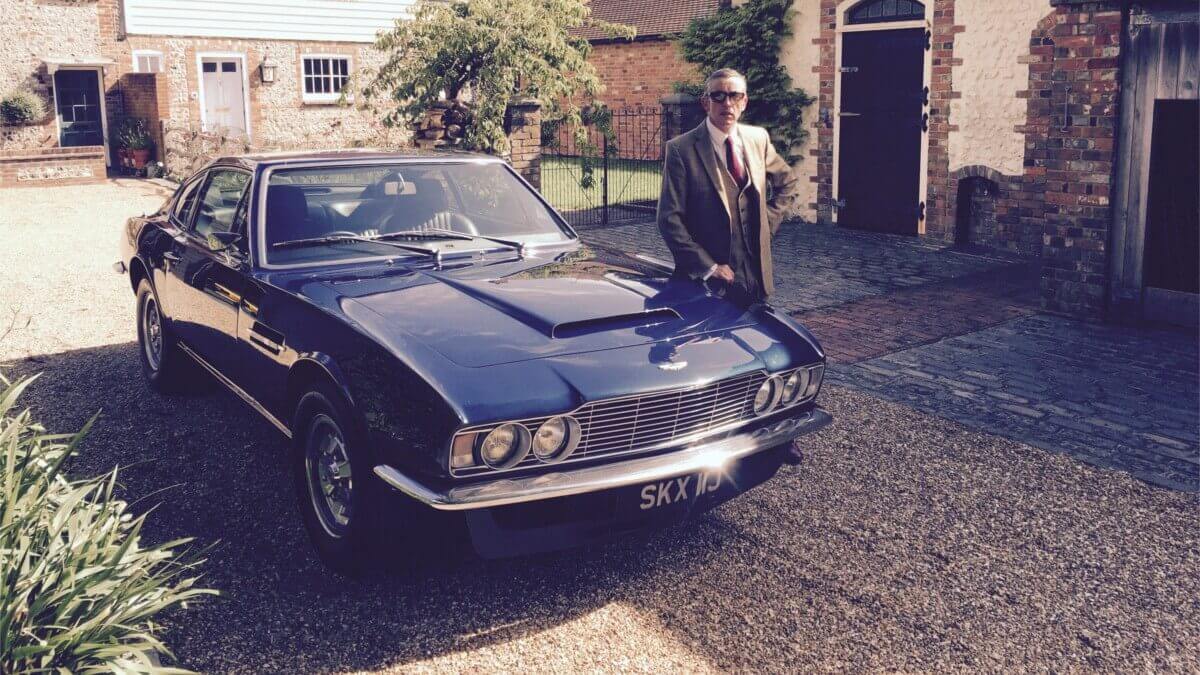 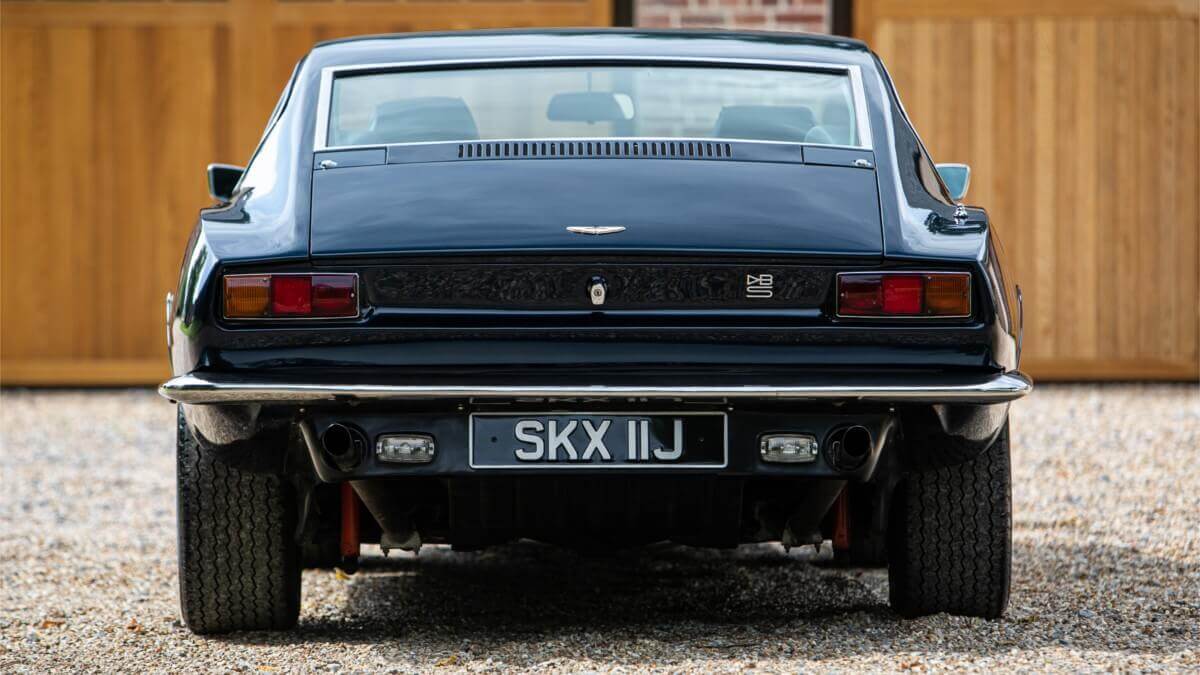 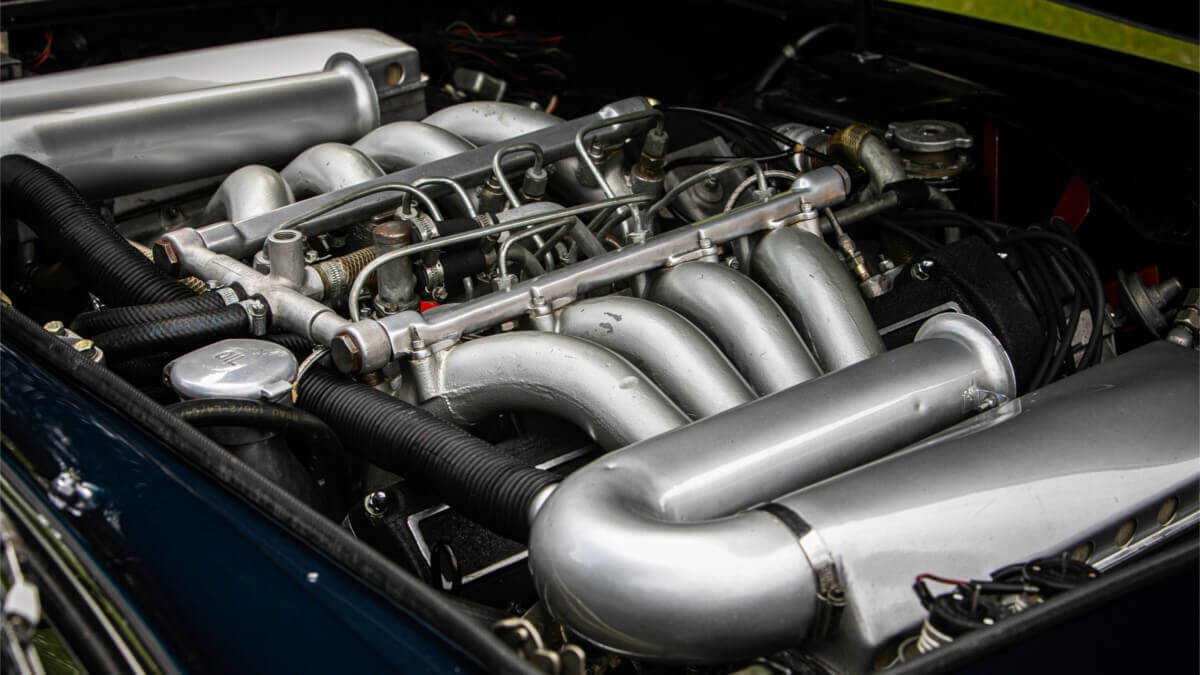 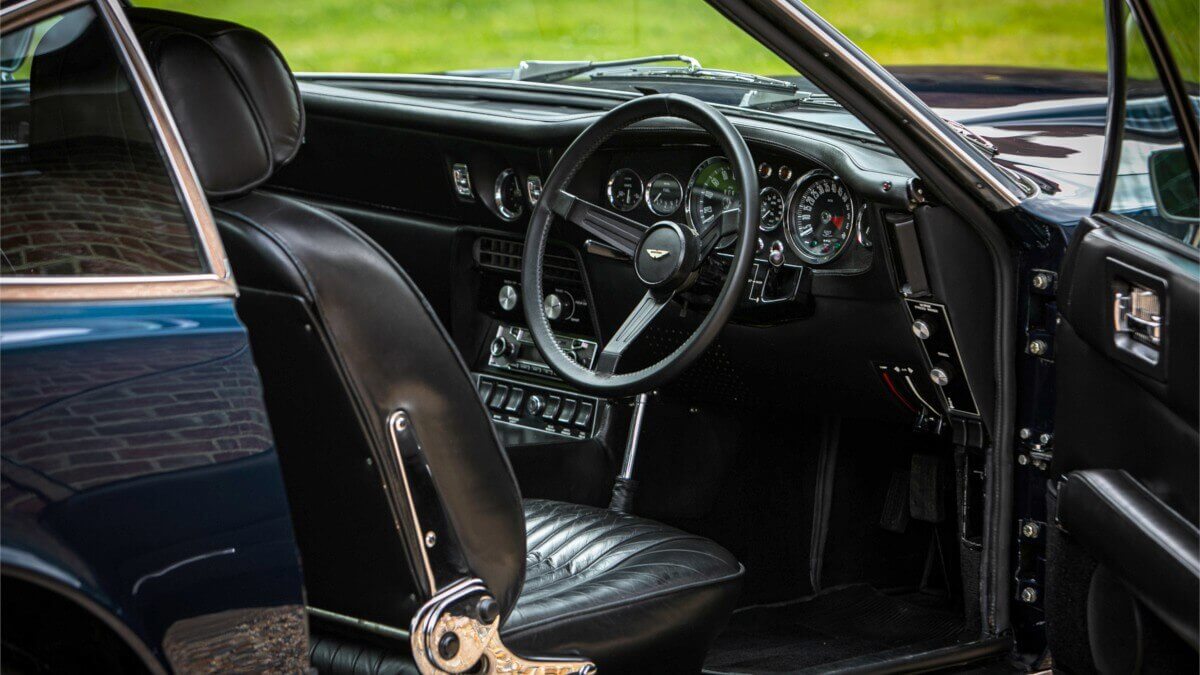 Of course, like every manufacturer, Aston Martin needed a few copies of the new model for its in-house press-test fleet. A right-hand drive vehicle received the licenseplate ‘SKX 11J’ and was successively made available to various British magazines. Among others, ‘Motor’ tested the car for 3,000 miles, including a high-speed ride on the then unfinished motorway M4, assuming an average speed of 160 mph over one mile. About 20 years later, one of the test drivers involved in the original feature from 1971, Tony Dron, met the same car again during restoration and produced another report about it.

The time between the sale of the press car in 1973 and its rediscovery in a Scottish field in the mid-1990s is not documented. Gordon Burns, a car enthusiast, had recovered and acquired the DBS. He carried out the necessary restoration with the exports from Chapman and Spooner (engine works) and Gary Wright (interior works). Afterwards he sold the DBS V8 and the new owner sent the car to David Reed of Davron for some works on chassis and injection system. In a subsequent driving report for the ‘Classic Car’ magazine, editor Mark Dixon was full of praise. Since 2011, the vehicle belongs to the car collection of actor and comedian Steve Coogan. Now it is offered at Silverstone Auctions. The auction house expects a hammer price between £ 145,000 and £ 165,000.