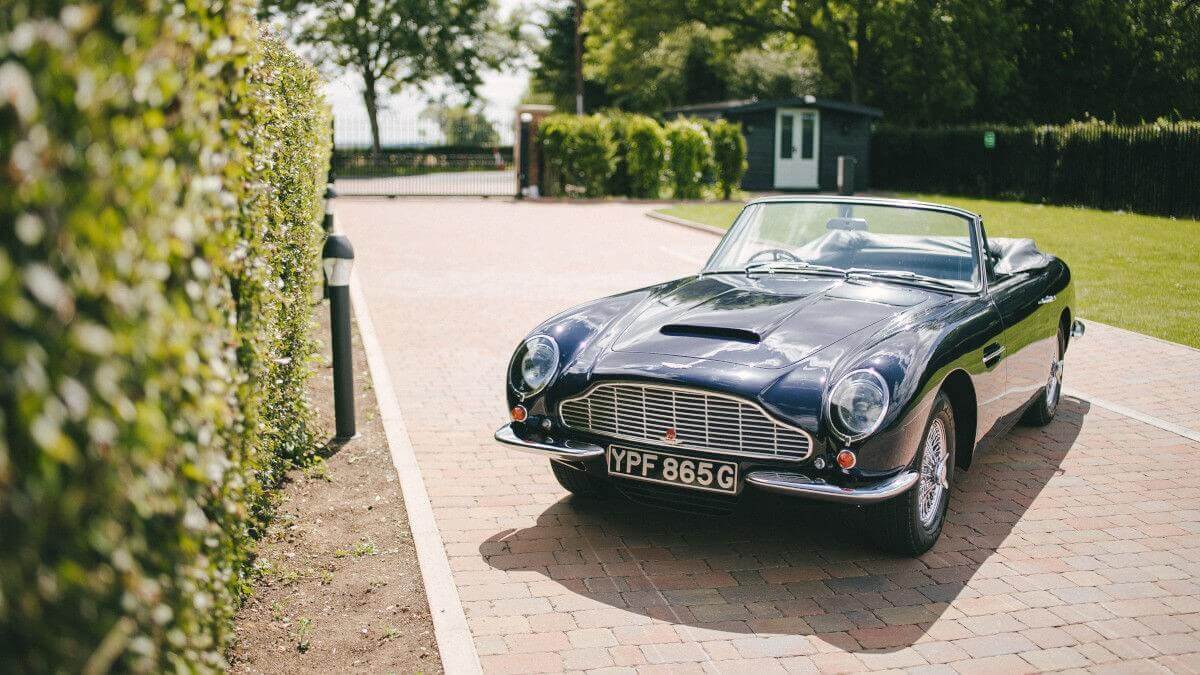 In 1965, the DB6 made its debut as the last Aston Martin model in the classic design that had debuted with the DB4. In contrast to this and the DB5, the new model had a wheelbase extended by 91 to 2,580 millimeters, resulting in more space for possible rear passengers. The Superleggera design adopted from Touring, with a tubular steel skeleton over which the aluminium body was formed, was also used here for the last time. Under the hood, the four-liter inline six-cylinder engine, which had already powered the DB5 with its 210 kW/286 hp, was also used. Coil springs, telescopic shock absorbers and double wishbones of unequal length all around ensured excellent handling.

One year after the debut of the coupé called Saloon, of which the more powerful Vantage version with 325 hp was also available, the open convertible version followed, which for the first time in the brand’s history was given the name Volante. Due to its high price, however, only 140 units were produced until 1970, 29 of which were optionally equipped with the Vantage engine ex works. Today, these vehicles are among the sought-after rarities of the British brand, which are only rarely offered on the market. Bell Sport & Classic currently has an Aston Martin DB6 Volante from 1968 in their showroom. 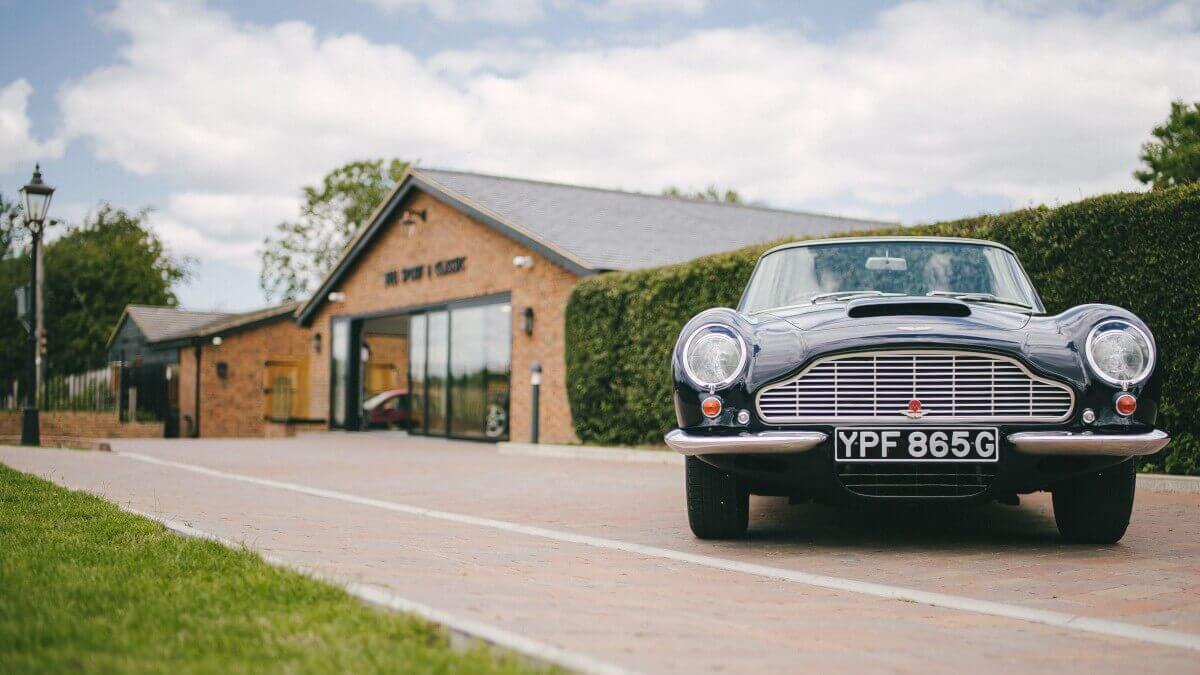 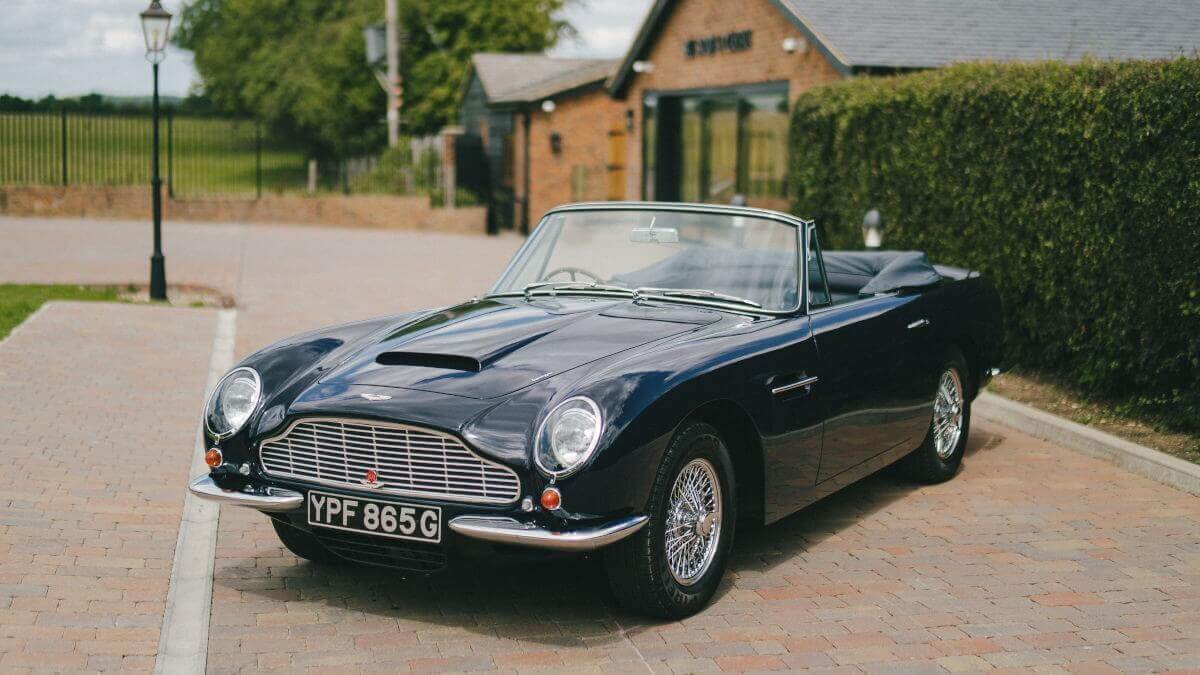 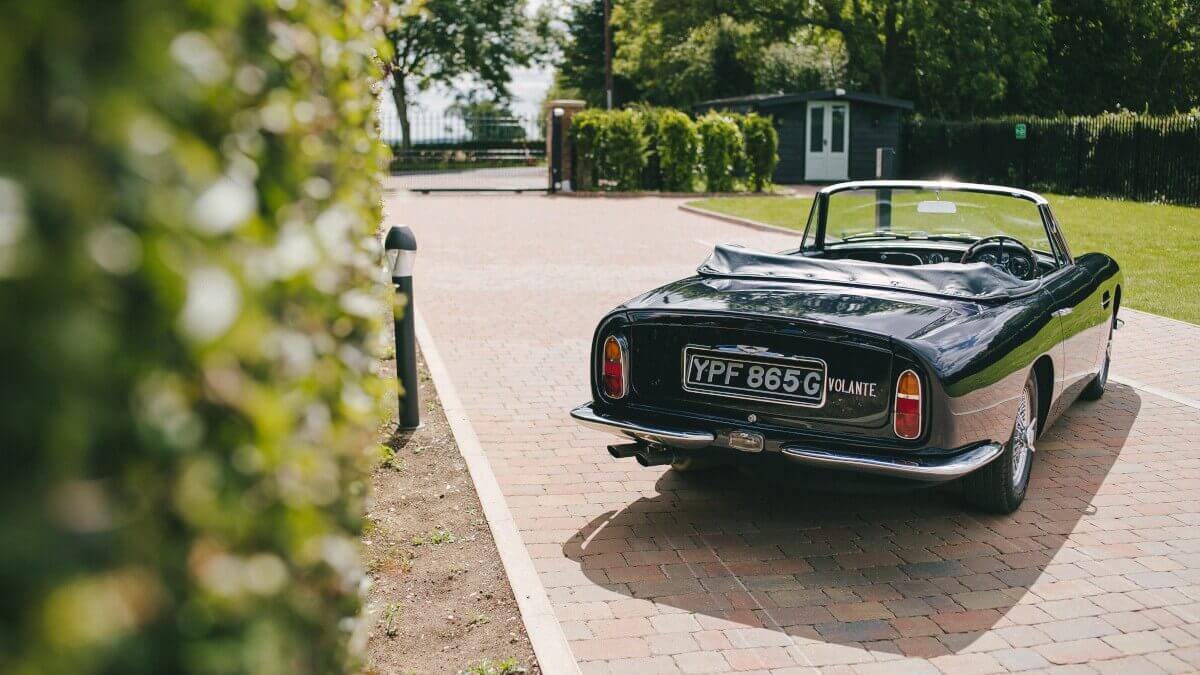 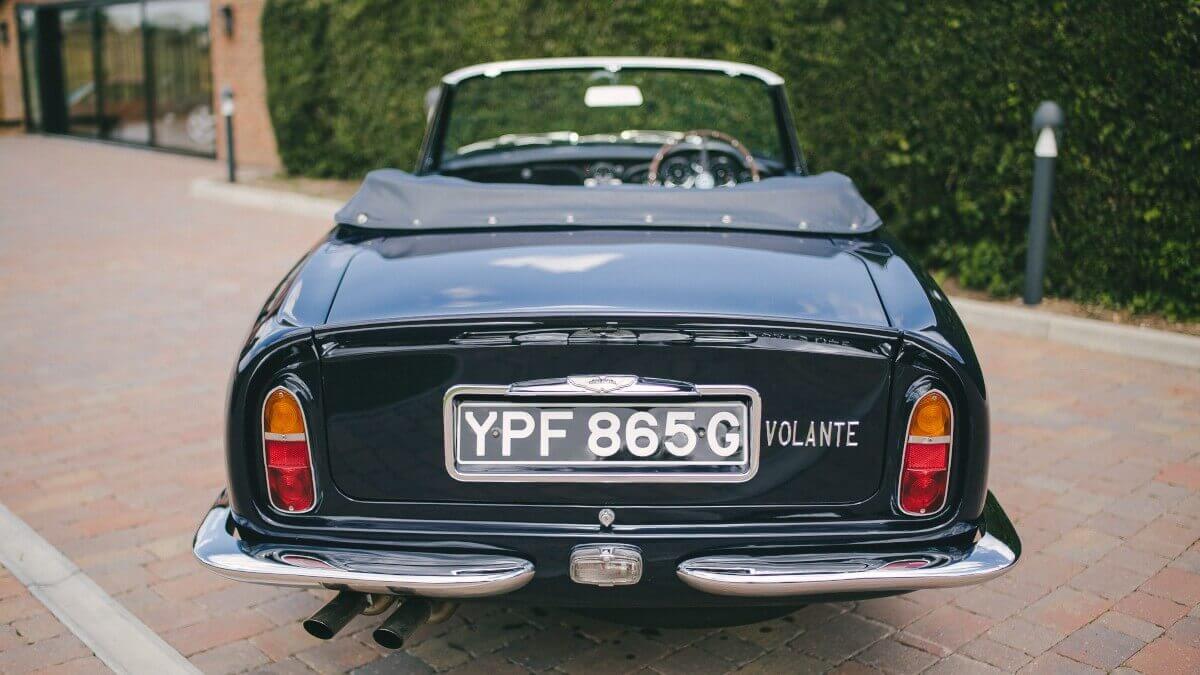 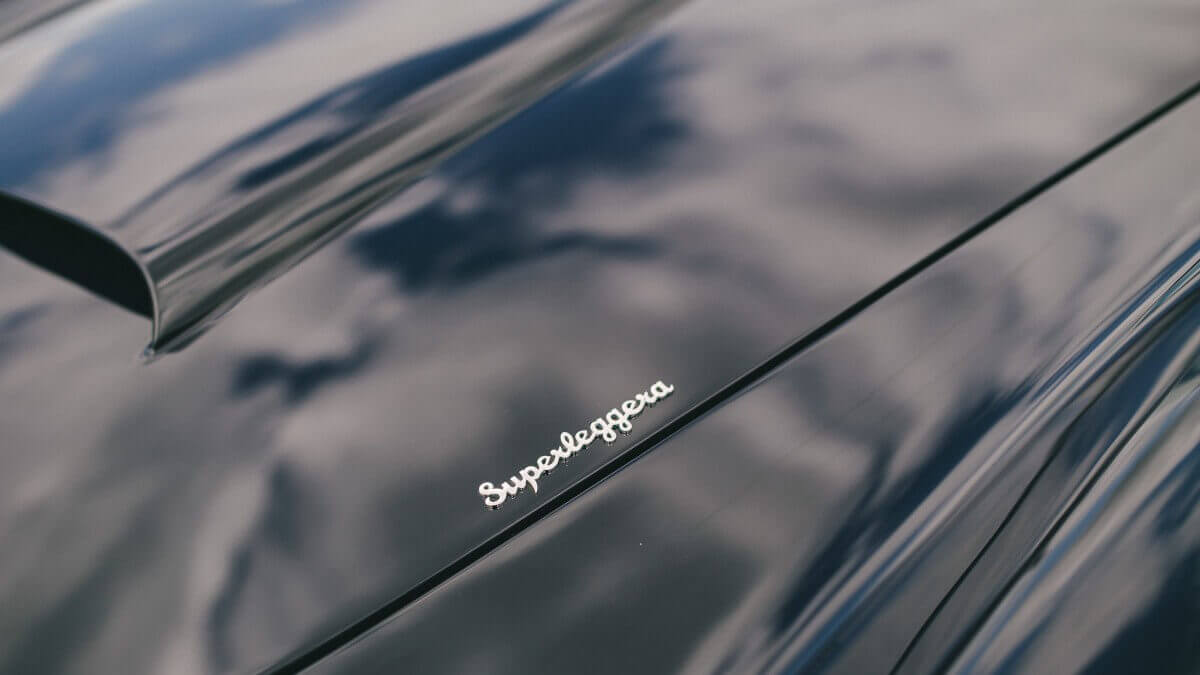 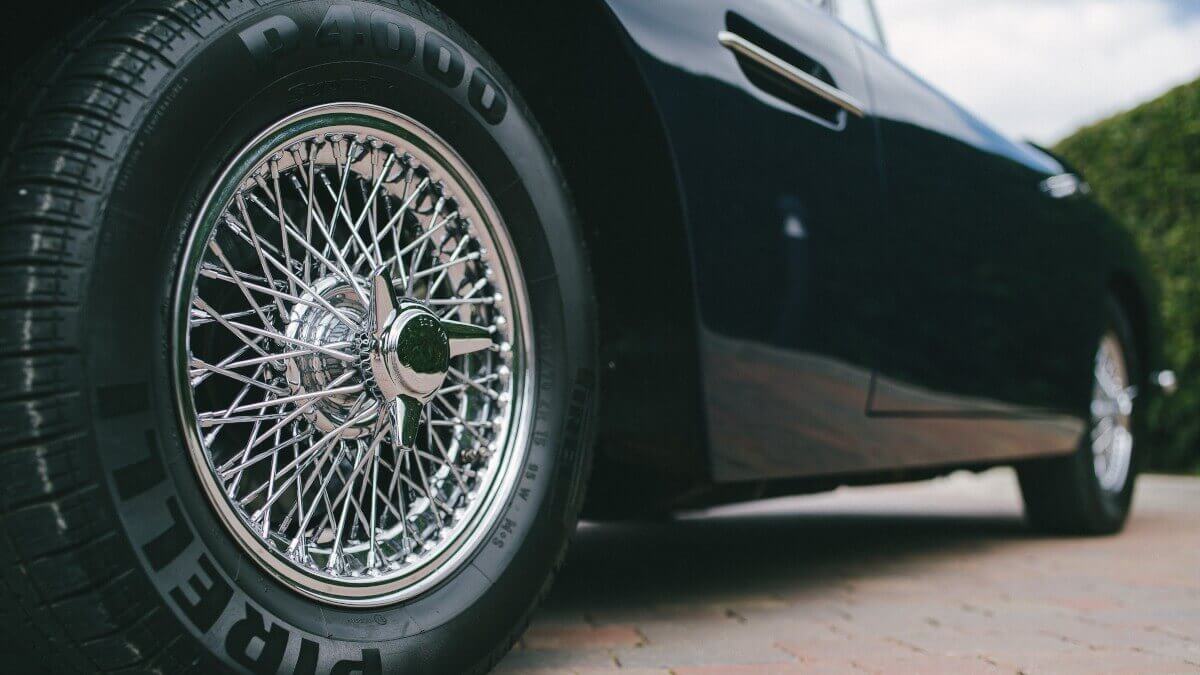 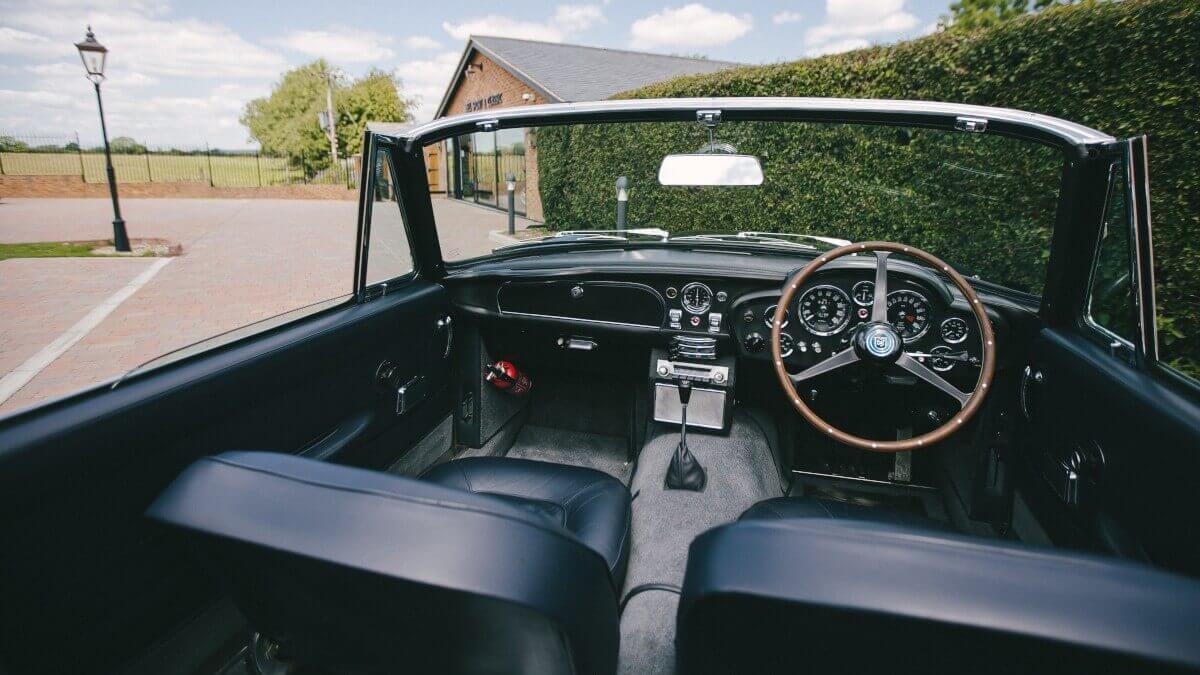 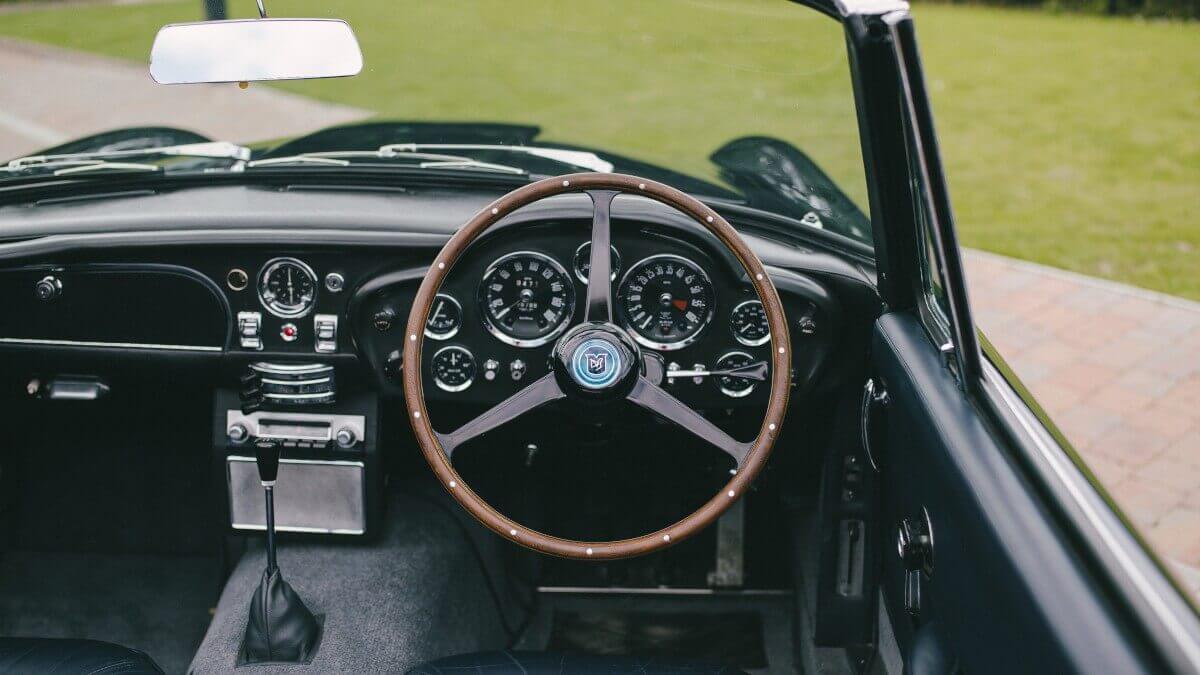 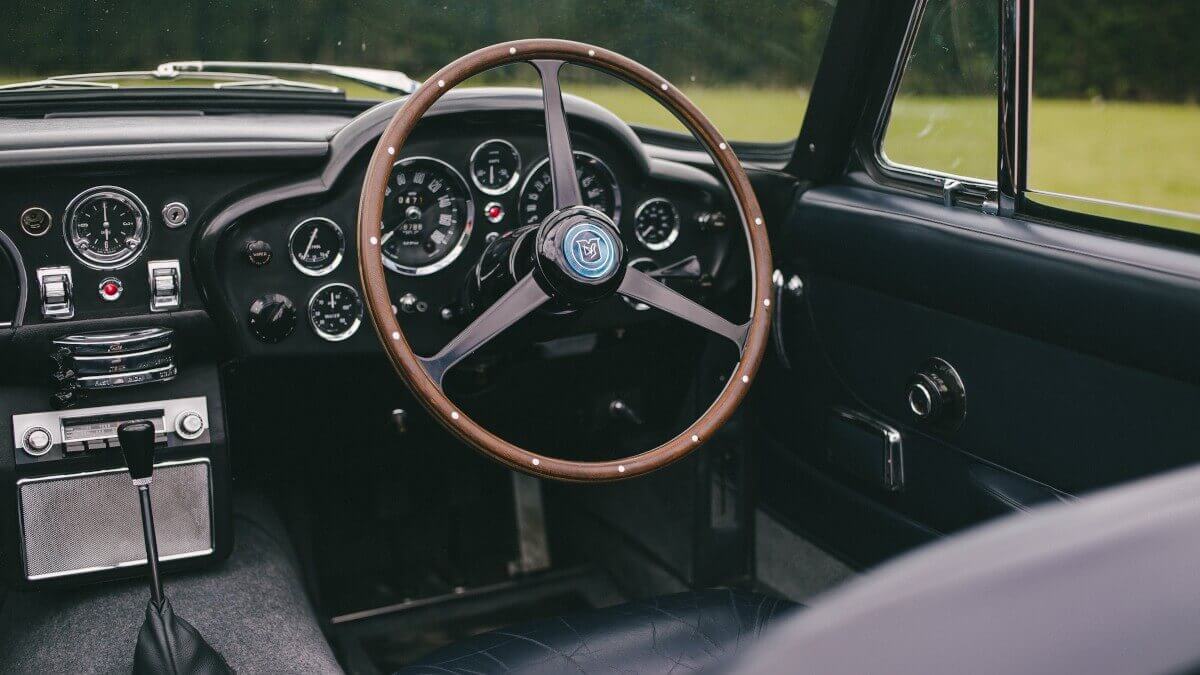 This specimen was delivered by HR Owen to the first owner in September 1968. At that time the car was painted white in combination with dark blue leather in the interior and a color-coordinated fabric top. Other features included a Borg Warner automatic transmission, power steering, chromed spoke rims with three-ear hubcaps, a power-operated aerial and two lap safety belts. Around a handful of owners followed before Timothy Baker purchased the DB6 in 2008 and undertook an extensive restoration. He had it restored by Aston London Service, Marksdanes and Bell Sport & Classic and spent more than £ 100,000.

In the course of this work, he also had the automatic transmission replaced by a manual five-speed gearbox from ZF, which alone appears as a spare part for about £ 10,000 in the invoices. In 2009, the stripped body-in-white was completely repainted in dark blue, combined with new blue leather upholstery, blue carpets and a matching fabric top including tarpaulin. Four years later the mechanics at Bell Sport & Classic replaced the clutch and carried out further work on the transmission. Now this car is for sale including a large number of documents covering its entire history including all previous owners. The dealer will only quote the price to interested parties on request.