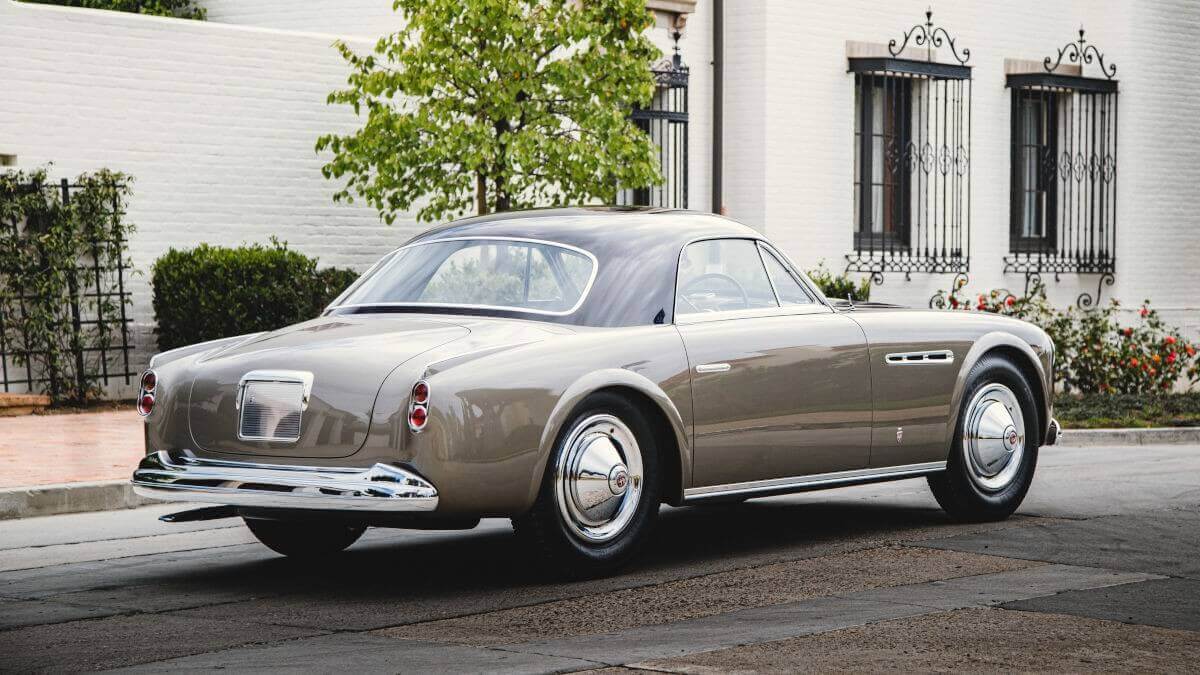 In the 1930s and 40s the Alfa Romeo 6C was one of the most expensive sports cars in the world. It all began with the 6C 1500 racing sports car, of which 1,075 units were built with and without supercharged engines. Two years later, the 6C 1750 variant followed, which made a name for itself in motorsport, especially with Zagato bodywork. Further increases in displacement to 1.9 and 2.5 liters followed in 1933 and 1934, with cylinder heads made of light alloy for the first time and further improvements by the ingenious engine technician Vittorio Jano. In 1937, to 6C 2300s clinched a double class victory at the Mille Miglia and a triple victory at the Targa Abruzzo in Pescara.

In addition to the racing cars, there were always chassis that were delivered to external coachbuilders on customer request, where fabulous sports car bodies were built. Such a vehicle, based on a late 2300B chassis, rolled out of the halls of Graber in Switzerland in 1938. In total Graber built only four 6C convertibles, of which only this one received chassis and engine to Mille Miglia specifications. The first owner was Martin Müller, who at that time was head of the largest wheat mill in Switzerland, the Bruggmühle Goldach. In 2014 an extensive restoration was carried out, which restored the car to its original condition. 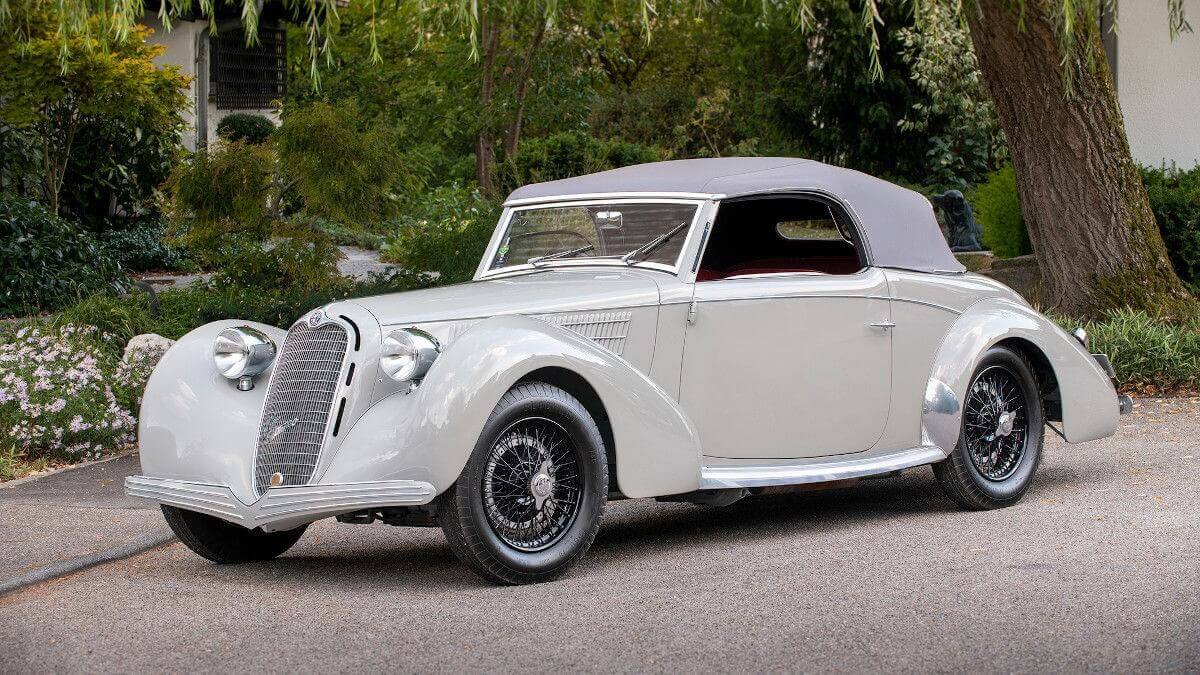 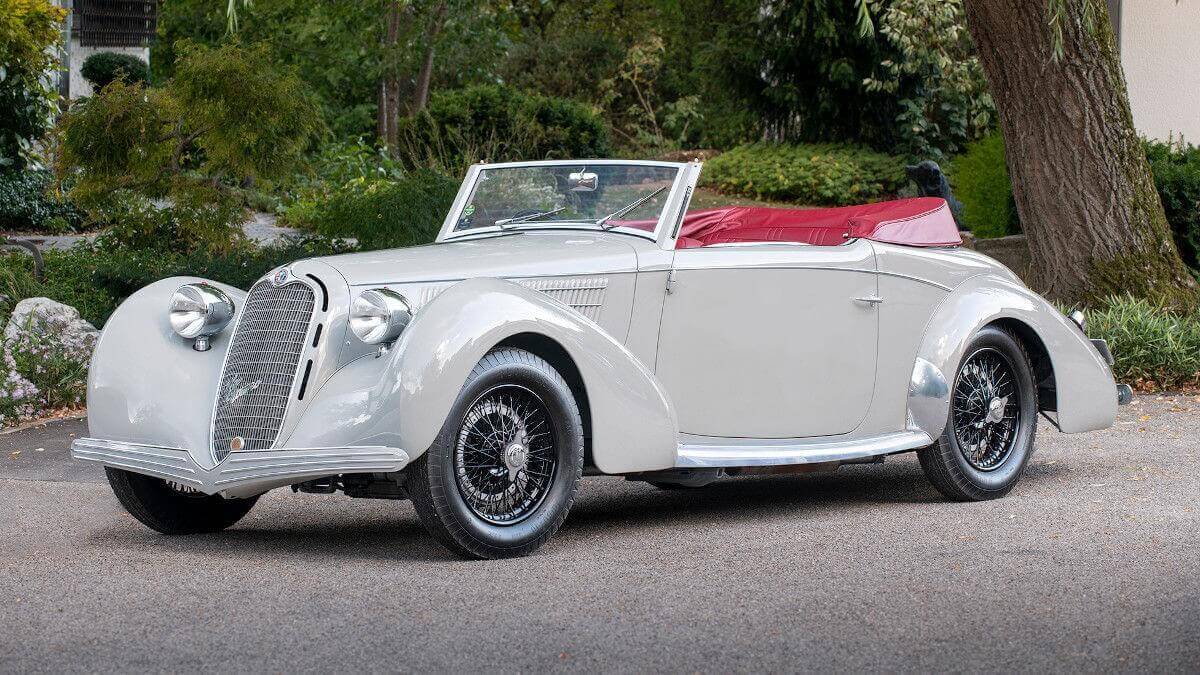 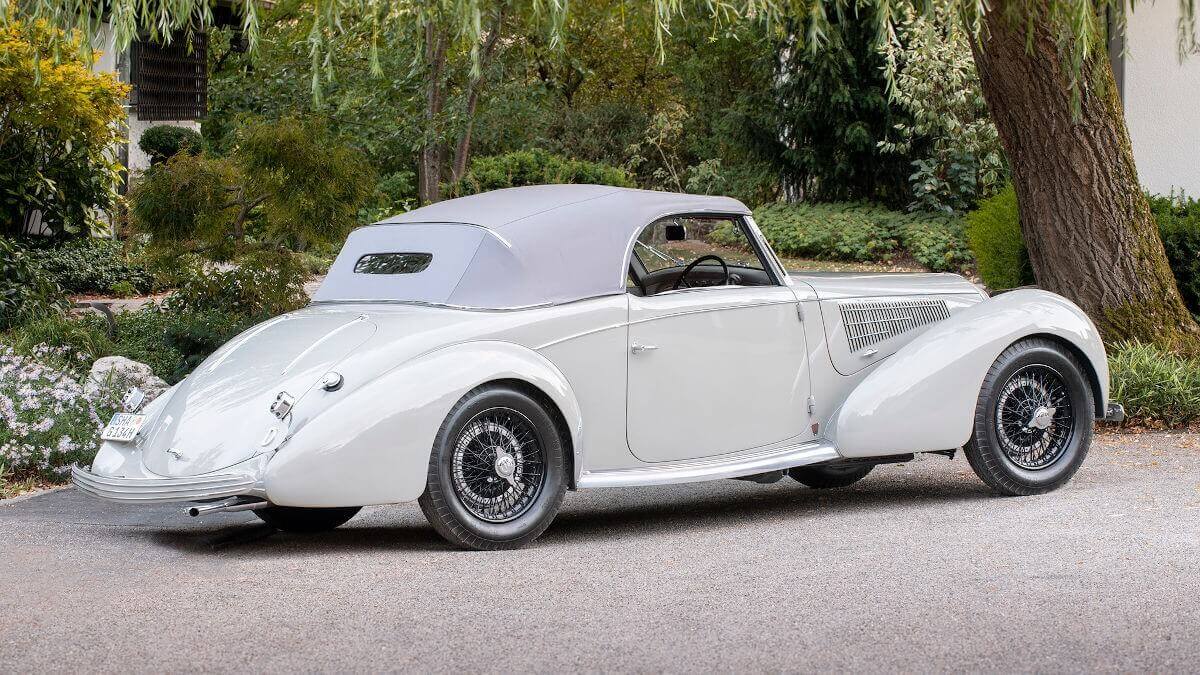 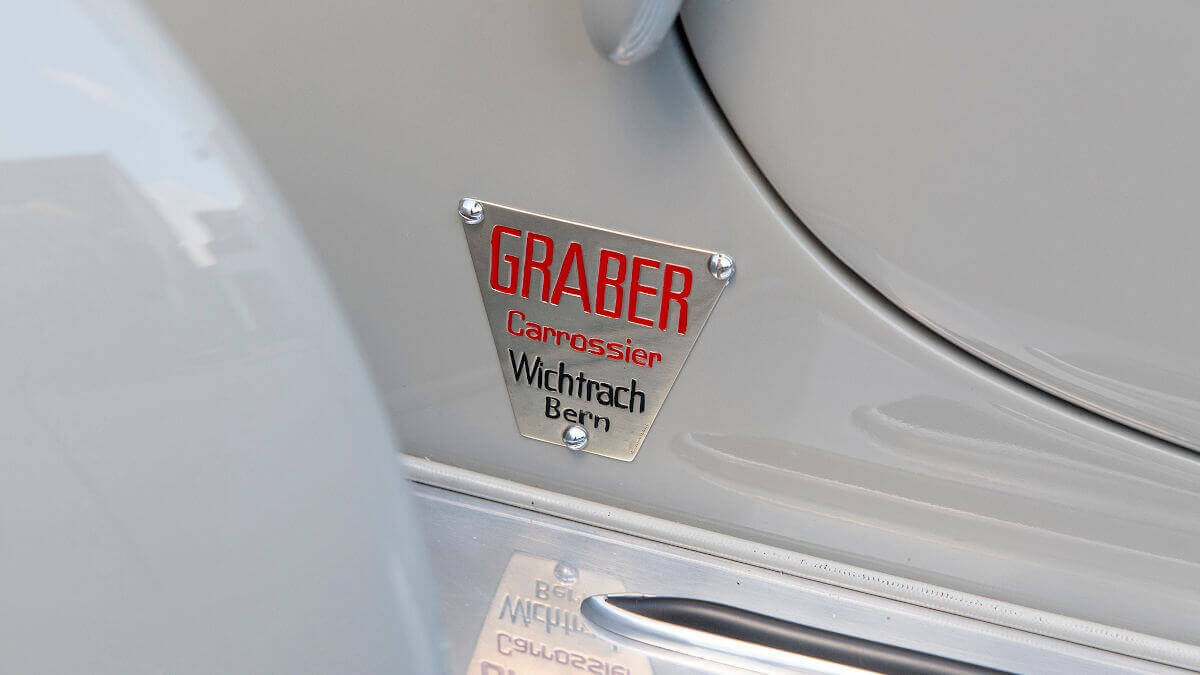 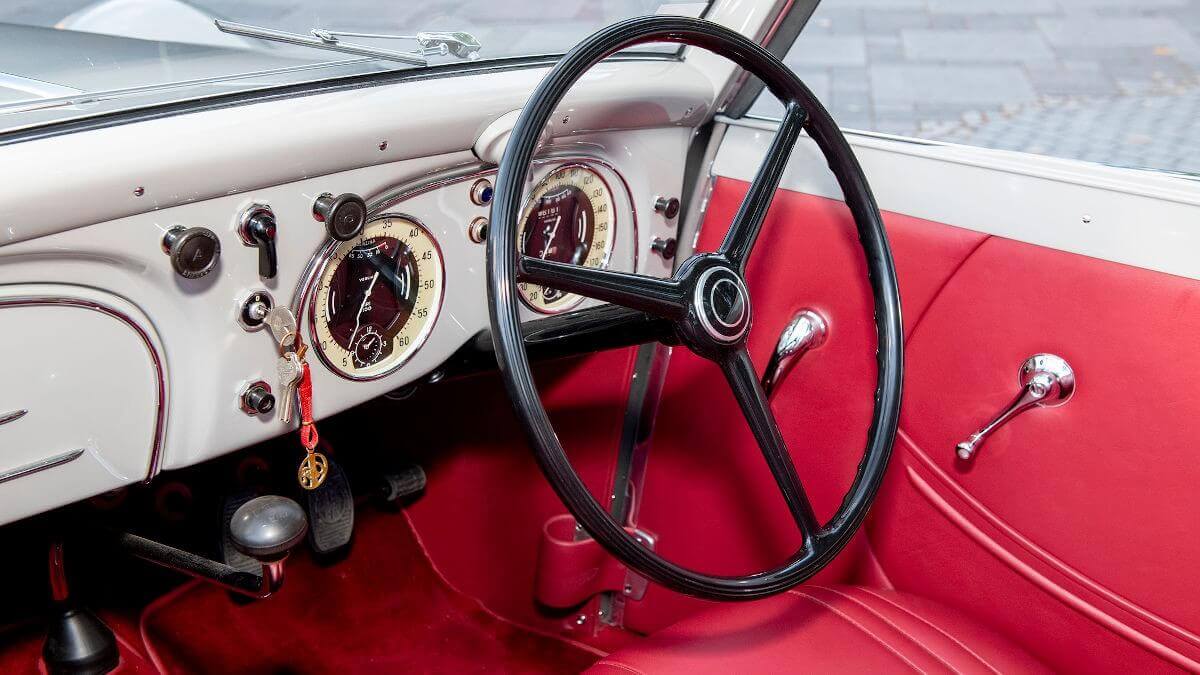 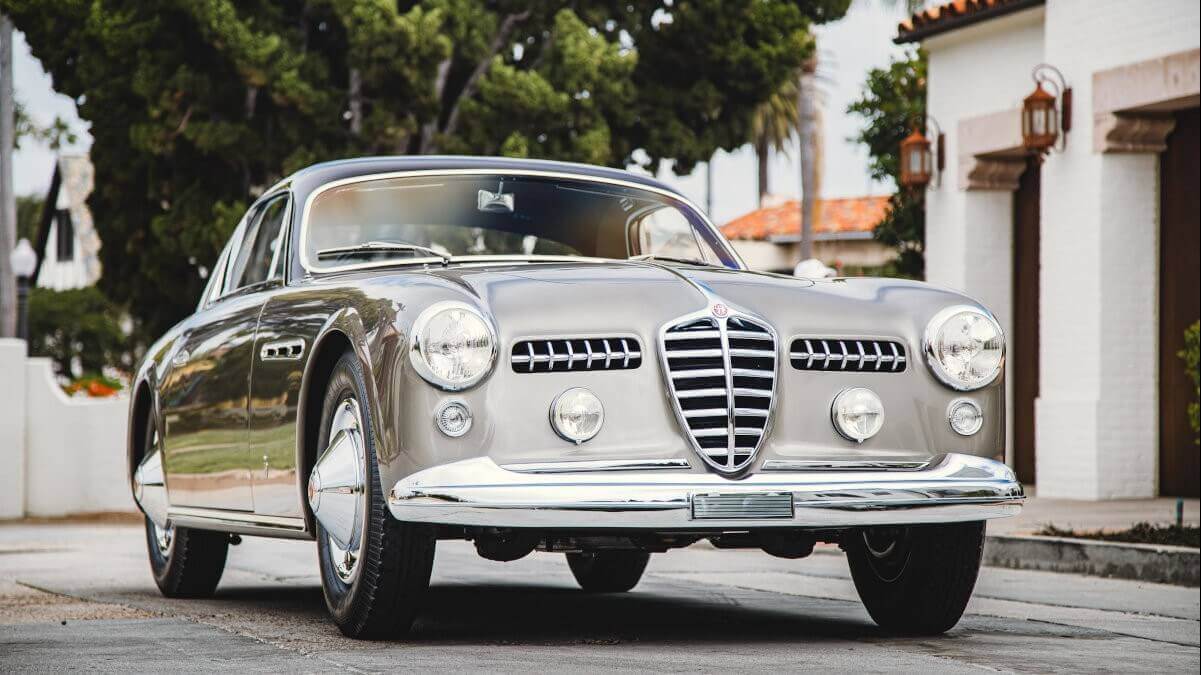 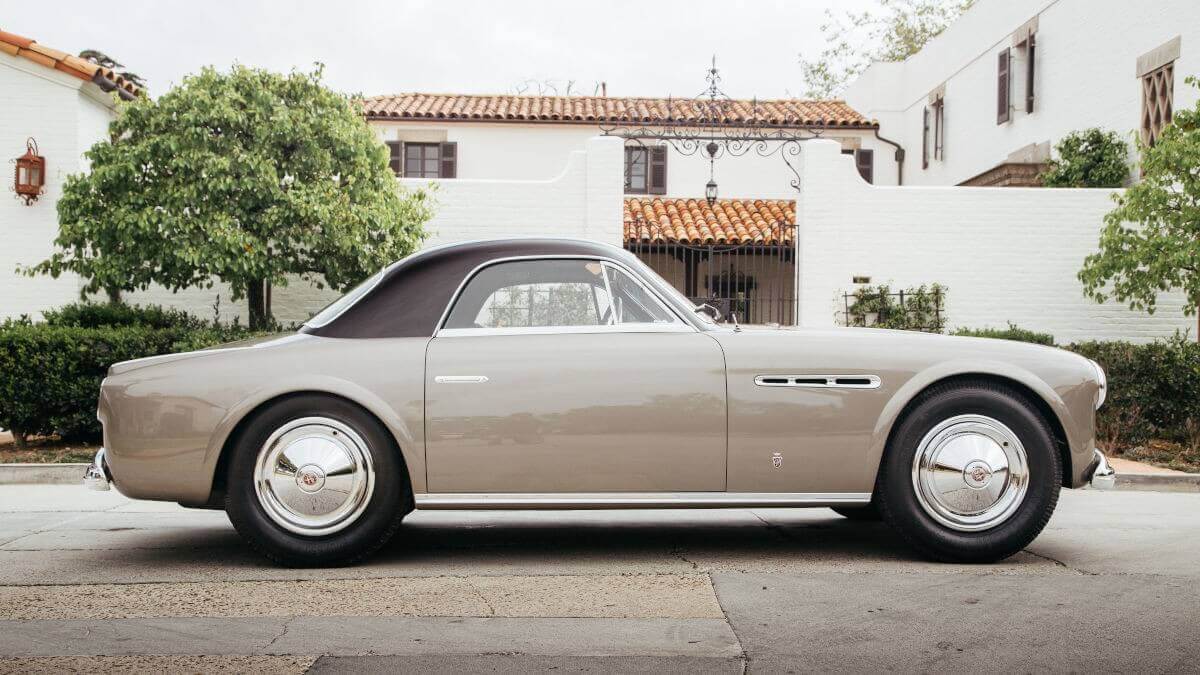 In 1939 Alfa Romeo presented a further development of the 6C for the last time, now as the 2500 with 2.5 liters capacity and 102 hp. After the interruption of the war, production of the 6C 2500 was resumed between 1946 and 1953, increasing the total number of this variant to 1,830 units. Four of them received a ‘Supergioiello’ (super jewel) bodywork from Ghia. Three of them were based on unmodified Alfa Romeo chassis, while the car we are showing in our gallery has been fitted with an additional tubular frame from Gilco. Gilco is a company that also made chassis for Lancia, Maserati and the very first Ferraris. This lightweight chassis from 1950 had many advantages over the steel chassis ex factory. Interestingly, the engine, transmission and chassis components of this car date from 1948, and the supplying dealer was SIRCA in Milan, which at that time had a Ghia agency. In 1959 the car moved to Great Britain and then, after a few years, found its way to the USA in 2016 via Austria and the Netherlands. There a two and a half year nut and bolt restoration took place, during which, among other things, the traces of a previous restoration were removed. The car now presents itself again in its delivery condition.

Both Alfa Romeo 6Cs from our picture gallery, the 2300B with Graber convertibly body and the 2500 Ghia Supergioiello, are to be shown at the Concours of Elegance at Hampton Court Palace. However, cautious optimism must be exercised at this point, as no one can yet foresee whether the Corona pandemic will be over by the planned date of September 4 to 6, which means that major events can once again take place in Great Britain.