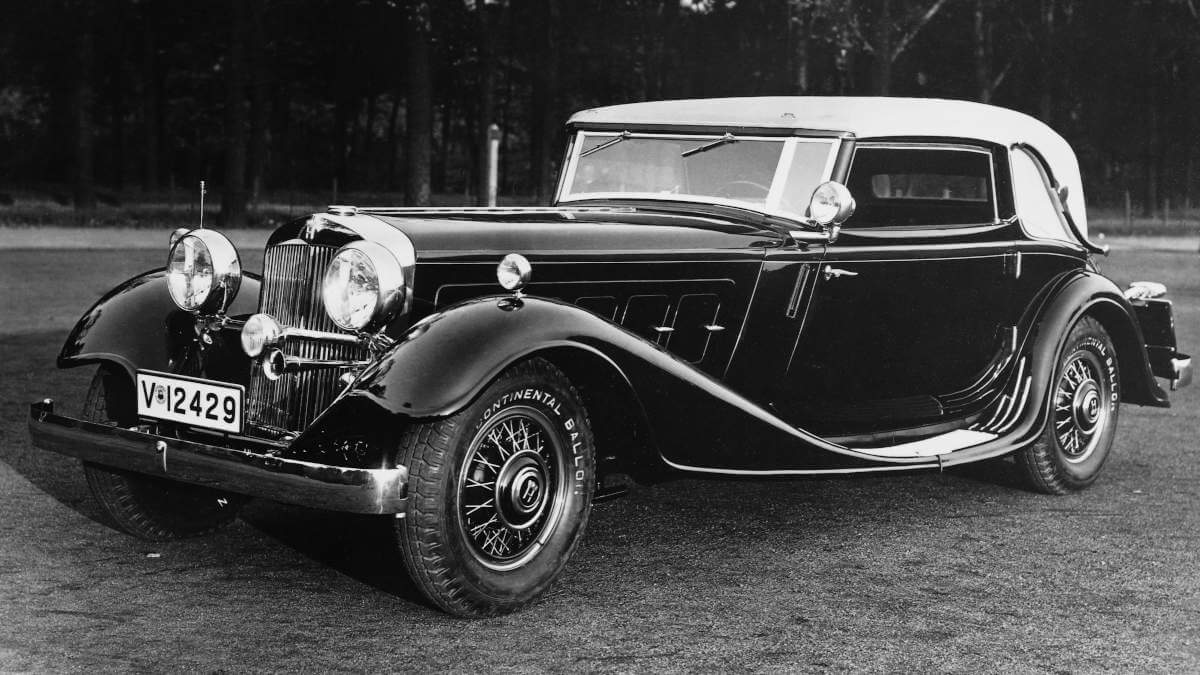 Recently, the question went around the internet whether there had been a car with a twelve-cylinder engine and manual transmission. The only example mentioned was the BMW 850 CSi. However, sports cars like the Pagani Zonda were excluded from the question. It was raised by German YouTuber and car tuner Jean Pierre Kraemer, known to many as JP Performance. We would like to answer at this point and say: clearly yes! However, it is understandable that the car in question is hardly known today. The world premiere at the Paris Motor Show was 90 years ago. With only 81 examples produced, its distribution was also very limited. As we have already revealed in our headline, we are talking about the Horch 12, which was available in as Type 600 and Type 670. Horch took the step from straight eight-cylinder engines up to twelve cylinders in order to remain the European market leader in the luxury car segment. Maybach had presented the DS8 Zeppelin model with a V12 engine in 1930.

Under the direction of Fritz Fiedler, a six-liter V12 engine with 120 hp was developed, whose twelve cylinders were set apart at a 66-degree angle. The crankshaft was mounted on seven bearings and the camshaft, which was centrally located between the cylinder banks, was driven by an automatically tensioned chain. Rocker levers opened and closed the horizontally arranged valves with hydraulic valve clearance compensation. For better lubrication during cold starts, additional engine oil could be forced into the cylinders from the cockpit via a separate line system. A special feature was the partially synchronized four-speed transmission with a shift lever on the center tunnel. Many cars at the time still had this lever either on the outside of the body or as a long rod under the dashboard. In addition, competitors such as Maybach and Mercedes-Benz had already begun automating their transmissions to relieve the driver of shifting gears. Interestingly, Cadillac in the USA retained a manual three-speed transmission even for the V-16 with 16 cylinders. 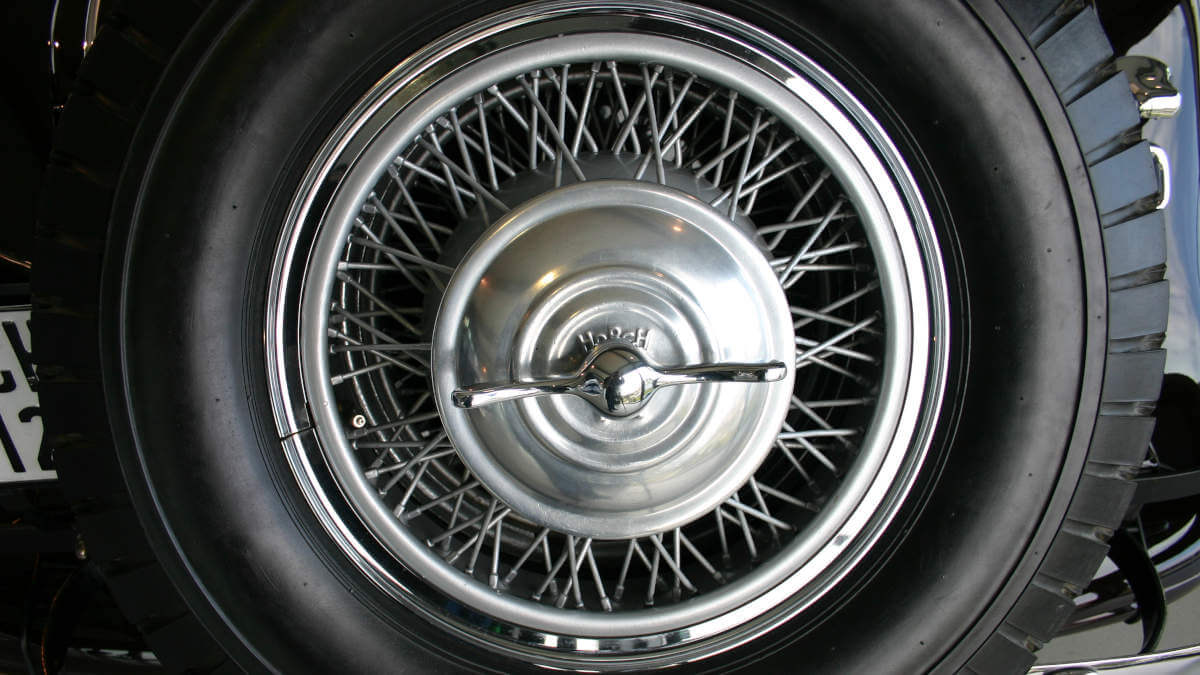 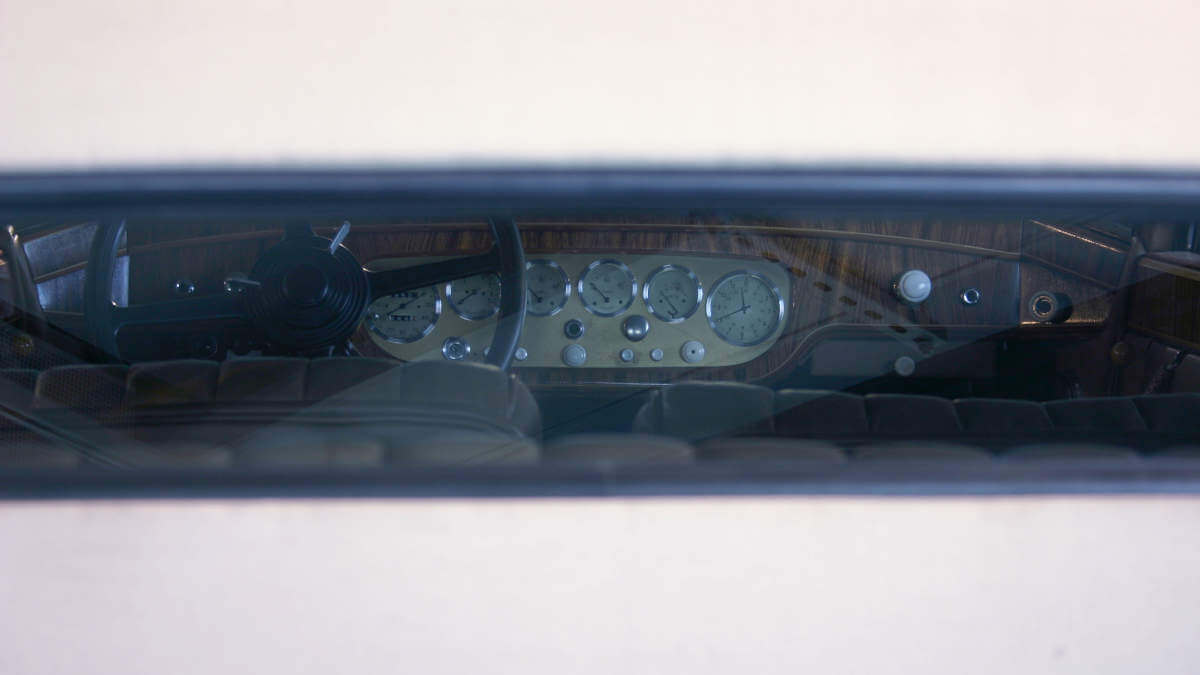 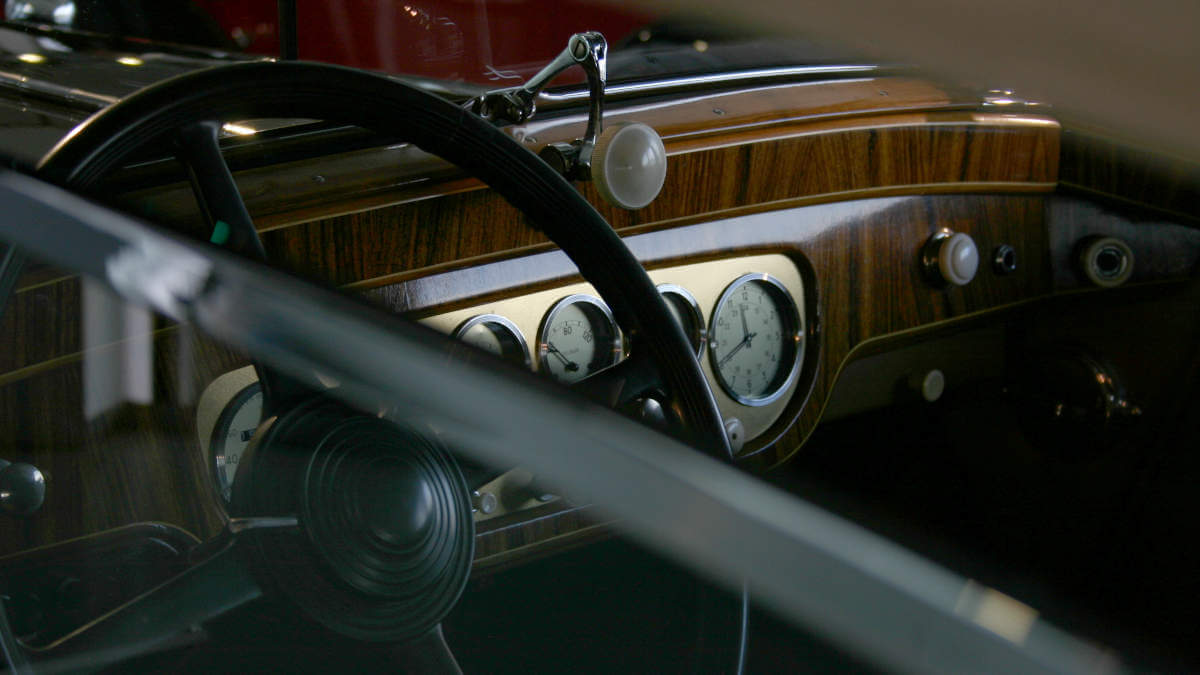 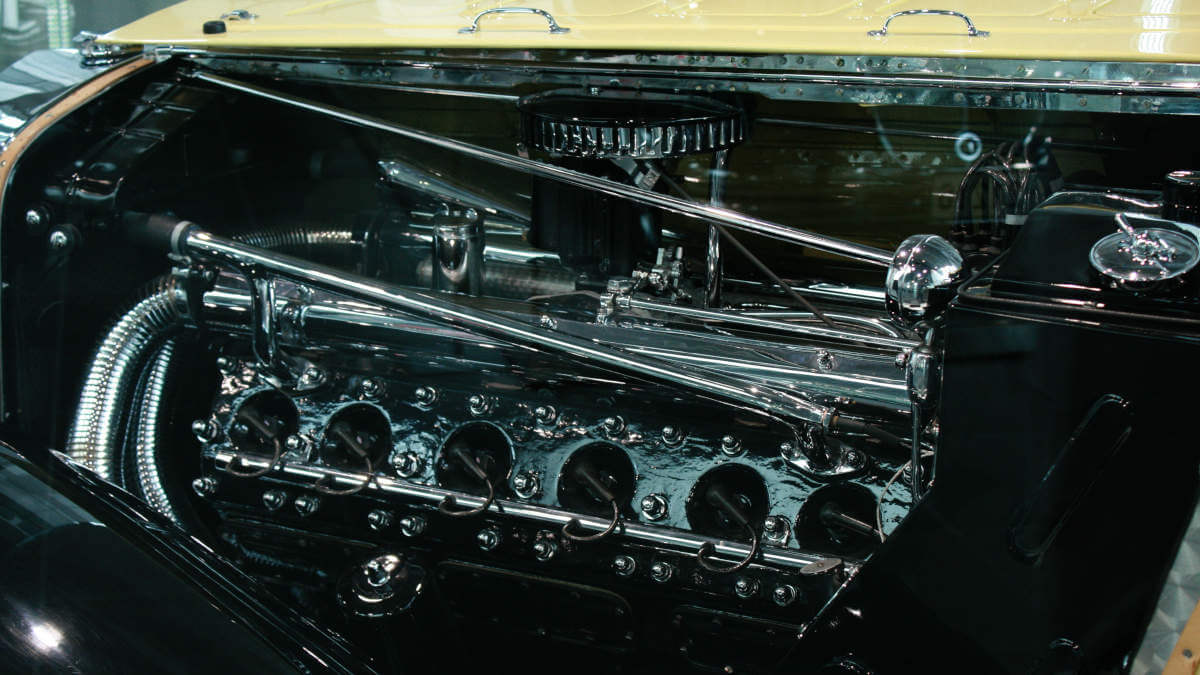 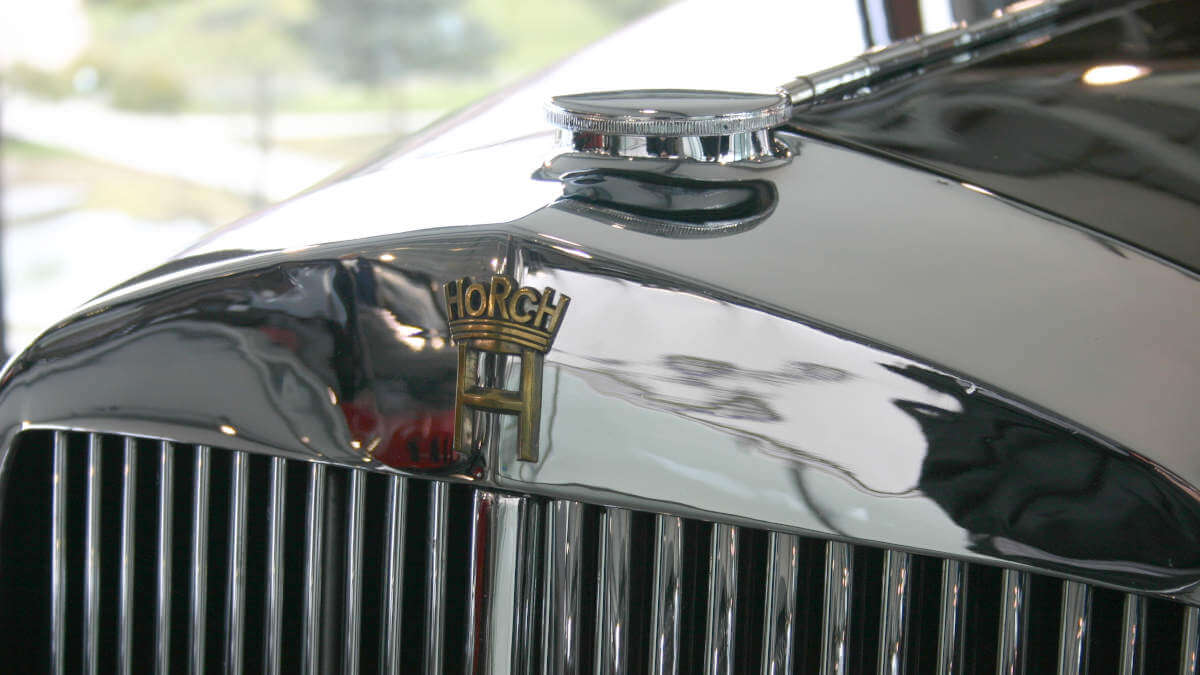 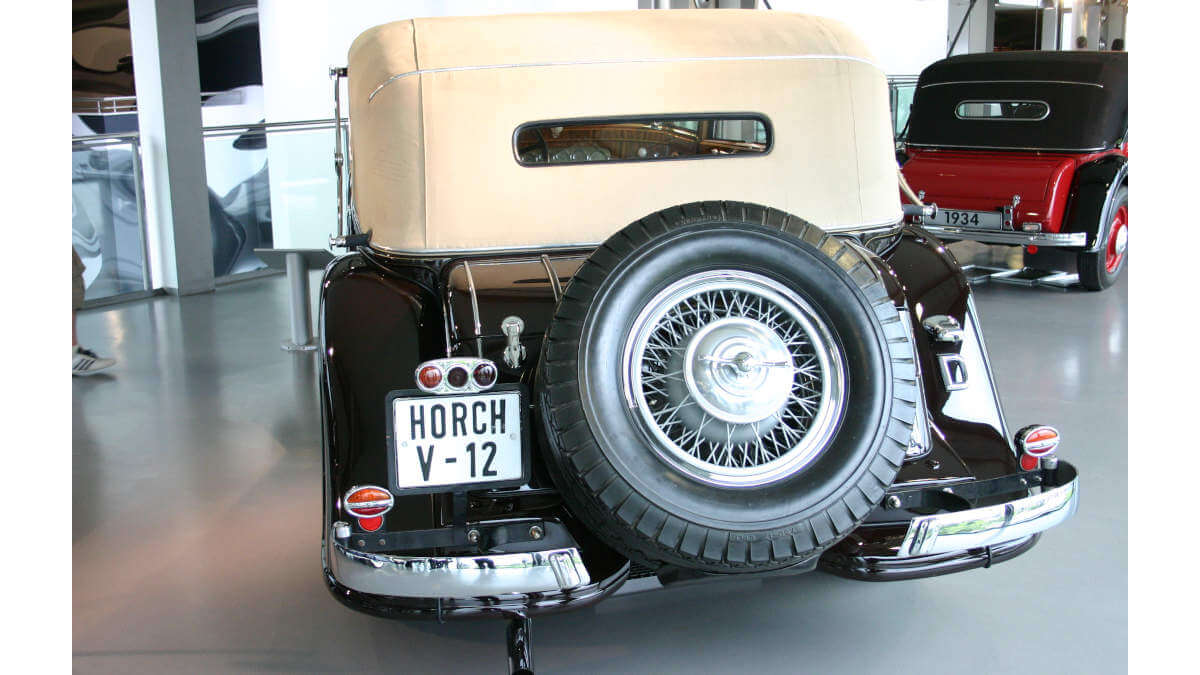 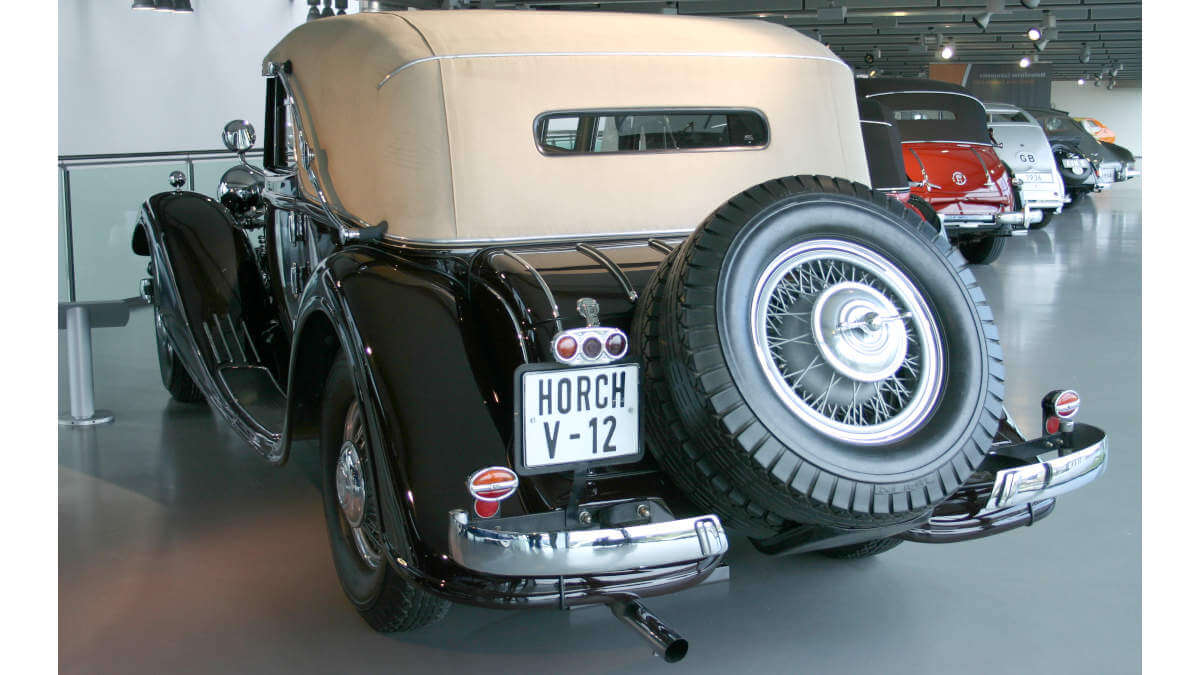 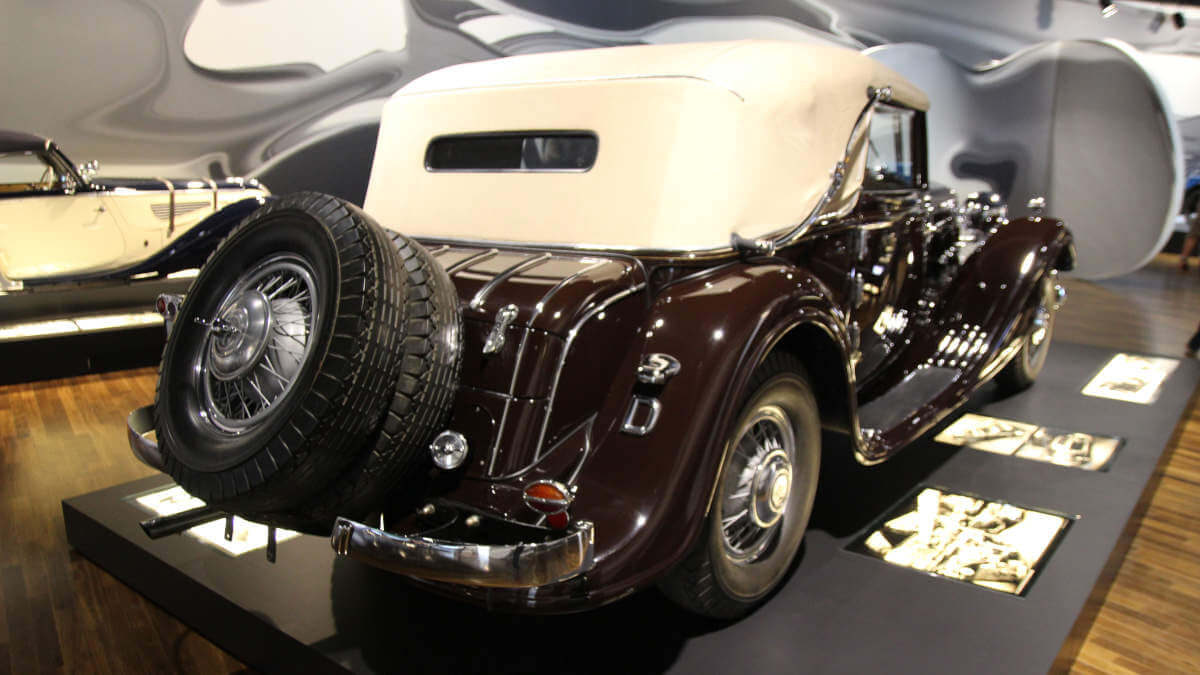 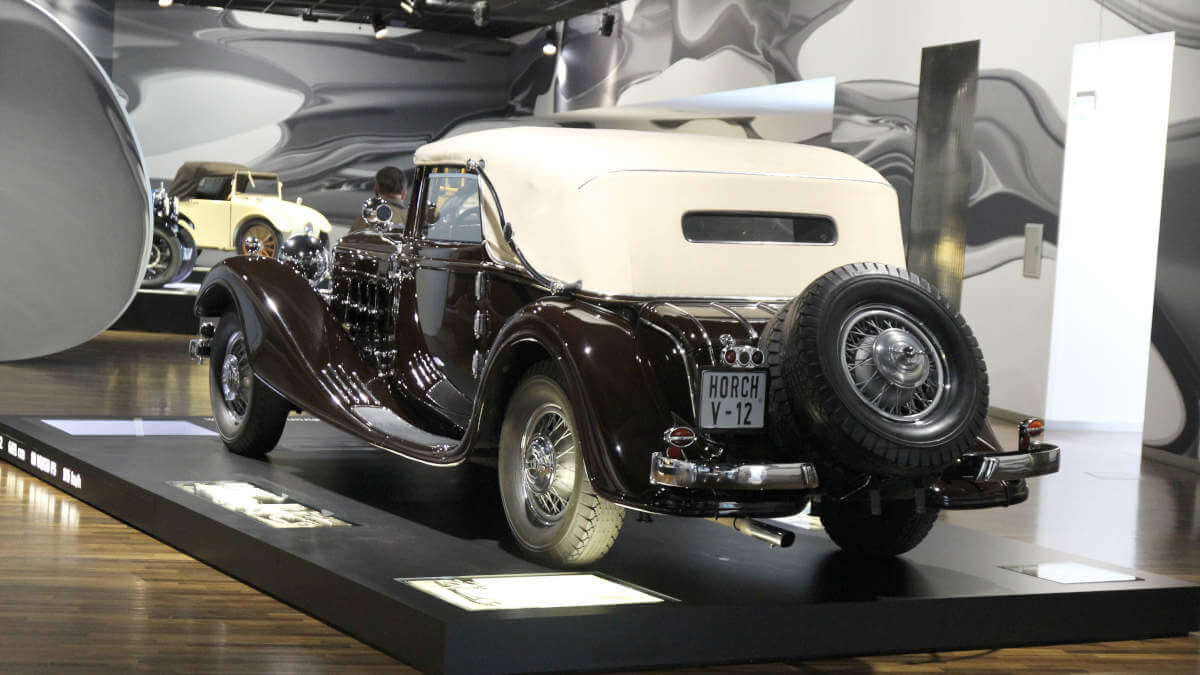 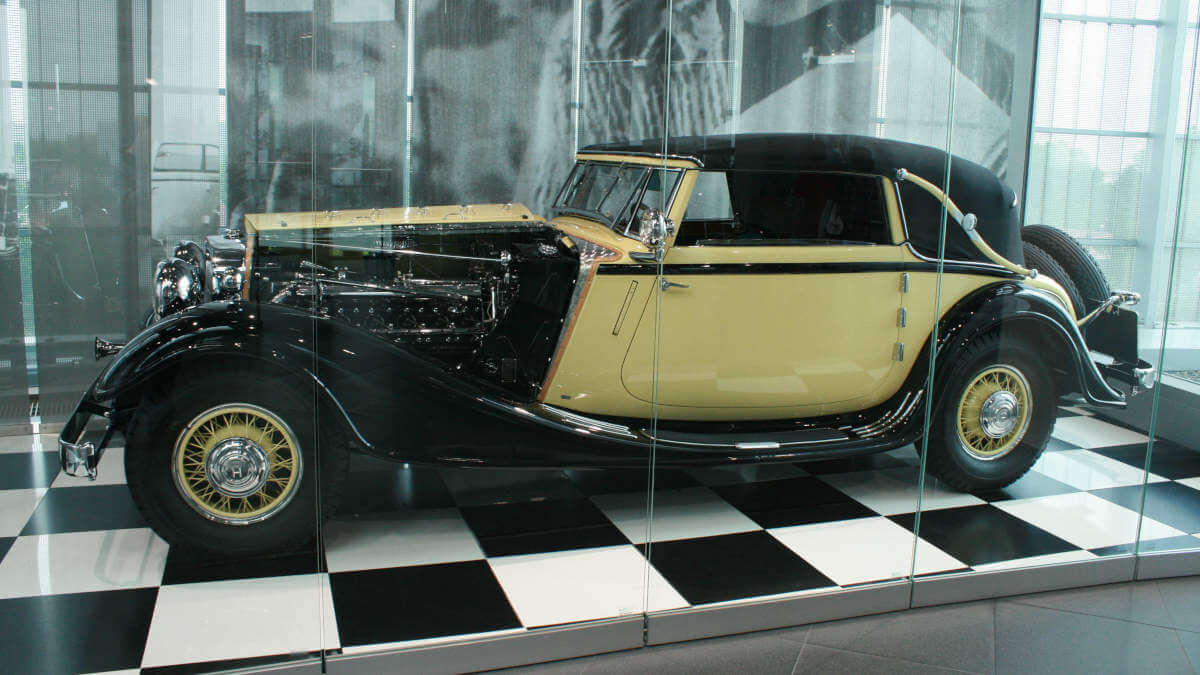 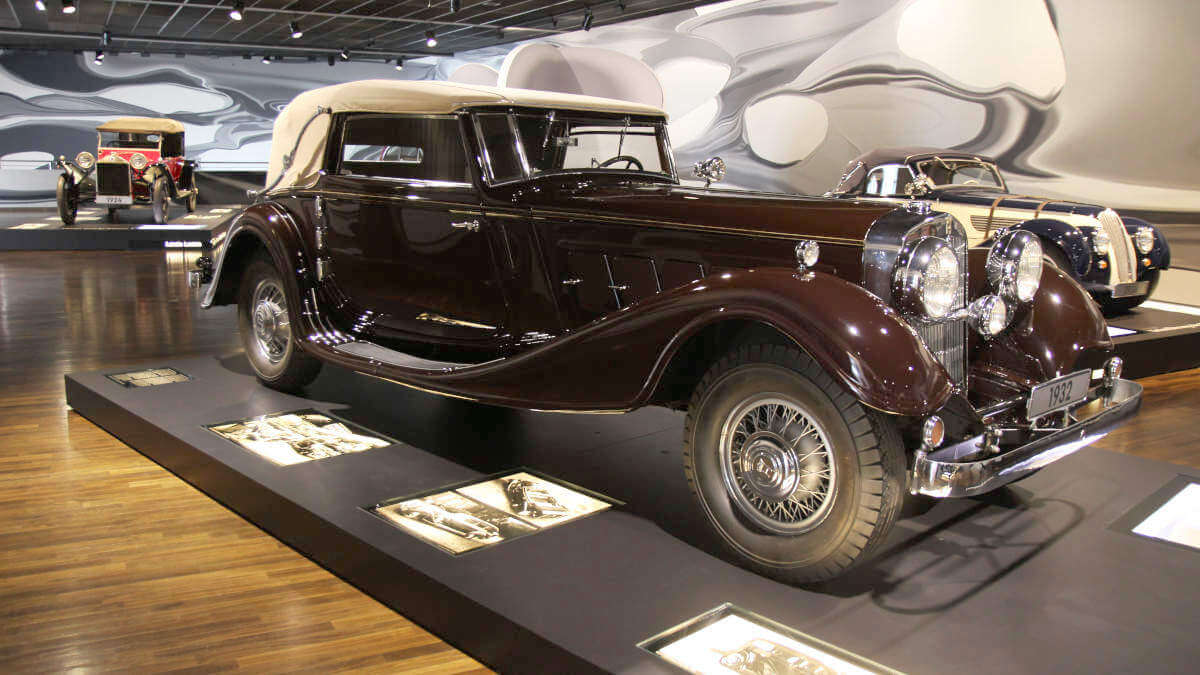 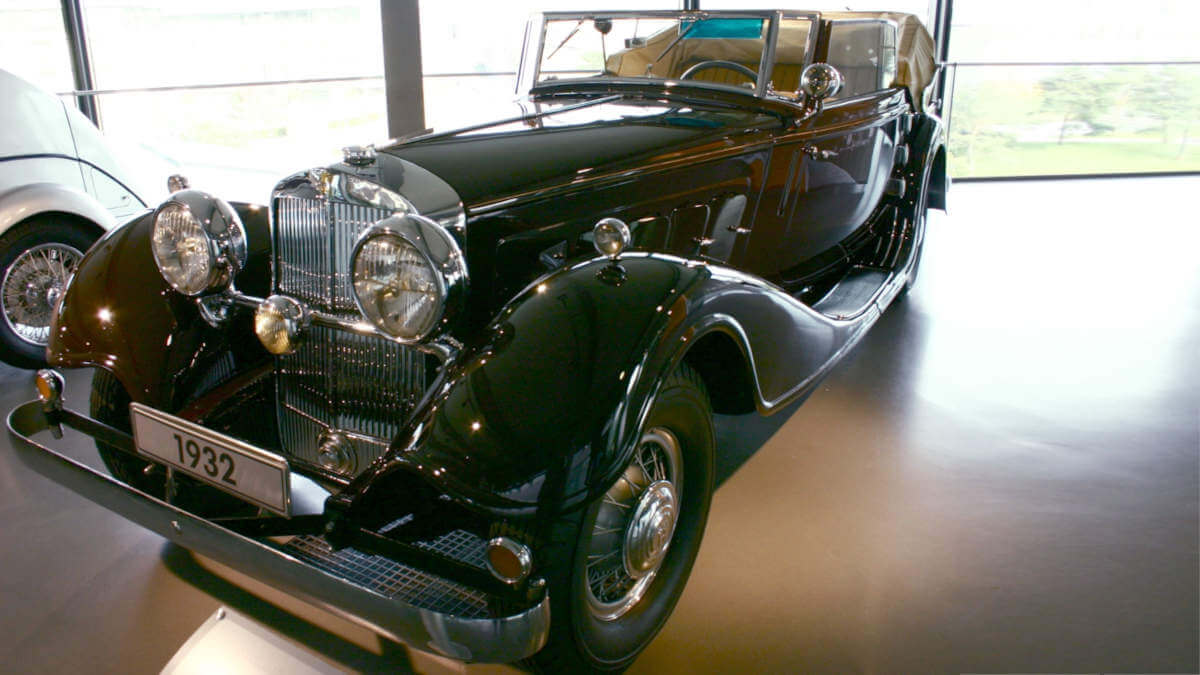 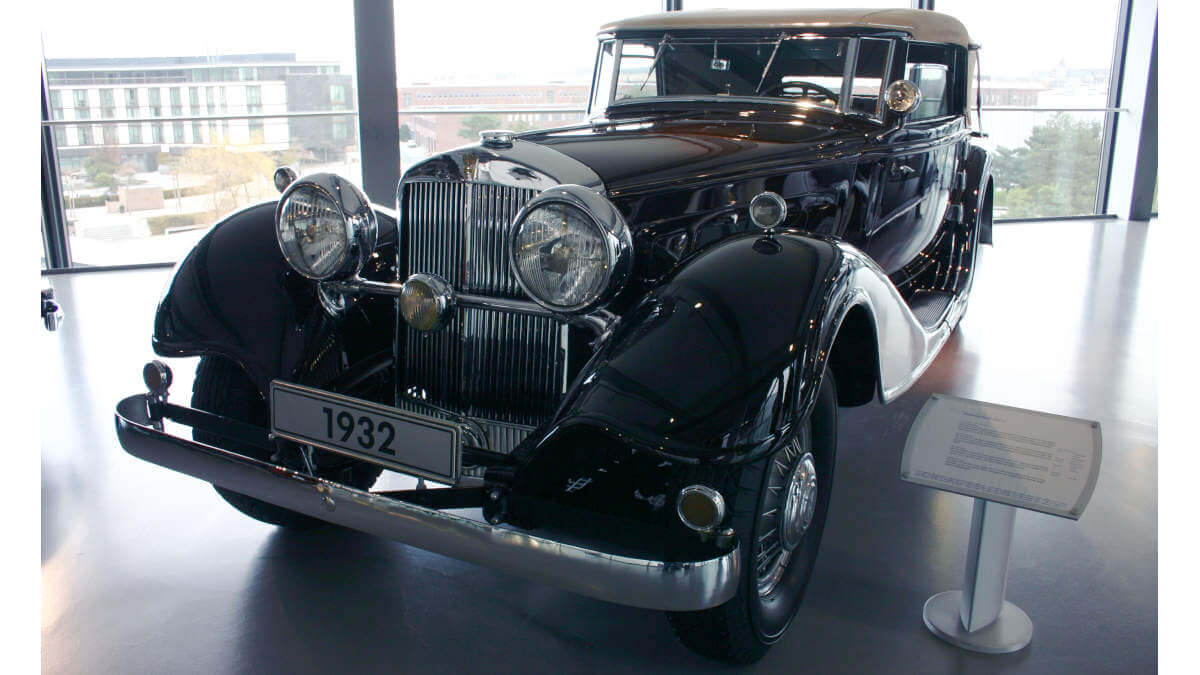 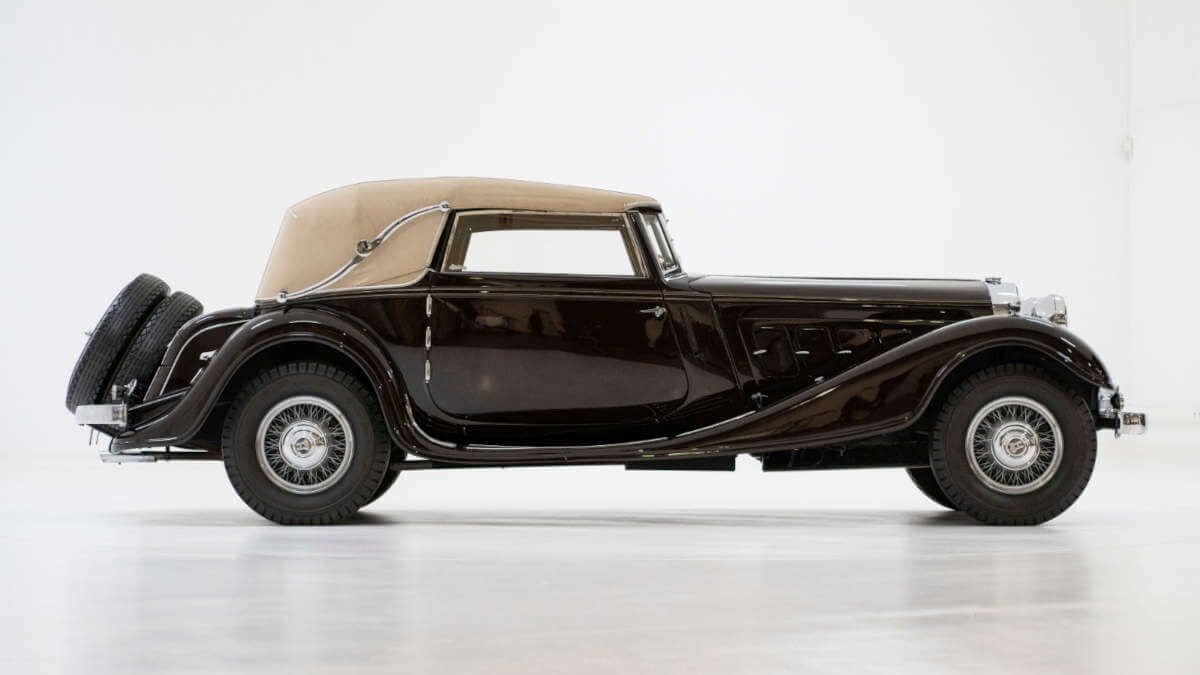 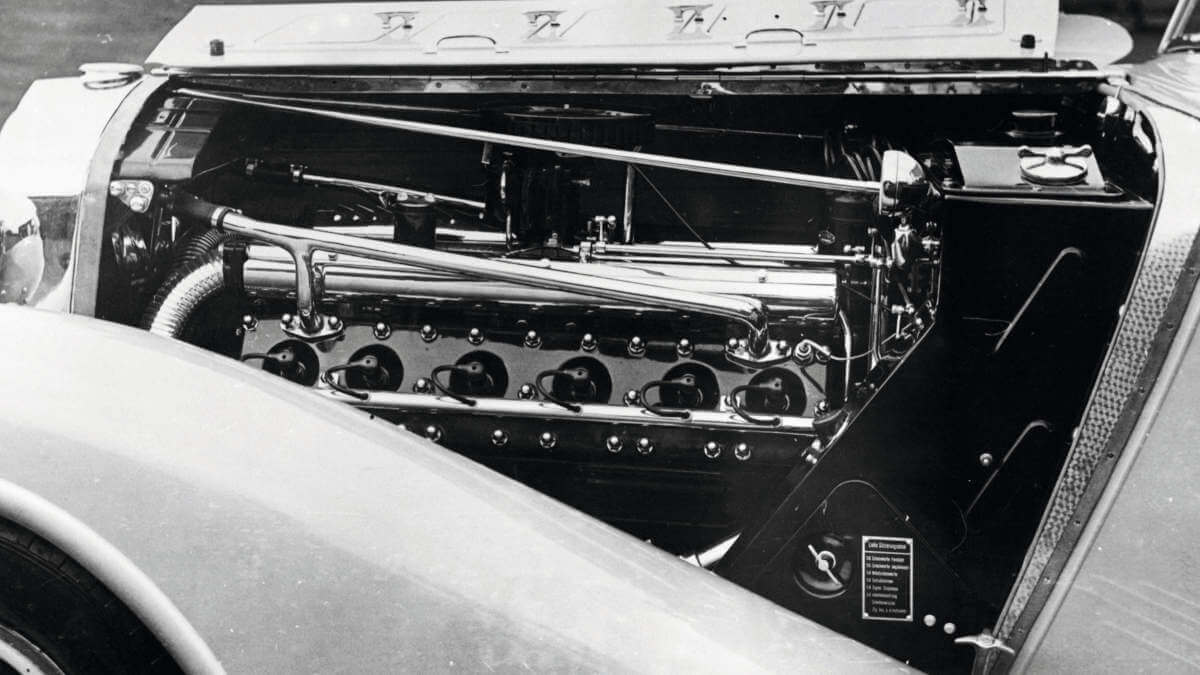 Horch was cheaper than Maybach and Mercedes

In Paris in the fall of 1931, only the Horch 670 made its debut as a prestigious four-seater convertible. Thanks to a wheelbase of 3.45 meters, the car offered more than enough space inside. In the following year, Horch also offered the Type 600 as a closed sedan or Pullman-Cabriolet, each with a wheelbase of 3.75 meters. Visually, both model series strongly resembled the smaller eight-cylinder models. A unique selling point was the three-part windshield. This was necessary because curved glass was expensive and time-consuming to manufacture at the time. Hermann Ahrens was responsible for the elegantly curved fenders and the rest of the body. He left Horch in 1932 to join Mercedes-Benz, where he designed the 500 K and 540 K. Interestingly, the Horch 12 was significantly cheaper compared to the Maybach DS8 and also the Mercedes-Benz 770, although it offered the same luxury and comfort.

For example, the analog instruments set in brass were installed in a real wood dashboard. There was a hydraulic jacking system under the car ex works to make it easier to change wheels. Since the roads of the time were in far worse condition than today, the Horch came with two spare wheels. These sat on the outside of the trunk and could be folded down to open the same. Due to the aftermath of the Great Depression, relatively few buyers bought a Horch 12. 28 Type 600s were built by 1933, and production of the Type 670 ended a year later after no less than 53 units. Today, only four cars are known to exist worldwide. While one is parked in the Cité de l’Automobile in Mulhouse, another is in the Audi Museum and one in the ZeitHaus of the AutoStadt in Wolfsburg. You can see the latter two in our picture gallery.