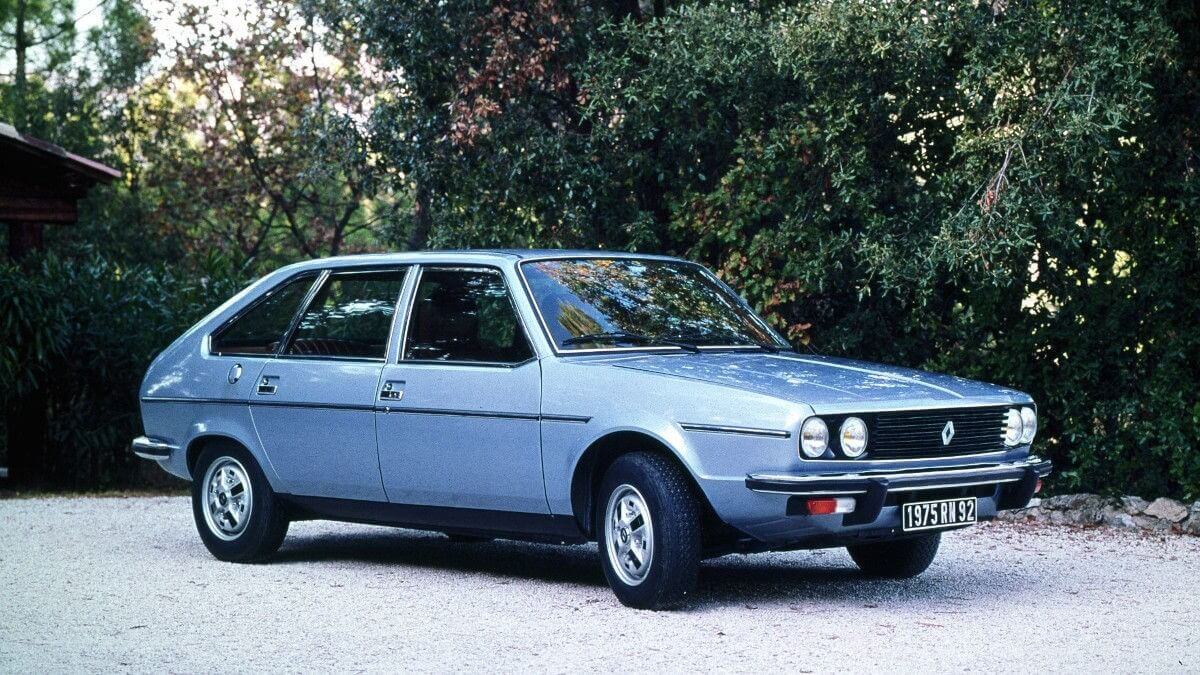 Since the end of production of the Frégate in 1960, Renault no longer offered a model series above the middle class. This only changed 15 years later, when a new large hatchback made its debut at the Geneva Motor Show. The R30 was the first self-developed six-cylinder model of the French manufacturer after World War 2, whereby the cylinders were arranged in V formation for the very first time. Production in Sandouville/France had already begun one month before the premiere, so that the first models rolled off to the dealers directly after the motor show. In the official documents, the company advertised the R30 with the words: “A car for busy managers and entrepreneurs”. The visual design was clearly oriented towards the Renault 16, which was regarded as the indirect predecessor and was already in production for ten years at that time. Due to the large tailgate including the rear window, the luggage compartment could be loaded particularly easily. In addition, the rear seat could be moved lengthwise and folded down, increasing the boot to up to 1,550 liters.

In the autumn of 1975 Renault added the visually identical four-cylinder R20. The main distinguishing feature was the headlights. While the R30 was fitted with round twin headlamps, the R20 had rectangular wide-band light units. Only for the Swedish market the lights of the R30 had to be used at the R20 as well, as by law the headlights had to have wipers over there. To underline the higher positioning of the R30, this model also received more chrome trim and better equipment. From the rear and side view, the R20 and R30 anticipated the design of the Audi 100 Avant presented in 1977. Like the latter, they combined the hatchback with triangular-shaped side windows behind the doors and horizontally arranged tail lights. Originally, the R30 was to have been added to the range in the late 1960s as a V8 upper class model under the internal development code P127. However, development work was repeatedly delayed. Ultimately, the worldwide fuel crisis in 1973 put an end to these efforts and led to the development of a V6 from the almost production-ready V8 engine together with Peugeot and Volvo. This power unit (PRV engine), bearing the initials of the three manufacturers involved, was used in various vehicles until 1998. 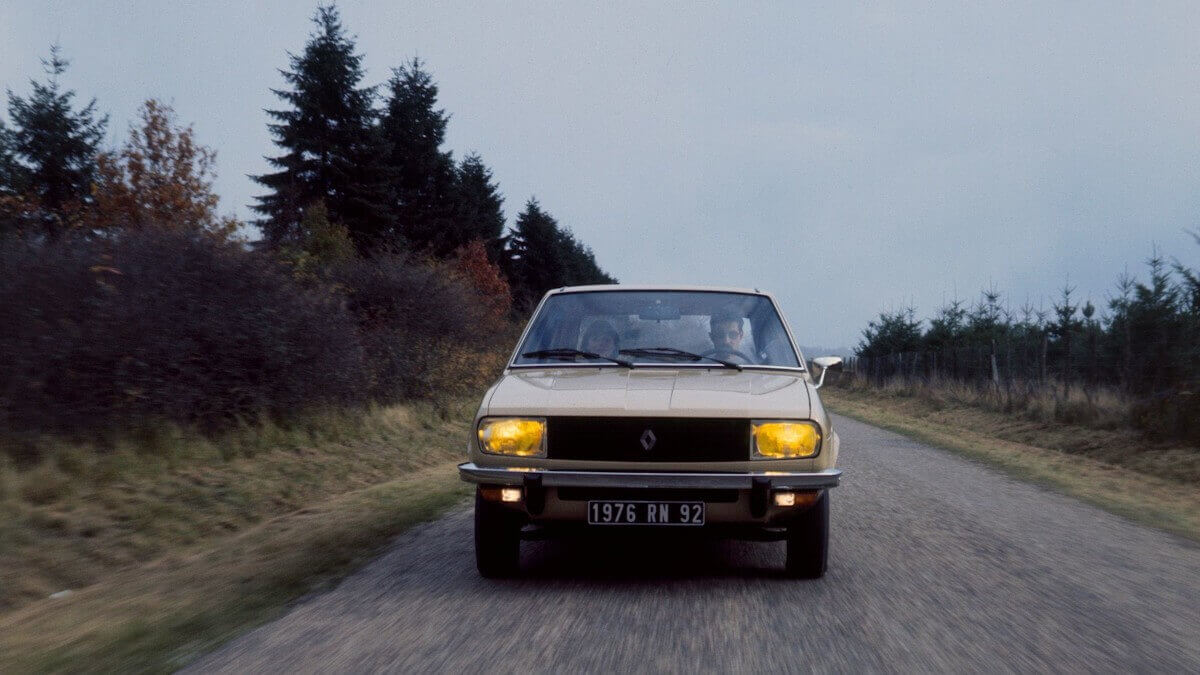 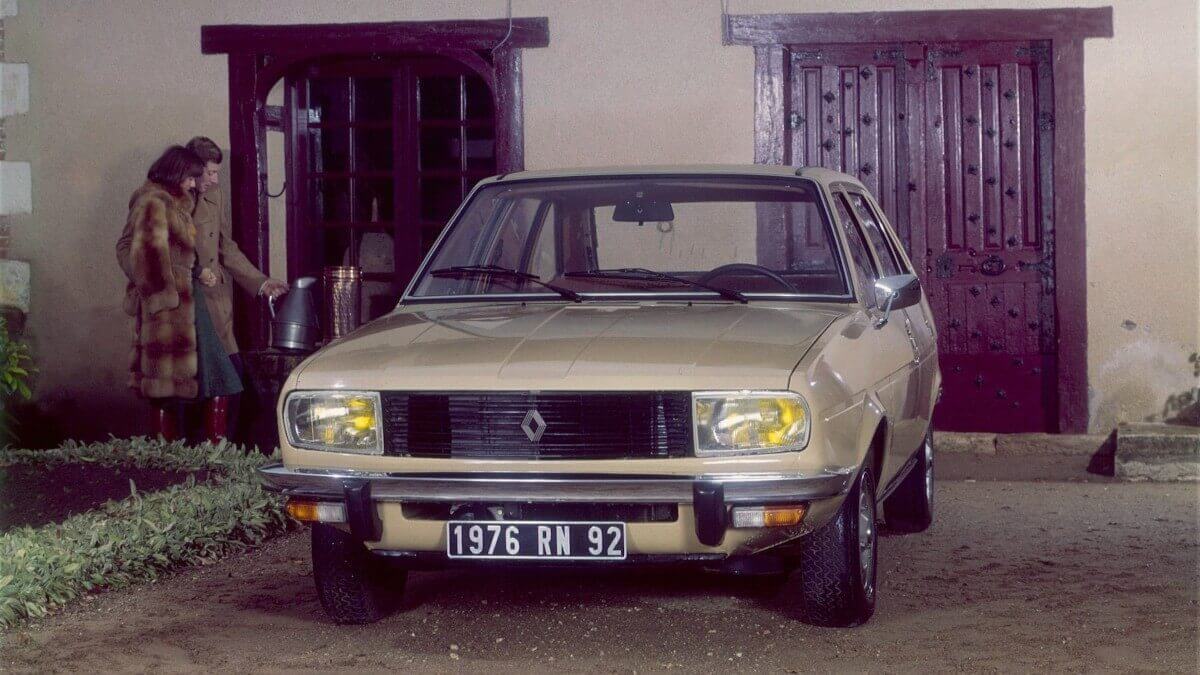 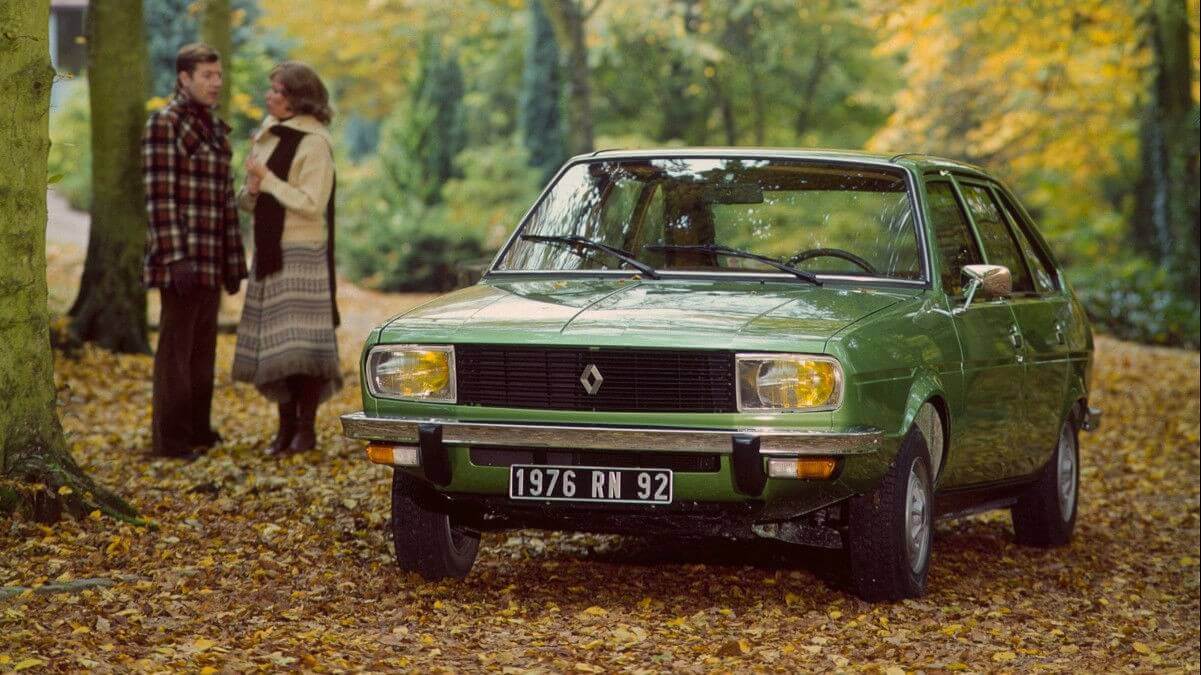 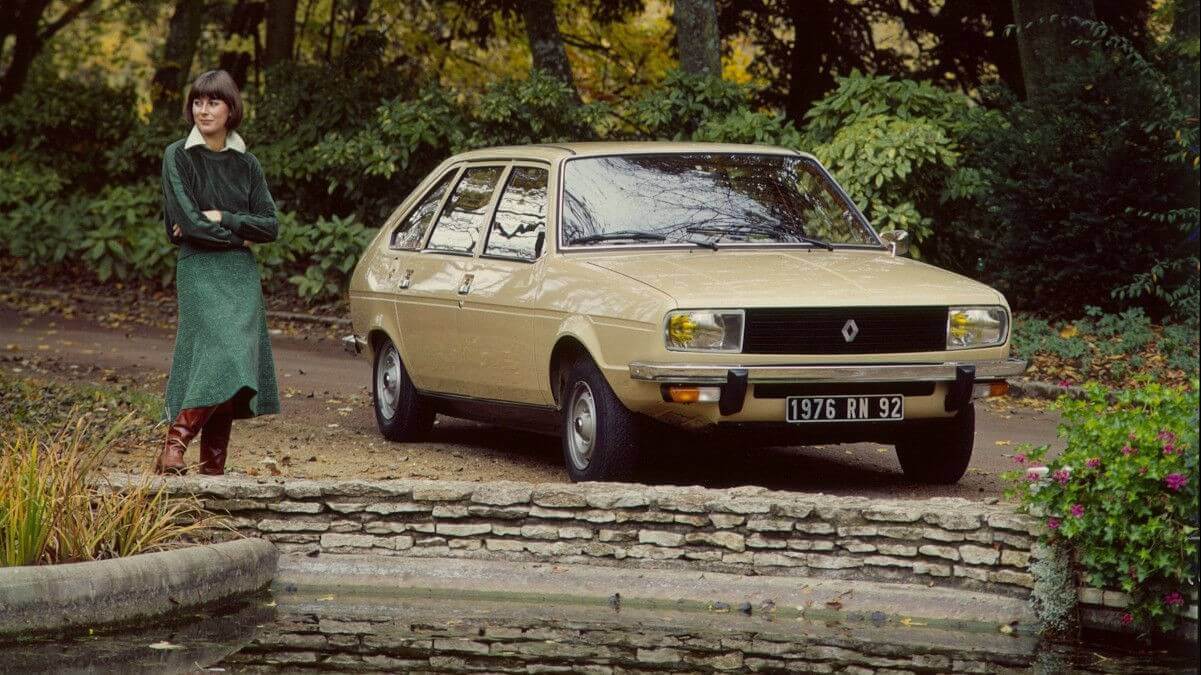 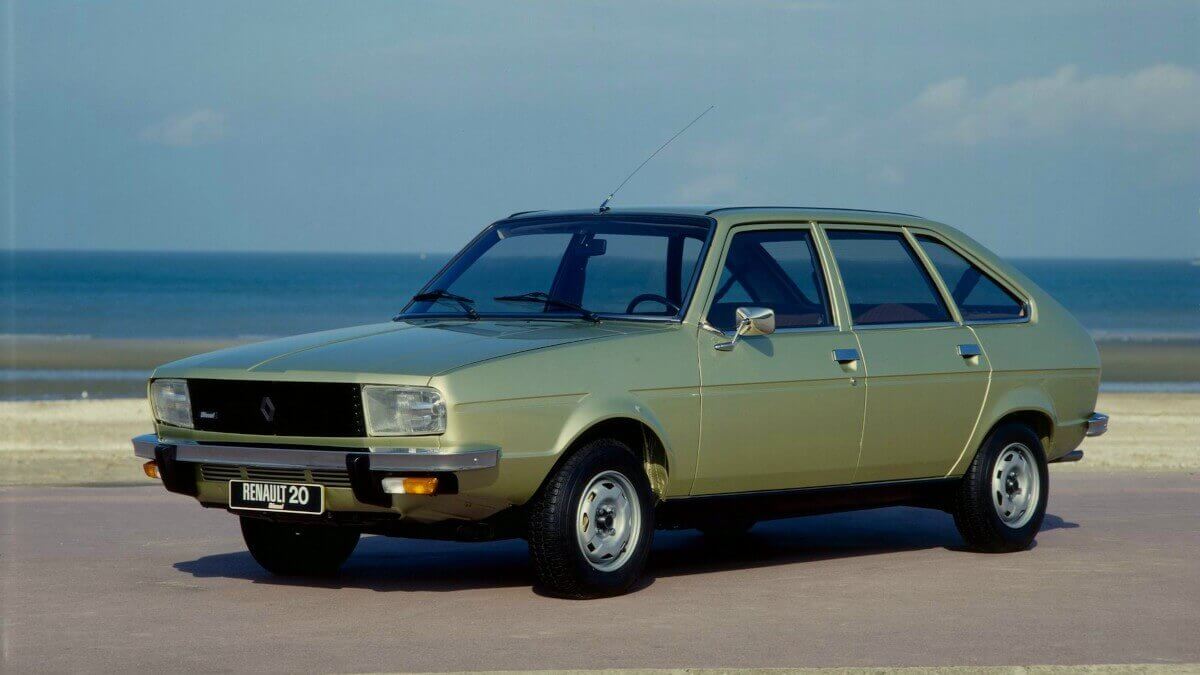 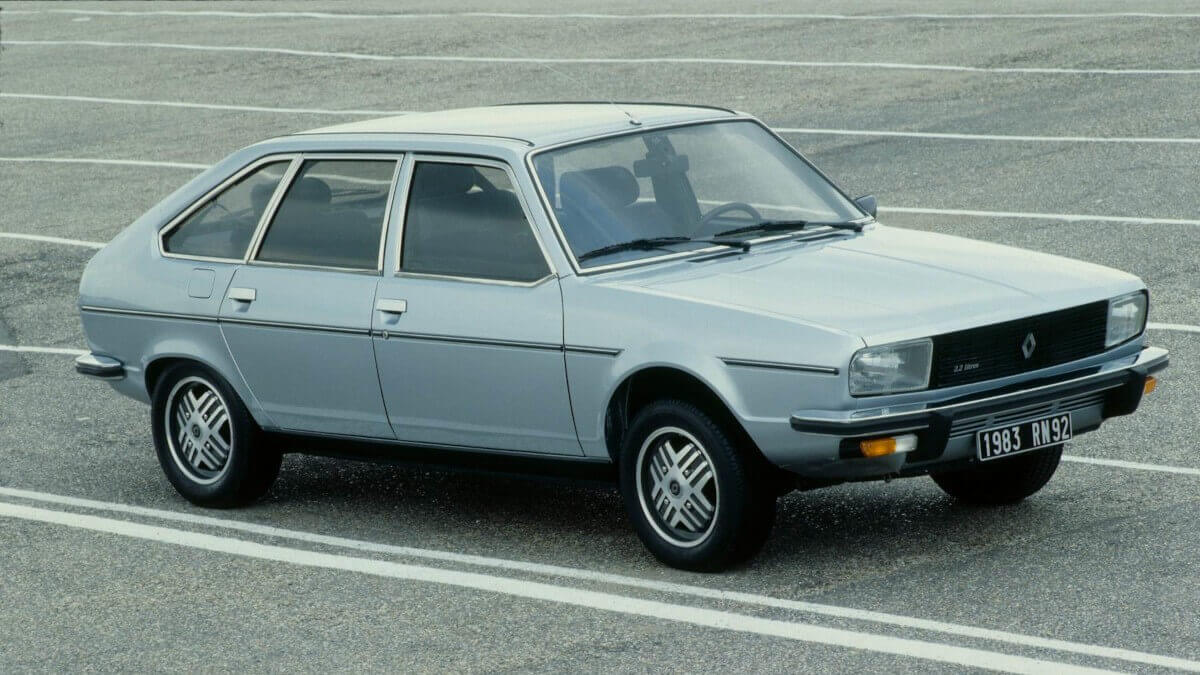 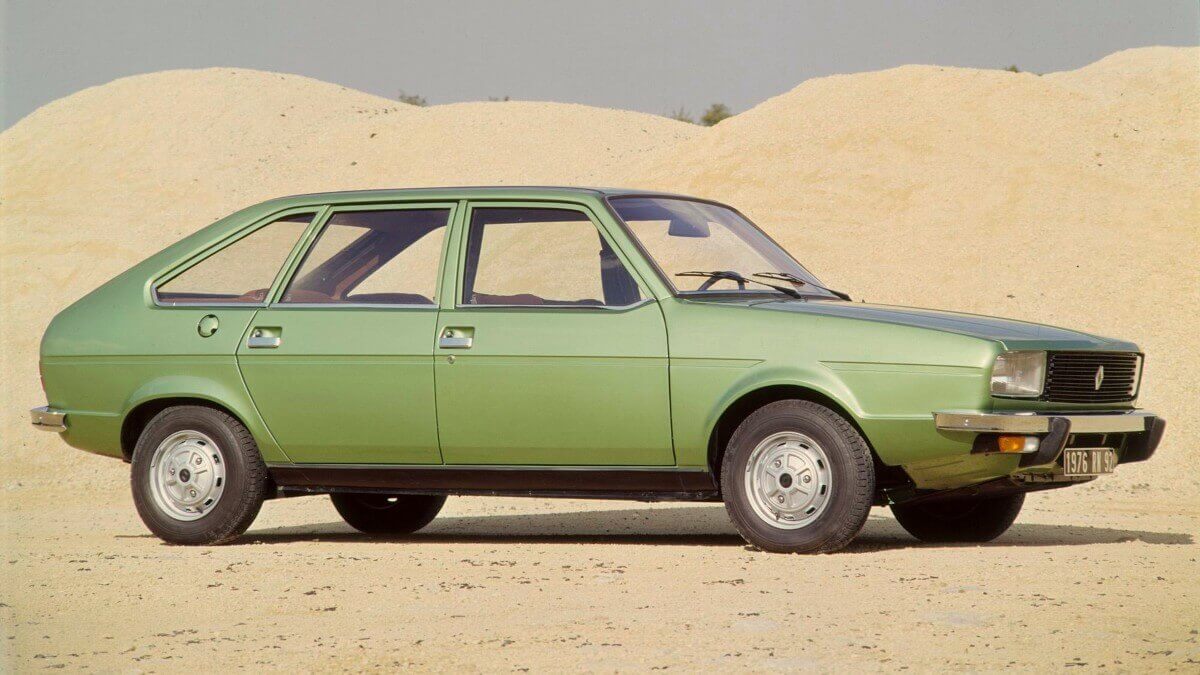 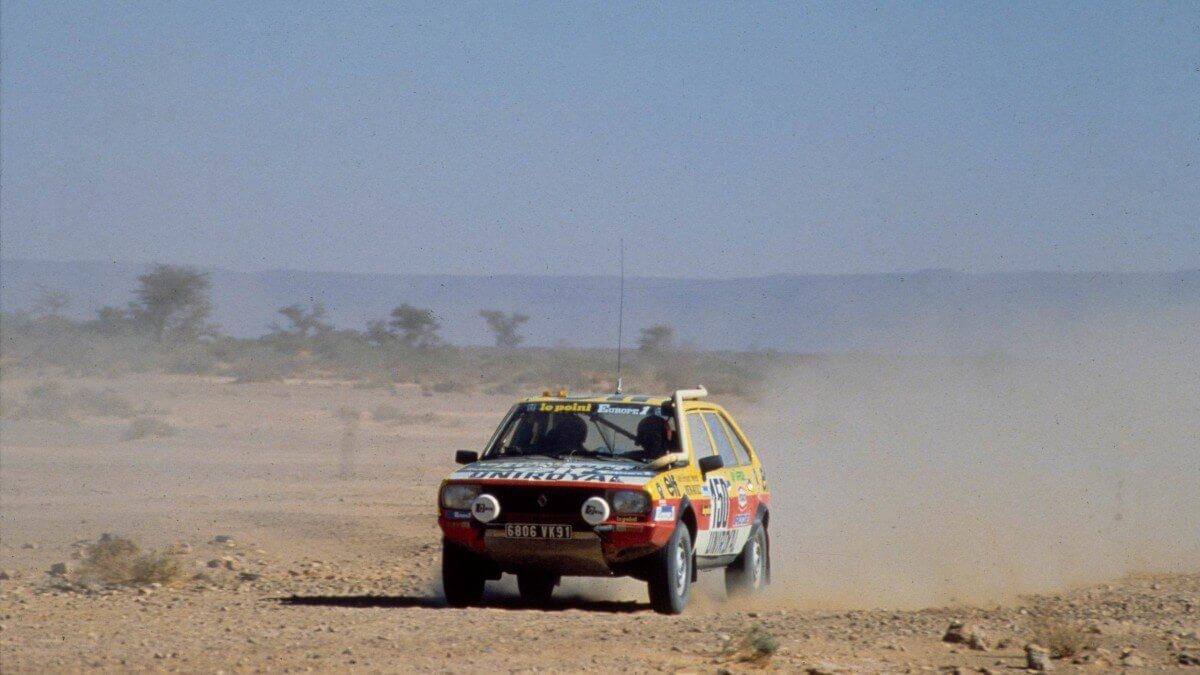 While the premiere of the Renault 20 had already taken place in October 1975, German customers could only take delivery of it from February 1976. Initially, the R20 was powered by the 1.6-liter four-cylinder engine from the R16 TX with 66 kW/90 hp and 134 newtonmeters of torque. Here it was offered as an L, TL or GTL, depending on the desired equipment level. From May 1977 the power output rose to 71 kW/97 hp. Parallel to this, from August of the same year there was a newly developed two-liter four-cylinder engine with 80 kW/109 hp in the LS and TS, which were fitted with electric windows, power steering and central locking as standard. In the autumn of 1980 a small facelift was carried out, which removed the small engine from the range. Instead, the new top version TX with a 2.2-liter and 85 kW/115 hp engine moved into the portfolio.

At the end of 1979 Renault entered the diesel age and presented the R20 as TD and GTD. The newly developed naturally aspirated diesel engine with a displacement of 2.1 liters produced 47 kW/64 hp and 124 newtonmeters of torque. In combination with the rather large sedan and the unladen weight of around 1,250 kilograms, the driving dynamics were comparatively modest. The acceleration time from a standstill to 62 mph was 20.8 seconds, while the topspeed was only 92 mph. For customers who wanted to combine the advantage of low fuel consumption with slightly better performance, the TurboD version with turbocharging and intercooling was added to the range in 1982. With 63 kW/86 hp and 181 newtonmeters of torque, the R20 TurboD was the first ever production vehicle with a turbocharged diesel engine and intercooling. Of the 622,541 units built between 1975 and 1984, about 58,000 were shipped to Germany. Two vehicles were converted to four-wheel drive and turbocharging for participation in the 1982 Paris-Dakar rally, with the Marreau brothers claiming overall victory. A small number of the R20 was also produced as a licensed version at Dacia, called the Dacia 2000 for governmental organizations in socialist states. 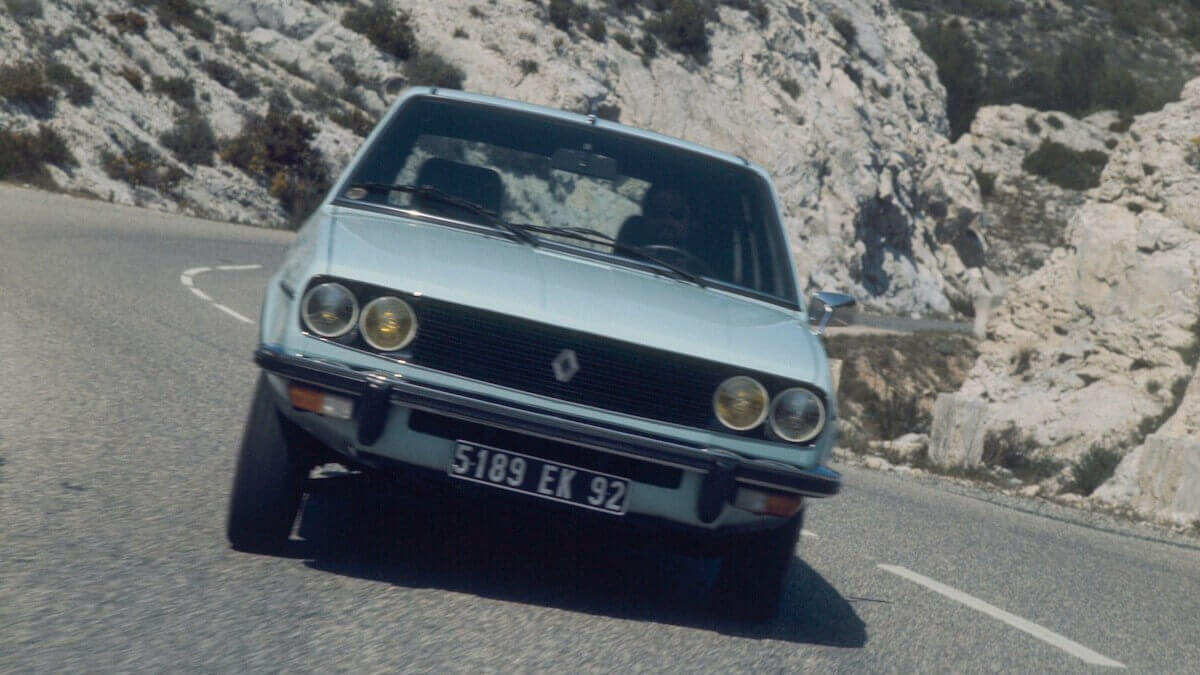 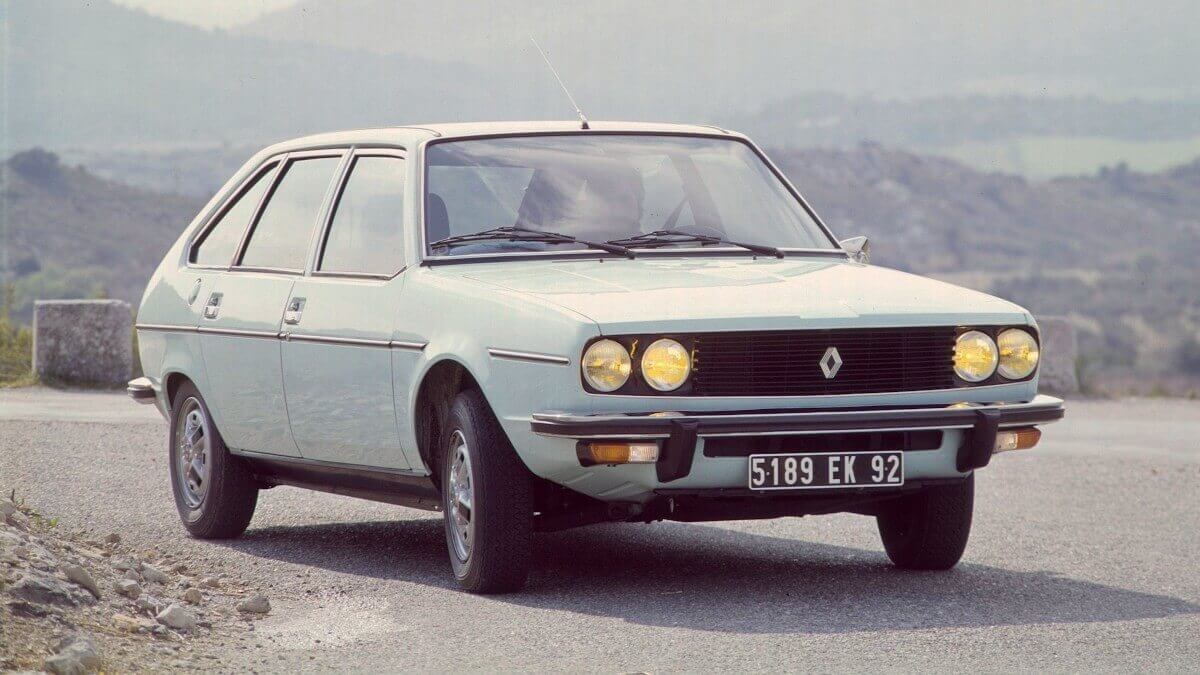 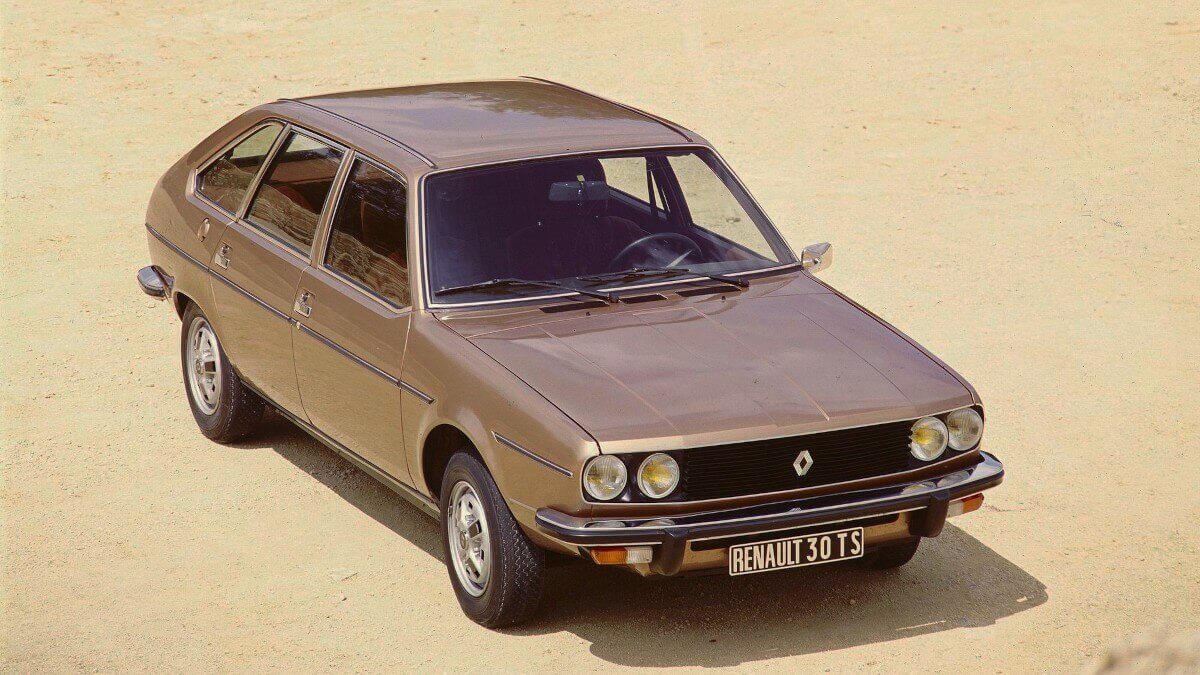 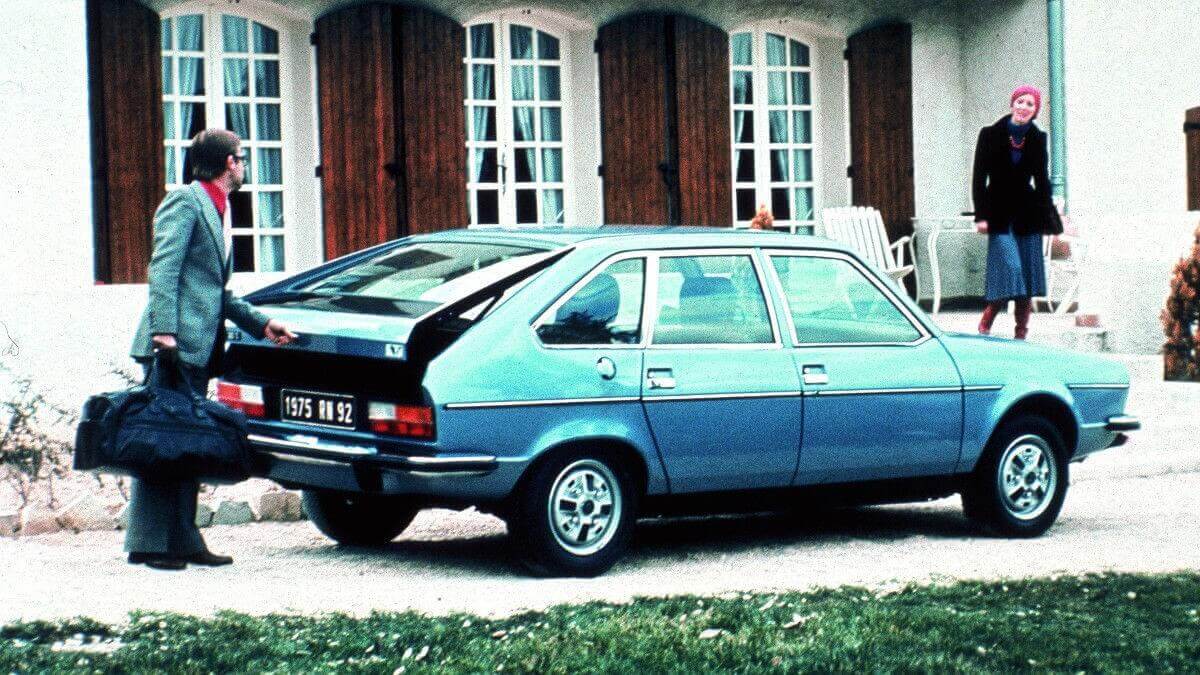 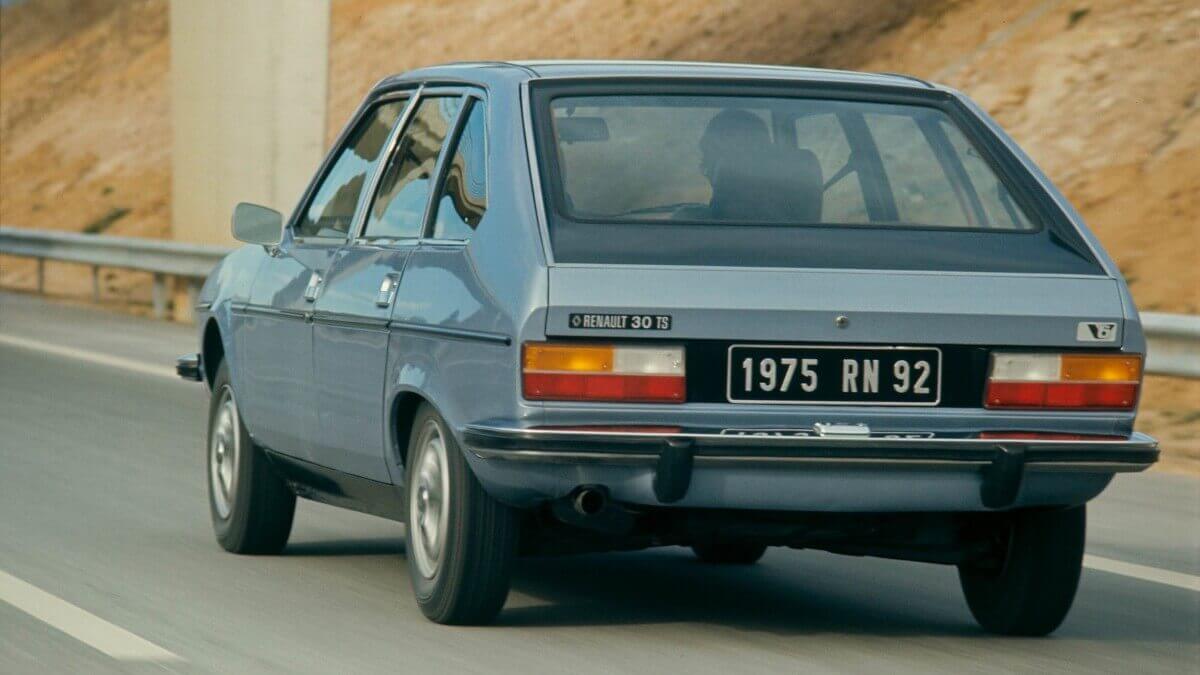 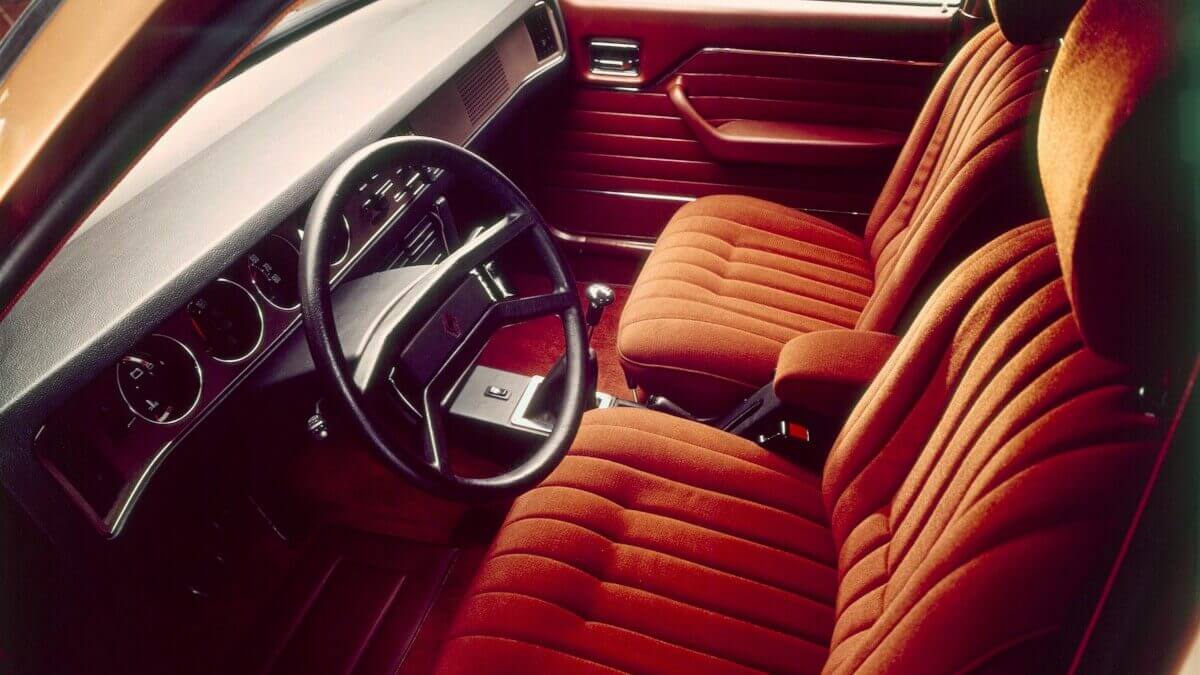 The larger top model Renault 30 had the same hatchback bodywork, which had been developed in accordance with the most modern findings on vehicle safety. Crumple zones at the front and rear as well as side impact protection in the doors were integrated. In the R30 TS, sophisticated chassis technology met the PRV engine, which in its original version produced 131 hp from 2.6 liters of displacement up to mid-1976. This output was then reduced to 128 hp. Transmission to the front wheels was always done via a five-speed manual gearbox, also with the R20. From October 1978 Renault offered the PRV engine alternatively also with Bosch K-Jetronic injection system in the R30 TX, which provided 105 kW/143 hp. In addition, the Renault 30 was also available from 1982 as a TurboD with the 2.1-liter, 86 hp turbo diesel engine including intercooling.

Due to the higher base price, only 160,193 units of the R30 were produced in around nine years of production. Renault sold about 18,000 of these in Germany. Nowadays, both series are very rarely seen on the streets or at vintage car meetings. Next to the production from France, both the R20 and R30 were produced for Latin America at the Mariara plant in northern Venezuela between 1977 and 1983. As a successor model for both series, Renault presented the R25 with a similar body concept in 1984.