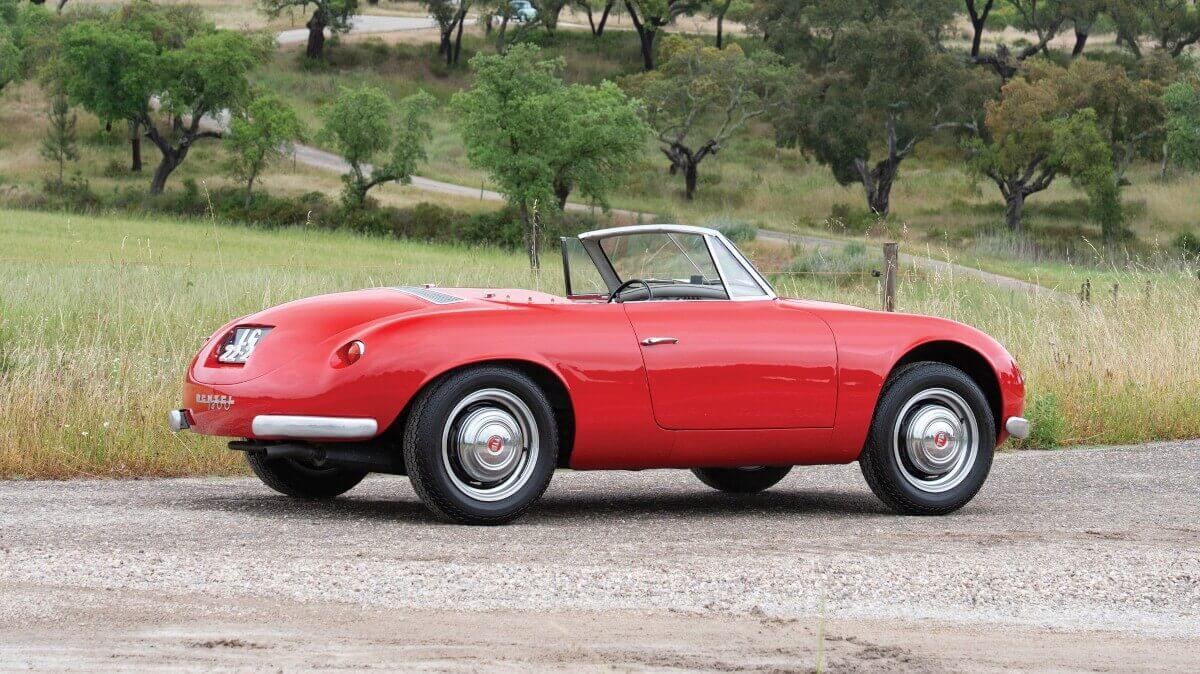 Wolfgang Denzel, born in Graz/Austria in 1908, was already employed in the automotive industry before World War 2. During his studies he developed his own motorcycle, the Denzel-Villers, afterwards he founded an engineering office and took over the distribution of the BMW brand for the Austrian provinces of Carinthia and Styria. Starting in 1948, in the 6th district of Vienna in Denzel’s company at Gumpendorferstrasse 19, where he had set up a subsidiary shortly before the war, the preliminary work for his own cars began. While other designers and engineers of the time preferred to think of practical delivery vehicles, he concentrated on inexpensive sports cars. Since materials and technology suppliers were both scarce in the post-war period, he used old VW Kübelwagen as a basis. The chassis from the famous Beetle was given a plastic body he had designed without doors or a fixed roof. Instead there was a rudimentary soft top. After only a short time, the few built vehicles had already achieved some racing successes. The fact that in 1948 the first Porsche 356 was also built in Austria as a mid-engined sports car with similar design and comparable technology is in fact a pure coincidence.

In 1950 Wolfgang Denzel hired an experienced tinsmith for his body construction department and from then on had the vehicles made of sheet steel. This also led to normal doors being used, while the classic Beetle chassis including engine and transmission remained the same. However, together with his chief engineer Hubert Stroinigg, Denzel developed an independent chassis with a box frame and reinforcing steel tubes to which the suspension components and drive technology of the VW Beetle were mounted. The WD Denzel Sport made its debut at the Geneva Motor Show in 1953 with these modifications. Denzel tickled the four-cylinder boxer engine with classic performance enhancements and an increase in displacement of up to 80 hp, thus enabling the two-seater roadster to reach speeds of up to 150 kph. One year later, a 12-centimeter narrower version with an aluminium bodywork was presented for racing purposes and immediately took 12th place overall in the 12 Hours of Sebring 1953. Despite initially quite good sales figures, some export representations in European contries and the USA as well as various successes in motorsport, the WD Denzel, which was available in 1958 as Sport 1300, Super Sport 1300, Sport 1500 and International Sport, never made the final breakthrough. In 1960 production was finally discontinued. The exact number of vehicles built is unknown and ranges between 200 and 350, of which around 65 were probably the entry-level Sport 1300. Of these produced cars, only about 30 to 50 are known to still exist today worldwide. Wolfgang Denzel then developed the compact model 700 for BMW in just four months, which contributed significantly to the survival of the nowadays famous brand from Munich. Today, the still existing Denzel Aktiengesellschaft sells cars of 13 different manufacturers in Austria and has more than 1,000 employees. 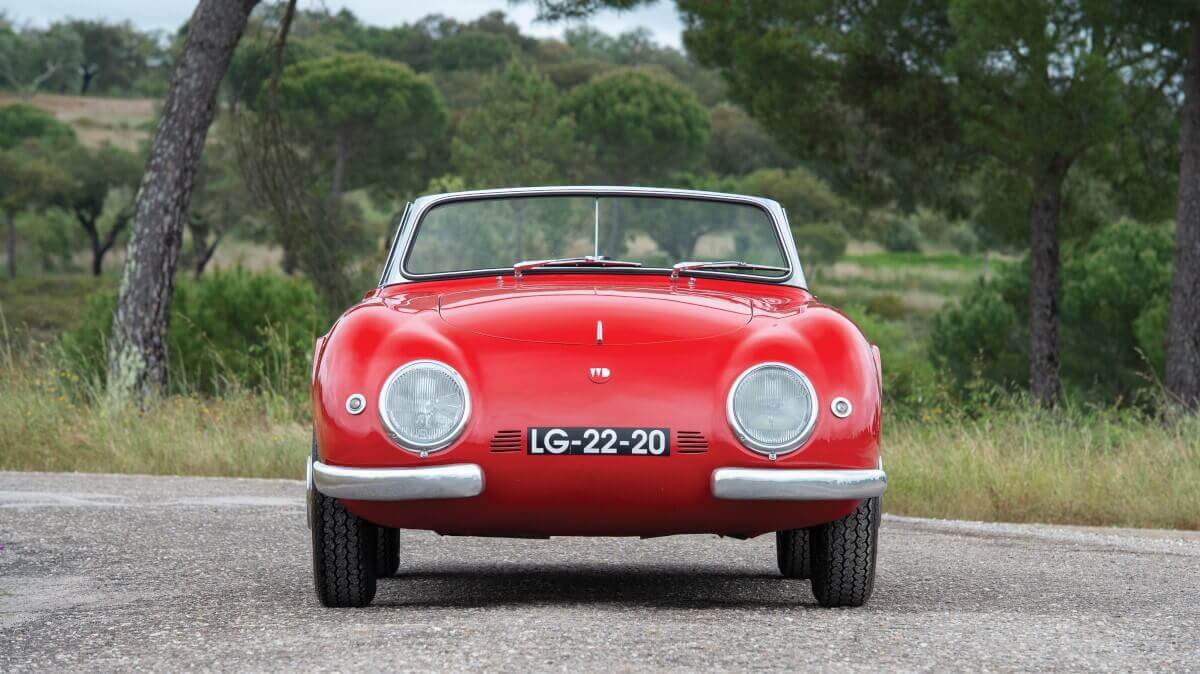 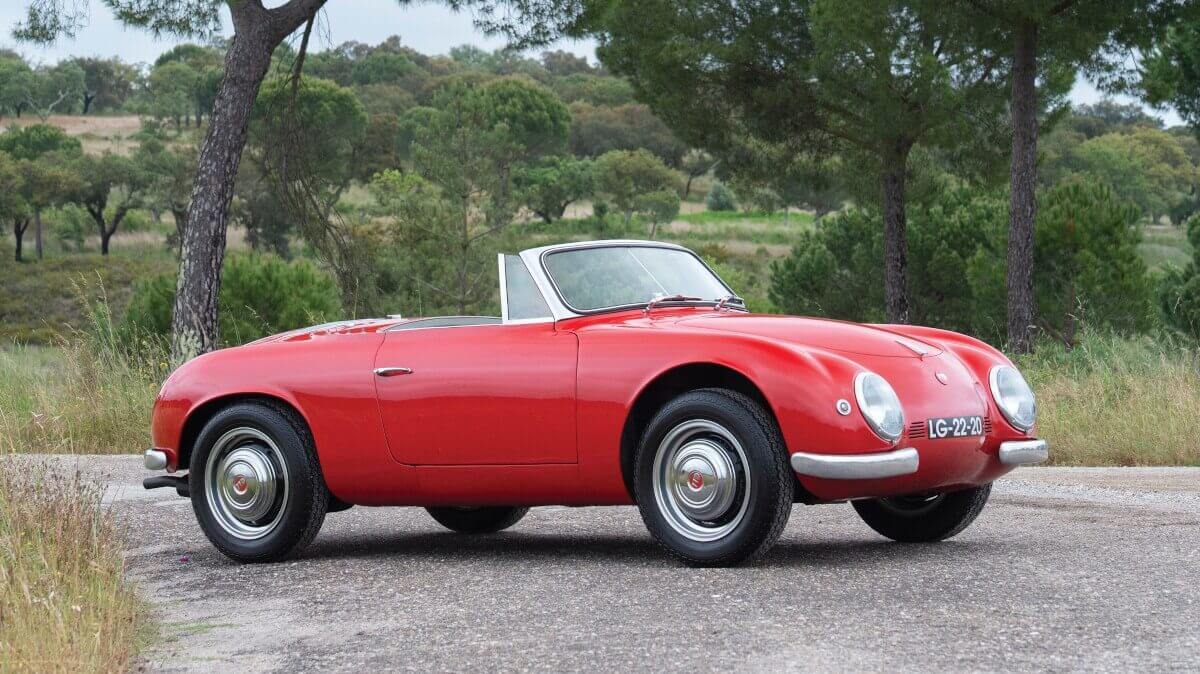 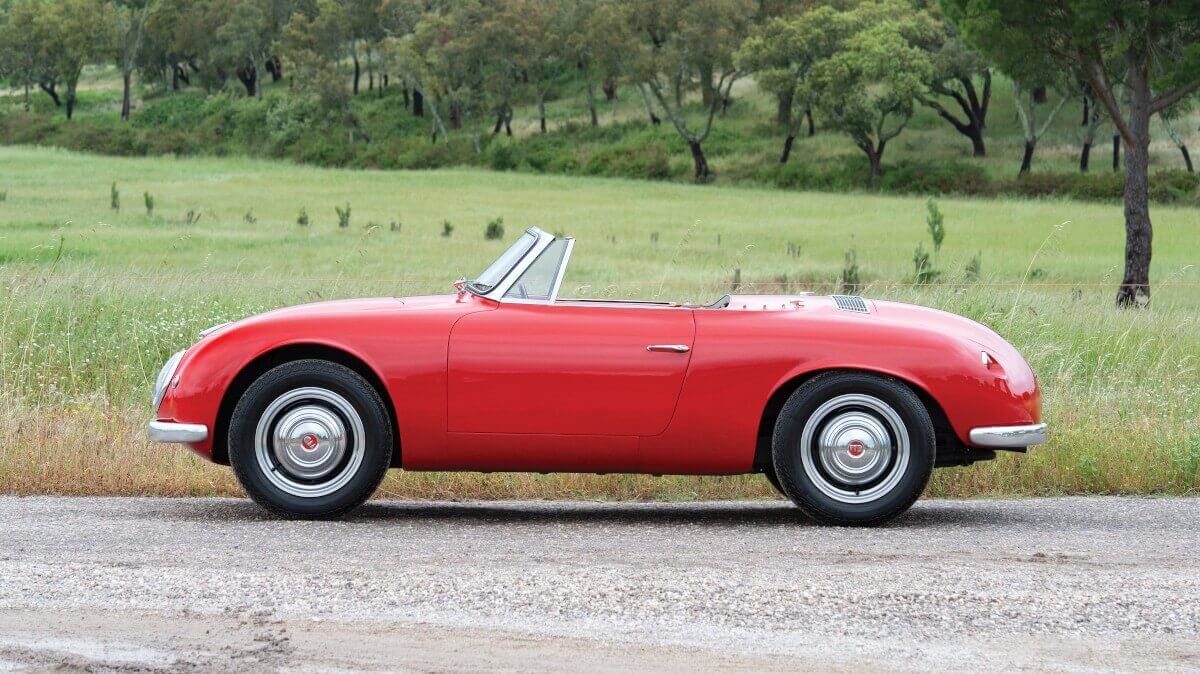 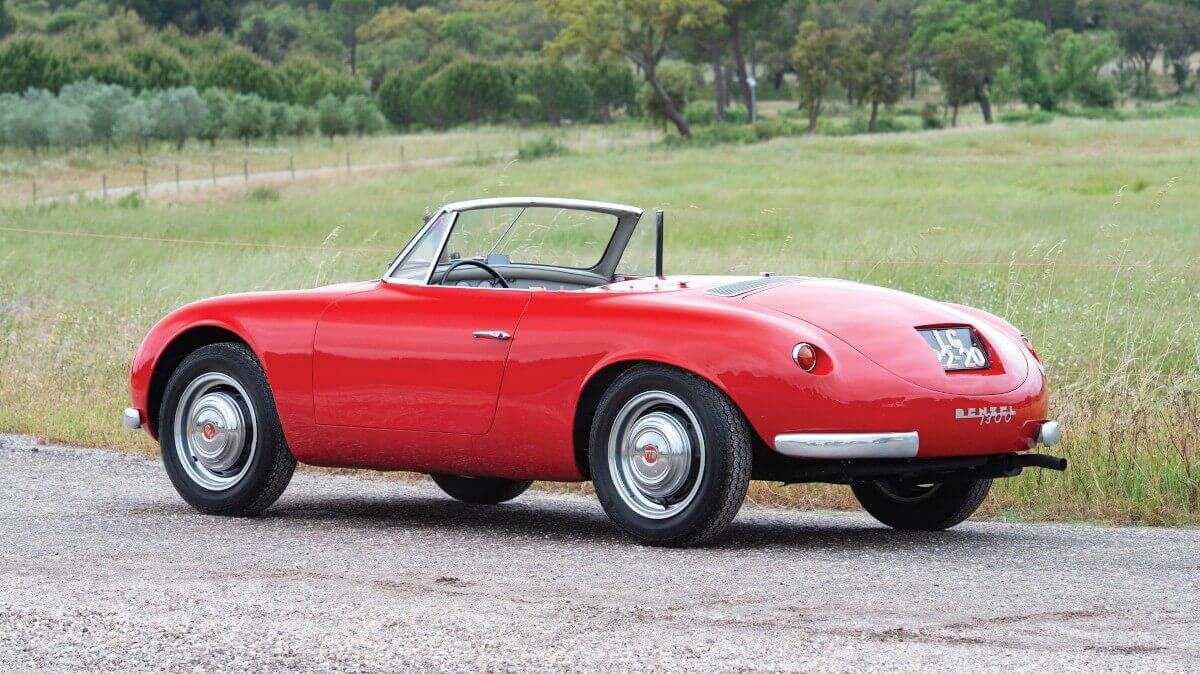 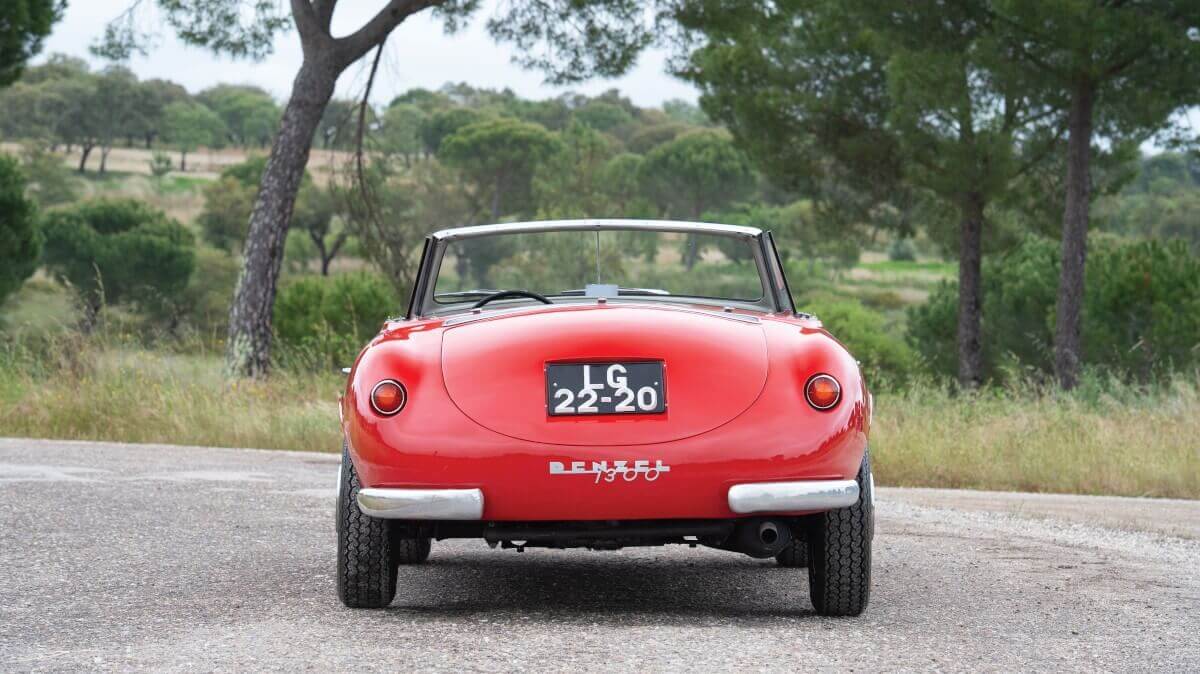 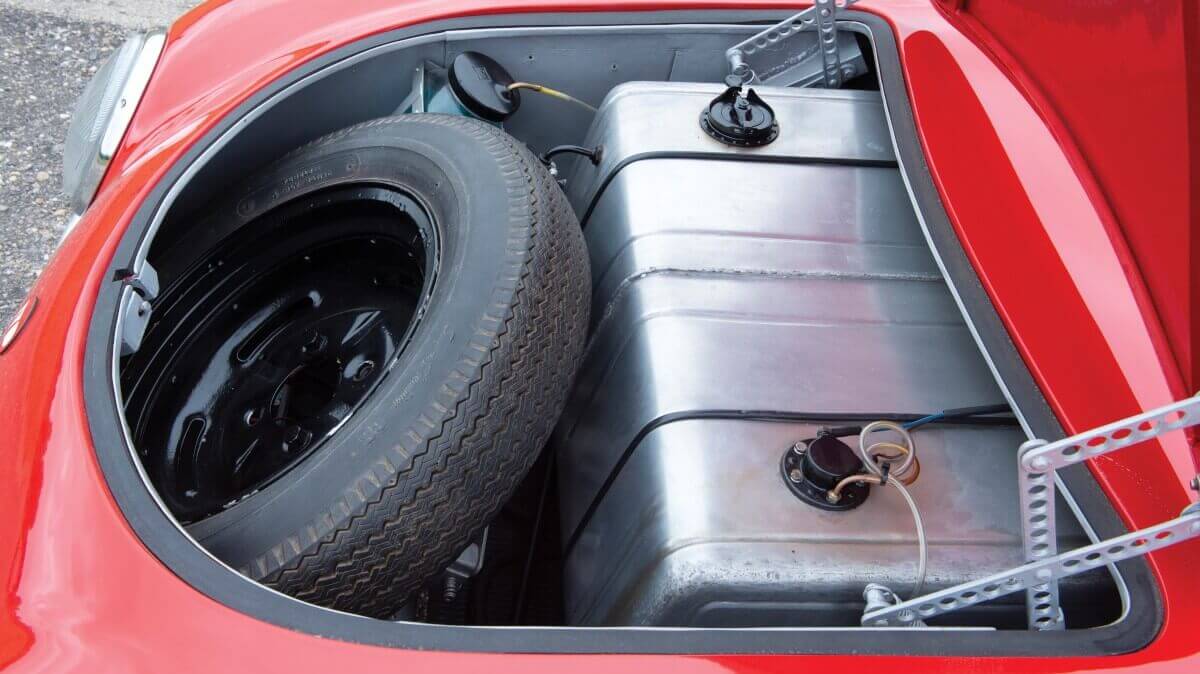 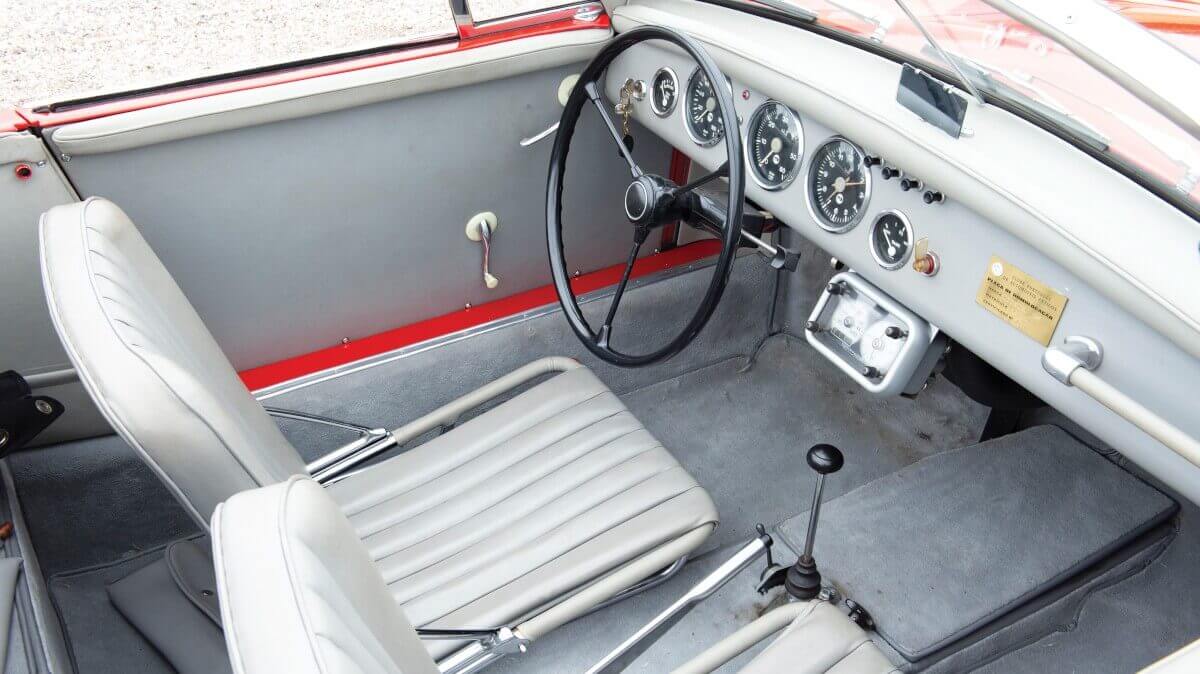 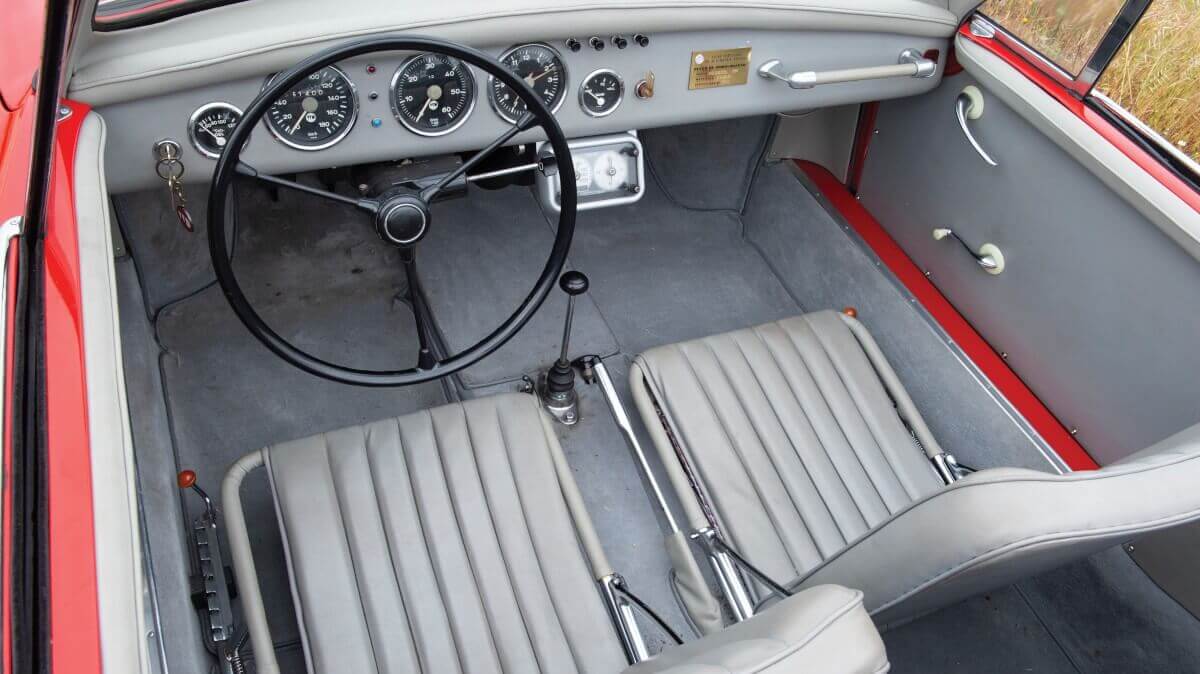 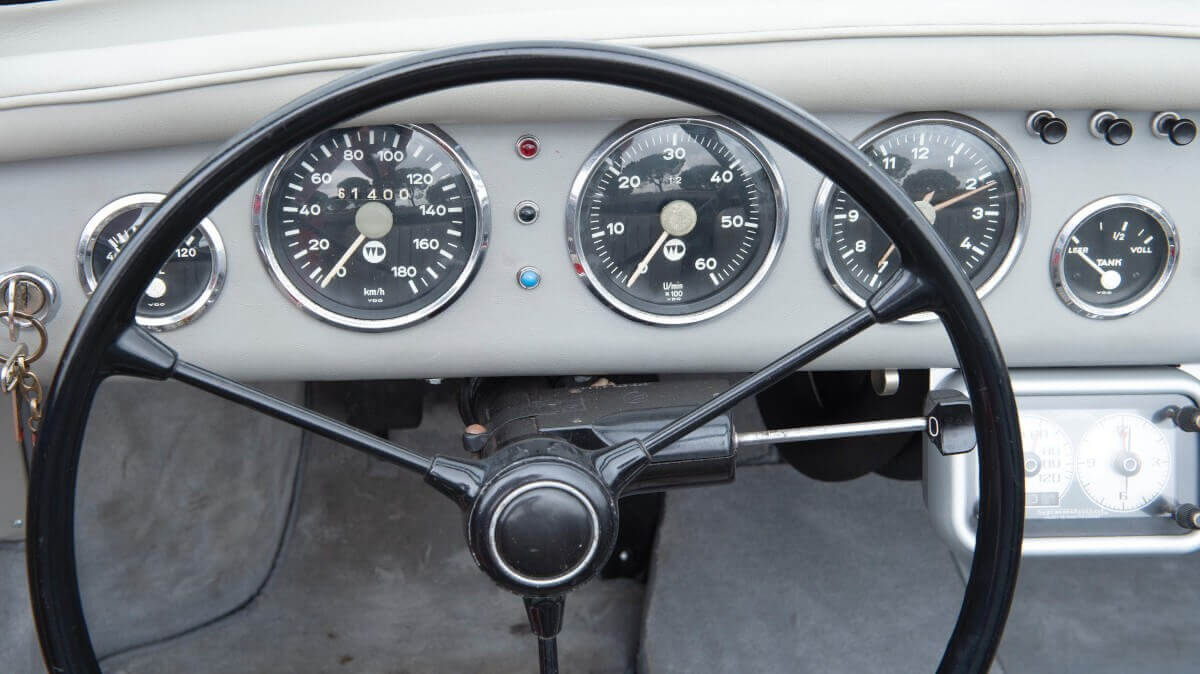 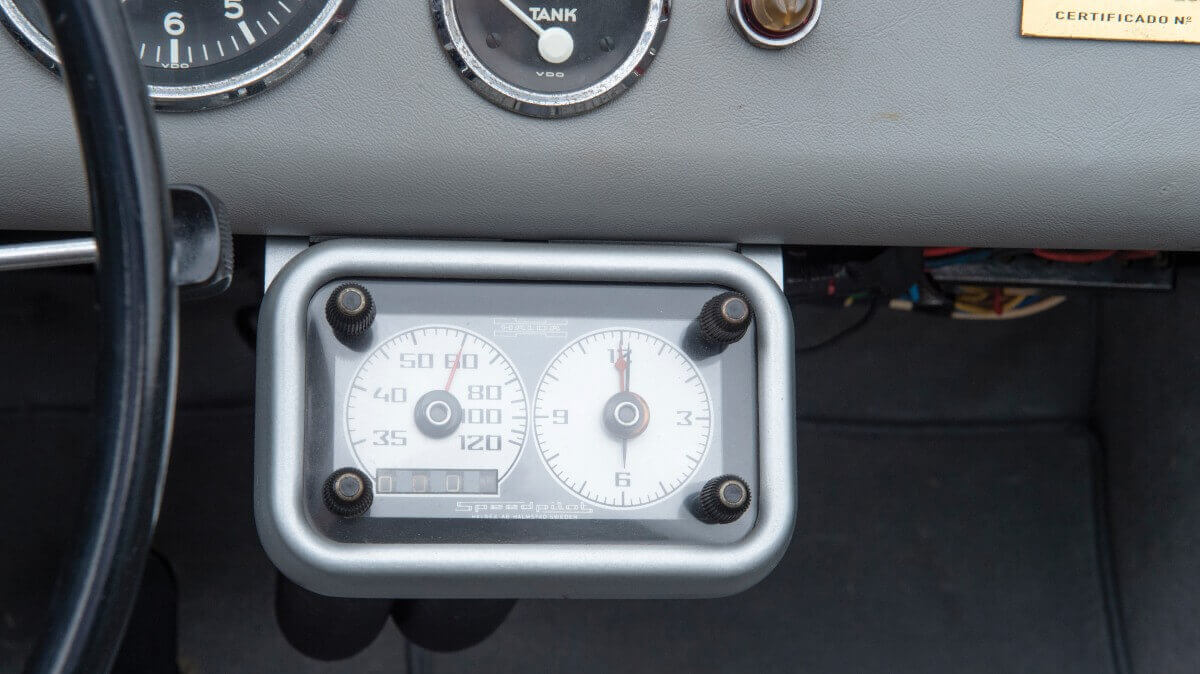 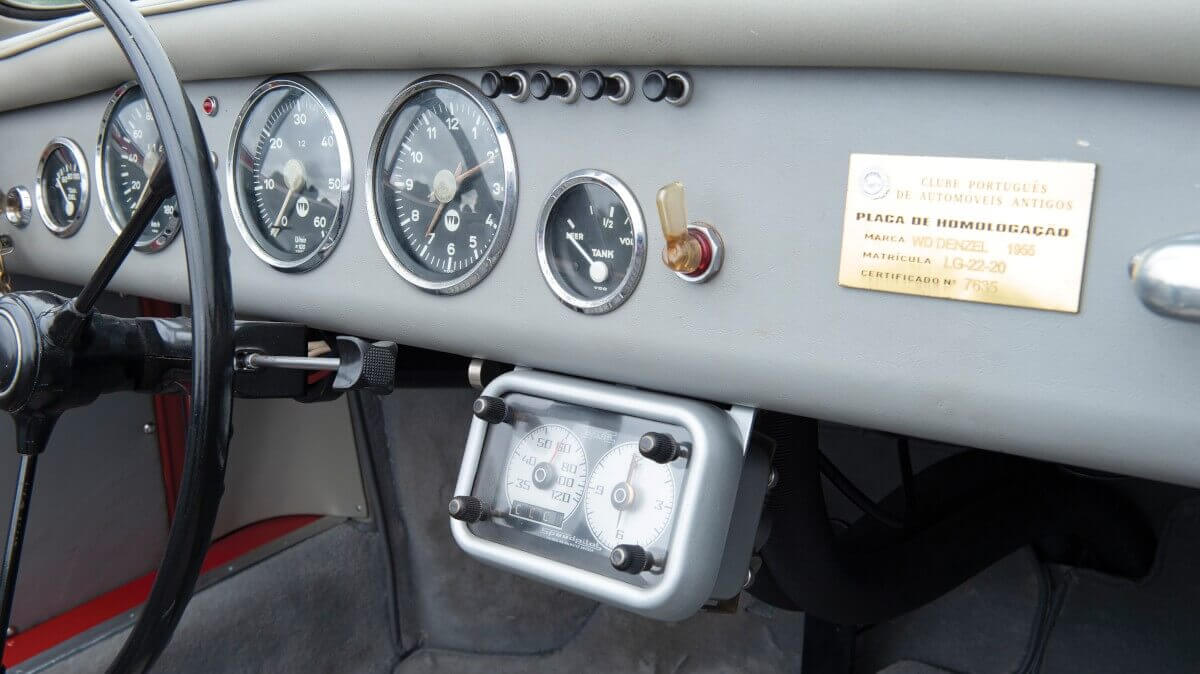 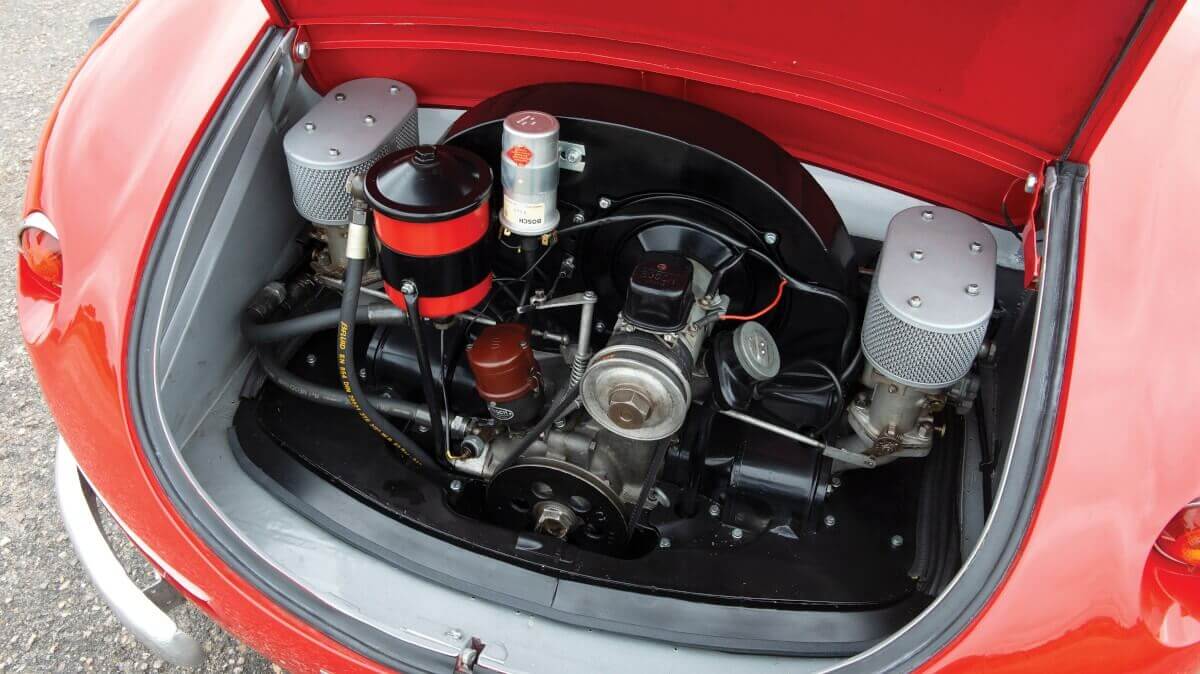 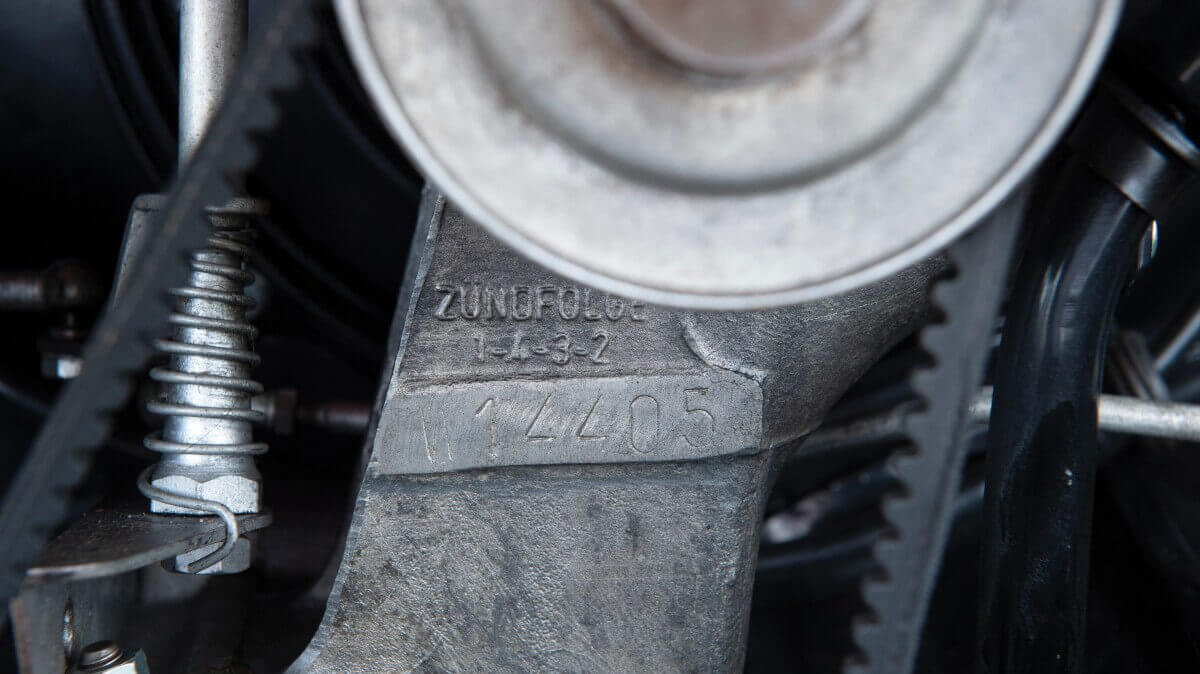 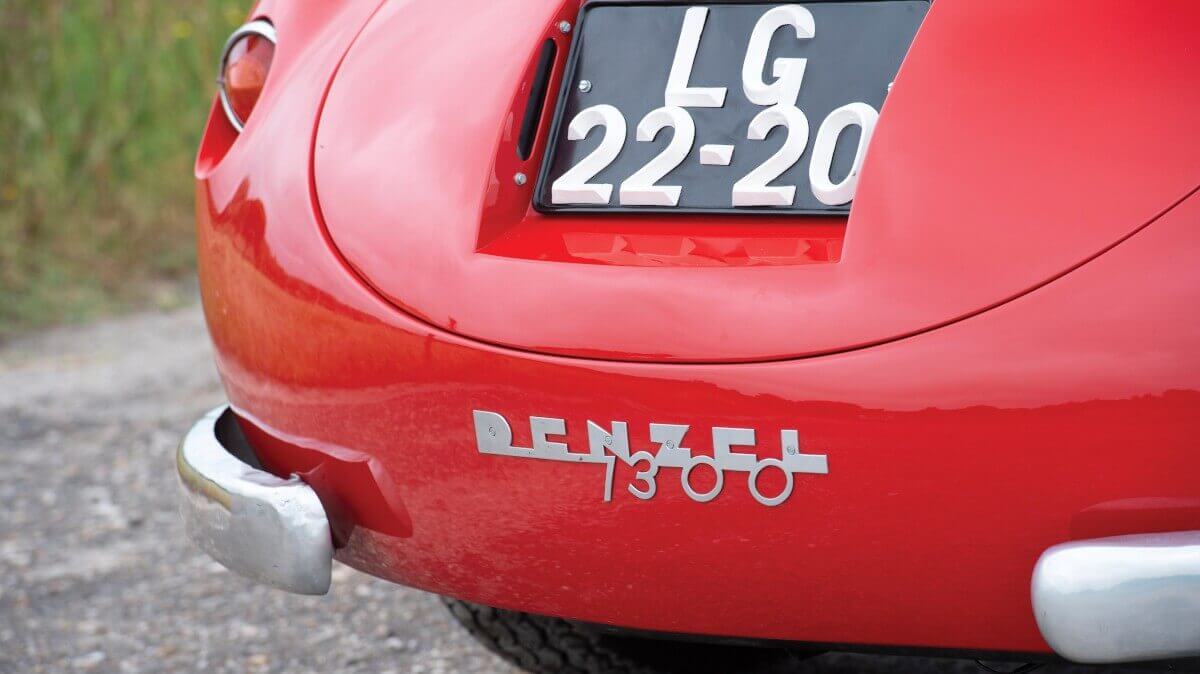 A WD Denzel Sport 1500 with the chassis number DK32 was delivered in 1954 to the Portuguese Denzel importer Auto Portuguesa of Antonio Guedes Herédia in Lisbon, who initially registered it as his private car and even used it in races and rallies. In 1956 he clinched a class victory and second place overall in the Rally a San Pedro de Moel. Three years later he sent the car back to the factory, where a newer body, as used from model year 1957, was bolted to the chassis and the original 1.5-liter engine was replaced with a Denzel Super Sport 1300 engine. In addition, Herédia received a factory hardtop and had an oil cooler retrofitted. Despite these modifications, he only took part in one race in 1960 after receiving the car back. It was at the Circuito de Vila do Conde, where he achieved tenth place in qualifying and retired early in the race. Nevertheless, he kept the Denzel until 1988.

With Vasco da Silva e Sa, Cypriano Flores, Carlos Cruz and the Sáragga Collection, only four other Portuguese owners followed. Carlos Cruz had an extensive restoration carried out by the specialist workshop of Joao Teves Costa in Lisbon, which took two full years. The completed car then made its debut at the Cascais Concours d’Elegance 2014. At the end of September, RM Sotheby’s is offering this sports car and expects a hammer price between 380,000 and 450,000 €.