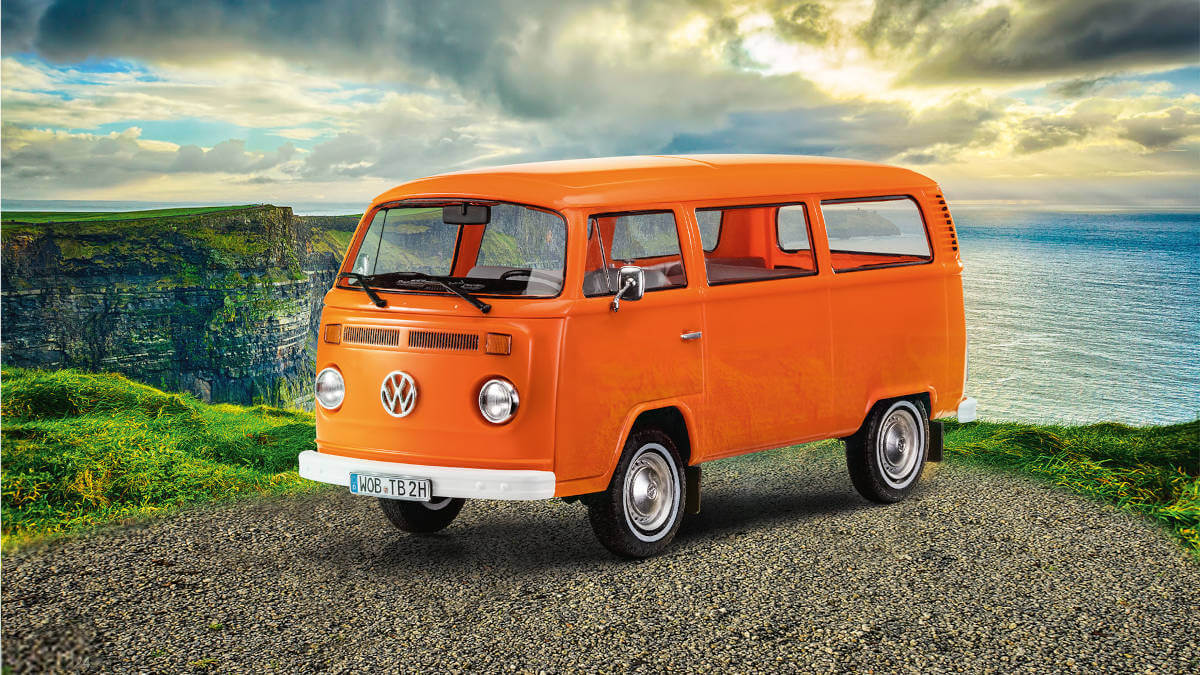 Until about 15 years ago, plastic model kits were part of the fixed repertoire in German toy stores. Whether ships, airplanes, helicopters, trucks, cars or whole villages as dioramas – there was hardly anything that wasn’t realized in some scale. Unfortunately, with the advance of digitization, fewer and fewer young people now seem to be interested in this time-consuming creative hobby. Accordingly, the search for interesting models in local stores is taking longer – or people are switching to online offerings. Nevertheless, manufacturers like Revell continue to bring out new model kits.

To introduce newcomers to model kit building, the Easy-Click system debuted some time ago. This series includes model cars in 1:24 and 1:16 scale, as well as ships in 1:150, 1:350 and 1:600 or aircraft in 1:72 scale. Unlike classic kits, no paint or glue is needed for assembly. Instead, all components are pre-produced in the intended colors and are easy to click together. Currently there are 17 different Easy-Click models available, more will follow. 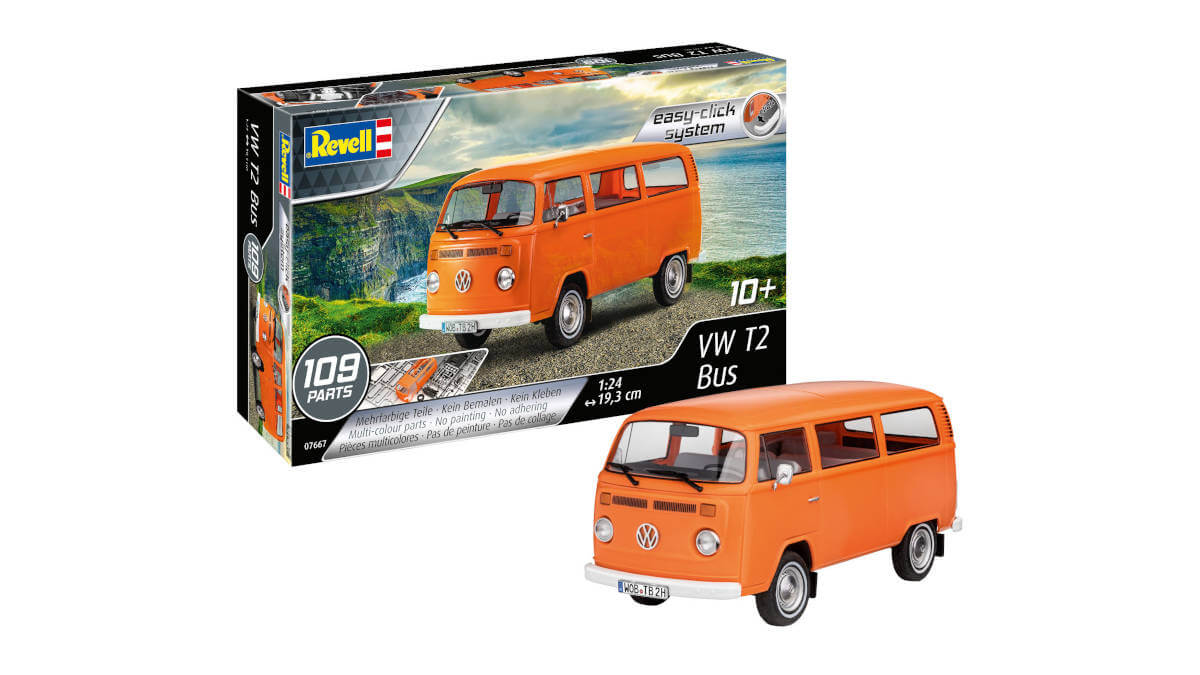 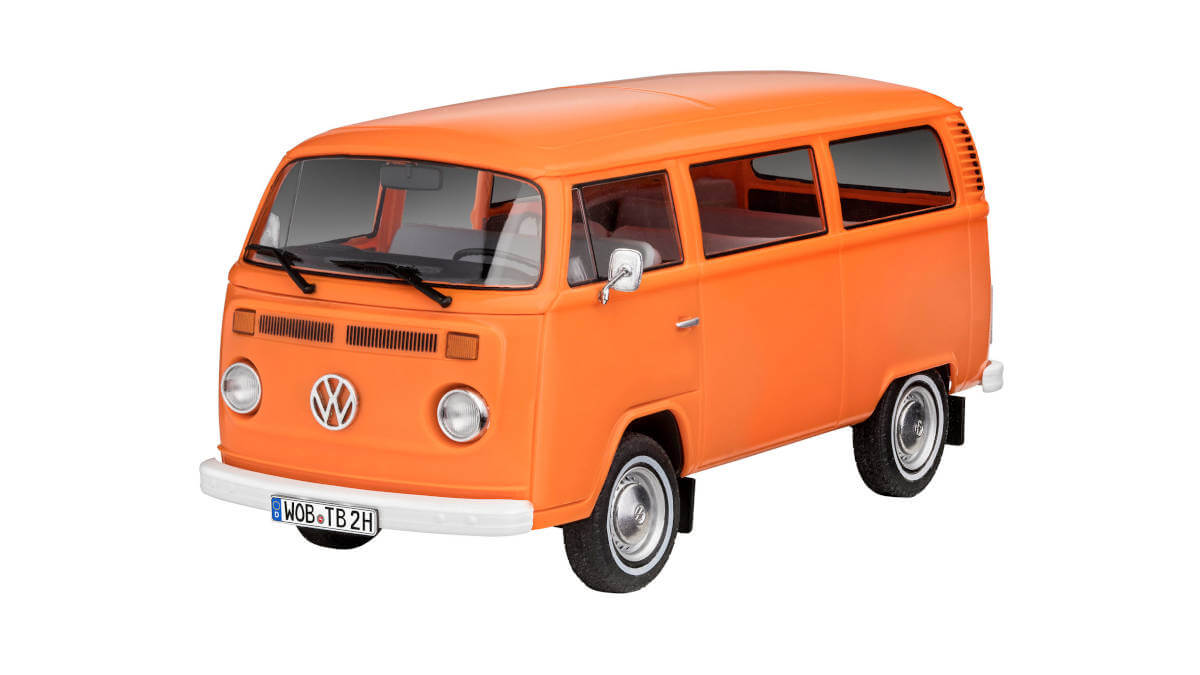 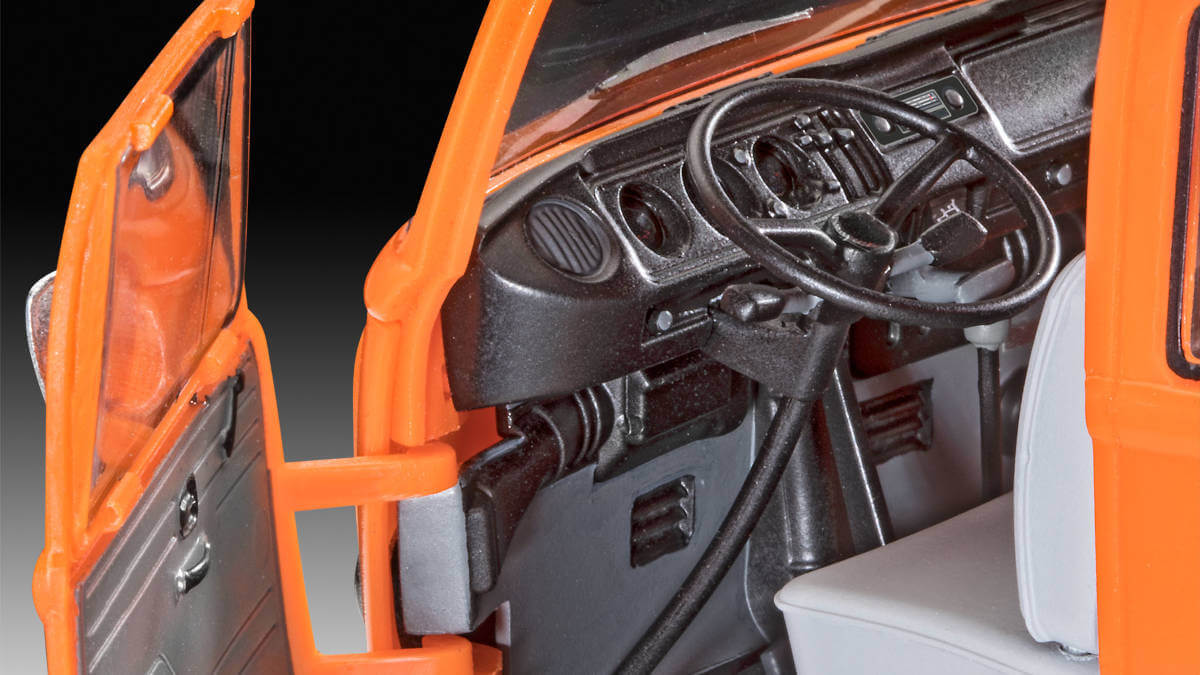 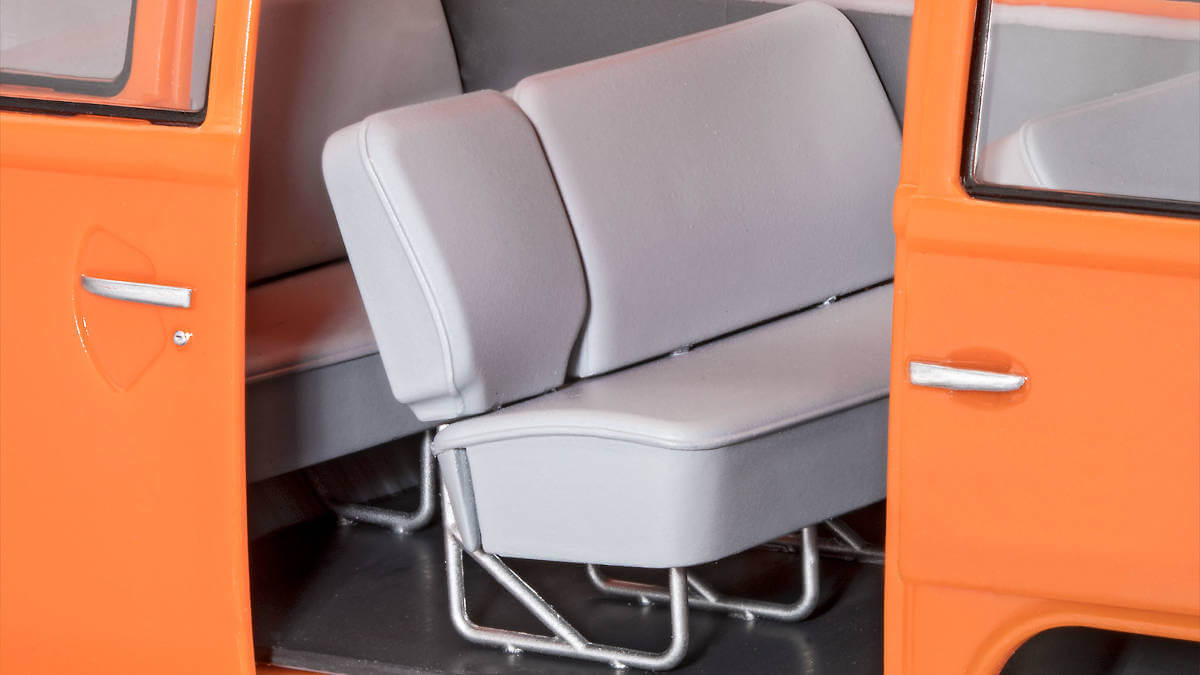 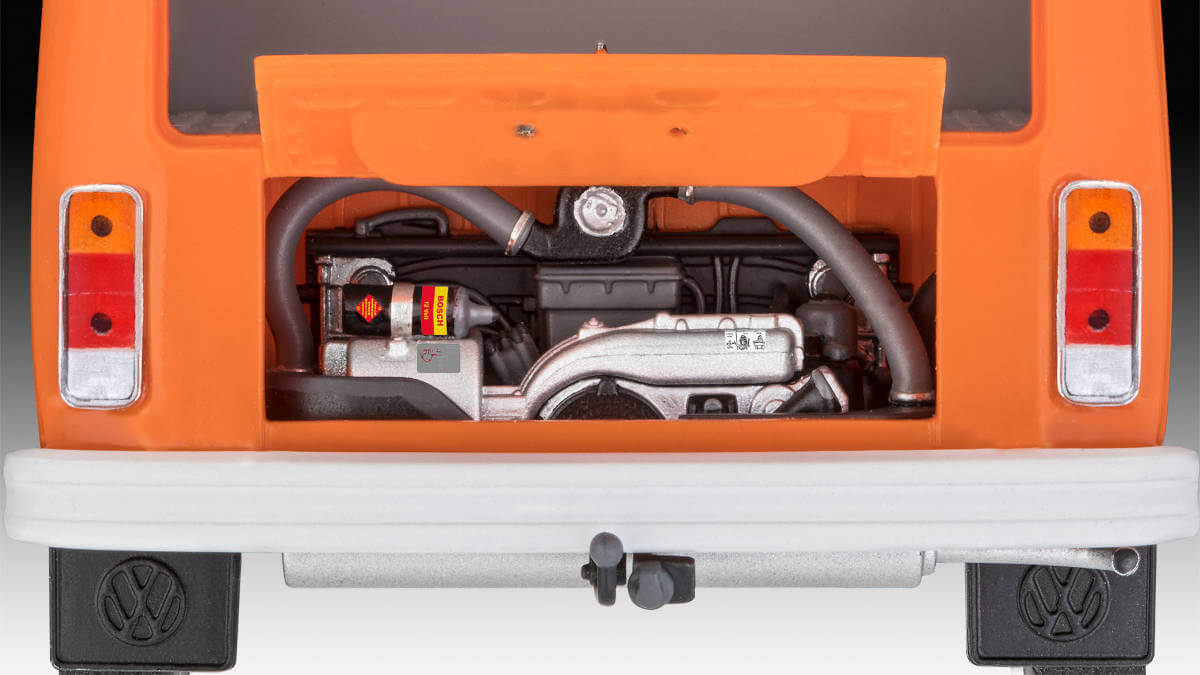 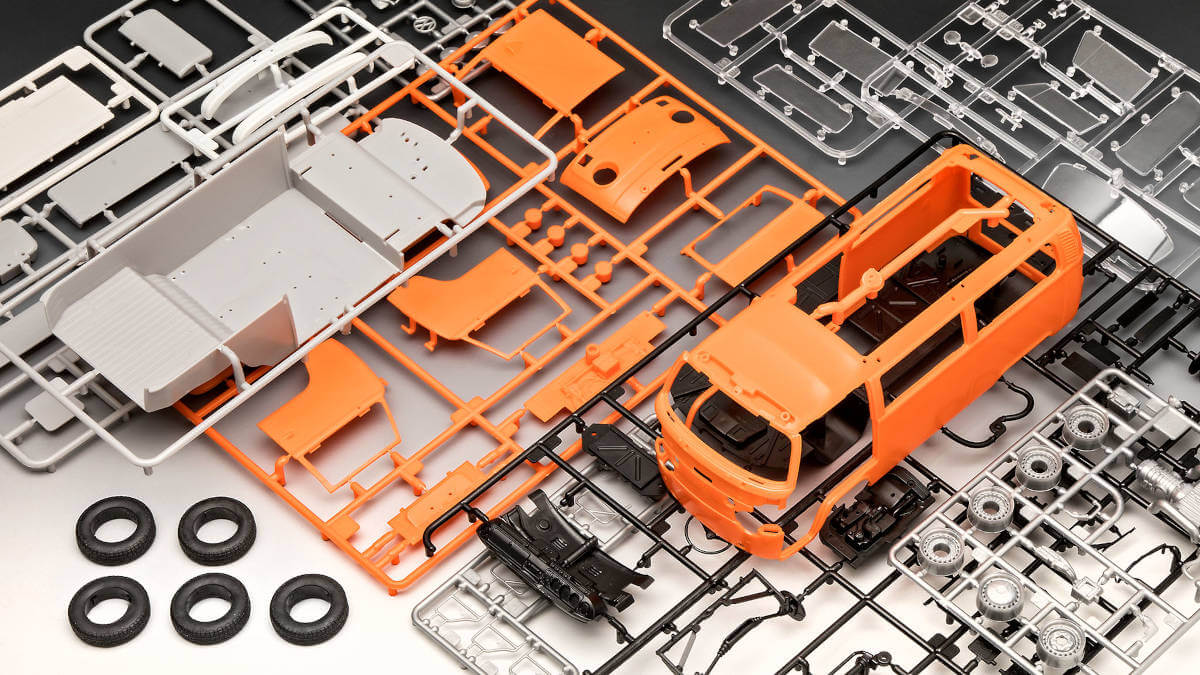 The latest addition to the Easy-Click series will be the Volkswagen T2 Bus, which will be released in the next few weeks. As the second model generation of the legendary VW Bus, this vehicle appeared in 1967. Until 1979, more than 2.5 million units rolled off the production line at the Volkswagen Commercial Vehicles main plant in Hanover, Germany, alone. Production continued in foreign plants for a long time. It wasn’t until 2013 that the final vehicle was built in Brazil. Revell is recreating a VW T2 from the T2b series, which was built between 1972 and 1979. This can be recognized by the turn signal lights shifted upwards above the headlights. As a nine-seater Kombi, the orange Bus features three full-length bench seats and great details all around. In addition to the hood, the trunk and doors can also be opened. On the right side there is a functional sliding door to the rear area. In total, the model consists of 109 individual parts. The price is 30.49 €.