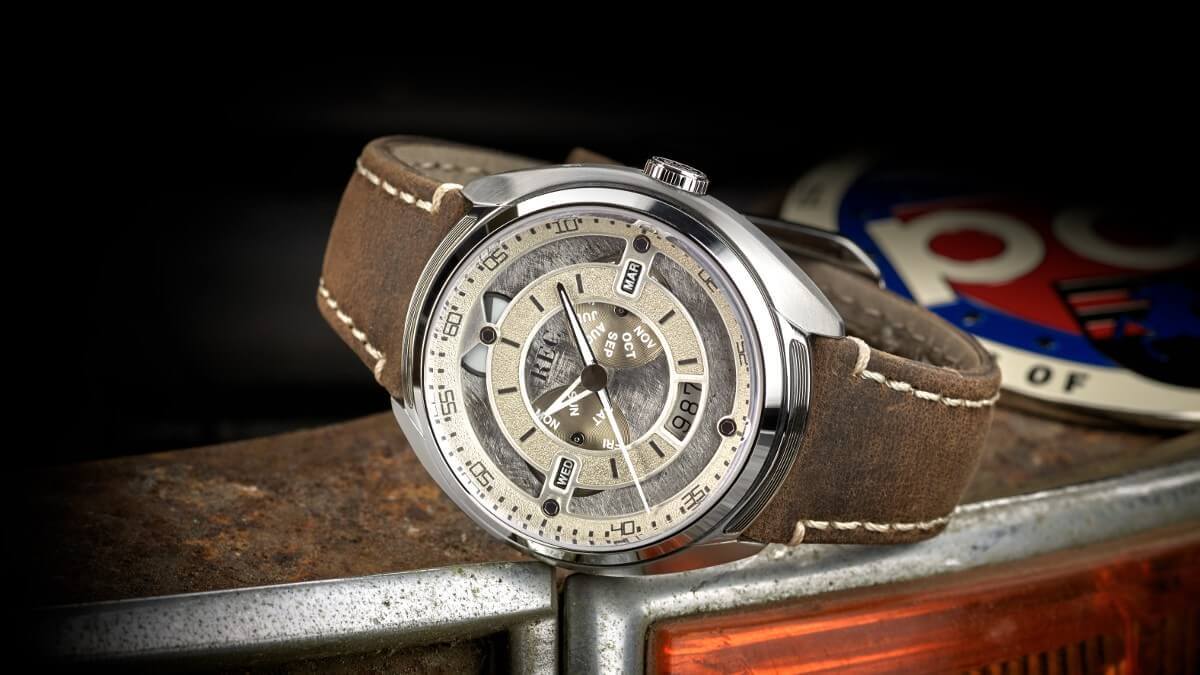 Many watch makers offer wristwatches and chronographs inspired by car manufacturers or special car models. REC Watches takes a step more and uses a special car as material source. The clockface of their model 901 is made from metal cut out from the bodywork of a Porsche 911. It is stretched and painted in a semi-transparent grey paint to show its individual scratches and patina. Because of that every watch looks a little different and unique. Next to the quite raw clockface is the housing in brushed stainless steel.

In upper area of the clockface a display shows the clock status inspired by fuel and oil dials of early Porsche 911s. If the clock is fully pulled up the displaya shows black with models 901-01 and 901-03 and white with 901-02. During time this changes to redorange with the first two or black with 901-02. Next to time and status the clockface also shows day, month and date, inspired by the five displays of a Porsche 911. Even the font of the second indices all around are done in typical Porsche style. 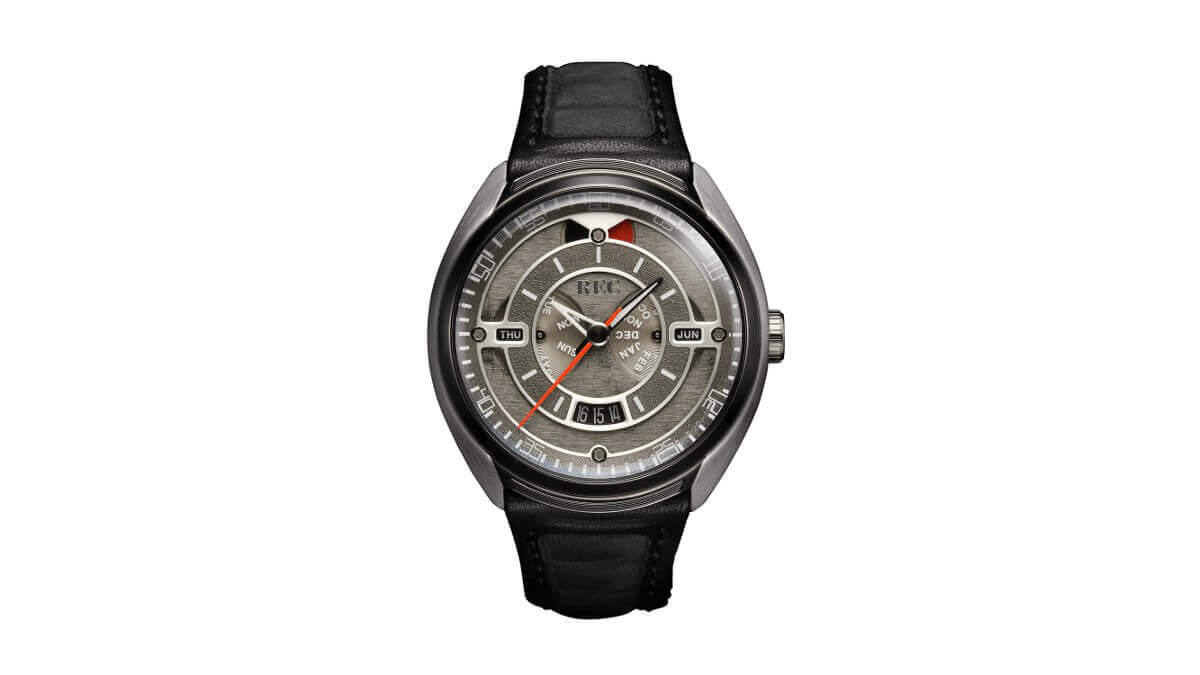 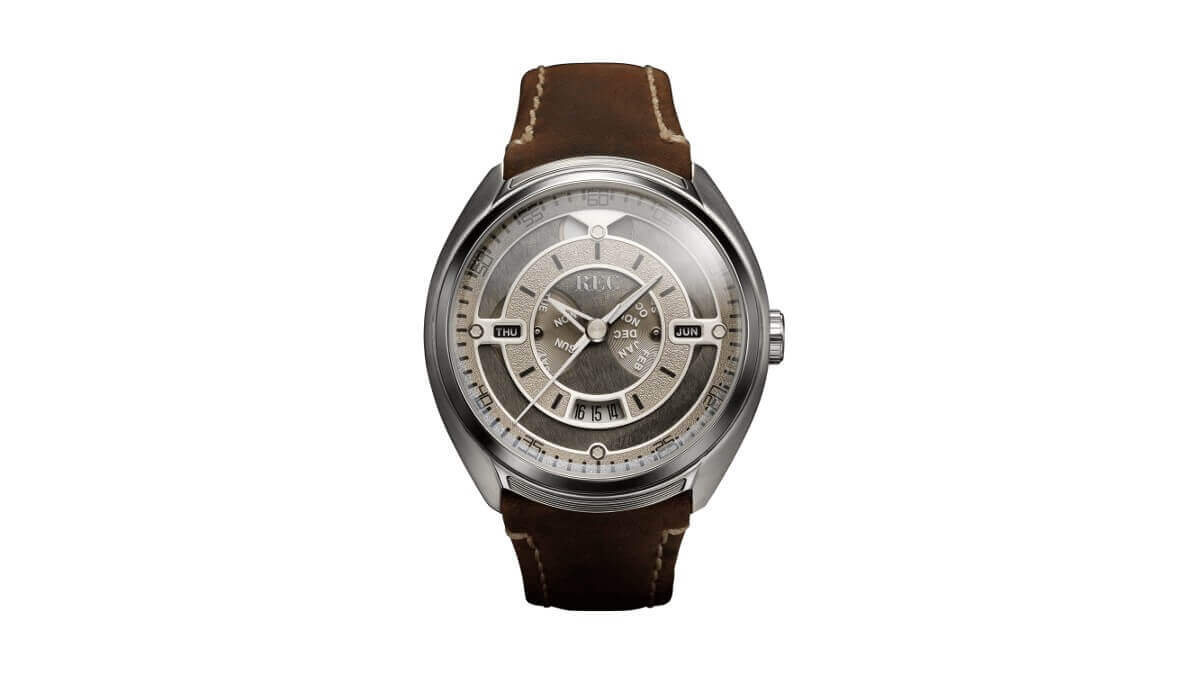 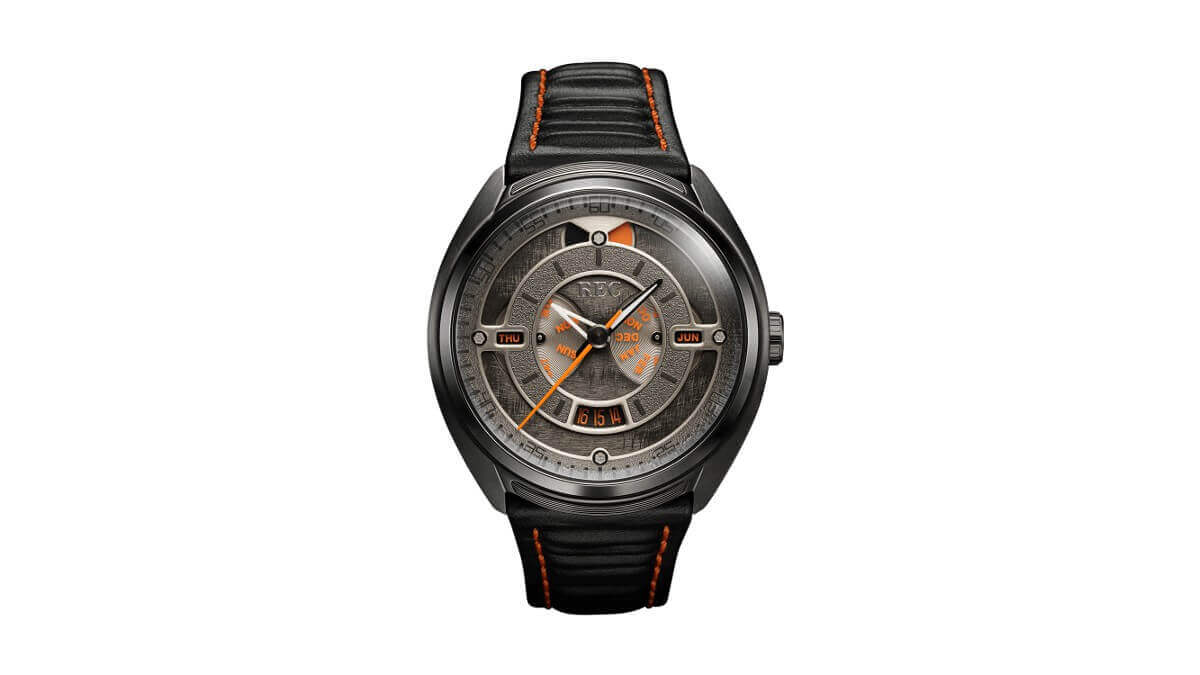 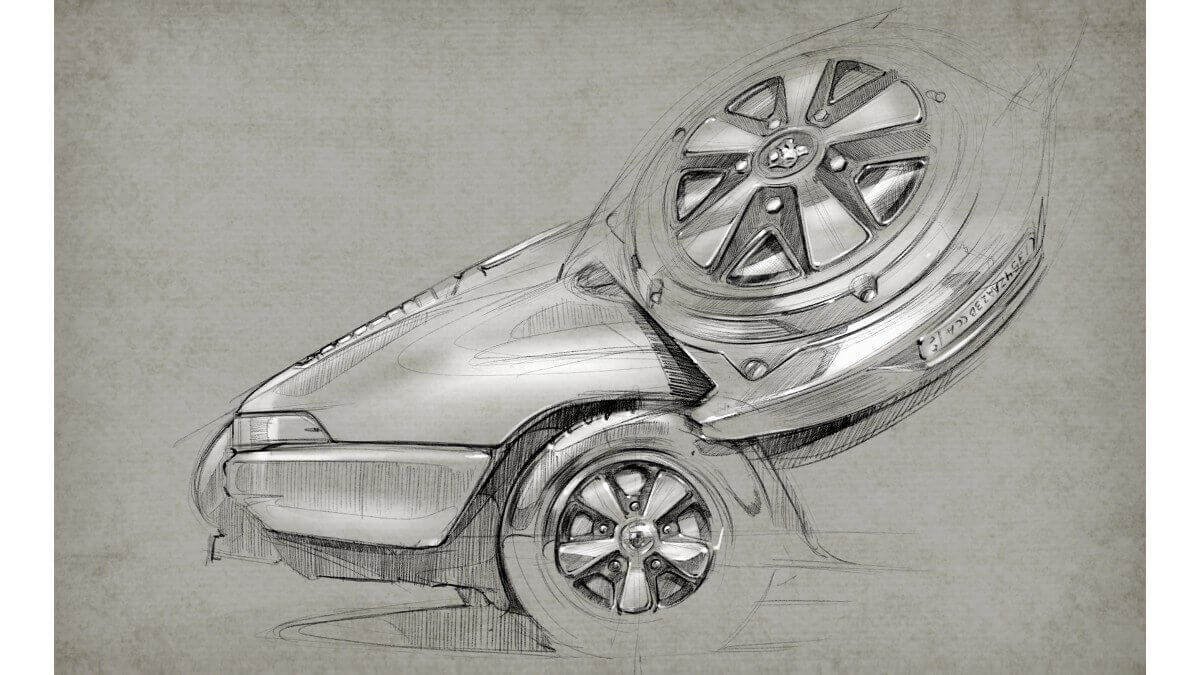 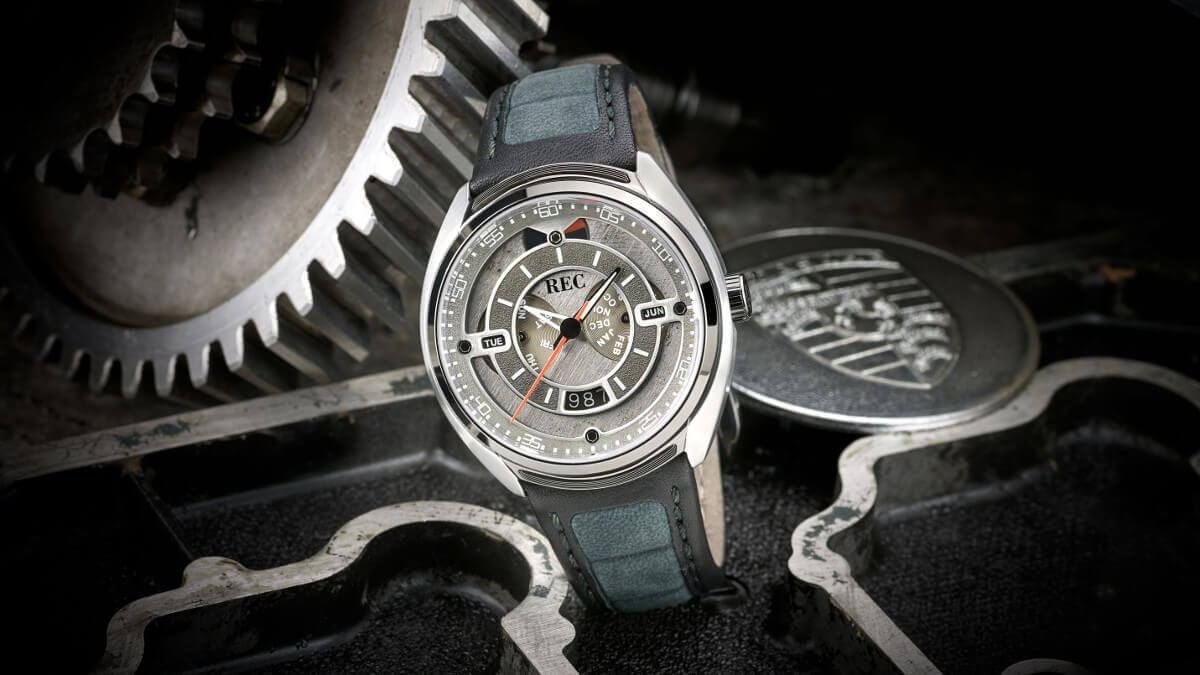 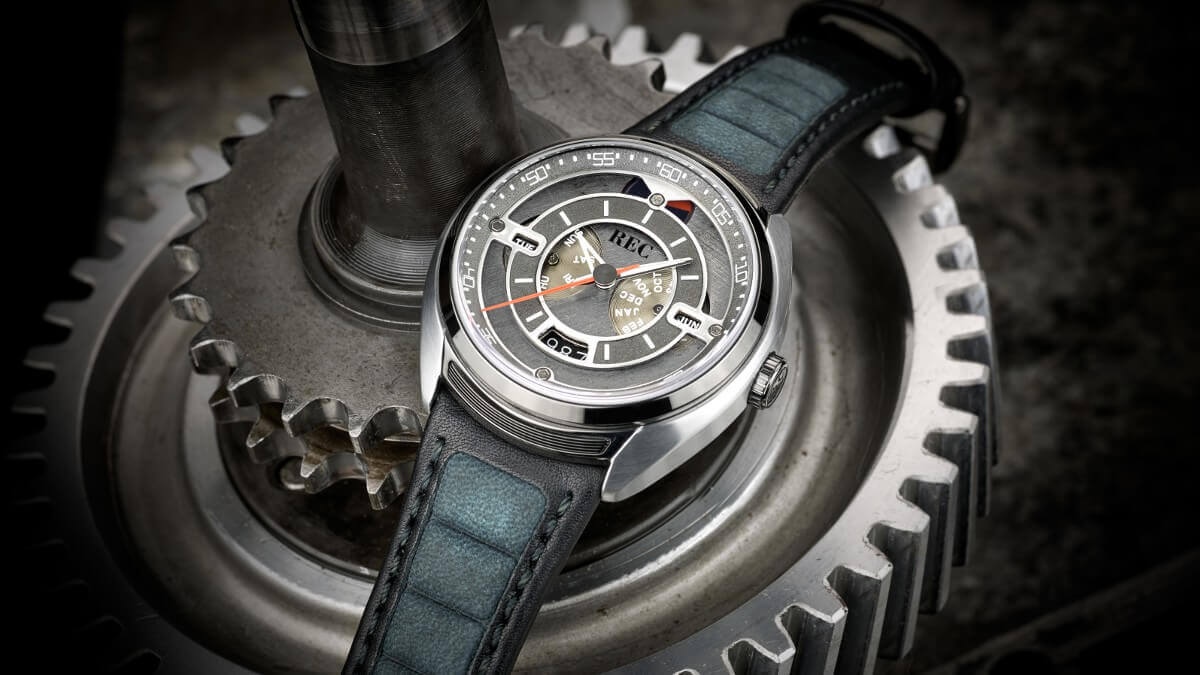 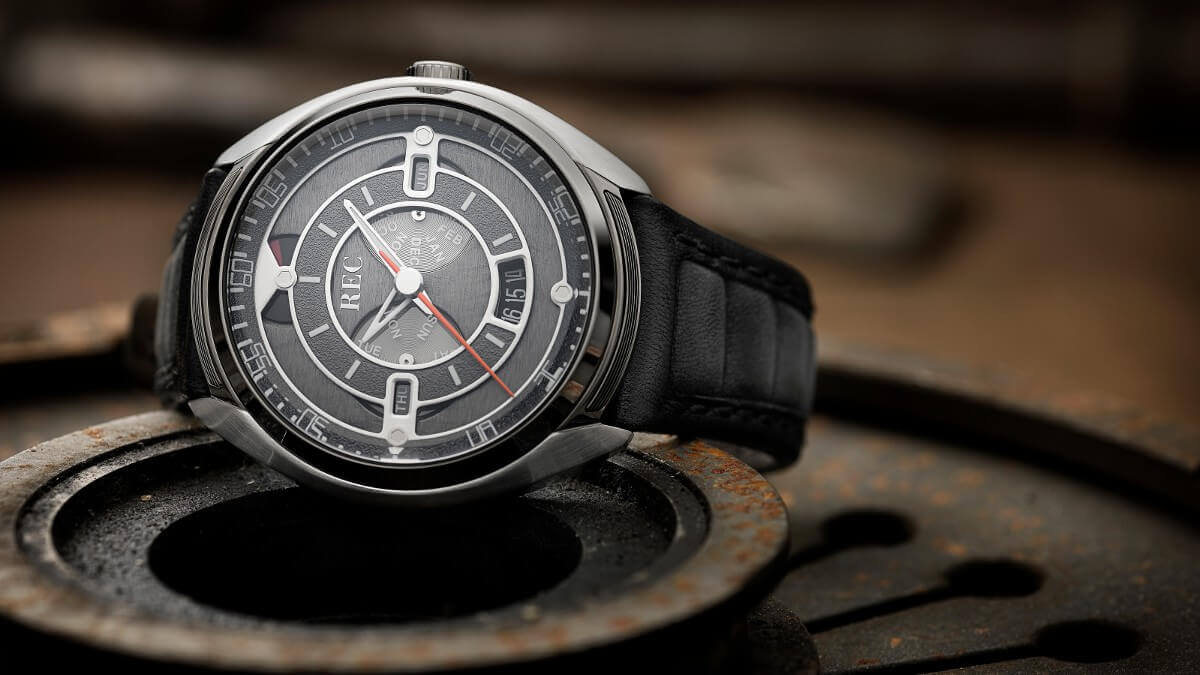 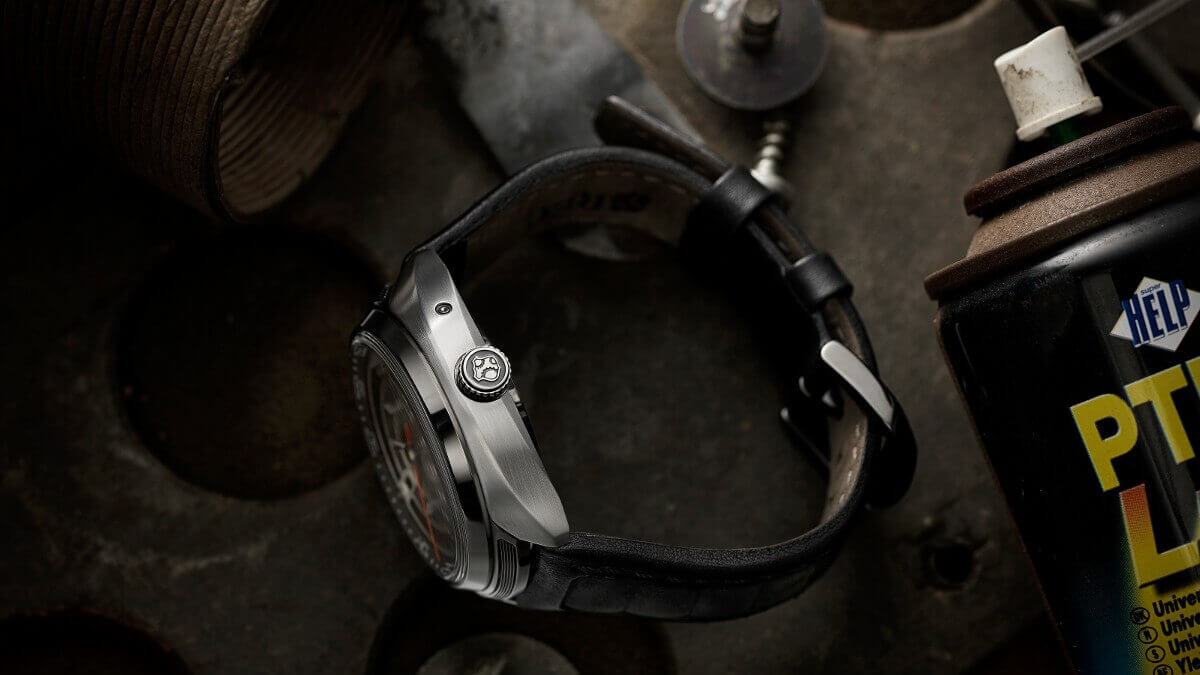 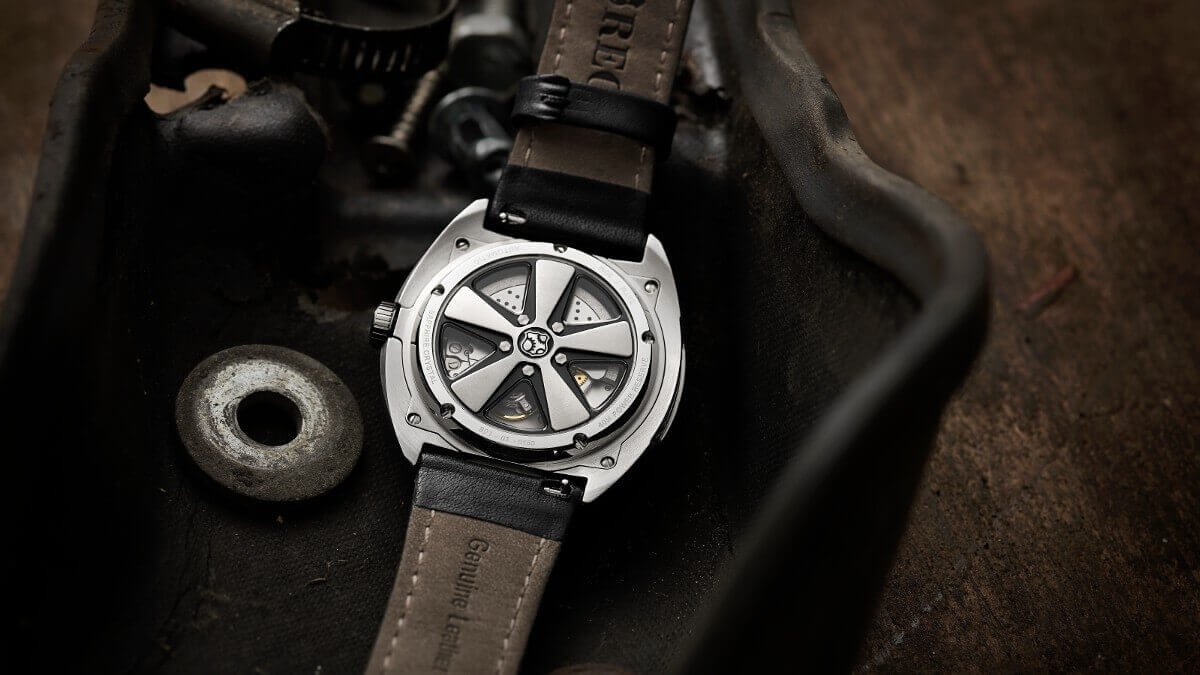 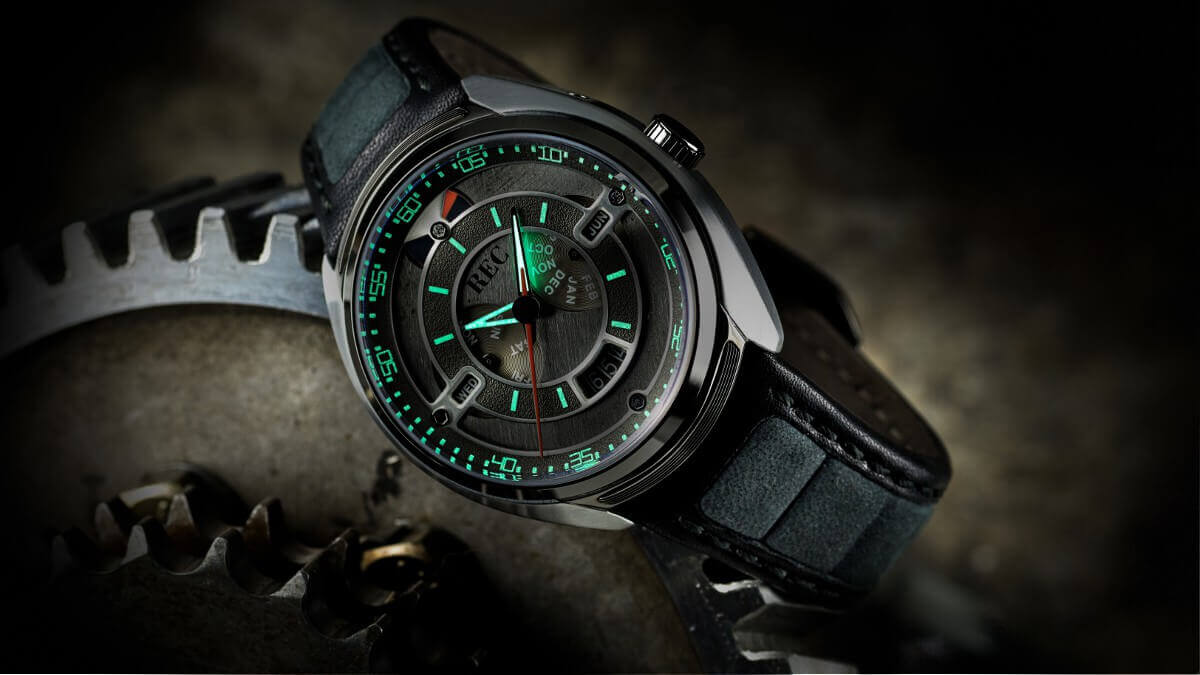 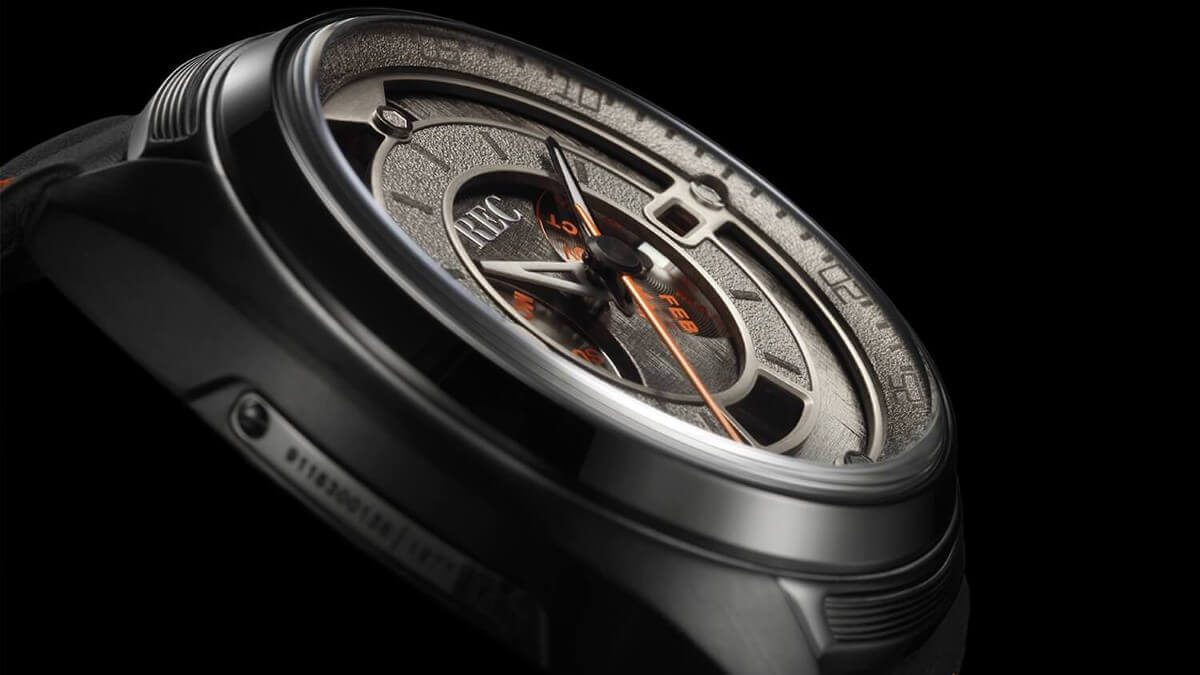 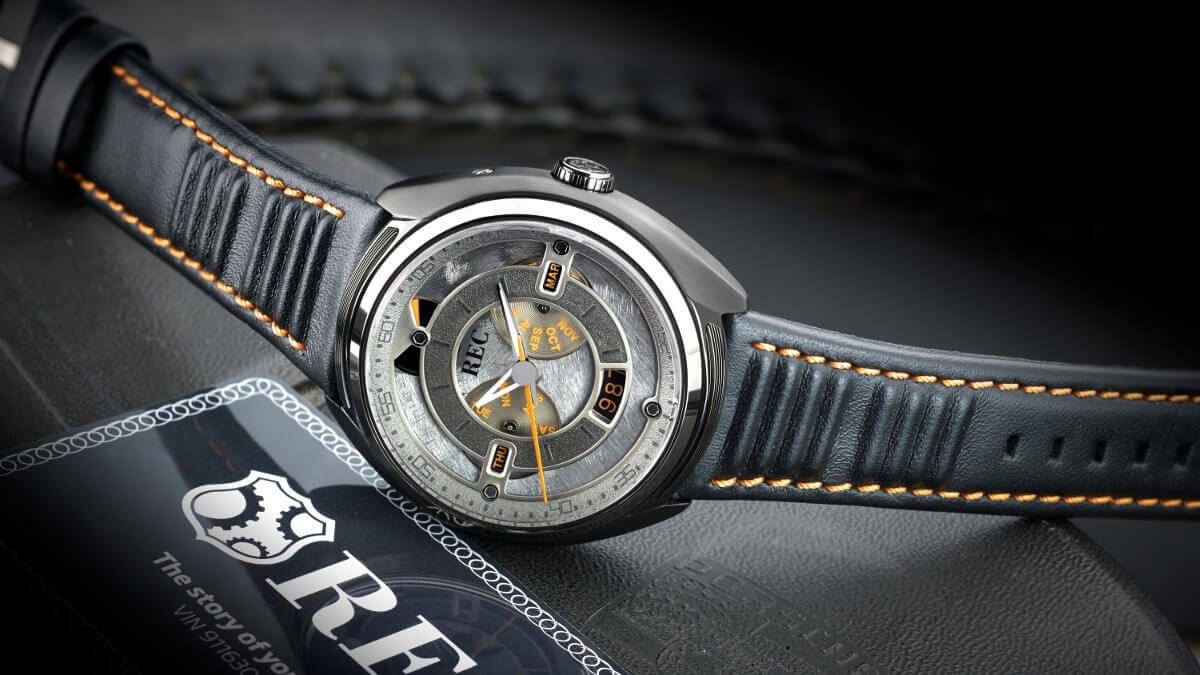 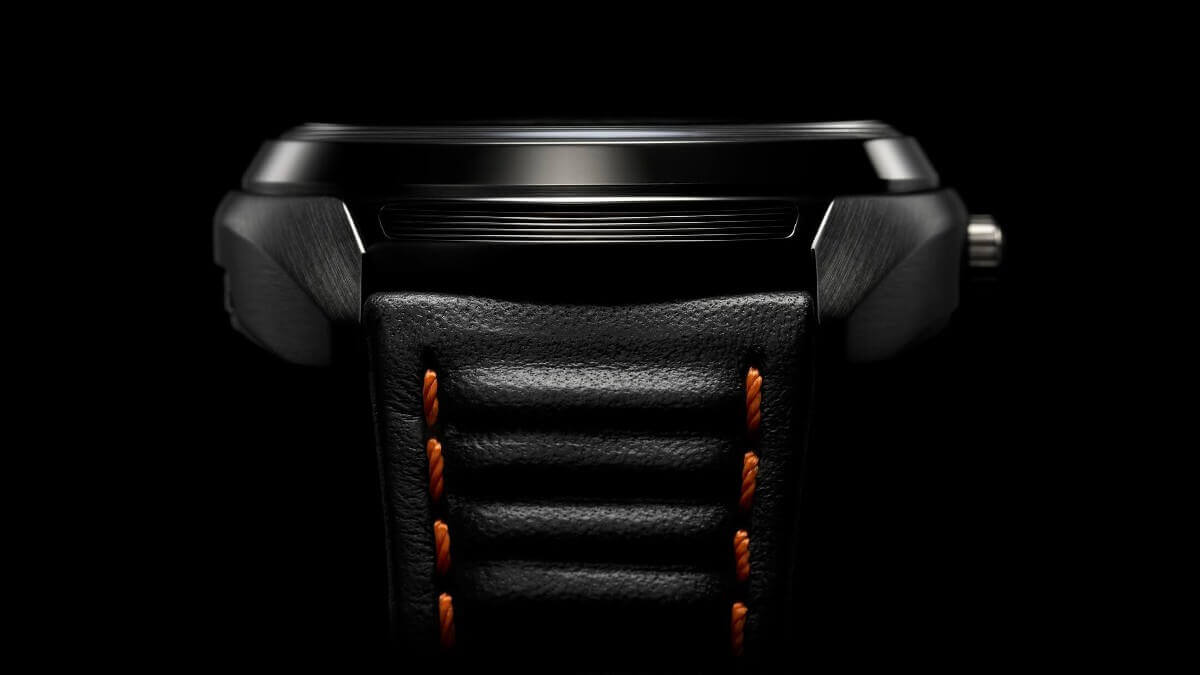 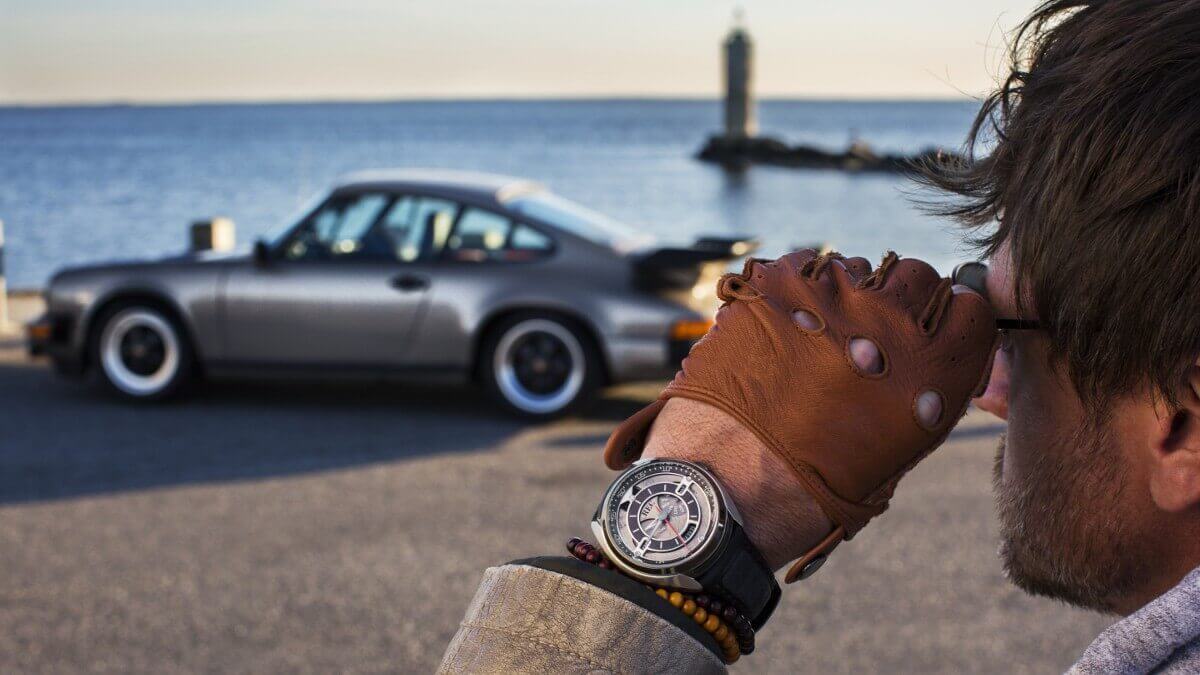 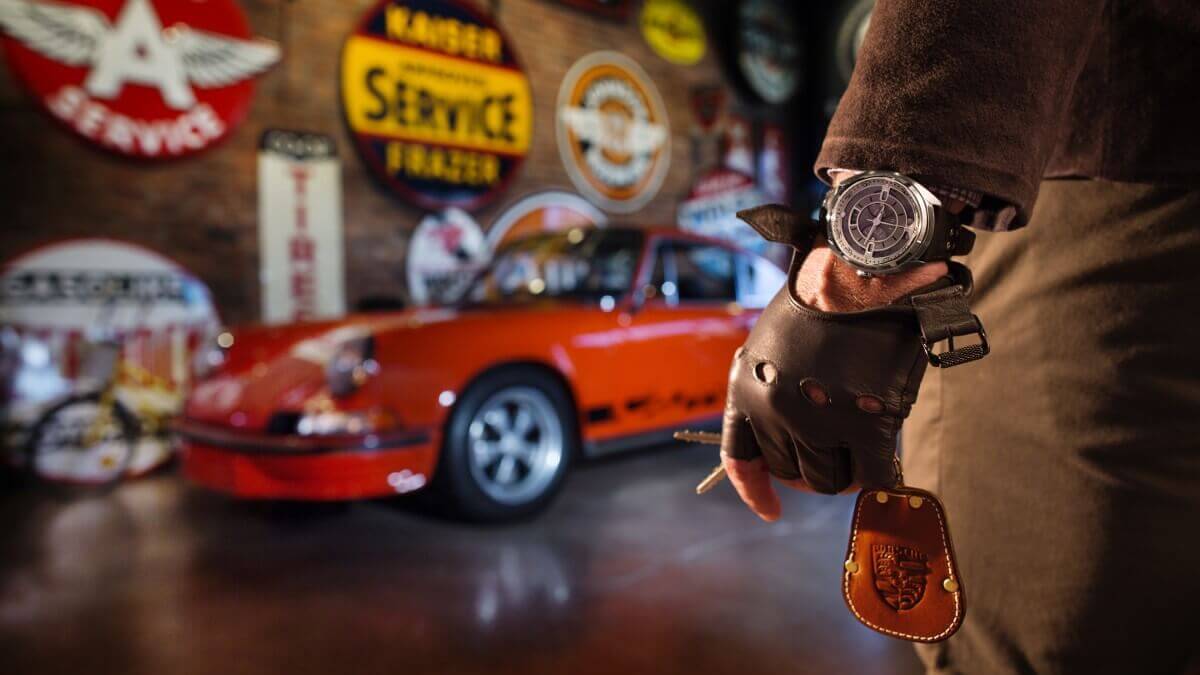 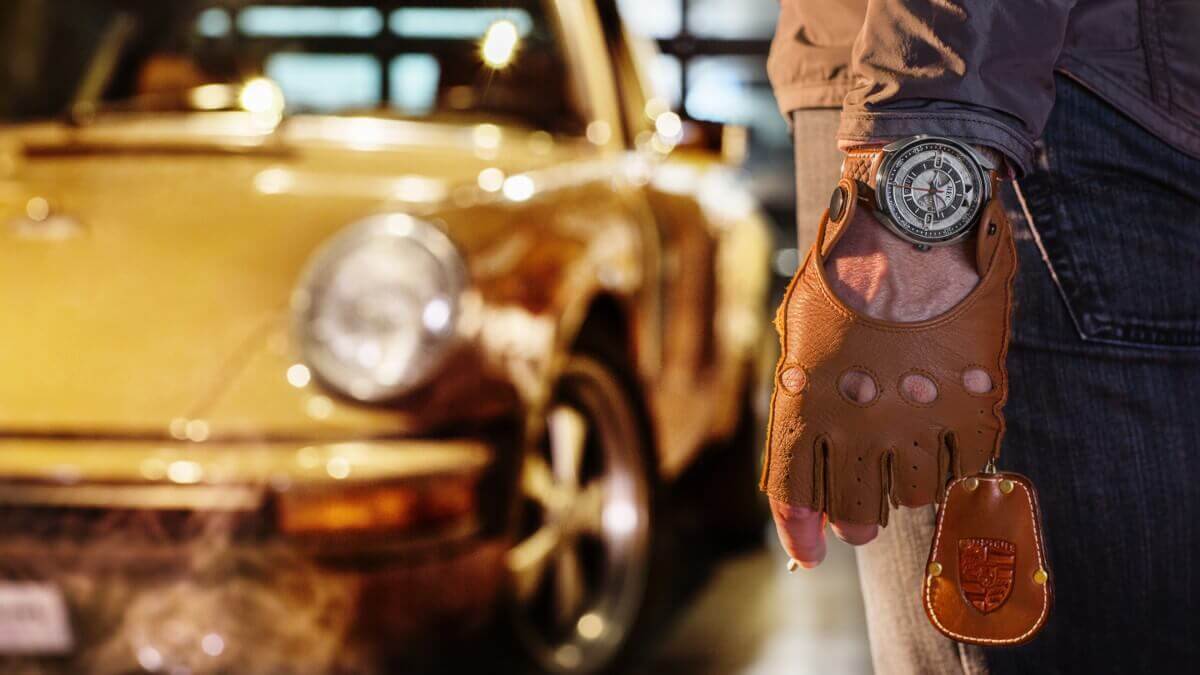 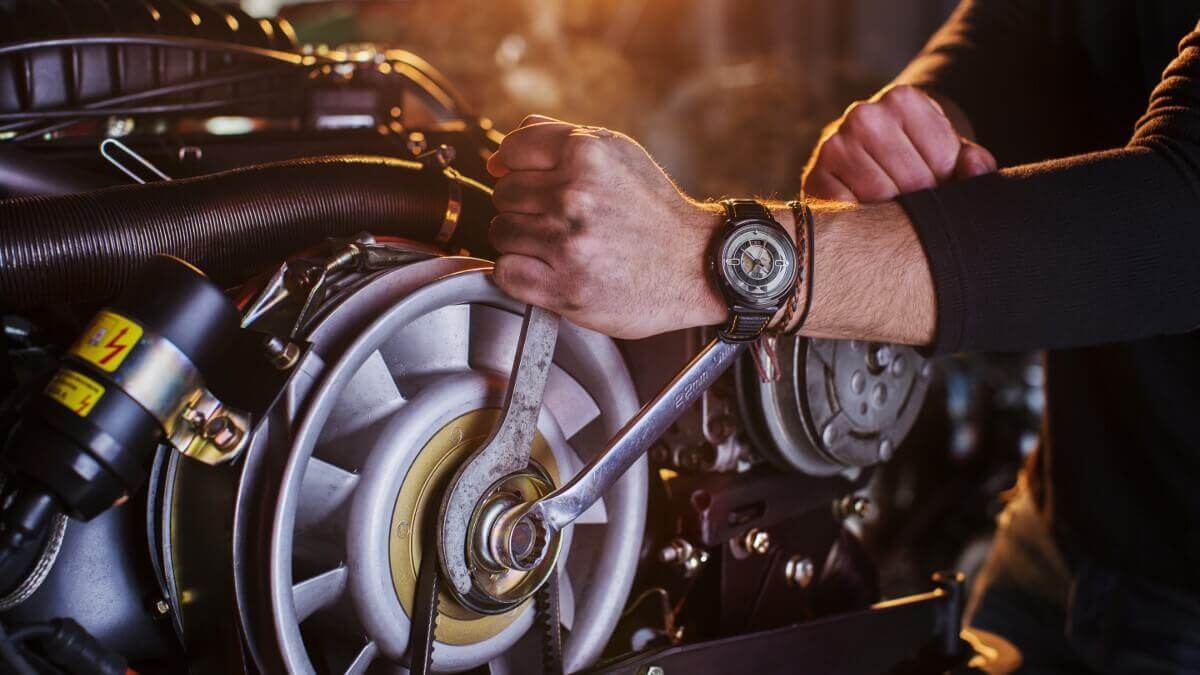 On the backside a transparent housing part shows supporting parts formed like the legendary Fuchs alloy wheel and a small part of the Miyota automatic clockwork calibre 9100. In transition between housing and bracelet the metal is styled like the rear bonnet of a Porsche 911 with the characteristic cooling opening. The crown shows a badge designed like the horn button of early 911s with the blazon of REC in the middle. It shows three gears, one each for ‘Recover’, ‘Recycling’ and ‘Reclaim’, the DNA of REC. On the opposite side a metalplate shows engraved VIN of the used Porsche 911.

REC offers three different color variants of the 901. Each new owner gets a digital story card that can be scanned by smartphone. Within a video you can see history, stories and some info about the origin of the used Porsche 911. Each clock is waterproof until 30 meters and comes with two years of guarantee. Price is 1,495 Euros including free worldwide shipping.