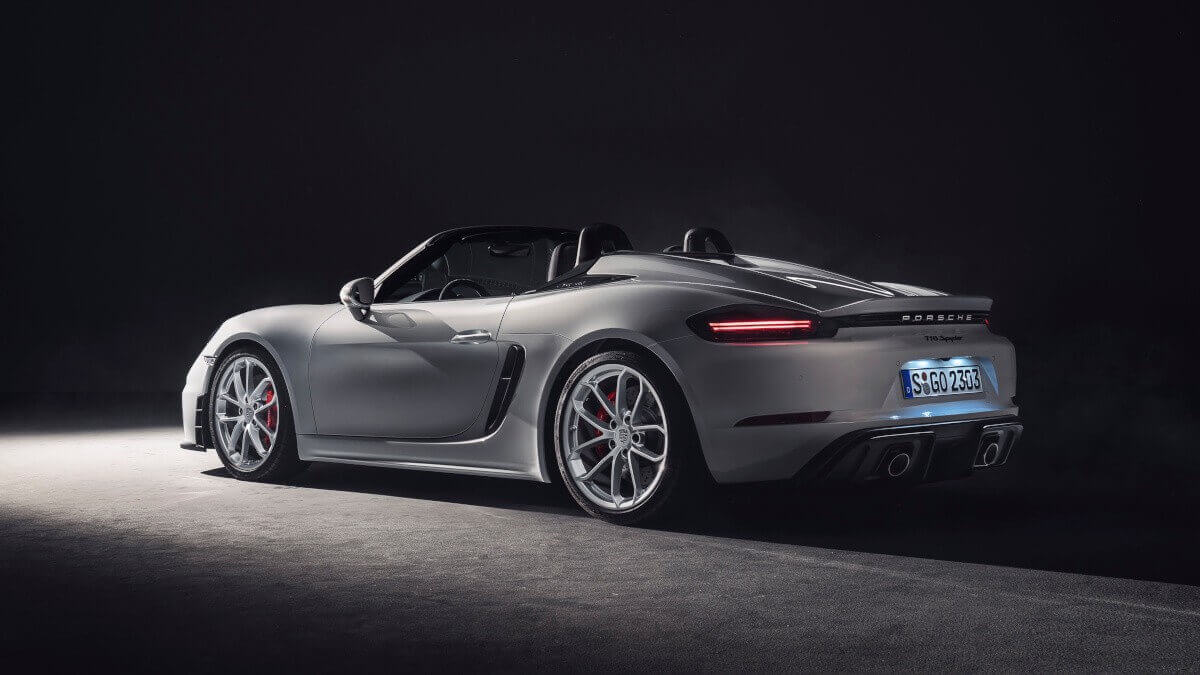 It had already emerged in recent months and was underpinned by various prototype sightings: Porsche complements the entry-level sports cars of the 718 series with new top variants above the respective GTS offshoots of Boxster and Cayman. For those two new versions they again use names which were already used on previous generations. The open two-seater is called 718 Spyder (without the Boxster title), while the Coupé is called 718 Cayman GT4 and thus again represents the entry into the GT road models of Porsche. While the normal 718s are only available with turbocharged four-cylinder engines, Porsche finally heart silent (and sometimes not even silent) prayers of their fan base and mounts naturally aspirated six-cylinder engines into these two new variants.

Behind the passengers of the 718 Spyder as well as behind the bucket seats of the 718 Cayman GT4 sits a newly developed six-cylinder boxer engine with four liters of displacement. Porsche states a performance of 309 kW/422 hp. This means that there are 45 hp more available than in the Boxster Spyder and 35 hp more than in the former Cayman GT4. In addition, the engine provides a maximum torque of 420 newtonmeters. A six-speed manual gearbox transmits the power to the rear axle, where the PTV (Porsche Torque Vectoring) with a manual slip differential distributes the power between the wheels. With the 718 Spyder a topspeed of 187 mph is possible, while the 718 Cayman GT4 reaches up to 189 mph. The acceleration time of both models isn’t different. Both reach 62 mph in 4.4 seconds. In addition to an Otto particle filter and an adaptive cylinder control with a shutdown function of one cylinder bank in the partial load range, Porsche uses for the first time piezo injectors in a high-revving engine. These subdivide each injection process into up to five individual injections, which makes the combustion process cleaner and more exhaust friendly. 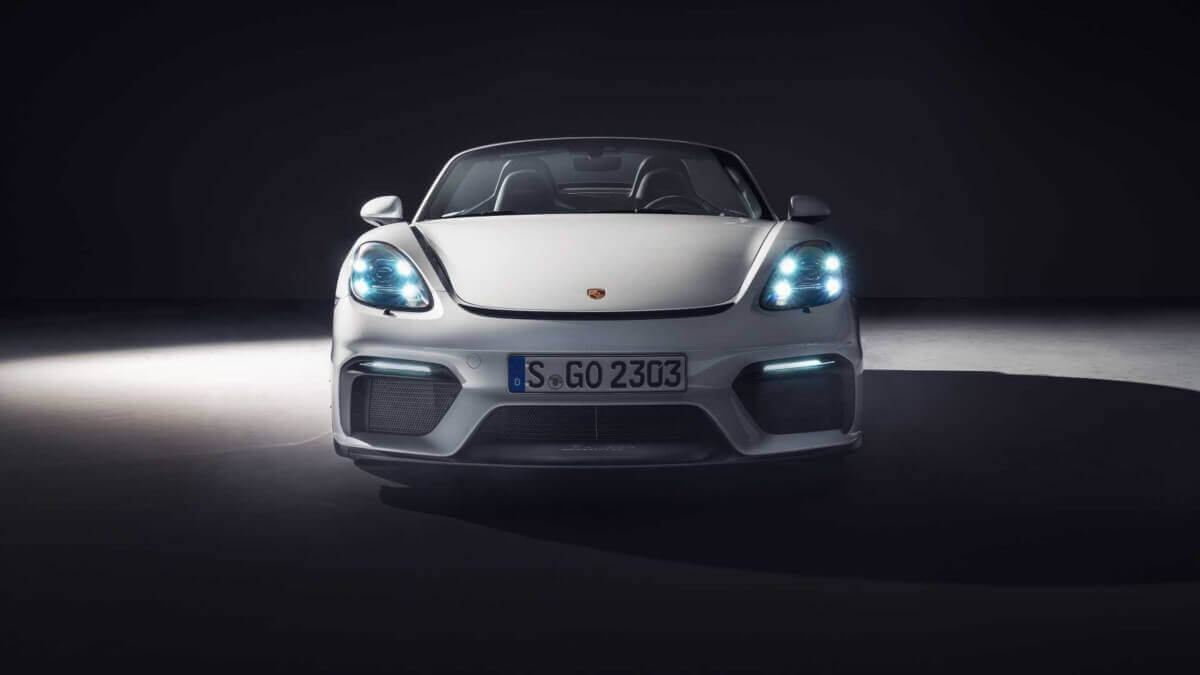 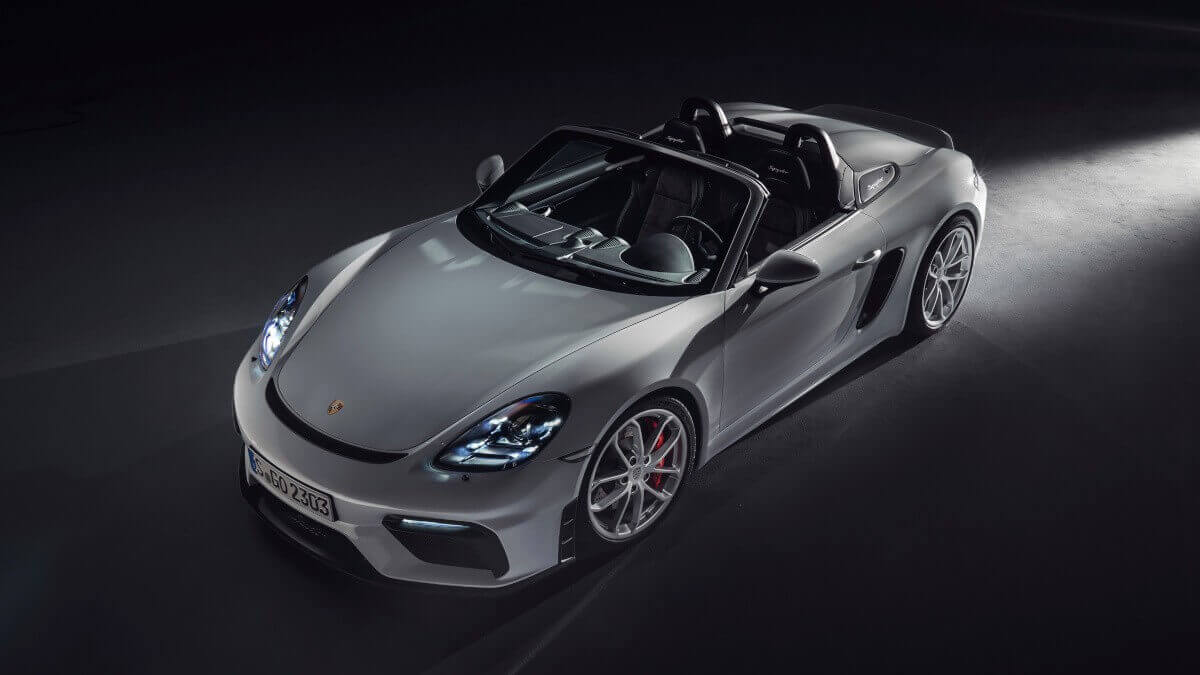 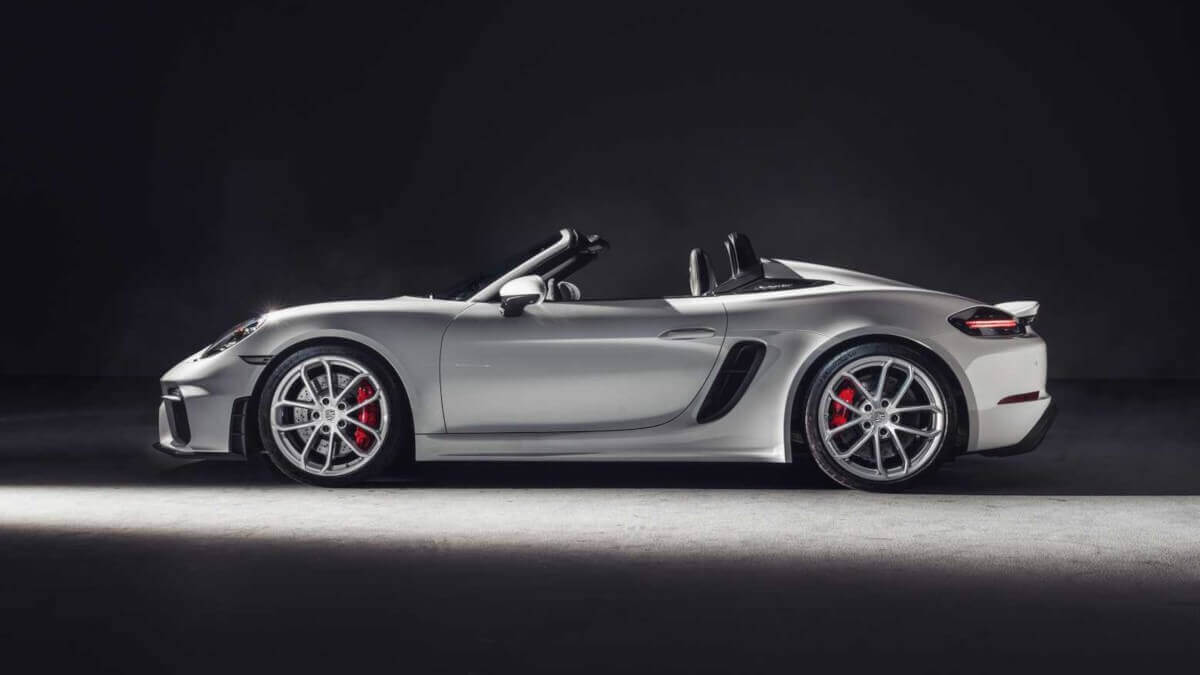 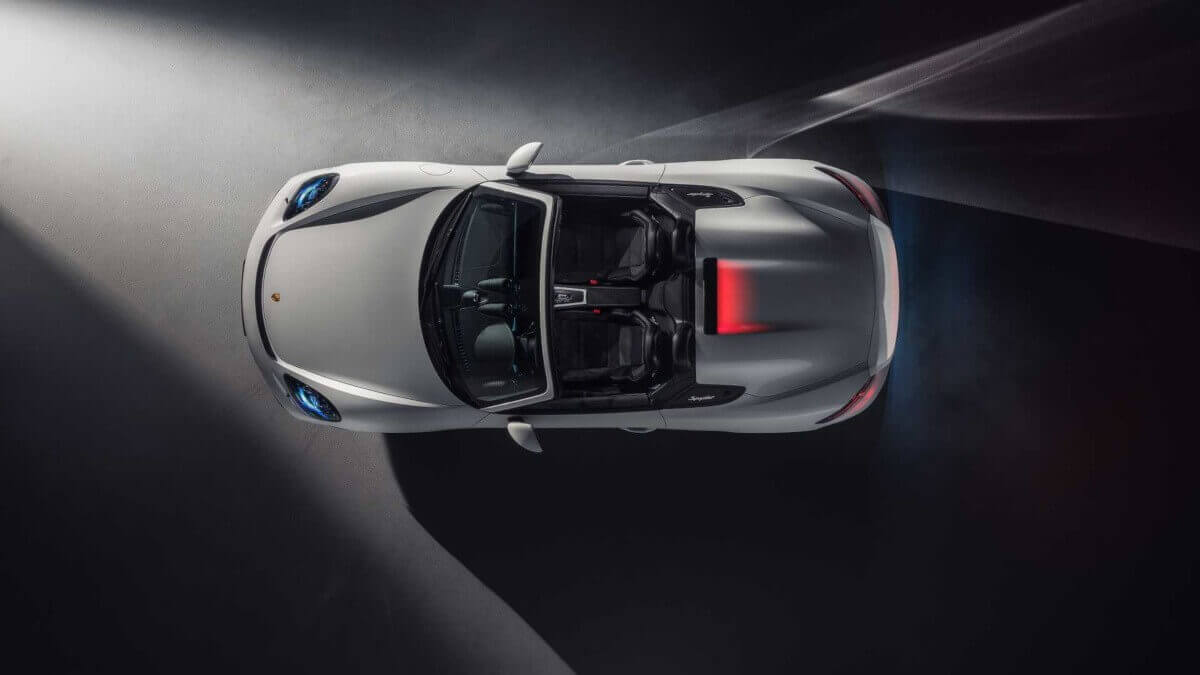 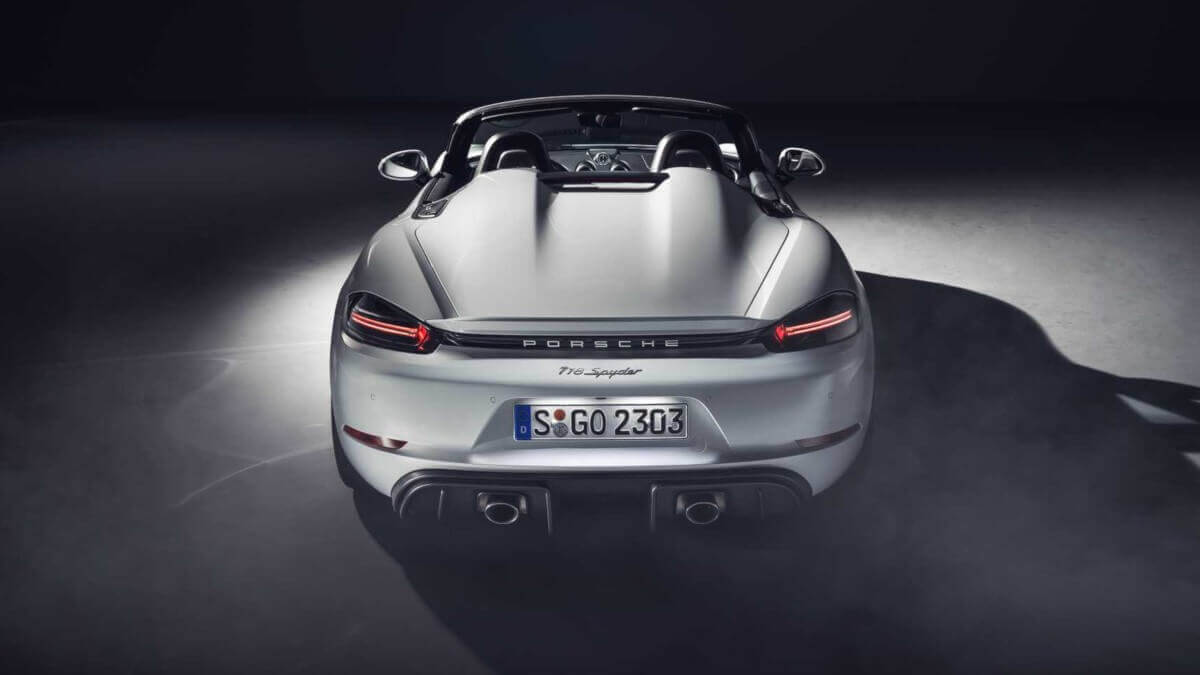 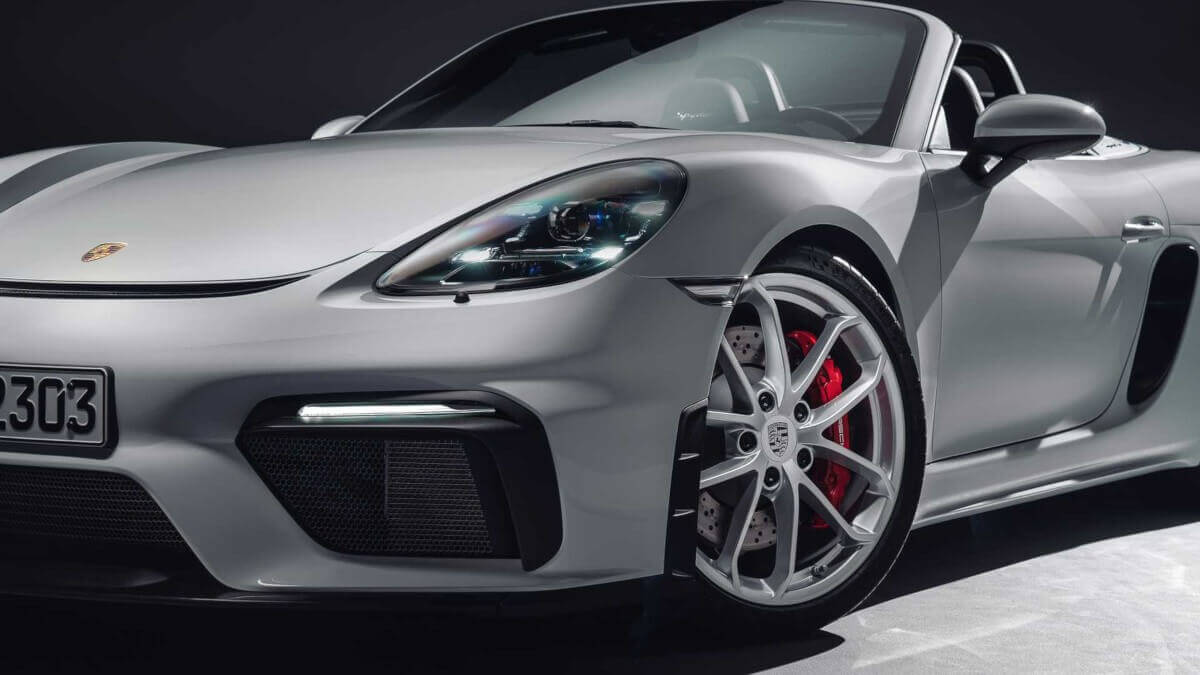 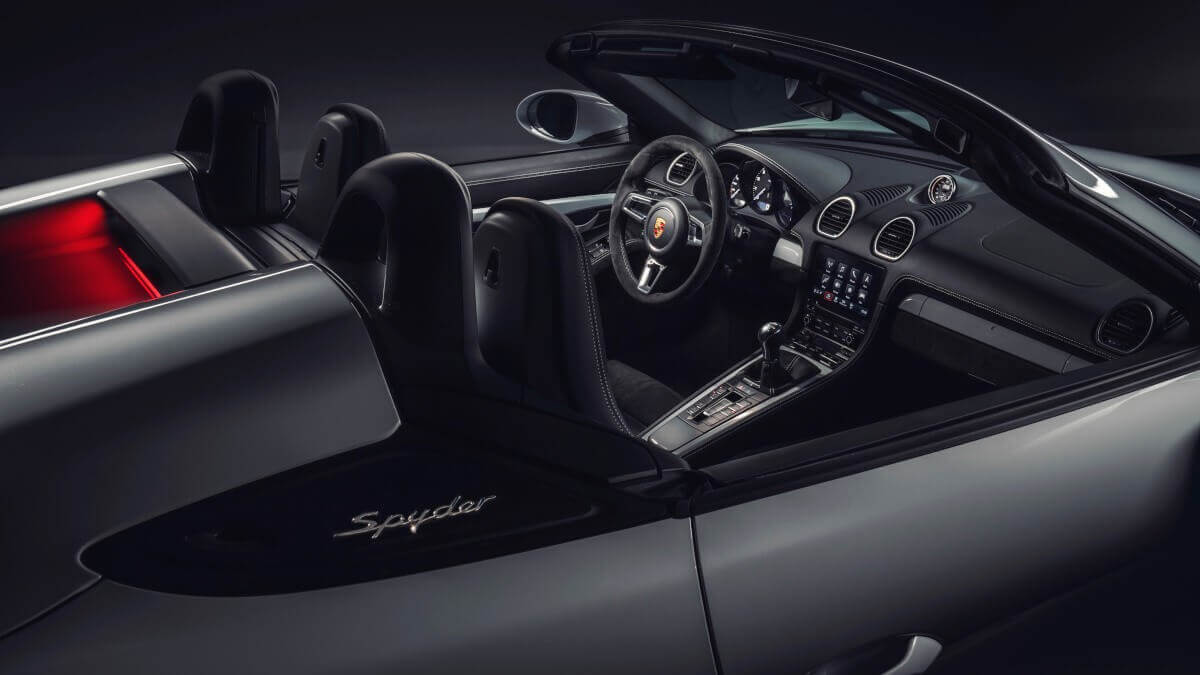 In naming the 718 Spyder is based on legendary predecessors like the 550 Spyder or the 718 RS 60 Spyder and therefore omits the model name Boxster. Compared to the normal models, the sportily designed front end with spoiler lip, radiator air outlet and side air curtain outlets as well as the rear with a new diffuser stand out. In addition, the Spyder receives a newly designed trunk lid, under which the manually folding fabric top can be stowed by hand. Between the taillights sits a spoiler lip, which automatically extends further at 74.5 mph to produce more downforce. Thanks to the diffuser, the 718 Spyder is the first member of the Boxster family with real downforce on the rear axle.

Underneath the bodywork sits a sports suspension tuned by the department responsible for the Porsche GT models, making the 718 Spyder a real hunter for curves and corners. Lightweight components from racing, ball joints and the PASM damping system (Porsche Active Suspension Management) with lowering by about 30 millimeters help to significantly increase lateral dynamics. In addition, the PSM (Porsche Stability Management) can be deactivated in two stages and otherwise shows a much more sensitive tuning. According to Porsche, the lap time on the Nürburgring Nordschleife dropped by more than ten seconds compared to the direct predecessor model. Of course, also the UHP tires (Ultra High Performance) as well as the optionally available PCCB brake system (Porsche Ceramic Composite Brake) are involved in this. While the pricelist of the 718 Spyder in Germany starts at 93,350 euros, in the US it is $ 96,300. 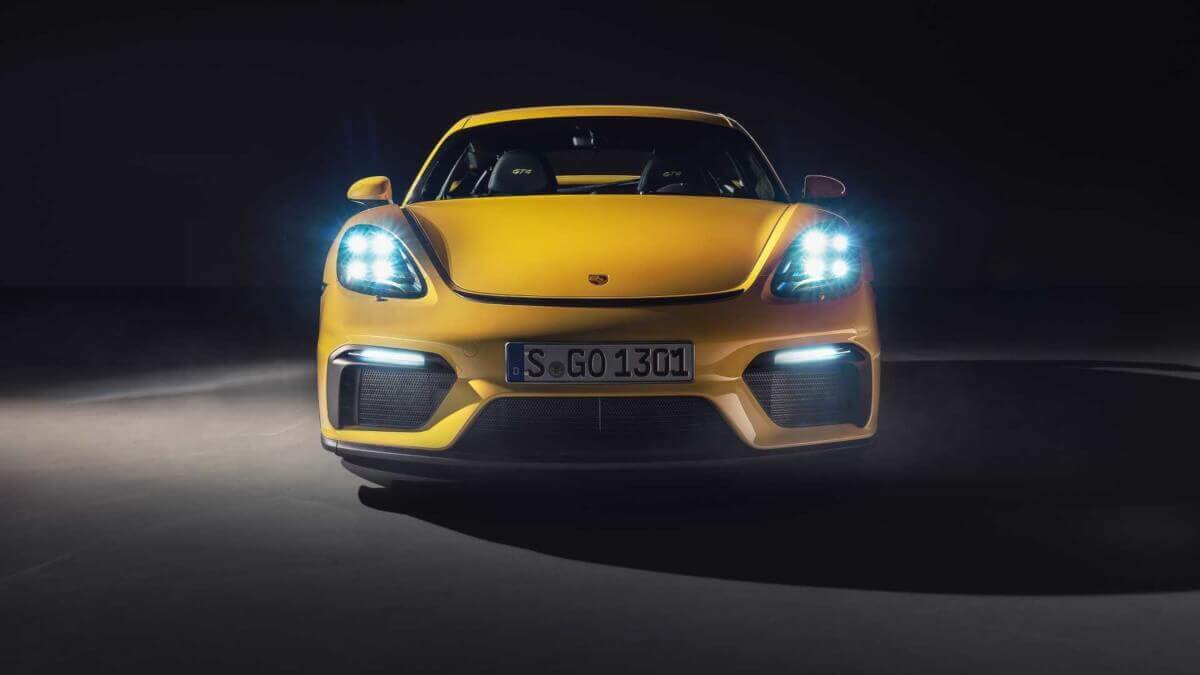 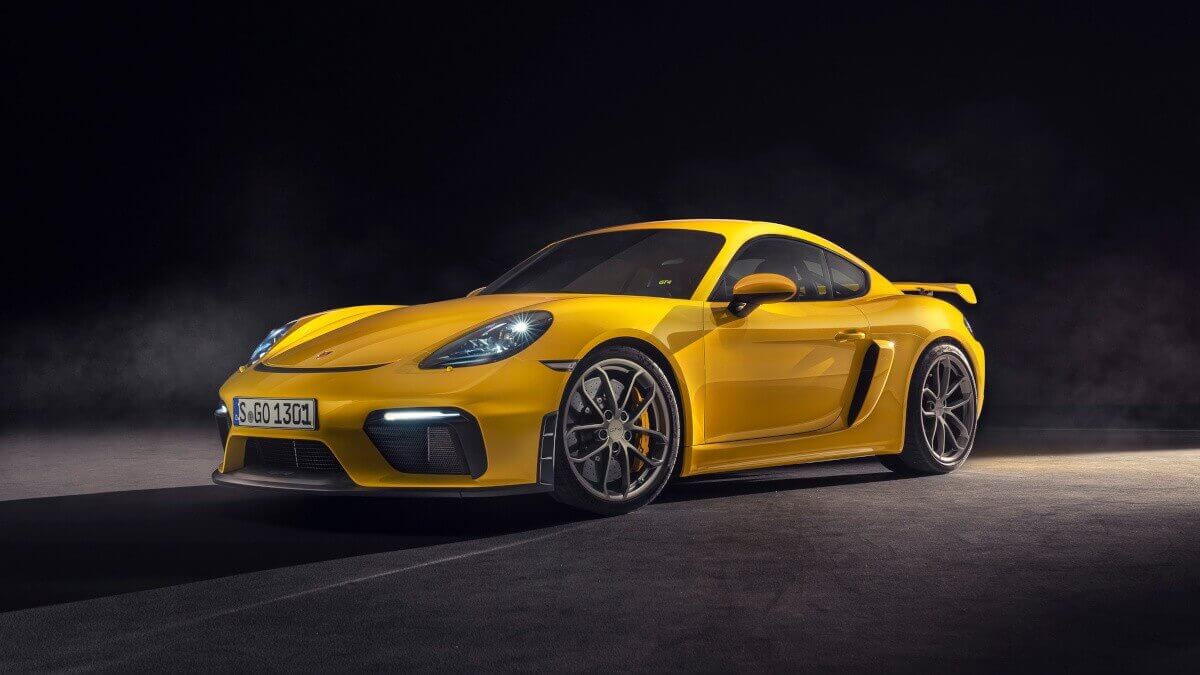 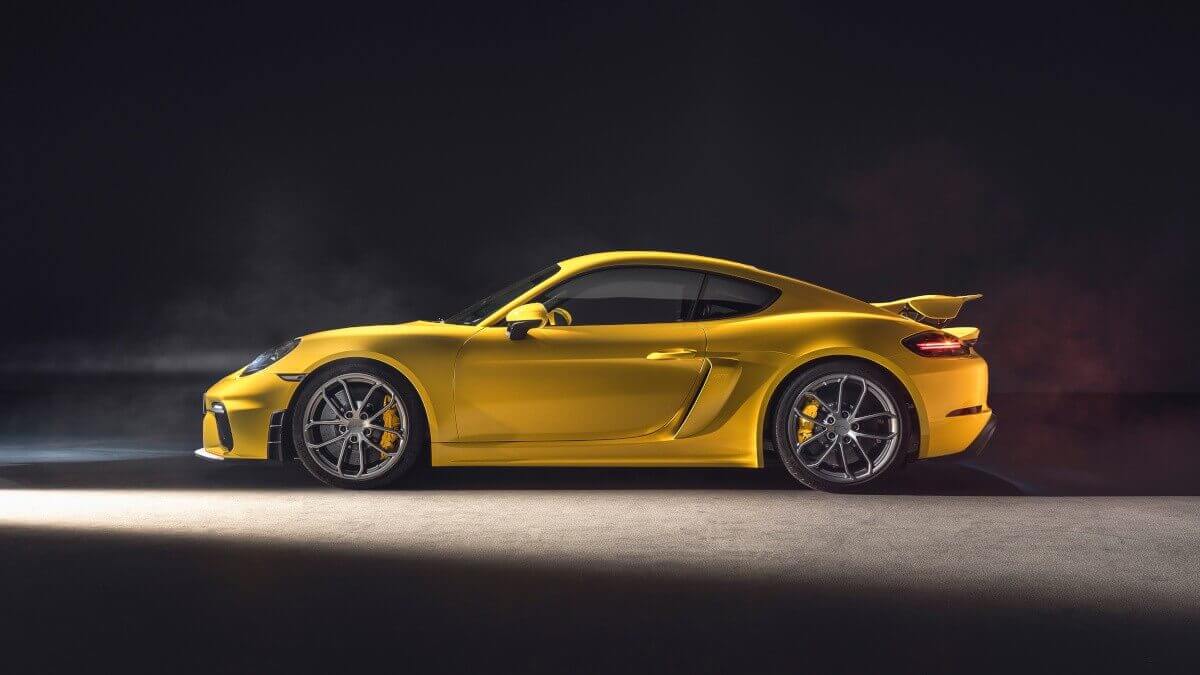 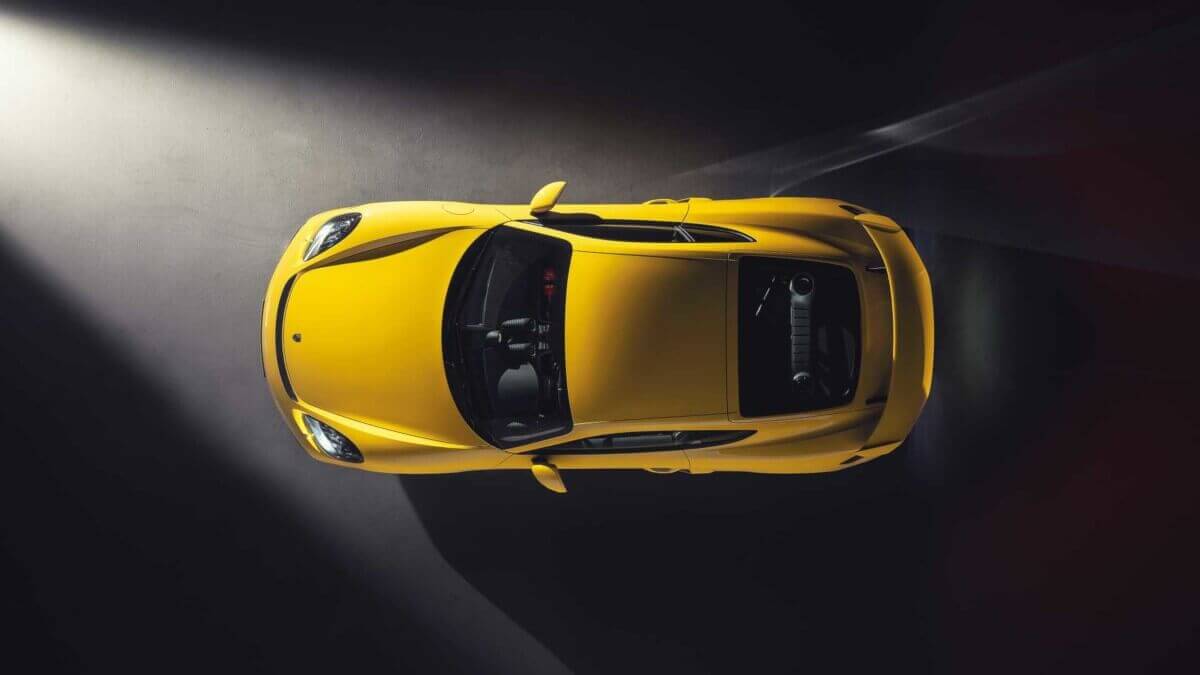 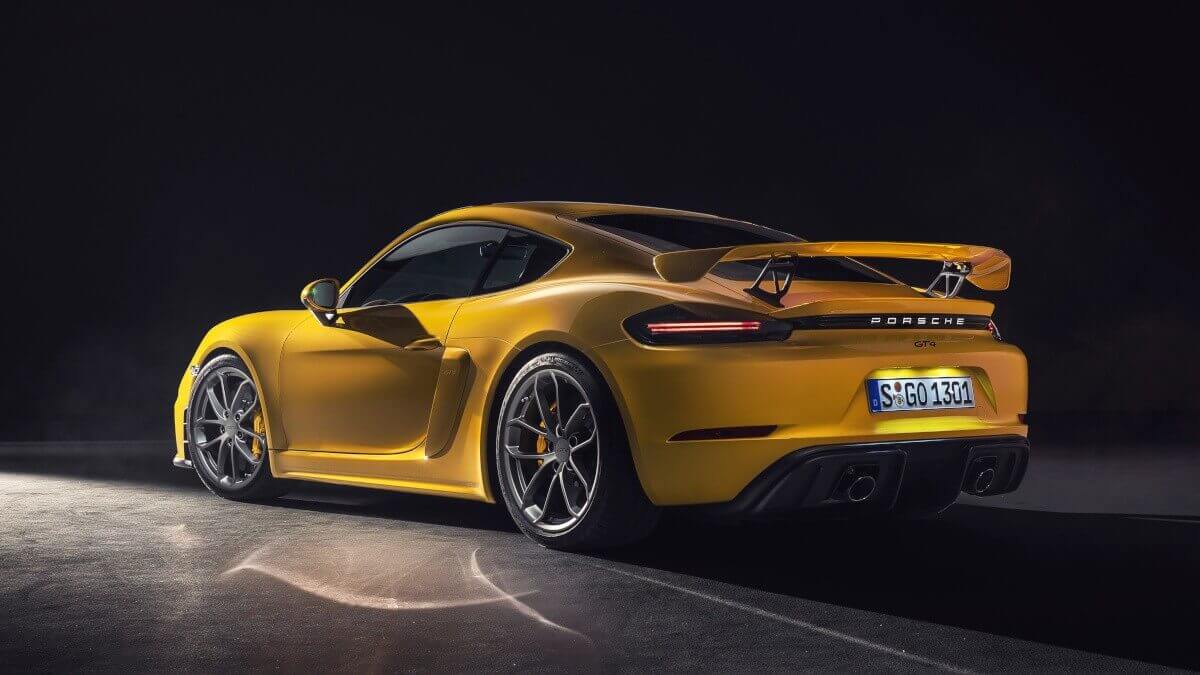 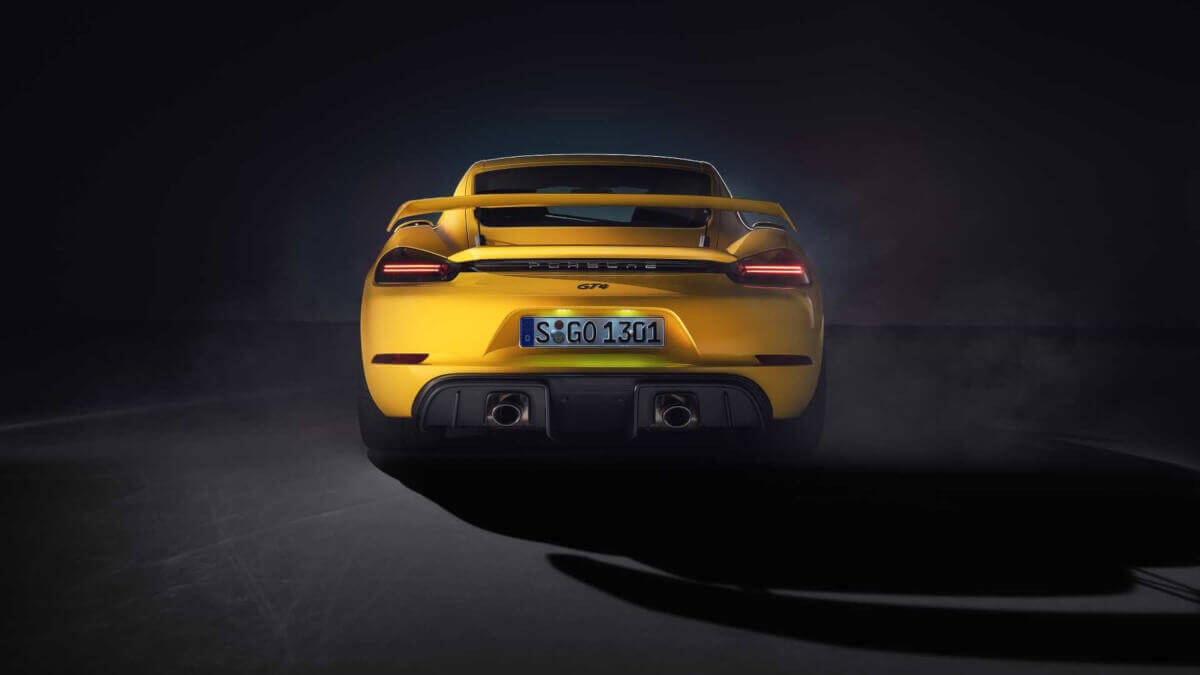 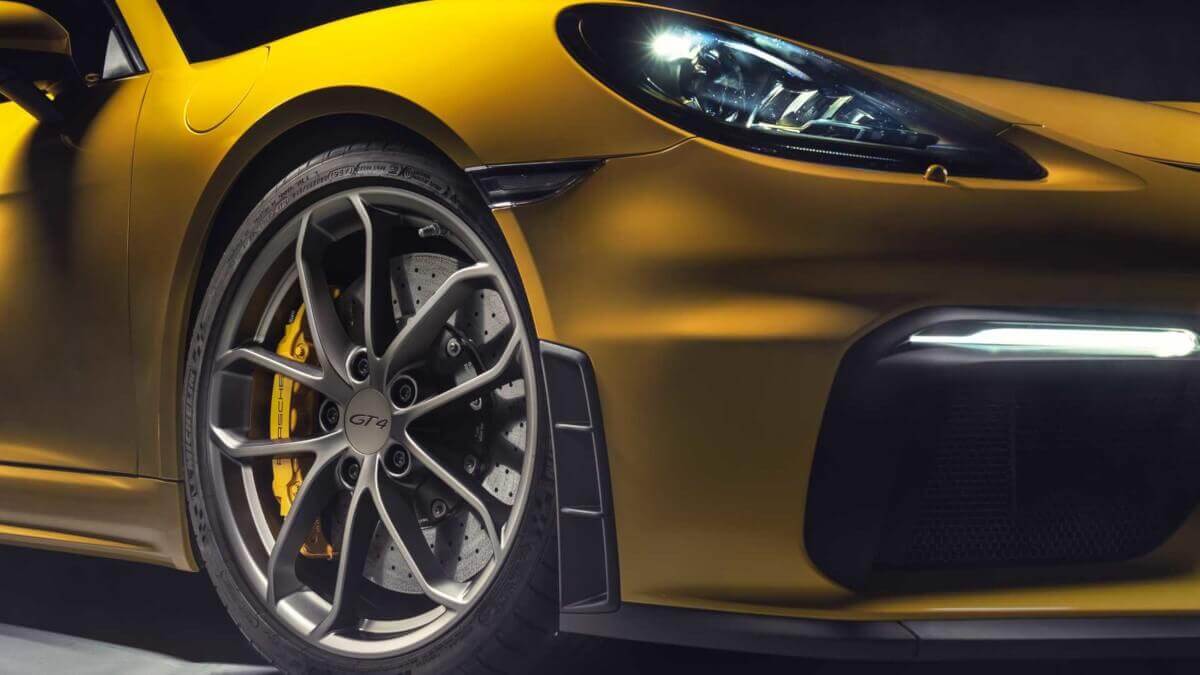 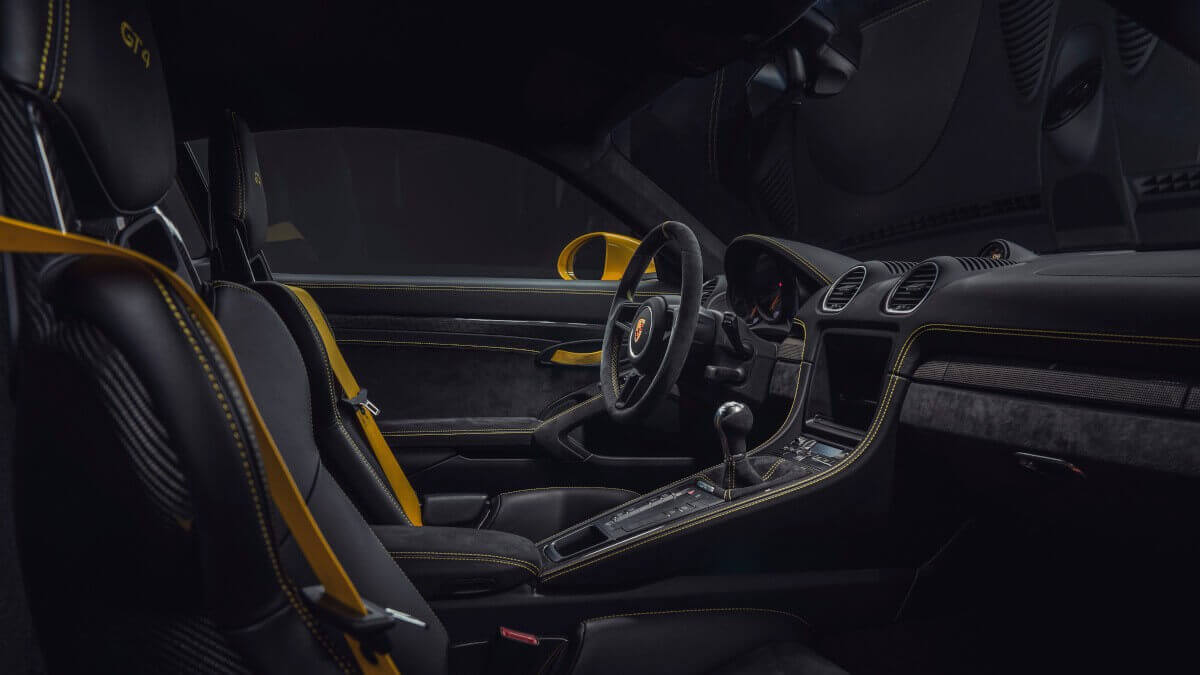 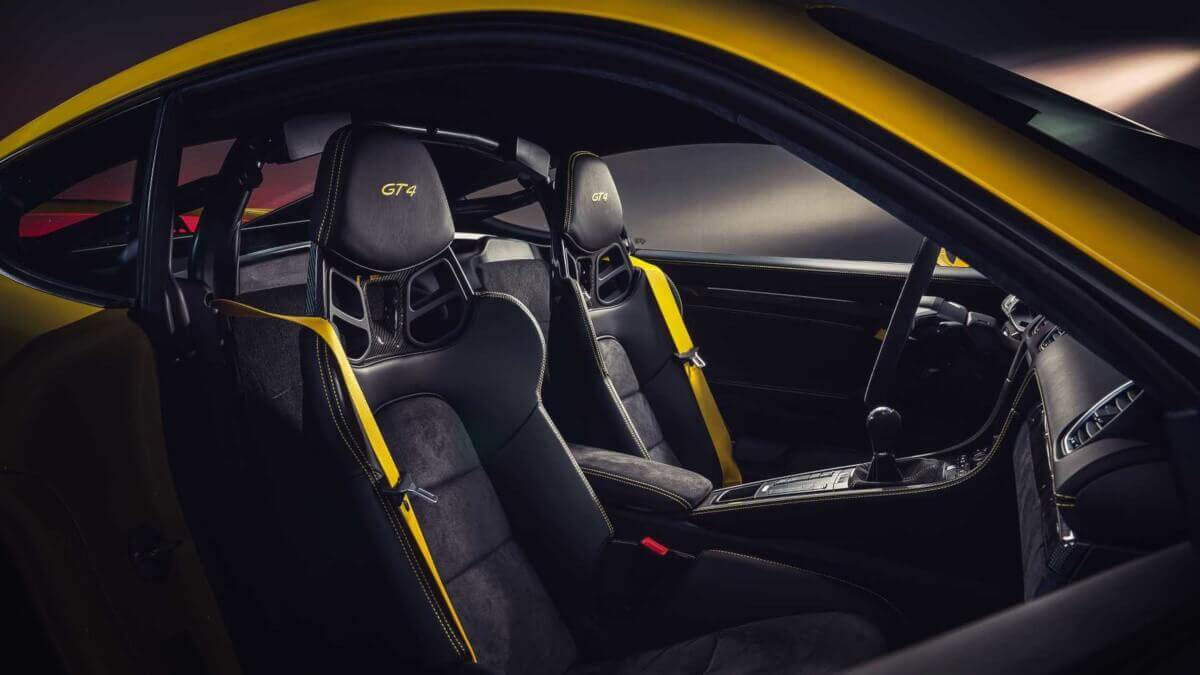 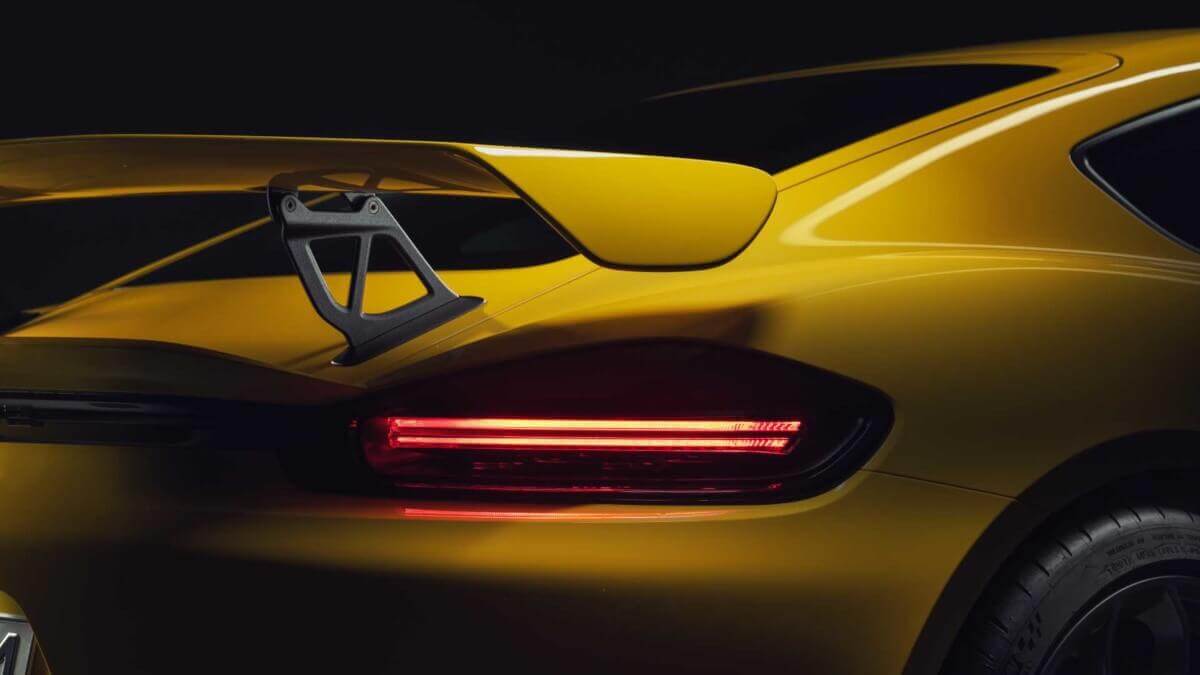 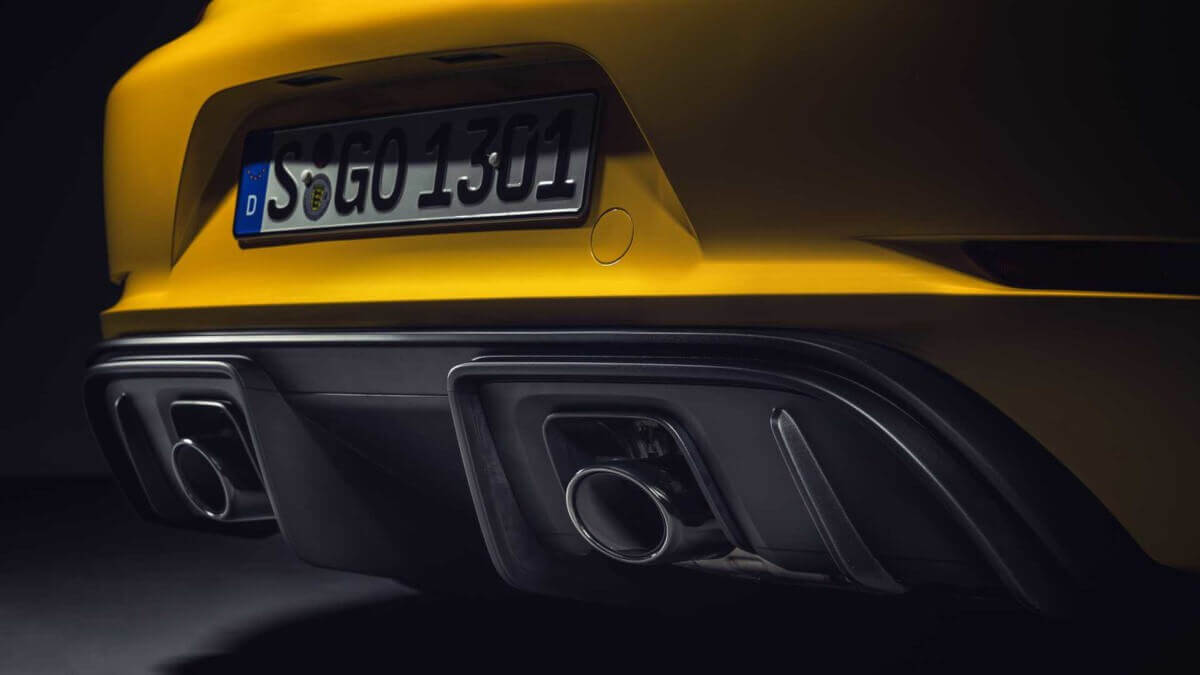 Compared to its predecessor, the new 718 Cayman GT4 gets a completely improved aerodynamic package. In addition to the single-chamber rear muffler, which is also used at the 718 Spyder and creates more space for an effective diffuser, that delivers 30 percent of the downforce on the rear axle alone, also a new adjustable rear wing on weight-optimized supports is used. It delivers around 20 percent more downforce compared to the wing of the old Cayman GT4. The design of the front end is inspired by other Porsche GT models. It includes a lip spoiler, an air outlet in front of the trunk lid and side outlets in front of the wheel arches to create an air curtain that calms the air flow along the front wheels.

From the chassis side, the GT4 uses the same package as the 718 Spyder with fine tuning by Porsche’s GT department. This took place in Weissach and at the Nürburgring Nordschleife for example. An optional Clubsport package for the 718 Cayman GT4 is available on the European market. This includes a steel rollbar behind the seats, a six-point harness on the driver’s side and a hand fire extinguisher. The PCCB system (Porsche Ceramic Composite Brake) can also be ordered at extra cost. In Germany the base price is 96,206 euros, while in the US it is $ 99,200.