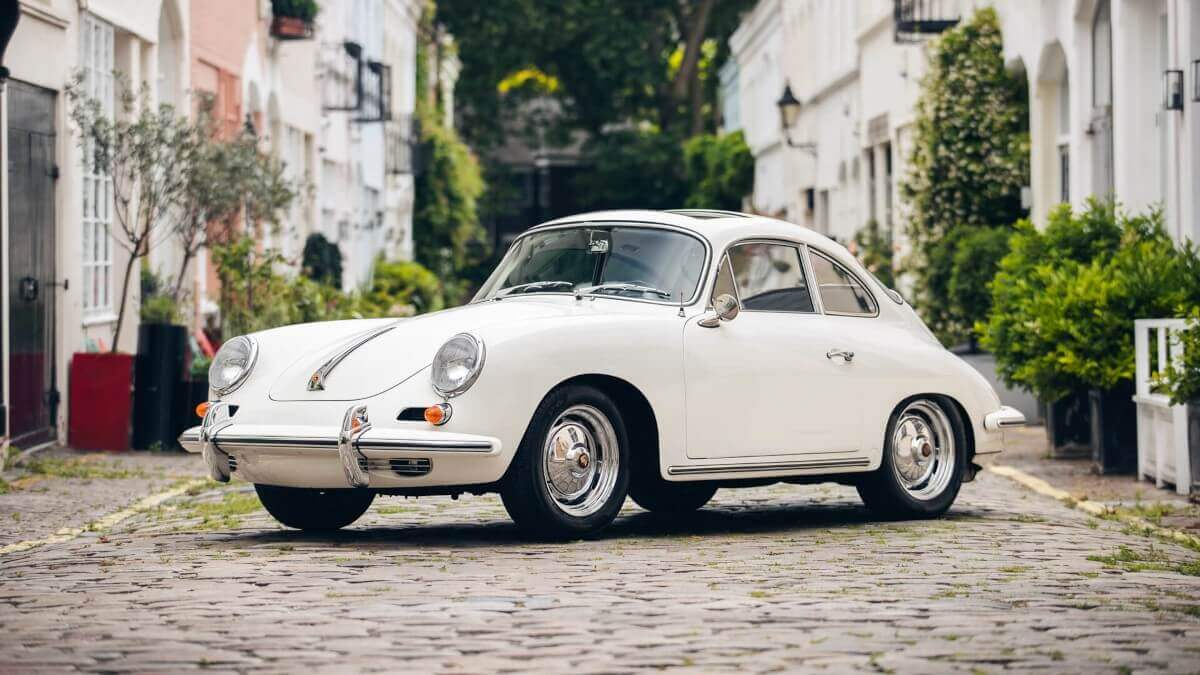 In the course of its evolution, the Porsche 356 presented in 1948 was given various performance levels and also changed its appearance continuously. After the factory holidays in 1959, a major model upgrade was carried out for the second time, which led to the internal designation 356 B. The headlights moved up a little, which also changed the lines of the front fenders and the positioning of the bumper, under which additional air inlets were located on the outside to ventilate the drum brakes. Adapted to this, the cars also received newly designed rear bumpers. New hubcaps with centrally integrated Porsche logo were also added. The new top-of-the-line model was the Super 90, which in addition to torsion bar suspension had a transverse leaf spring to compensate for roll in curves, supported by the differential. In addition to the classic Coupé, there was the Cabriolet and the Hardtop Coupé with a permanently welded hardtop roof and a notchback-like design, which was produced by Karmann in Osnabrück/Germany from 1960 onwards. Instead of the previous Speedster, Porsche launched the Roadster with a slightly higher windscreen, which was produced in Belgium together with the coachbuilder D’Ieteren. From mid-1962 onwards, Porsche connoisseurs spoke of the T6, as the Coupé got a larger windscreen and enlarged rear window as well as a wider, more angular front bonnet. In addition, the fuel filler cap now moved to the front right fender and the cover over the engine was given two instead of one radiator grille.

At the beginning of the 1960s the first pure offshoots for motorsport were created, for which new versions of the four-cylinder boxer engine were developed in the engine development department under the direction of Ernst Fuhrmann. In order to get more power out of the small blocks, the camshafts were moved to the top of the combustion chambers and driven outwards from the central crankshaft by one king shaft each. Initially, this increased the power to 115 hp from 1.5 liters capacity in the 356 1600 GS Carrera GT, which nicknamed the ‘triangular scraper’ due to its functional but unusual body shape. This engine also found its way into the 356 Carrera GTL, which was jointly produced with Abarth, but designed by Zagato, and which was produced around 20 times. For an additional charge, there was also additional power via a sports exhaust (128 hp) or a completely open Sebring racing exhaust (135 hp). For 1962, Porsche took the king shaft engine with 130 hp into series production and offered it in the 356 2000 GS Carrera 2 as a Coupé and Cabriolet as the new top model. This was the first time that private customers received a Porsche with standard disc brakes all round. In Germany the basic price of DM 23,700 for the Coupé and DM 24,850 for the Cabriolet was correspondingly high. Only the racing version 356 2000 GS-GT was even higher at DM 26,700. 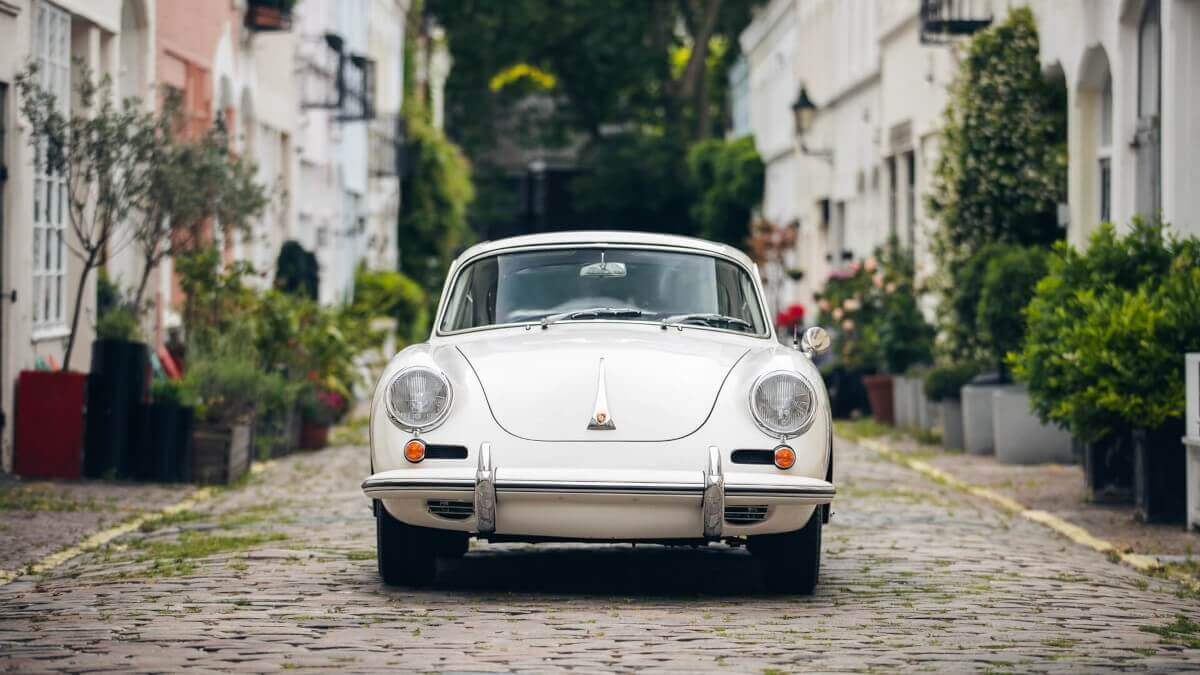 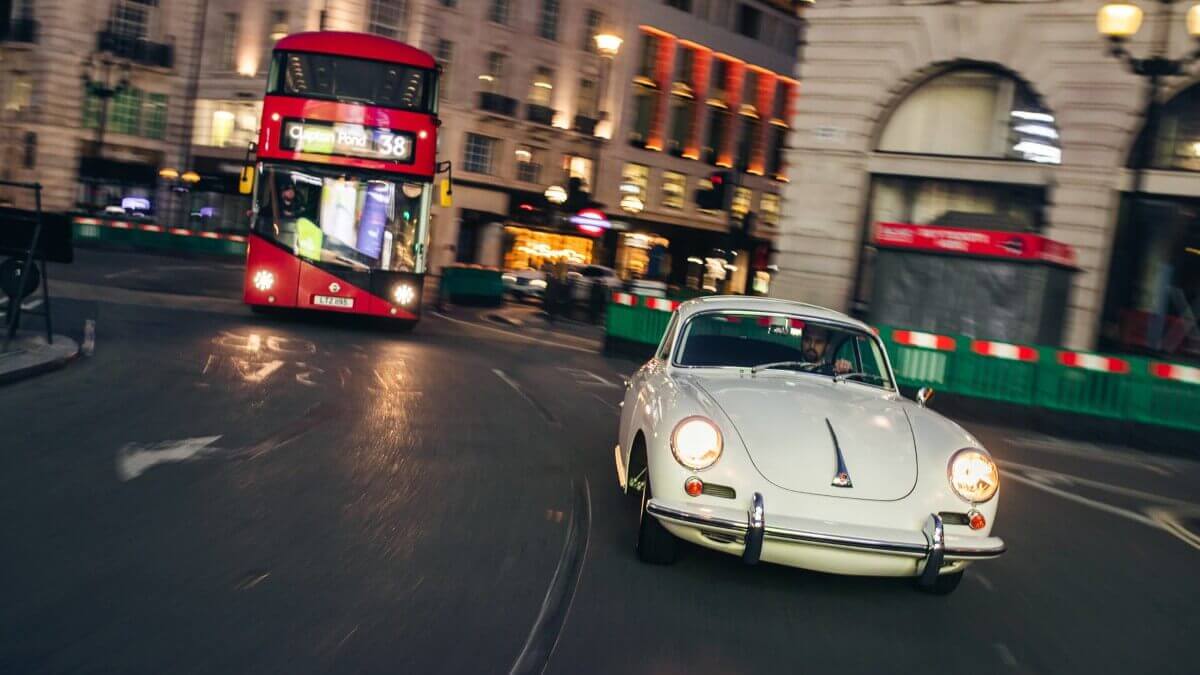 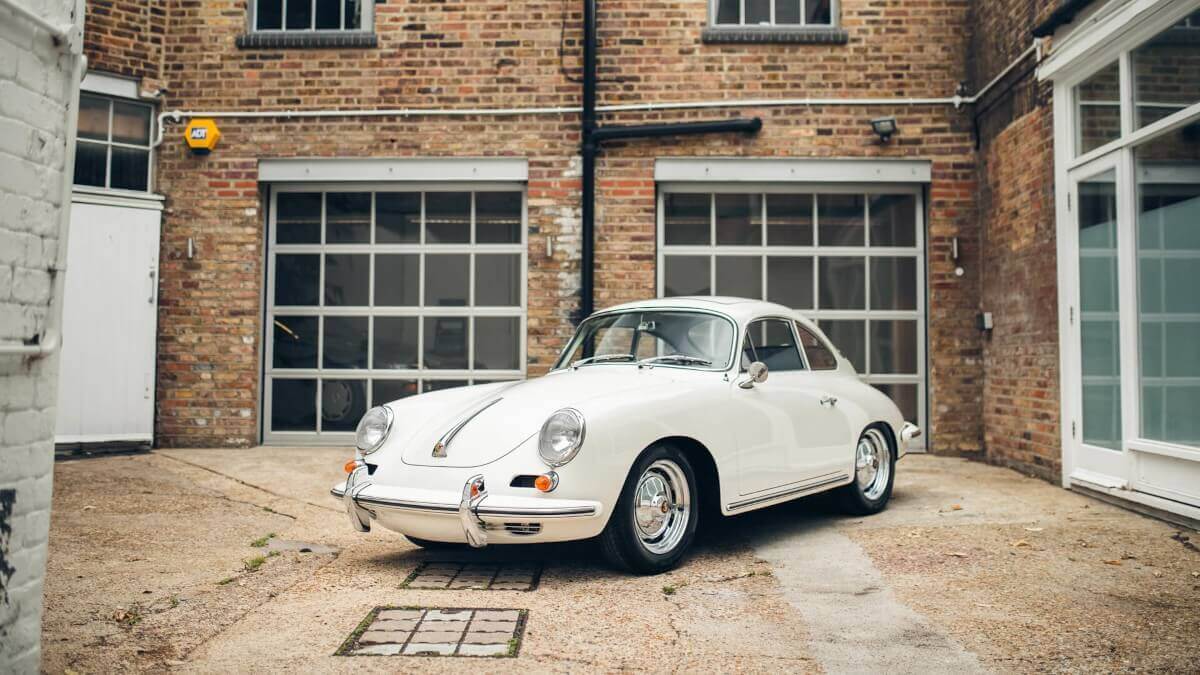 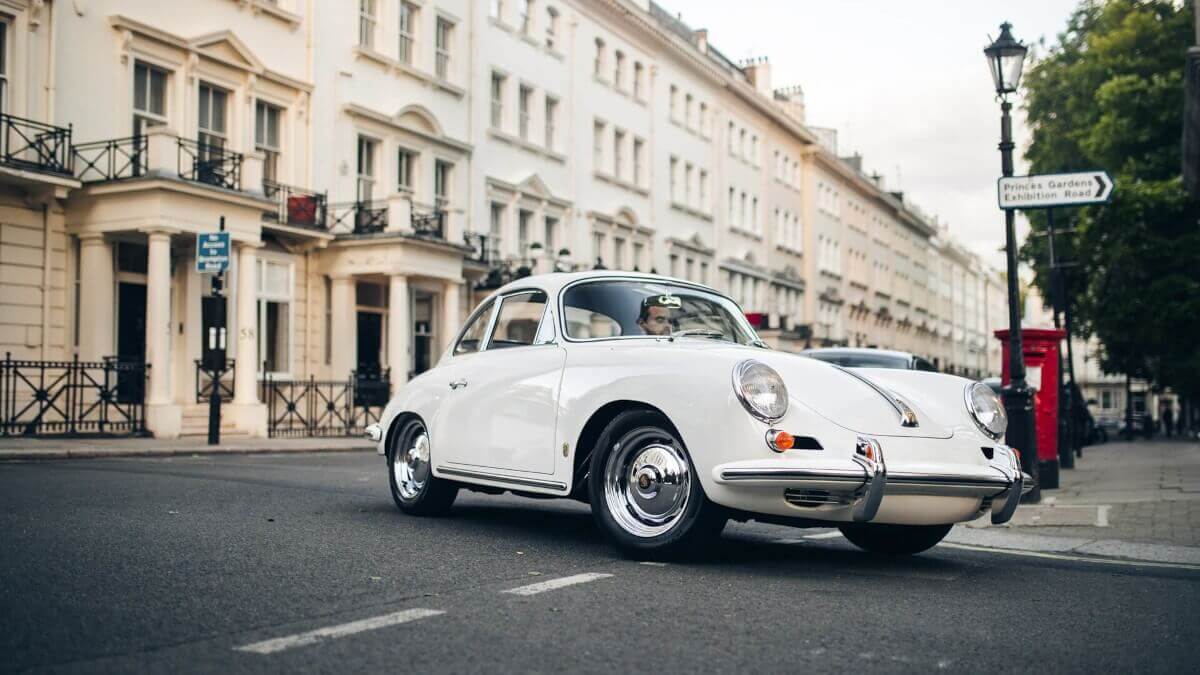 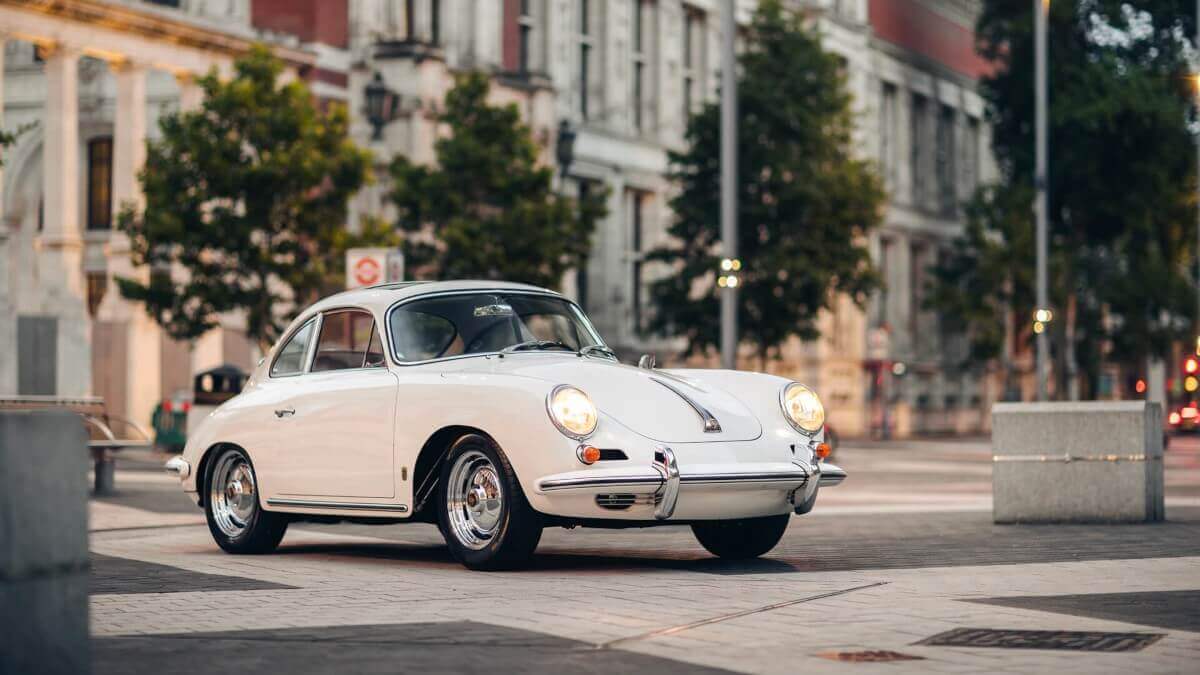 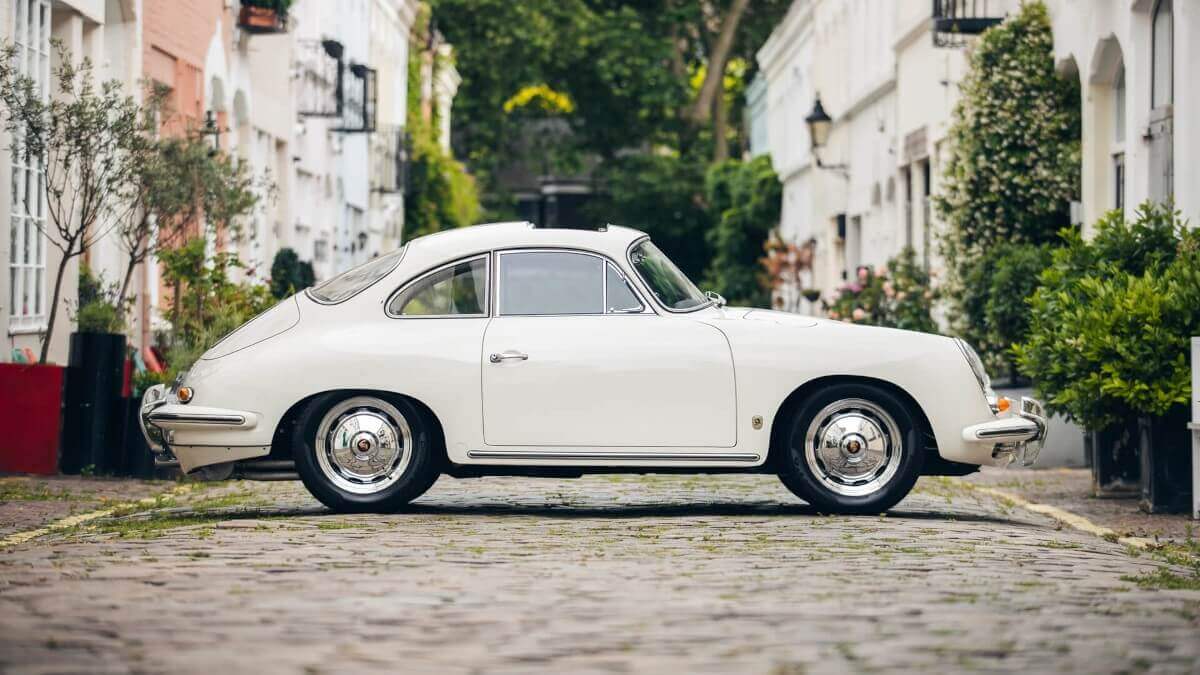 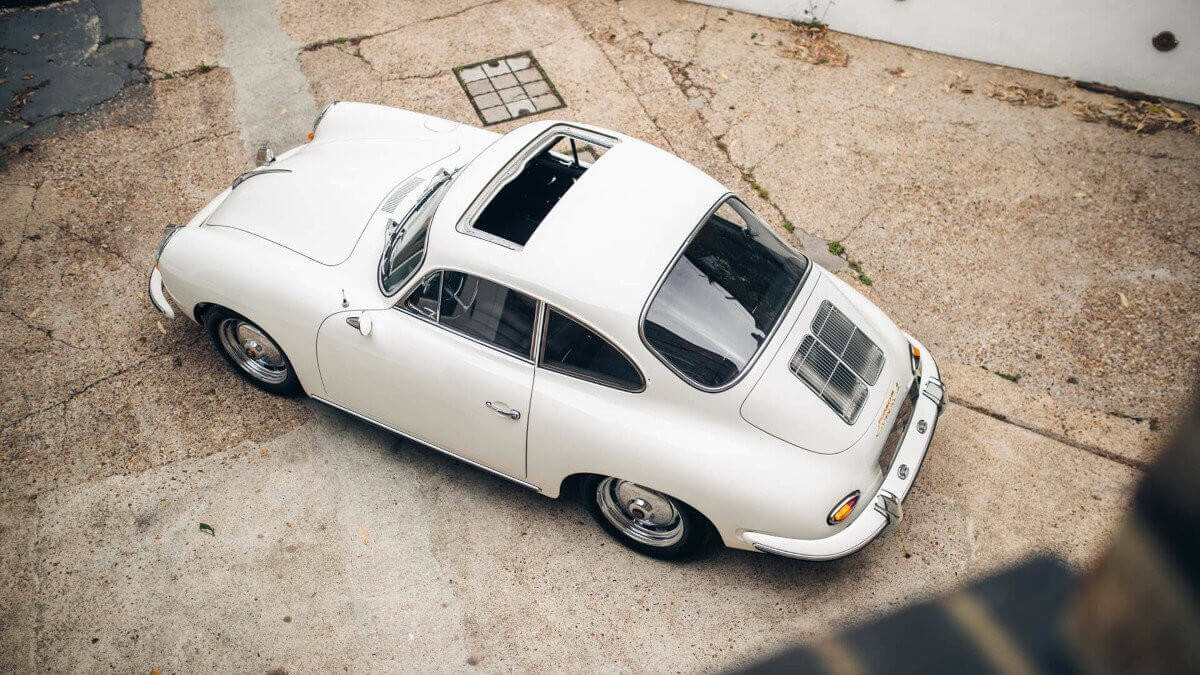 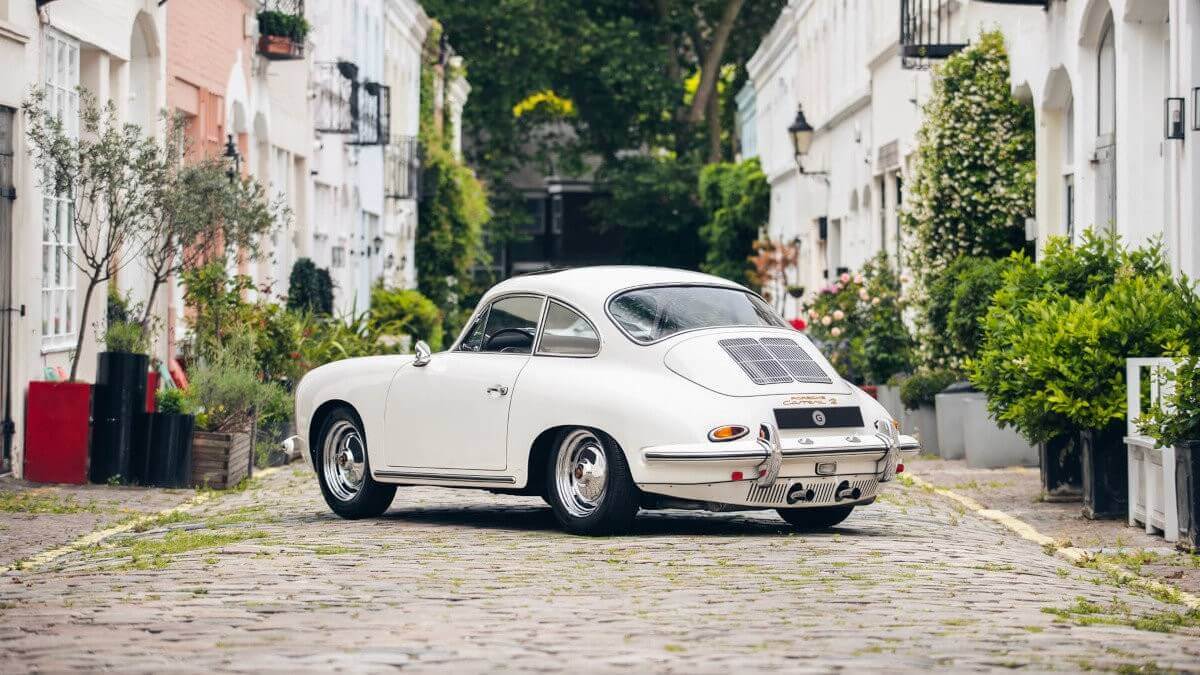 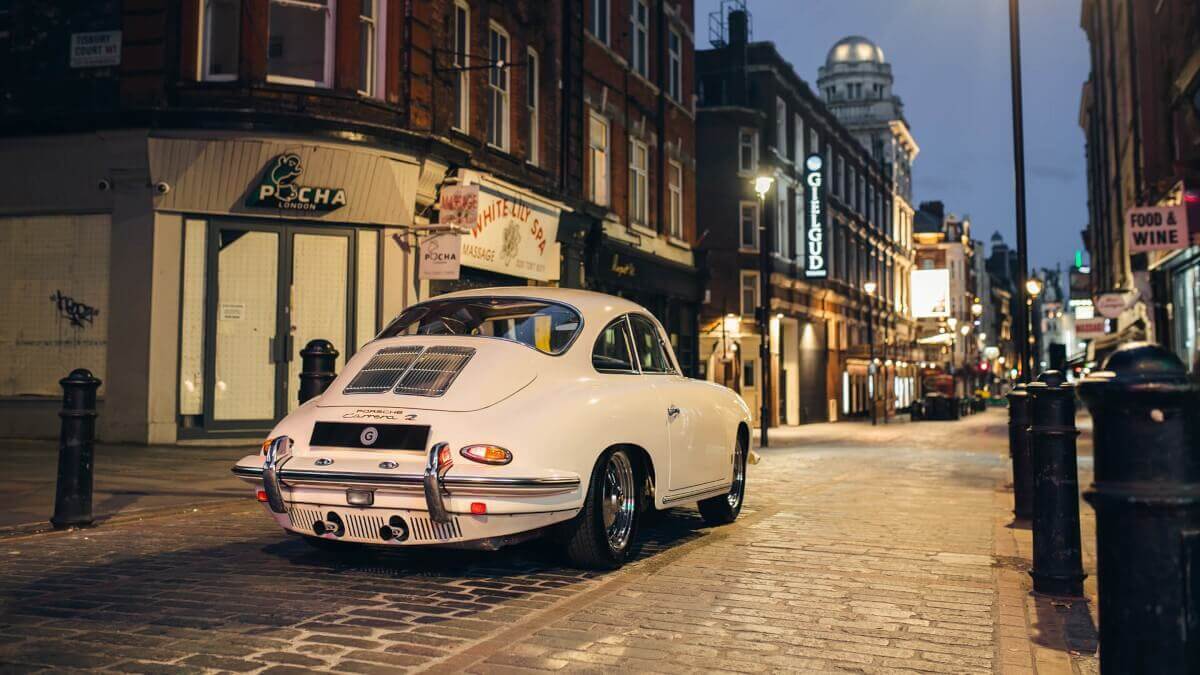 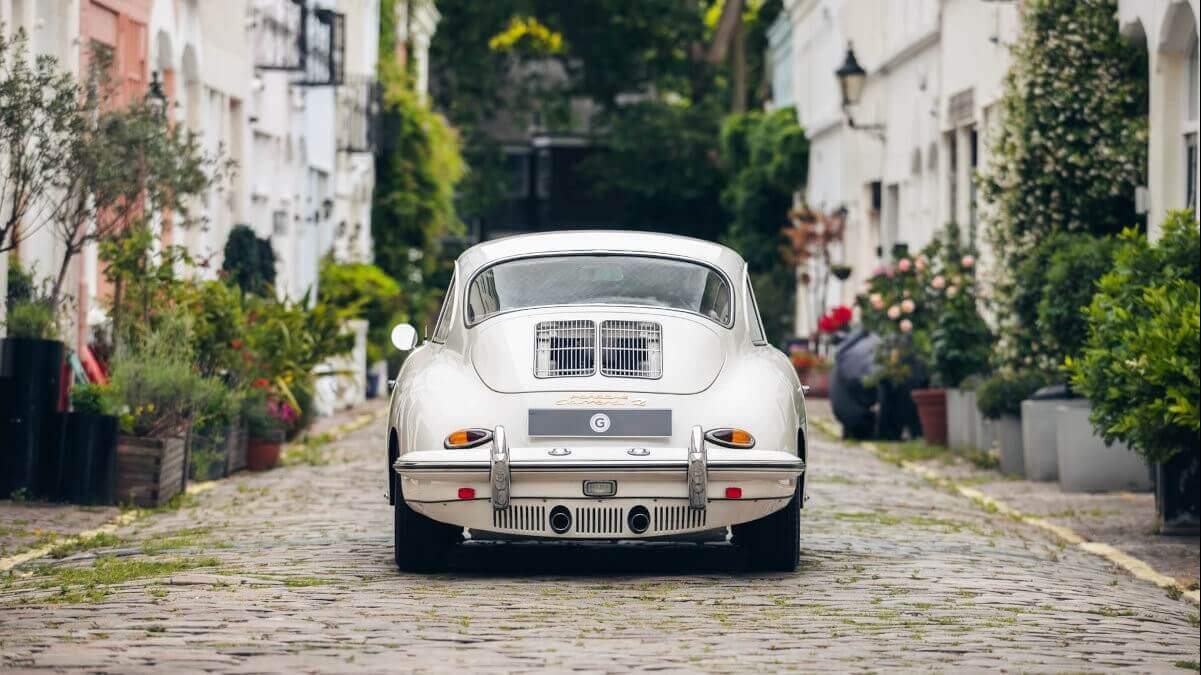 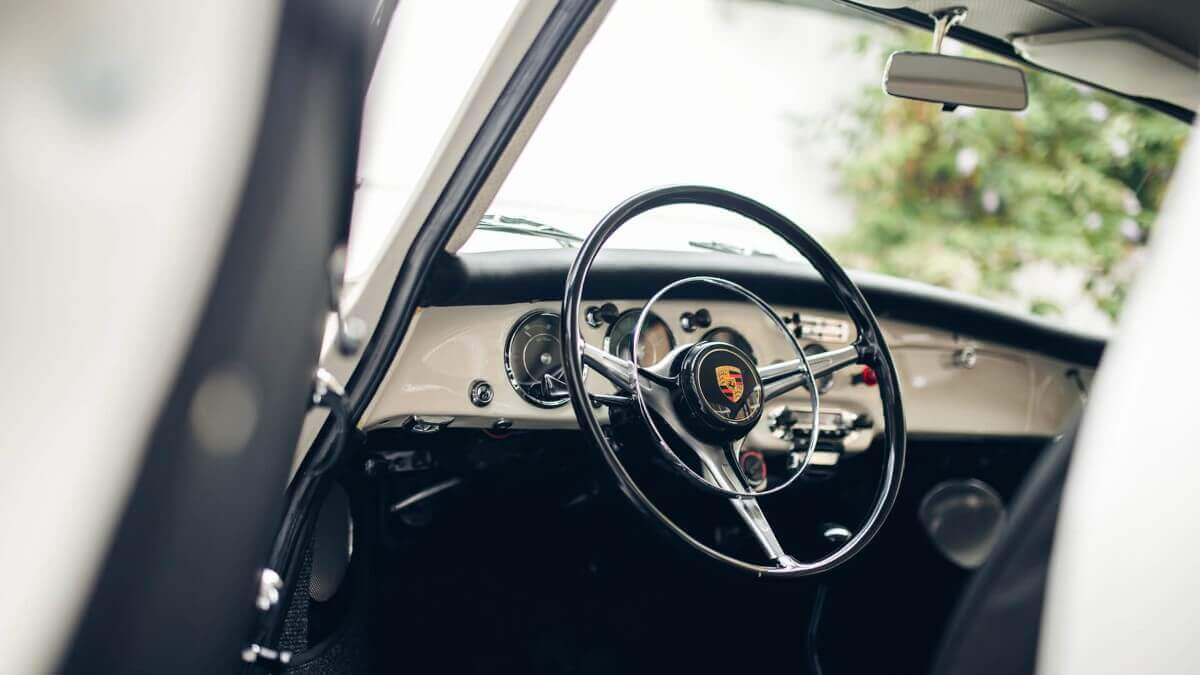 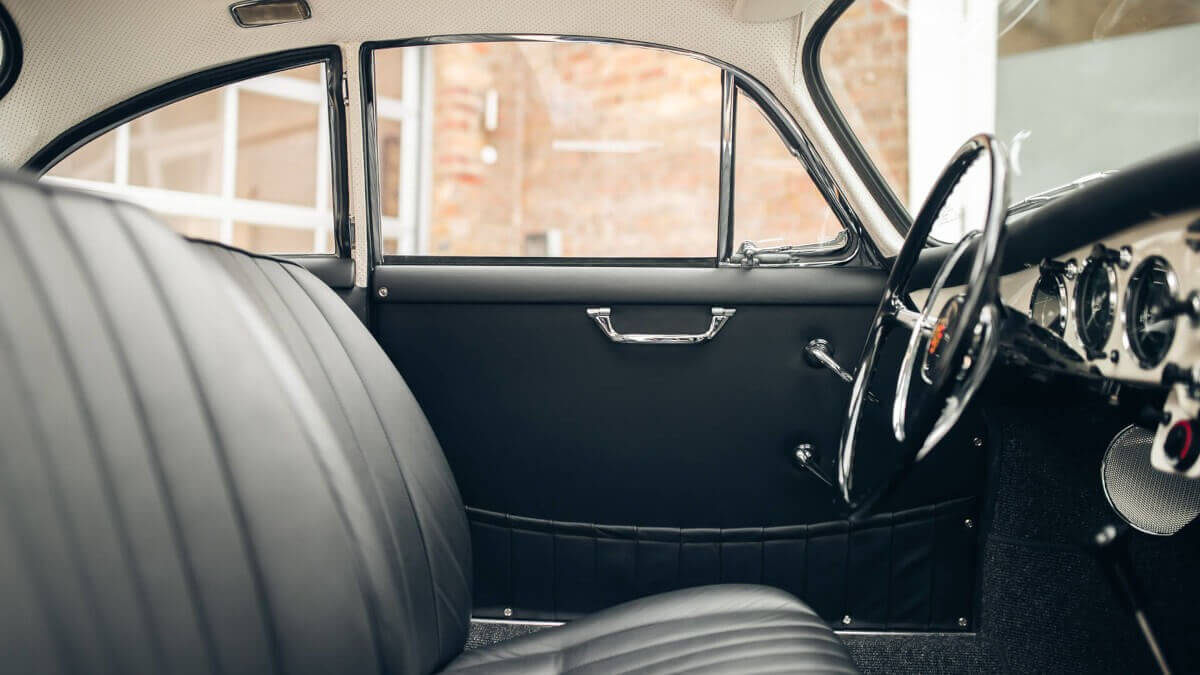 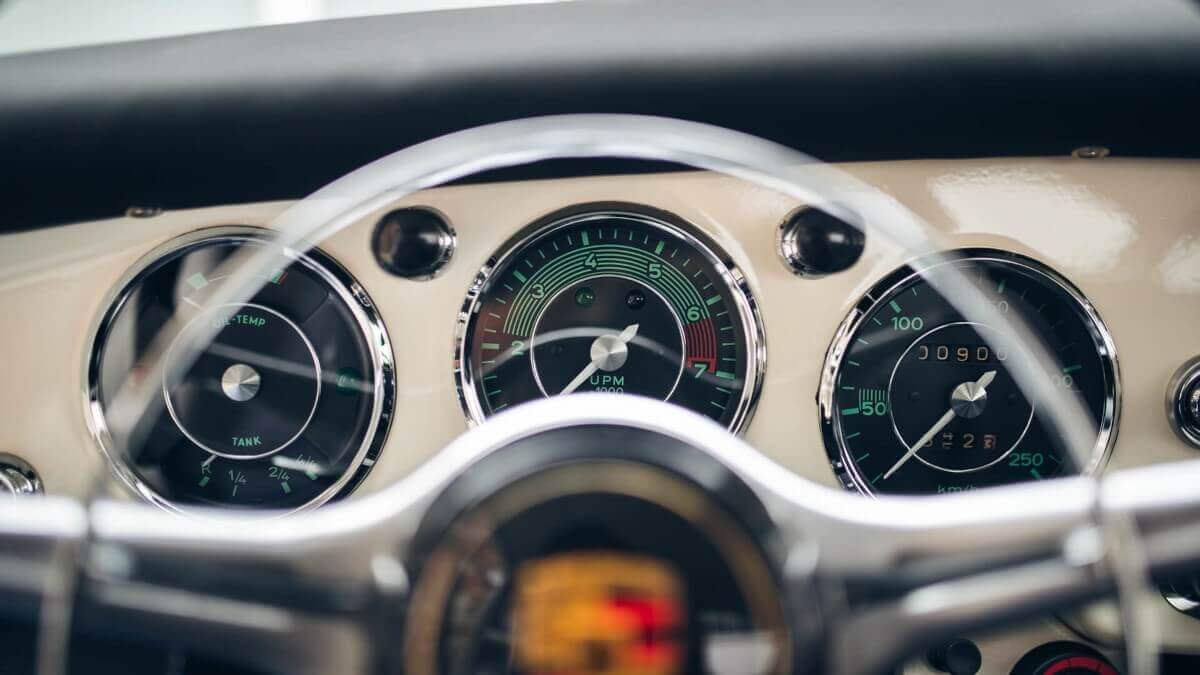 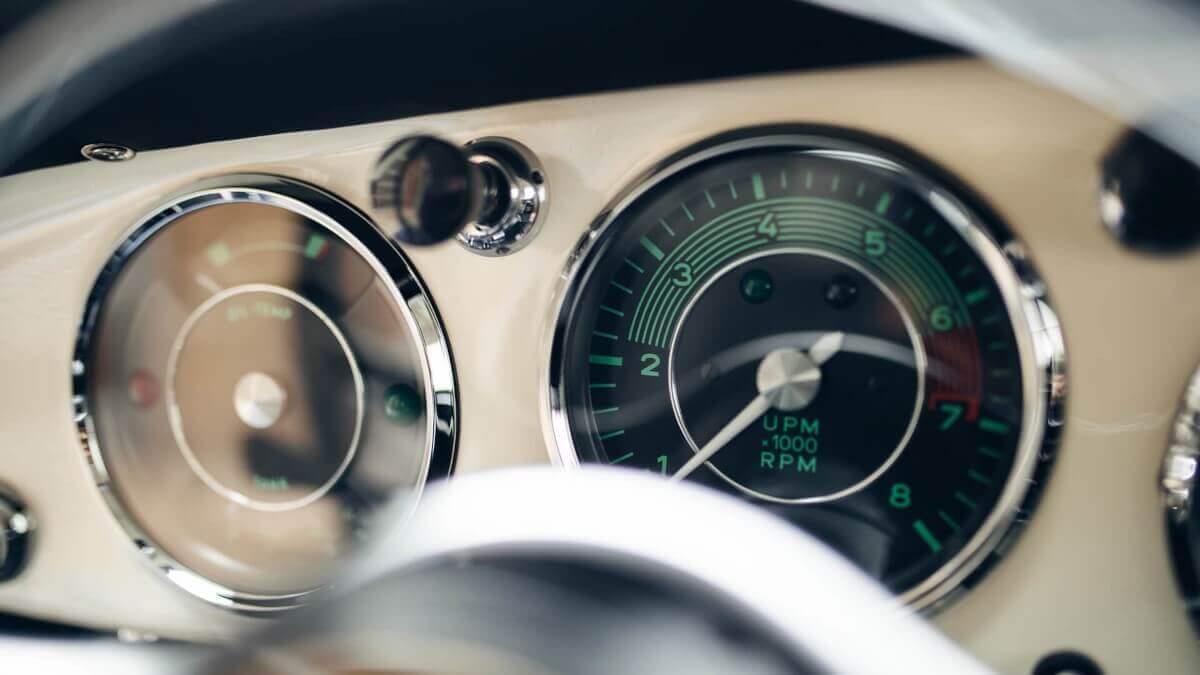 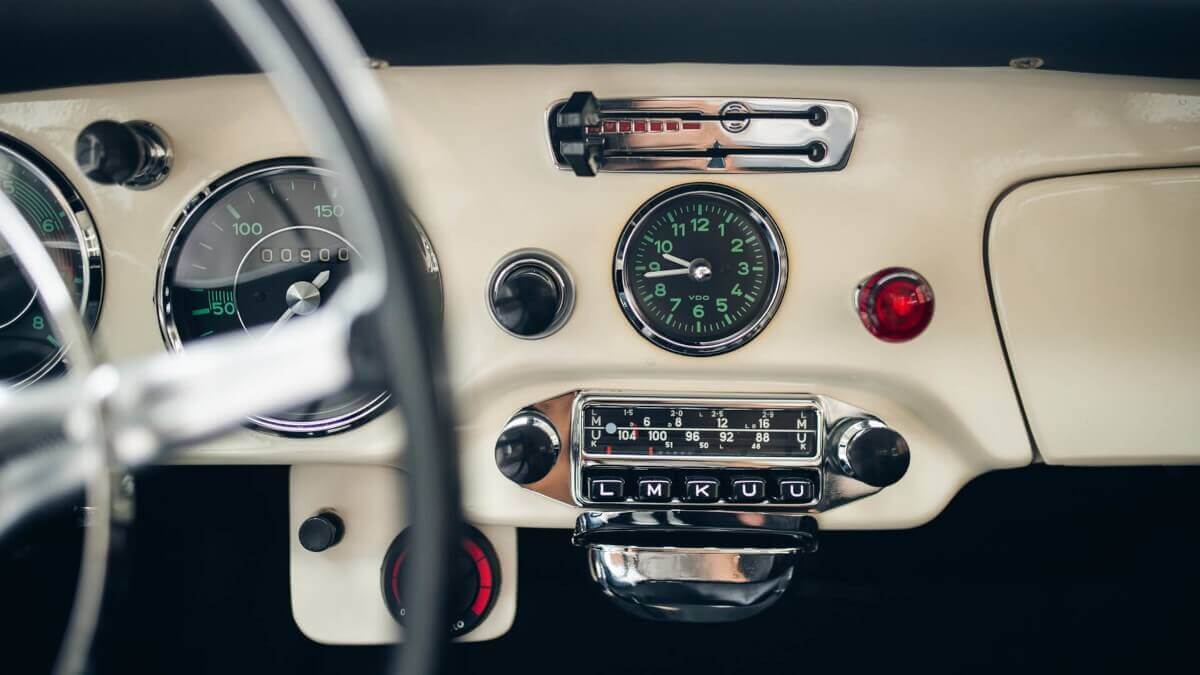 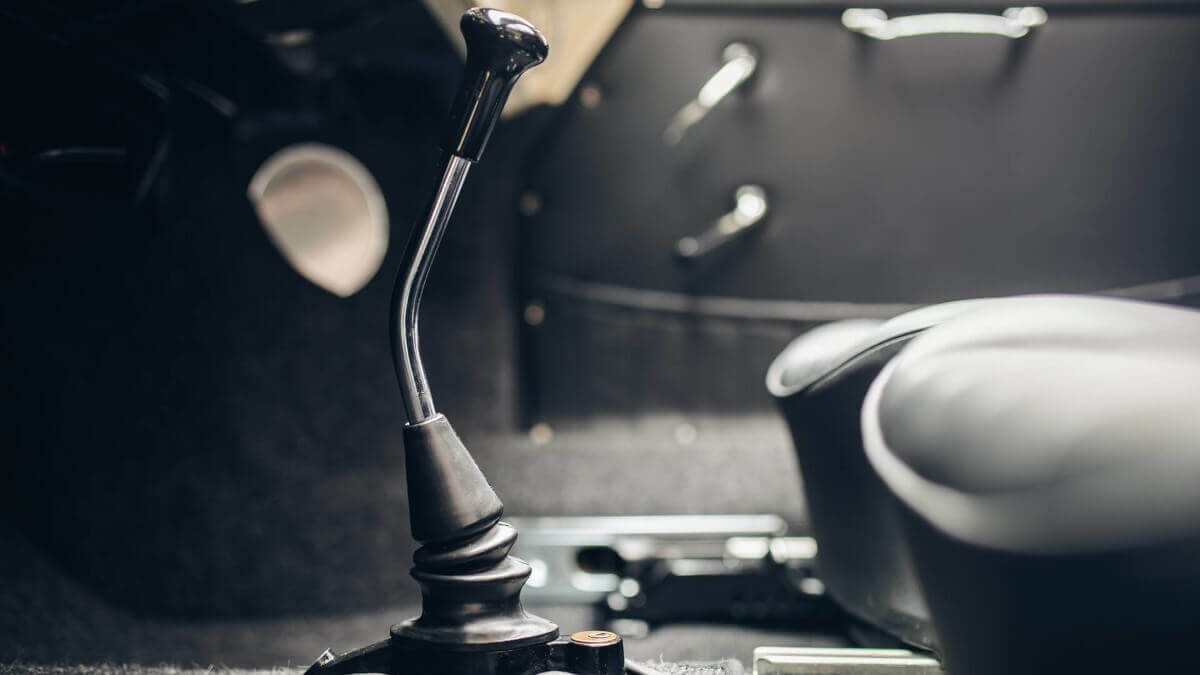 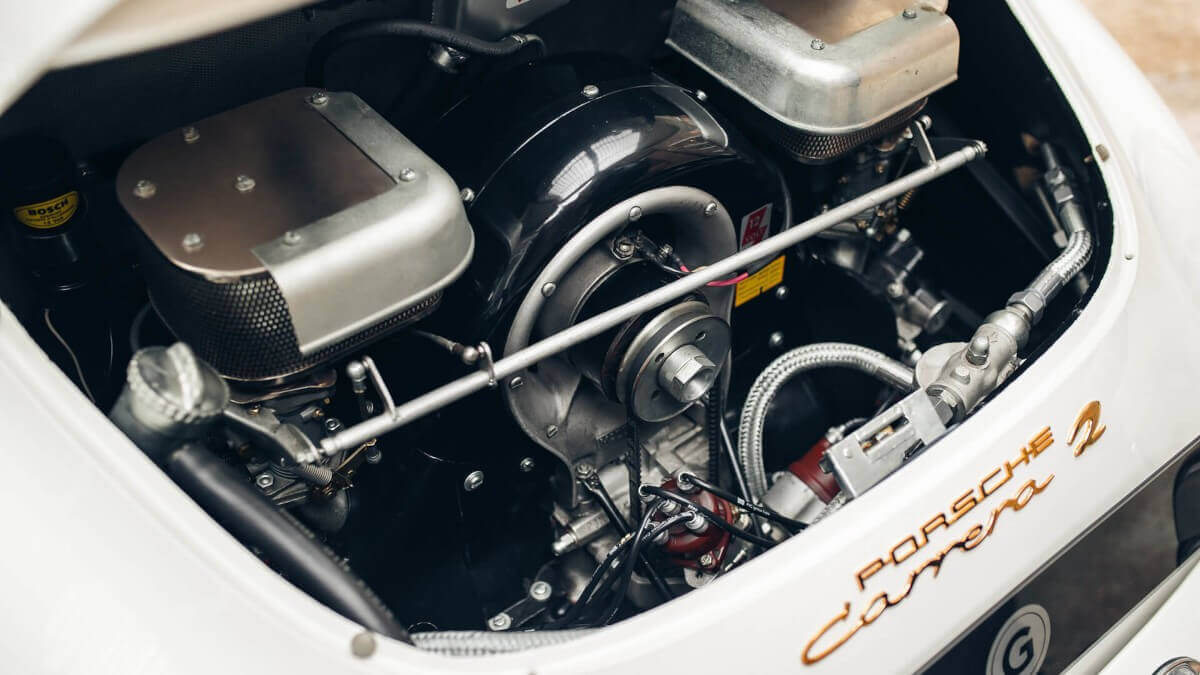 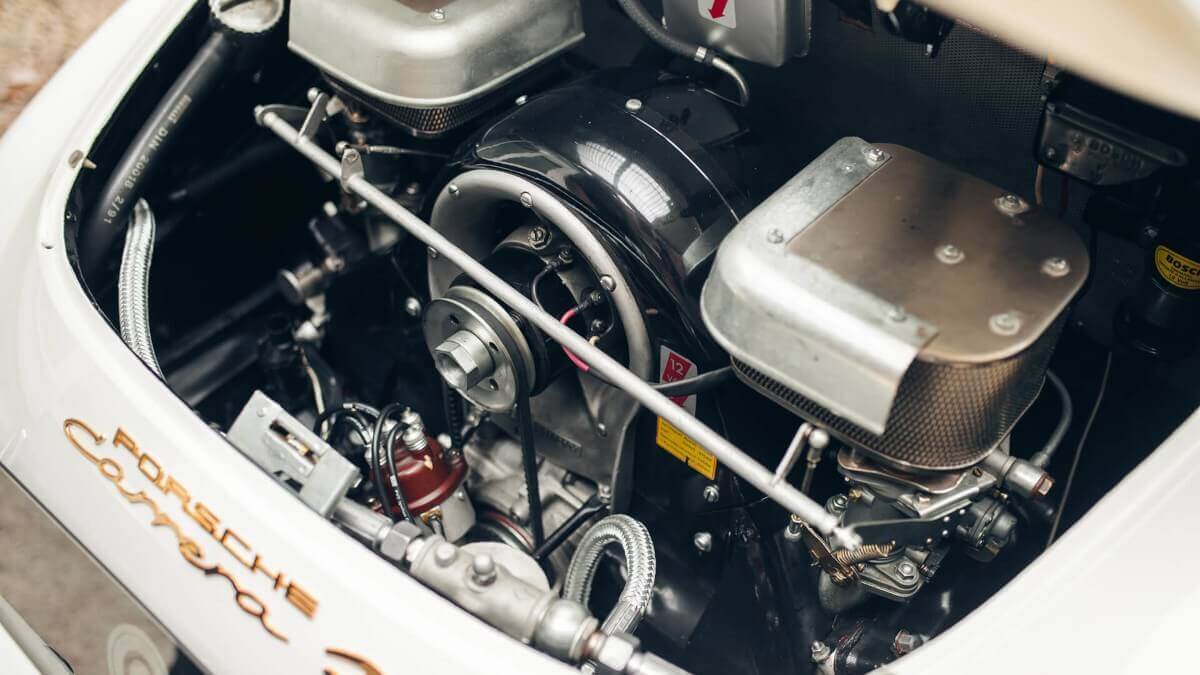 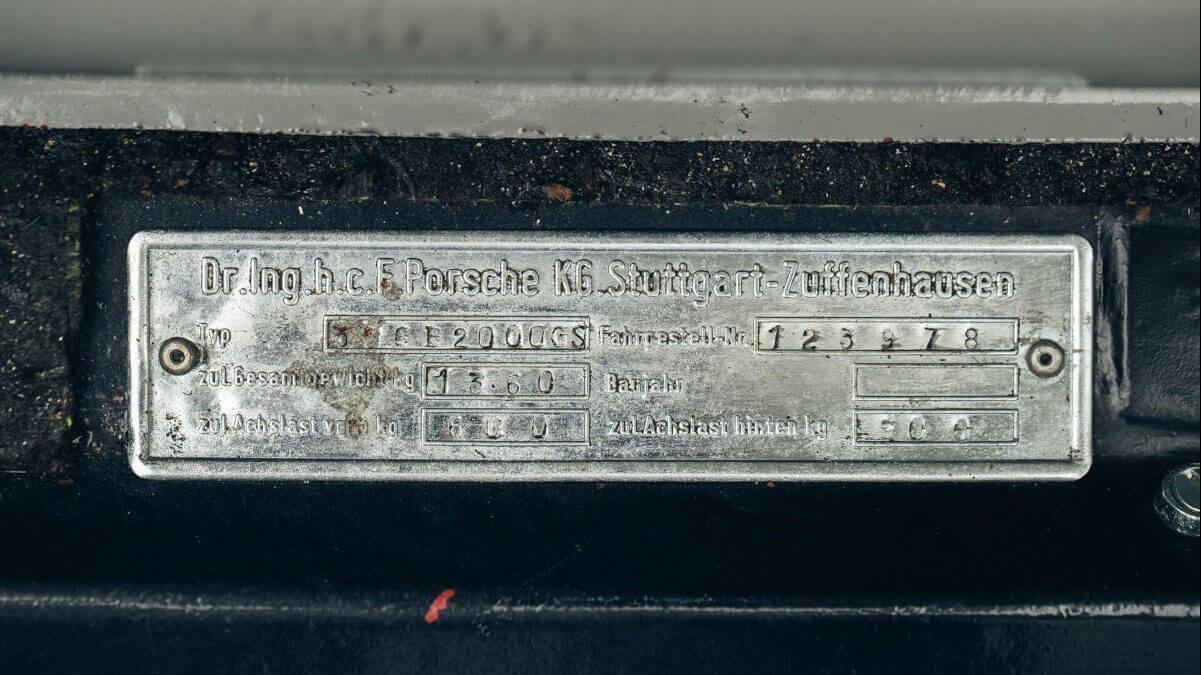 Originally, Porsche wanted to produce only 100 copies of the 356 Carrera 2 to meet the regulations for the GT class of sports car racing at that time. Despite the high price, 278 Coupés and 67 Cabriolets were finally produced by 1963. On the basis of the 356 C, 126 Carrera 2s followed, of which about 20 were Roadsters. Due to this rarity, such vehicles are sought-after collector’s items today, which in good condition can easily achieve high prices. At the classic car dealer Girardo & Co. in London, a white painted 356 B Carrera 2 Coupé from 1963 is currently available for sale.

This vehicle rolled off the production line on 28 March and left the Porsche factory on 5 April 1963, but remained in Germany. From the still preserved German vehicle registration document (Fahrzeugbrief) it is clear that the first change of ownership didn’t take place until 1988, followed by another one in the early 1990s. Under this owner from Cologne, the 356 received extensive restoration. Owners in Norway, Belgium and Italy followed, before the car now rolled into the showroom of Max Girardo. Since the restoration, only just over 900 kilometers have been covered. Interested parties can find out the purchase price for this rarity directly from Girardo & Co.