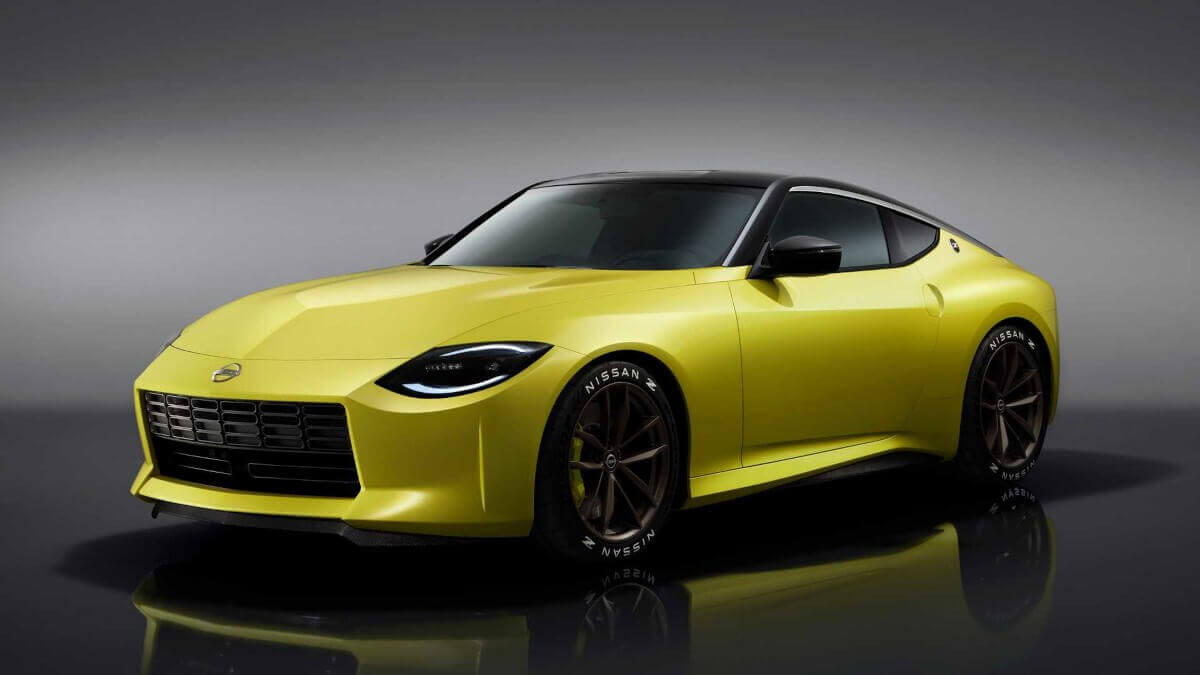 New cars today have an average production time of between four and six years, in rare cases a little longer. During this time, most manufacturers stuff at least one facelift into that period to keep up with technical progress and at the same time meet customers tastes, which, at least according to some marketing people, change at regular intervals. It is therefore all the more surprising that Nissan still has the 370Z sports car in its range, which has been available at dealerships with only minimal changes since the end of 2008. Experts already assumed that this model would be taken off the market at some point without a successor. Now, Nissan is proving them wrong. In the USA, the Z Proto debuted as an already very near-series preview of the soon-to-be-released new Z, with which the Japanese company continues a tradition that has been upheld since 1969. Back then, the Datsun 240Z caused a sensation with a design by Albrecht Graf von Goertz.

For the first time in model history, a turbocharged six-cylinder engine is used in the Z Proto. However, Nissan doesn’t yet provide any further details on the displacement or performance. Some Nissan experts suspect, that it is the three-liter V6, which is used in the Infiniti Q60 Red Sport 400, among others, where it produces 400 hp. This would make the new Z significantly more powerful than the still current 370Z with its 331 hp (or 344 hp in the 370Z Nismo). Based on the press photos, it is clear that Nissan plans to use a manual six-speed gearbox. Probably there will also be an automatic transmission with paddleshift at the steering wheel. As with all Z-models so far, the power will be transmitted exclusively to the rear wheels. 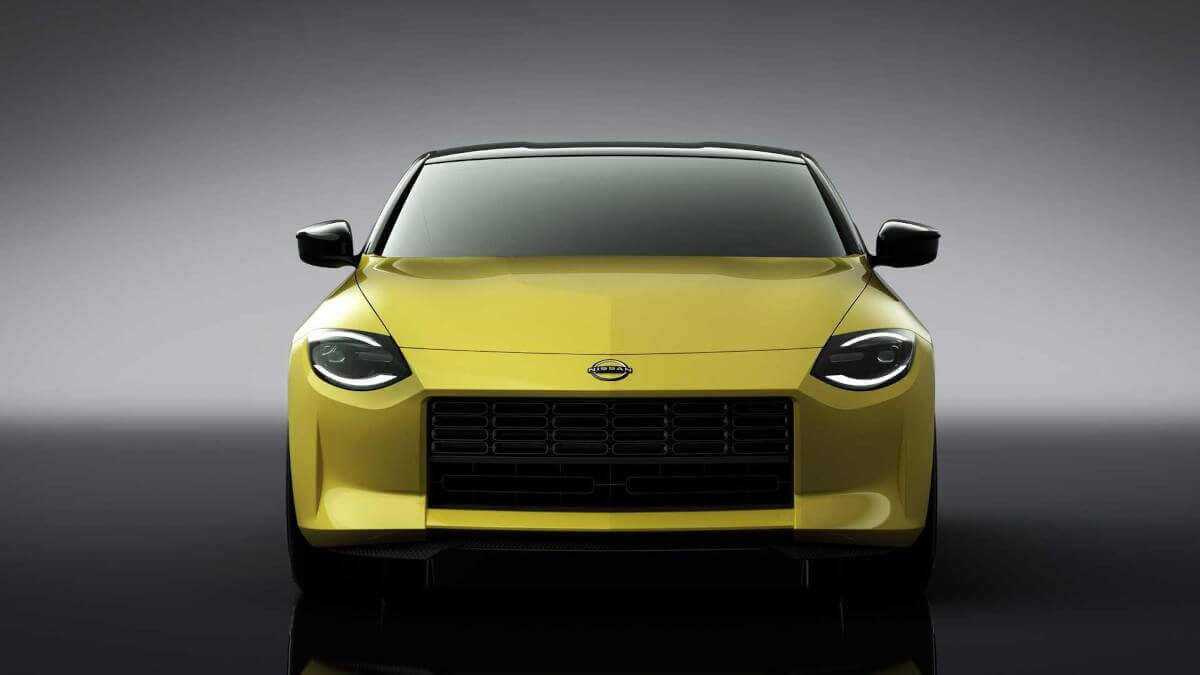 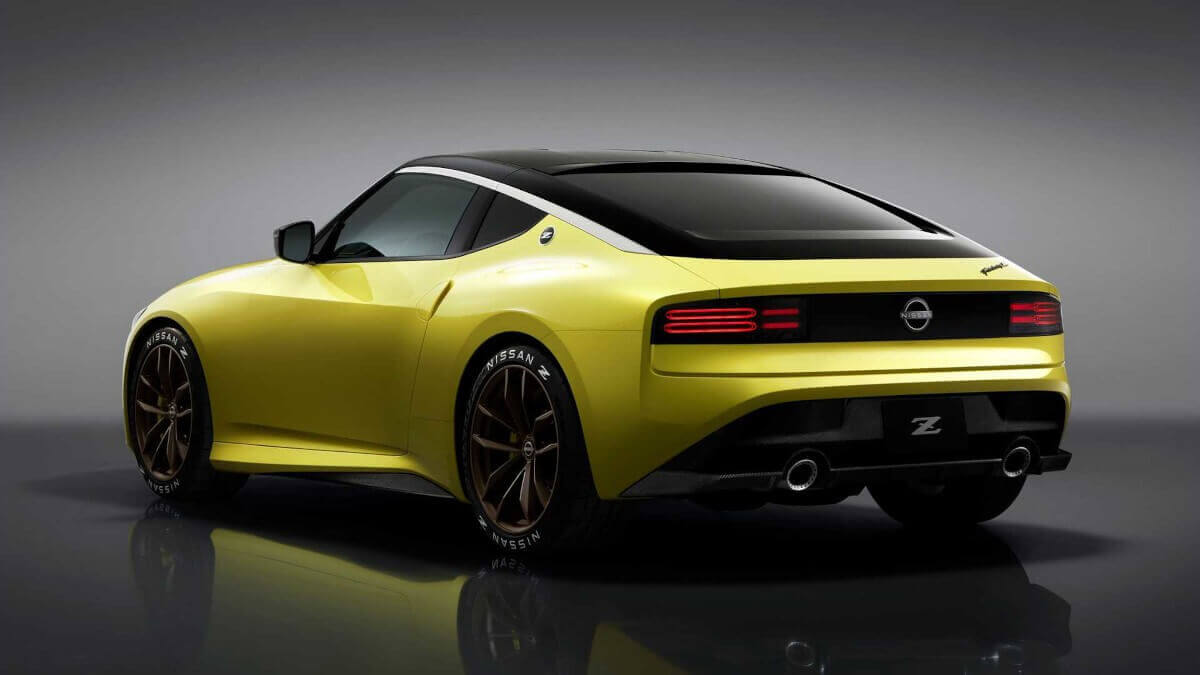 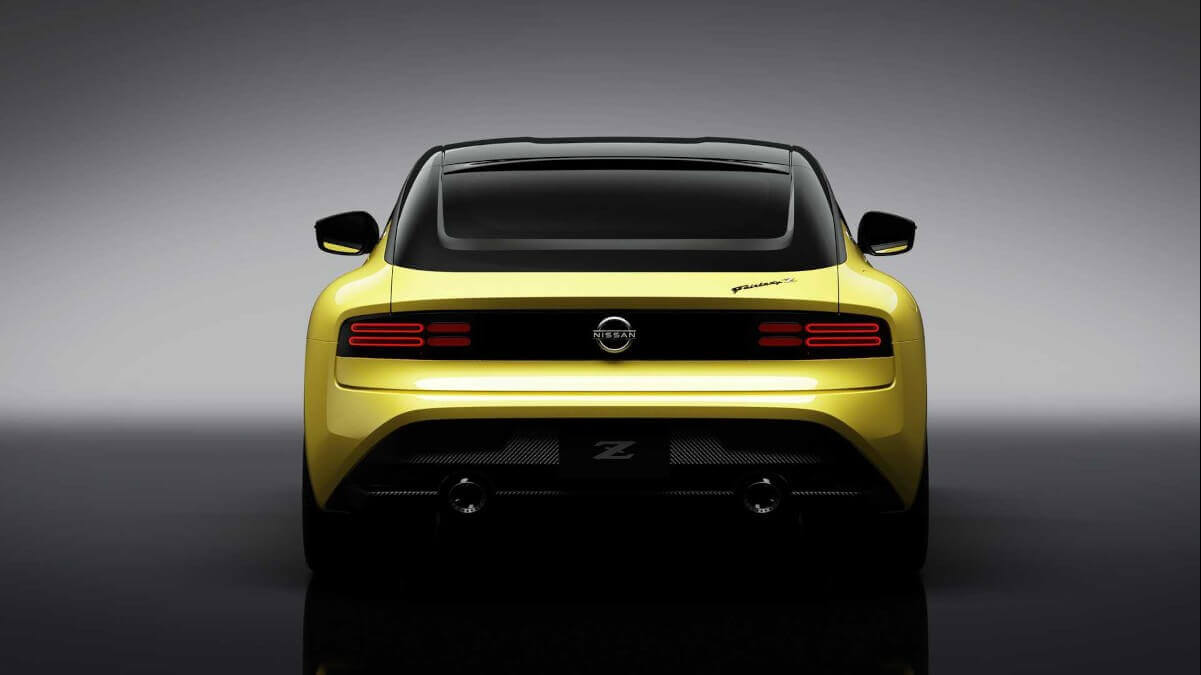 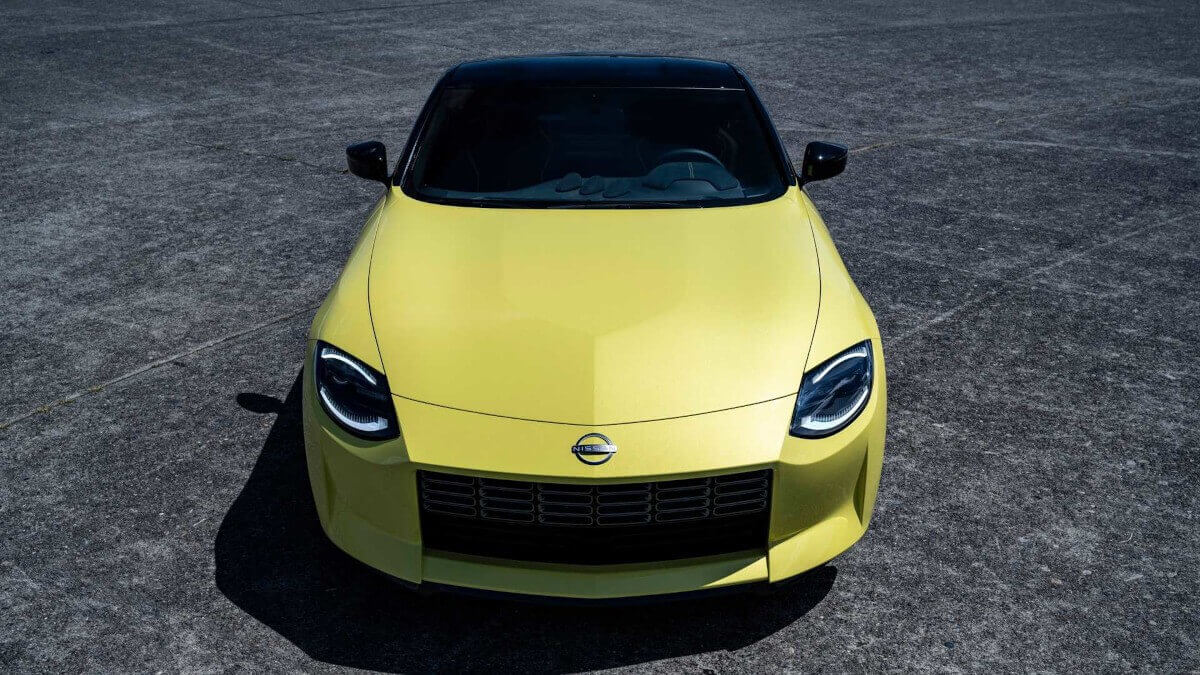 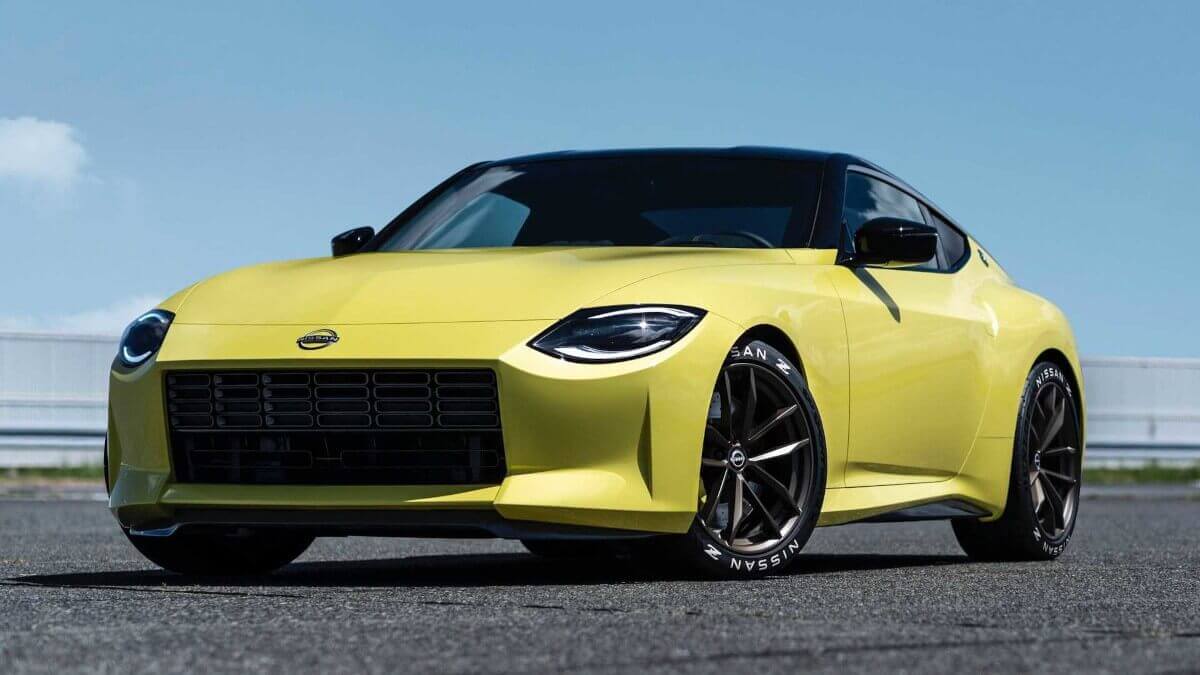 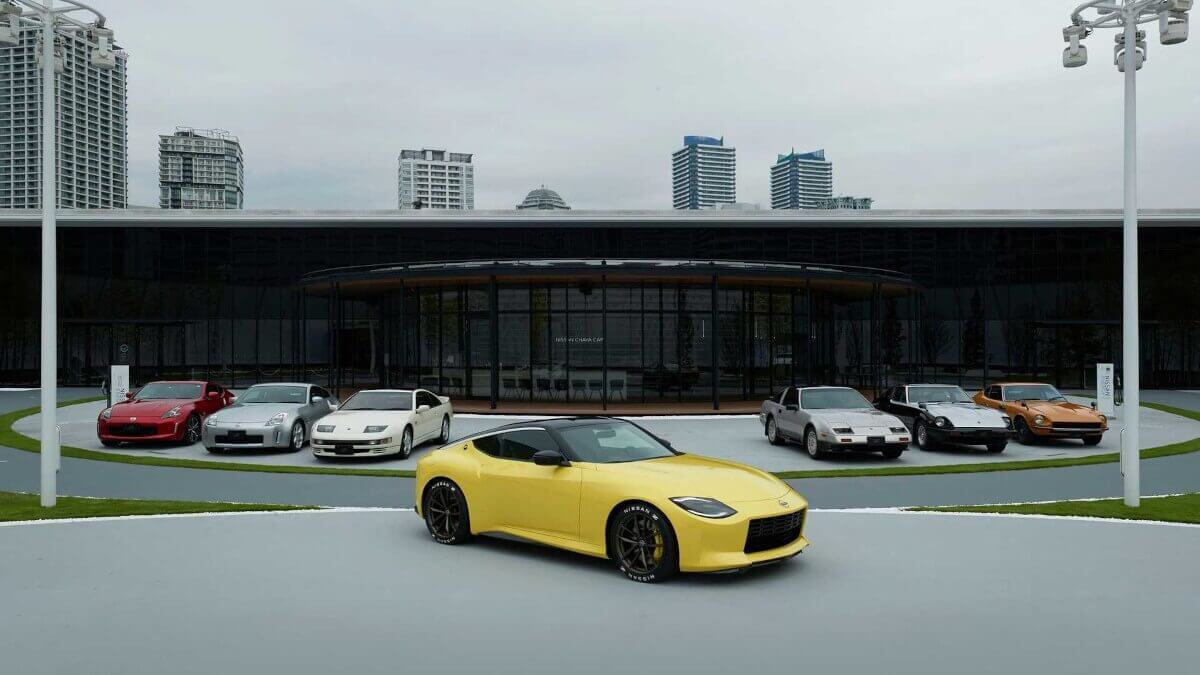 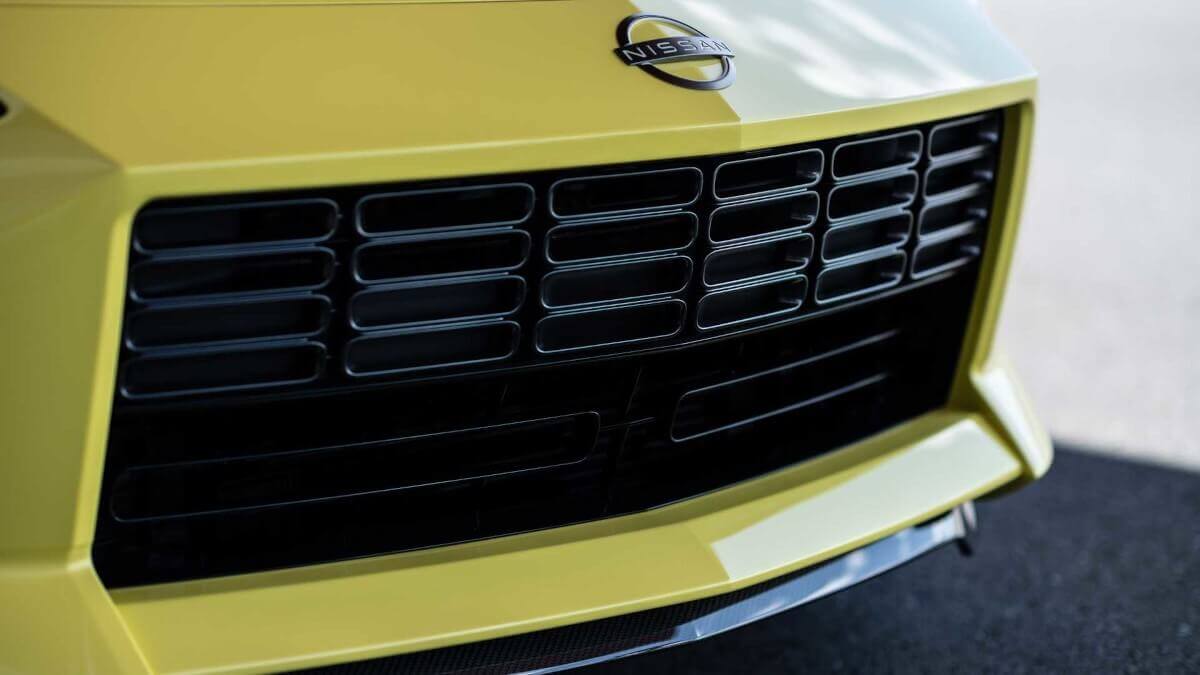 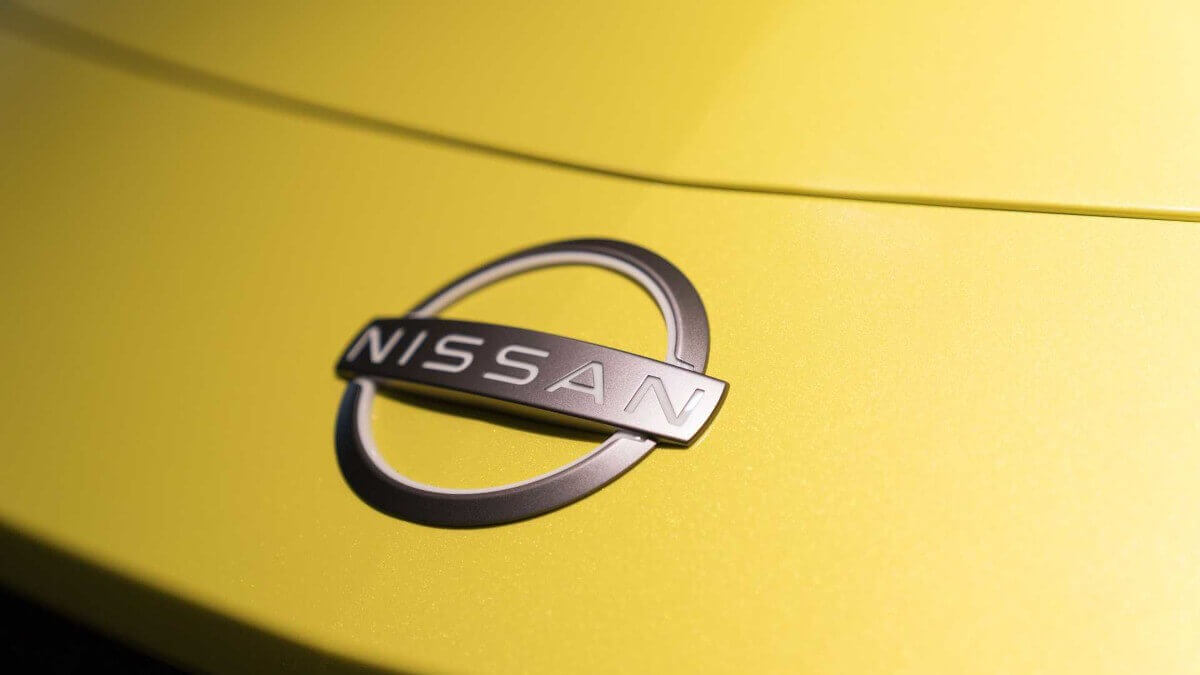 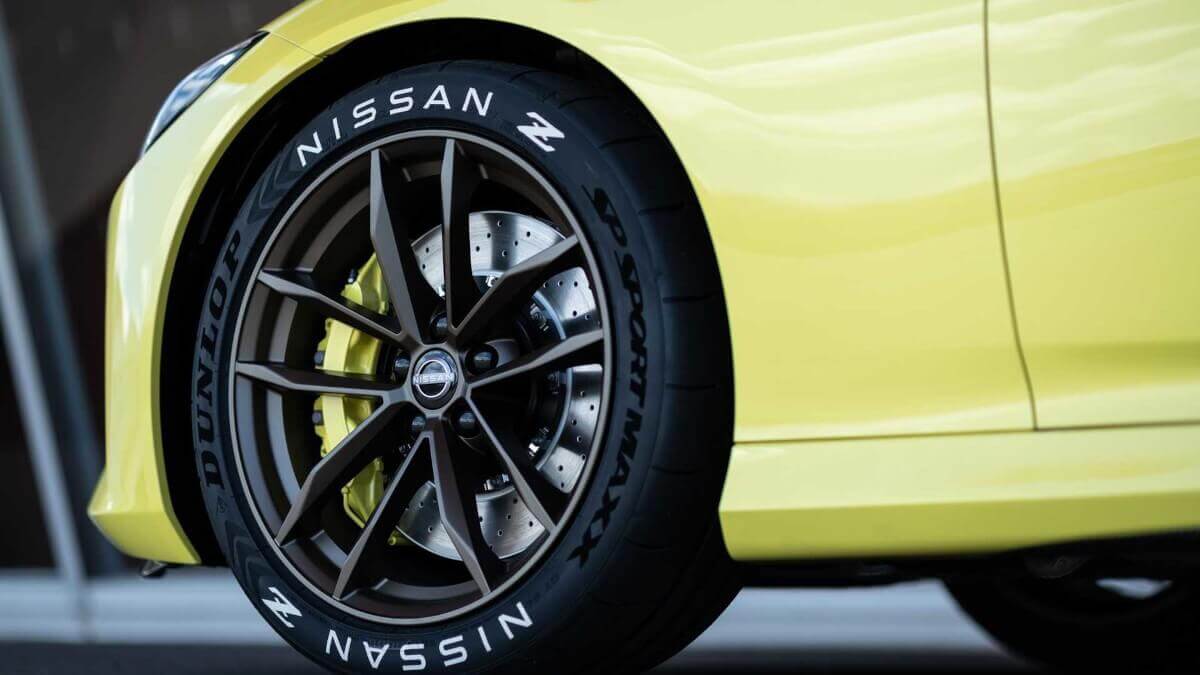 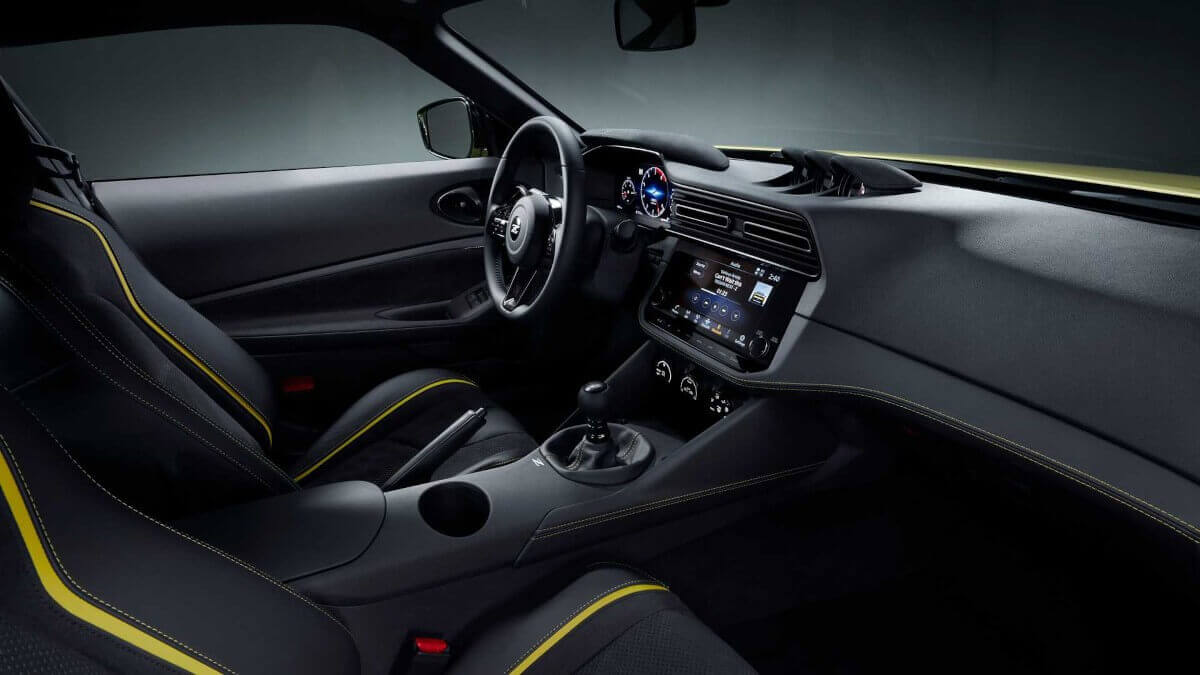 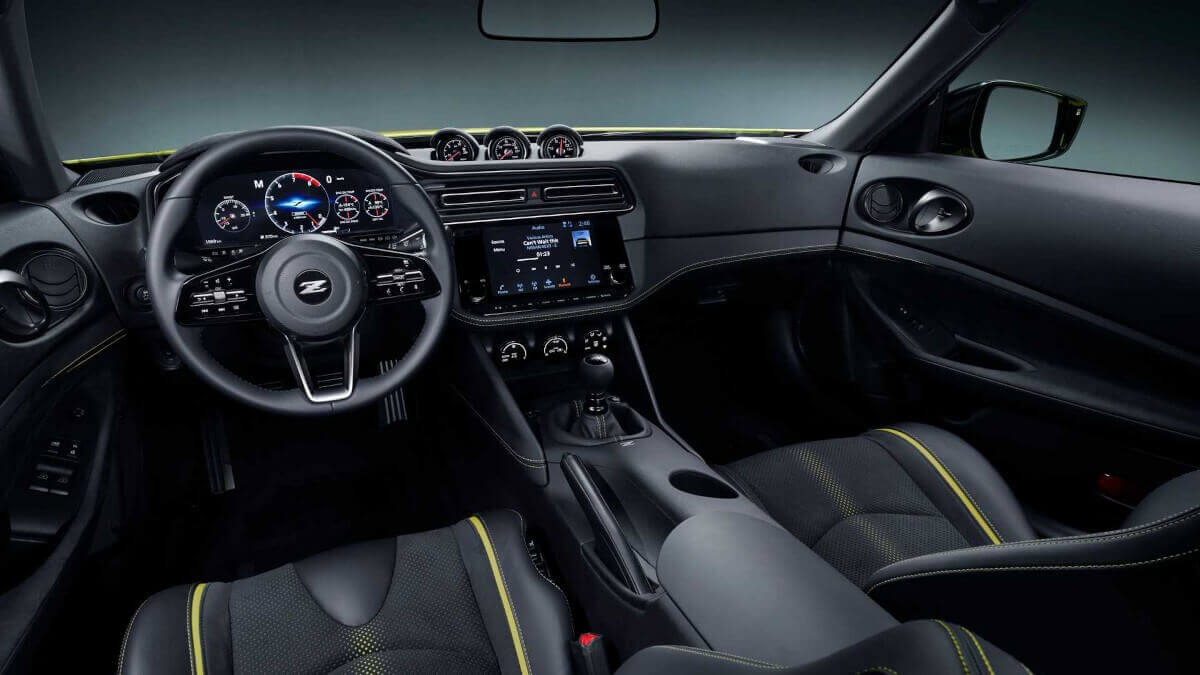 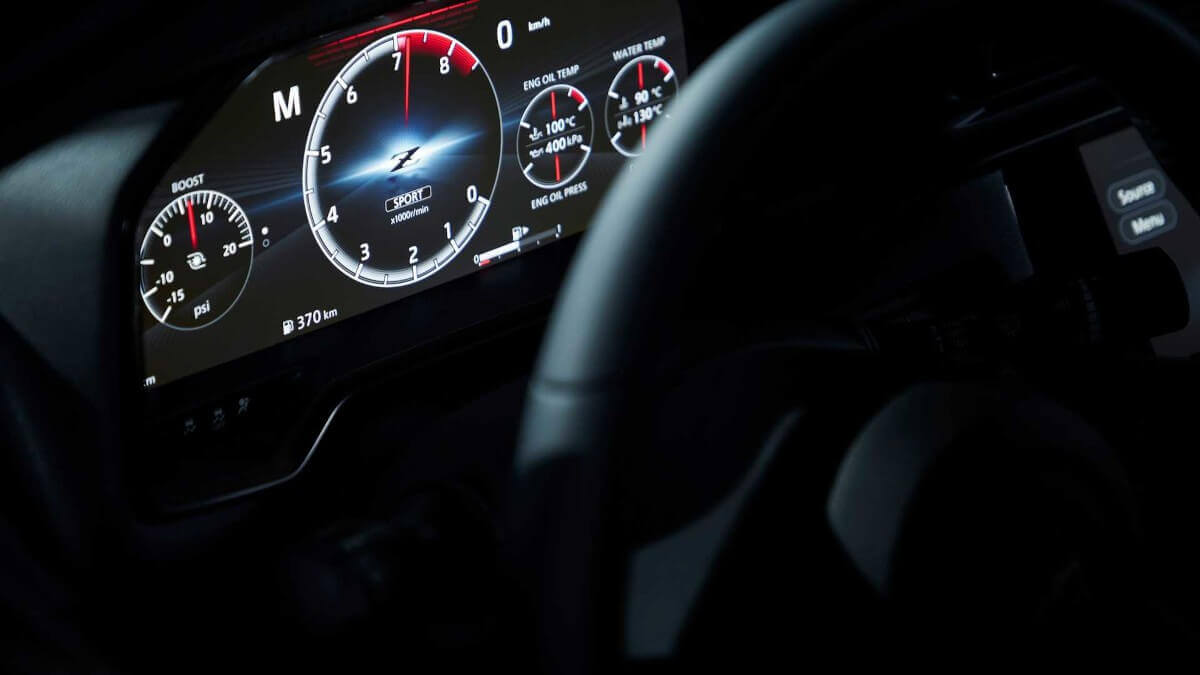 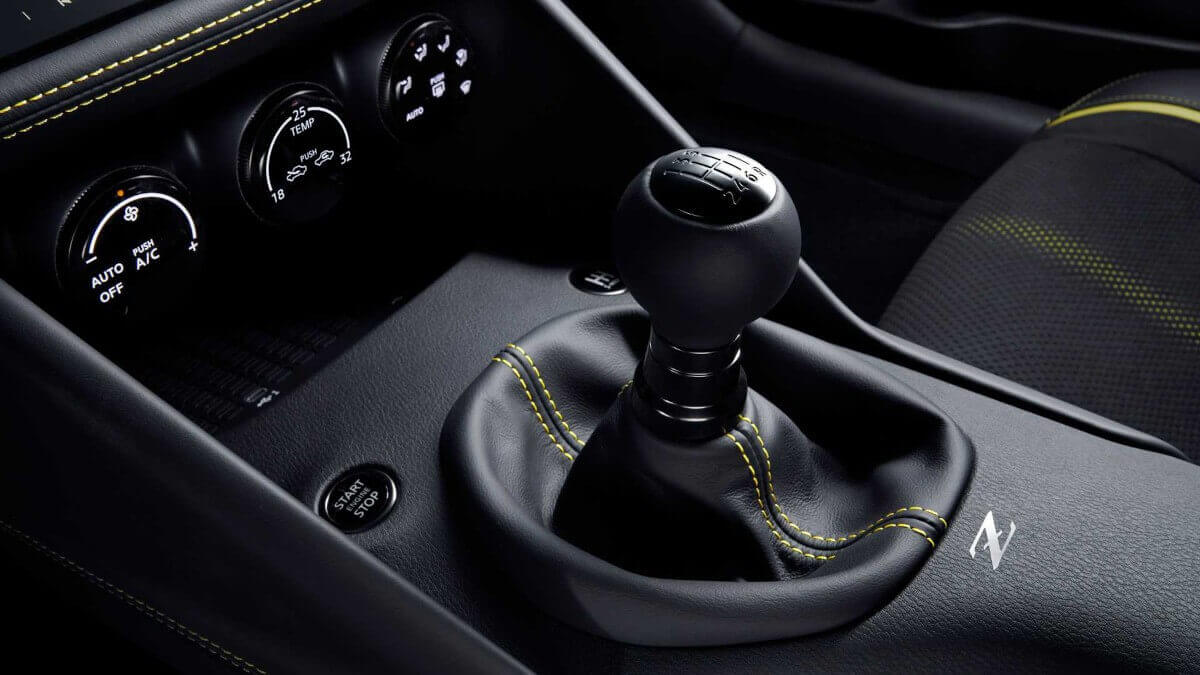 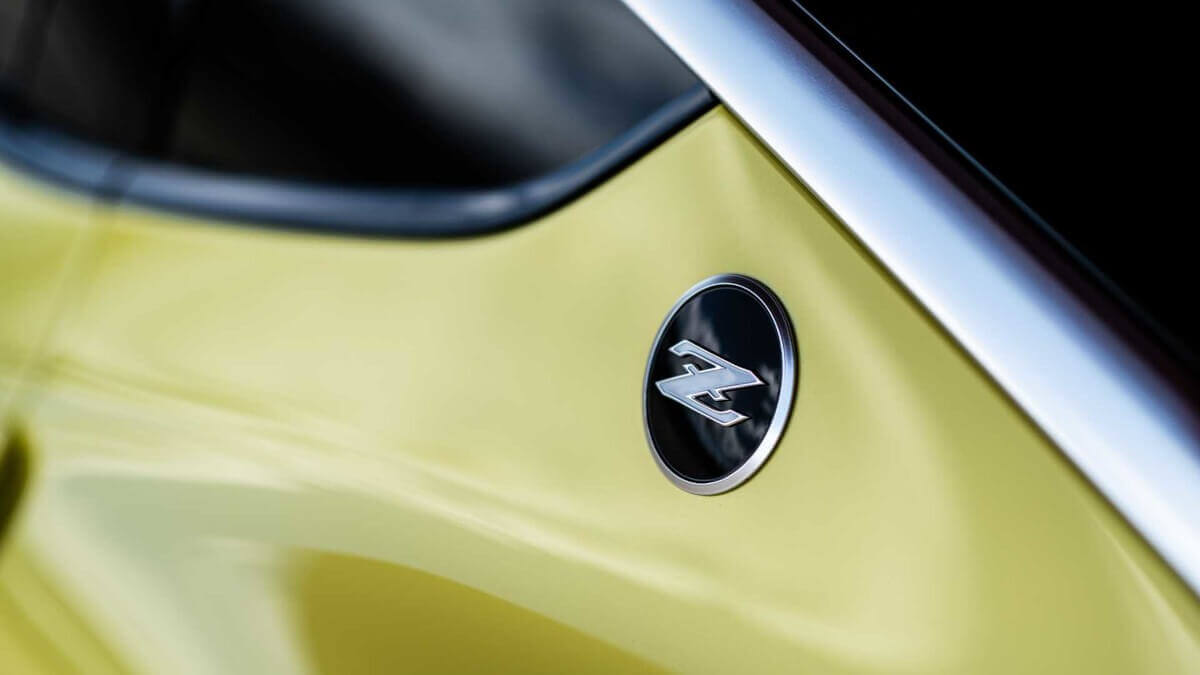 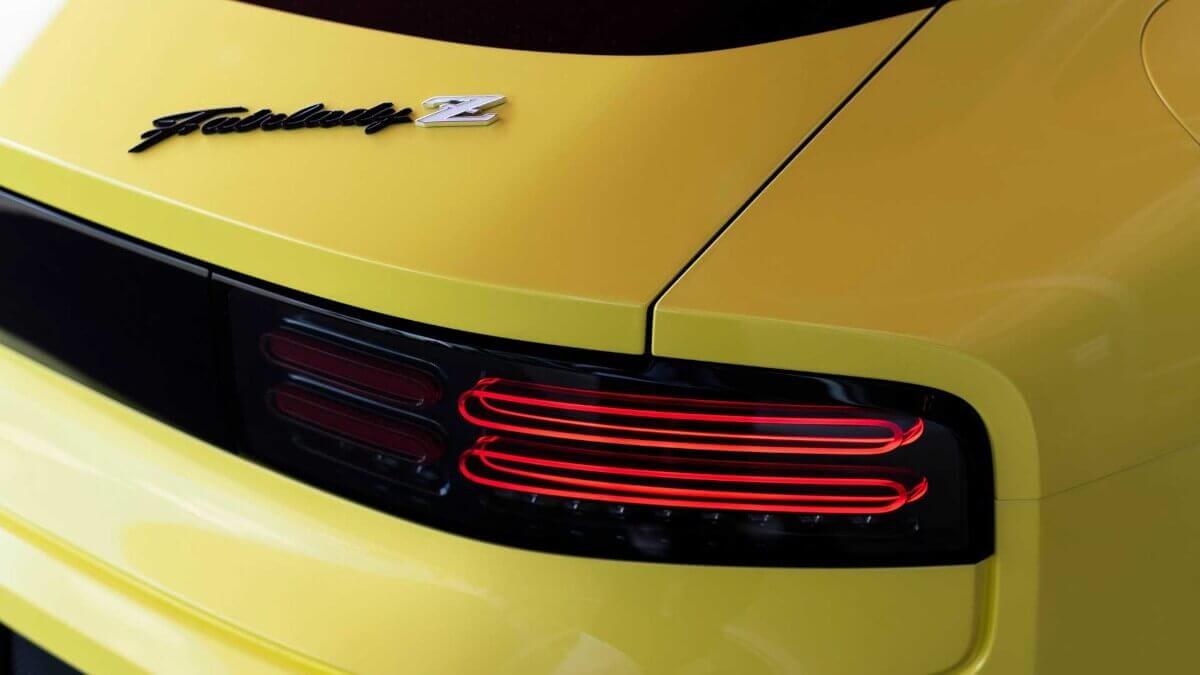 Optically, the Nissan Z Proto picks up many details of previous Z models. This starts with the bright yellow paintwork, which was already available in a similar shade on the 240Z, and continues with the shape of the lighting units at the front and rear with echoes of different Z car generations. On the trunk lid below the rear window, there is a ‘Fairlady Z’ lettering, which was always present on the American versions. In addition there are modern carbon fiber elements such as the front spoiler lip, the side skirts and the rear diffuser with two integrated exhaust pipes. 19-inch alloy wheels with Dunlop SP Sport Maxx tires fill out the wheel arches, with additional ‘Nissan Z’ lettering on the tire walls. Compared to the 370Z, the Z Proto increases in length and width, but is slightly flatter.

In addition to the exterior, the interior of the Nissan Z Proto already looks very production-ready. Instead of analogue gauges, a digital display sits behind the three-spoke multifunction steering wheel with the Z logo. A further touchscreen display is located centrally in the dashboard, on which three additional instruments have been mounted on top. The seats are trimmed in black leather and Alcantara, with a center panel in cloth, complemented by light yellow stripes and stitching.

Sadly not for Europe

A production version of the new Nissan Z is expected for mid 2021. However, the Japanese manufacturer announced that according to current plans, this sports car will not be launched on the European market because emission regulations would be different here and the sports car market in general is in decline. Hopefully this decision will be reconsidered.