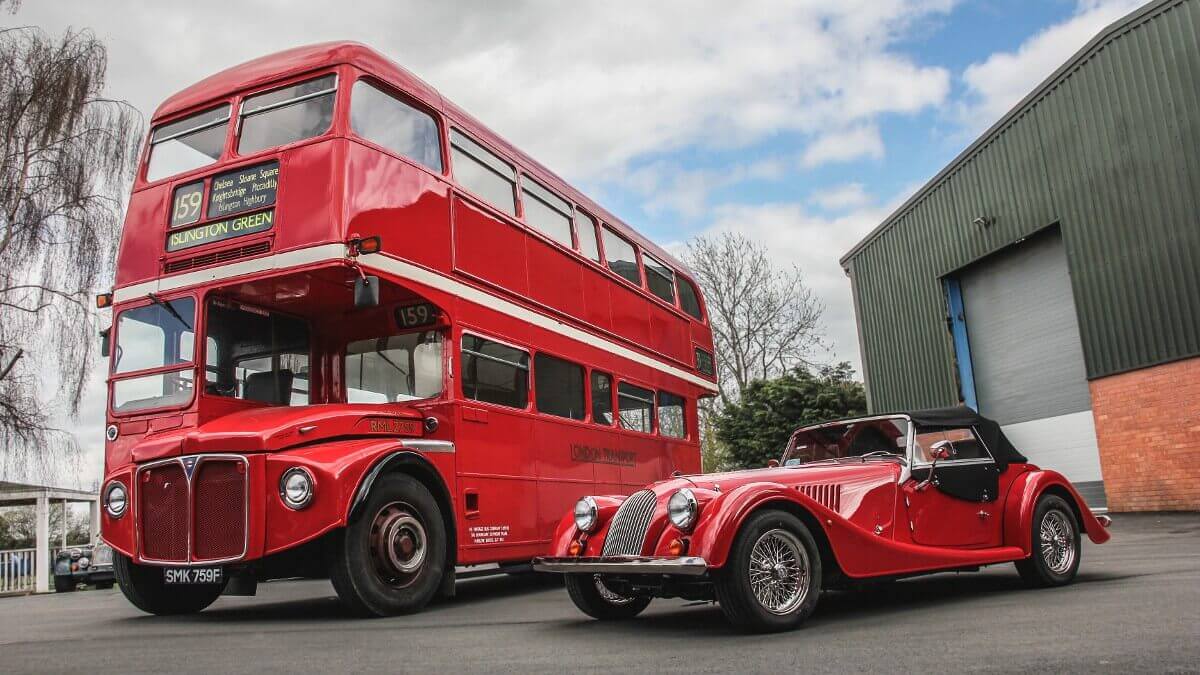 During Geneva International Motorshow Morgan showed the jubilee special edition of the Plus 8 which also marks the (provisional?) end of its production (we featured it). Not only with this limited edition of 50 cars but with some events Morgan will celebrate this car birthday. Because of this they bought another vehicle which is turning 50 years old: A Routemaster RML2759, better known as London Bus.

Likewise with the classic Morgan Plus 8 the typical red doubledecker bus from British capital city is well-known all over the world. The one bought by Morgan wears license plate ‘SMK759F’ and has been delivered for its service in January 1968. Over 1.5 million miles later it took its final journey from Marvel Arch to Brixton on 9th December 2005 with a big crowd gathered along the route. So this is the second-to-last edition to have been withdrawn from service with only one RML2759 serving longer and now being exhibited in ‘London Bus Museum’ at Brooklands. Power comes from a 7.7 litres Diesel engine from Iveco.