Between 1926 and 1930 Mercedes-Benz built the Type S (internal code W 06) as their top-of-the-range model with a 6.8 litres inline six-cylinder engine. A vertical shaft is used to drive both overhead camshafts. By activating a Roots-blower the normal power output of 88 kW/120 PS can be upped to 132 kW/180 PS for a short period of time. Roots-blower are a variant of superchargers. A manual unsynchronized four speed transmission puts the power to the rear wheels. The sports car can reach up to 106 mph.

Later on the chassis with a wheelbase of 3,400 millimeters was used for even sportier versions like the SS, the shortened SSK and the enlightened SSKL. As Type S the Mercedes was offered with two or four seats and could also be ordered as a naked chassis to get a bodywork from a coachbuilder. Such an example can be seen in our gallery. It is a Type S Tourer with Boat Tail body from British company Barker. 1927 the racing enthusiast and co-founder of ‘British Racing Driver’s Club’, Earl Howe ordered this unique car. 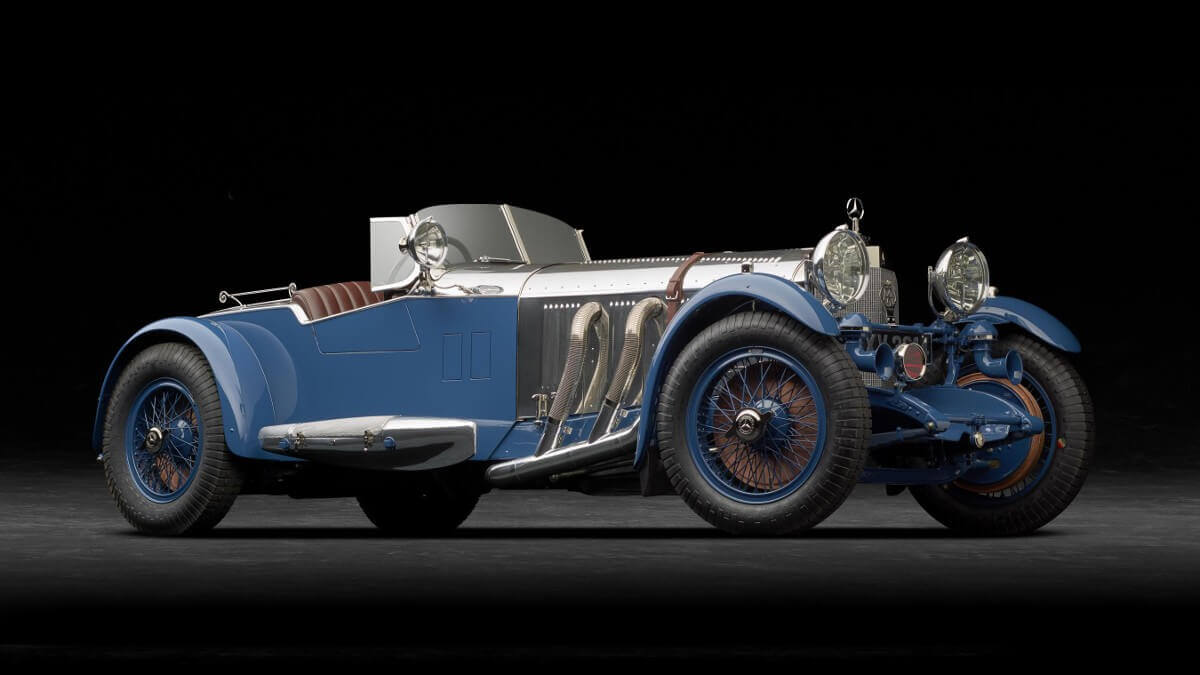 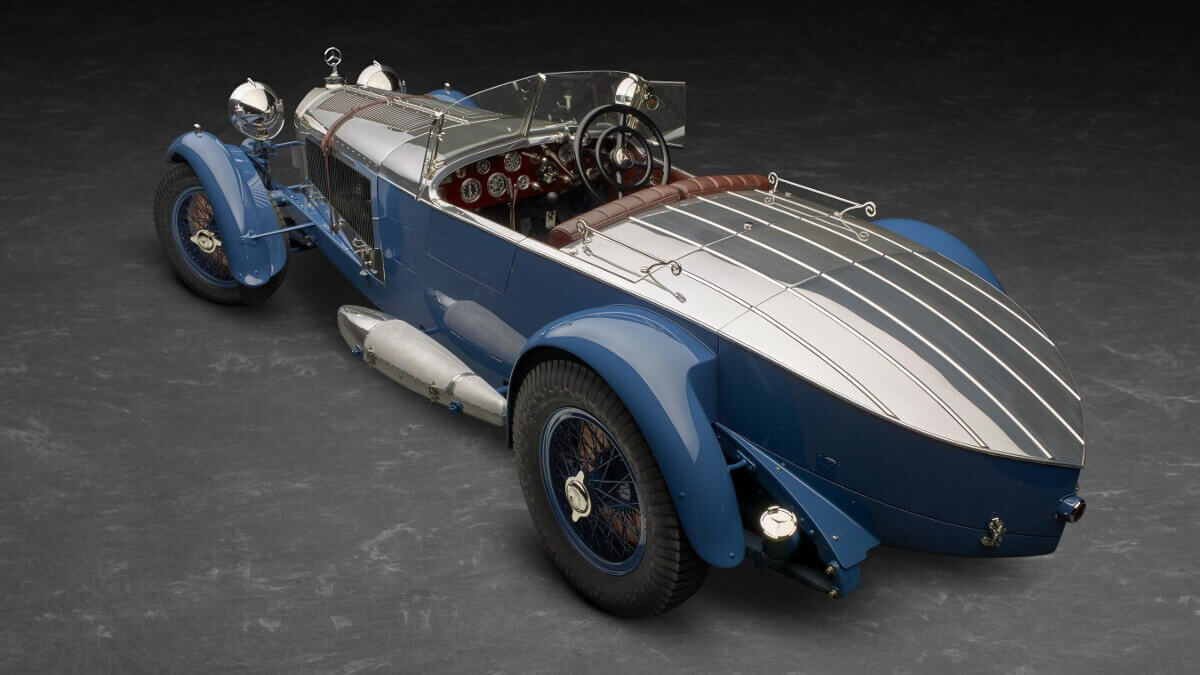 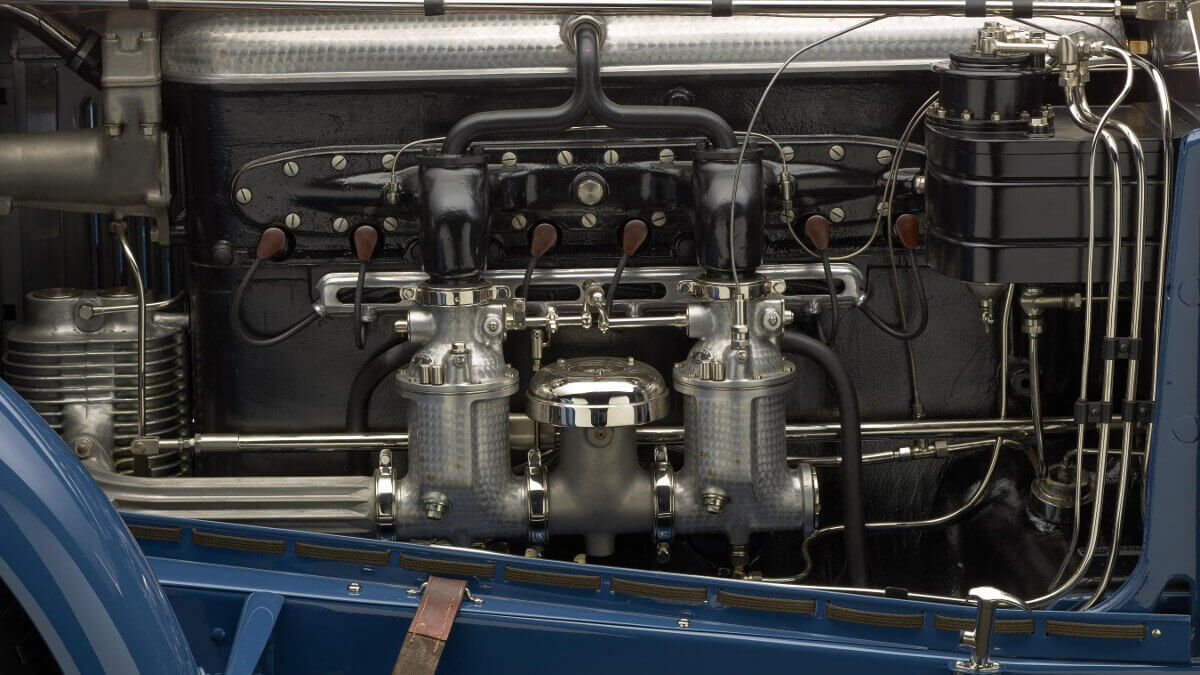 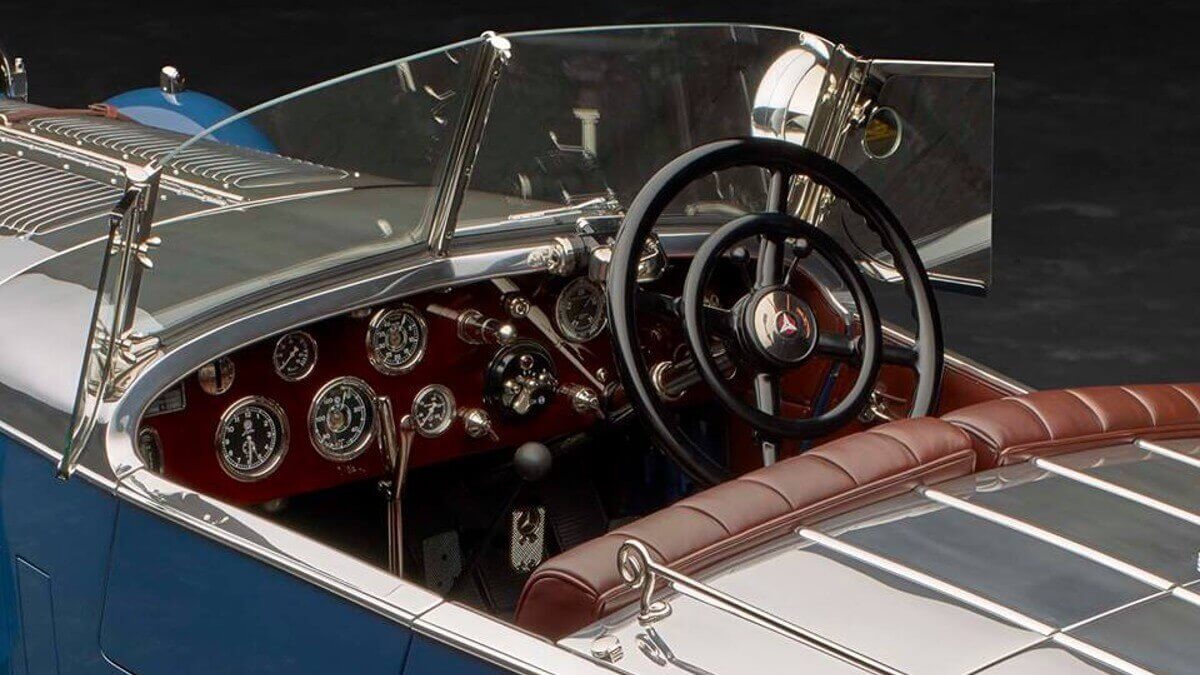 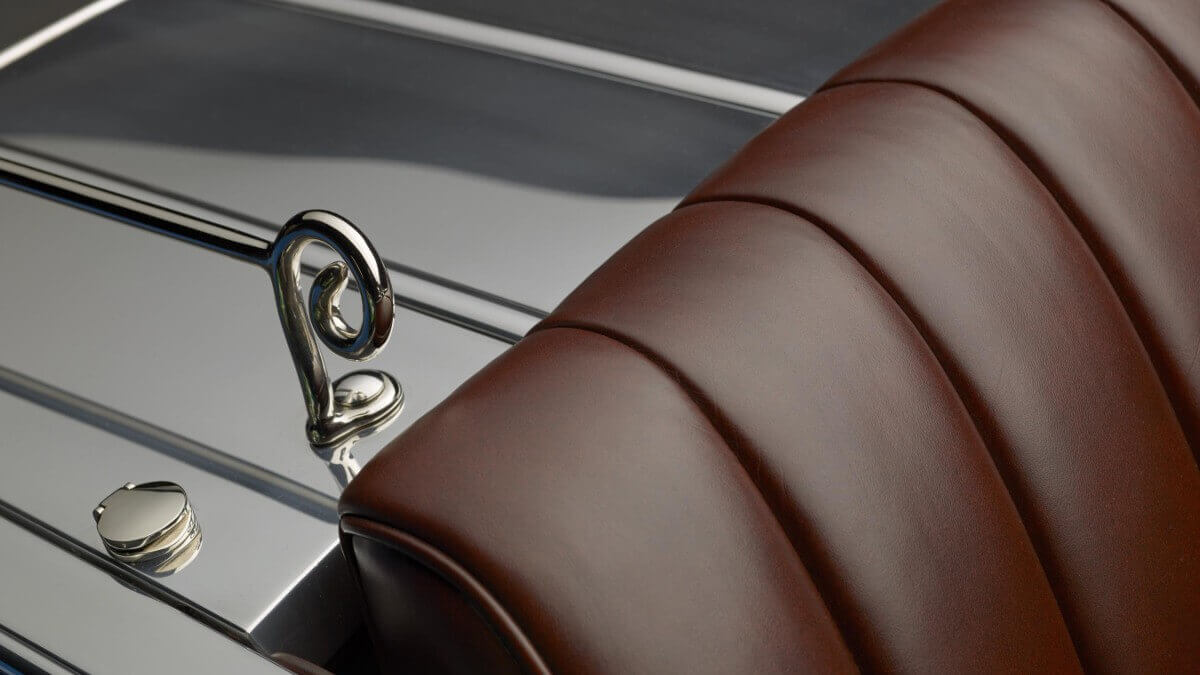 Inspired by aerodynamic explorations of the days the car got some unique features like the aluminium pods between the wheels. Howe owned the partly blue painted and partly in polished aluminium produced car until 1958 when he sold it to a new owner in USA. It still is at home in America today, but will come over to the United Kingdom for a short visit.

Its first US-owner repainted the car in a dark maroon brown and put a spare wheel to the rear part instead of its characteristic boat tail. These changes have been undone by its current owner during a three year long painstakingly restoration. This was only possible after old photographs of the car surfaced and showed details like the rear design or an additional red headlight. This has been given to Members of British Parliament in the 1920s to show other road users their status. While disassembling the car also some parts of its original ‘Peacock Blue’ paintwork have been discovered.

Car fans have the opportunity to see this 1927 Type S Barker Tourer Boat Tail at Concours of Elegance at Hampton Court Palace from August 31 to September 2. Last year this car won ‘Best of Show’ at Concours d’Elegance in Pebble Beach.